Things to Do in Dublin Before You Die

If Dublin has been hanging out on your bucket list for a while, consider moving it to the top. Not experiencing all of what Ireland’s quirky, cosmopolitan capital has to offer in your lifetime would be a tragic mistake! You’ll be overwhelmed by the city’s rich history, vibrant culture, world-class food and drink, and best of all, friendly locals who will bring a smile to your face. Don’t die before you experience a little of Dublin!

Take a selfie with The Spire of Dublin

As soon as you arrive in Dublin, you’ll notice an extremely tall needle-like monument that looks like it’s scraping against the sky. This is the Spire of Dublin, which towers 390 feet above O’Connell Street. It’s also known as the Monument of Light because on sunny days the stainless steel structure seems to glow, and it’s lit up by an external spotlight at night -- a beacon of light for all in Dublin to see. 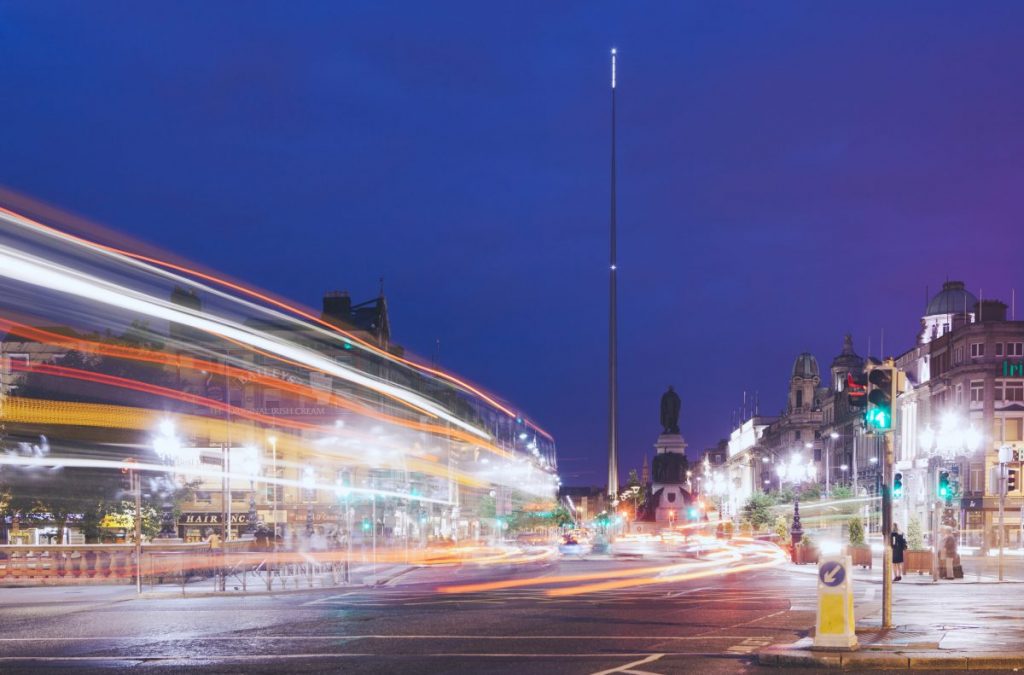 Drink a pint of Guinness at the source

Even if you aren’t a fan of the bitter black stout, The Guinness Storehouse, located at the heart of St. James’ Gate Brewery, is a must-see. The Storehouse ranks among the most popular tourist attractions in all of Ireland. The interior of the building itself is designed to look exactly like a pint of Guinness. At the end of the tour, you are invited into the glass-walled Gravity Bar at the very top, where you are rewarded with a free, freshly brewed pint of Guinness. Enjoy it while taking in 360 degree, panoramic views of the city of Dublin from 144 feet up in the air. 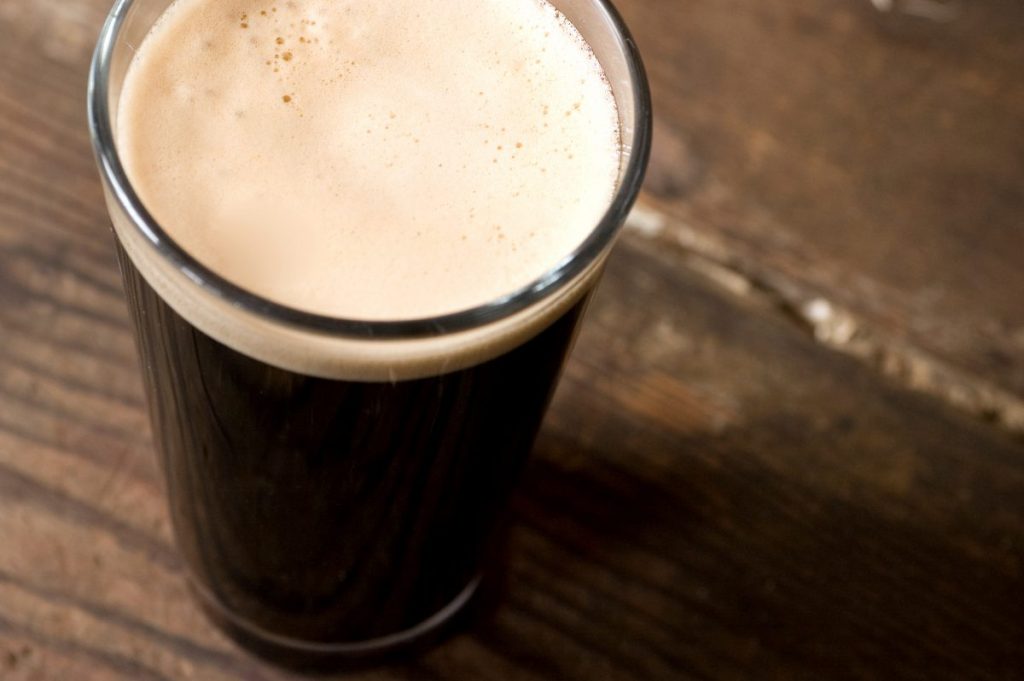 Whether or not you’re the religious type, this 800-year-old medieval cathedral in the heart of Dublin is worth a gander, with its flowery gardens and glowering gargoyles. The cathedral, which is officially known as the National Church of Ireland, is both the tallest and largest church in the country. Fun fact: the expression “to chance your arm,” which means to take a risk, originated here when the Earl of Kildare cut a hole through the door and stuck his arm through to wave a truce during the Butler-Fitzgerald Dispute in 1492. 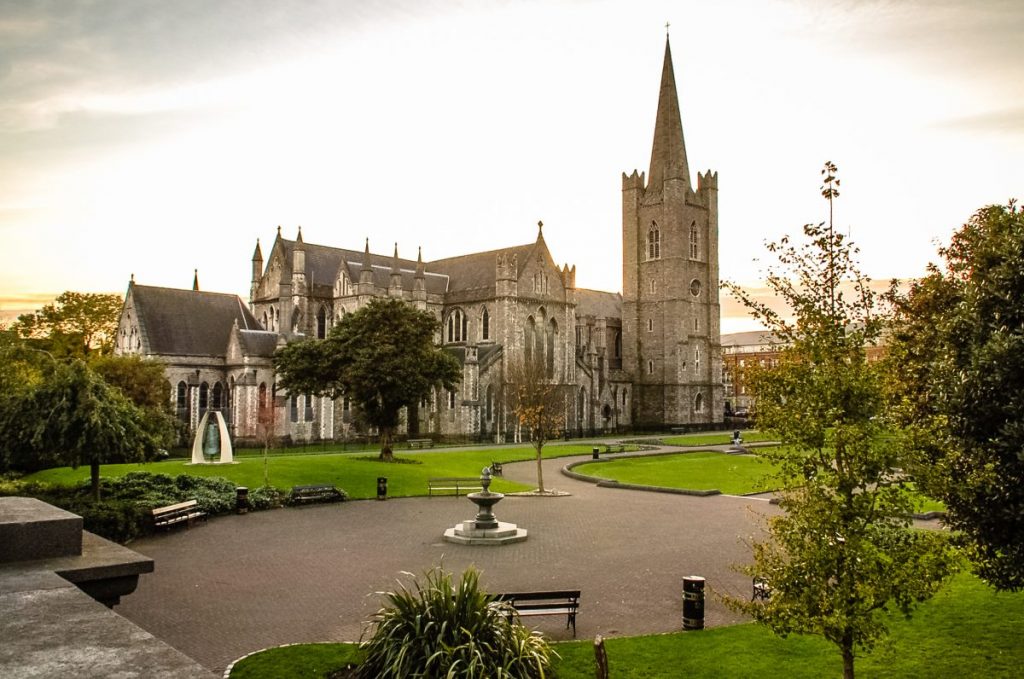 The white-picketed Ha’Penny Bridge, which you’ll find pictured on the front of just about any tourist brochure of Dublin, is famous for being the first pedestrian bridge to span across the River Liffey. The bridge got its name because pedestrians used to have to pay a ha’penny, or a halfpenny coin, to cross when it was first built in 1816. 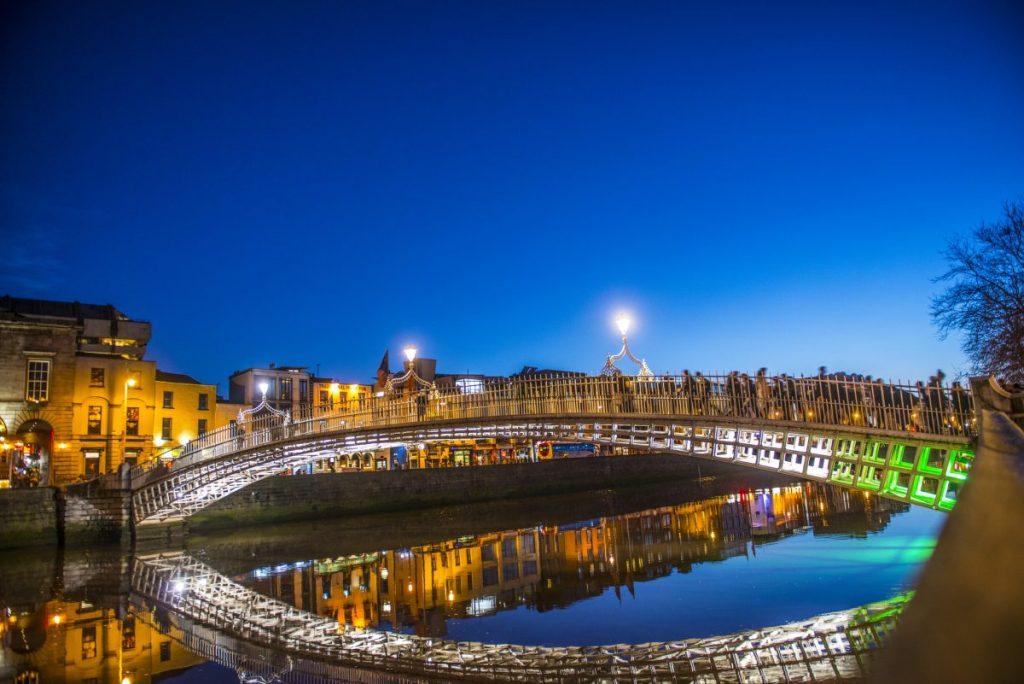 Admire the colorful doors of Dublin

Uniquely colored doors, once used to differentiate between people’s houses in a city where many residences were built to look the same, are now an iconic characteristic of Dublin. You can find photos of Dublin’s doors, which come in every color of the rainbow, on souvenirs all over the city, such as postcards, framed prints, and calendars. 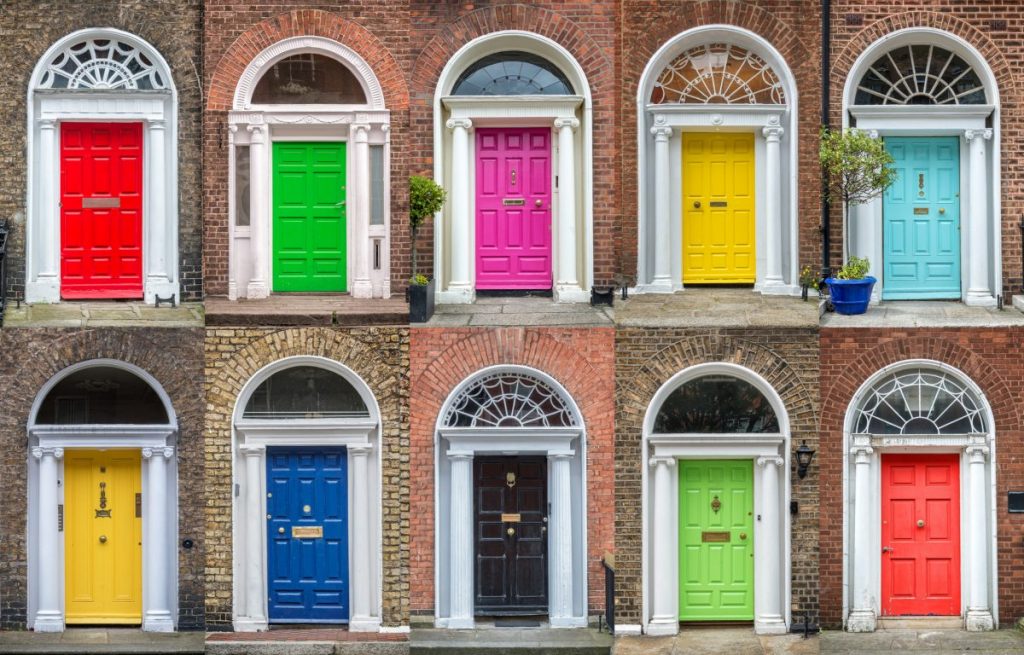 Travel through time in an Irish castle

Want to step back in time? Then you’ll want to head straight to Dublin Castle, an incredible structure with more than 800 years of Irish history contained within its walls. Majestically situated on the highest ridge in the area, the castle grounds span over 11 acres. With both guided and self-guided tours of the gardens, rooms, and many museums on the property, missing this medieval marvel while you’re in Dublin would be a royal mistake. 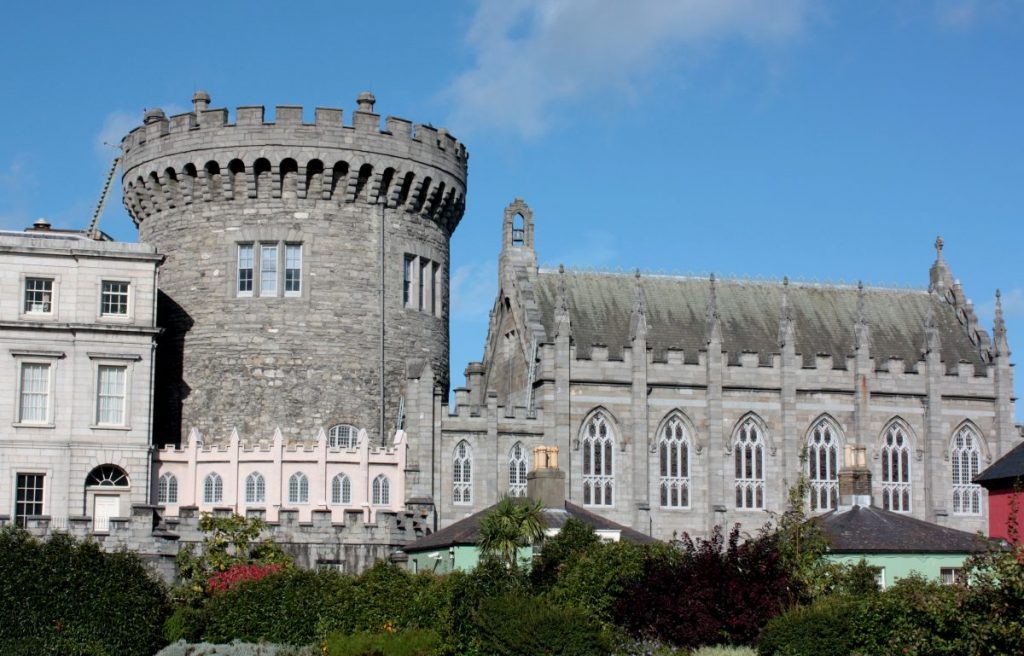 Look around the Little Museum

For a Little Museum, this place sure has a lot to say. The Little Museum of Dublin tells the story of the city over the last century in little pieces, with exhibits ranging from music to films to culture to politics. The people of Dublin have donated almost every artifact, so everything in the museum has its own unique and personal story. Just don’t let the statue of U2’s Bono with devil horns startle you. 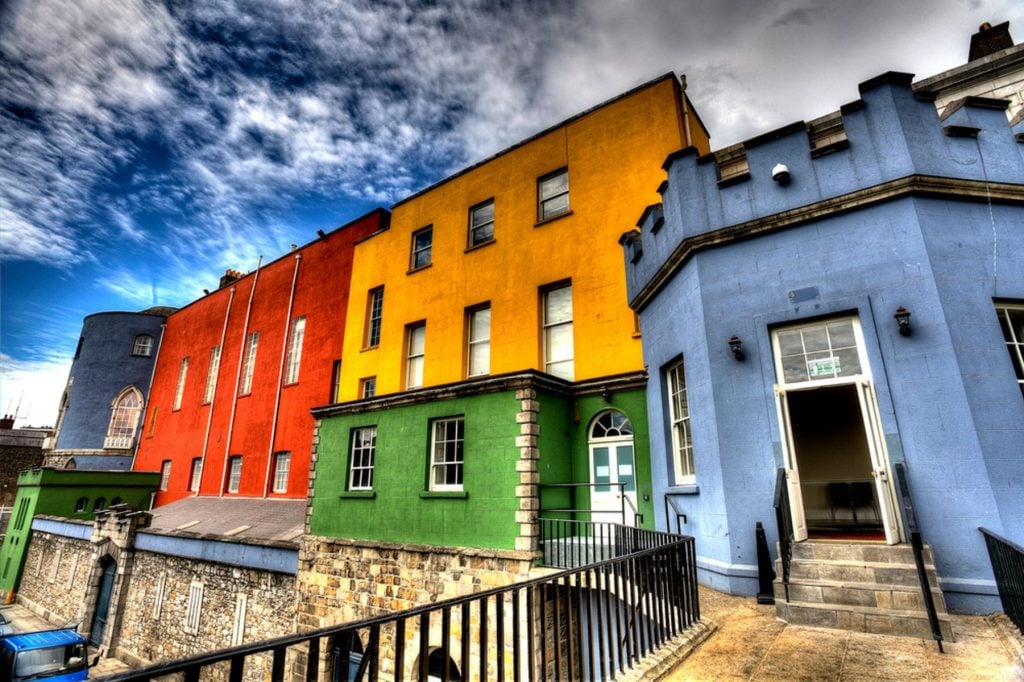 Stretch out on St. Stephen’s Green

If the sun is shining in Dublin, make a beeline to the glorious grounds of St. Stevens Green. There, you can lounge on acres of lush green grass, just like the locals do. Stop in at a local cafe on the way to buy a snack to eat al fresco, sunbathe, or crack open a book. The pastoral park offers winding paths to walk, jog or bike. With old stone bridges spanning bodies of water, monuments, blooming flowers, and shady trees, it’s hard to picture a more picturesque setting for a relaxing afternoon. 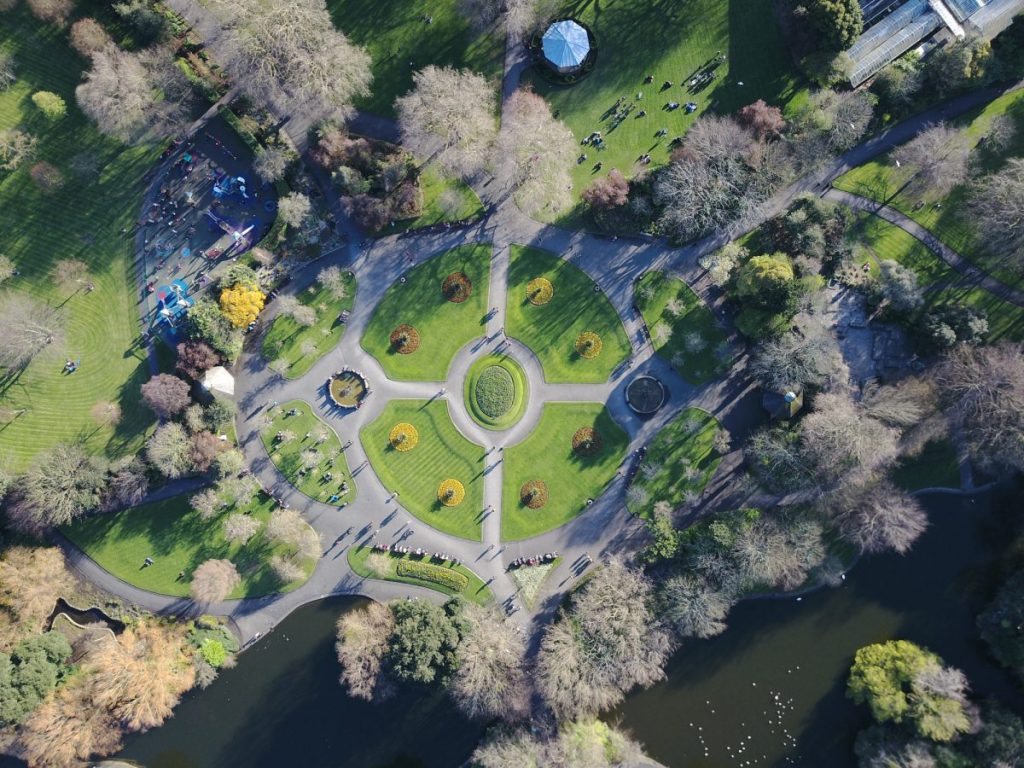 Meet a mummy at the National Museum of Dublin

If you feel the need to satisfy your morbid curiosity, you can ogle The National Museum’s remarkable collection of “bog men” -- perfectly preserved mummified bodies recovered from bogs all over Ireland, dating all the way back to 2000 BCE. Other unmissable exhibits at the museum include its literal treasure trove of gold and jewels to walk amongst like royalty, and a world-class Viking exhibit that will make you feel like you’ve just stepped off a longboat. 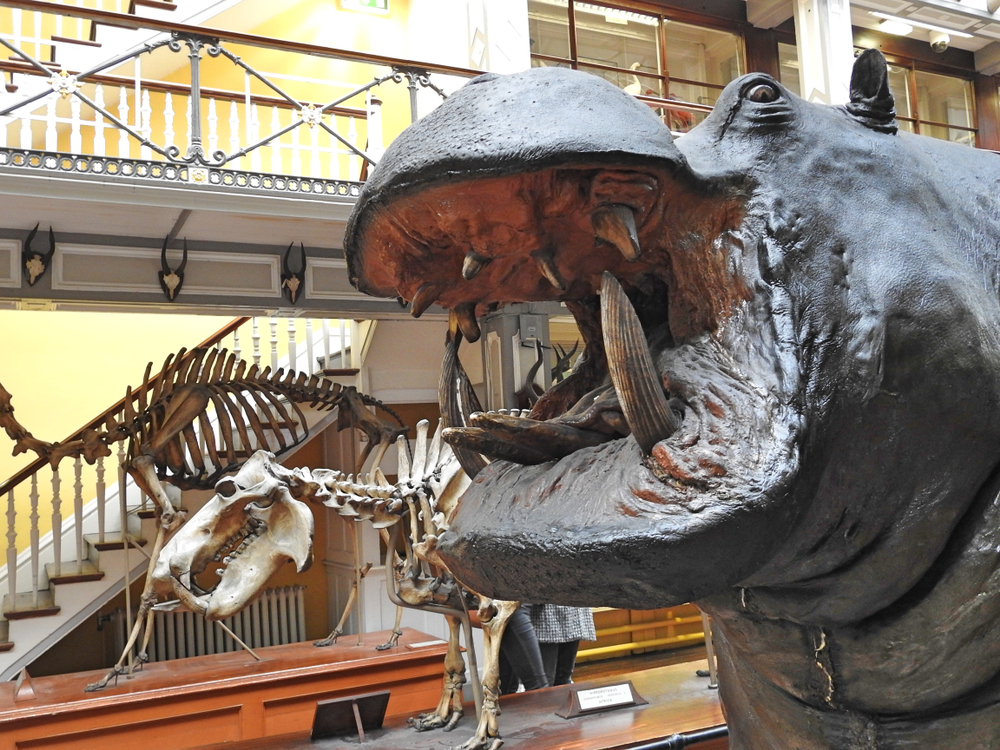 Hang out with the locals at Temple Bar

If you want a great way to end the perfect day in Dublin, Temple Bar can’t be beat. Despite its name, Temple Bar is not just a single bar. It’s the name of Dublin’s busy riverside neighborhood, lined with cobblestone streets and hopping with Irish nightlife. If you want a little excitement as the sun goes down and beyond, this is where you’ll find it. At the heart of the neighborhood, there actually is a Temple Bar. And it happens to be the most famous pub in the area, and people from all over the world flock there to have a strong drink or three within its famous walls. 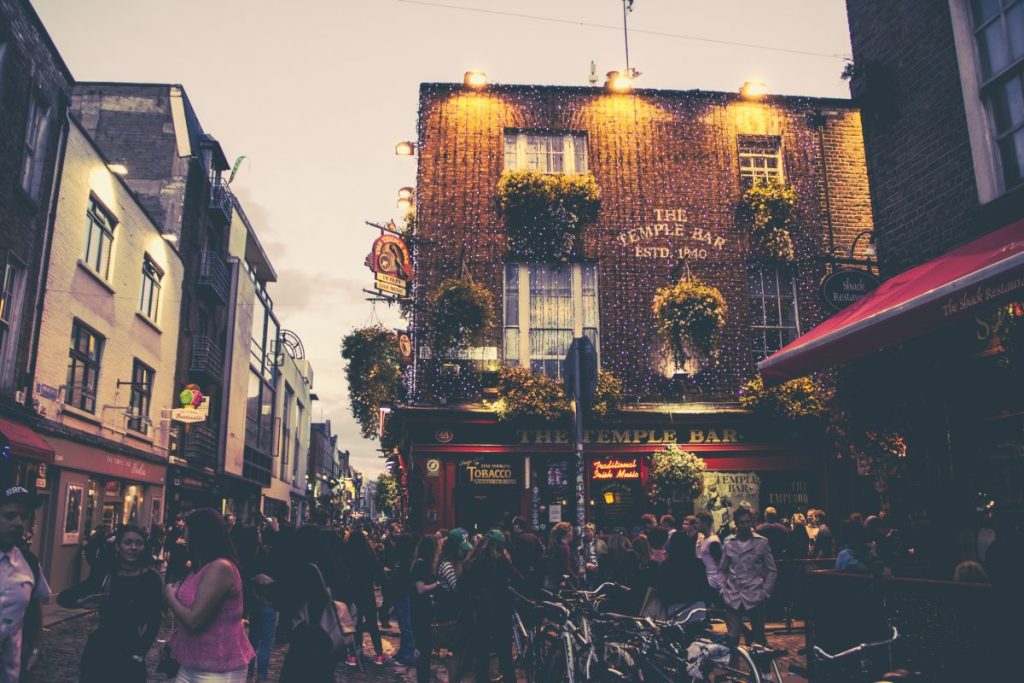