Things To Do In Aruba When You Visit

Aruba is a spot people sitting in the middle of winter storm dream of when they think of a place to escape the cold. The tiny island is located in the Caribbean Ocean near the South American country of Venezuela and is known for its pristine beaches, warm breezes, and crystal blue waters. The island is also home to animals and plant life not found anywhere else in South America. When you visit Aruba, you're going to need some things to do.

Go to the Beach

The best beach according to people who have visited Aruba is Eagle Beach. It is near the northwestern tip of the island near the city of San Miguel. The beach features soft white sands, warm blue waters, and plenty of sunshine. Eagle Beach is also home to the most turtle nests on the island. It is typically open between 7 a.m. and 9 p.m. except for Easter weekend. During Easter, people are allowed to camp overnight on the beach. 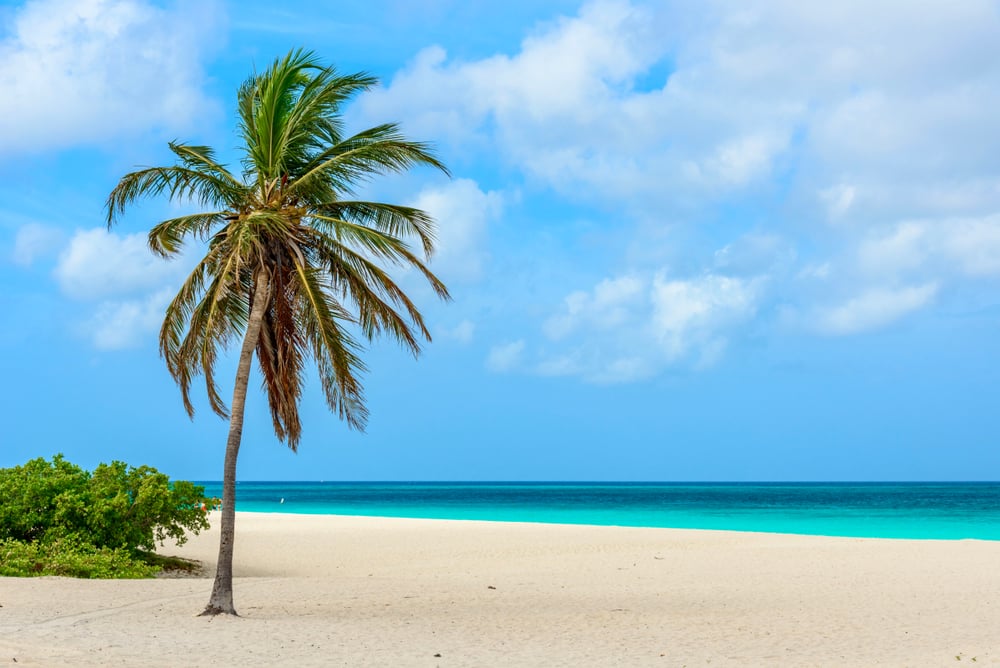 Where to Go for A Brew

The best place to go for a beer made at a local brewery is Fireson Brewing Company in Noord. It is a locally-owned brewery that was founded in 2018 and is fast becoming the go-to place for IPAs and Stouts served in Fireson's air-conditioned taproom. The taproom regularly organizes special events and has other drinks available for those looking for something besides beer to drink. The brewery is open Monday - Thursday from 4 p.m. - 12 a.m. and 5 p.m. - 2 a.m. on Friday and Saturdays. 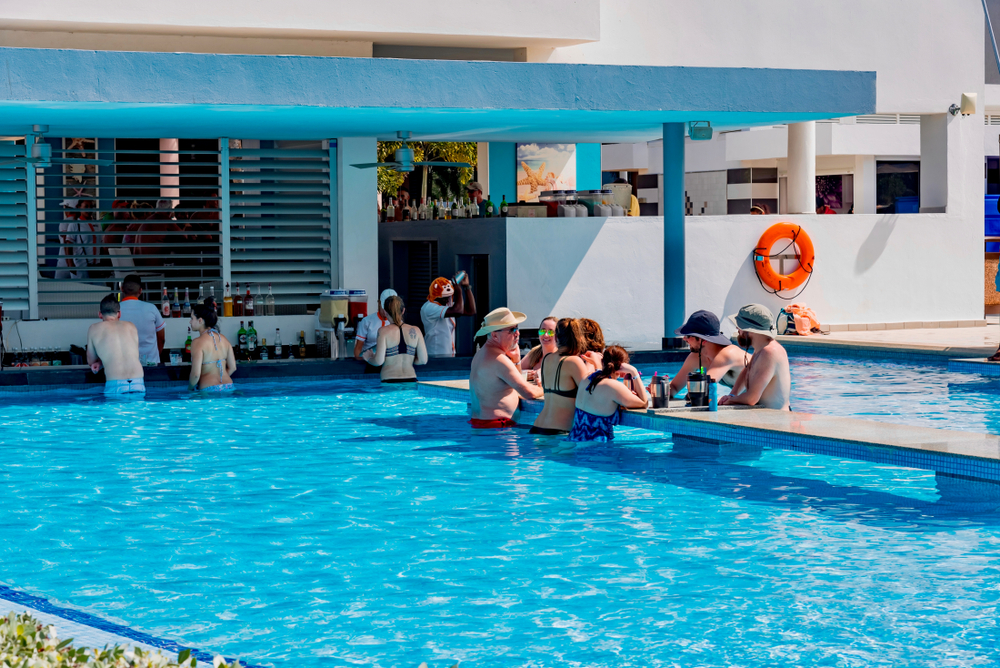 Take some time to learn about the history of Aruba and how it came to be. The best place to go is the National Archaeology Museum Aruba in Oranjestad. The museum was opened in 2007 within a group of reclaimed historical buildings and features artifacts and exhibits detailing the first residents of Aruba up through its time as a Dutch colony. The museum is open Tuesday-Friday from 10 a.m. - 5 p.m. and on Saturdays and Sundays from 10 a.m. - 2 p.m. 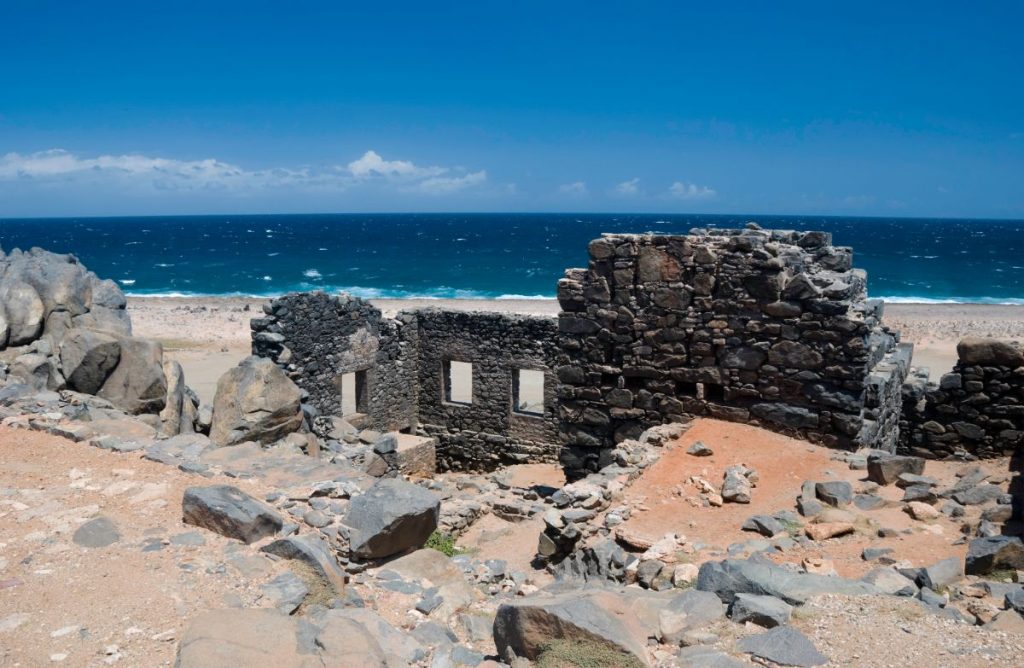 Go Diving Down to the Antilla

The clear crystal blue waters off of Aruba by the Palm-Eagle beach areas are perfect for scuba diving and snorkeling. There are sunken ships like the Antilla, a German freighter that was sunk to keep it out of the hands of the allied forces during World War II. You can see the wreck from the scuba diving boat, but you'll have to get into the water to get an up-close look. 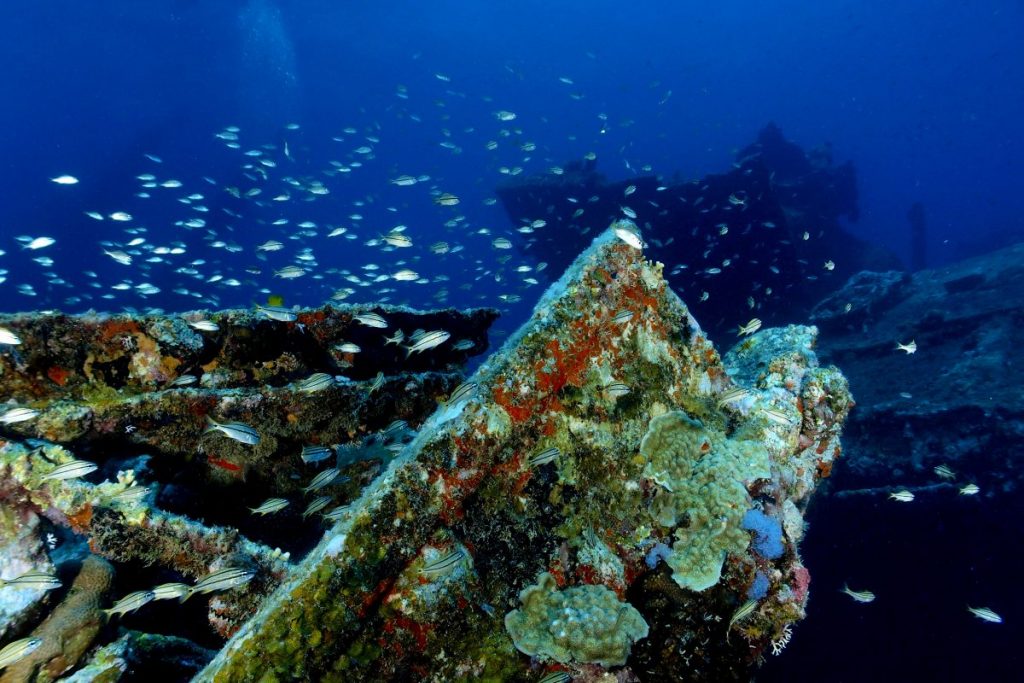 One of the best views in Aruba can be had at the Faro Blanco Restaurant in the north central region of the island. The restaurant sits on a hill next to the California Lighthouse. You will get spectacular views of much of Aruba as well as the stunning sunsets the island offers. The restaurant is open on Saturday and Sundays from 8:30 a.m. - 11 p.m. 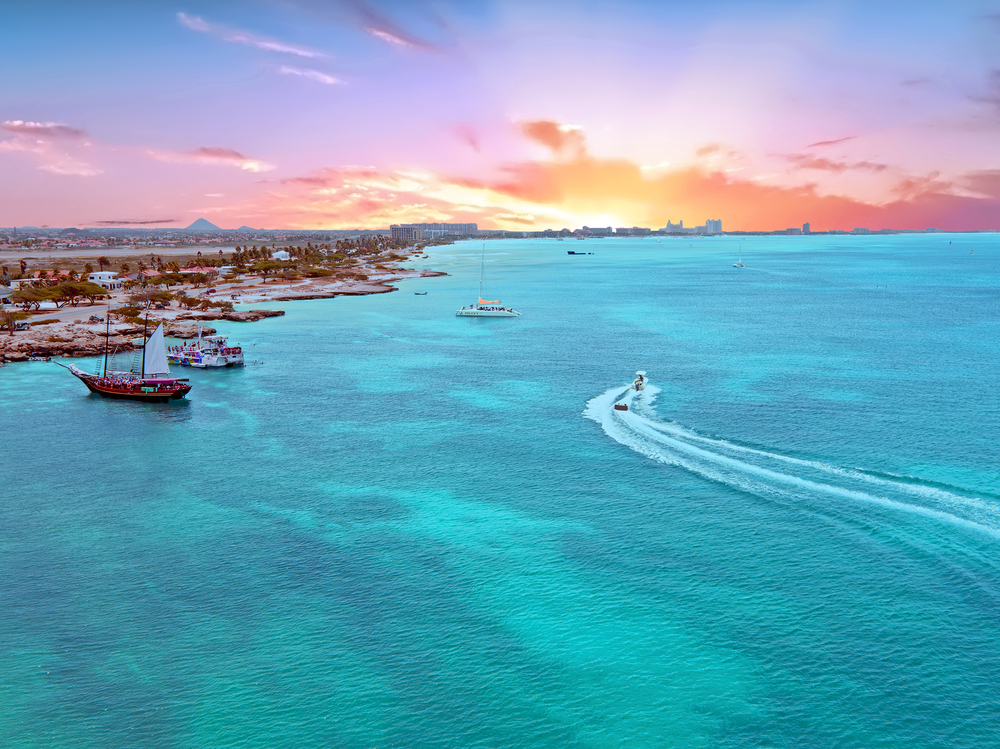 Hang Out on a Patio

You should take time to relax on a patio and take in the beauty and serenity of the island. The place locals and visitors like to go is Bugaloe Beach Bar and Grill at Palm Beach. The bar features a large patio right by the water where people can hang out, sip tropical drinks, and listen to live music. It has a double daily happy hour period and daily food specials. Bugaloe is open every day from 7:30 a.m. - 12 a.m. 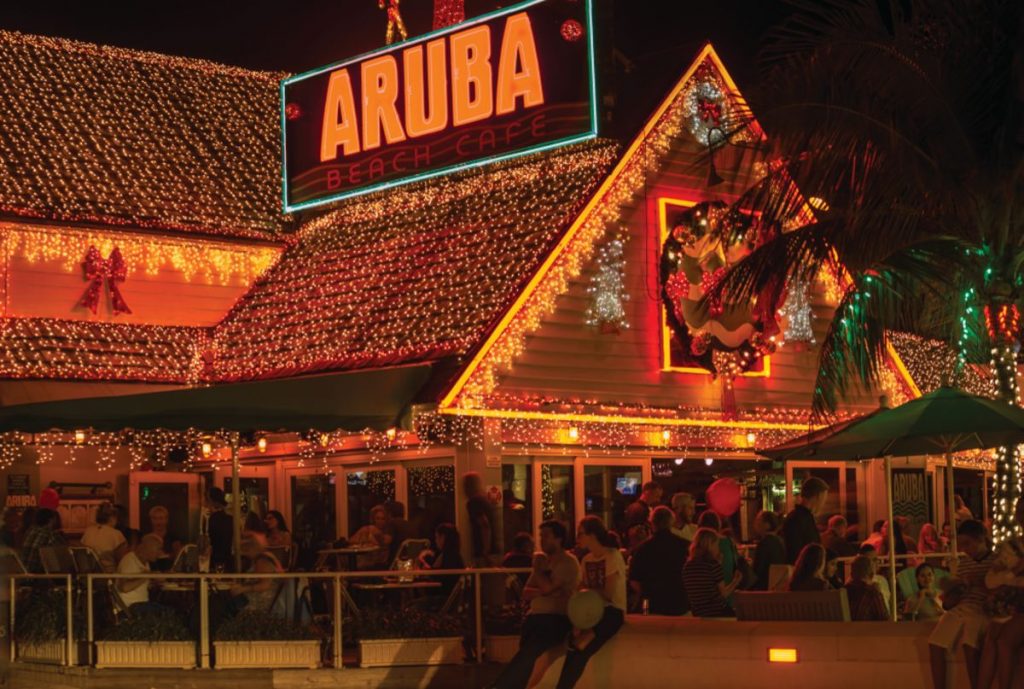 Arikok National Park is the best place to explore the different types of flora, fauna, and geology of Aruba. The park sits on the northeastern tip of the island and is home to Conchi. Conchi is a natural pool of water formed by volcanic rock and is one of the biggest attractions in all of Aruba. Arikok is open daily from 8 a.m. - 4 p.m. 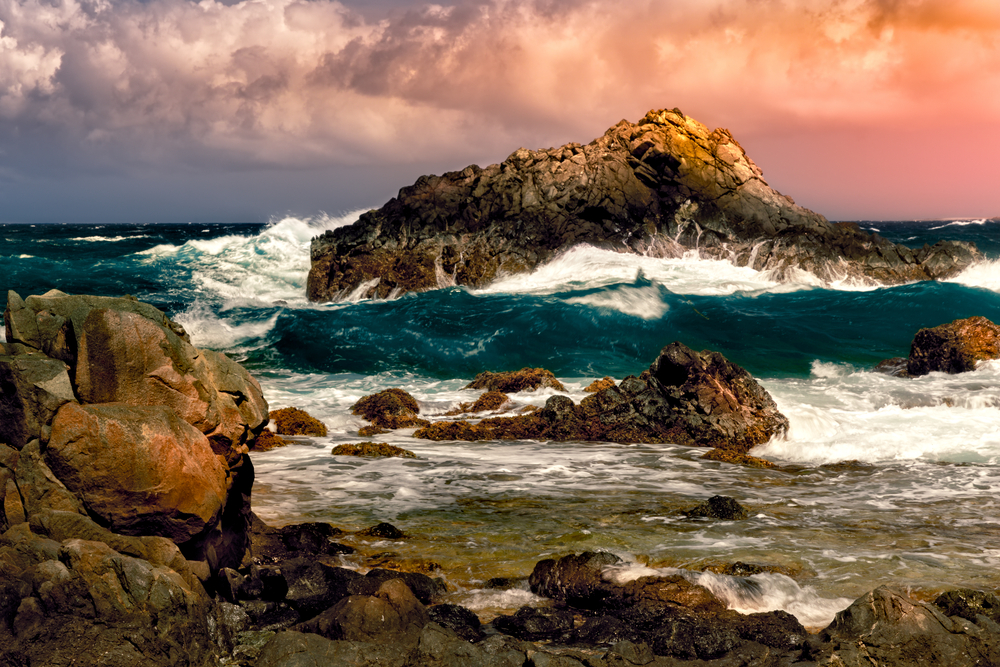 Celebrate at a Festival

Life can be good in Aruba, and the Carnival Festival is the time when people like to party. The festival is held each year in February and lasts for a couple of weeks. It features live music on the streets, all sorts of competitions and games, and a grand parade that will excite the old and young alike. 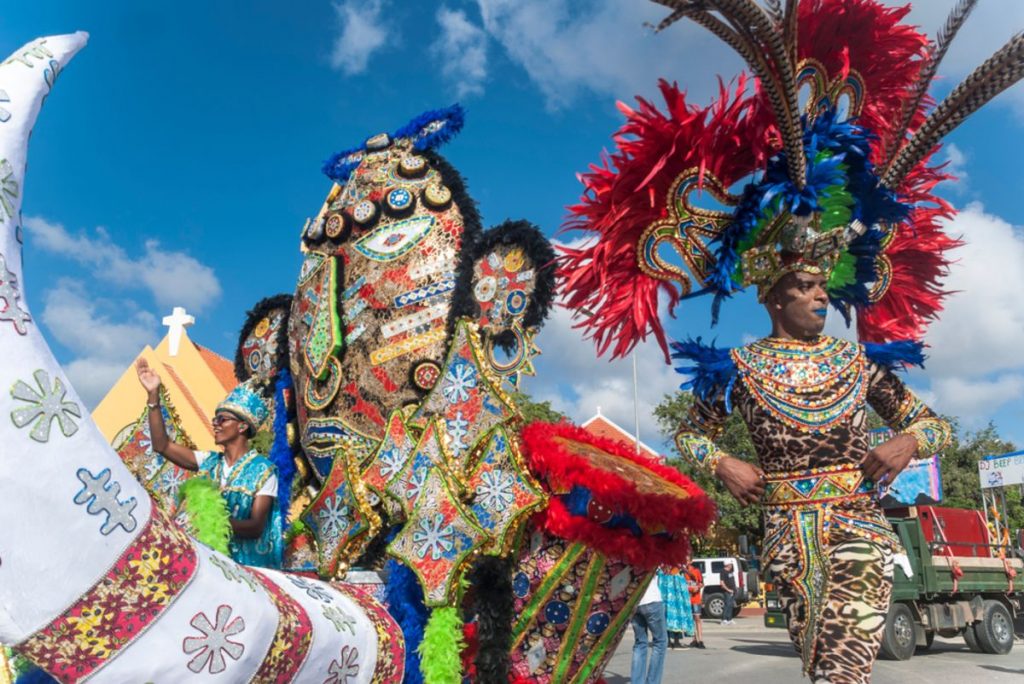 Get Your Coffee Fix

A favorite place of visitors and locals to grab a good coffee and kick back for an hour or so before the day starts is Tradewinds Coffee Spot Ponton in Oranjestad. The coffee shop offers a variety of regular and frozen coffee to suit your palate as well as sweets. It is open between 7 a.m. and 6 p.m. Monday - Friday and 8 a.m. to 4 p.m. on Saturdays. 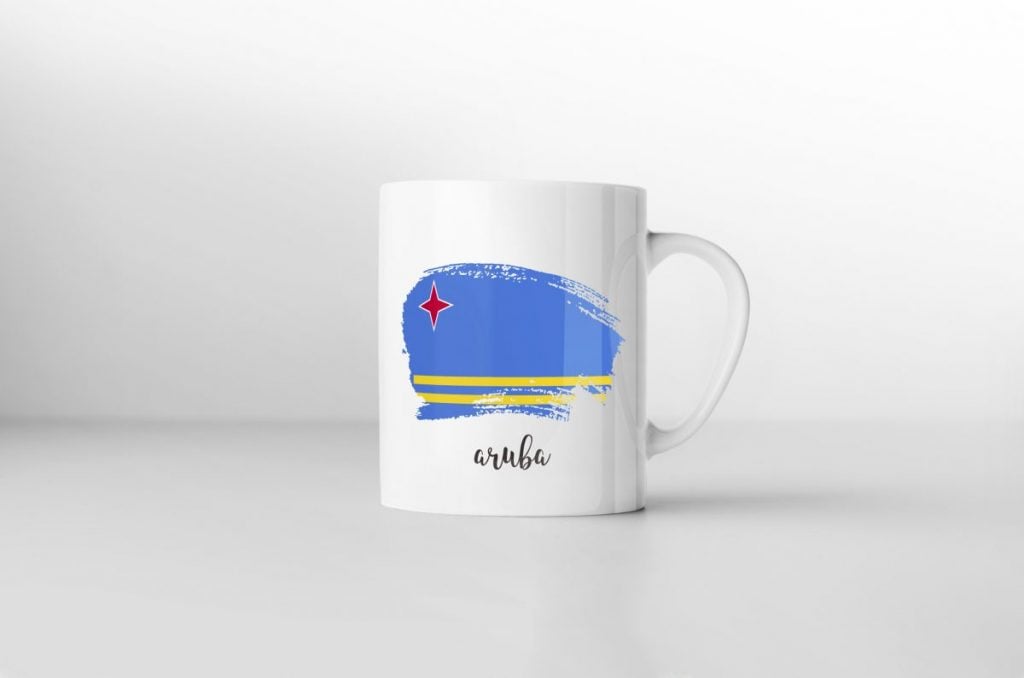 The temperatures are relatively stable year-round with the average highs being in the mid-80s to low-90s and the lows dropping to the mid to upper-70s. The best time to avoid the rainy season in Aruba is from February to June where the average rainfall is less than an inch per month. Rain starts to pick up in July through September with average rainfall totals between one and two inches. The winter months are very rainy with rainfall totals averaging over three inches during October, November, and December. It drops back down to under 2-inches on average in January. 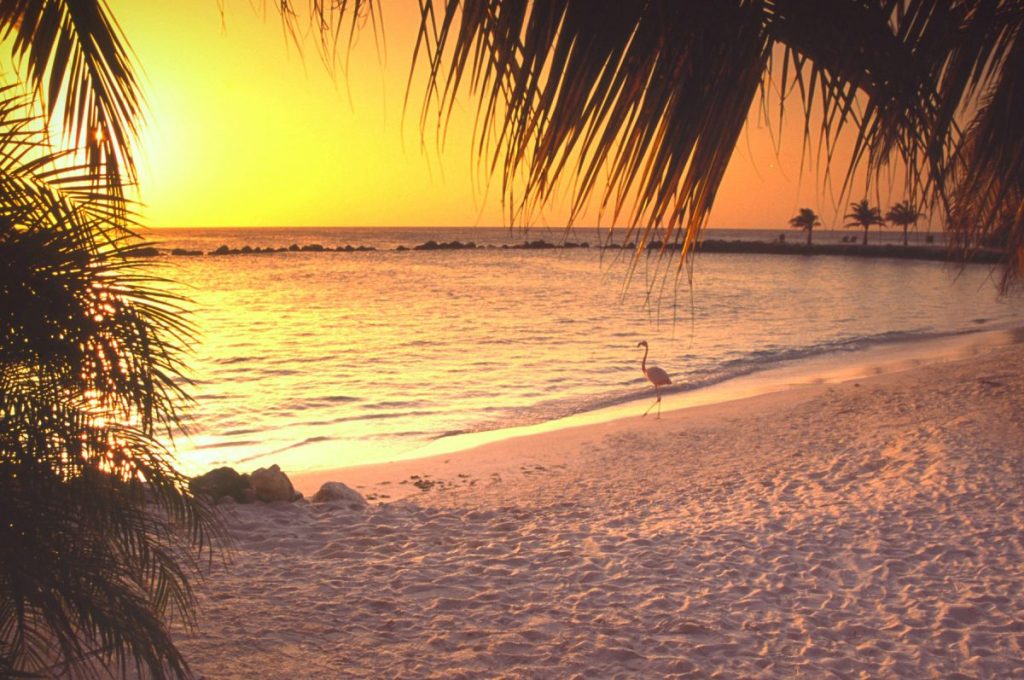