The Weirdest Beaches You Have To See To Believe

As a certain singing cartoon princess knows, the seaside has a powerful effect on us. Whether you prefer staring out to where the sky meets the sea or reading a book on warm sands, or claiming major bragging rights with your friends by taking a selfie on a technicolor beach, there are some seriously unusual beaches out there for you to discover. Some beaches are odd because of where they are. Others are interesting because of their color, or the tourist activities you can try on them. All beaches are special with a sense of charm; some beaches are a little more special than others.

Near Fort Bragg in California is the multicolored Glass Beach. Instead of regular sand, this beach is made of sea glass in many colors and hues. The sea glass is the remains of discarded glass that's been worn smooth over the years and washed onshore.

You can get onto this beach by walking along a coastal path, and clambering down a short steep section onto the beach. Check out some of the vivid colors and strange sea glass pieces yourself. As the sea washes up new finds on each tide, the beach is always changing. 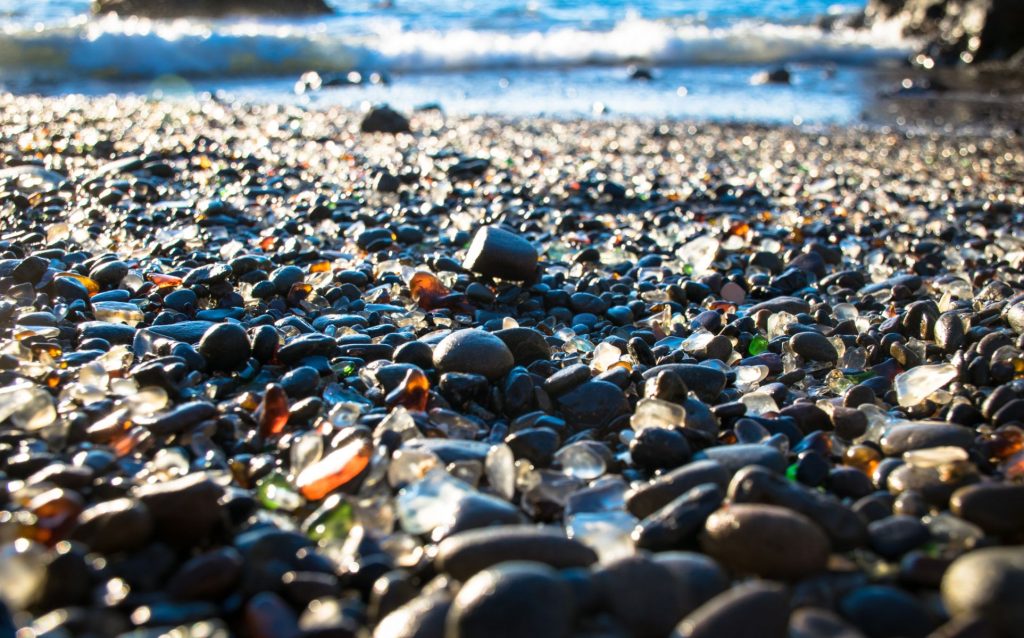 Made famous through Game Of Thrones, the black beaches of Iceland are not fake CGI - they are real. The stunning bleak and remote beaches are strangely romantic.

There are a few places in Iceland with black beaches. All of them are made from volcanic rocks that have been worn down into the sand by the sea. Reynisfjara is one of the most famous black beaches, which is near the tiny fishing village of Vík í Mýrdal. 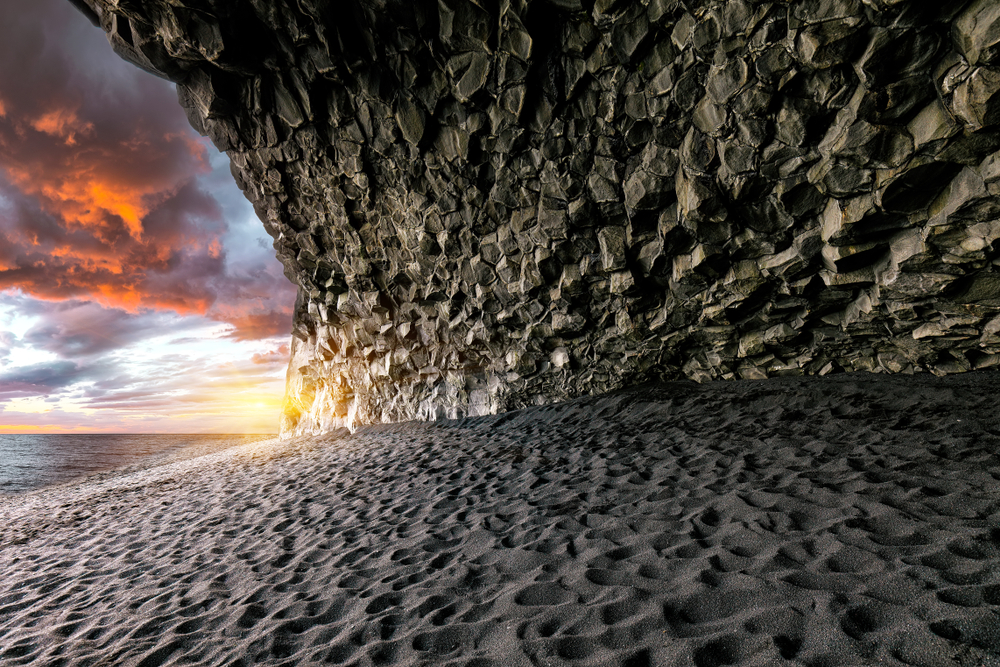 Ibusuki Beach in Japans's near-tropical south is another black volcanic beach. Here you may some unusual behavior. Locals and Japanese holidaymakers will pay to be buried up to their shoulders in the warm sands with an umbrella placed to keep off the scorching sun.

This is suna-mushi, the Japanese ritual of sand bathing. The soothing sands are said to help heal aches and make sand bathers feel relaxed. Try yourself and see if the healing sands work for you. 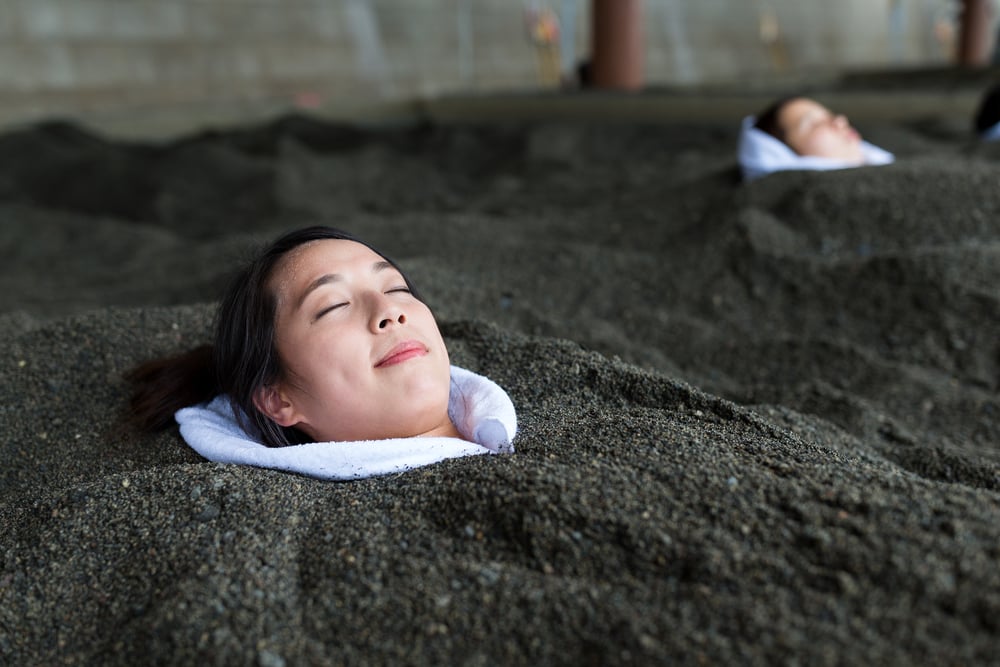 Yes, In Scotland. On a sunny day, you can imagine yourself on a tropical beach with crystal clear waters and a white sandy beach. Except that the temperature rarely tops 68 Fahrenheit (20 Celsius). There are a few white beaches, but some of the best are on the Western coast near Mallaig. For a beach all to yourself, travel on a ferry out to the Outer Hebrides islands like Uist, Harris, and Barra. 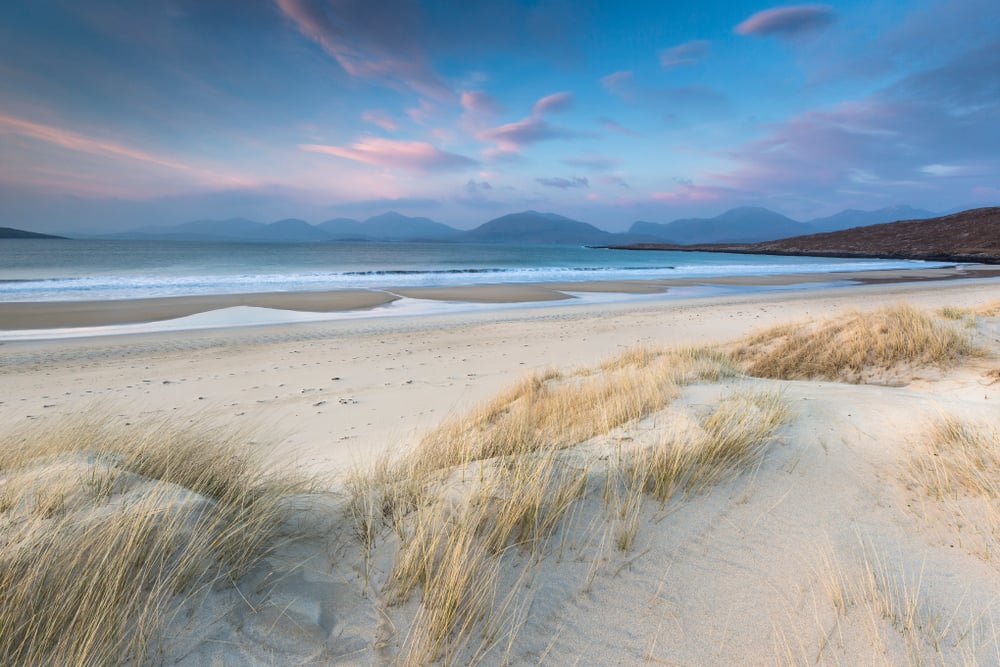 We're not talking opera or choirs, but under the right conditions, sands can sing. If it's made from the correct grains, dry sand vibrates when blown by the wind or walked on, which makes a strange singing/squeaking/whistling noise.

There are a few beaches in the world where you have a chance of hearing singing sands. A popular choice is Souris on Prince Edward Island in the Basin Head Park. 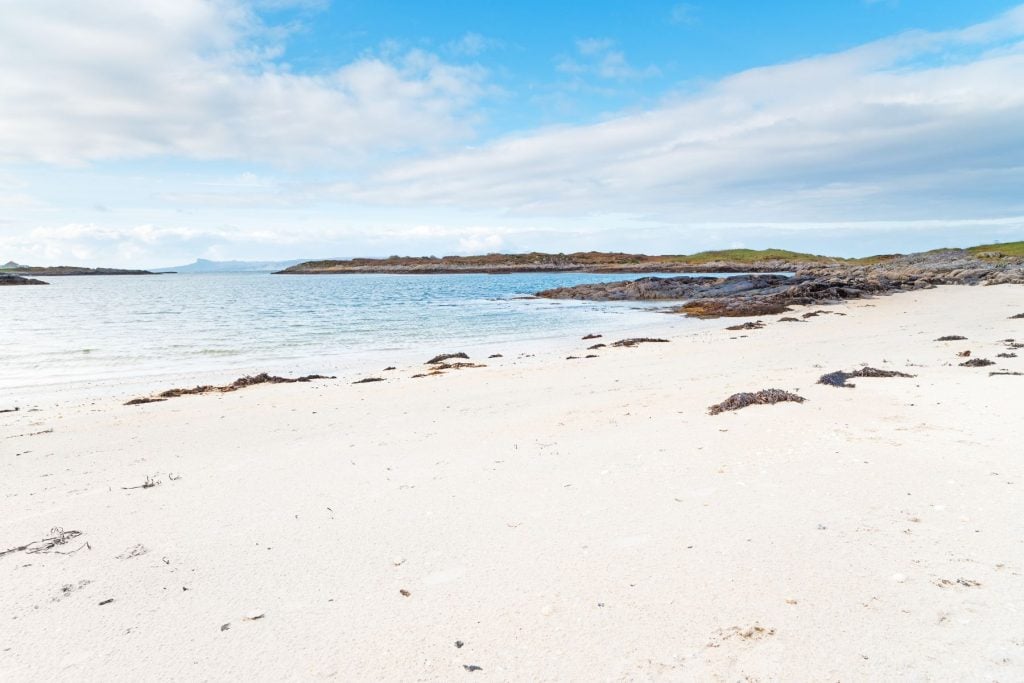 Hunting for fossils on the beach is fantastic family fun, and free too. The British Isles are rich in fossil remains, especially on the Jurassic Coast. Stretching for 90 miles (145 kilometers) from Dorset to Devon. There are many beaches where you'll be almost certain to find fossil ammonites, belemnites, shark teeth, and more.

Charmouth Beach in Dorset is a good option, with places to park and soft layers than break apart easily. Then you can examine your finds over a cream tea with jam, clotted cream, and a scone. Remember the jam goes on first in Dorset - this is an endless source of debate in Britain. 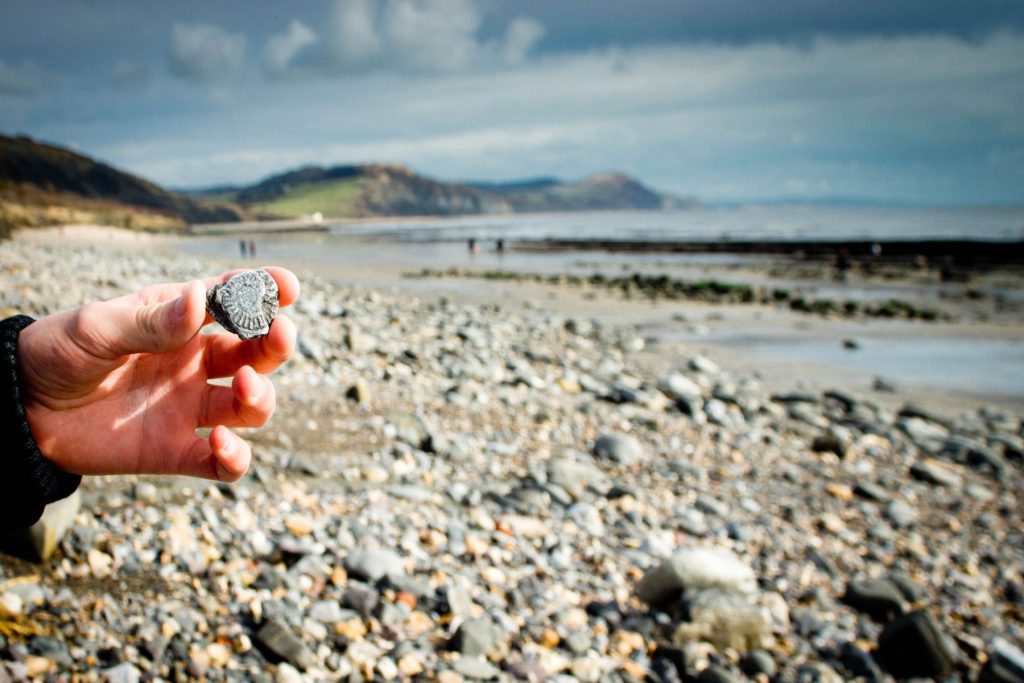 Papakolea Beach on Hawaii is one of only four green sand beaches in the world, and the easiest to find. The others are at Talofofo Beach in Guam, Punta Cormorant in the Galapagos, and Hornindalsvatnet in Norway. These rare green beaches are made from olivine, a volcanic crystal. A pretty crystal, olivine is also known as the Hawaiian Diamond. Scoop some up and look closely, the light green looks like a pale emerald. 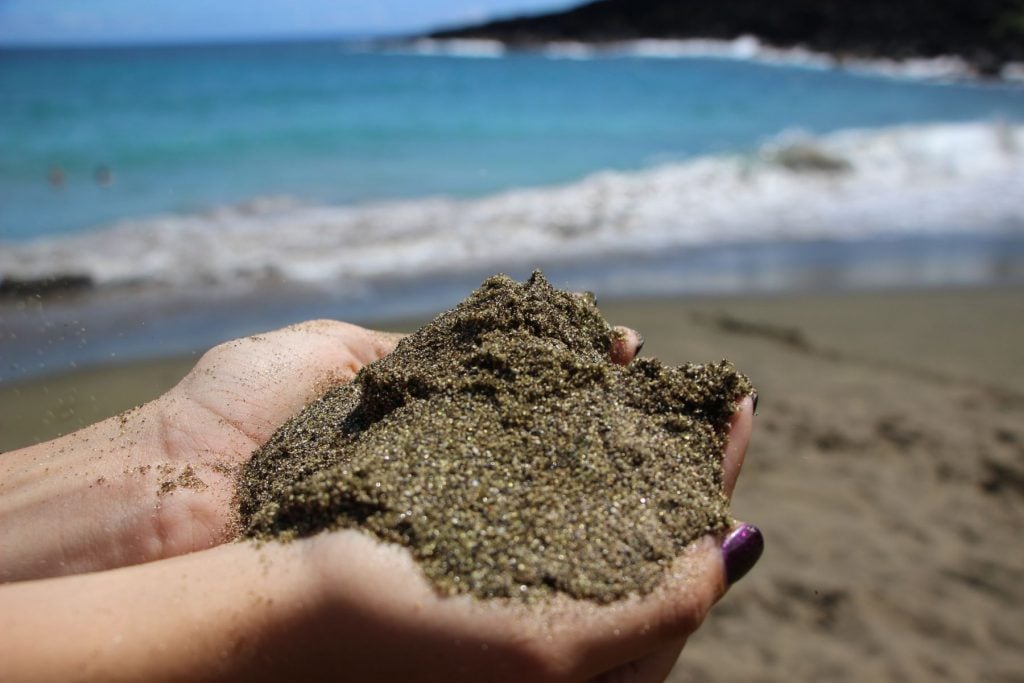 Pink beaches get their color from tiny pieces of broken coral that wash up on shore. There are a few around the world, all in tropical areas where coral is able to grow in the warm water. The color can be so vivid it looks fake, but it's the real deal.

Horseshoe Bay is one of several pink beaches on Bermuda. Found on the southern coast of the island, the waters are clean and clear, making it a good destination for snorkelers or divers. 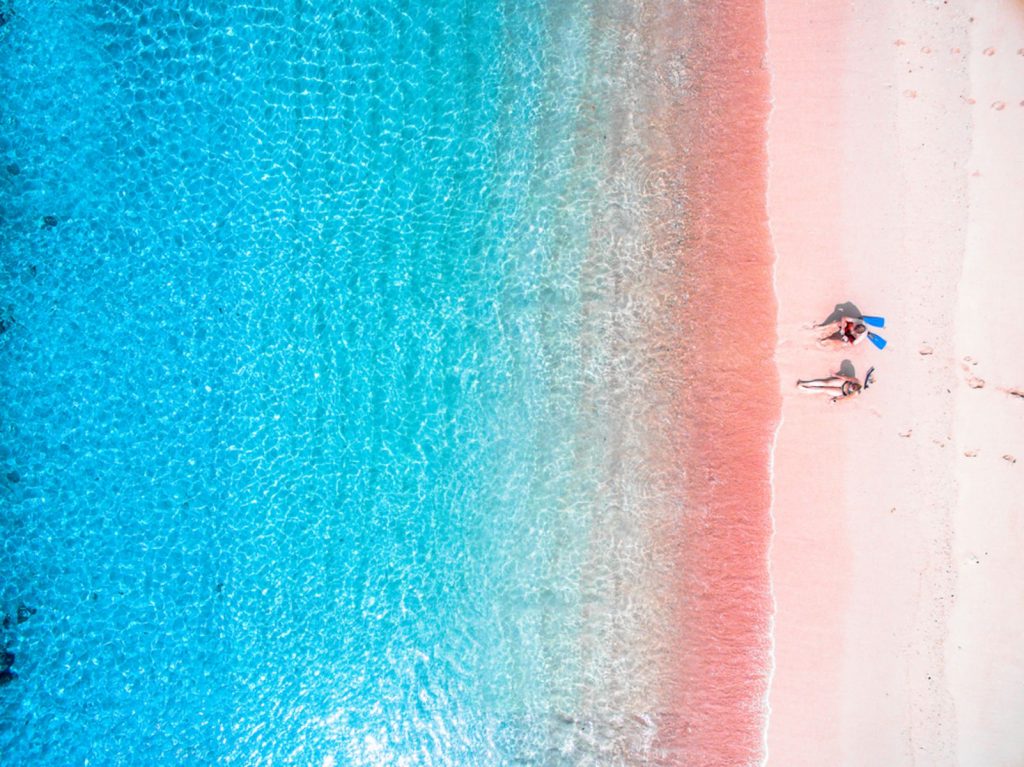 Sea levels change over time; sometimes, they change a lot. One result of this is beaches that were once sat sensibly beside the sea can find themselves raised far above the new sea level. There are examples of raised beaches around the world - there may be one near to where you live. One of the most famous examples is Turakirae Head, near the city of Wellington in New Zealand. Sitting on a sandy beach halfway up a hill is a pleasantly unusual spot for a visit. 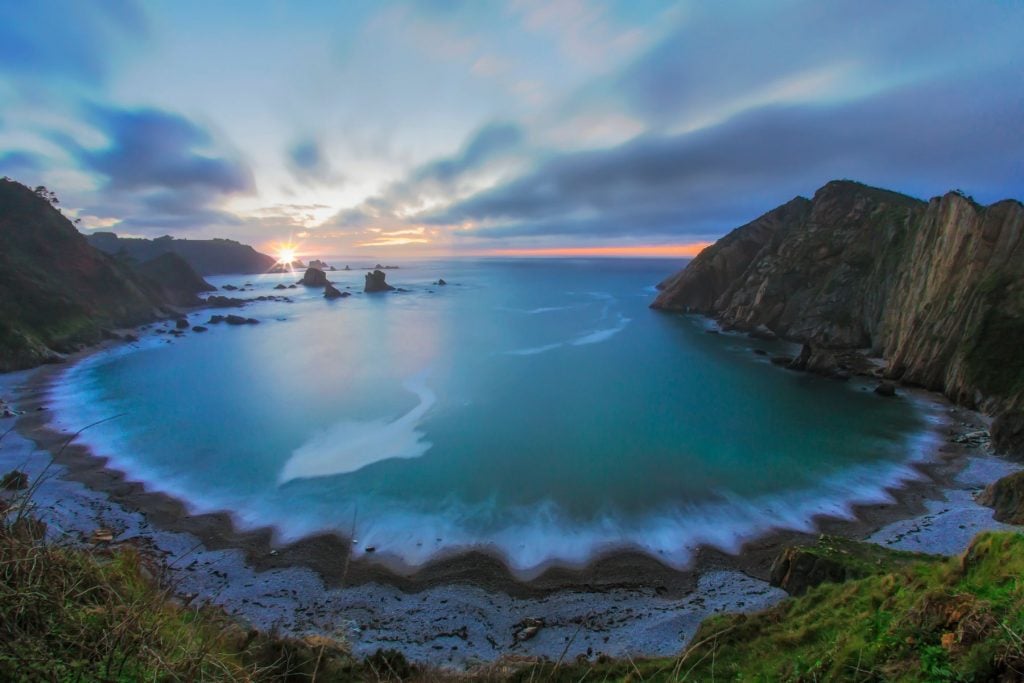 Okay, so this beach isn't actually underwater, but you do have to swim underwater to get to it. The Playa del Amor - beach of love - in Mexico was formed by the rather unromantic use of explosives that brought down the roof of a sea cave. This opened the area to the sky, making a cozy enclosed beach.

To get onto the beach, you have to swim under the water along a short tunnel. The beach itself is soft and light gold in color, and because it is sheltered from the wind, the beach is warm year-round. 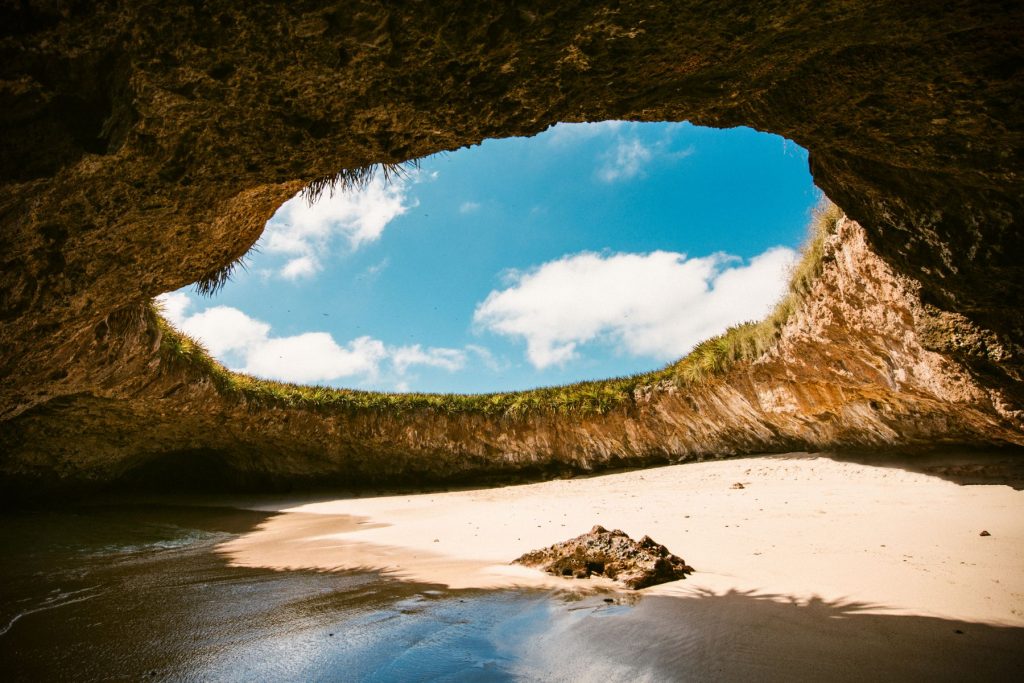 Wales is a small but beautiful country that is part of the UK. Blessed with beaches galore, there is a seaside paradise for everyone in Wales. One of the more unusual beaches is near Borth, where winter storms have revealed the remains of an ancient forest. The drowned tree stumps look like they have just been cut down, but the forest is actually 4,500 years old. Locals have suggested this may be Cantre'r Gwaelod of Welsh legend similar to the myth of Atlantis. 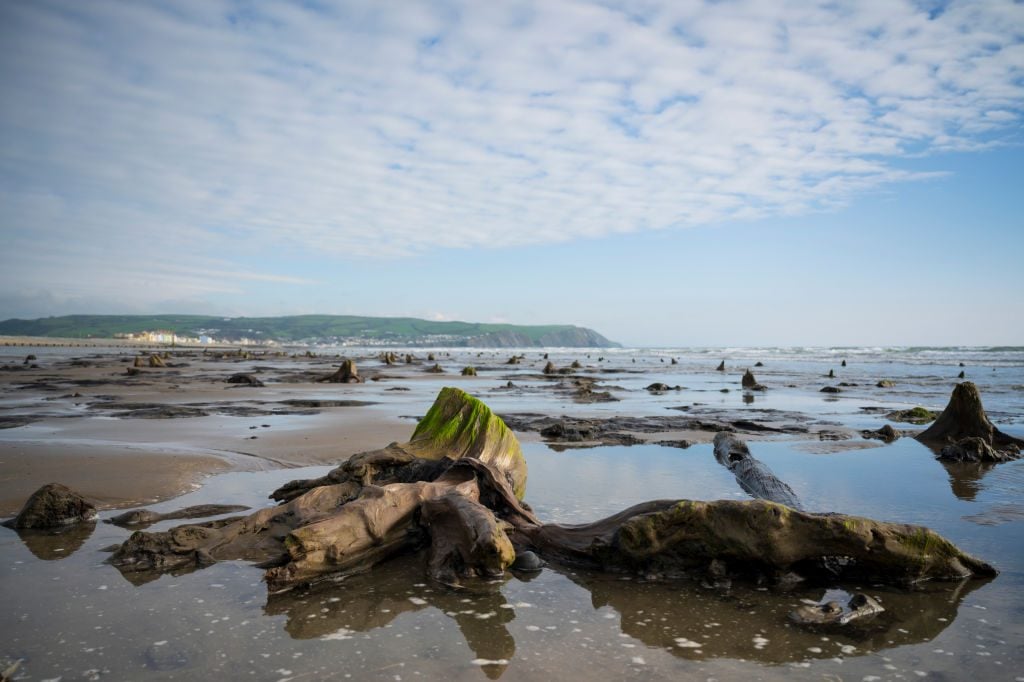 Iceland is a hot destination right now, even though this beach is one of the coldest you can visit. The beaches on Jökulsárlón lagoon in eastern Iceland are not ideal for sunbathing, but it's a photographers dream.

Large, broken chunks of ice are washed onto the beach. The ice comes from icebergs, and have brilliant clarity. Even a beginner photographer can take stunning photos here, capturing the ice as it sparkles like diamonds. 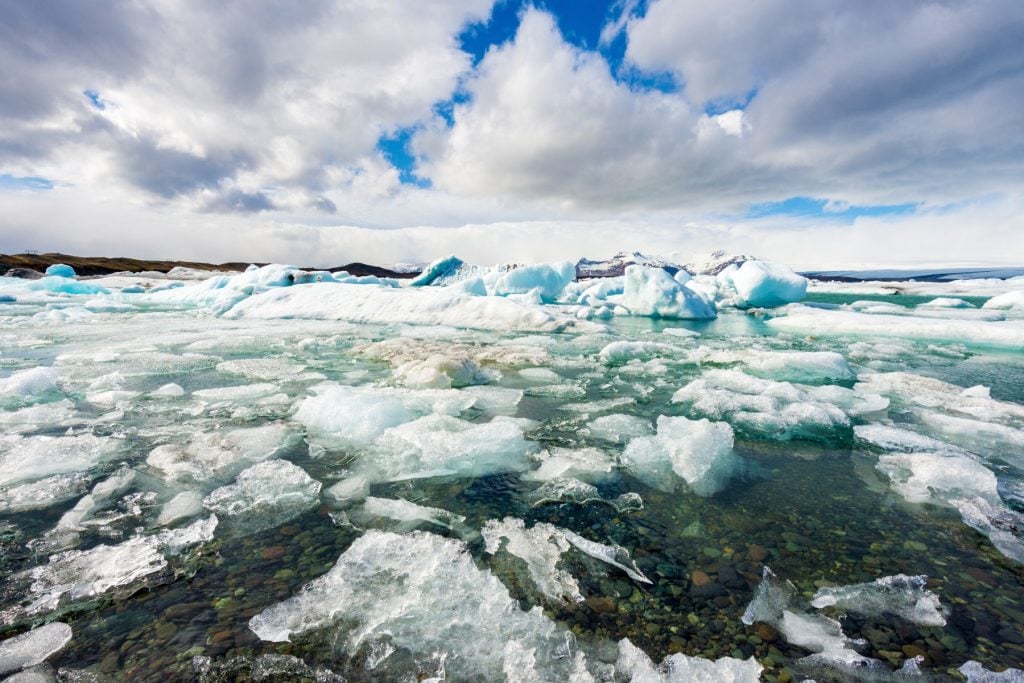 The blue-tinted glow that sometimes lights up beaches in the Maldives is not due to a radioactive spillage. Instead, the glow comes from bioluminescent plankton which lives in the warm waters. When conditions are right, the plankton washes onto beaches in their millions. Sometimes the glow can be brighter than the stars. Predicting when and where the plankton will wash up is a challenge, so make the most of it if you experience this natural wonder. 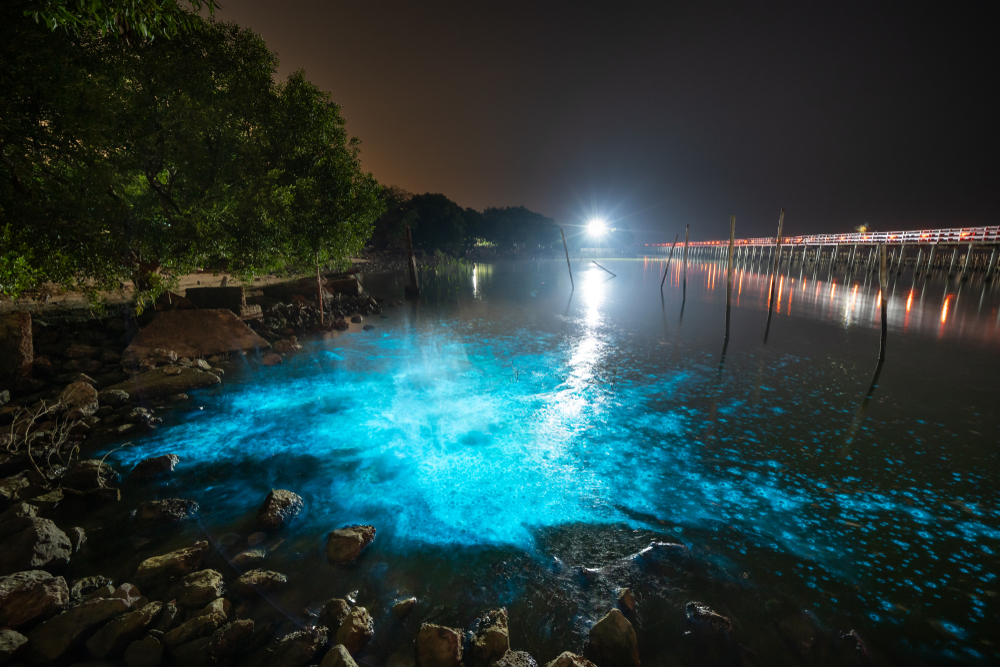 Giant's Causeway in Northern Ireland is a rocky outcrop where the Irish sea crashes against some very odd stones. The naturally formed hexagonal columns form a huge playground of stepping stones, at levels you can easily jump from one to the next.

Some say the causeway was created by two arguing giants, the Irish Finn, and the Scottish Benandonner. The local folk law tells the story of how the two enemies threw rocks at each other, making the unusual beach. Have a craic (chat) with the locals over a Guinness and see what they think. 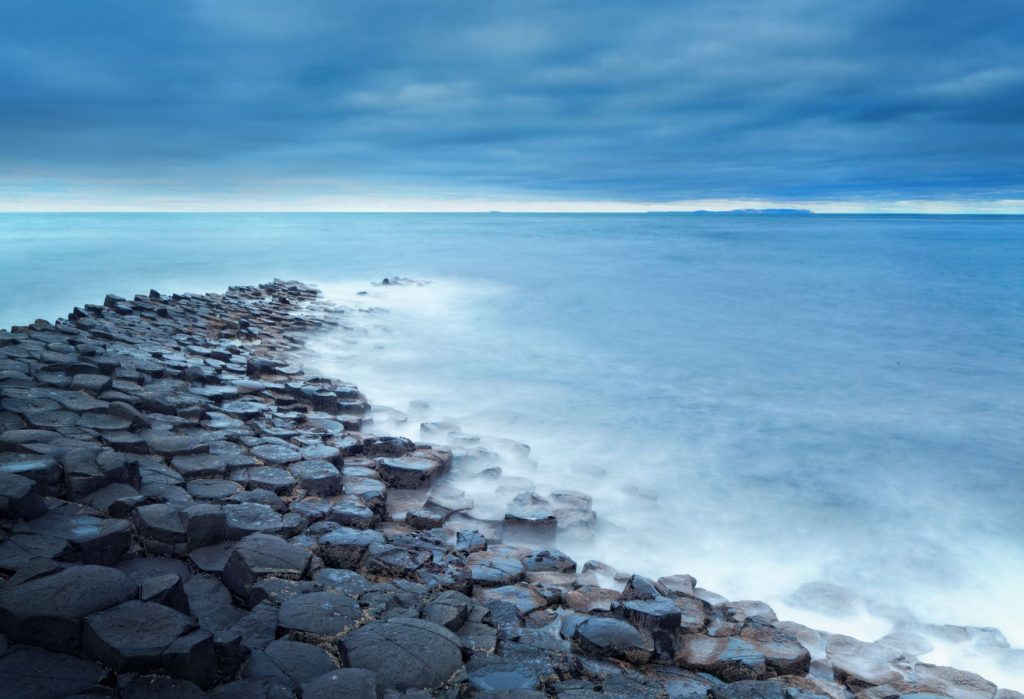