The Most Haunted Places in the World

Spooky destinations aren’t suited to everyone. But for those they are, visiting a location with a haunting history makes any vacation way more interesting. Luckily, there isn’t a single country on earth that doesn’t have its fair share of supernatural tales. Whether it’s the woman in white that roams the halls of a castle or UFOs over the desert, there’s something for every lover of the paranormal. Some of the most haunted places in the world are also the most beautiful. So if your other half is into ghosts and you’re not, these spots can still be worth the trip.

Venice is famous for its lagoons; for streets that you need to use bridges or boat to cross. However, just off its coast is a tiny island that is definitely haunted. That island is Poveglia. The townsfolk constructed the island as a quarantine outpost for Venetians who were living with the plague. According to legend, 50% of the soil is actually human remains. In its more recent past, a sanitorium was also opened on the island. Although it's now illegal for visitors to set foot on the island, Poveglia can still be seen from the shore. 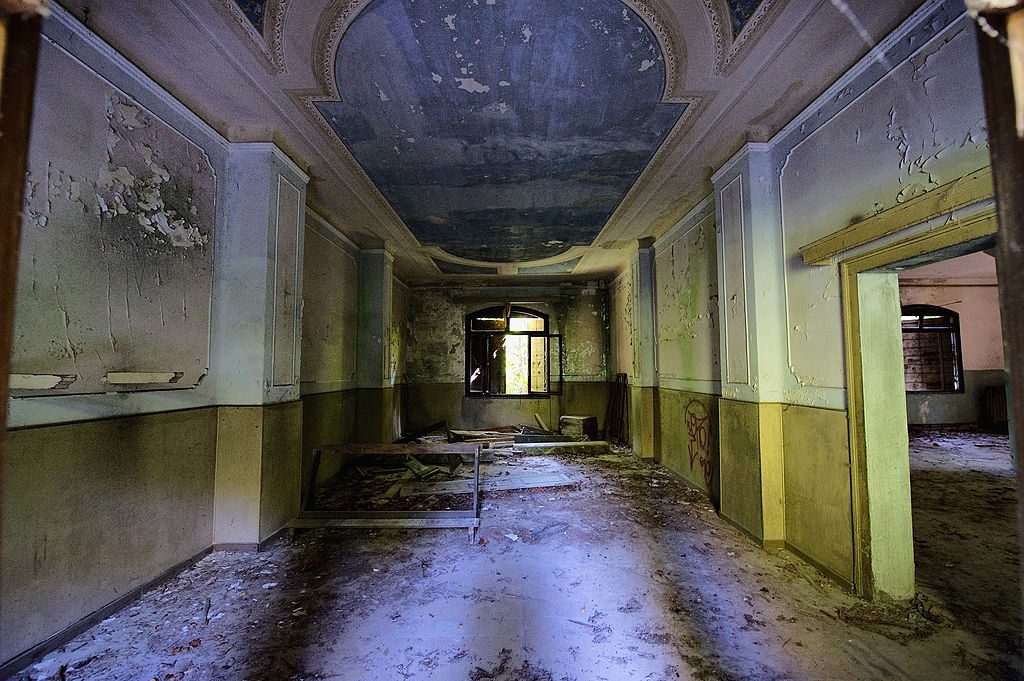 The Tower of London, UK

The Tower of London is one of the most haunted places in Britain. The fortress, which sits on the banks of the Thames, has a gravely bloody history. While these days it's the place to go to see the Crown Jewels, it's torturous past still clings to its walls. Tower Green has seen more than its fair share of executions. During the Tudor reign of Henry VIII, traitors were sent to the tower to be beheaded. Those traitors included two of the King's wives, Anne Boleyn and Catherine Howard. Boleyn's ghost haunts the place where she was executed, looking for her head. 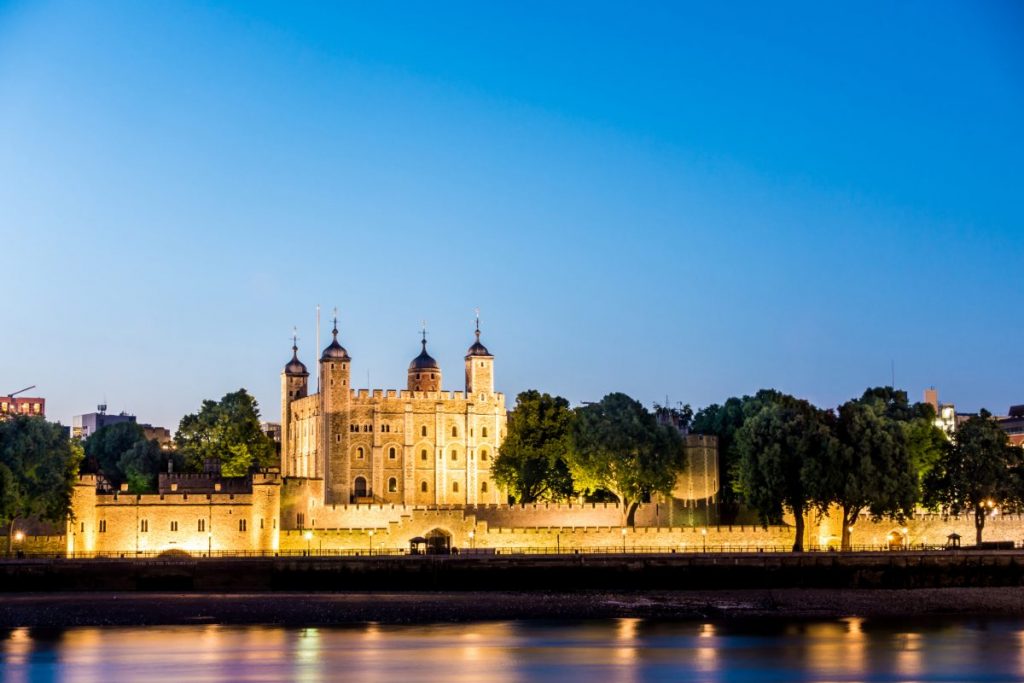 Moored in the Long Beach docks is the RMS Queen Mary. She made her maiden voyage in 1936 and stayed in service for thirty years before docking in 1967. Over her time on the ocean, she amassed more than fifty deaths. It seems only natural, then, that some of those spirits are still roaming the halls. After topping plenty of "top 10 haunted places" lists, those in charge opened her up as a haunted hotel of sorts. Who knows what you'll see, especially if you stay in Stateroom B340. 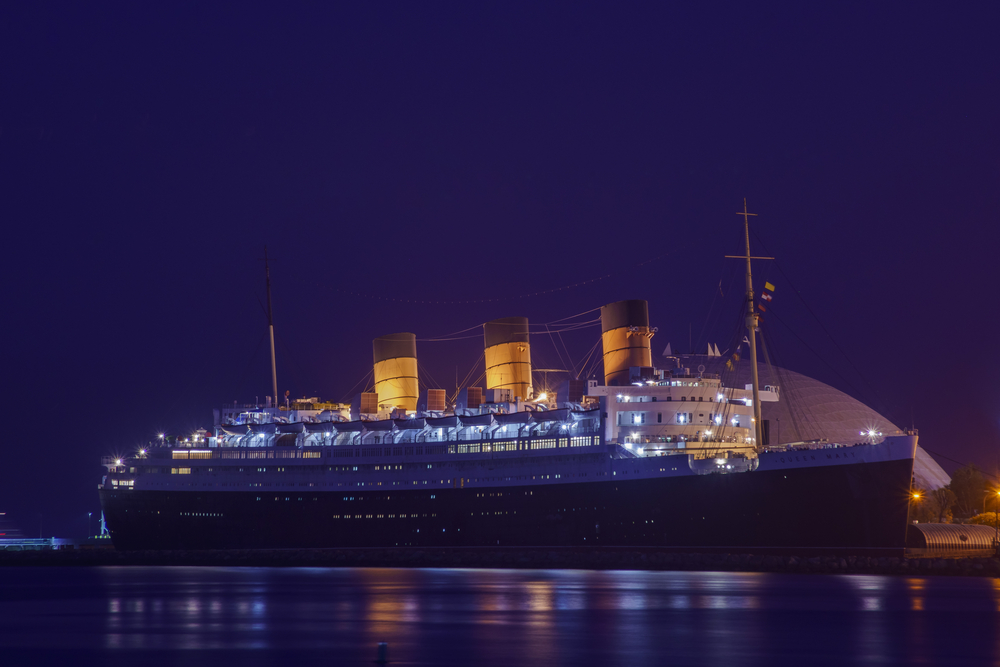 You might have heard of the Myrtles Plantation before, especially if you love haunted locations. All the greatest paranormal television series have covered this historic antebellum plantation from Ghost Hunters to Ghost Adventures. It ghosts have also been caught on camera, with the most famous photograph being of a slave girl named Chloe. Myrtles has a sordid history, tainted by those who lived there during the home's heyday. One of the creepiest parts of the plantation is the ghostly mirror. Visitors have seen handprints and drip marks appear on the glass. Not only that, but they're also impossible to clean. 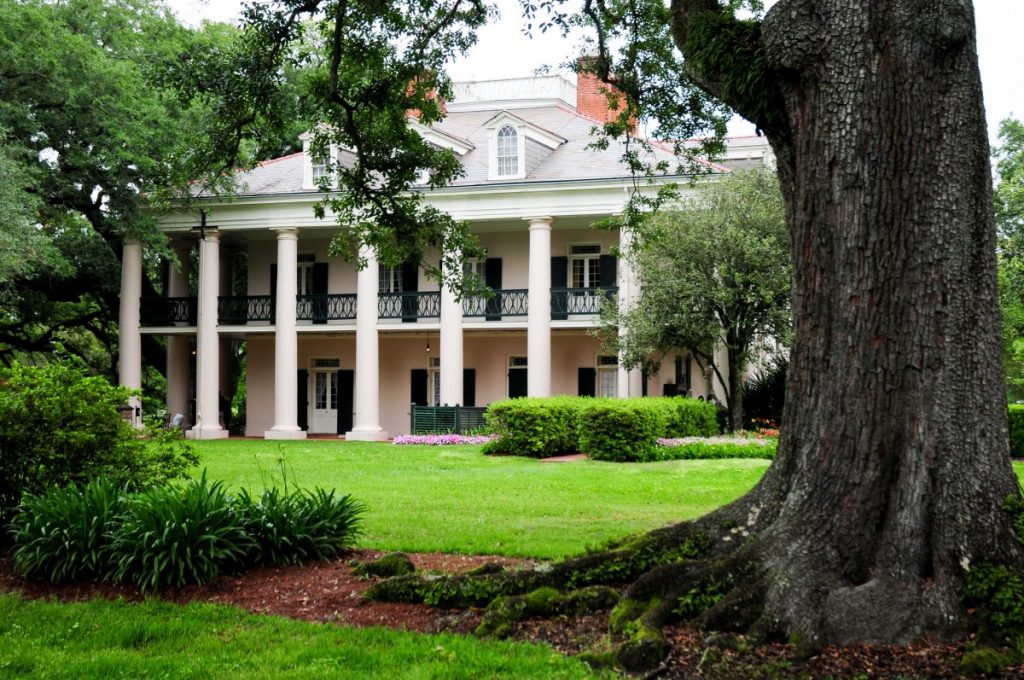 Paris is a hotbed of sprawling cemeteries that house the remains of famous souls, from Jim Morrison to Baudelaire. There is, however, a darker side to Paris' dead. Originally Paris had only one cemetery, Les Innocents, in the center of the city. However, with time and its increasing role as a European hub, the cemetery walls literally burst with the weight of all the bodies. After this, Paris had to figure out a place for its dead. That place was the catacombs. Beneath Paris, 200 miles of tunnels existed from limestone quarries that were used to build the city we know today. The bones of Les Innocents were shifted into the old quarries where walls of remains can be seen - and visited! - to this day. 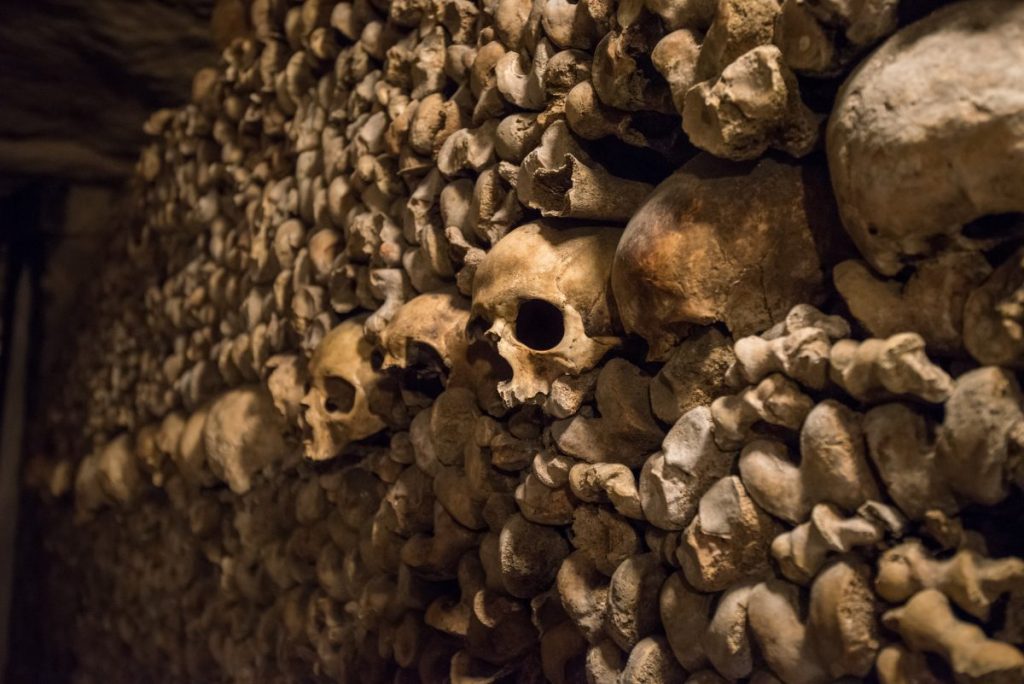 Is there anything creepier than dolls? How about disused dolls that hang from trees a metro ride away from Mexico City? This disturbing island actually has a point. Xochimilco, in Mexico City's suburbs, was once a center of agriculture. According to legend, a young girl drowned in the lake that the canals used to be. From there, a man named Don Julian Santana then dedicated his life to honoring this lost little girl. He left teddy bears and dolls on trees for her and eventually, they took over the whole island. In 2001, Santana then drowned in the same area as he was sure the little girl had. He left behind all of the dolls that are said to contain the spirit of the girl... and maybe, now, also him. 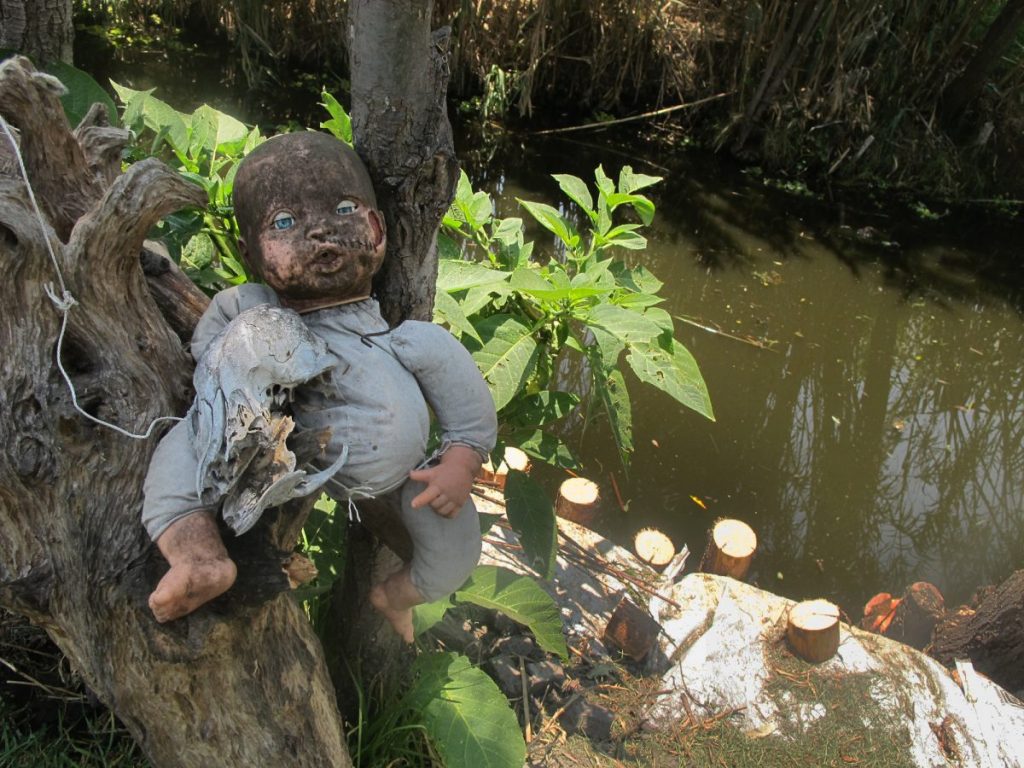 Stephen King and Stanley Kubrick fans will recognize the Stanley Hotel in Colorado. Even if they don’t realize it at first. The Stanley is the hotel that inspired one of King’s most beloved books, “The Shining.” King and his wife, Tabitha, spent a night in the Stanley Hotel while they were staying in Boulder. It was the end of the season, and the hotel was closing down for winter, meaning the pair had the empty hallways and dining areas all to themselves. A massive, empty hotel in the middle of nowhere? You can see how King might have been inspired. Not only that, but it’s also reputedly one of the most haunted hotels in America. 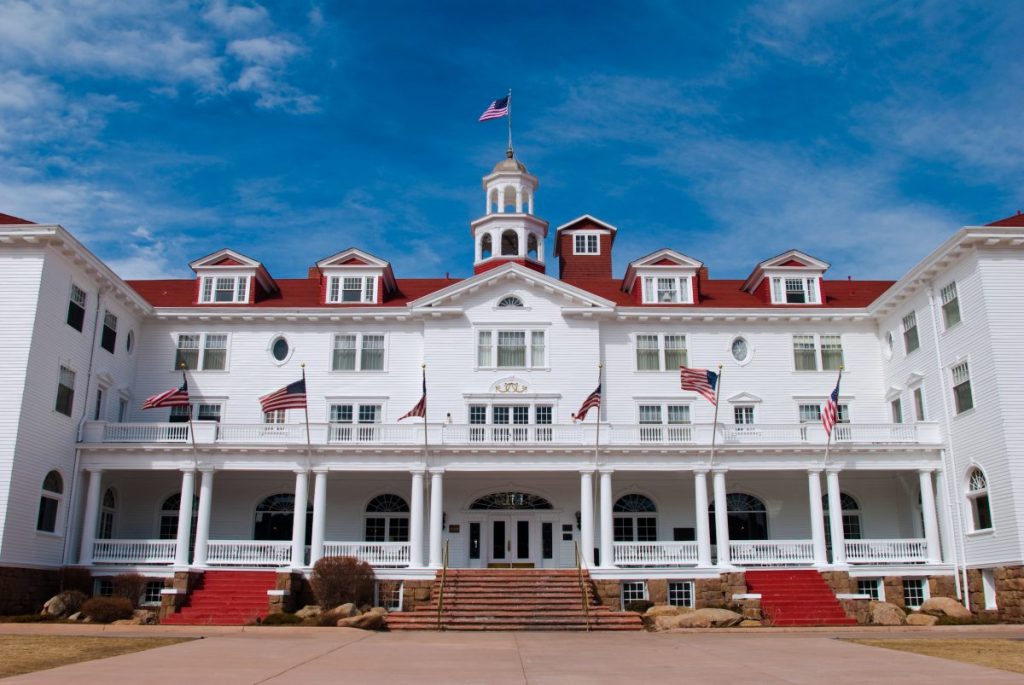 Banff Springs Hotel was built by the Canadian Pacific Railway, and is one of the earliest o Canada's grand railway hotels and sits in the center of Banff National Park. This haunting, castle-like hotel also has many ghost stories to its name. One of the hotel's most famous ghosts is The Bride. Her story dates back to the roaring 1920s; a bride, on her wedding day, lost her footing and fell down the stairs. Since then, she's been seen by plenty of staff and visitors on the stairs on which she died. Many say she's reliving those final moments and the wedding she never got to have. If you check into Banff Springs, you might even get lucky and stay in one of the haunted rooms. 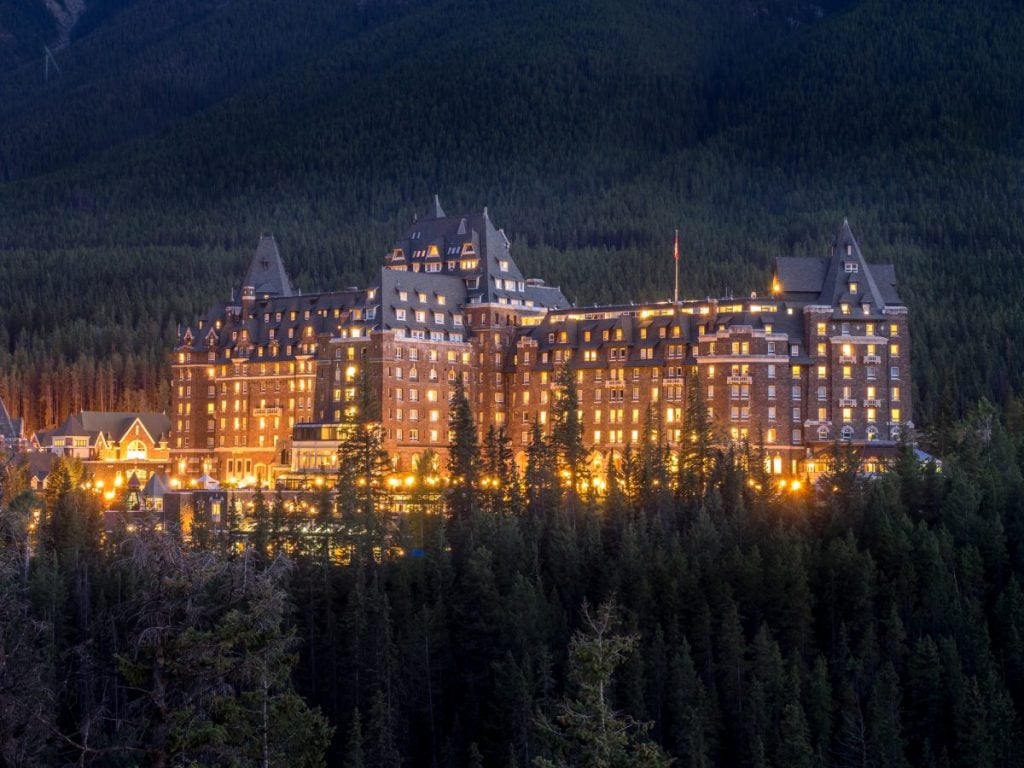 The American Civil War is one of the bloodiest conflicts in history. It should then go without saying that its battlefields might be some of the most haunted places in America. Gettysburg was the turning point of the Civil War when the fall of the Confederacy became a realistic possibility. Visiting Gettysburg might surprise you as if you ask anyone where the battlefield is, they'll say you're standing on it. They aren't wrong, either. There are plenty of ghost stories that center around the actual battlefield, which is now part of the Gettysburg National Park. An area such rich in history, it's unsurprising there might be ghostly soldiers roaming the landscape. 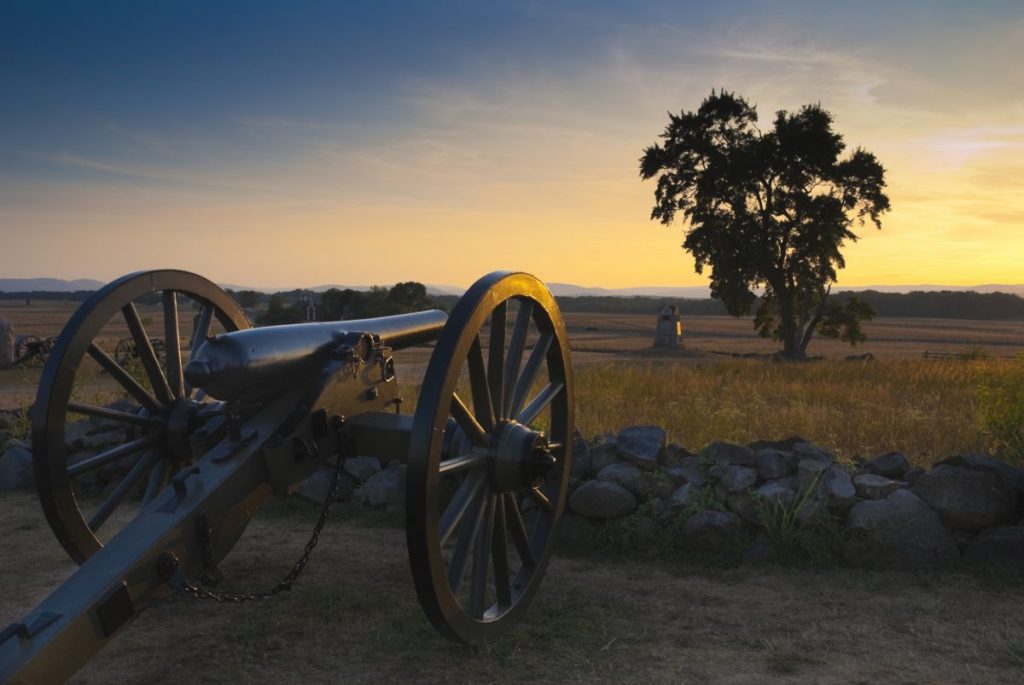 To experience a real castle, you've got to go to Europe. Leap Castle in Ireland is one of those real castles. Its haunting history almost precedes its reputation. Leap Castle - pronounced "lep" - is the most haunted castle in the world and one of Ireland's most haunted places to go. Built over the top of land that was previously occupied by druids, the castle has darker stories that we probably won't ever know about. In the 20th century, an oubliette filled with human skeletons was discovered in the chapel walls. Could these be the ghosts that haunt its halls? 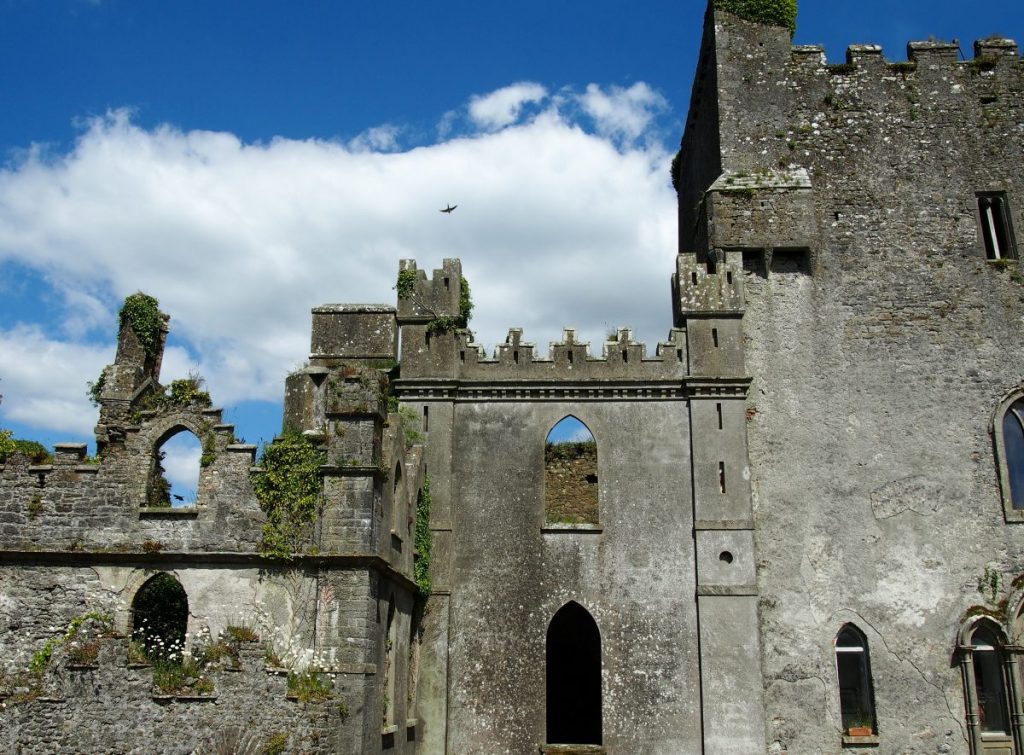