The Most Beautiful Places in Africa

Africa is the travel explorer's paradise. With 54 countries and nearly 12 million square miles of savannas, highlands, rain forests, coastlines, and a massive desert, there are endless locales to experience. Nicknamed the "Mother Continent," Africa is the oldest inhabited continent on the planet. Its cultural diversity runs deep, influenced through a mixture of more than 1000 languages, multiple religions, indigenous tribal traditions, and migrations of cultures from around the world.  The most beautiful places in Africa are ready to explore. What are you waiting for?

The grandeur of Victoria Falls is among the most beautiful African sites to behold. One of the Seven Natural Wonders of the World, Victoria Falls is a towering, spectacular waterfall on the Zambezi River between Zambia and Zimbabwe. This may not be the highest or widest waterfall in the world, but it's the largest. The white-capped, thunderous waters plunge more than 355 feet into the First Gorge below. This also makes it a paradise for bungee jumping, whitewater rafting, and general thrill-seeking. 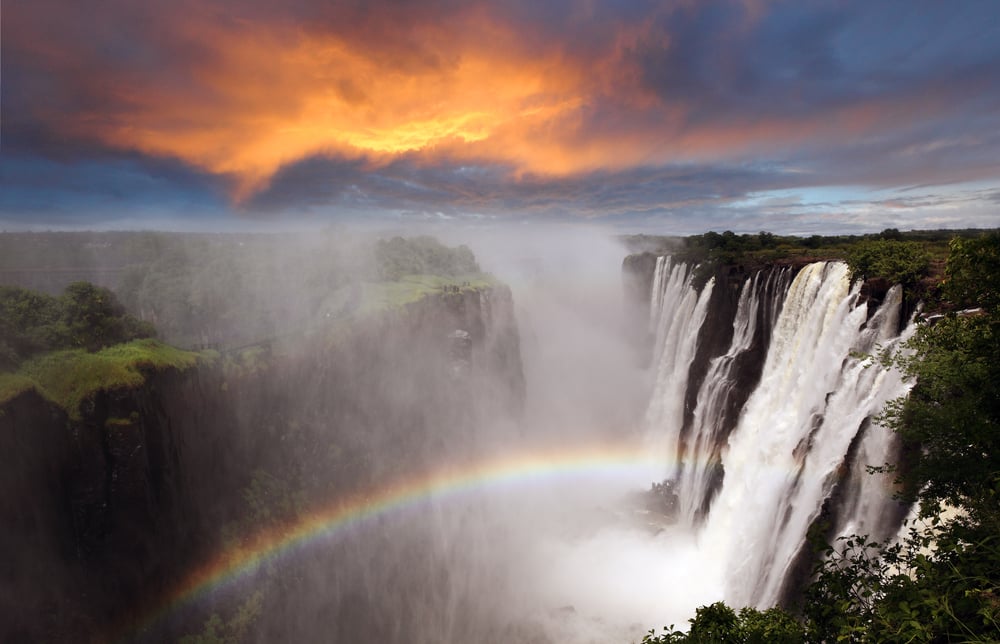 South Africa's largest mountain range formed more than 200 million years ago. It extends 700 miles from the northeast to the southwest across southern Africa. The Drakensberg Mountains guided and inspired J.R.R. Tolkien's creation of the Misty Mountains, the backbone of Middle Earth in his series of books. Home to the uKhahlamba-Drakensberg Park, these mountains offer a myriad of wildlife, plant species, and breathtaking vistas. 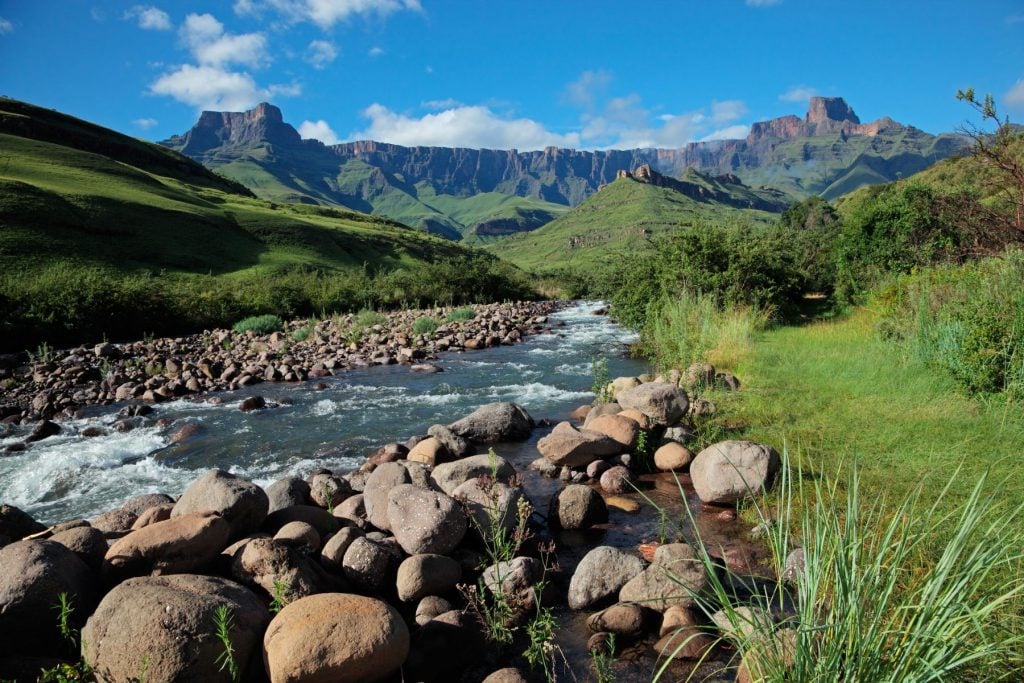 A unique wetland, the Okavango Delta in northwest Botswana is an important wildlife and native plant area. It is one of the few major delta systems in the world that doesn't flow into an ocean or a sea. The Okavango Delta is home to many endangered large animal species, including the white rhinoceros, and the African wild dog. Canoe through the crystal-clear waters of the delta and observe hippos and crocodiles in their natural habitat, serenaded by the sounds of frogs, birds, and insects who make their home here. 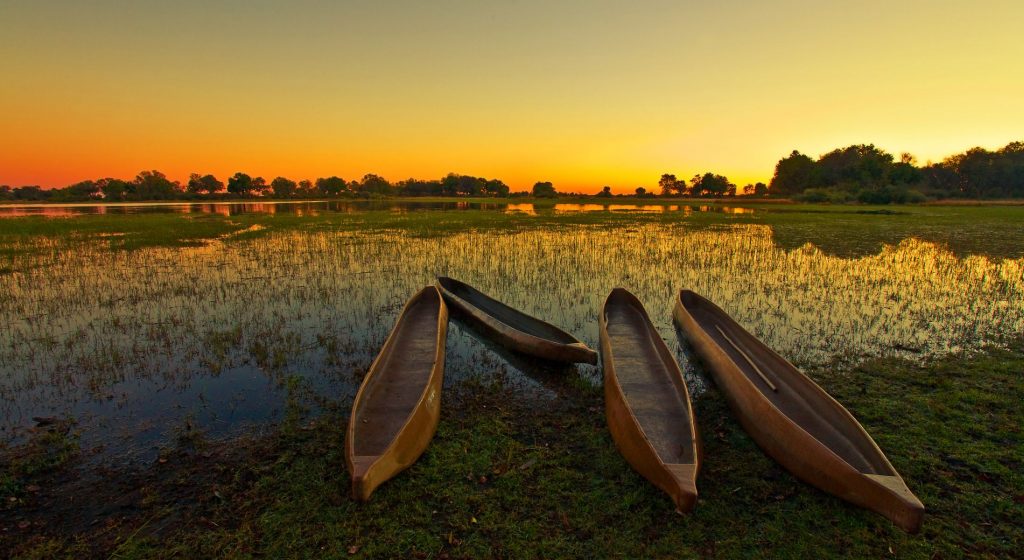 The magnificent island Republic of Seychelles is a country in the Indian Ocean, about 930 miles off of the eastern coast of Africa. Surrounded by clear blue waters, La Digue Island is home to some of the most photographed and awe-inspiring beaches in the world. The white sands and coconut palms found on the beach at Anse Source d'Argent offer a picturesque and relaxing destination. You'll also find an amazing fusion of cultures here, including European, Indian, and Asian heritages with a Creole accent. 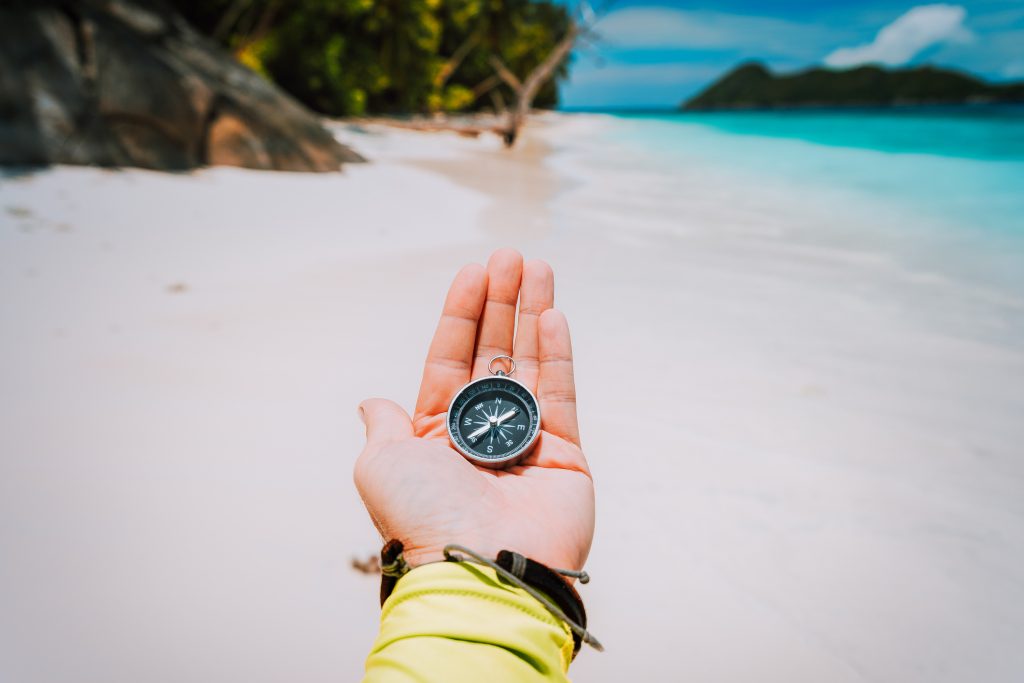 One of the most recognizable landmarks in the country, the Spitzkoppe are two separate granite peaks that jut out of the Namib desert, in an area between the cities of Usakos and Swakopmund. The Spitzkoppe sometimes referred to as the Matterhorn of Namibia, is a favorite area for campers, climbers, hikers, and explorers alike for its beautiful geological formations on the ground and the wide-open skies above. You can see one of the world's best collections of Bushman Rock Art painted on the rocks as well, dating back thousands of years. The sunrises, sunsets, and the star-lit night skies offer unrivaled photographic experiences. And the views are nothing less than awe-inspiring. 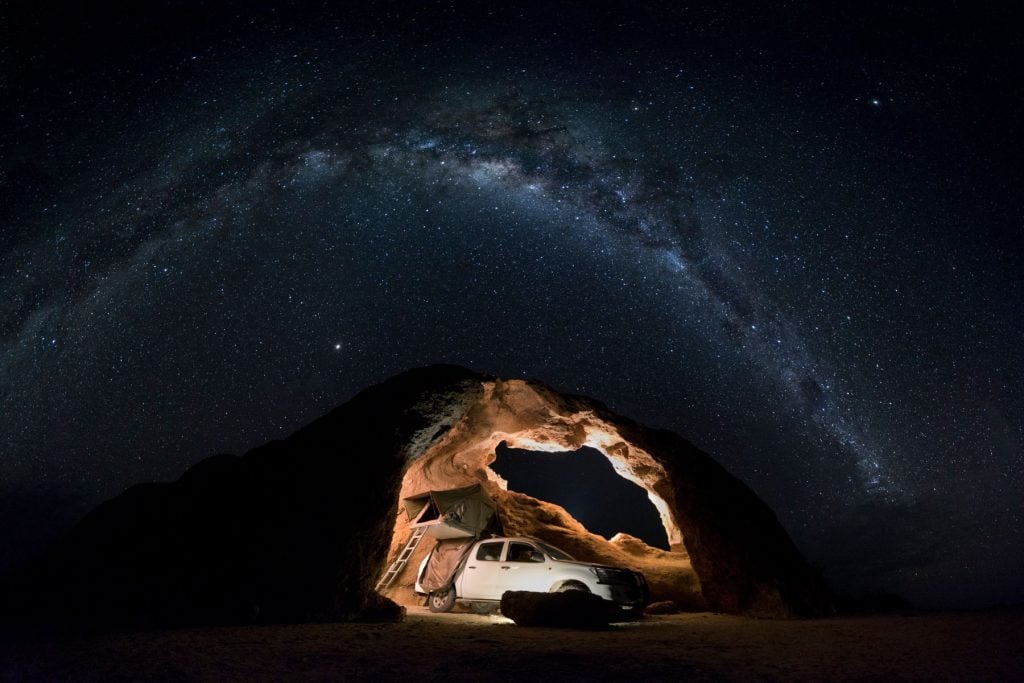 The enchanting city of Constantine is the commercial center for Eastern Algeria, the third largest city in the country, and one of the oldest cities in Africa. This picturesque city resembles a fantasy art painting. Constantine is surrounded on two sides by a 200-meter gorge, resting on peaks that look down on the Rhumel River, more than 980 feet below. Many of the official buildings and mansions are from the city's French colonial period, painted in faded pinks and warm orange hues. Constantine is also called a city of bridges because parts of it are only accessible by bridges stretching across a large canyon. 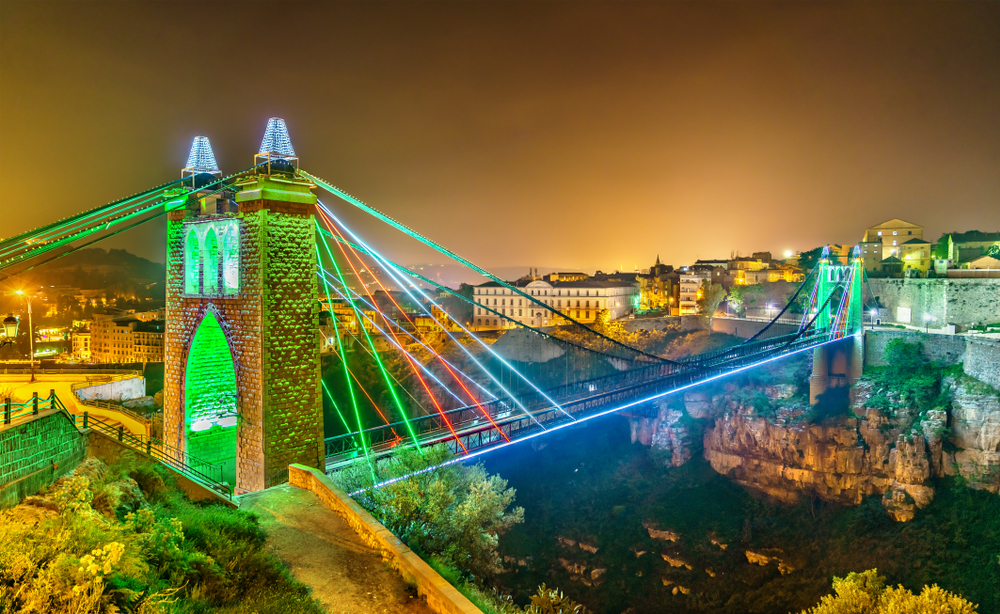 This Swahili coastal trading town is a UNESCO World Heritage site, rich in both history and culture. The townscape is unique and interesting. There's evidence of its African, Arab, Indian, and European influences shown in the local architecture dating back to the 18th and 19th centuries. Book a 3-hour boat tour from Stone Town to Prison Island to see the giant tortoises. Sample foods from late night alfresco stalls serving meat kebabs, grilled cassava, coconut bread, and other local delicacies, and enjoy the enticing aroma of spiced tea as you stroll through the streets. 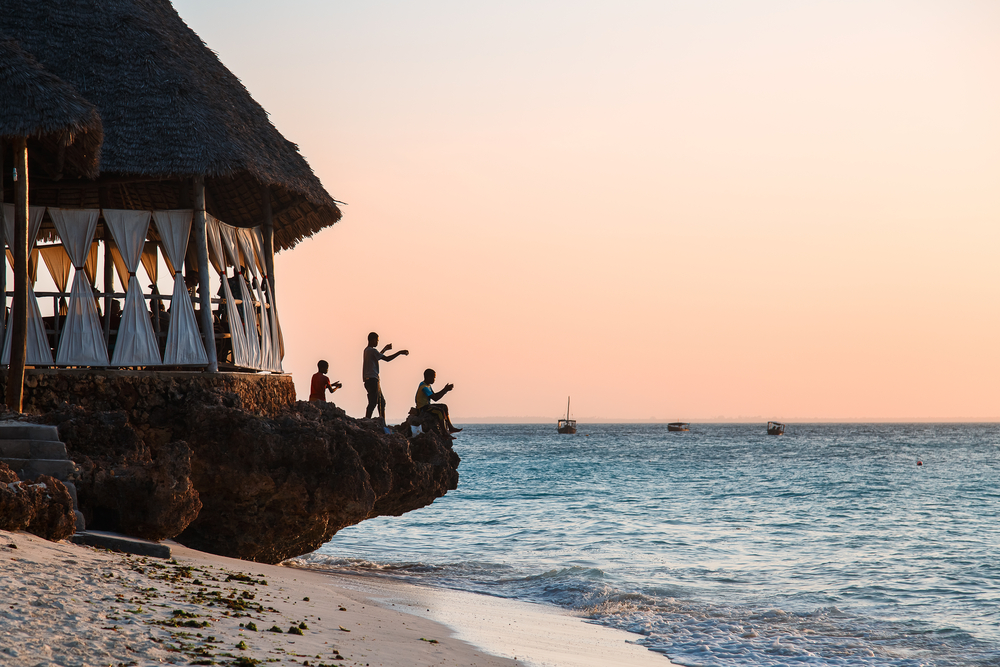 Looking out over the scenic Draa Valley in southern Morocco, you'd never believe this was once the site of numerous battles between the nomadic tribes who lived here in the 17th and 18th centuries. Today, you'll find a literal oasis; with long rows of palm trees, lush vegetation, and in the distance, the majestic Atlas Mountains. Today it is now much smaller than it once was; the river of Draa cuts through some of the valley's most beautiful areas, adding to its appeal. You'll find historic kasbahs in the area, and the Berbers living in Draa Valley continue a way of life similar to their ancient ancestors. 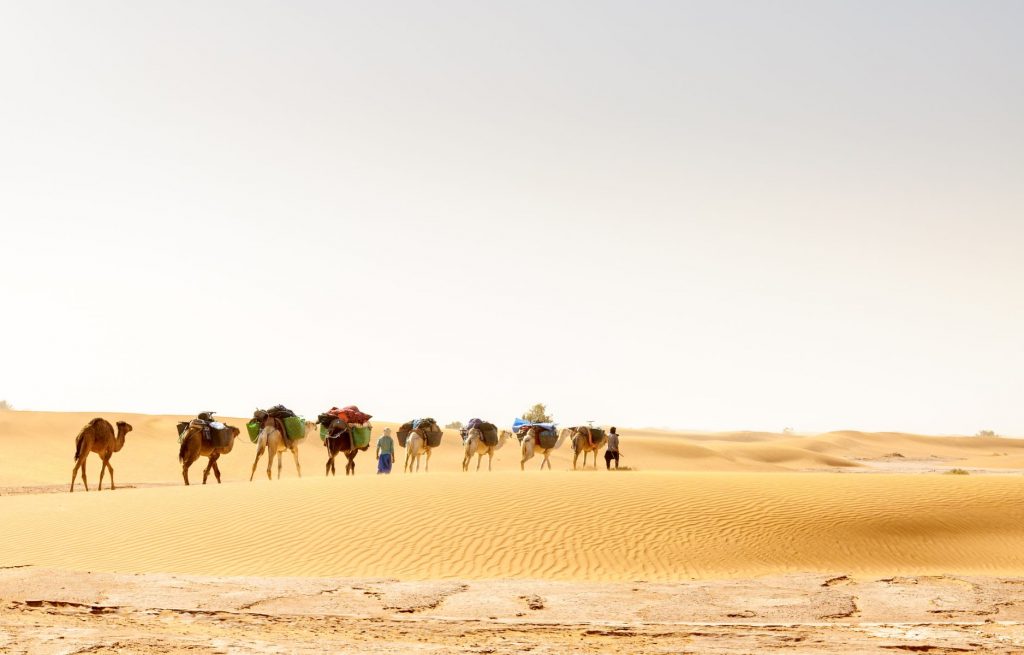 The tiny seaside town of Tofo Beach in Mozambique on the eastern coast of Africa offers everything you need for a relaxing getaway--a beautiful beach, delicious, fresh seafood, and friendly locals. The warm waters attract manta rays, whale sharks, dolphins, and whales, which makes for fun and interesting scuba diving ventures. You won't find overcrowded beaches or a vibrant nightlife here, but there are art galleries and cultural tours available. Tofo Beach is a popular backpacker stop. There's cheap lodging, plenty of nature to explore, and opportunities to meet fellow travelers from around the world. 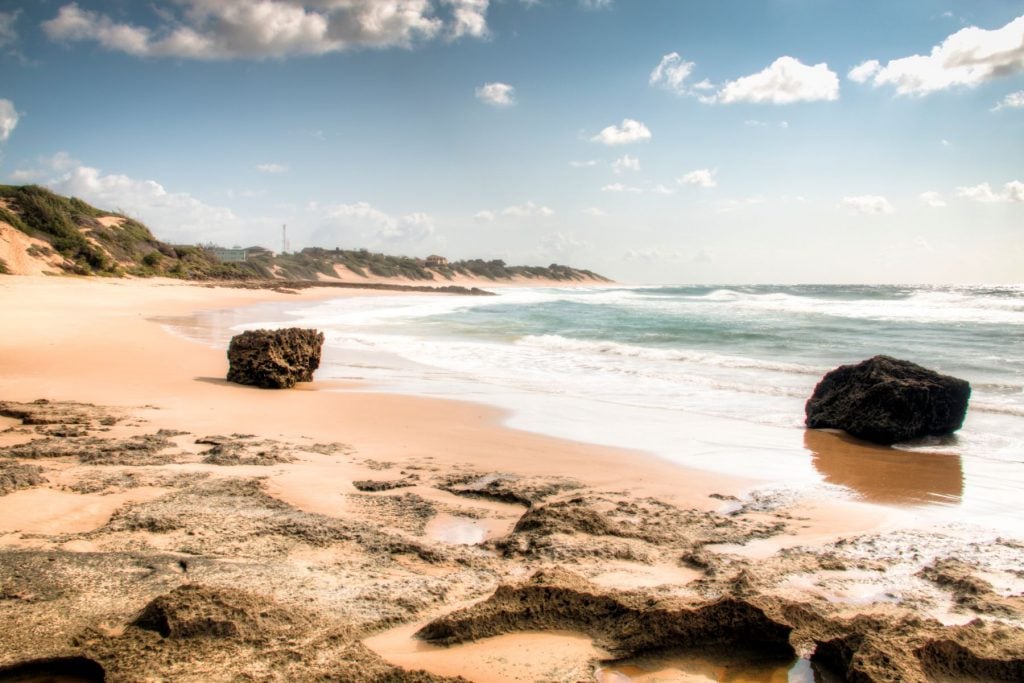 Avenue of the Baobabs, Madagascar

On an 850-foot stretch of a dirt road in western Madagascar, you'll find the first official monument in the country, the Avenue of the Baobabs. Lining both sides of the road are dozens of rare Baobab trees that are more than 800 years old; their trunks exceed 150 feet in diameter. Deforestation, lightning, and cyclones have killed off much of the once-dense Baobab forest, making this destination one that you shouldn't miss. Plan to visit the site at sunset for an Instagram-worthy and unforgettable experience. 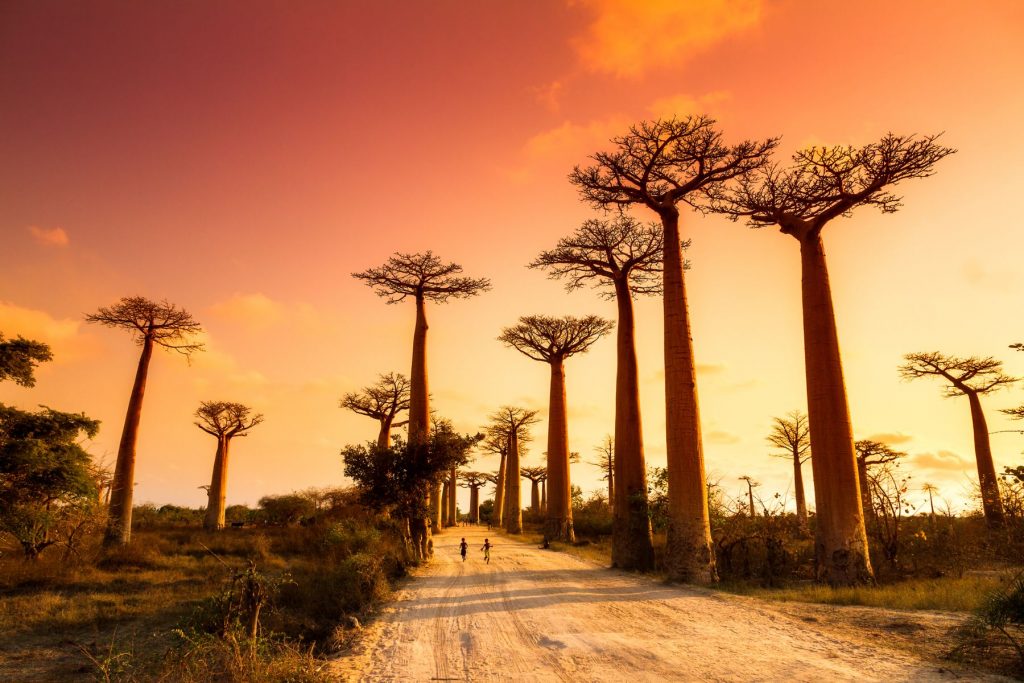 Kenya is famous for its wildlife, and Lake Nakuru National Park is one of the country's most popular wildlife destinations. Lake Nakuru is home to the endangered Rothschild giraffe and thousands of flamingo adding to the picturesque view of the surrounding landscape. You'll see both white and black rhinos, as well as huge herds of buffalo, zebras, waterbucks, and maybe even a lion pride or two in the forested areas. Visit the southern end of the lake for a better chance of catching sight of the park's wildlife. 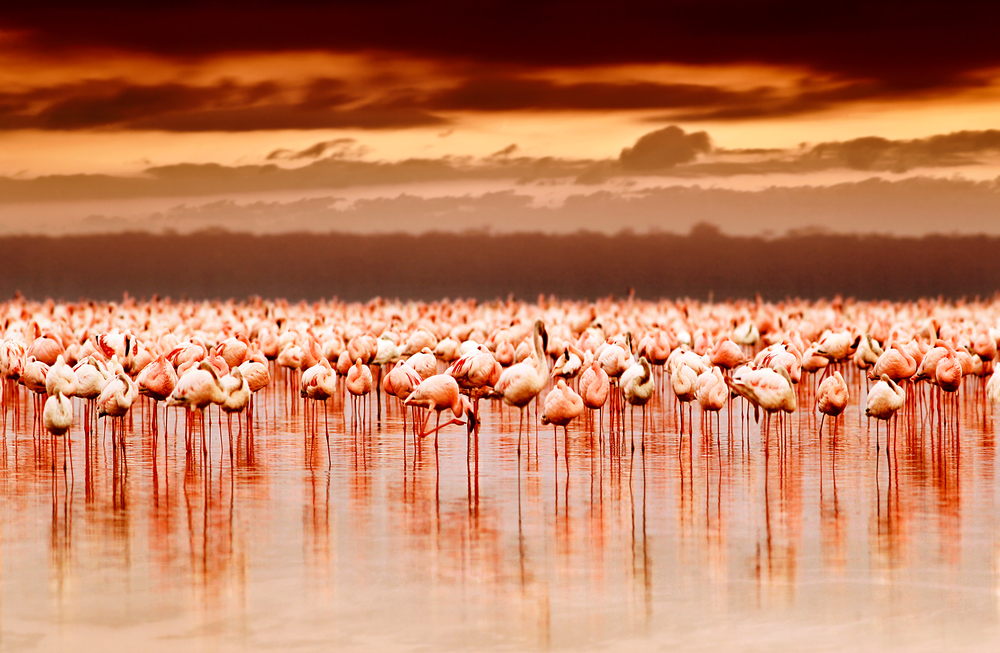 Travel northwest of Lalibela to see the elaborate Yemrehane Kristos church, an 11th to 12th-century church built inside a cave. Throughout its history, faithful devotees came here to die; their bones are buried behind the church, inside a cave wall. To see the site, you'll have to hike down on a dirt road, but the surrounding landscape is breathtaking. The site continues to be a popular pilgrimage destination and the church is still in service today. 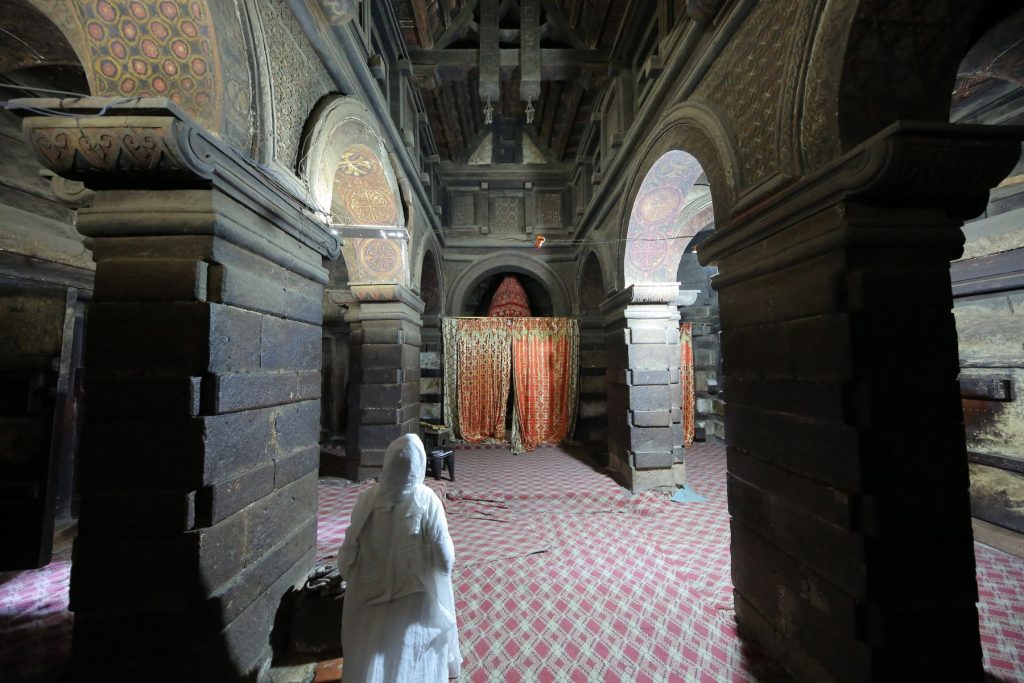