The Cheapest Cities in Europe to Vacation

Many people believe that vacations and trips will break their bank and drain their savings, but that isn't necessarily the case. Whether you're looking to vacation on a smaller budget or hoping to string together a few different locations on one trip, there are cities that have yet to experience the rising costs of popularity. Europe is home to so many different cultures, histories, and landscapes, and many people never get to experience them. Visiting some of the cheaper cities is a great way to discover adventures that most people miss out on.

There is no doubt that Germany is one of the most popular countries in Europe and possesses some of the continent's most breathtaking cities, making it a popular travel destination. Leipzig is Germany's hidden secret. In the city, historic and modern architecture interlace, creating a stunning aesthetic in the city's core. There are a number of gorgeous churches and monuments, as well as restaurants that were once market halls and meeting places. Fans of art might choose to visit the Panometer. This former gasometer is the home of the world's largest panoramas, some over 100 feet (30 meters) tall. Many of the city's attractions are free, and its tours are often inexpensive. 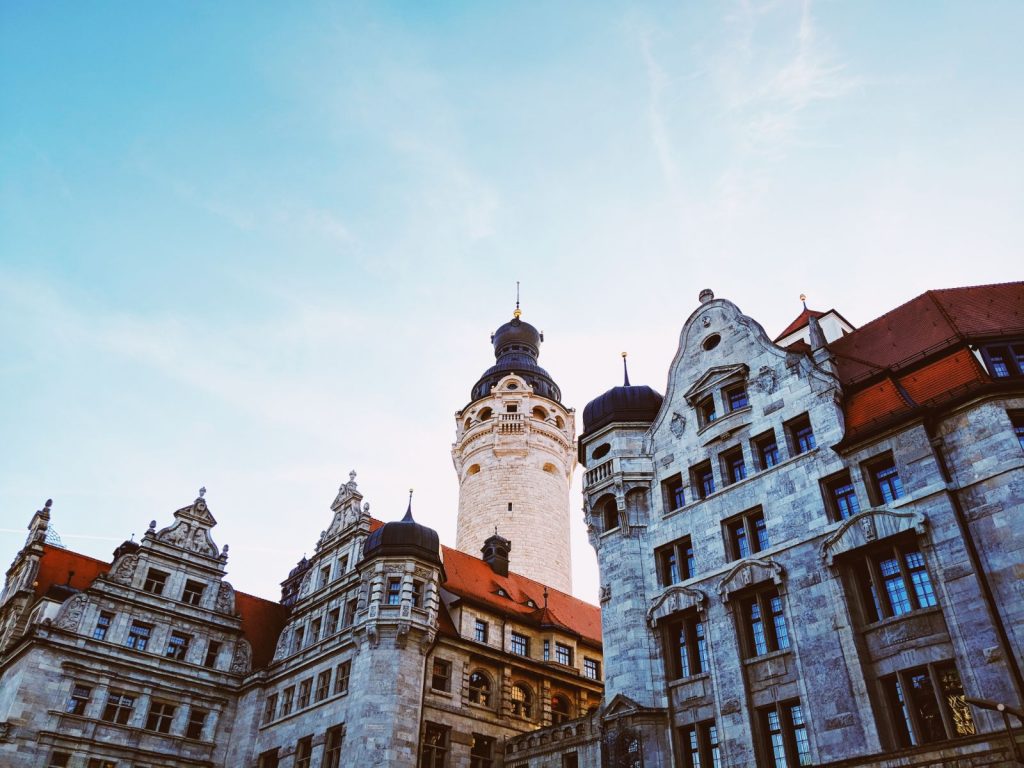 When it comes to countries with interesting pasts, Greece is one of the most engaging. The country has been the home of many different cultures and civilizations throughout its existence, and each one left its mark in a notable way. In the southern region of Greece sits the Peloponnese that Lonely Planet gave the top spot on their Best in Europe ranking. Iconic beaches line its edges, and incredible sites fill its heart. Rather than visiting a specific city in the Peloponnese, you should try to take in as much of the region as possible. Beyond its beaches and crystal clear waves, the Peloponnese also contains many sites that helped shape the world. History and cinema fans may recognize Sparta, Olympia, Corinth, and many more. Despite the peninsula's size, tours that visit many of these sites are often affordable and rarely crowded. Each area has its own heart and majesty. 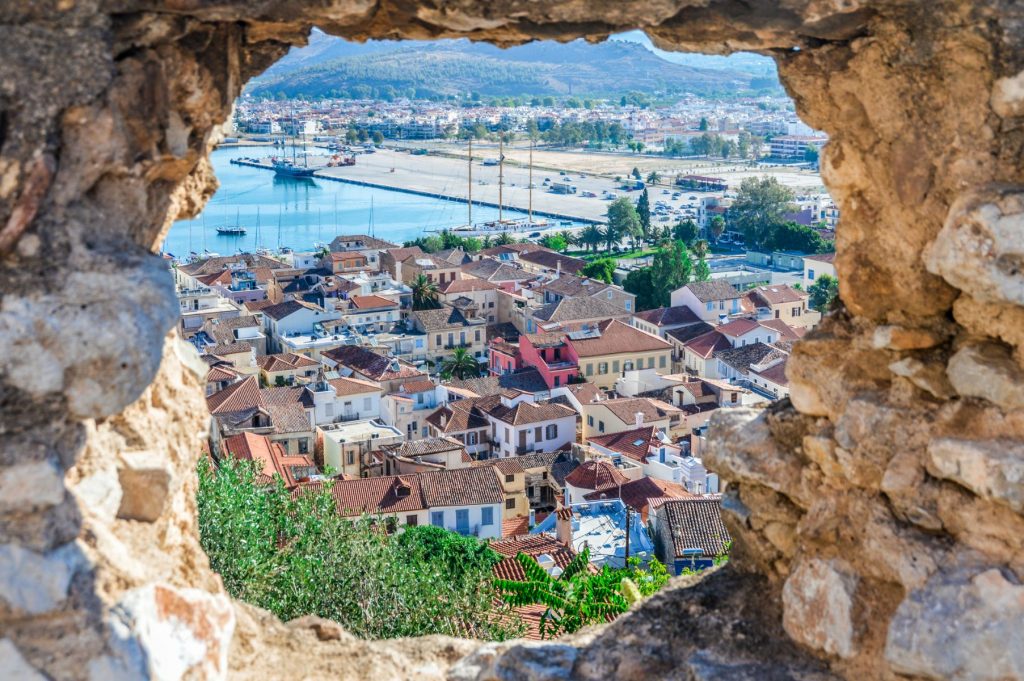 Almost any tour across Europe includes a stop in at least a few of Italy's most legendary cities. However, many of these tours neglect to leave the mainland. Just off the shores of mainland Italy is the beautiful region of Sicily. In fact, if you ask a Sicilian, they'd probably tell you that Sicily is a world of its own. Palermo is Sicily's capital and one of its most incredible cities. Its cathedral houses royal tombs that date back to the 12th century. Tatro Massimo is one of the world's most renowned opera houses. Of course, there's no ignoring the area's cuisine. People around the world hold Italian cooking in high regard, and Sicilians tend to add something special to their food. Foodies should try the region's pasta alla Norma, a prominent dish containing macaroni, tomatoes, fried aubergines, basil, and some grated ricotta salata cheese. 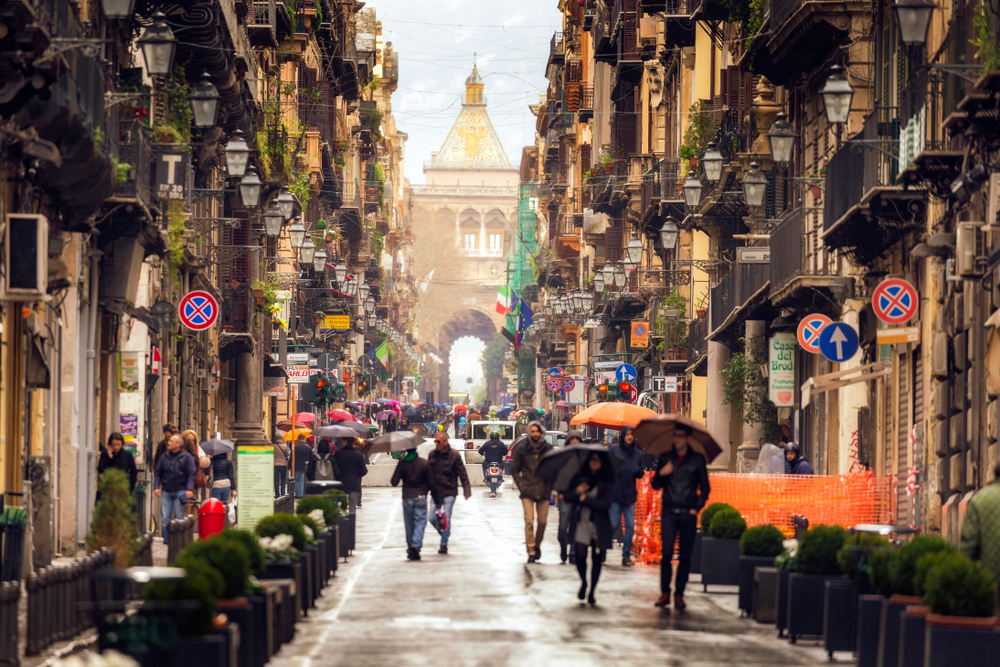 There is no doubt that Mallorca is one of the most beautiful places on Earth. Mallorca is the largest of the Balearic Islands, which are part of Spain. Since the 1950s, Mallorca has become a major tourism destination, receiving millions of visitors each year. Despite this, the area has yet to experience the cost increases of so many other locations, allowing everyone to easily enjoy the wonderful locale. Specifically, its capital, Palma, is a resort city that offers innumerable opportunities for fun and adventure. Some people may enjoy touring Mallorca with a Formula One car, available from Palma. Others may choose to take a cruise around Palma Bay and enjoy a lunch including the city's legendary tapas. Some of its most impressive historical sites are Sa Llotja, a majestic, castle-like building, and the Basilica de Sant Francesc, a perfect example of Gothic architecture at work. 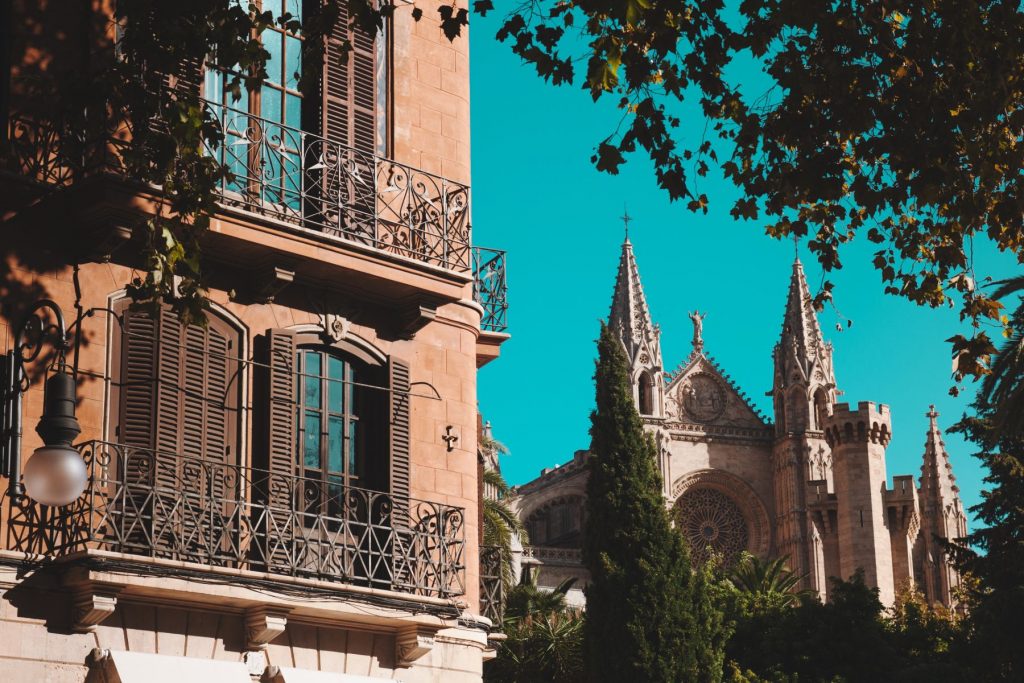 Photo by Daniel Frank on Unsplash

Because Spain is such a large country, it has an elaborate mixture of cultures within its different regions. Seville is the capital city of the province of Seville, Spain. Within the city are hundreds of sites that feel like they belong in a movie. The Plaza de España is a colossal palace that is sure to make you marvel in wonder. Regardless of what time of year you choose to visit Seville, there are flamenco shows available across the city. If you choose to visit Seville during its Feria de Abril, you're in for a sight. Thousands of tents appear seemingly overnight as the city's citizens take to the streets in traditional costume. A parade of carriages and riders kick off the celebrations each day. From evening to dawn, you can eat, drink, and dance. Plus there are classic fair attractions, horseback rides, and roller coasters to keep you thrilled. 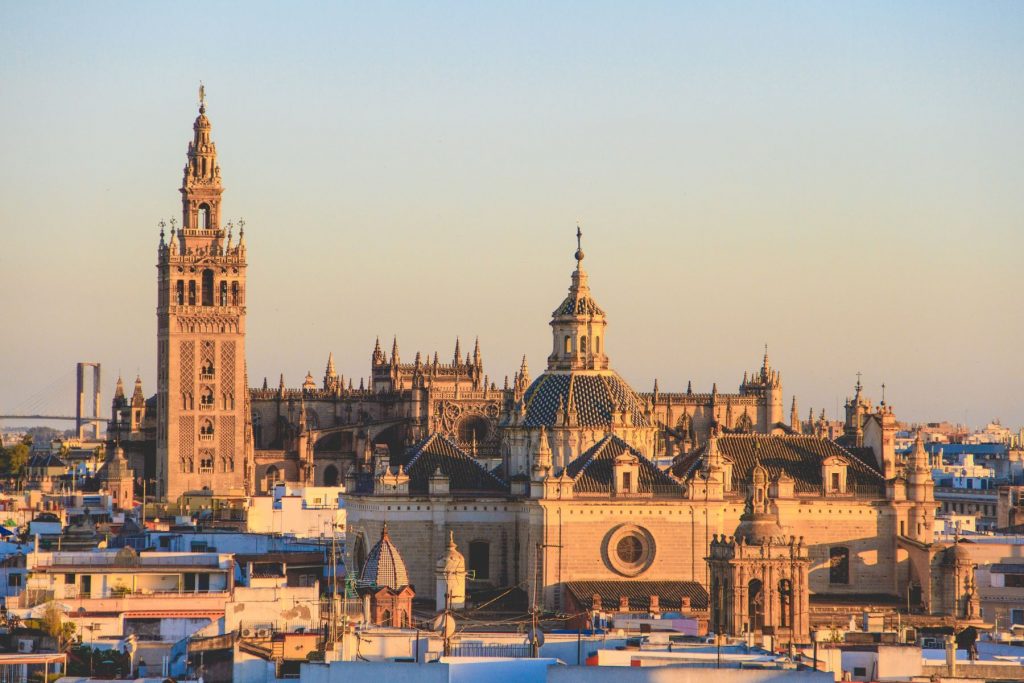 Photo by Henrique Ferreira on Unsplash

If you're the type of person who prefers taking in the sights and the laid-back charm of the world rather than elaborate festivals, Lisbon is the perfect place for you. This Portuguese city lies among the hills and its centuries-old buildings line winding streets. As the years pass, more modern architecture begins to emerge within the city, creating an intriguing fusion between the old world and the new. Maybe you'd enjoy sitting in a coffee shop and eating some custard tarts. Alternatively, you could visit the Feira da Ladra flea market in search of unique items. When walking the streets of Lisbon, one thing that is sure to catch your eye is the Elevador de Santa Justa. Sitting between two perfectly normal buildings is an insanely thin and tall structure that peers over the city. It offers visitors some of the greatest views possible of Lisbon. 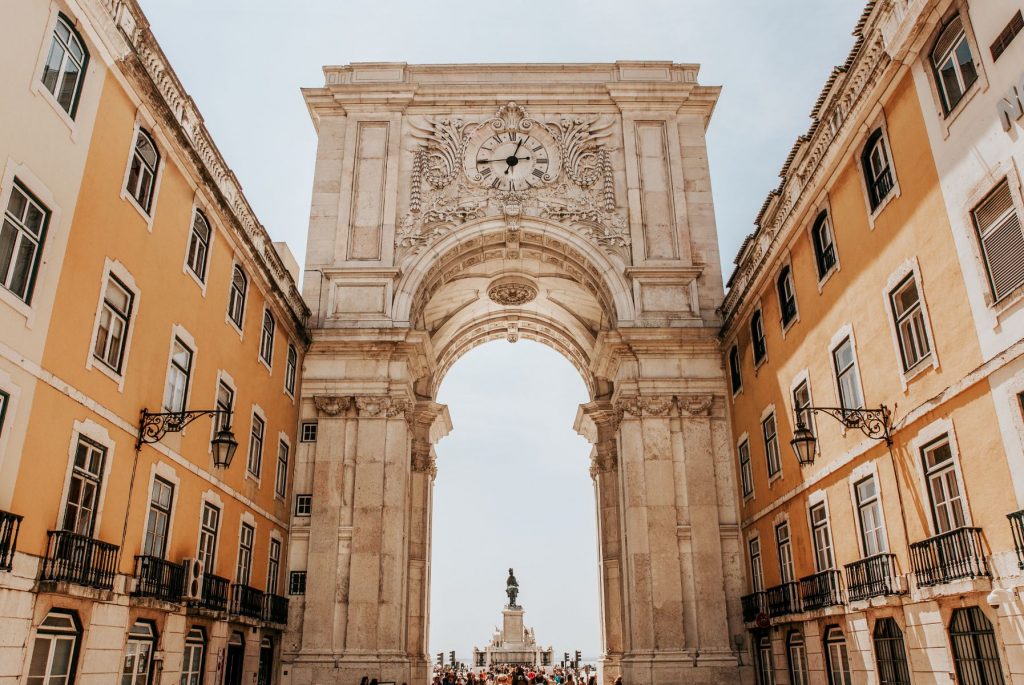 Photo by Vitor Pinto on Unsplash

Prague is legendary as a resilient city that has survived despite invasions, fires, floods, and wars. Even among other picturesque cities, Prague has a different feel. Recently, the city has become more popular among tourists, but the city has managed to resist change. Many of its most beautiful sites are free to visitors, allowing travelers to take in all that the city has to offer. Prague Castle is the largest castle complex in the world and has stood for over a thousand years. Because of its age, it contains a variety of architectural styles, ranging from Romanesque to Gothic structures. For people who love picturesque views, Charles Bridge connects two distinct sections of the city and is a perfect opportunity for a photo. If you visit near dawn, you can avoid the crowds and really enjoy a unique site. 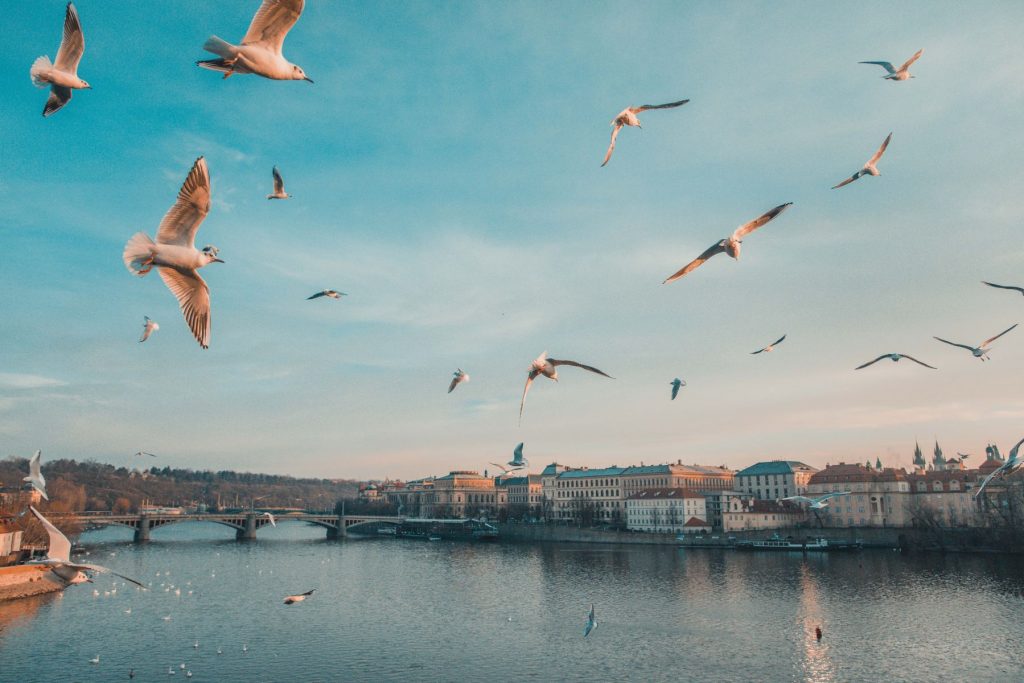 Photo by Anthony DELANOIX on Unsplash

There are many cities that have begun to marry the historic buildings with modern lifestyles, but Budapest does it unlike anyone else. History fans can observe their choice of architectural styles because the city dates back to the Paleolithic. Across the city are hundreds of thermal springs that locals have converted into baths. Some cater to relaxation while others become nightclubs in the evening, allowing you to step out of the bath onto the dancefloor. The city has a rich Jewish heritage that is evident in everything from its buildings to its food. On the west side of the Danube River, Castle Hill dominates the skyline. Visitors can walk along cobblestone paths and take a deep dive into the city's history. 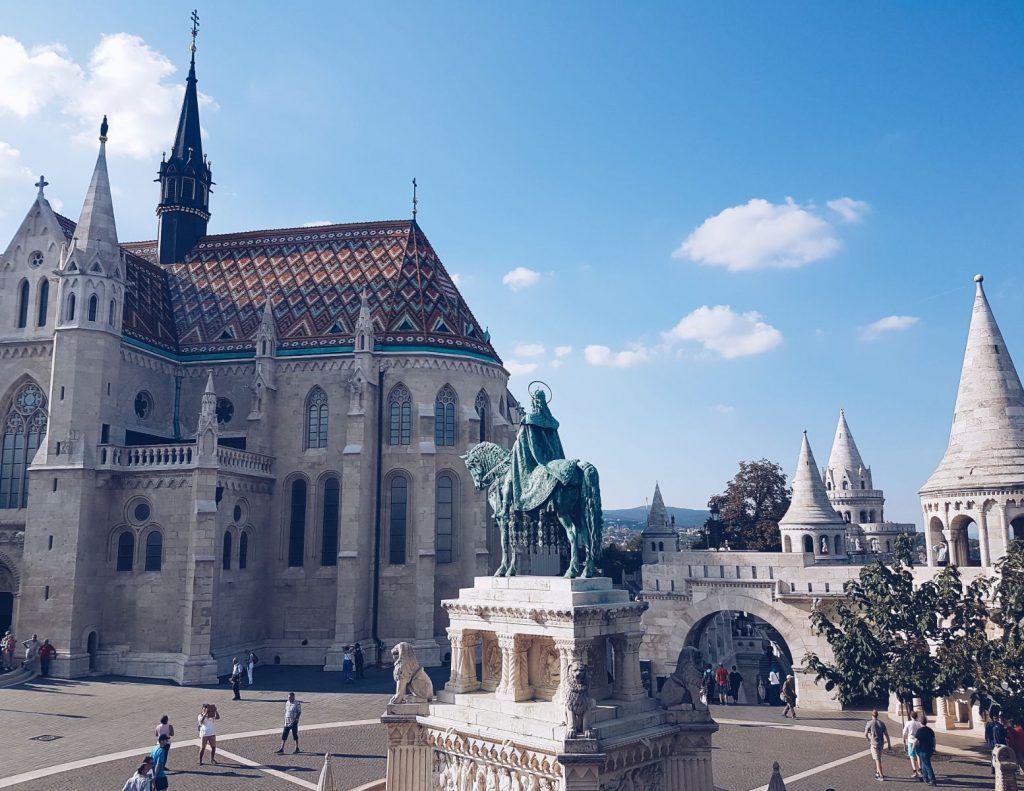 Photo by Reiseuhu on Unsplash

Most islands are tropical paradises that become major resort cities. As a result, visiting them becomes almost impossible without spending a fortune. Corfu is a gorgeous island that has appeared in the works of both Homer and Shakespeare because of its beauty and relaxing atmosphere. Miles of perfect coastlines and beaches draw tourists to Corfu each year, but Corfu Town doesn't have the high costs of the resorts near the coast. You can experience Greek specialties such as stuffed grape leaves as you dine on fresh seafood from local fishermen. Art, music, and theater are a huge part of life on Corfu, and there are many opportunities to experience live bands, plays, and more. Animal lovers will enjoy the Corfu Donkey Rescue, a refuge to over 500 donkeys that were once mistreated or abandoned. Now they live peaceful lives in comfortable barns and among sprawling greenery. 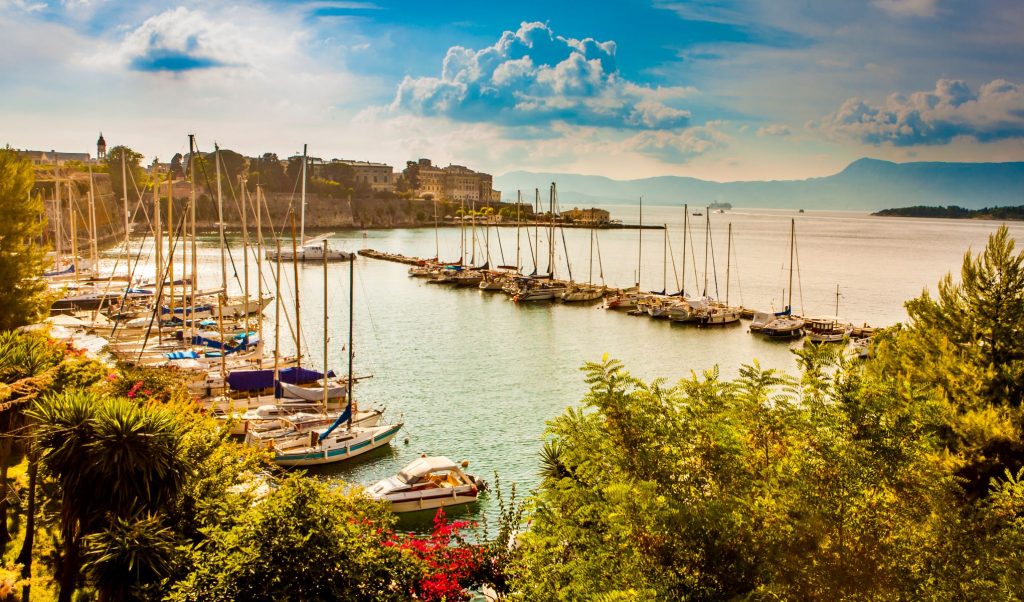 What was once Poland's royal capital is now a city of music, theater, film, dance, food, and literature. Though Krakow has seen many wars in its past, it has thrived and become a cultural bastion in Poland. The citizens hold an annual pierogi festival that is sure to entice even the most discriminating of eaters. Jazz fans will love the city's many jazz clubs and bars that line its streets. Interestingly, the city's cuisine has an interesting blend of French, Italian, and Asian influences. Just as you can enjoy a traditional kielbasa, you can dine on meatless kebabs and vegan sushi. Of course, when you're dining on Polish food, you can't avoid Polish ice cream. This ice cream, lody, appears in high-class restaurants and street vendors alike because it is so extraordinary. Many restaurants are able to remain affordable while still offering quality food. 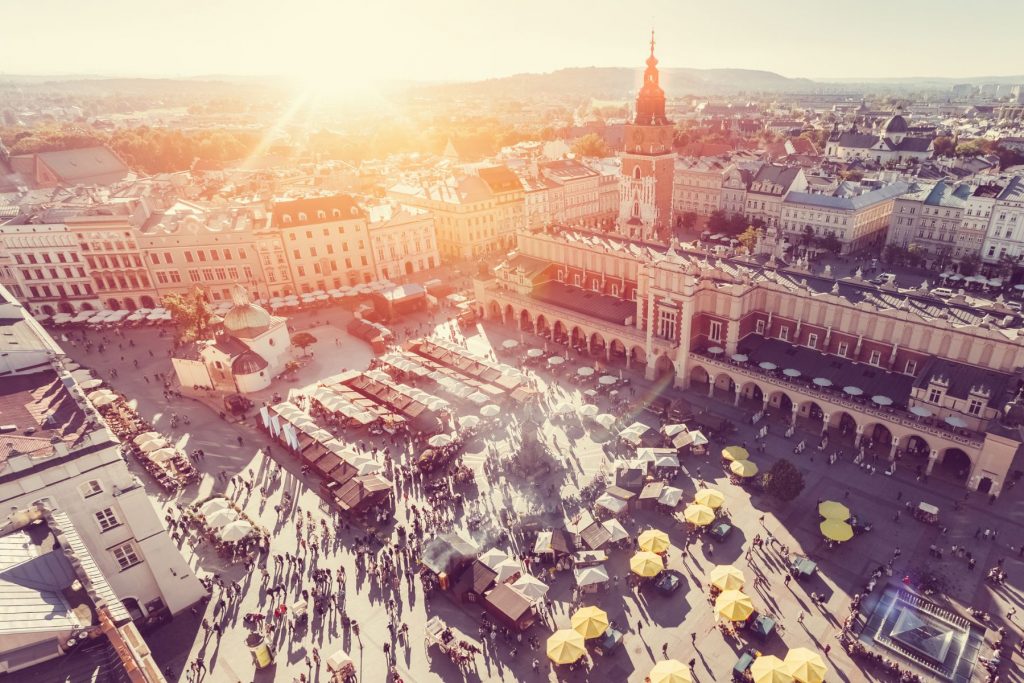 Rising from the banks of the Rio Douro, Porto looks like something out of a Wes Anderson movie. Many of the buildings along the river have bright, vibrant colors, and the city itself seems to slowly rise across the horizon. It's easy to spend your vacation here wandering through the calm backstreets and enjoying the Portuguese-style tapas bars, petiscarias. When visiting Porto, you can't leave without first visiting Ribeira. This maze of alleys weaves through the city as pastel houses and taverns line its paths. 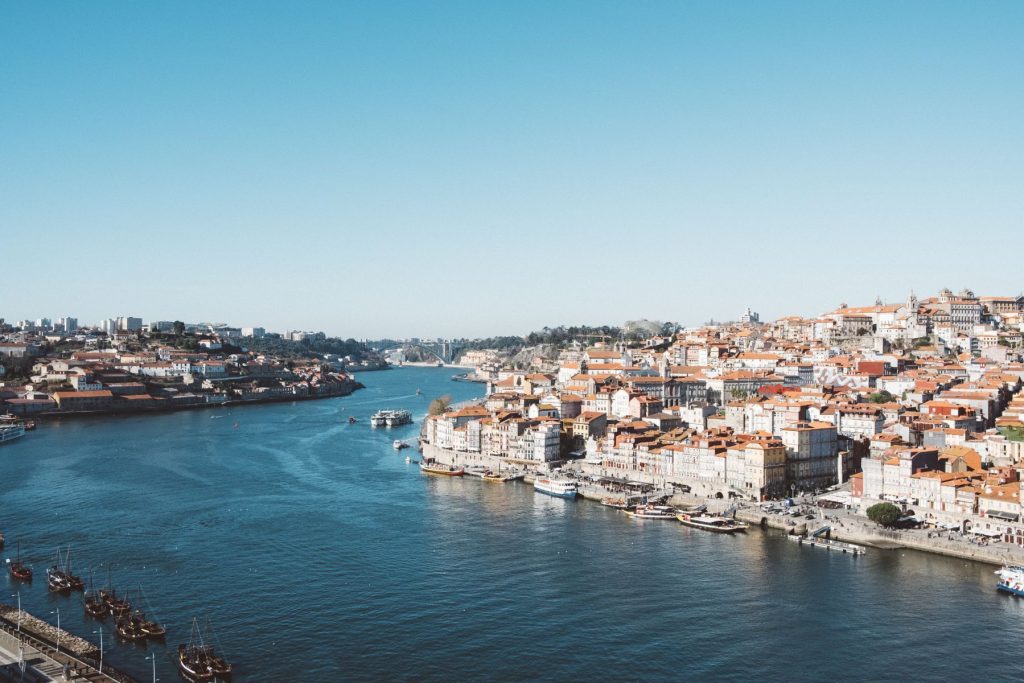 Photo by LEMUR on Unsplash

Throughout history, Tallinn has been subject to the whims of various European powers, including Danish, Polish, German, Soviet, and Swedish. Now the city is a rich and vibrant capital with a culture that pulls from many different countries. One of its most unique sites is its Old Town, a historical walled subdistrict that Tallinn has completely protected from 21st-century development. The city as a whole loves its art, with a number of incredible museums that showcase the best of Estonian artwork. Additionally, a set of abandoned factory buildings have become an alternative shopping center. This area, Telliskivi Creative City, thrives off of its many art studios, craft breweries, pop-up shops, and other unique venues. 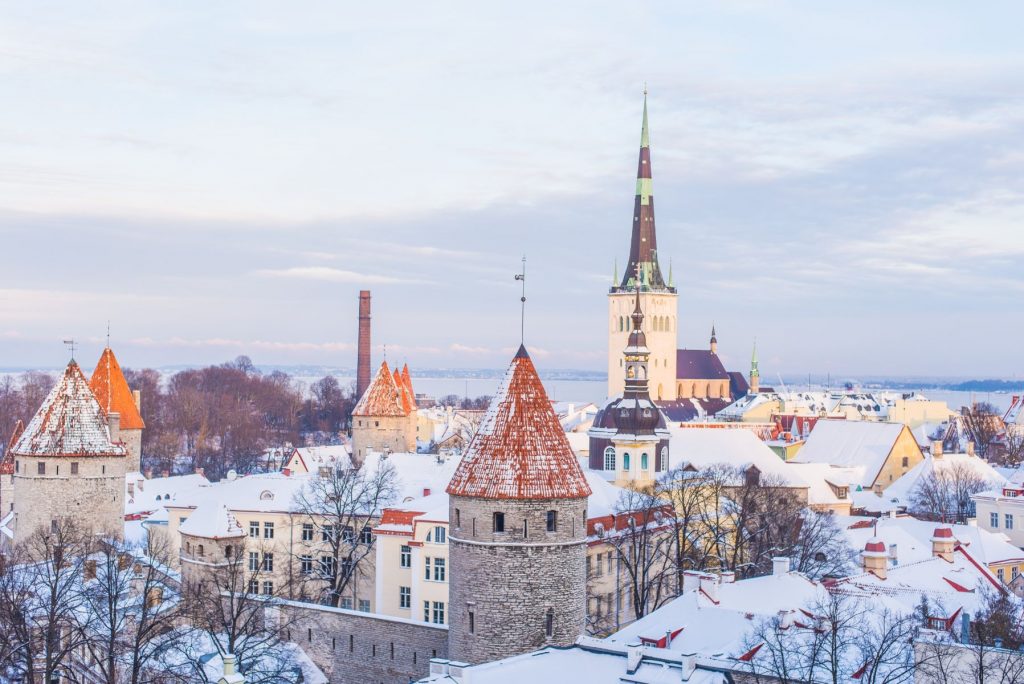 Photo by Ilya Orehov on Unsplash