The Busiest Airports Outside the US

If you’ve ever experienced long lines, major delays, complex networks of terminals to navigate, and shuttles you hope you don’t miss, you’re probably familiar with the headache of flying in and out of busy airports. The busiest airport in the world is Hartsfield-Jackson in Atlanta, Georgia, with 107 million passengers filing through its harried terminals just last year. In fact, three of the top ten busiest airports on earth are located right here in the United States. If you have an international flight in your future, however, you’re probably wondering what the busiest airports outside of America are.

Where: Beijing, China Passengers last year: 100.9 million To say China’s biggest airport is busy is a bit of an understatement. Every year since 2004, the airport has set new records for itself with the staggering numbers of people passing through its gates. With a whopping 100,983,290 travelers flying in and out of Beijing Capital International last year alone, needless to say, the airport suffers from congestion issues, and there are frequent delays. The newly constructed Beijing Daxing International Airport, which outsizes both London Heathrow and New York’s JFK, should take some of the load off this mega-airport. 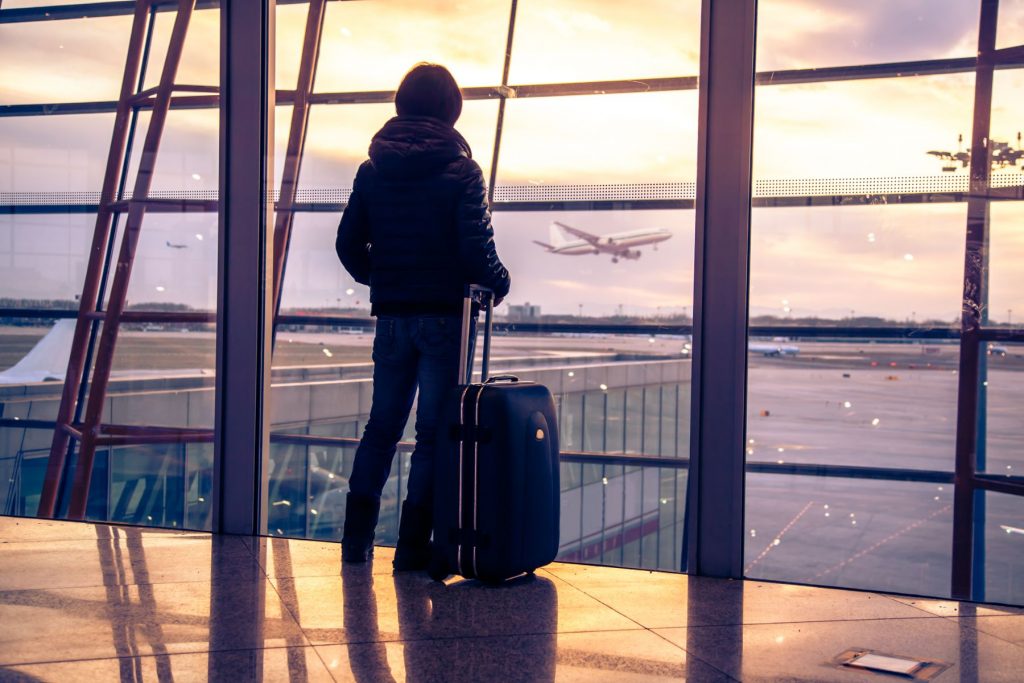 Where: Dubai, United Arab Emirates Passengers last year: 89.1 million If you’re a shopaholic, you’ve lucked out if you have a layover in the second busiest airport on earth, outside of the US. Dubai International is home to one of the world’s most extensive airport shopping centers, a literal multi-story indoor mall where you can find everything from high-end Rolexes to tacky souvenir trinkets, like camel keychains. The airport is flourishing, thanks to Dubai’s growing international prominence as a business center and tourist destination. 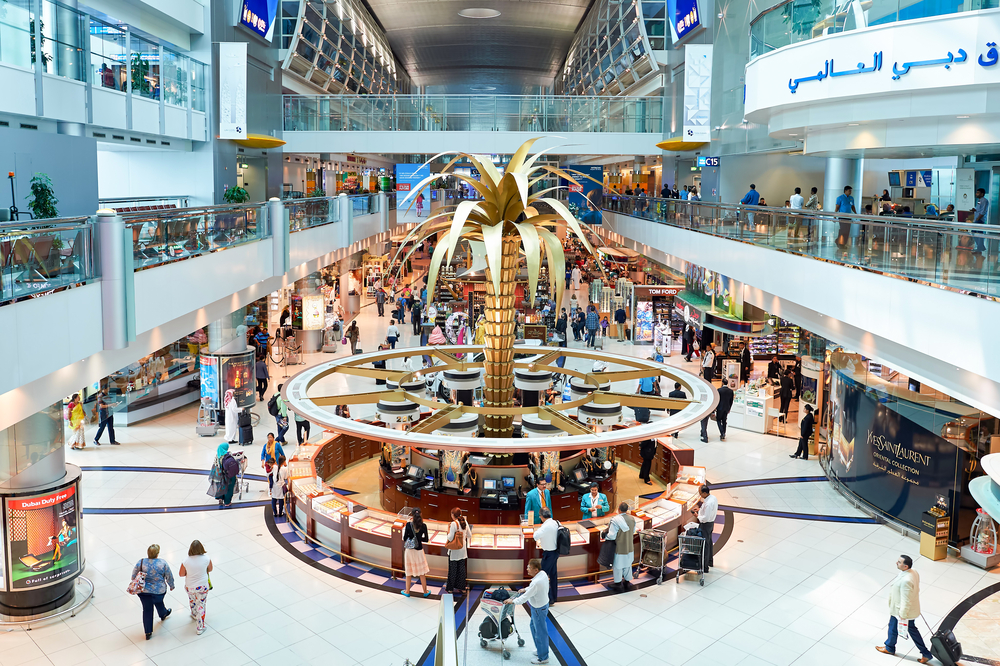 Where: Tokyo, Japan Passengers last year: 87 million Long restricted to domestic and intra-Asia travel, Tokyo Haneda is working hard on opening up an international arrival terminal in preparation for the 2021 Olympics and Paralympics. The government will add nearly 40,000 international flight slots to accommodate the expected influx of visitors from around the globe. 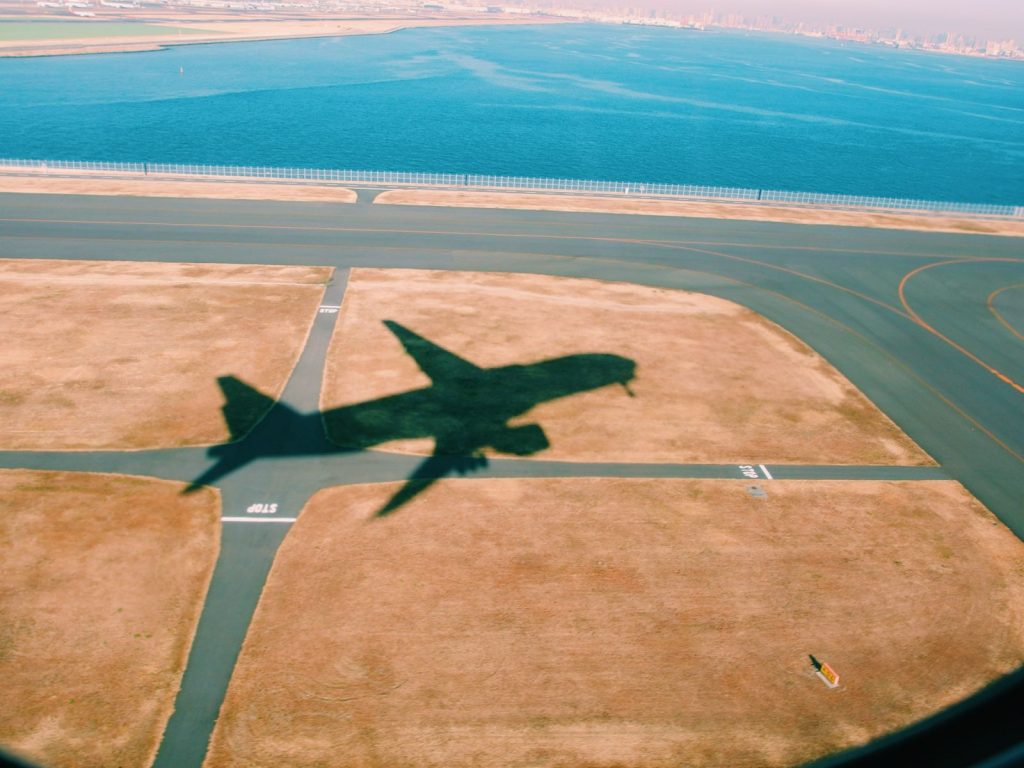 Where: London, England Passengers last year: 80.1 million The notorious layover stop for international long haul flights zooming in all directions across the globe, London’s famously frenetic airport actually has a lot going for it. If you have time, head to Heathrow’s Terminal 5 Expo Fine Art Gallery, which aims to provide a peaceful “contemplative space” amidst all the hubbub of this crazy-busy transportation hub. 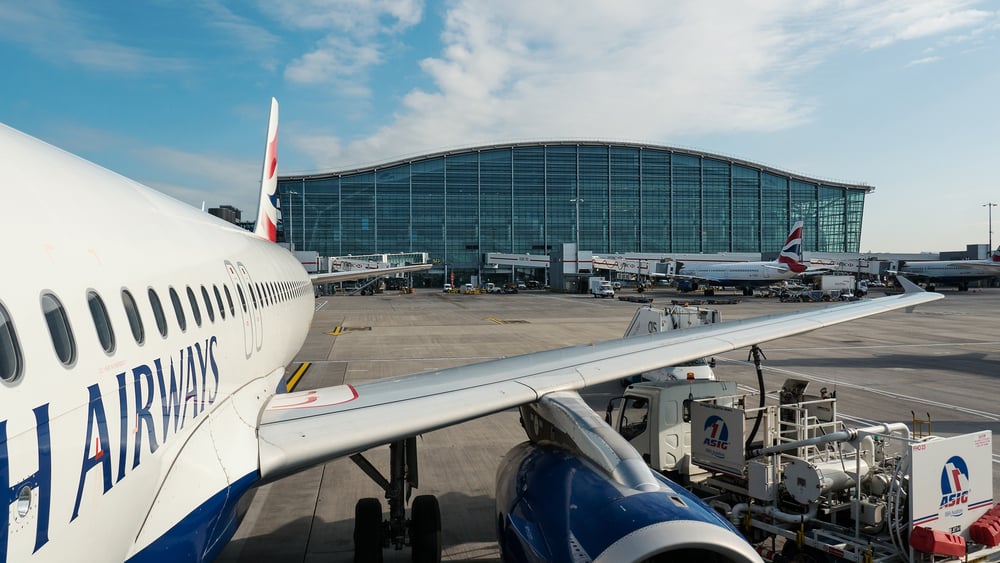 Where: Hong Kong, China Passengers last year: 74.5 million The “gateway to Hong Kong” is already pretty impressive, with its IMAX theater, optical illusion artwork scavenger hunts, Aviation Discovery Center, and nine holes of golf surrounding an inland lake in Terminal 2. But Hong Kong International is about to get a world-class facelift, thanks to a planned $18 billion makeover. Soon, travelers can also enjoy an observatory deck, a 91-foot-high sky bridge for airbuses to fly under, and even a nursery for working parents. 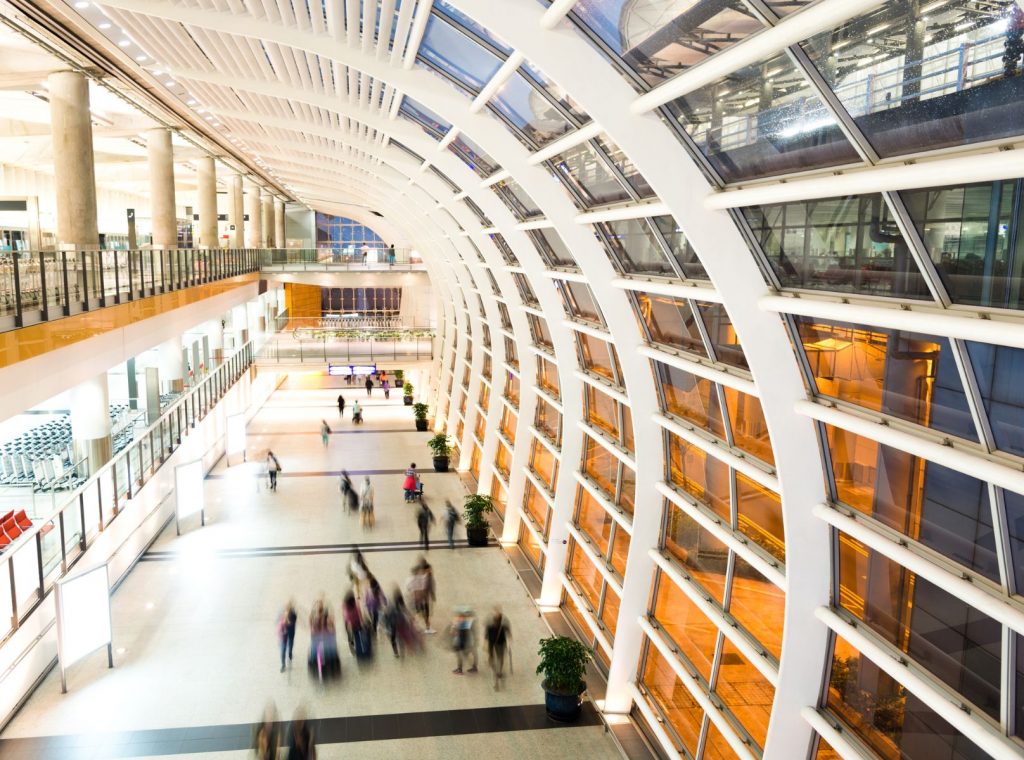 Where: Shanghai, China Passengers last year: 74 million The fifth busiest airport in Asia is pretty basic, with simple food courts and standard duty-free shops. What’s not so basic is how much of Apple’s budget goes toward flights to and from this airport. The company spends roughly a quarter of its annual $150 million flight budget on tickets between San Francisco International Airport and Shanghai Pudong. 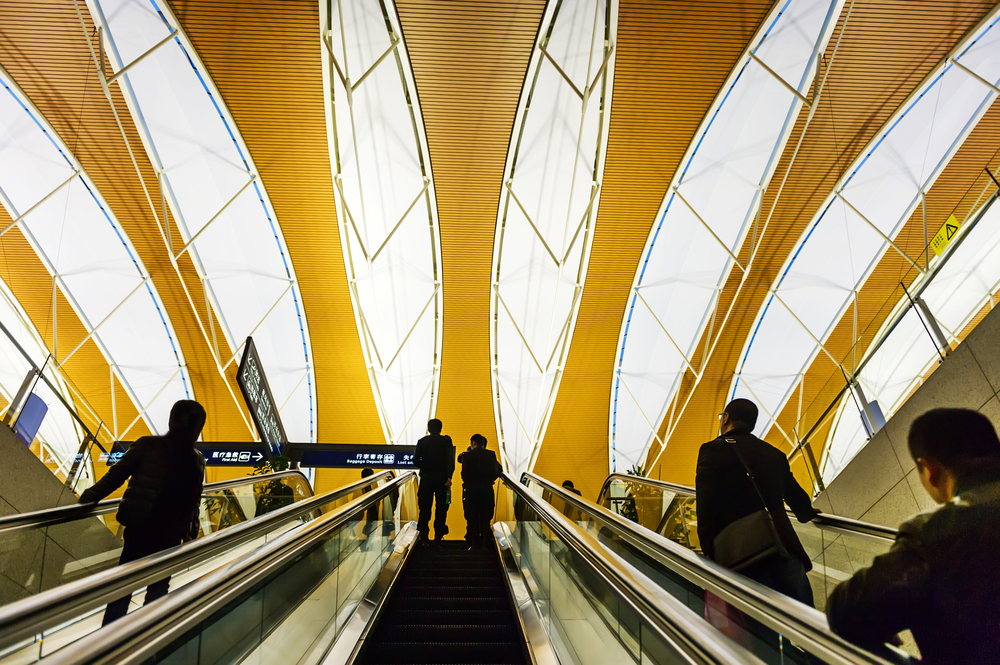 Where: Paris, France Passengers last year: 72.2 million France’s major aviation hub is continental Europe’s busiest airport. Named for the leader of the French resistance against Nazi Germany in World War II, Charles de Gaulle Aiport offers a très unique experience in Terminal 2. There you’ll find Instant Paris, an area which allows you to take an immersive 3-D stroll down Parisian streets. You can also peer through a virtual window to catch a glimpse of the Eiffel Tower in real time. 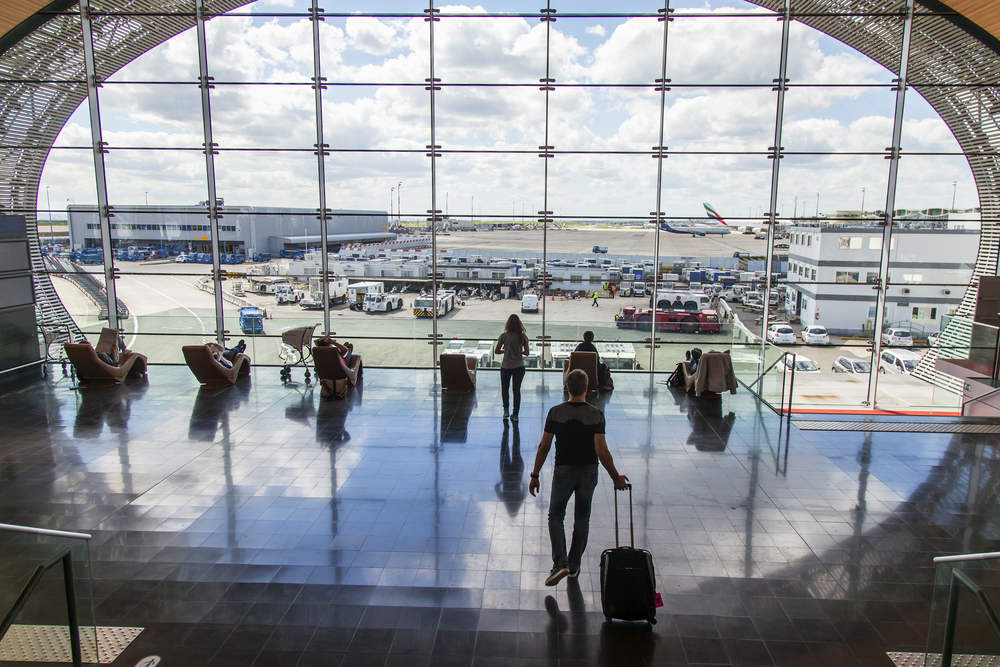 Where: Amsterdam, The Netherlands Passengers last year: 71 million Amsterdam’s bustling airport, which serves 104 airlines to 98 countries, was built at the bottom of the former Haarlemmer Lake, which was drained in 1852. This makes it one of the world’s most low-lying airports. Legend has it that even its name pays tribute to its watery past: “Schiphol” is said to be a combination of the Dutch words “Schip” and “Holl,” which translates to “ship grave.” 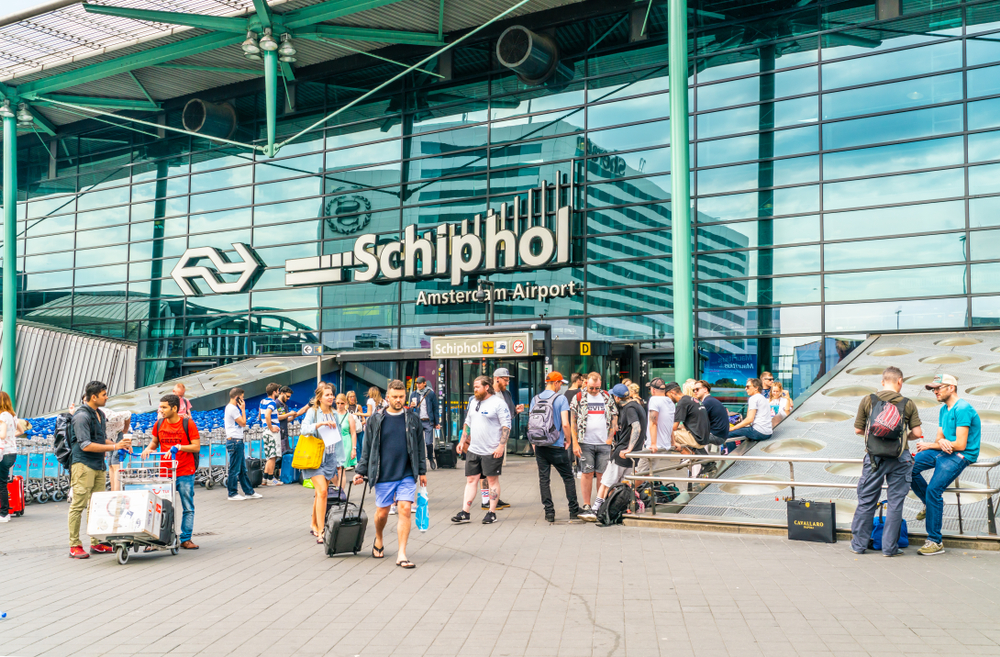 Where: Delhi, India Passengers last year: 69.9 million India’s largest airport was built during World War II by the Indian Air Force before management was eventually passed over to Airports Authority of India (AAI). Indira Gandhi International got its current name in 1986 when Terminal 2 was added. The addition of Terminal 3 in 2010 improved the airport’s ability to handle increasing numbers of international and domestic carriers, which has sent passenger numbers through the roof. Construction should soon be in the works for a proposed second Delhi airport, which will be known as Delhi Greater Noida or Jewar Airport. 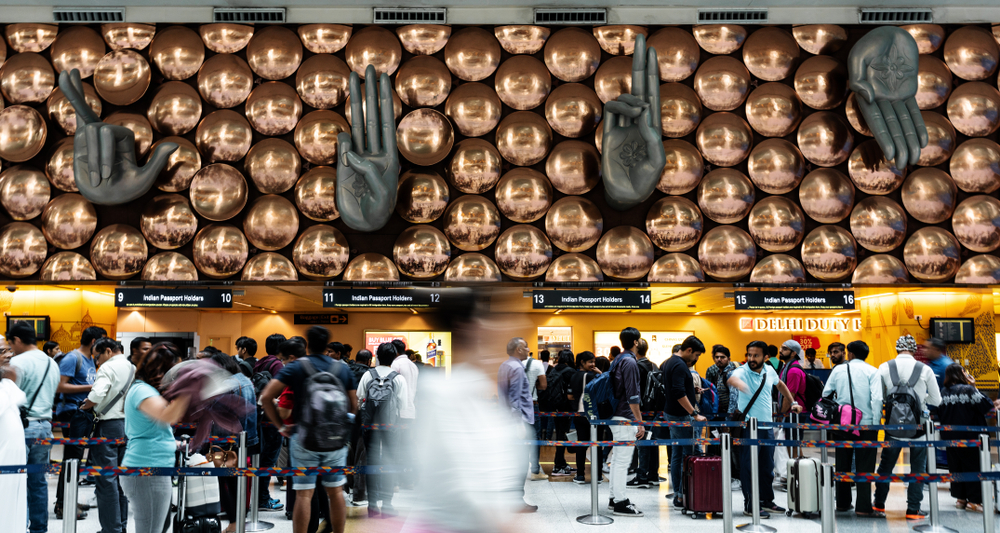 Where: Guangzhou, China Passengers last year: 69.7 million Southern China’s constantly expanding airport is located smack dab in the middle of one of the country’s major trading ports and industrial hubs. The airport is well on its way to becoming a serious rival to others and is already a direct competitor with nearby Hong Kong International in terms of total passenger volume. Guangzhou Baiyun is expected to be able to handle a whopping 100 million passengers a year in the near future, with the addition of a new terminal planned for 2025. 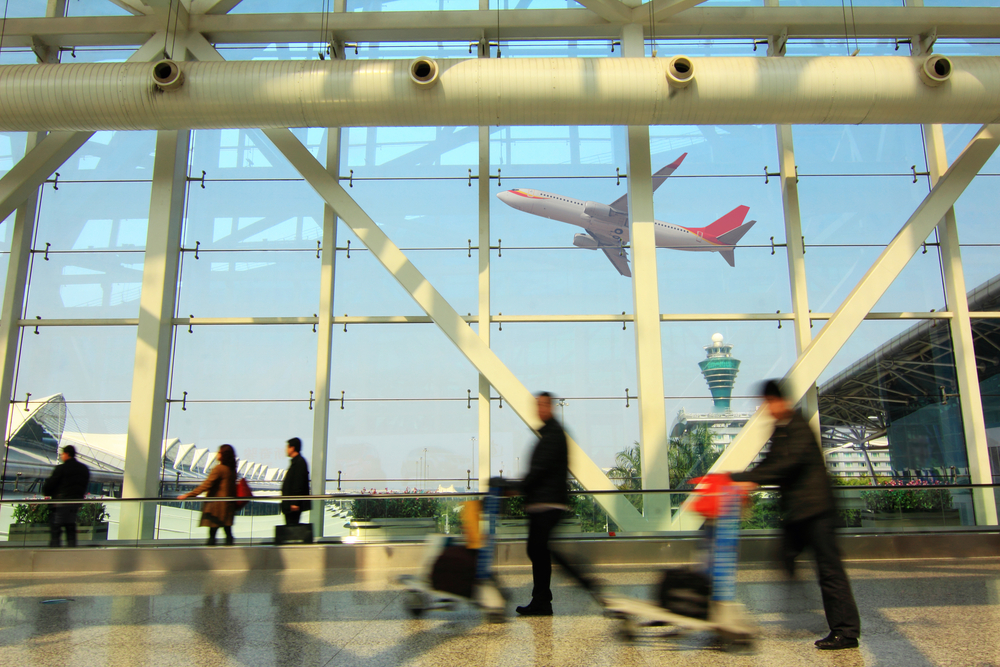