The Best Things to Do in Osaka

Located on the island of Honshu, Osaka is Japan’s second largest city. Although it is not known for its natural beauty, Osaka has made a name for itself with its exceptional food, historic landmarks, and progressive culture. Celebrated for its diverse cuisine, Osaka has a huge variety of specialty dishes tourists can sample. There’s more to Osaka than food, though. In between meals you can visit museums, temples, and landmarks or go shopping. Looking for a more memorable trip? The Sumo Spring Grand Tournament and the Tenjin Matsuri Festival are two exciting events that take place in the city.

The original Osaka Castle was built in the 1500s by General Toyotomi Hideyoshi to display his power after successfully uniting Japan. The castle stands looming over the area and is surrounded by a mote and fruit trees. Visit the castle in the spring to see an Instagram-worthy display of blooming flowers. The castle itself was rebuilt in the 1930s, but the inside is home to a display of art and artifacts from the 16th and 17th century. 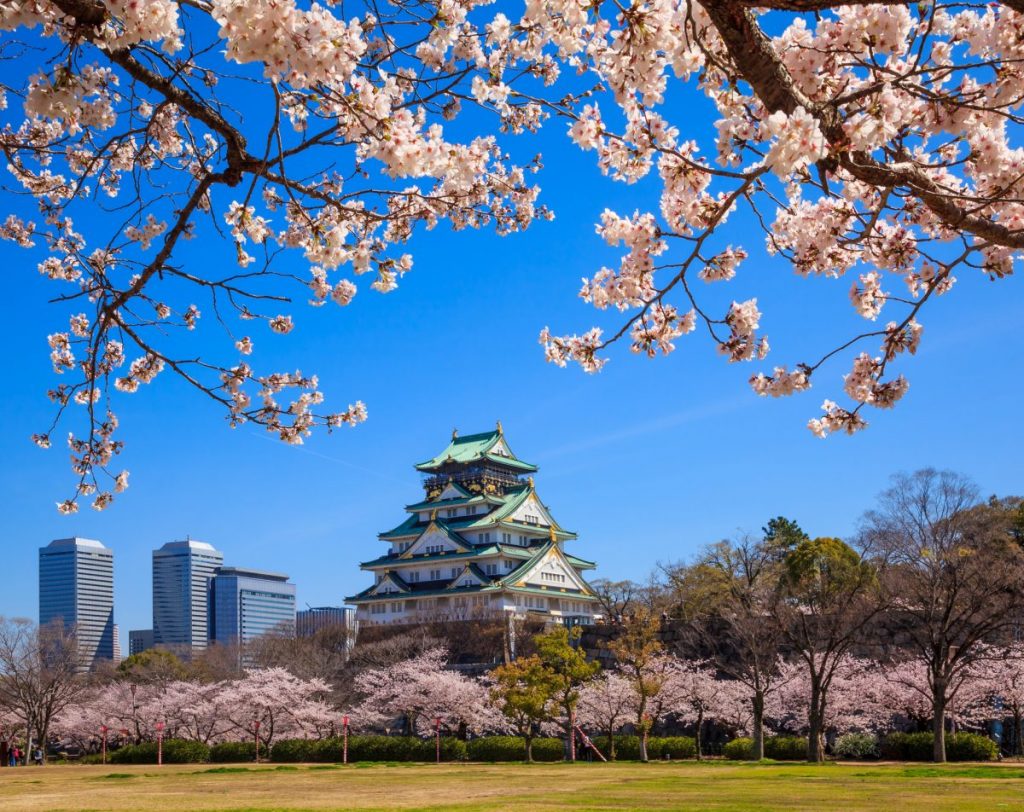 Spend a day at the Kaiyukan Aquarium

The Kaiyukan Aquarium has an astounding 30,000 animals living in it as well as over 15 different exhibits that display the many environments and inhabitants of the Pacific Rim. This is the largest aquarium in Japan, and the eight floors are home to a huge variety of marine life, including whale sharks, otters, and dolphins. Be sure to take a stroll through the Tempozan Harbor Village along the Osaka Bay while you’re there. 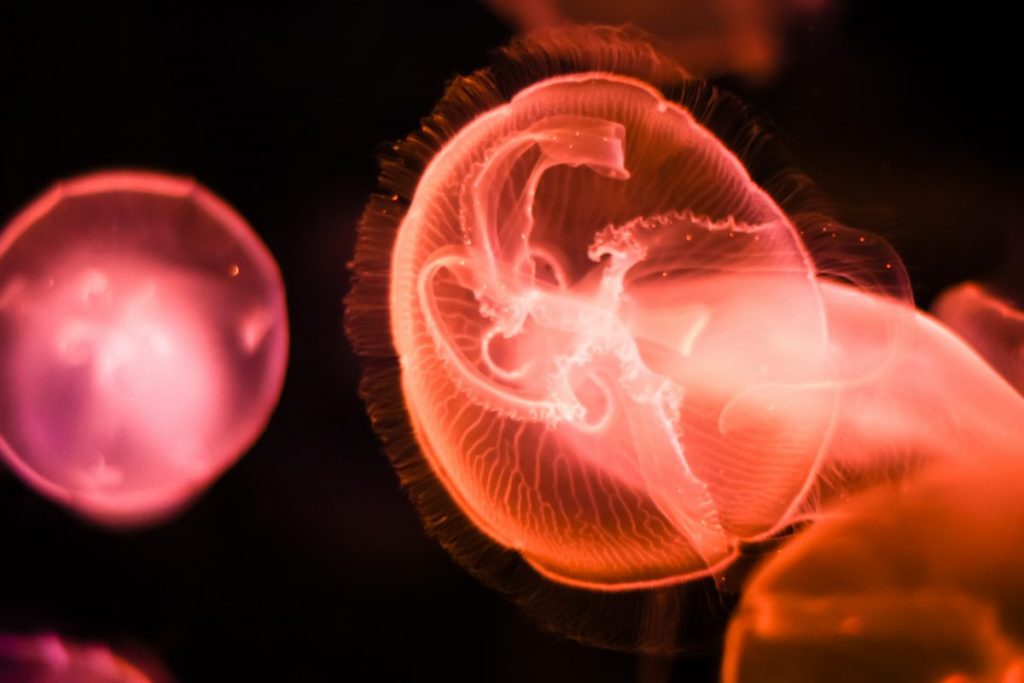 Visit the city’s shrines and temples

Although Osaka is a very modern city, it’s also home to many historic temples and shrines. The Hozenji Temple is incredibly small, but its location in the busy district of Namba makes it particularly noteworthy. If you’re going to visit one temple in Osaka, make it the Shitennoji Temple. Built in AD 593, Shitennoji was the very first Buddhist temple in Japan. Despite numerous fires over the past few centuries, the temple’s grounds have remained unchanged. The Sumiyoshi Grand Shrine is equally ancient and is thought to be the oldest Shinto shrine in both Osaka and Japan. 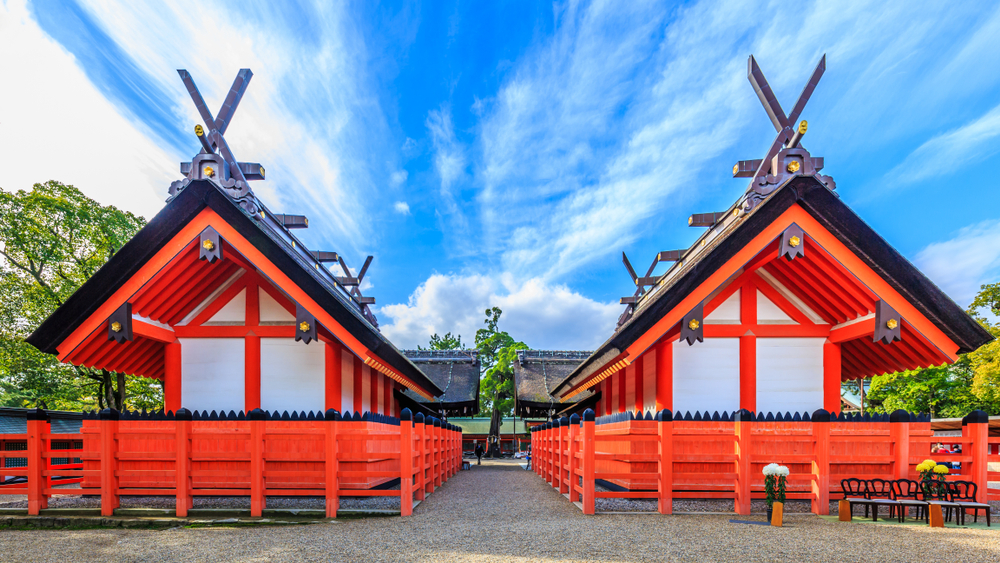 The phrase that perfectly describes Osaka is “kuidaore,” which roughly translates as “to ruin yourself with food.” With its huge variety of delectable dishes to try, you don’t have to be in the city long to understand the phrase. Dine at a traditional izakaya or sample the delicious street food. Whatever you do, don’t leave the city without trying the savory ball-shaped cakes known as takoyaki, the savory pancakes known as okonomiyaki or the kushikatsu, a deep-fried medley of meats and vegetables. 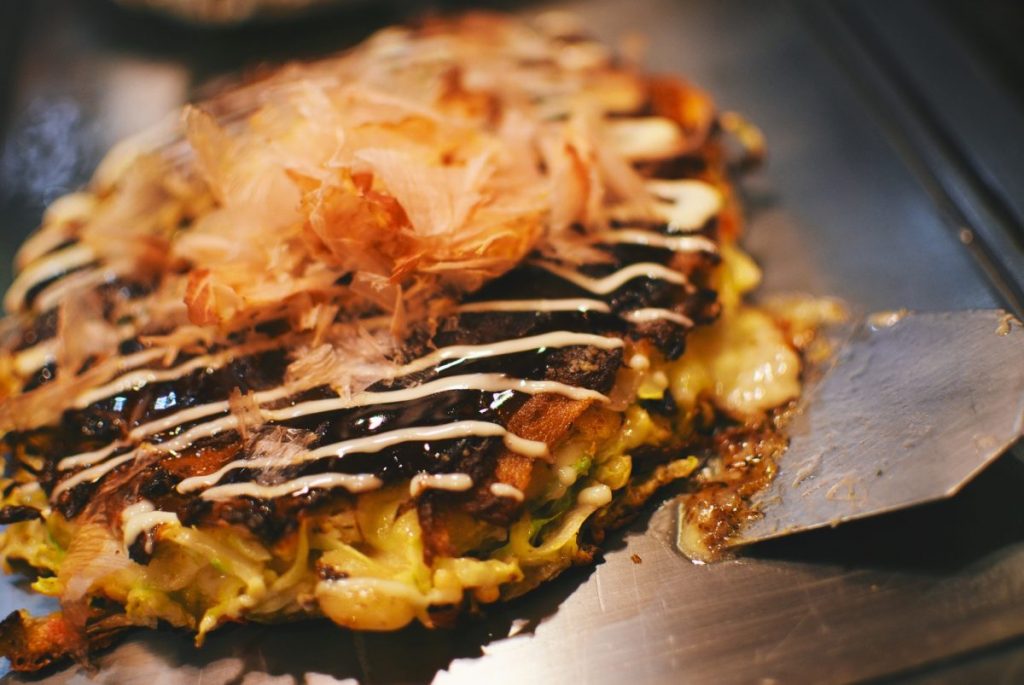 Soak up Osakan culture in Dotonbori

Dotonbori is the one district in the city that perfectly epitomizes Osakan culture. Countless bars, restaurants, and cafés line the busy, vibrant streets while animatronic signs and neon lights illuminate the sidewalks. There are plenty of people happily drinking, smoking and eating throughout the night, and the atmosphere is fast-paced and jovial. 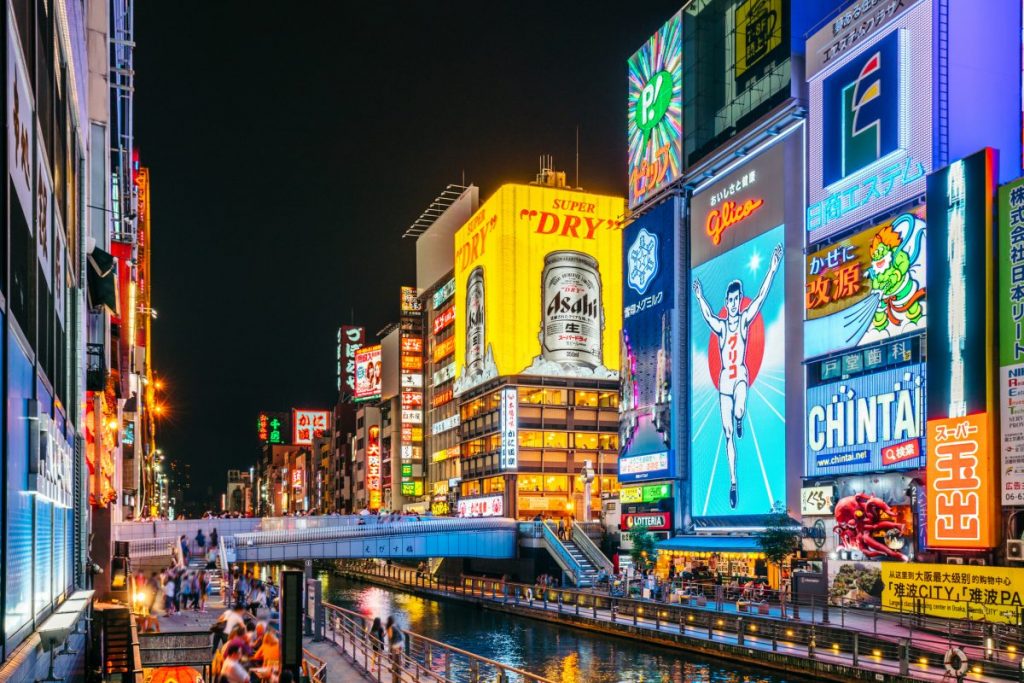 Kuromon Ichiba Market was a well-preserved local secret up until very recently. The market offers the finest selection of fresh seafood in the area, and it has become increasingly tourist-friendly in recent years. Choose your favorite fish or shellfish, and you can get it grilled right in front of you for a quick and tasty meal. 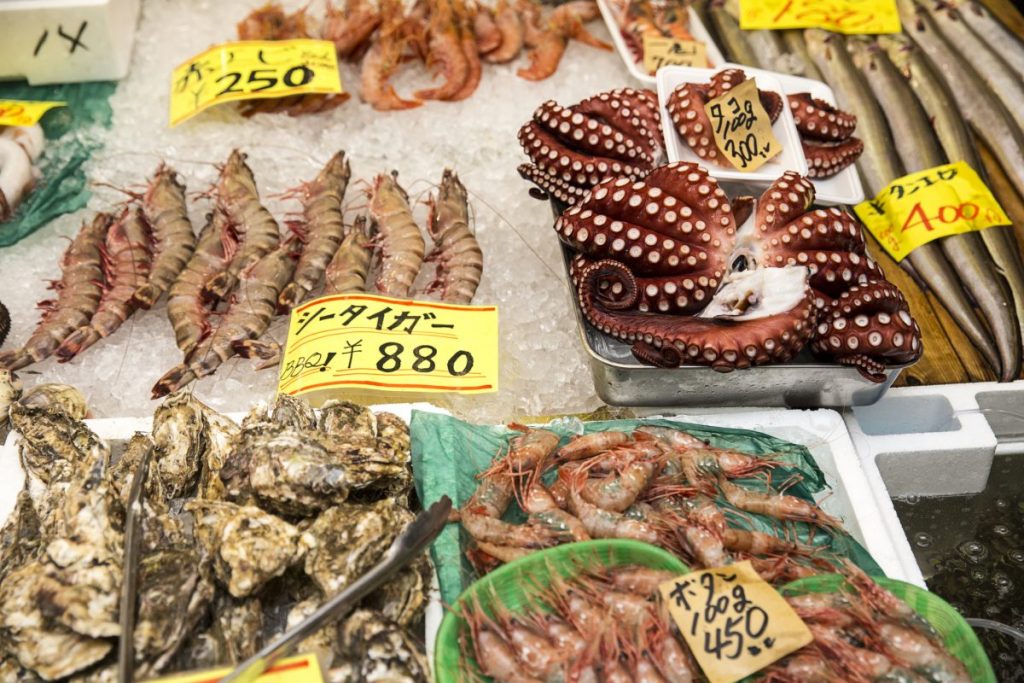 Visit the many museums

On rainy days you can turn to one of Osaka’s many museums. The Kamigata Ukiyoe Museum is a particular favorite with its impressive display of traditional Osakan art and handicrafts. The museum mainly showcases the art of ukiyoe, a type of traditional Japanese woodblock print. Apart from displaying a range of elegant prints and accompanying tools, the museums also shows off other traditional Japanese crafts. The National Museum of Ethnology is another museum that’s worth a visit. The museum showcases masks, costumes, art and more from Japanese culture as well as cultures from around the world.

Go shopping in the Shinsaibashi District

Whether you’re looking for a traditional kimono, souvenirs for friends or a new piece of jewelry, the Shinsaibashi District has everything you need and more. The famous district has been the place to go for retail therapy since the Edo Period, and it continues that tradition to this day. Shinsaibashi is full of shops, tailors, jewelers, restaurants and high-end boutiques. Spend a day or two window shopping or splurge on a brand new wardrobe. 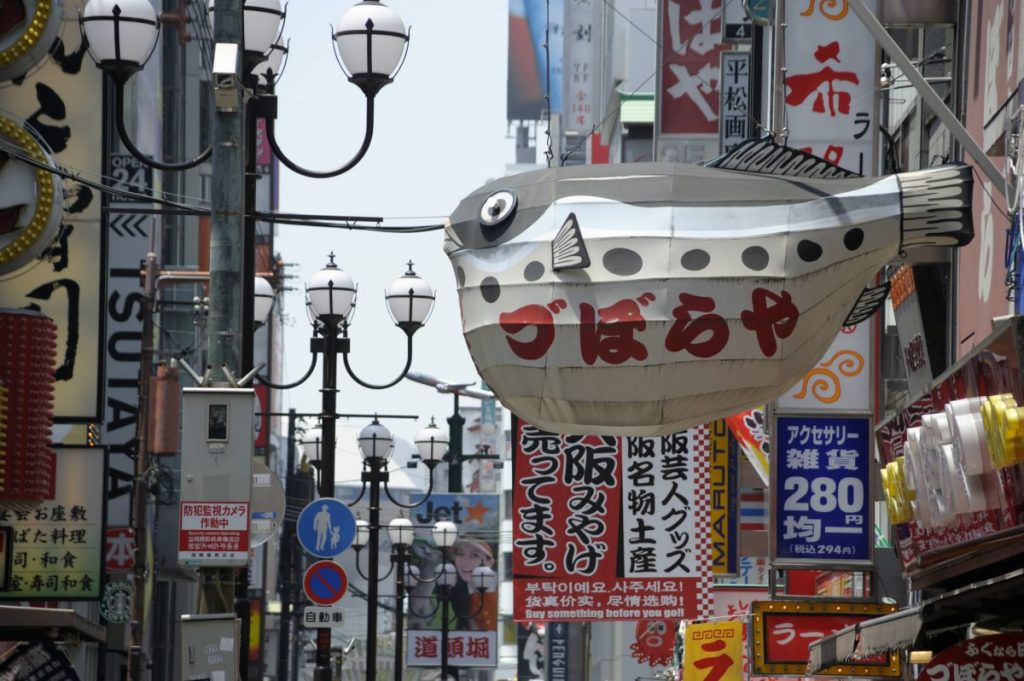 The Sumo Spring Grand Tournament is an exciting display of athleticism that’s impressive to anyone with even a passing interest in sumo. The tournament starts in March and features Japan’s most famous sumo champions plus up-and-coming stars. Head to the tournament to watch some matches while learning more about this important Japanese sport and cultural event. 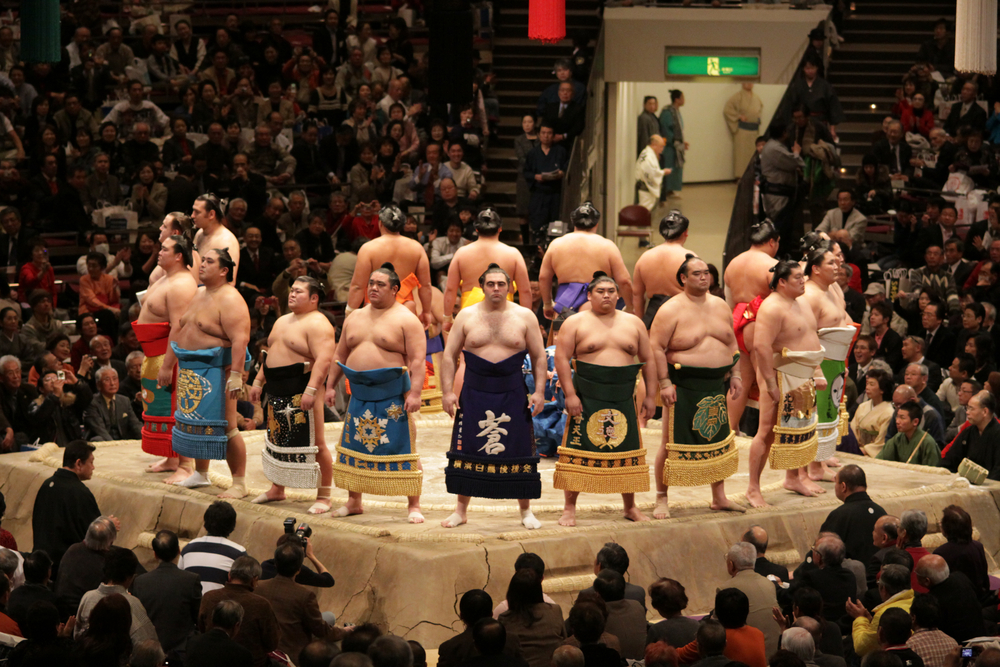 The Tenjin Matsuri Festival is one of the largest festivals in Japan, and it’s celebrated every July in Osaka. The two-day festival consists of a large procession of people wearing traditional dress and carrying large shrines down the street. The festival honors the Tenmangu Shrine deity of scholarship. During the festival, the evenings are full of firework displays and people celebrating throughout the city. 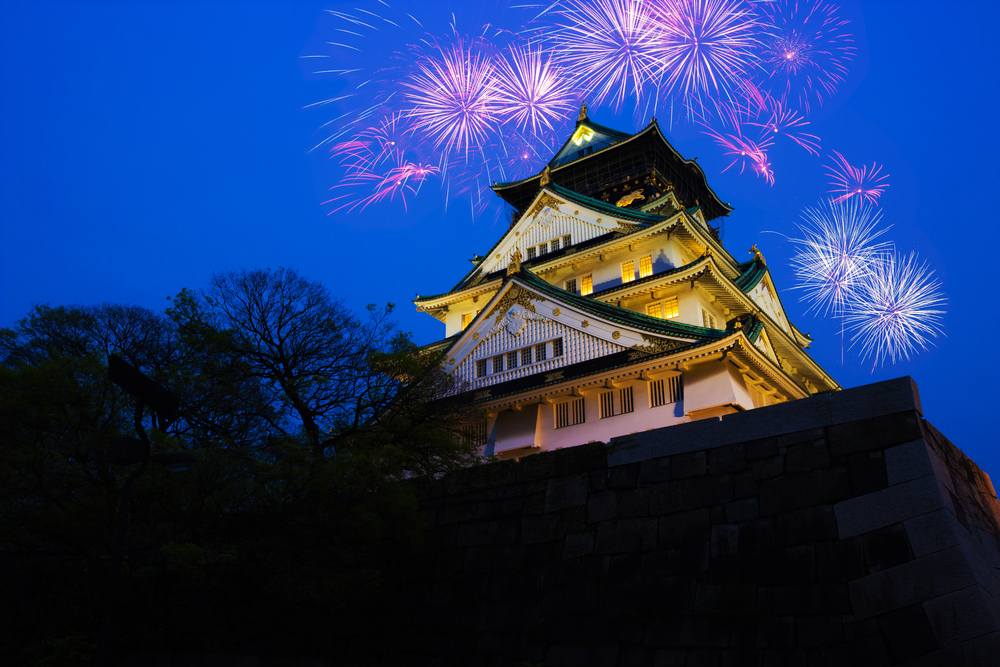