The Best Things To Do In Milan

Milan is known for being one of Europe's most modern, cosmopolitan cities. It's well established as the fashion, business and financial capital of Italy. Yet it's also a historical, cultural treasure trove, filled with amazing churches, museums, parks, architecture, music, restaurants, and first-class shopping experiences. There's even a trendy canal district lined with boutiques, eateries and artisan booths. There are so many things to do in Milan; you could easily enjoy a week in this city that was once the capital of the Western Roman Empire.

Walk on the Rooftop of Il Duomo

The Milan Cathedral is over 650 years old and is certainly one of Italy's largest, most impressive duomos. The architecture is awe-inspiring, both inside and out. Take the steps or elevator to the rooftop terrace for an amazing view of the city, fantastic photo opportunities and close-up looks at the many towers and statues. The cathedral is the heart and soul of Milan, and a sight not to be missed. Go back again at night and see it lit up. 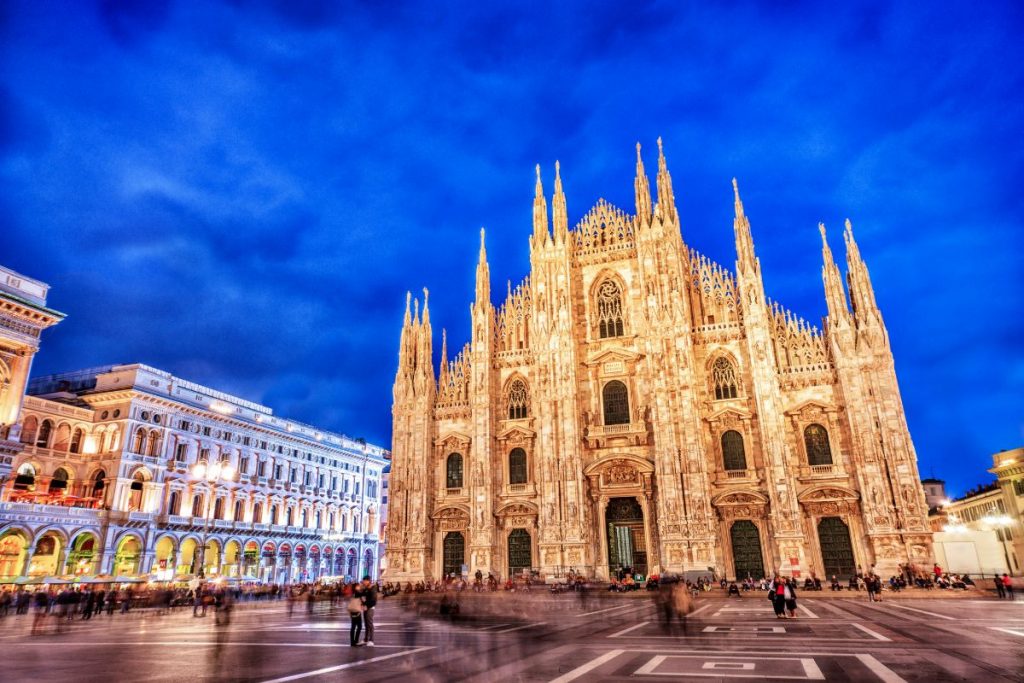 La Scala, known as the "Temple of Opera," was built in 1778. Many of the great composers, including Rossini, Verdi, and Toscanini have written and conducted works here. For opera lovers, indulging in a live performance at La Scala is a once-in-a-lifetime experience. And if you know little about opera, the theatre is still a must-see for its architectural beauty and historical significance. There is also the La Scala Museum you can tour, which includes a look inside an opera box inside the theatre if a performance is not in session. 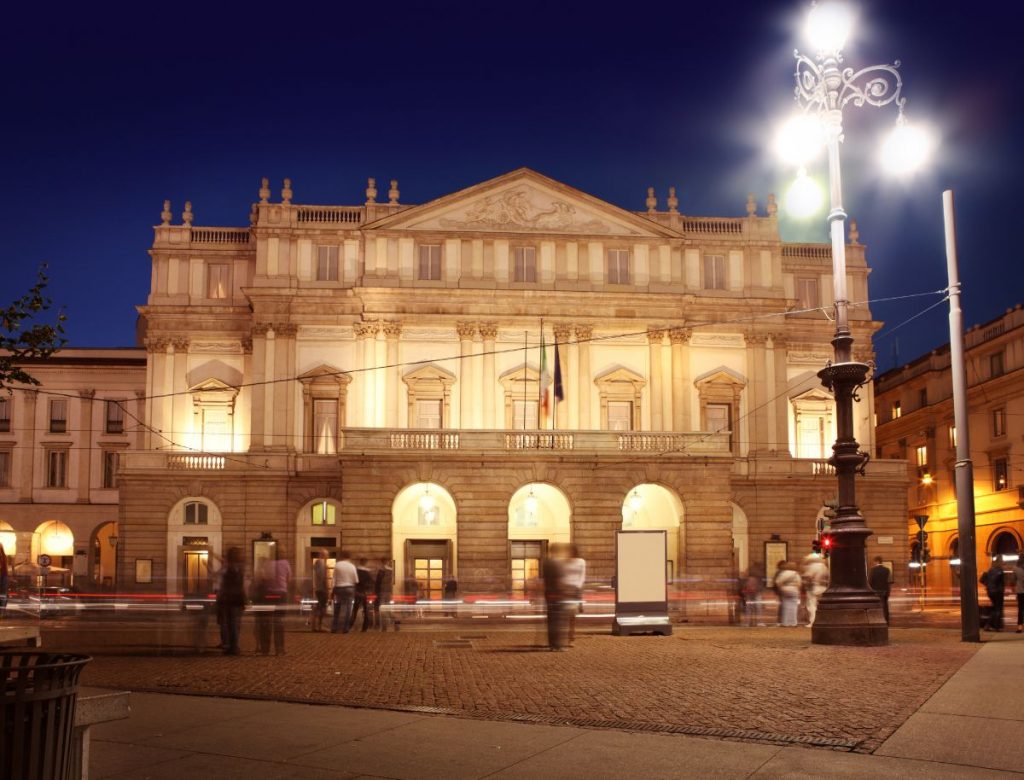 See an Impressive Work of Art

While you're in Milan, you have an opportunity to visit one of the world's most recognizable paintings: The Last Supper by Leonardo Da Vinci. This famous mural is on display at the Santa Maria delle Grazie church, a UNESCO World Heritage site, in the convent's refectory. Only about 30 people at a time are allowed inside for a 15-minute showing, so it's wise to book tickets months in advance of your arrival as they often sell out.

Take a Spin for Good Luck

The Galleria Vittorio Emanuele is the world's oldest shopping mall, dating back to 1861. It sits between Il Duomo and La Scala Opera House. This elegant structure is four stories high, with tall, glass ceiling at its center. As you walk through the hall's main center, there are four mosaics on the ground of the first floor. One is a mosaic of a bull. The bull is Turin's coat of arms. You'll notice many people twirling around here, while others watch and wait their turn. 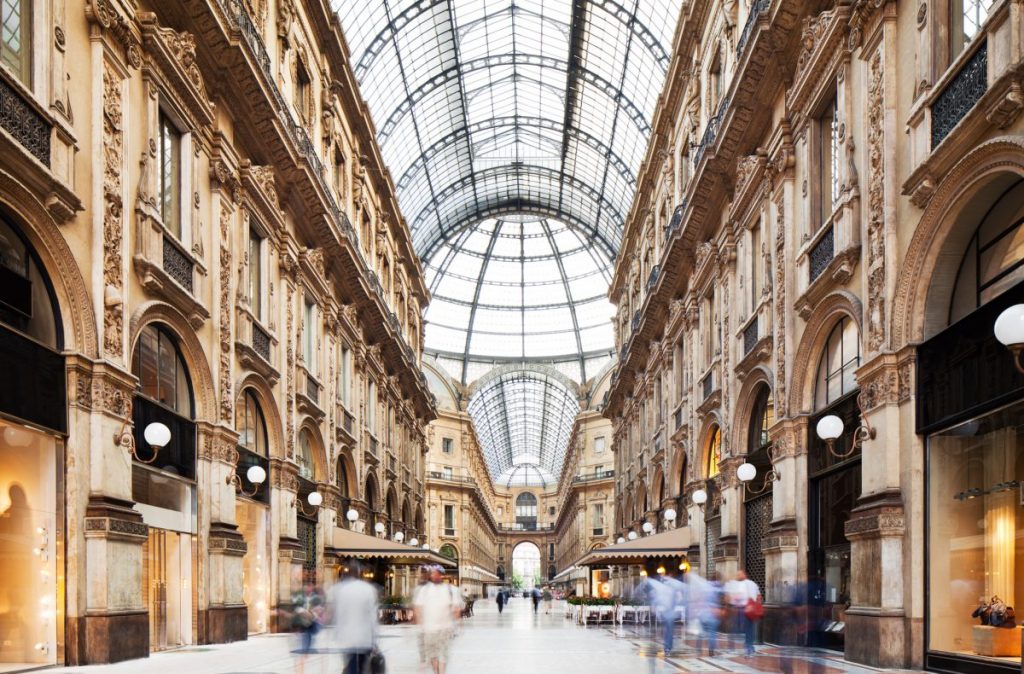 Head for Nature to Unwind

After a long morning of churches, museums or shopping, it's a pleasure to relax and stroll in the beautiful Parco Sempione. This is Milan's largest green space. It was built in the early 1890s to resemble a typical English garden. Within the park are other attractions. Among them are a medieval castle, the historical "Arch of Peace," a sports arena, an aquarium, the Torre Branca tower offering views of the city and the Palazzo dell'Arte, a contemporary art museum. 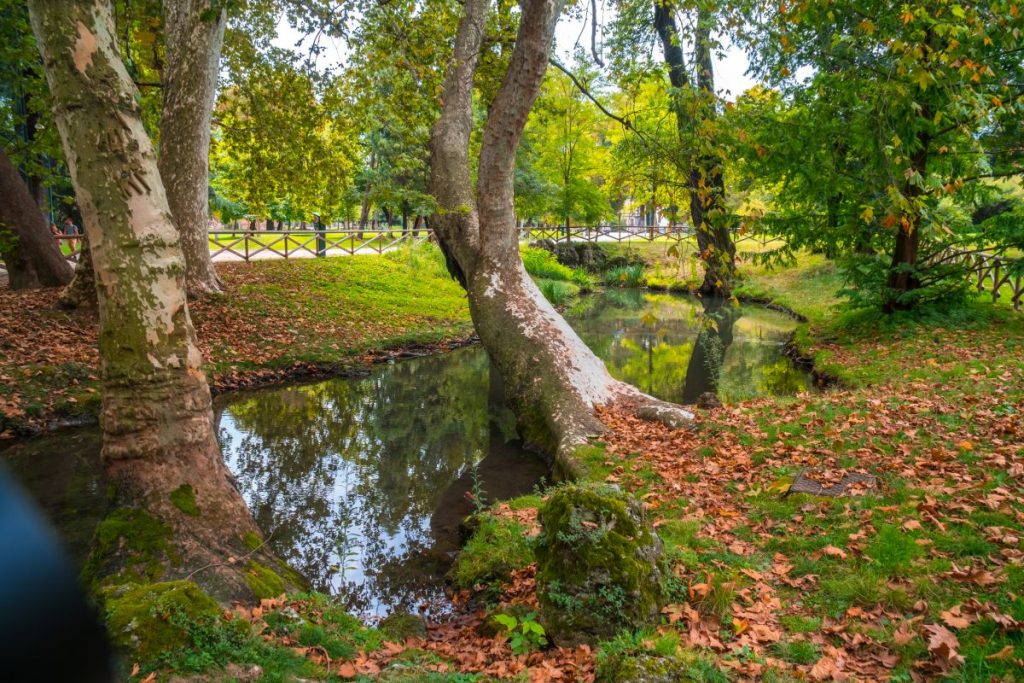 While you're in Parco Sempione, it would be a shame to miss out on visiting the Sforza Castle. Originally built in the 1300s, the Duke of Milan, Francesco Sforza, had this huge structure fortified for the military in the 15th century. A number of artistic masterpieces are on display at Castello Sforzesco, with works by Michelangelo, Donato Bramante and Leonardo de Vinci among them. 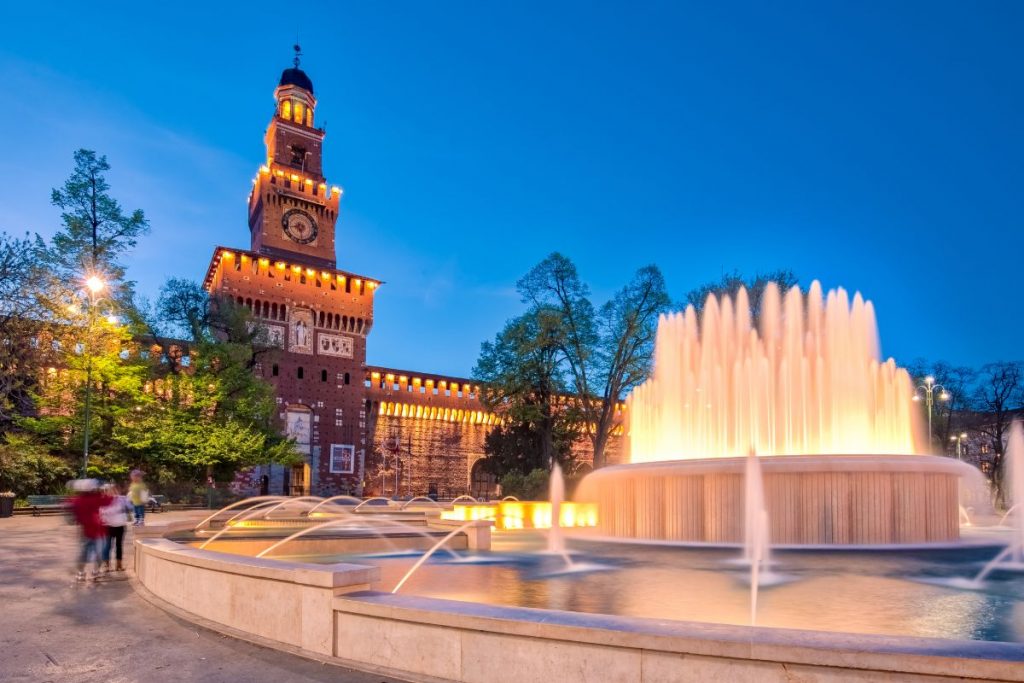 Wander Around an Artsy Neighborhood

Not far from Parco Sempione is a neighborhood known as La Brera District. Wander its narrow, cobblestone streets and stop into the shops, charming cafes and restaurants along the way. In nice weather, you'll probably pass some fortune tellers, street performers, musicians and other colorful characters that will liven up your visit. 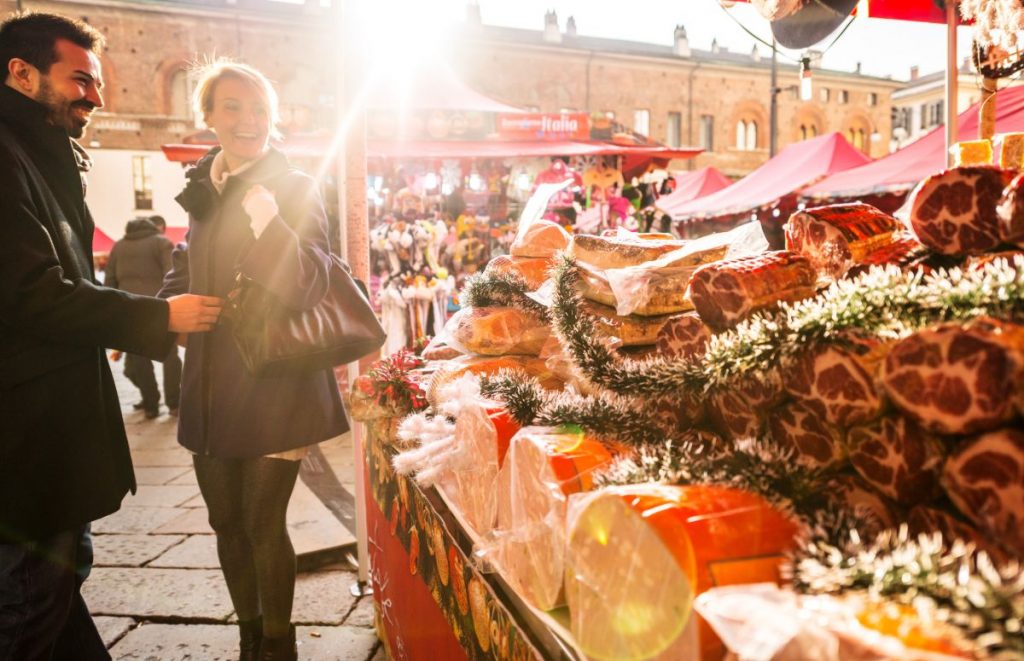 When in Milan, you'll find ossobuco on the menu at most traditional restaurants. Ossobuco is a stew with veal shank that contains marrowbone.  Other must-have specialties served in Milanese restaurants include risotto and veal cutlets. A few eateries known for dishing up delicious, typical Milanese meals include: 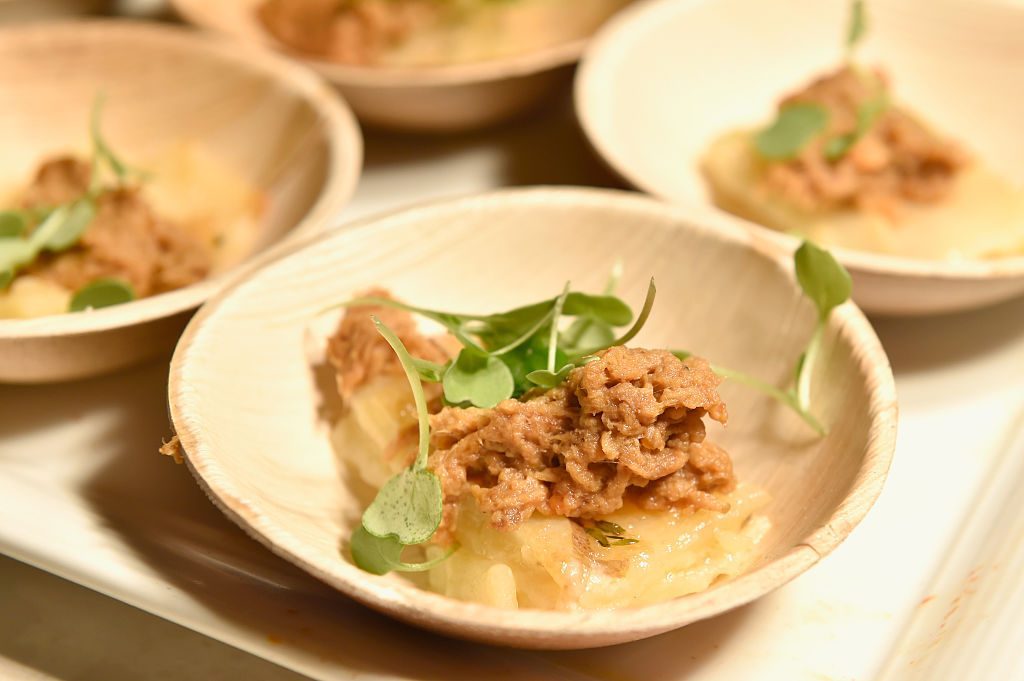 Discover just about anything you desire at this fabulous department store within steps of Il Duomo. La Rinascente has some of the world's finest selection of fashion items. Take the elevator up to the 7th floor and enter a hall of food and drink offerings you'll want to indulge in immediately. Buy extra to take home as gifts, especially the wonderful chocolates. There's even a rooftop restaurant with awesome views of the Duomo. 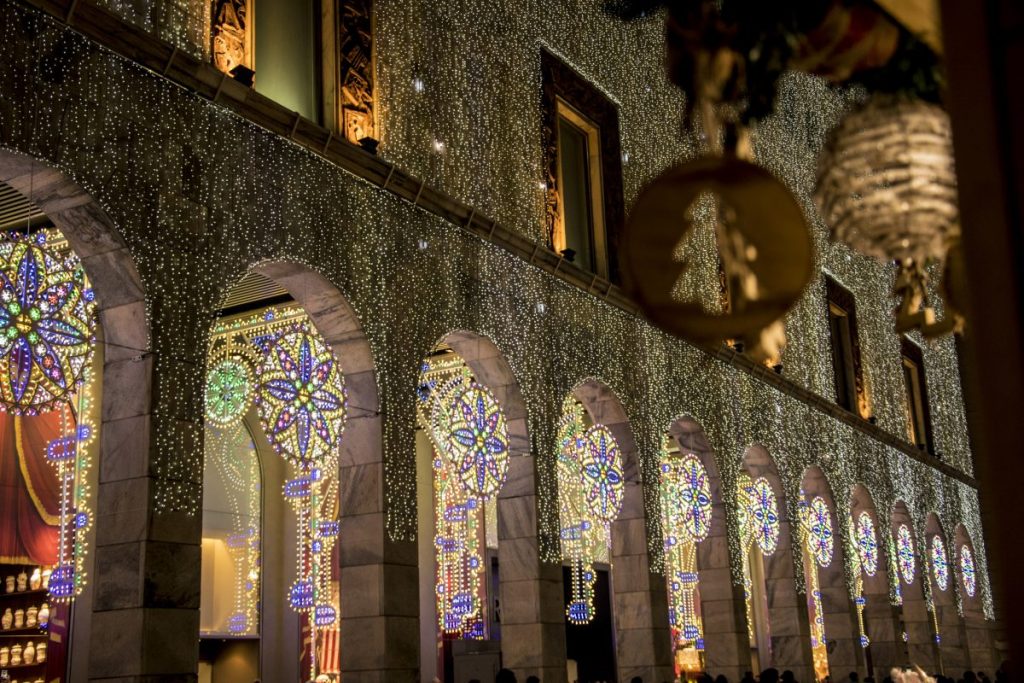 The Navigli District in Milan has two lovely canals going through it: Naviglio Grande and Naviglio Pavese. This trendy neighborhood is peaceful to stroll through during the day, and the area comes alive at night. It has many popular nightclubs, shops, and restaurants that draw both locals and visitors. 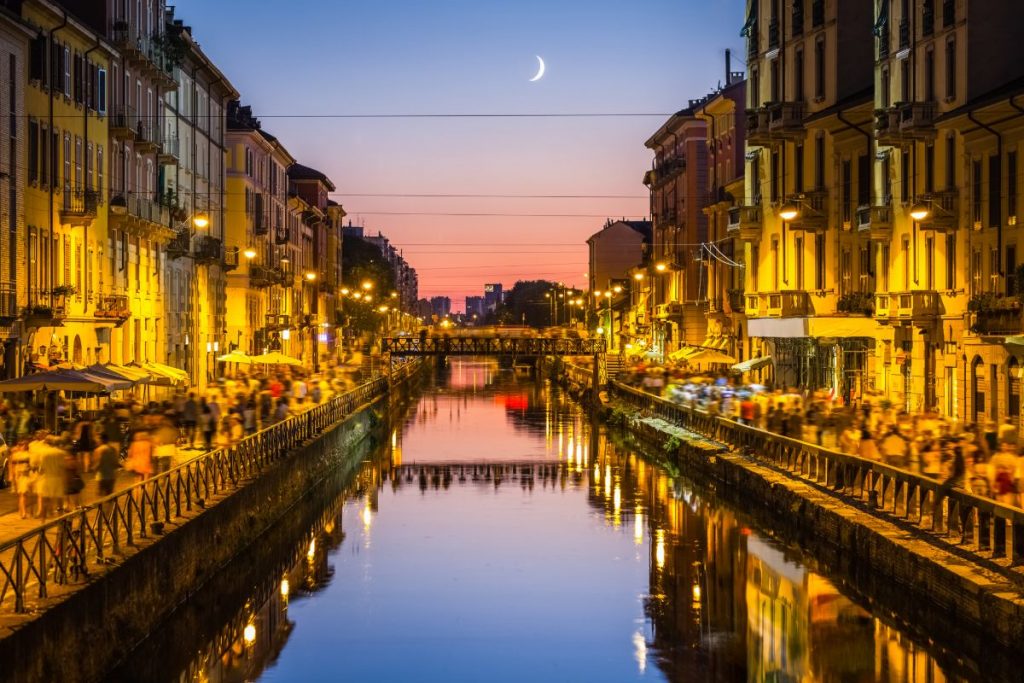