The Best Island Destinations for a Holiday

Islands are a world in miniature. While all the islands on this list offer something different, they are considered the best ones to visit in their region of the world. Simply put, these 10 islands are the best on Earth. There are remote and unspoilt havens, and there are hot destination islands on everybody's bucket list. Some have luxurious accommodations and others will force you to rough it. Whether you like to immerse yourself in local culture or party the night away with an imported beer or two, there will be a perfect island for you.

Lord Howe Island is located between Australia and New Zealand. Only settled by people in 1834, the island has escaped modern development with most of the island remaining untouched primary forest. To preserve the beauty of this tropical paradise, just 400 tourists are allowed access at any one time.

Being so remote and undeveloped, Lord Howe is popular with adventure tourists. There are minimal facilities so this isn’t a good destination for fans of shopping. Common activities include taking a guided climb up Mount Gower, and swimming, snorkeling and scuba diving the pristine waters. About 70 percent of the island is now protected as a national park, so visitors need to be especially respectful here and take garbage away with them. 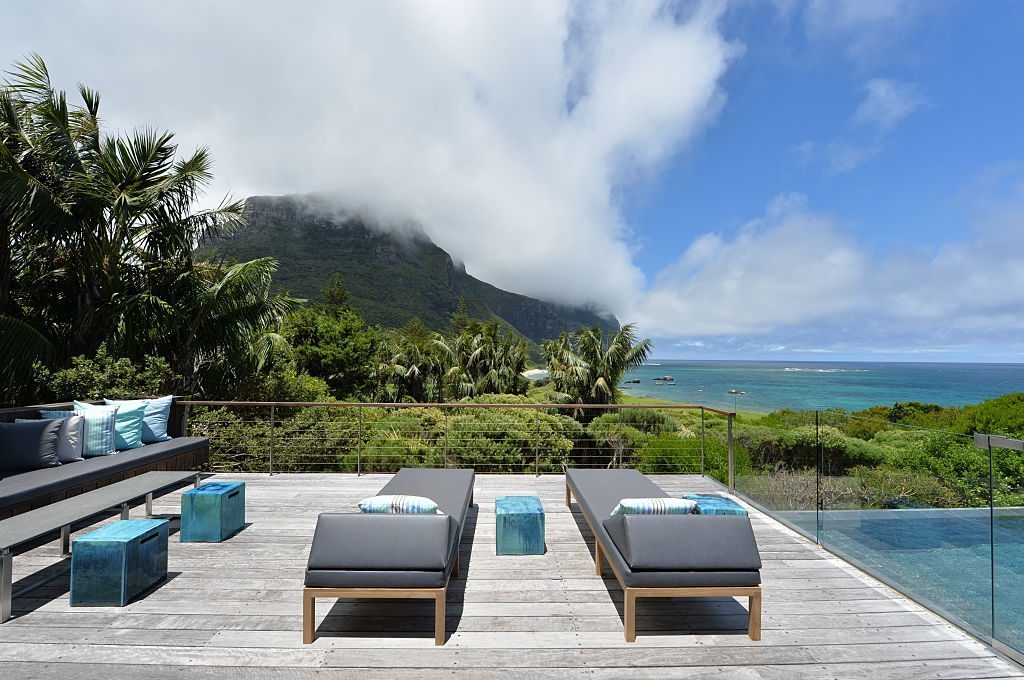 Zanzibar is a group of islands. The largest of which is called Unguja and is the most popular with tourists. Lying off the coast of Tanzania, Zanzibar mostly runs itself without input from the mainland. The African island was once an important trading center, and people from different countries have settled here for centuries.

Today, Zanzibar’s residents mostly live in the main settlement of Stone Town, which is also a big draw for visitors. Tourists are charmed by stone white-washed houses with coral built into their walls, the bazaars, small mosques, and shaded courtyards. Another big attraction is the long white beaches and the turquoise sea. 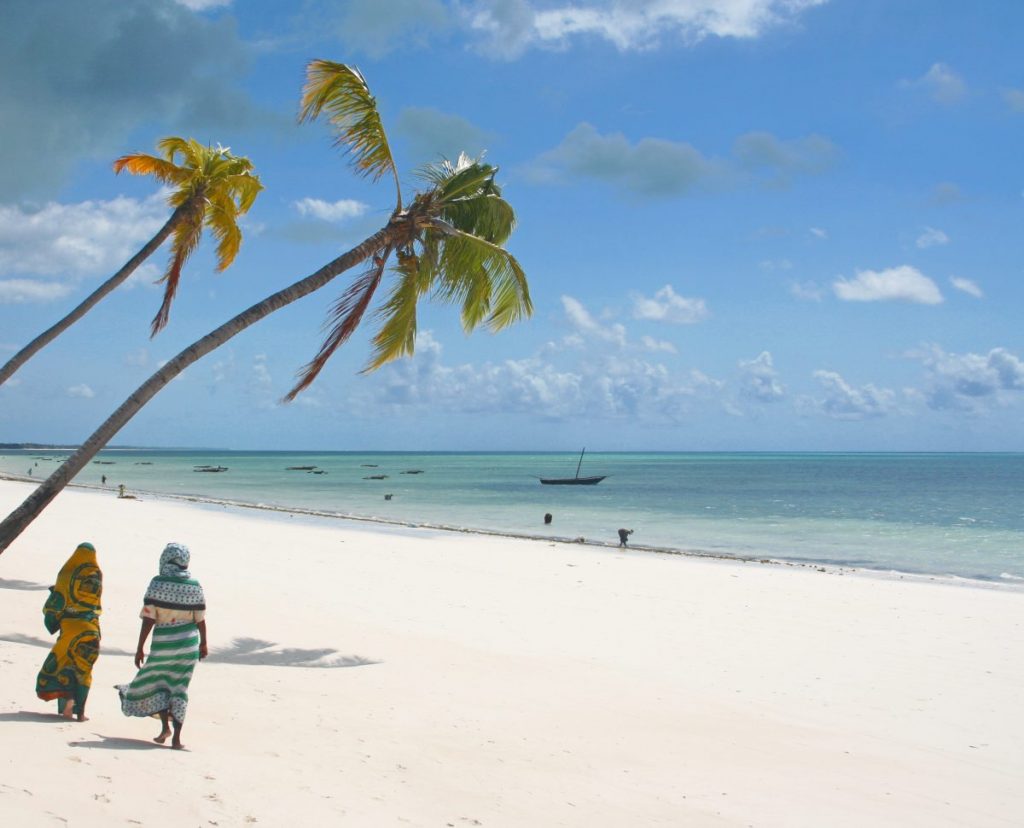 The most popular holiday destination in Thailand, Phuket is a region made up of several islands including the largest of the same name. A hedonist’s heaven for backpackers, Thailand is trying to encourage a wider range of tourists to enjoy what Phuket island has to offer.

The west and south are party areas with beaches and lively resorts. The north and east of Phuket are more traditional with fishing villages and agriculture.

The most famous and popular destination is Patong Beach. With a shallow bay the beach is a favorite with families and there are plenty of facilities close by Away from the beach Old Phuket Town has restaurants and shopping. Further inland, the 45 meter Big Buddha statue is worth trecking to appreciate. 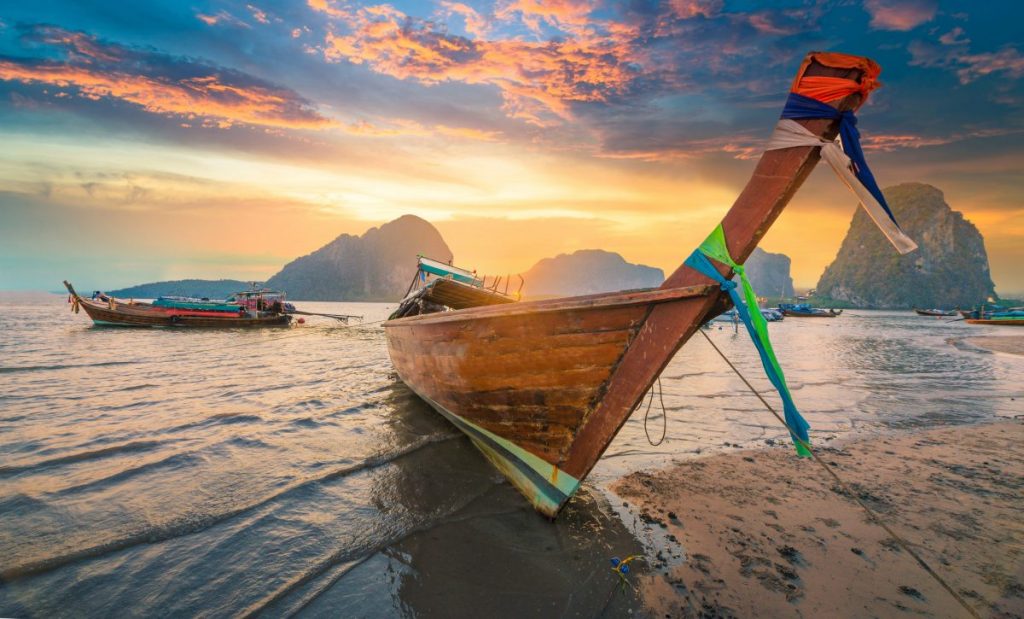 Known as Thira to the locals, Santorini is a Cyclades island in the Aegean Sea of Greece. Home to the Minoan civilization it was nearly destroyed by a volcanic eruption 3,600 years ago. The eruption reshaped Santorini into a crescent moon shape, and the Minoan’s spread out across the Mediterranean. There are few ruins of Minoan’s left, although the Akrotiri archaeological site is popular. Most visitors stay around the two main towns of Fira and Oia, exploring the maze of whitewashed cube buildings and expensive shops. On the western side of the island beaches of black and red volcanic rocks are usually a quiet escape from the bustle of the towns. 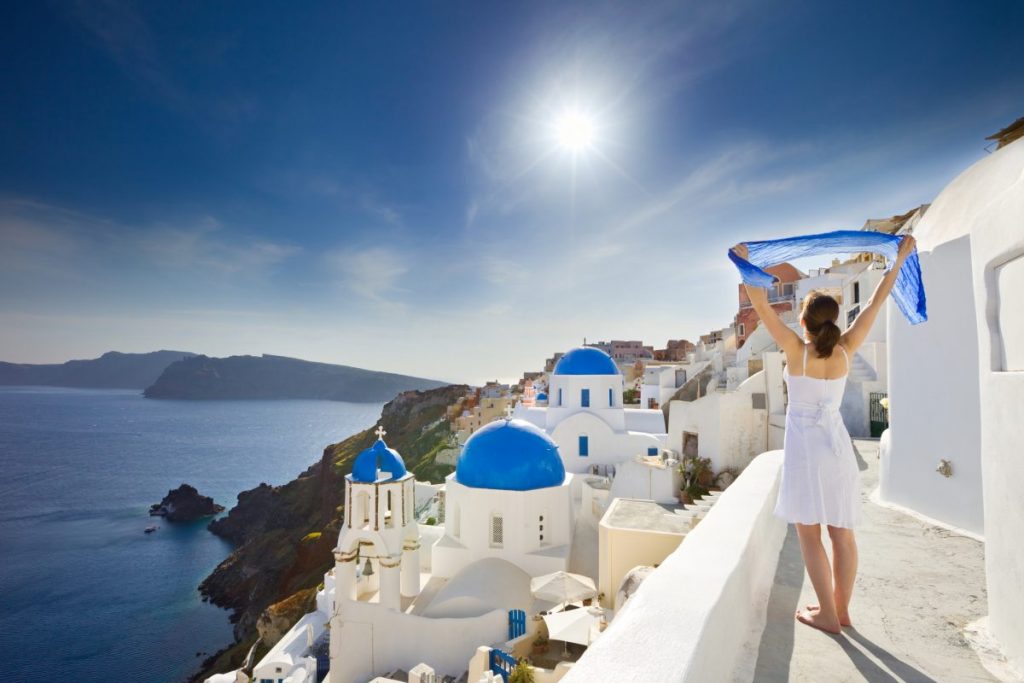 One of the most exclusive islands in the world, Musha Cay is privately owned. Musha is quite small with an area of only a quarter square mile. Situated in the south Bahamas, it belongs to David Copperfield the famous magician. Copperfield offers the island out to paying guests with rates starting at US $42,000 a night. Only one group of up to 24 guests is allowed at a time.

Although the accommodation is luxurious, the island does not offer much in the way of activities. Going on a holiday to Musha Cay is more about showing how wealthy you are. 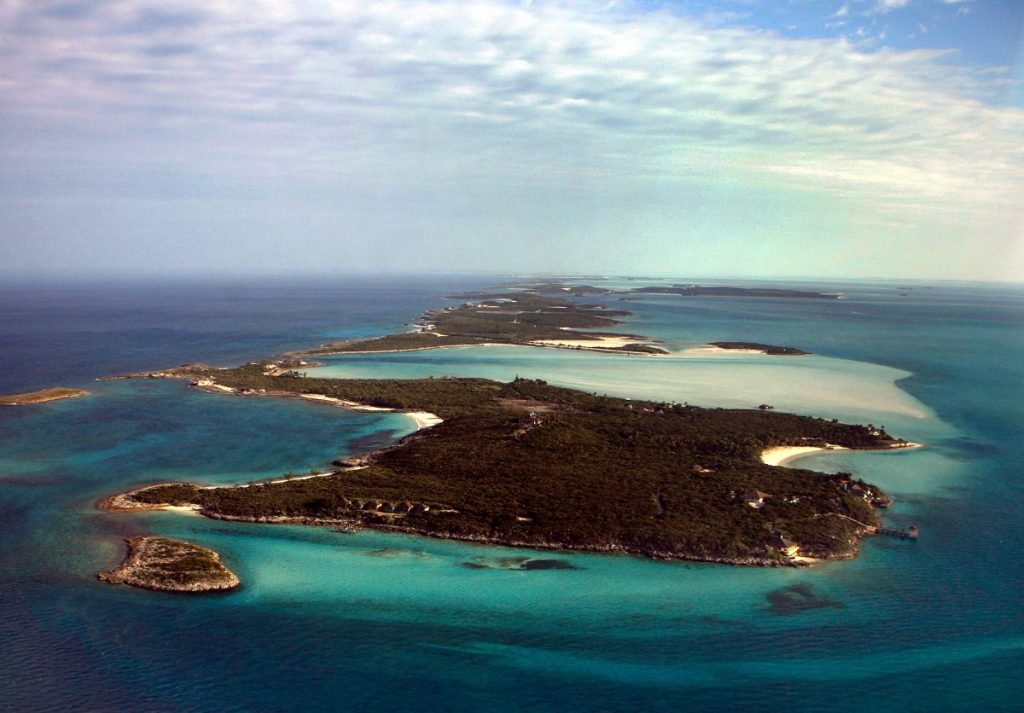 In the east Cyclades the island of Koufonisia has maintained its Greek authenticity. The calm golden beaches and azure waters are popular with Greek families and are growing in popularity with the wider world. The small natural pools and sea caves are a nursery for sea life. Because of this sea scape Koufonisia is famous for gorgeous Greek cuisine which is full of fresh seafood.

The towns of Koufonisa like Chora are postcard perfect with white houses and windmills. Koufonisia is part of a chain of other small islands that are excellent for walking across the fragrant herb covered hills. 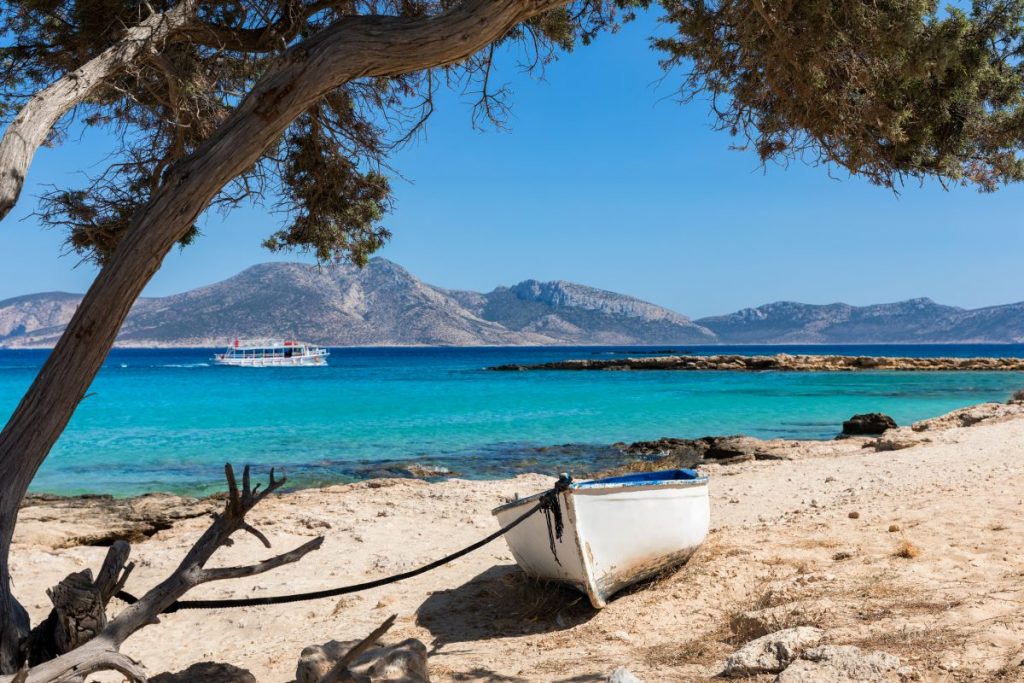 Mo’orea is a Tahitian island and in the French Polynesian Society Islands. Close to the larger island of Tahiti, Mo’orea is connected by ferry to the other islands. There is a small local airport, but international visitors will land in Tahiti. As with most Pacific Islands Mo’orea is volcanic and in the center of the island a volcanic core reaches 1,207 meters (3,960 foot) above sea level.

The island is popular with honeymooners who want to avoid the overcrowded Bora Bora. With white sandy beaches and clear waters, Mo’orea is not just a top choice for tourists but also scientists. The clean seas allow experts to study the marine ecosystem, and there are several research stations on Mo’orea. 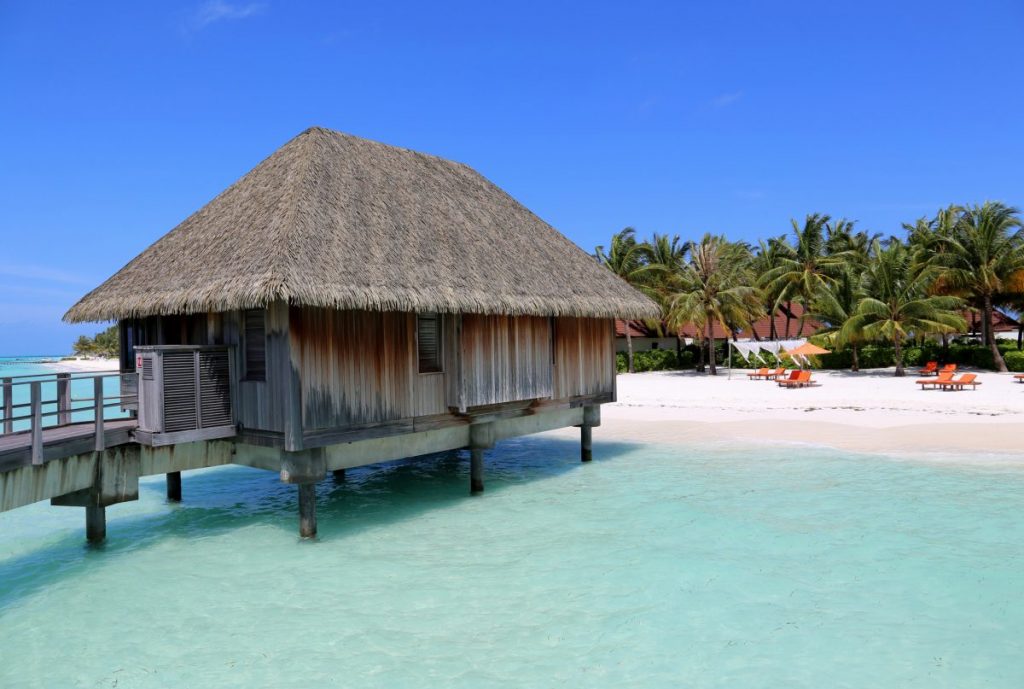 Made famous by the Moais statues built by the Rapa Nui people, Easter Island was named due to the date of its discovery in 1722. Easter Island is extremely remote at 3,800 km (2,361 miles) offshore from Chile. Any visit to Easter Island will focus on the exploration of the ancient culture of the former inhabitants like the Tangata Mantu Ceremonial Center. Half of the 7,750 permanent inhabitants are descended from the Rapa Nui people. The story of how the Rapa Nui declined sends a message to everyone. Years of forest destruction caused the fertile soil to wash away, and crops stopped growing. The people had no way to leave, and some historians believe the desperate few resorted to cannibalism to survive. 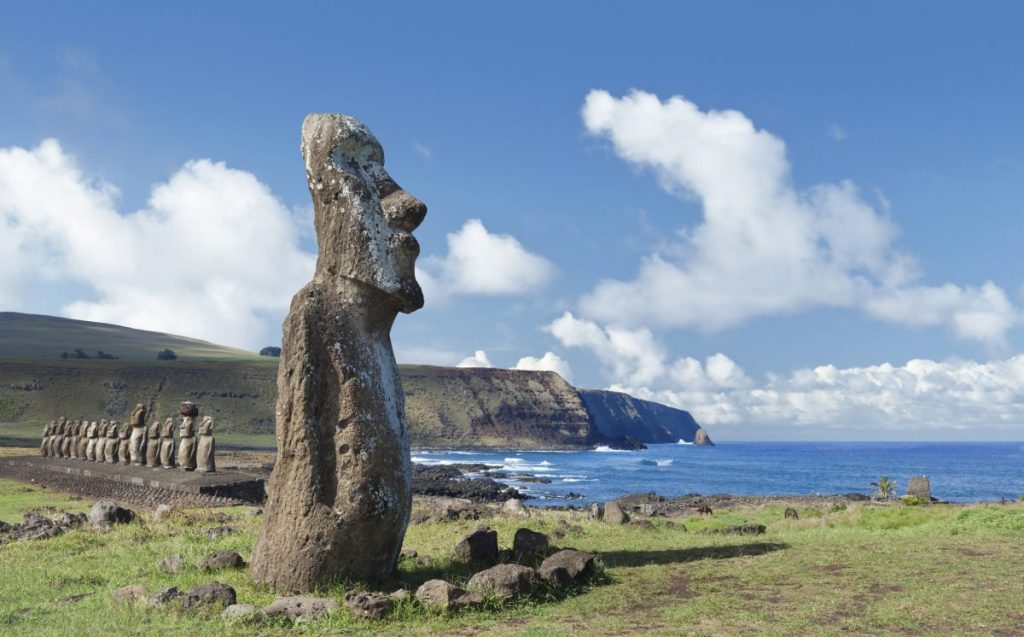 This Japanese Island is also known called Ishigakijima. Located to the west of the larger Okinawa Ishigaki is known for beaches snorkelling, diving and surfing. There are plenty of colorful sea creatures in the waters around Ishigaki are protected as a National Park.

Outsiders might not think of Japan when looking for an island escape holiday. But Japan has thousands of islands with a range of climates, and Ishigaki has been popular with Japanese tourists for years. Now the charms of this island are being appreciated further afield. Visitors are not limited to the beaches. There are mountains to climb, mangrove forests, and fascinating culture with unique food to enjoy. 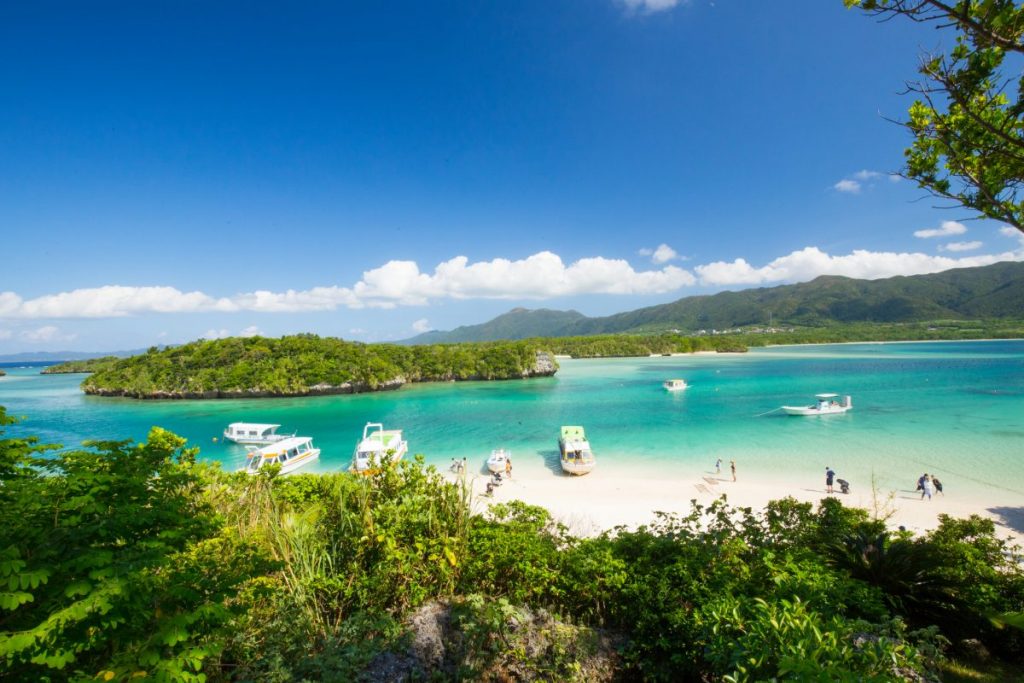 Wild and dramatic, the Scottish island of Skye looks like nowhere else on Earth. Attached to the mainland by a bridge, many of the 10,000 residents of the Inner Hebridean Island commute across for work or school daily. Although the island’s beaches are beautiful they are not for sunbathing. The chilly Scottish wind sweeps across the Island from the Atlantic often bringing rain so preparing for all weather is essential. 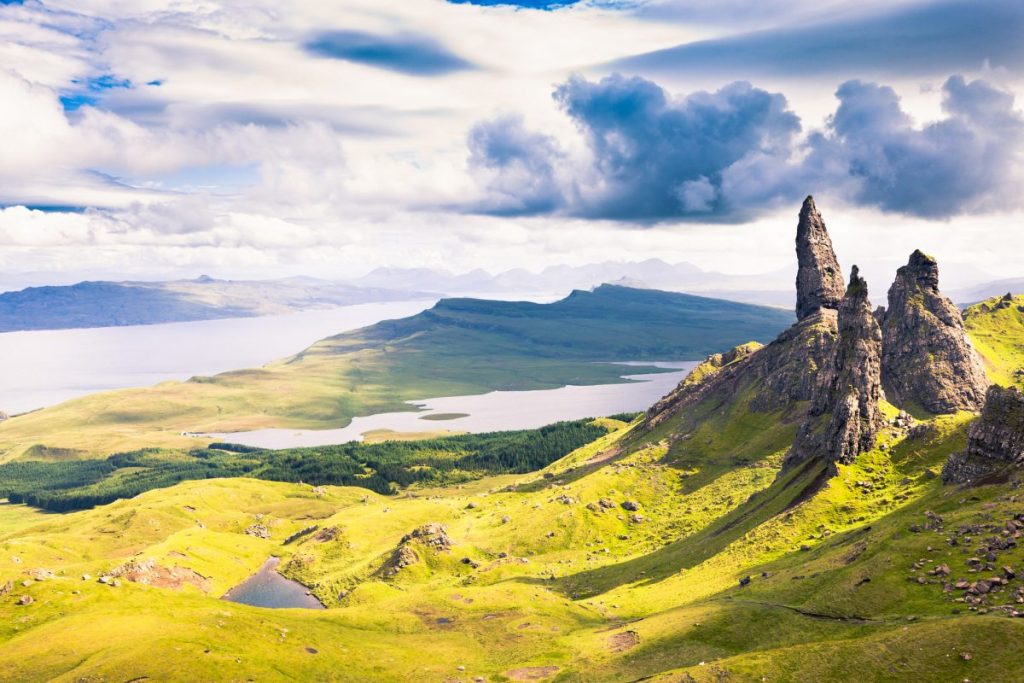