Stonehenge is Worth a Visit

Stonehenge recently celebrated its 30th year as a World Heritage site in 2016. In 1986, the site and its surrounding prehistoric monuments was one of the very first places in the UK to be added to the UNESCO list. Stonehenge, which translates to "Hanging Stones" in Saxon, has inspired countless people to study and interpret its meaning. Yet questions still remain—who built it? And why?

Stonehenge is located on Salisbury Plain in the county of Wiltshire, about 90 miles west of Central London. Amesbury is the nearest neighboring town, with the nearest public bus stop two miles to the east.

Salisbury is the closest large town, 9.5 miles to the south, and has the nearest rail connection. 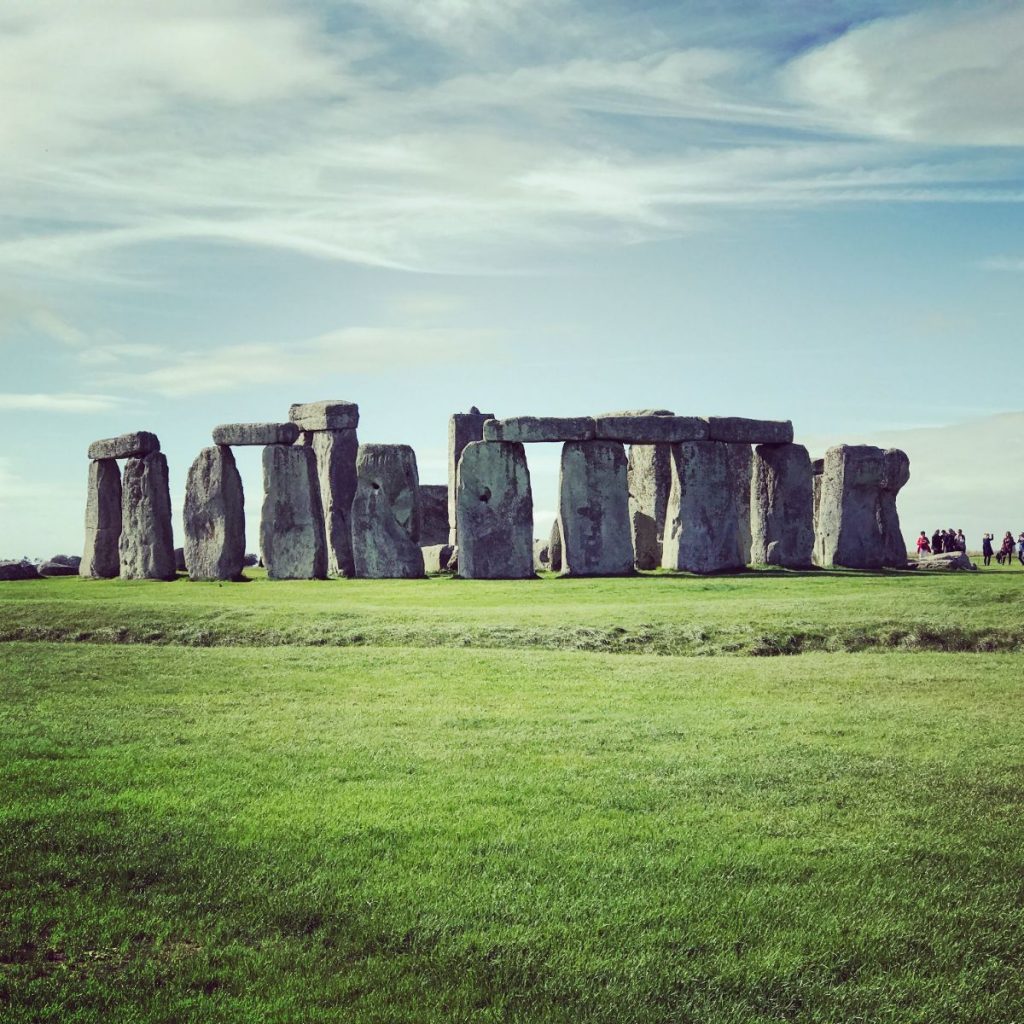 How do you get to Stonehenge from London?

There are three ways to get from London to Stonehenge: 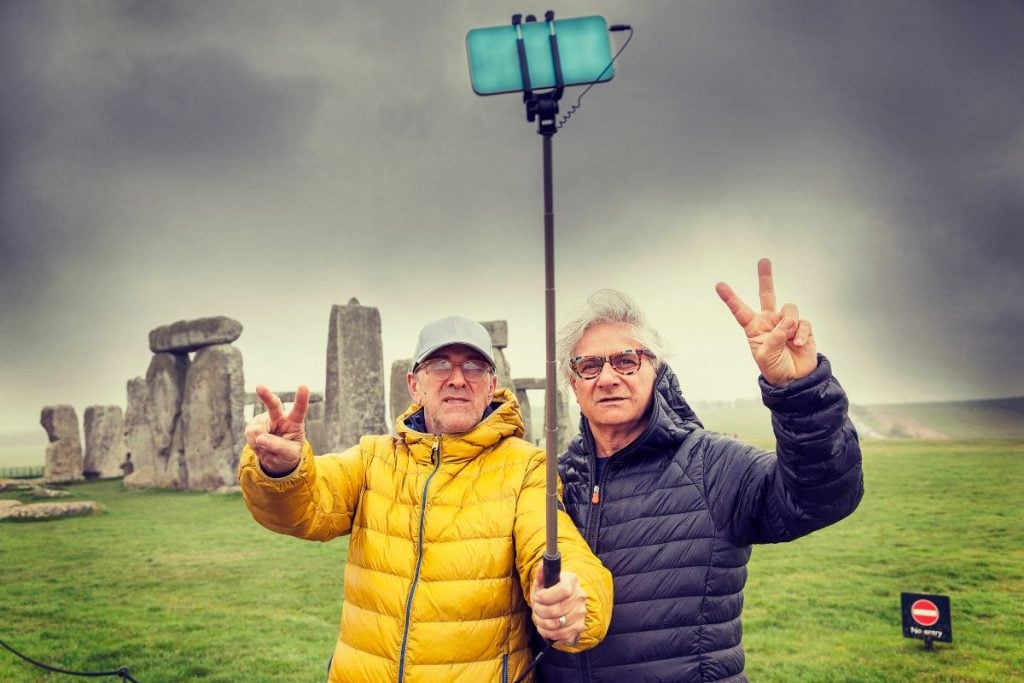 Why was Stonehenge built?

Despite countless theories, no one knows for sure why Stonehenge was constructed. It might have been a place to worship ancestors, a place where Danish kings were coronated, a Druid temple, or a cult center for healing.

Today, it's generally accepted that Stonehenge was a prehistoric temple built to align with the movements of the sun. 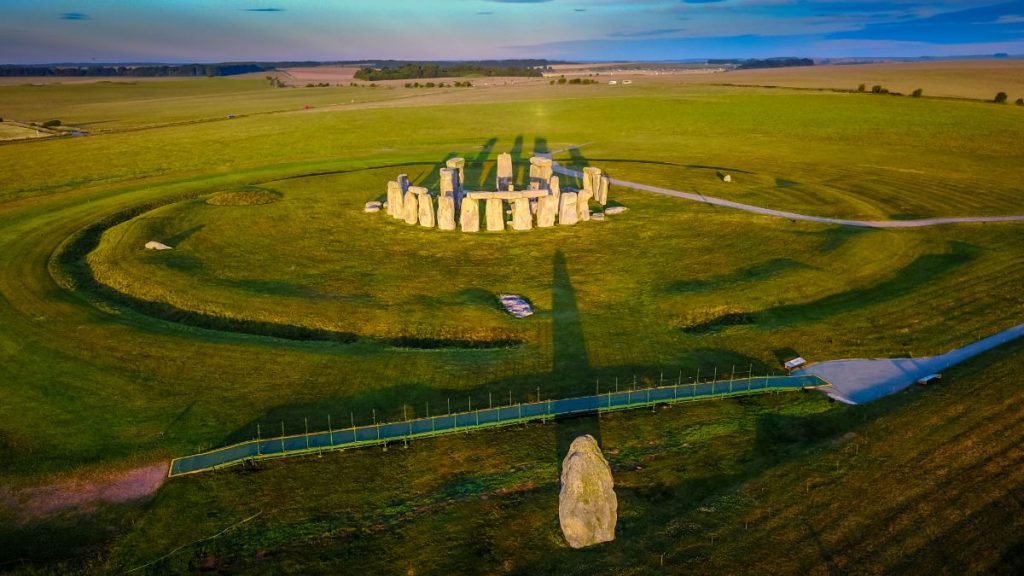 When was Stonehenge built?

The construction of Stonehenge began about 5,000 years ago. It started out as a simple earthwork enclosure where people buried the cremated remains of their dead. It's one of the largest known cremation cemeteries in Neolithic Britain.

The iconic stone circle that we recognize as Stonehenge was constructed much later, around 2,500 BCE. 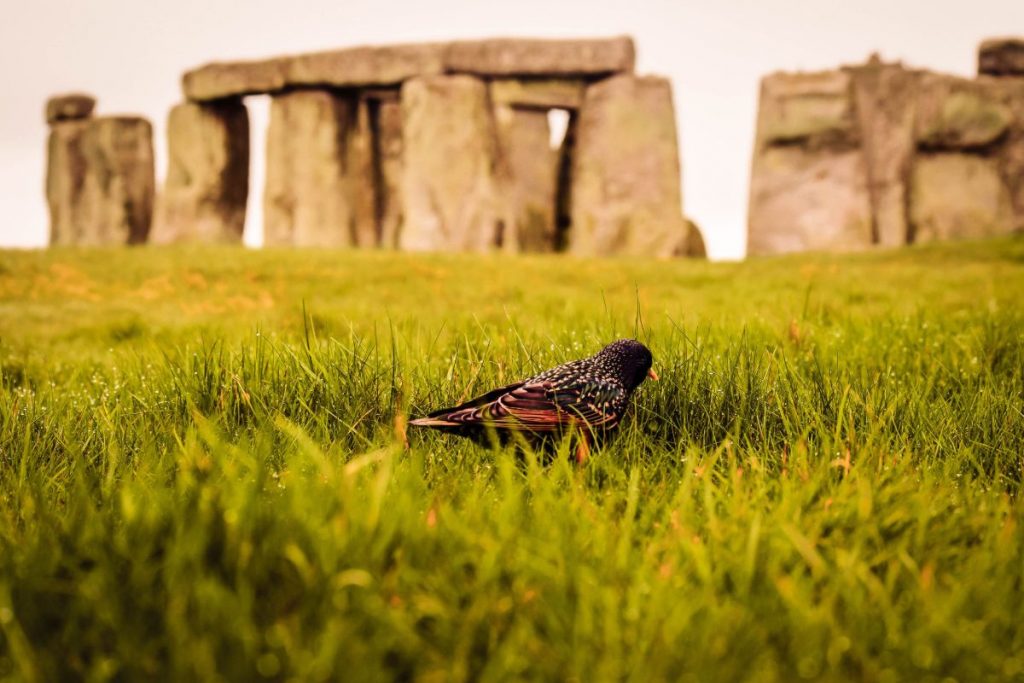 How was Stonehenge built?

Even the experts are baffled by this question. Nobody knows for sure how Neolithic people created such a masterpiece of engineering with only the simple technologies and tools available to them. But somehow, they did. And it's certainly stood the test of time, standing in its original upright position to this day, over 5,000 years later.

Mortice holes and protruding tenons were created to fit the upright stones with horizontal lintels, and tongue and groove joints were used to slot the lintels together. These precisely interlocking joints are usually only found in woodworking. 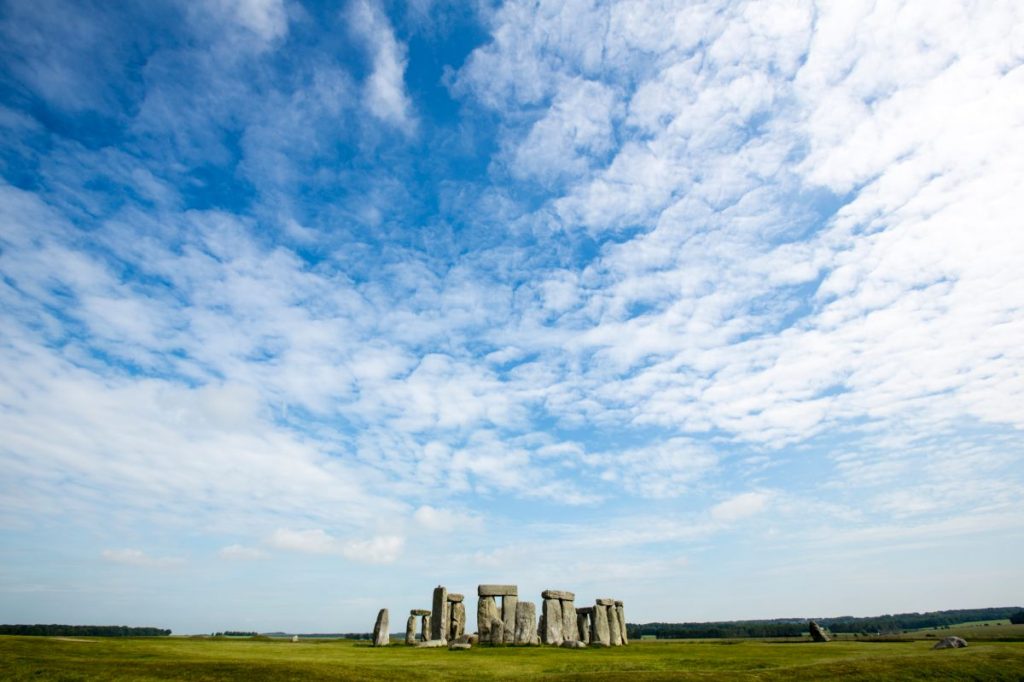 What type of stone is Stonehenge built with? 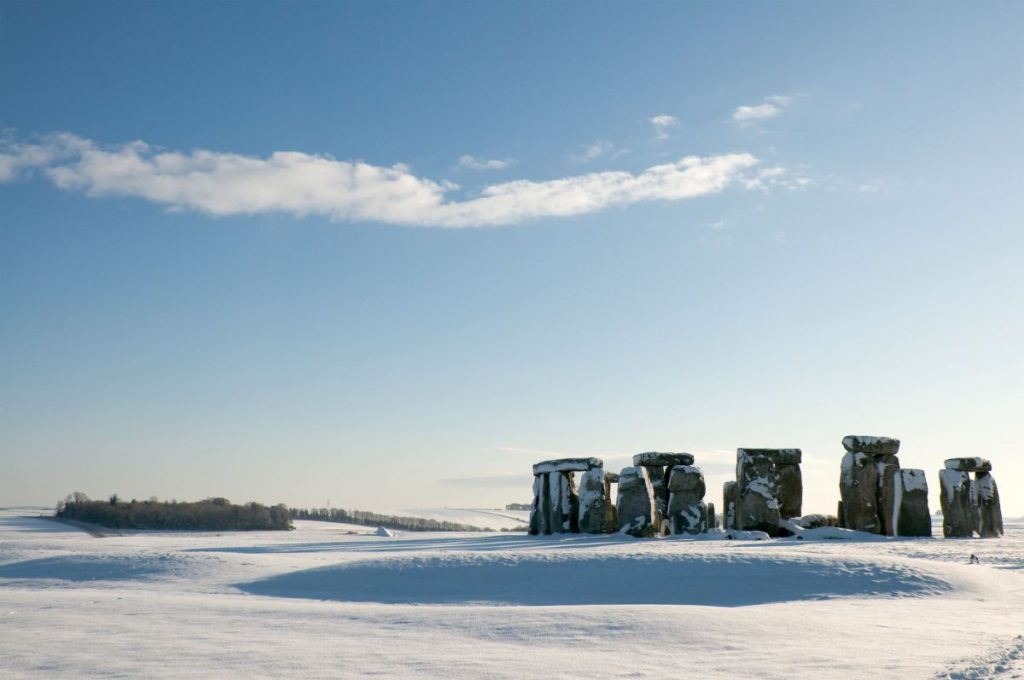 How were the stones transported?

Some think that the stones were transported to Salisbury Plain by the glaciers, but most archaeologists believe they were brought there by human effort. Nobody knows for sure exactly how these stones were carried a distance of more than 150 miles, but it's possible they were either hauled over land or carried via water networks. 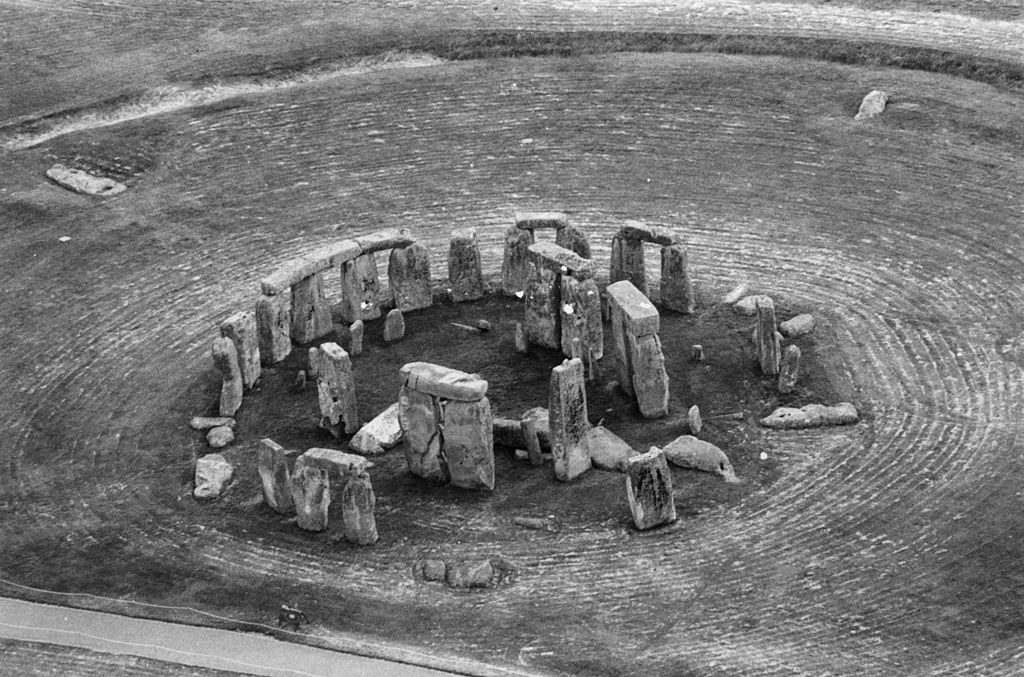 How were the stones shaped?

Broken hammerstones and a large quantity of sarsen and bluestone waste material were found in a field north of Stonehenge. The larger hammerstones would have been used to chip and flake the stone, and the smaller ones would have been used to smooth and finish the surfaces. Some parts of the monument were more finely finished than others, particularly on the northeast side and on some of the inner faces. 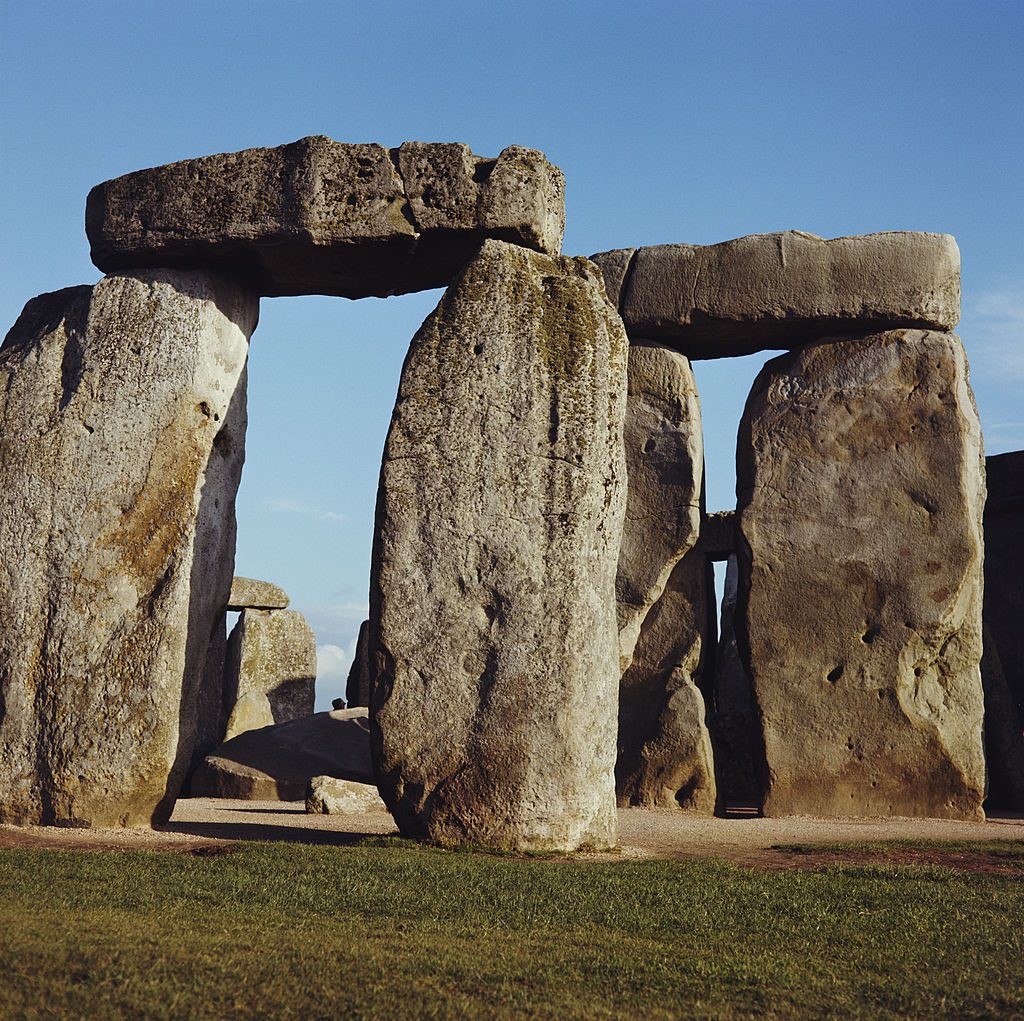 How is Stonehenge linked to astronomy?

Since the dawn of time, cultures the world over have built structures to augment their view of the heavens, and Stonehenge is, without doubt, one of the best places to contemplate the cosmos.

In 1771, John Smith estimated that the 30 sarsen stones multiplied by 12 astrological signs represented 360 days of the year, and the inner circle portrayed the lunar month. 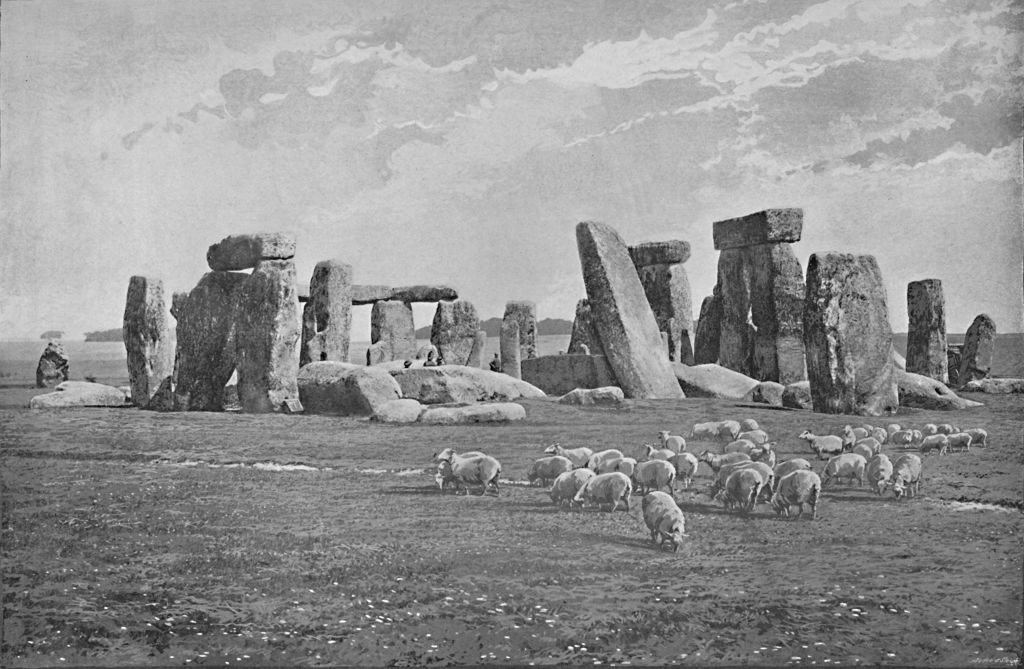 Why visit Stonehenge during the summer solstice?

Stonehenge is believed to be an ancient astronomical computer built for predicting eclipses as well as solar events. The stones are so carefully aligned that if you sit at the center on the summer solstice, you have a perfect view of the sun rising over the heel stone. For this reason, it has been a place of worship and celebration of the Summer Solstice since its construction. Even today, people make the pilgrimage to witness this timeless event. 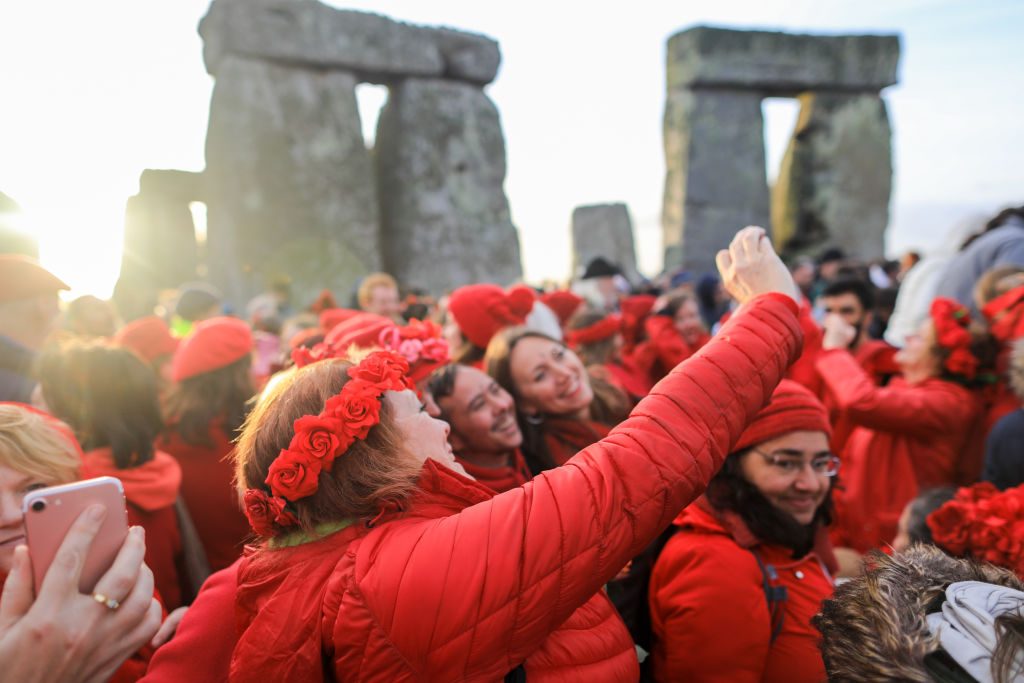 Has Stonehenge been damaged by tourists?

Stonehenge has been declared a "sorry state" for a while now, with ten recorded excavations and reports of leaning sarsens going as far back as the start of the 20th century.

Since 1978, ongoing conservation efforts mean that tourists can no longer go right up to the stones and touch them. Bear this in mind if you're going to Stonehenge to get in "touch" with history.

However, itis still possible to enter the stones with a Stone Circle Access Visit, which is available upon special request and has very limited availability. These rare tours take place outside of normal admission hours. 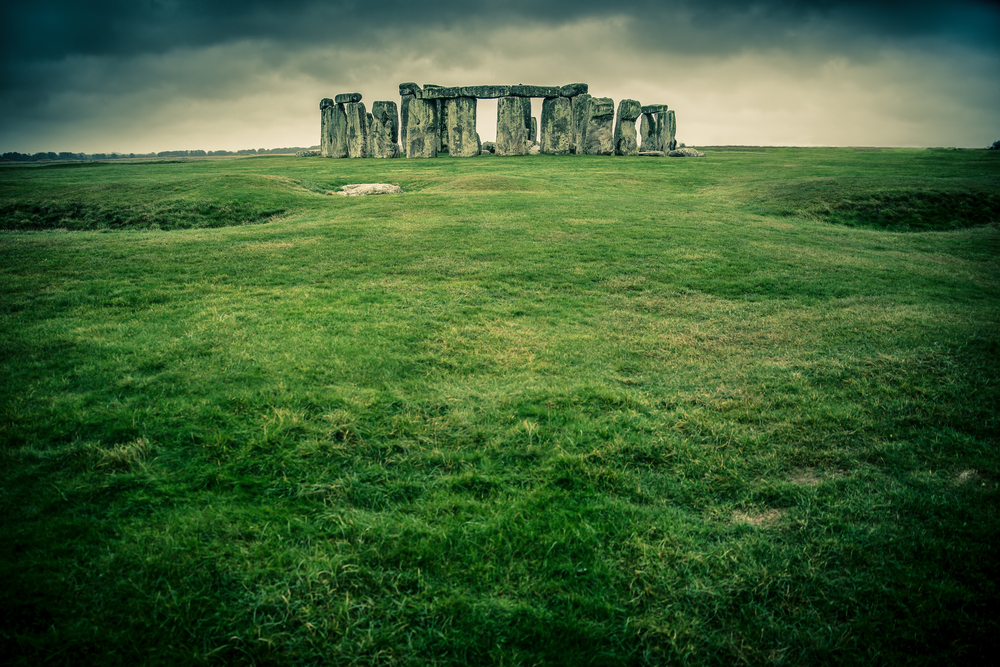 From London: Stonehenge and Oxford

Located just 55 miles west of Central London, Oxford is the perfect day trip stop. There are frequent bus and coach services between the two cities. It takes over two hours to reach Stonehenge from Oxford by public transportation, including buses and trains. Driving takes about an hour. Things to check out in Oxford: 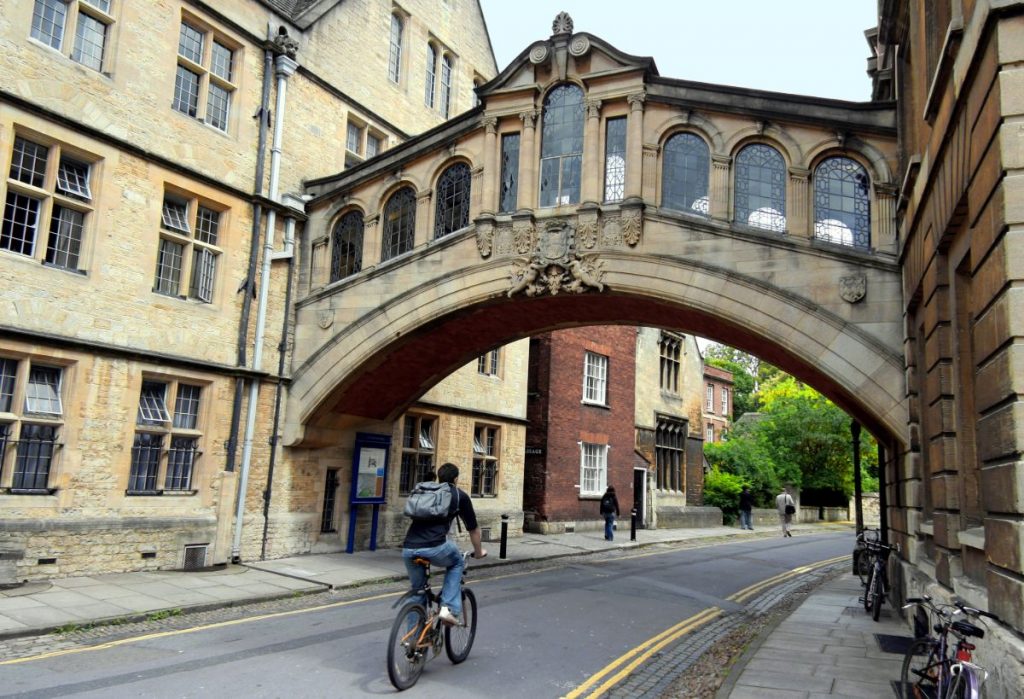 From London: Stonehenge and Bath

Bath is an easy get from London: fast trains depart twice hourly from Paddington Station to Bath and take only 90 minutes. They run all day long, until late. You can then take the bus or train from Bath to Salisbury, and then on to Stonehenge. Things to check out in Bath: 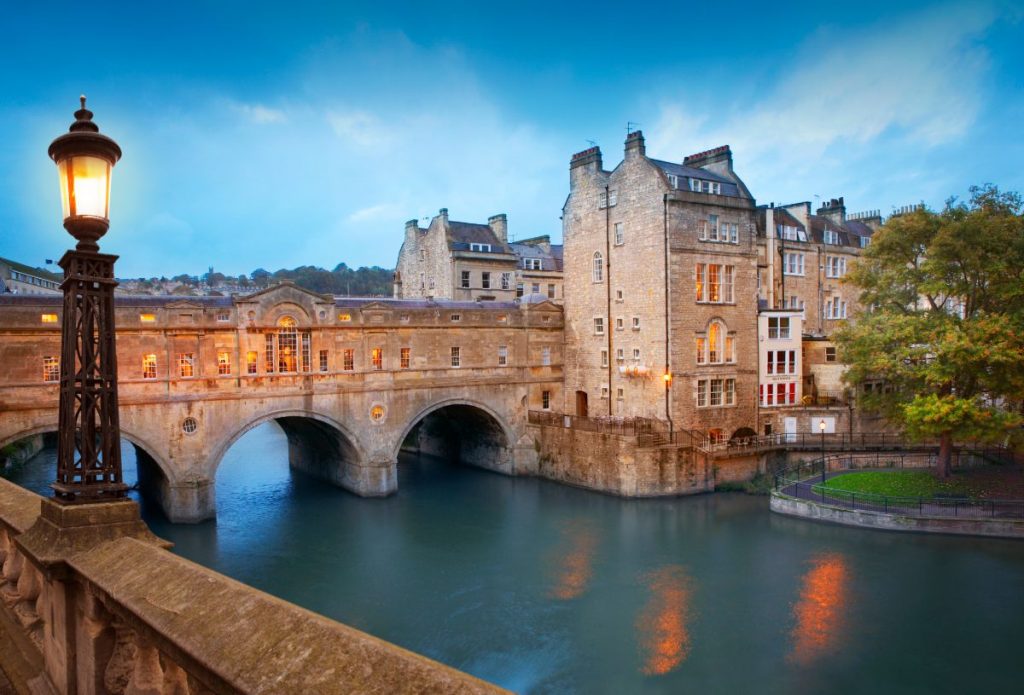 Getting from London to Windsor is a piece of cake—Windsor is right on the outskirts of the city, near Heathrow Airport. The journey from Windsor to Salisbury, which is about 10 miles north of Stonehenge, takes just over an hour by car or coach. The trip takes two and a half hours by train. Things to check out in Windsor:

Things to check out in Salisbury: 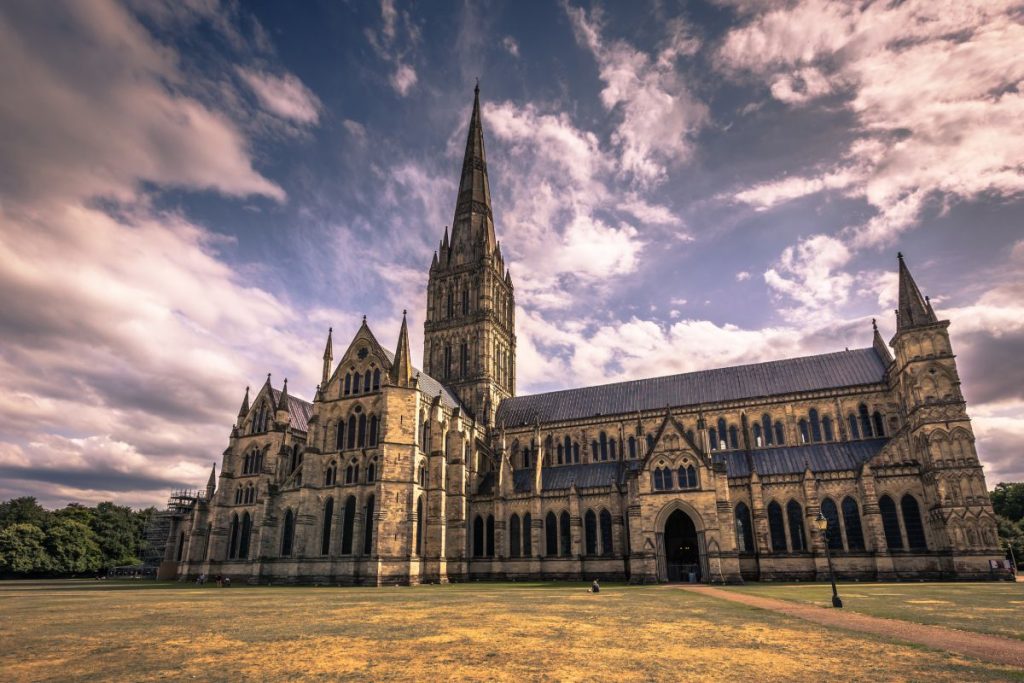 Avebury boasts the largest megalithic stone circle in the world, and Lacock is famous for being the filming location for Harry Potter and Pride & Prejudice. Both towns are not to be missed, and both are about two hours from London. Lacock and Avebury are about a half hour's drive from one another, and about 40 minutes from Stonehenge. 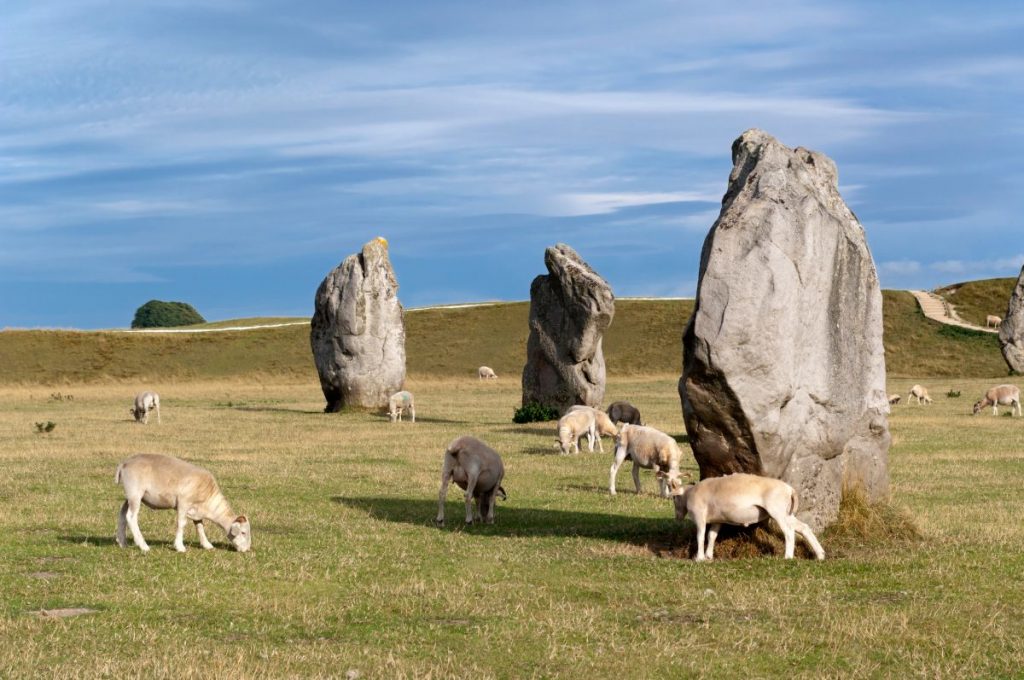 The Cotswolds and Cornwall

The Cotswolds are within easy driving distance from London, and the region contains some of England's best countryside. A coach tour to the Cotswolds takes two hours from Central London. The drive from the Cotswolds to Cornwall (via Bath) is a long one, just over three hours. But it will be scenic and pleasant, with many worthwhile stops along the way: Wells, Glastonbury, Exeter, Taunton, Dartmoor, and Plymouth. Things to check out in the Cotswolds:

Things to check out in Cornwall: 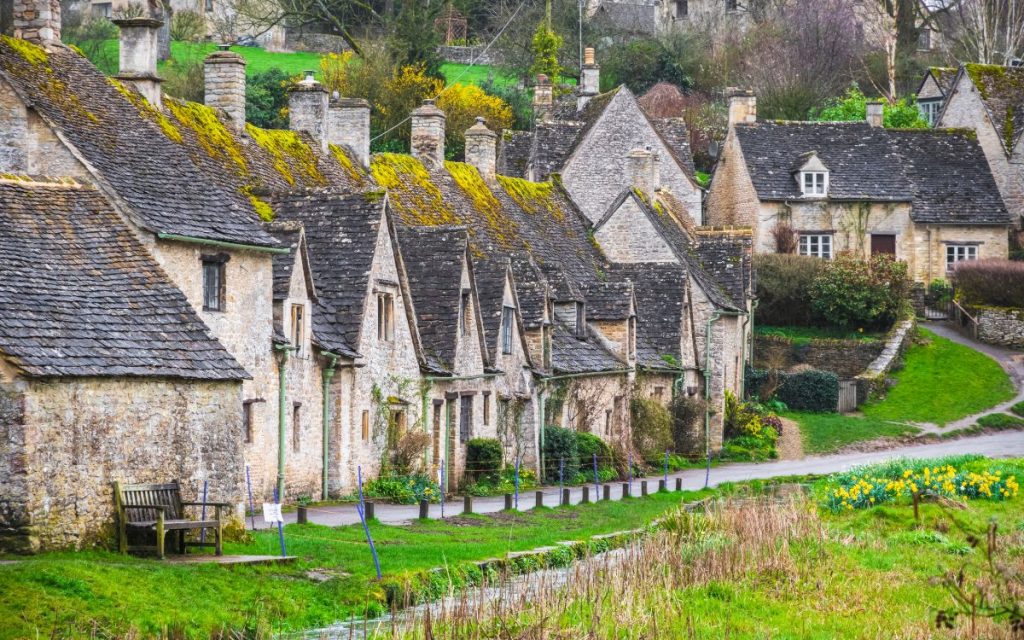