Some of the Best Things to Do in Canada

Surrounded by three oceans and spanning nearly 4 million square miles of vibrant cities and majestic landscapes, Canada is the ultimate explorer’s dream. Whether you’re planning a summer sightseeing expedition or checking off experiences from your bucket list, Canada offers a vast selection of things to do, including historical destinations, cultural experiences, and natural wonders. The climate varies across Canada and not every area is snow-laden in the winter. While many locals say that fall is the best time to visit, the temperatures in the summer months average between 70 and 80 degrees with less-humid conditions in the western sections.

Topping the list as one of the most popular travel destinations in the world, the city of Niagara Falls is worth seeing for its spectacular waterfalls alone. This area is Canada’s all-season amusement capital and home to the Niagara Falls Winter Festival of Lights in Ontario. Take a ride on the Niagara Skywheel, a 175-foot tall Ferris wheel with climate-controlled gondolas. Catch year-round views of the Niagara River, Horseshoe Falls, American Falls, and beyond. In the summer, don’t miss out on the famous Niagara Falls fireworks displays with daily shows from mid-June through early September, with special shows on holidays. 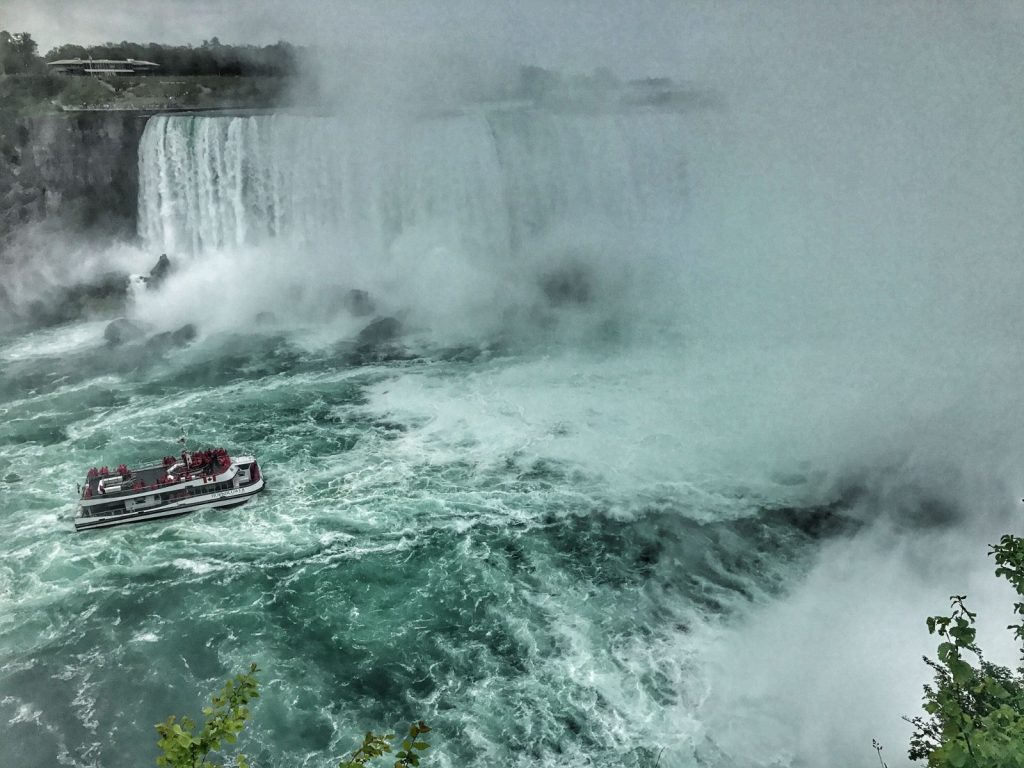 Experience Canada as traders and travelers did before snowmobiles, planes, and 4-wheel drive SUVs. Dog-sledding tours are available across Canada with options of short 2-hour excursions as well as tours lasting a few days. Nunavut is located in northern Quebec and is one of the world’s most remote regions. The area has a 4000-year history of breeding sled dogs, and many communities offer dogsledding runs for visitors. The 150-mile Canadian Championship Dog Derby is a yearly mushers event that takes place in March in the Northwest Territories. 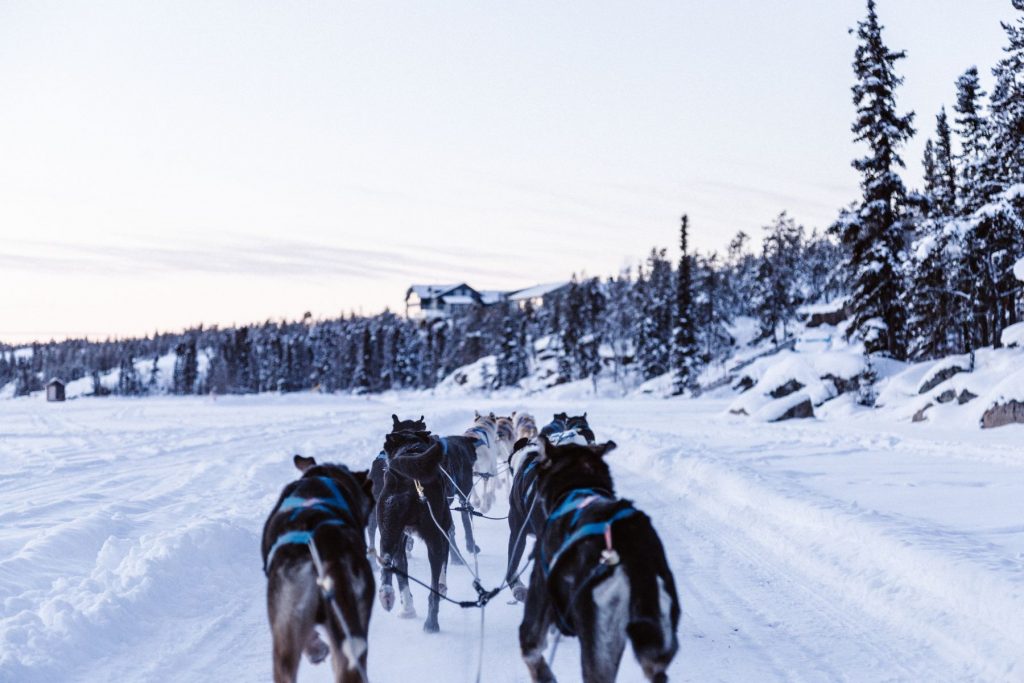 More than a million visitors head to Calgary, Alberta each year in July for the ten-day Calgary Stampede. There are many reasons why the Stampede tops many of the lists for things to do in Canada. It not only features one of the world’s largest rodeos, but visitors can shop for Calgary Stampede souvenirs, local crafts, home decor, and clothing at one of the event’s vendors in the Stampede Market. Sample unique culinary fare and experience a wide selection of tasty treats from pancake breakfasts to midway favorites like Butter Beer Ice Cream or Cheesy Ramen Dogs. Visit the Stampede’s Elbow River Camp to explore the history, culture, and artisanship of Canada’s First Nations peoples. 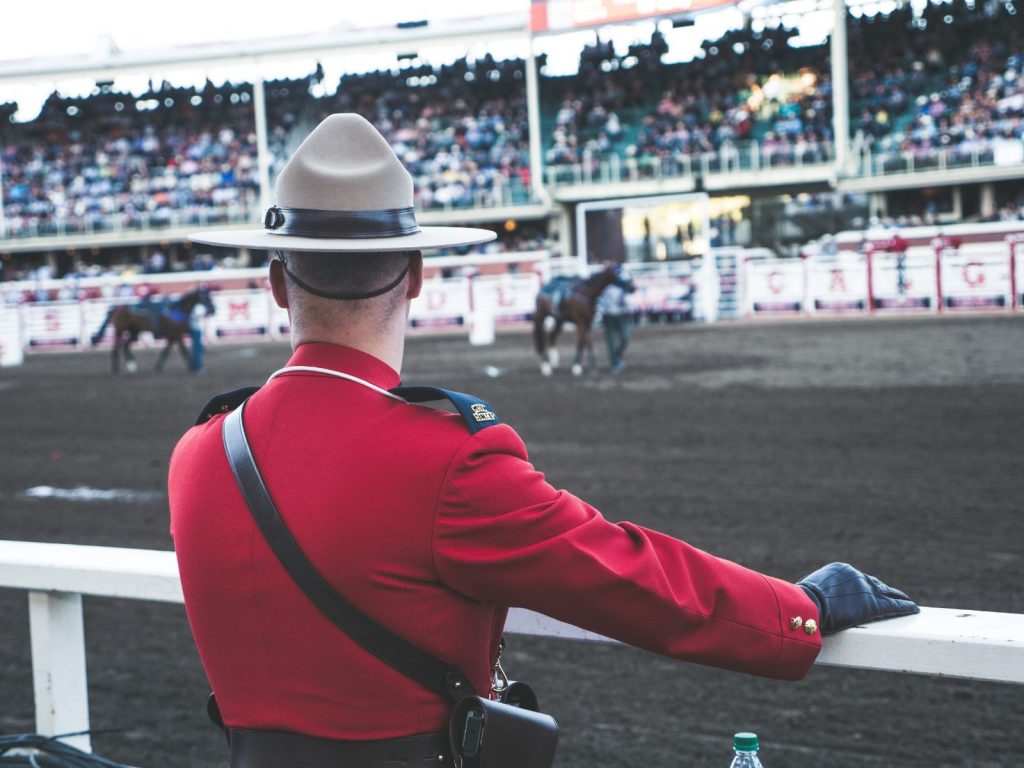 Jump Aboard The Canadian

Train travel is an alternative way to see Canada. Plan a four-day journey or a one-way outing in the comfort of the only passenger train that runs from Toronto to Vancouver, The Canadian. Glass-domed panorama cars offer amazing views of the Canadian landscape. Savor a chef-prepared meal in the dining car. Slumber in the sleeper car in your own cabin or a berth. Winter travel is usually less crowded. Enjoy free Wi-Fi, a variety of departure schedules, and other amenities. 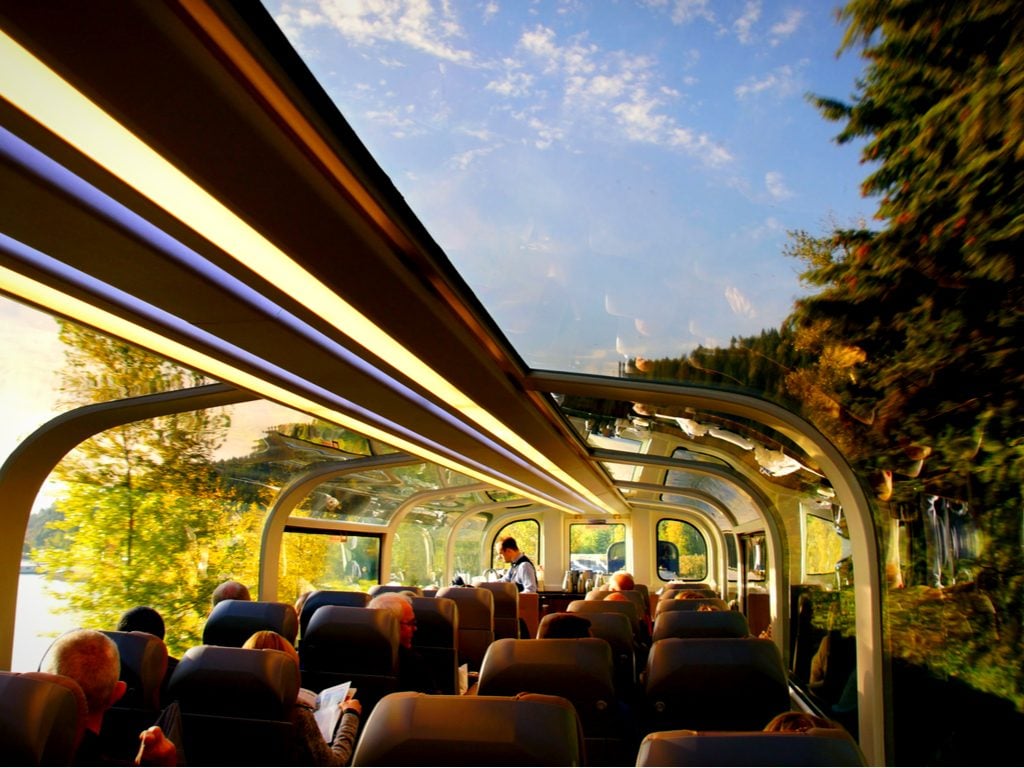 Experience Canada’s Badlands and immerse yourself in the historic surroundings of Drumheller, home of the Royal Tyrrell Museum of Paleontology. It houses one of the world’s largest dinosaurs collections. The Atlas Coal Mine is nearby, offering guided tours and train rides. Adults can opt for the Unmentionables Tour, a guided tunnel tour that recounts the mine’s historic, yet morally questionable past. Try hiking in the badlands on the Hoodoos Trail or the Drumheller’s Pathways along Red Deer River. 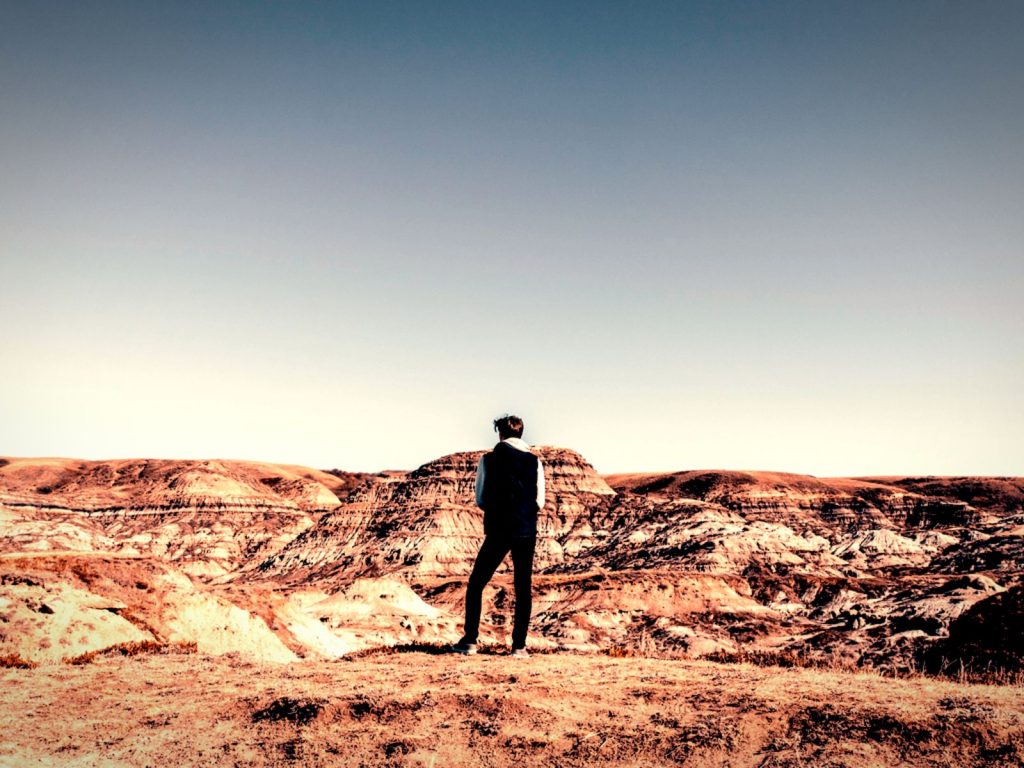 Between the provinces of Nova Scotia and New Brunswick, visitors flock to one of Canada’s most unusual natural phenomenons. Around 170 miles of craggy cliffs surround the Bay of Fundy. Extreme tides rise and fall by as much as 48 feet each day, bringing 100 billion tons of seawater to the shore. The beach at the Bay of Fundy is a popular picnicking area between June and September. Locals and tourists alike name the Rising Tide Festival in August as one of the top things to do in Canada. The event not only showcases local artistic community but welcomes First Nations, English-speaking and French-speaking musicians who perform at the park’s outdoor theater. 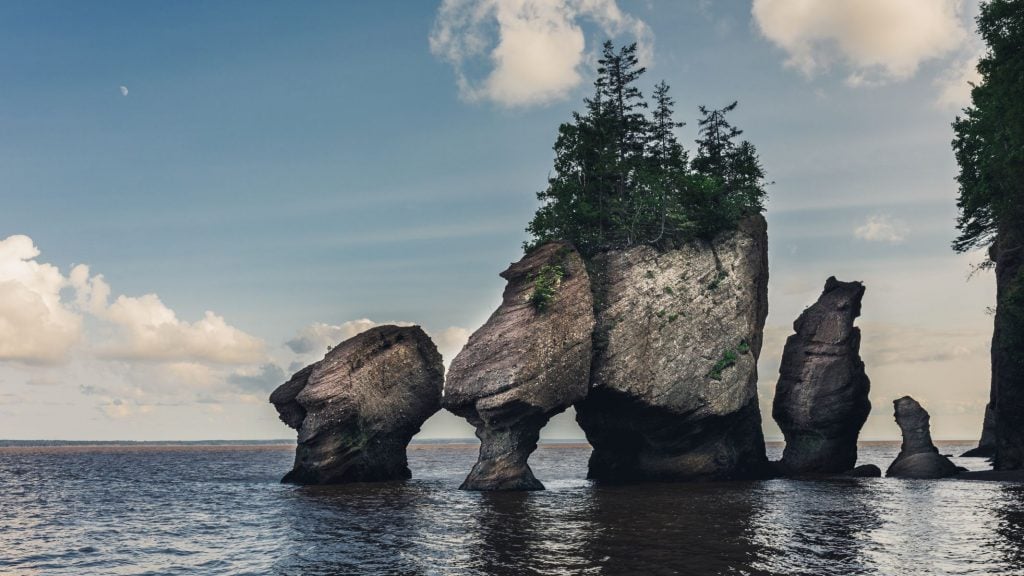 Marvel at the Northern Lights

We’ve all seen pictures, but far fewer of us have actually experienced the visual wonder of an aurora borealis. To view the Northern Lights in Canada, plan a trip from October to March when there more hours of darkness. Most locals suggest going to areas in northern Canada during the winter months to get the best views. Whitehorse in the Yukon has hotels that cater specifically to those seeking the Northern Lights. In the Northwest Territories, try traveling to Yellowknife or Tuktoyaktuk for beautiful views. In northern Manitoba, seek out one of the companies in Churchill that specialize in Northern Lights tours. 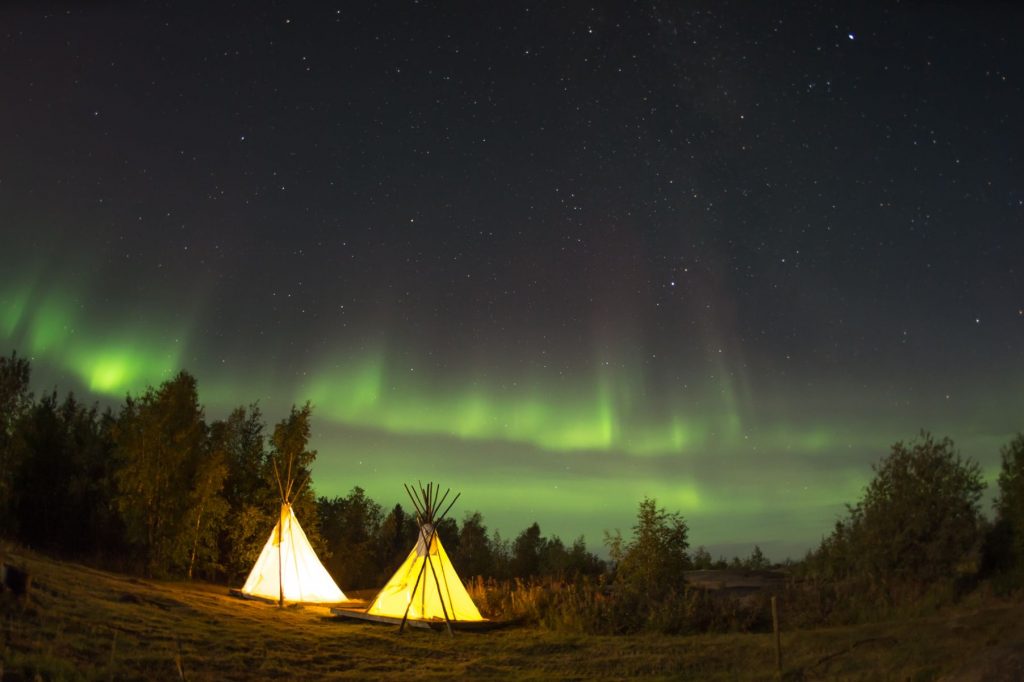 The waterfront area found in historic Victoria and its Inner Harbour is a feast for the eyes. The famous Fairmont Empress Hotel, built in 1908, overlooks the harbor. Visitors can enjoy high tea there in the afternoons and explore the collection of miniature models of castles, historical events, and dollhouses at the adjoining Miniature World exhibit. Another favorite destination for travelers in Victoria is the Butchart Gardens in Brentwood Bay. This 50-acre garden’s first plantings date back to 1904. Visitors will enjoy the lush green lawns, fountains, pools, and a fragrant variety of colorful, exotic plants. 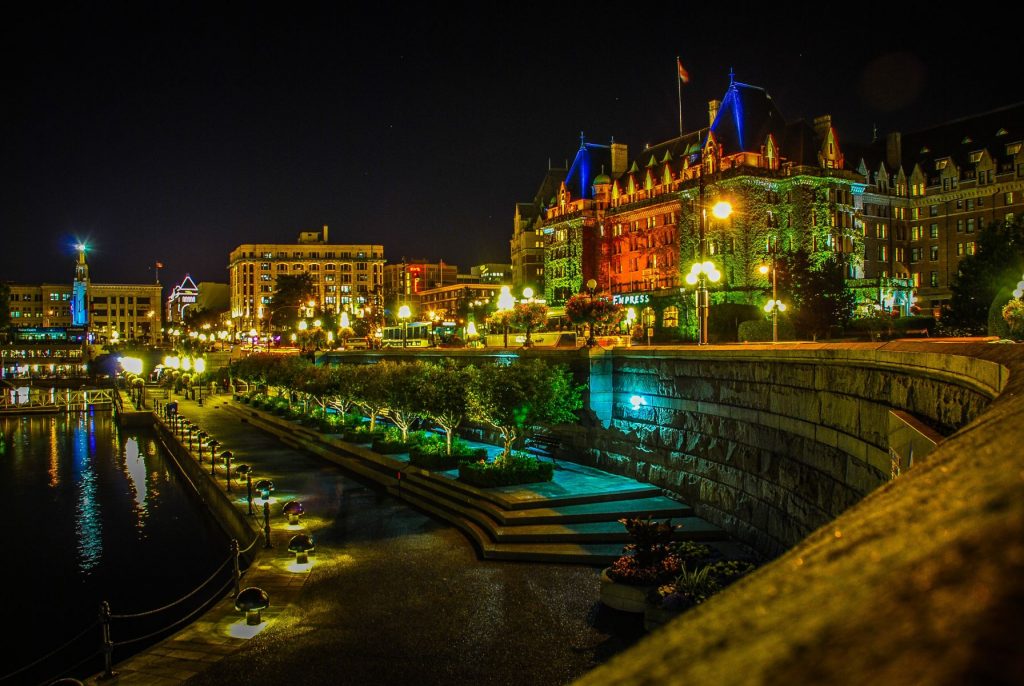 Photo by VanveenJF on Unsplash
Advertisement

Toronto: Nightlife at its Best

Most nightlifers agree that Toronto is one of the best cities in Canada to enjoy after-dark fun. The city itself is highly multicultural, and that designation shows in the availability of music, its events and festivals, and its food offerings. Choose between quaint neighborhood bars or trendy nightclubs. Try out the world’s highest wine cellar at 360, the revolving restaurant in the CN Tower. Music lovers can catch live jazz performances seven days a week at The Rex on Queen West street. Snap a selfie at the brightly-lit Toronto sign in Nathan Phillips Square. Or, enjoy a cocktail and the nighttime view from the Kost rooftop bar on the 44th floor of the Bisha Hotel. 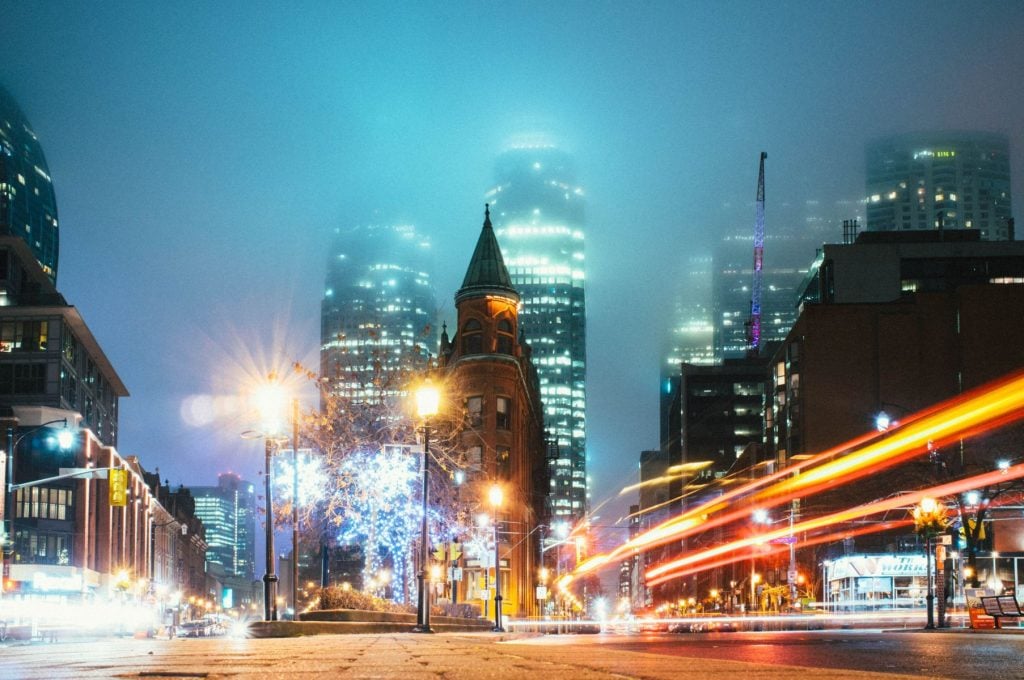 The capital city of the Quebec province is a historic and beautiful nod to the city’s French roots. Québec City and its winding cobblestone streets, 17th and 18th-century architecture and strong French influences rank it as one of the country’s top romantic destinations for Canadians and tourists alike. Stroll the rue Saint-Jean and enjoy eclectic boutiques and historical buildings. Sample the local favorite specialty dish, poutine, at one of the area’s popular cafes or restaurants. Just above the Dufferin Terrace is one of Canada’s most respected landmarks, the luxurious Le Châteaux Frontenac hotel, located inside the walls of Old Quebec. 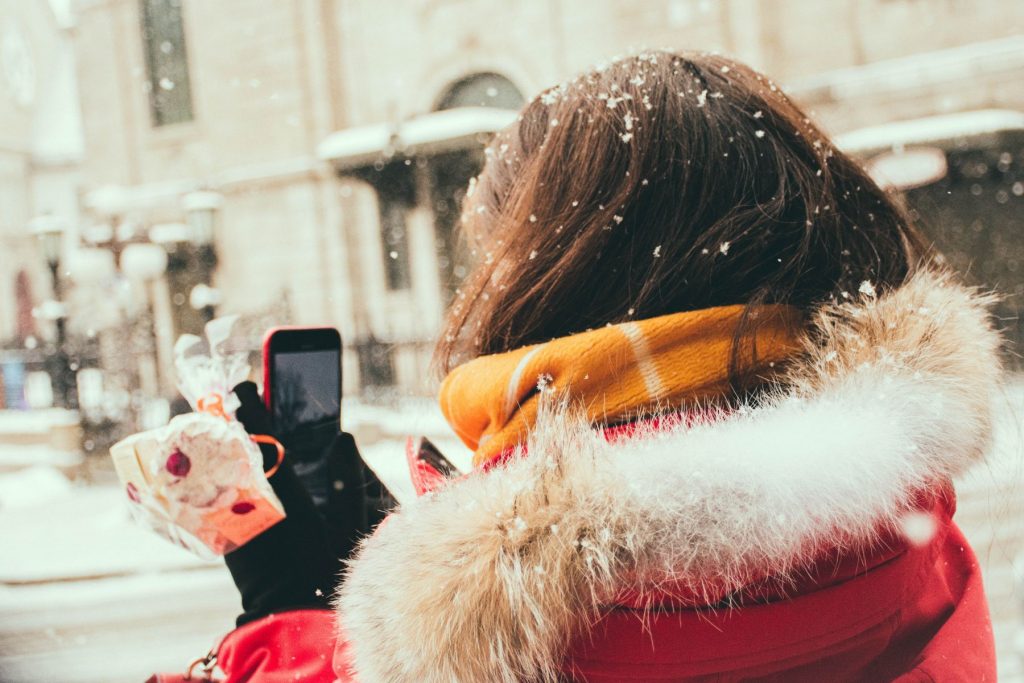