Snake Island: The Most Dangerous Island You Can't Visit

Brazil is a remarkable country with lush forests, scenic coastlines, and a perfect tropical climate. Just 25 miles off the coast of beautiful São Paulo lies a mysterious, secluded island that would be the perfect vacation spot if not for one issue. Though its real name is Ilha da Queimada Grande, it is famous worldwide as Snake Island. The name couldn't be more accurate. This 110-acre island has such a dense snake population that you are likely to encounter one every square meter.

As if that wasn't bad enough, most of the snakes on the island are golden lancehead pit vipers, one of the most dangerous species that the world has to offer. They're so dangerous that the Brazilian government heavily restricts who can visit the island. The island is less like a tropical paradise and more like a setting for a horror story. However, despite its terror, it remains one of Earth's most interesting locations.

Though the island is now entirely separate from mainland Brazil, this wasn't always the case. Around 11,000 years ago, rising sea levels flooded the land bridge that connected Brazil with Snake Island, completely isolating the island. This separation would eventually be responsible for the snake population boom and their unique adaptations. Though humans once lived on the island, they abandoned it in the 1920s once they converted the island's lighthouse to a fully automated system and workers were no longer necessary. 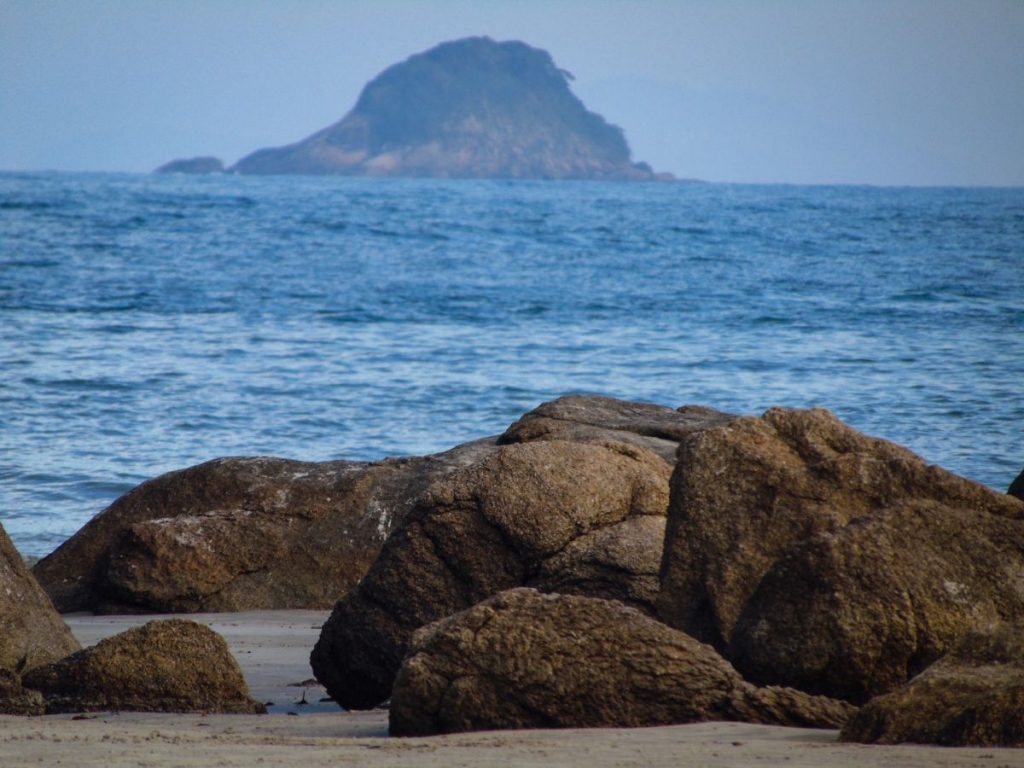 Snake Island's real name is Ilha da Queimada Grande, which is based on the island's original purpose. The island is home to a thriving rainforest, though there are areas of deforested, grassy areas. This deforestation is the origin of the island's name, as "Queimada," in Portuguese, means "to burn," and locals tried to burn away the rainforest to make room for banana plantations. Needless to say, the plantation building failed, and an estimated 2000 to 4000 highly venomous vipers continue to reign over the island.

The Threat of the Viper

Snake Island's main inhabitants are the golden lancehead pit vipers, which are possibly among the world's deadliest snake species. Although there is little observational information surrounding this specific viper, if a snake from one of the species within the family of lancehead vipers bites a human, there is a .5 to 3% chance that the victim will die even if they receive treatment. Their venom is so powerful that it is capable of causing kidney failure, muscular tissue death, intestinal bleeding, brain hemorrhaging, and melting skin. 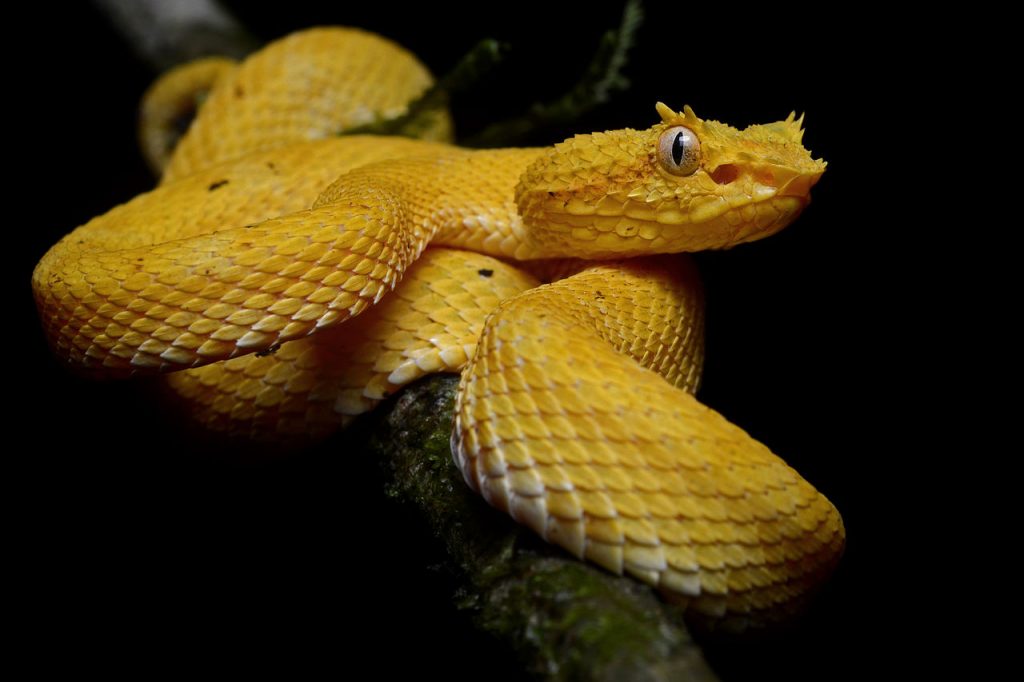 Mother Nature helps creatures in her animal kingdom compete for scarce resources through adaptation to their habitats. The snakes on the island reproduced rapidly, but the food sources on the ground soon dwindled. This competition for food led to the evolution of an extra-potent, fast-acting venom in the carnivorous island viper. They began to hunt migratory birds by slithering into the trees to bite and consume their prey without having to wait for the venom to weaken the creature. 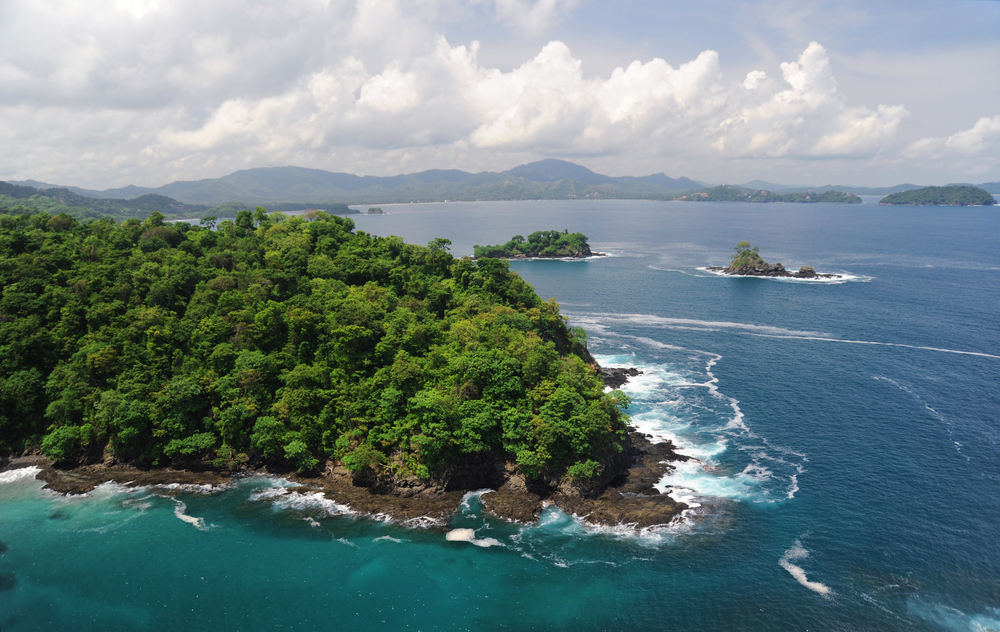 Golden lancehead vipers belong to the genus Bothrops, a family of 37 species of vipers, a particularly dangerous family of snakes. Its close cousin, the Lancehead snake, is responsible for around 90% of mainland Brazil's snake bites. The golden lancehead vipers, Bothrops insularis, lives only on the island and doesn't exist on the mainland. Researchers believe its evolutionary differences stem from the lack of native mammal food sources on the island after it disconnected from the mainland. 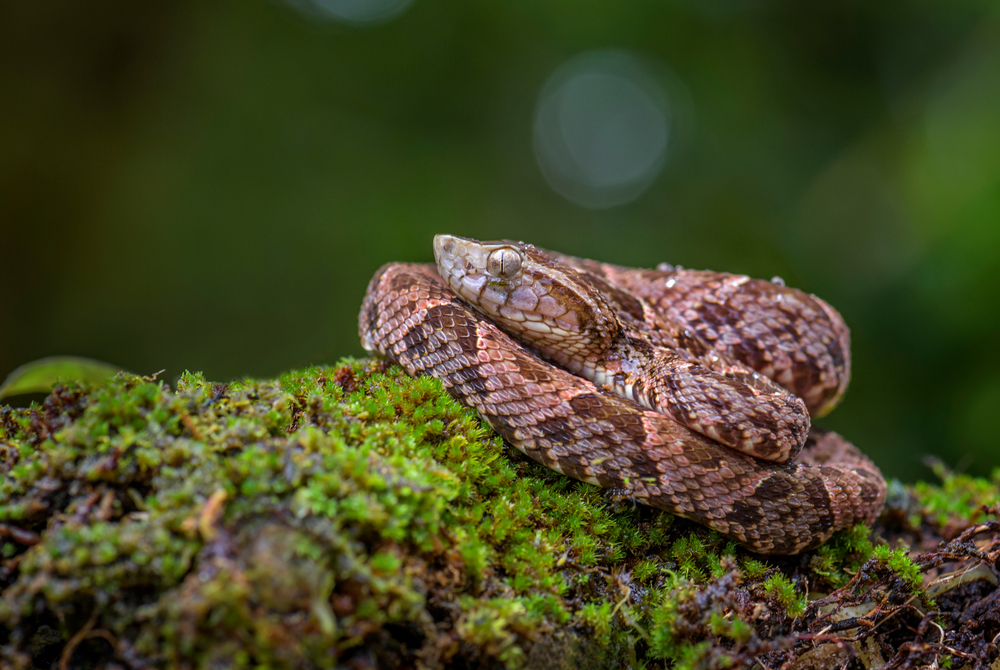 The golden lancehead viper is at the top of Snake Island's food chain, and adult lanceheads have no natural predators. They bear live young, however, that are potentially vulnerable to a few creatures that share the snake's habitat. Lizards, spiders, millipedes, and birds are a few of the possible predators that could feast upon these young snakes. But because the Brazilian navy limits access to the island, researchers have not been able to confirm if this theory is true. 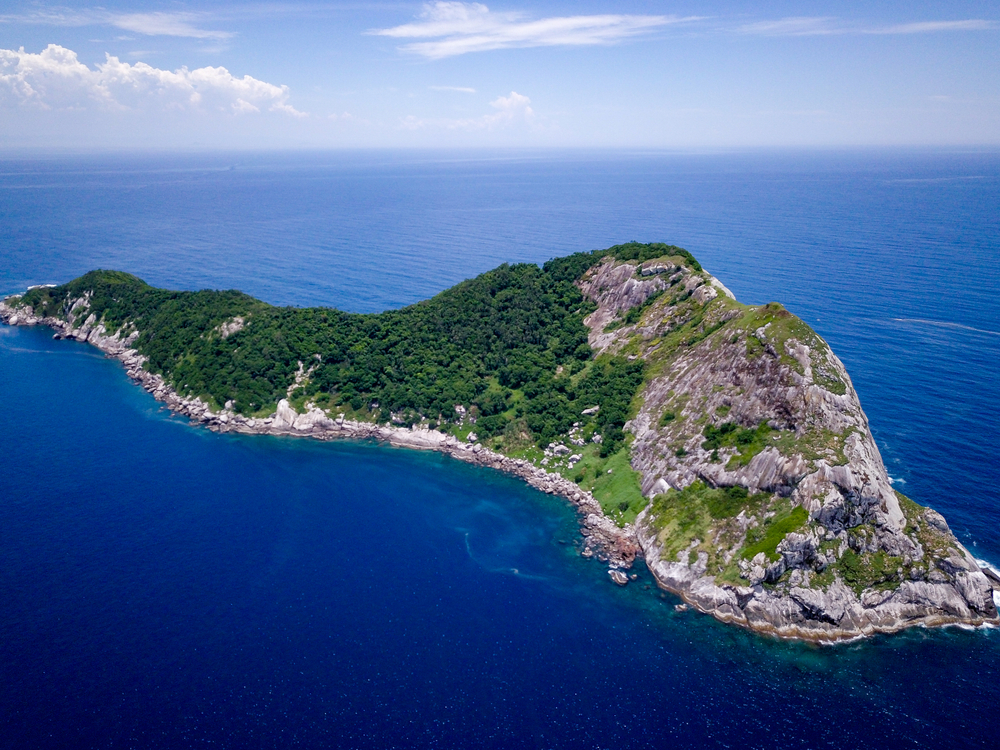 There are limited food sources on the island. Although they may eat lizards that share their habitat, golden lanceheads rely mostly on hunting migratory birds such as the southern house wren and the Chilean flycatcher. Other types of birds who live on the mainland know better than to perch in the trees on the island. But the migrating flycatcher desires food sources found in the area around the island and quickly become a food source themselves. 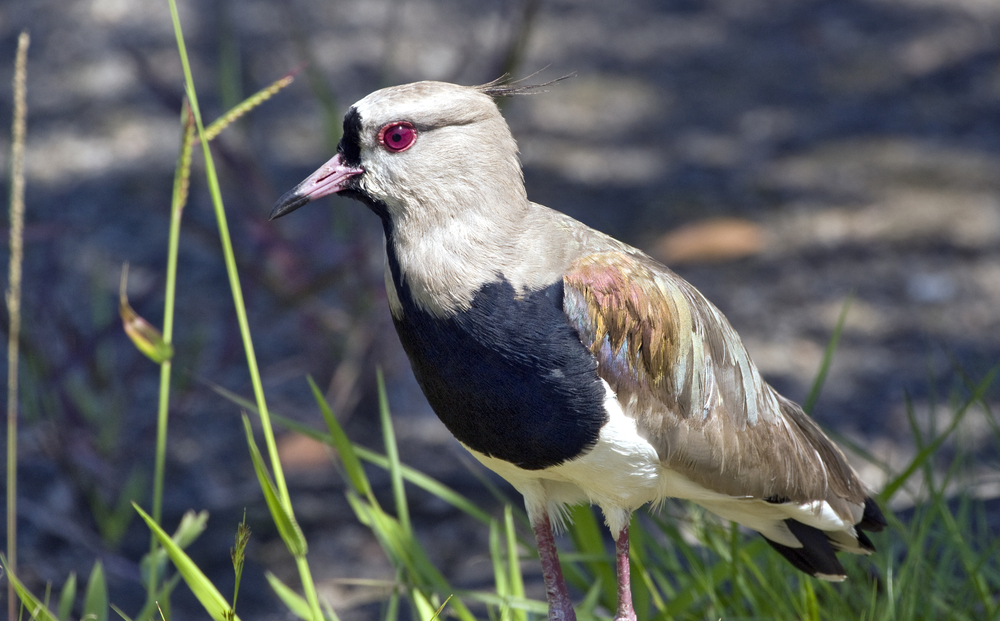 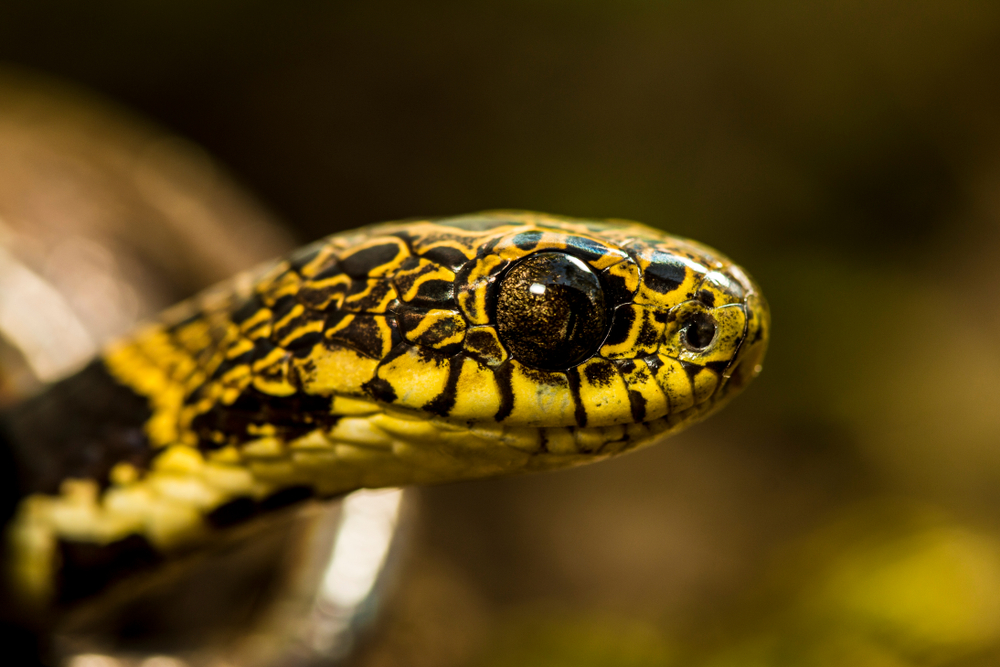 Over the years, many myths and legends have arisen due to the danger of the island. Most of the myths involve humans who came into contact with Snake Island. One rumor says that a fisherman landed on the island in search of bananas, but appeared days later in a pool of blood with snake bites all over his body. Another myth stated that the Government automated the lighthouse because the last lighthouse keeper died when the snakes climbed through his home's windows. 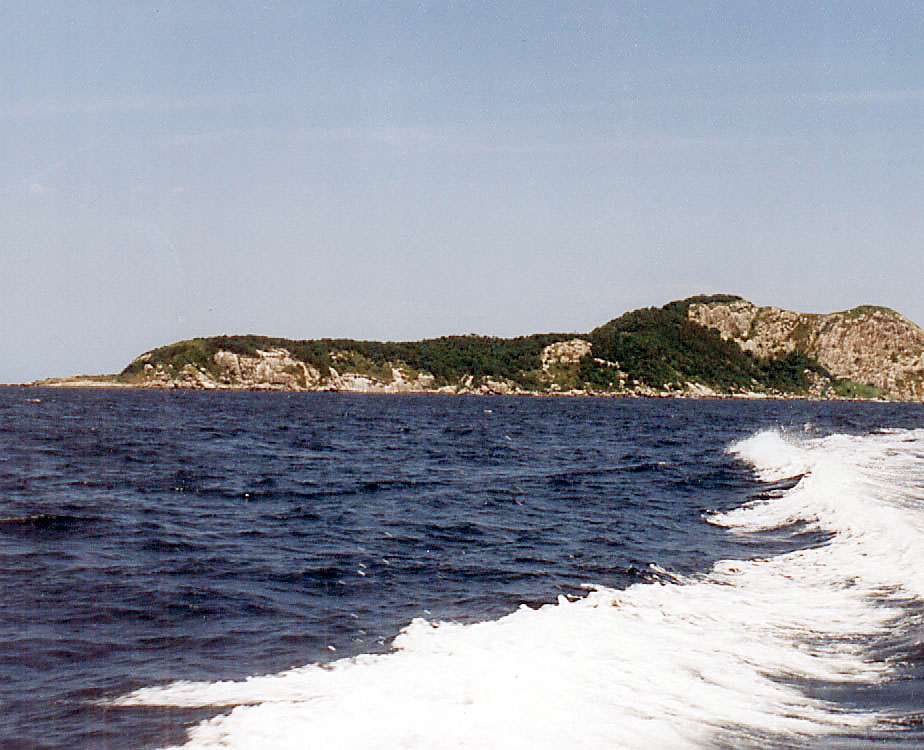 Government officials heavily regulate who can visit Snake Island. They do not allow tourists anywhere near the island due to the immense danger the snakes present, though poachers, pirates, and the occasional tourist do attempt trips to the island. Once a year, the Brazilian Navy will journey to Snake Island to perform maintenance on the lighthouse. Additionally, the government may occasionally allow researchers to visit the island, but any visit to the island requires a doctor to be present. 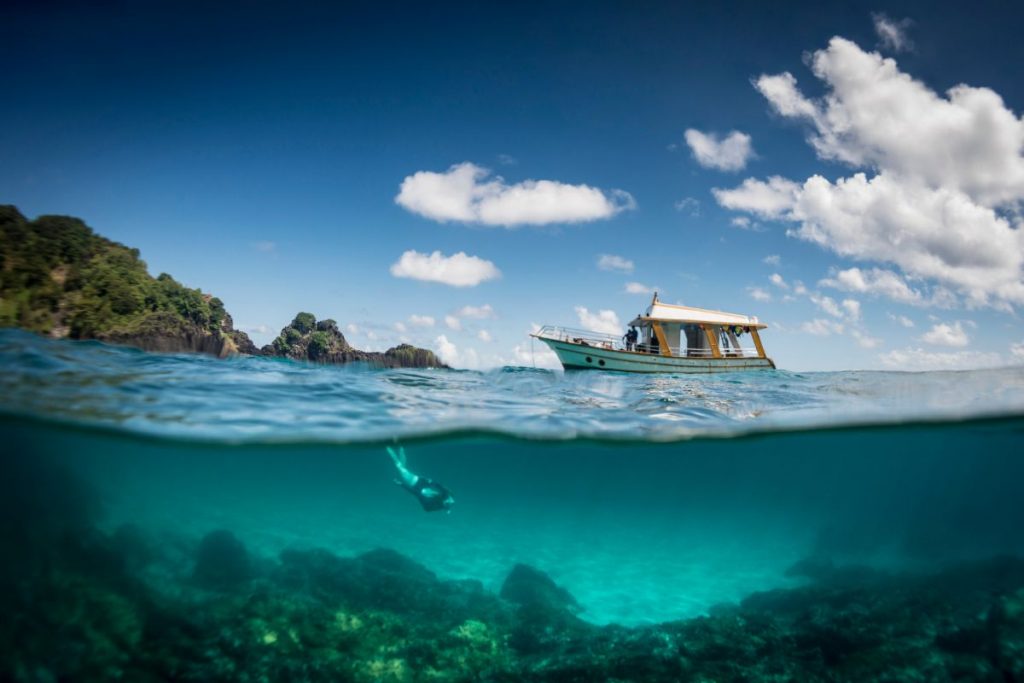 Researchers have successfully used the golden lancehead viper's venom in pharmaceuticals that treat heart disease, circulation issues, blood clots, and more. The venom of other snake species could potentially treat cancer as well. Because of the increasing demand for the venom by scientists, biopirates sneak onto the island to capture the deadly snakes and sell them on the black market for up to $30,000 each. Currently, the snake populations on the island are decreasing, and the viper is a critically endangered species. 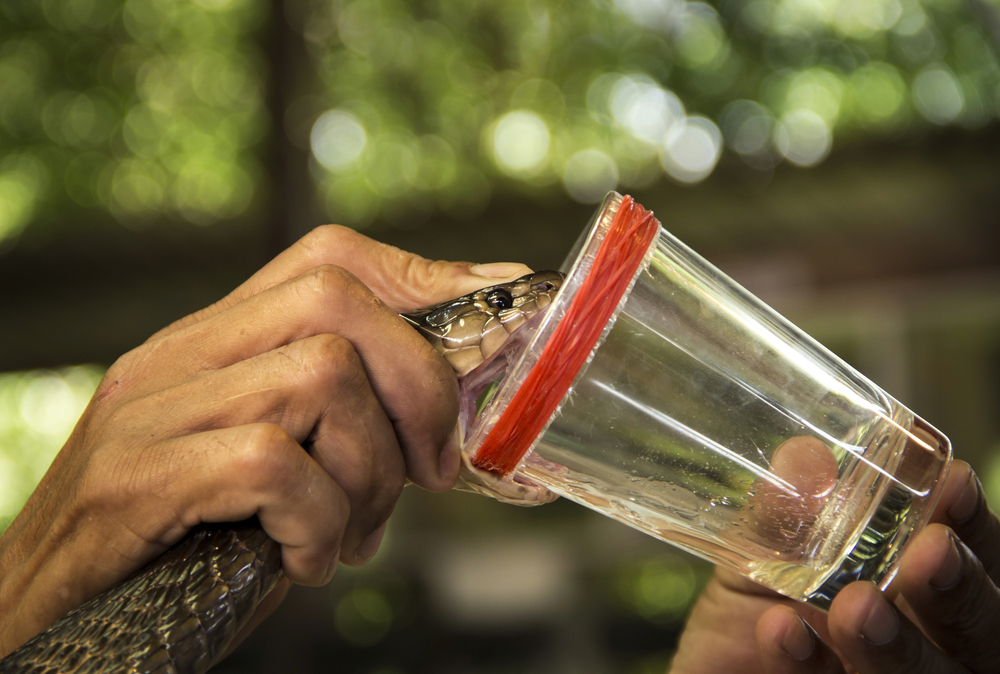 For those who wish to get up-close-and-personal with a golden lancehead viper--but at a safe distance--visit the Serpentarium in the Butantã Institute in São Paolo or the Zoológico Municipal Quinzinho de Barros in Sorocaba. Unfortunately, travelers will never get the opportunity to see these amazing reptiles in their natural habitat or visit their beautiful island home. However, they may be able to talk a local into taking them on a boat ride around the island, though this is illegal. 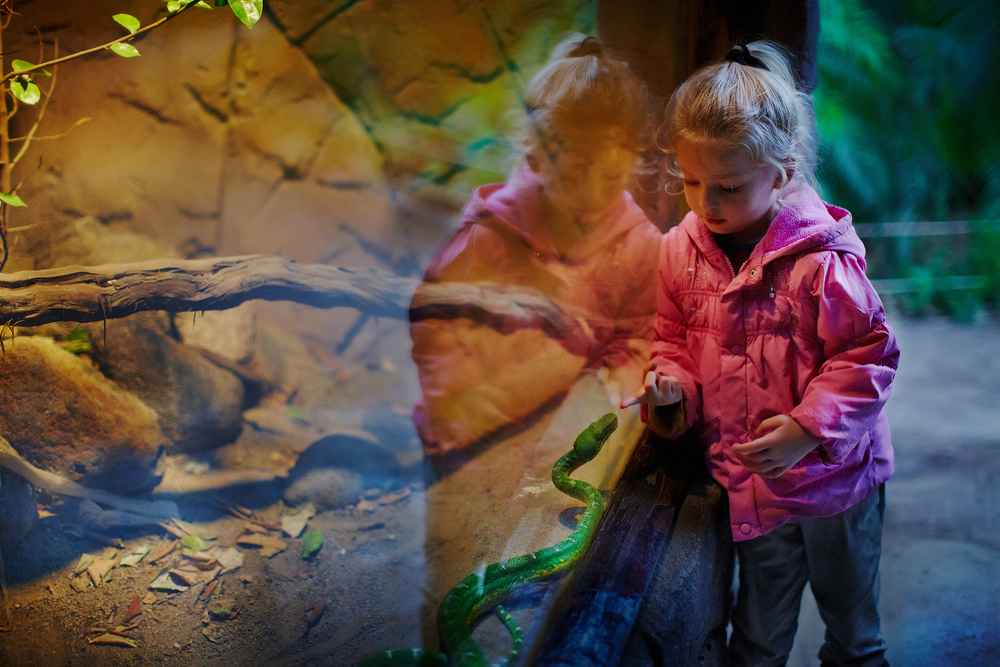