Riveting Places You Should Visit in Albania

For many years, Albania didn't allow access to outsiders. Its lush forests, towering mountains, and sparkling waters remained a mystery to much of their world. Throughout the 20th century, the region bore the marks of several wars and grew to outlast them. With the fall of a particularly restrictive communist regime in 1991, Albania began to allow tourists to enter its borders. New visitors came the country with little idea of what they might find. They discovered a land full of majesty and beauty, regardless of the strict rules that still gripped the area.

As the years passed, Albania managed to shed the codes and standards that once gripped the country. Visitors have begun to trickle into the country and discover what exactly it has to offer. There are popular sites such as the ancient Greek and Roman ruins, legendary castles, and dynamic cities. Beyond those, however, are several sites and scenes that remain hidden from the casual visitor. In many cases, these are the areas that exemplify what makes Albania one of the most incredible countries in the Balkans and the world.

When describing a site in countries like Albania, people will often say it's like something out of a movie. Though this may seem cheesy or overstated, it truly is the perfect description of the quiet, misty fortress on the outskirts of Berat. The castle peers over the surrounding village from its perch on the precipice of a large hill. During the spring and summer months, the scents of chamomile and wildflowers fill the air as you walk along the cobbled streets. 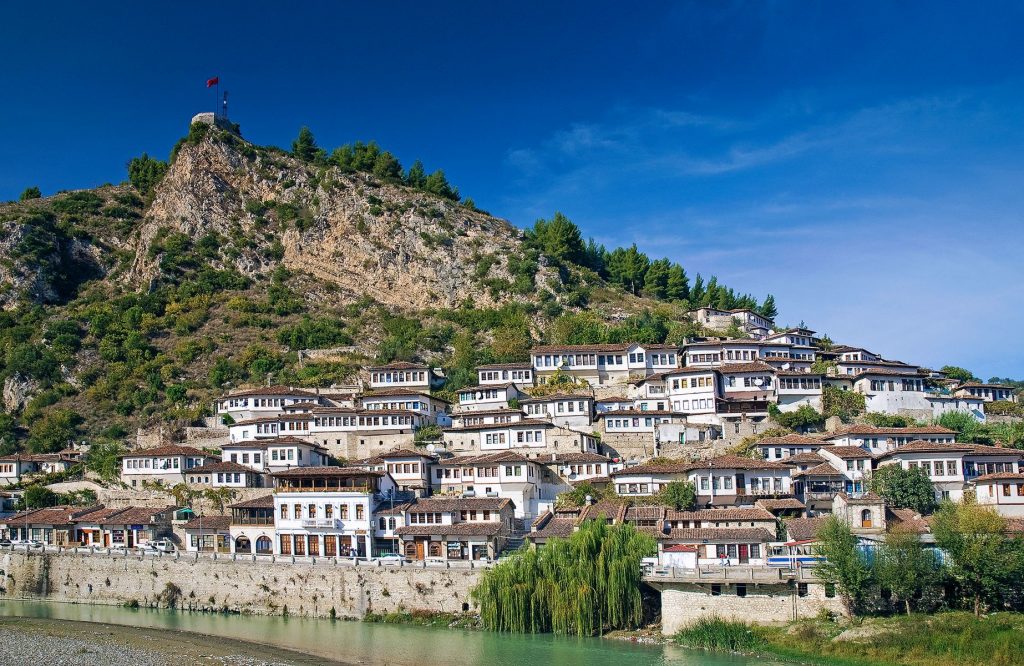 Between the Gjerë mountains and the Drino river is a large valley that contains the ancient city of Gjirokastër. Overlooking the city is a striking monument that is both legendary and somewhat eerie, Gjirokastër Fortress. Historically, former leaders in the area used the castle as a prison to hold their many enemies. Since the fall of the previous government, the castle has become a popular site that is now the home of many annual festivals with live music, and local food. 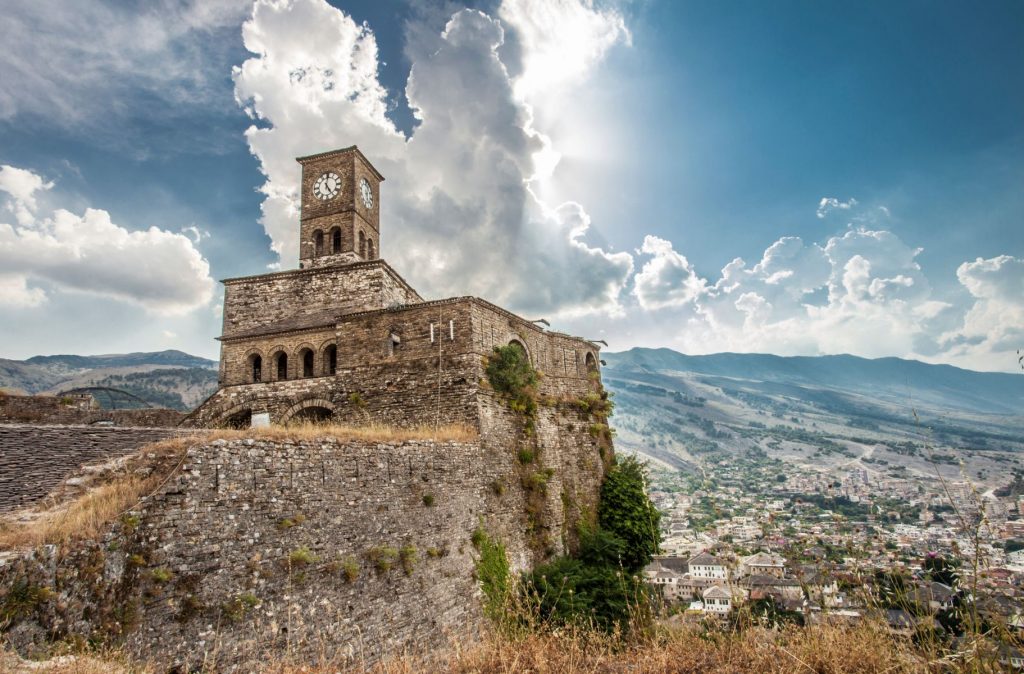 Though visitors have slowly begun to trickle into Albania, many of its most beautiful locations remain hidden from the casual tourist. The easiest way to reach Gjipe beach is a boat journey from the nearby Jala beach that takes you across the crystalline waters the beaches share. Fans of hiking may choose to instead follow the narrow, winding road and enjoy the crisp sea breeze. When you arrive at the beach, you'll discover a hidden paradise with white sands and magnificent cliffs overlooking the coast. 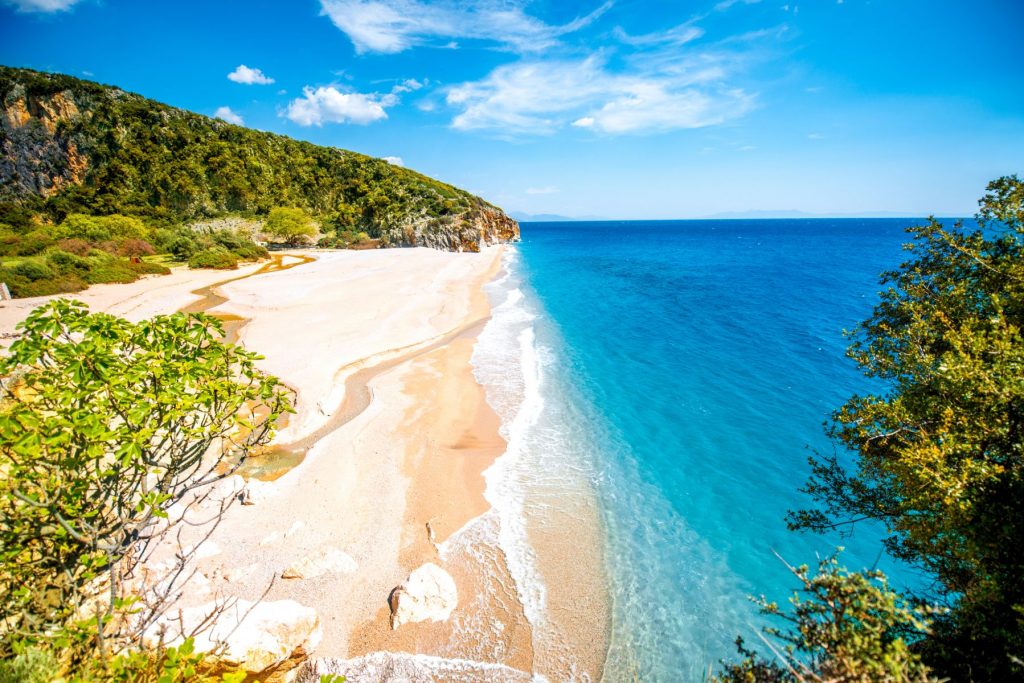 Many people think of waterfalls as large pillars of water that crash with a thunderous noise, but the Bogovë waterfalls are a little different. If you're stopping in Berat, consider taking time out of your day to visit these small but beautiful falls. From a glance, the waterfalls appear to wind in and out of the rocks before gently emptying out into a shaded, turquoise pool. Visitors are free to swim in the pool, though the water is incredibly cold even during Summer. 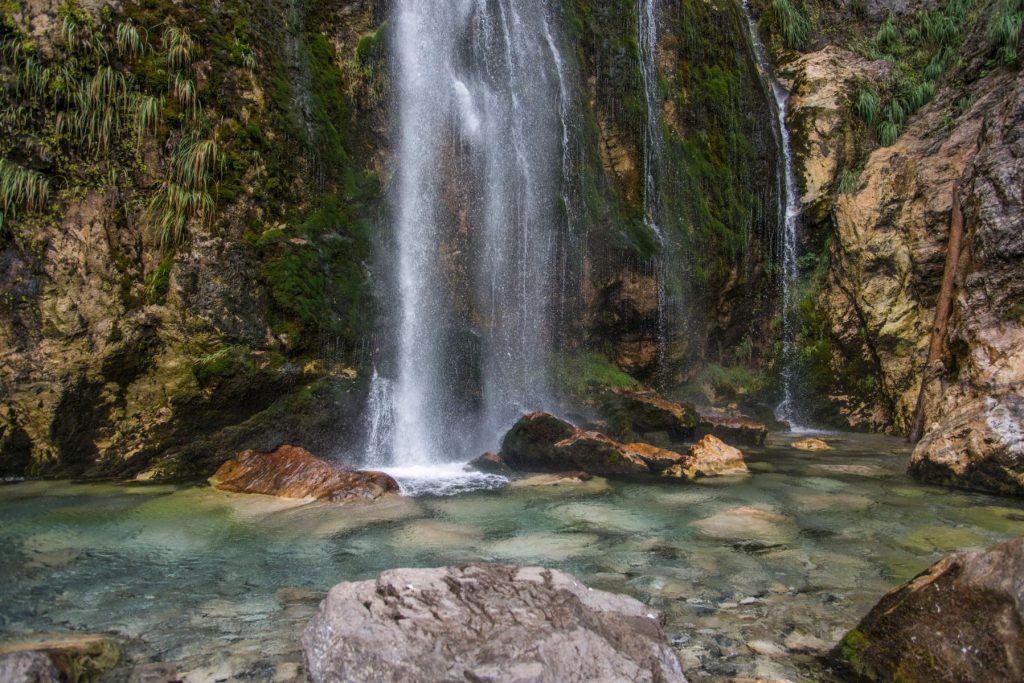 If you look at images of any spring, lake, or river in Albania, you'll find that they each have a piercing and beautiful turquoise color. Even among these striking waters, the Blue Eye Spring stands out as something truly special. A thick forest surrounds the deep blue pool and provides a calm area to breathe and take in the sights. Though the area is popular, it remains relatively empty during most months. 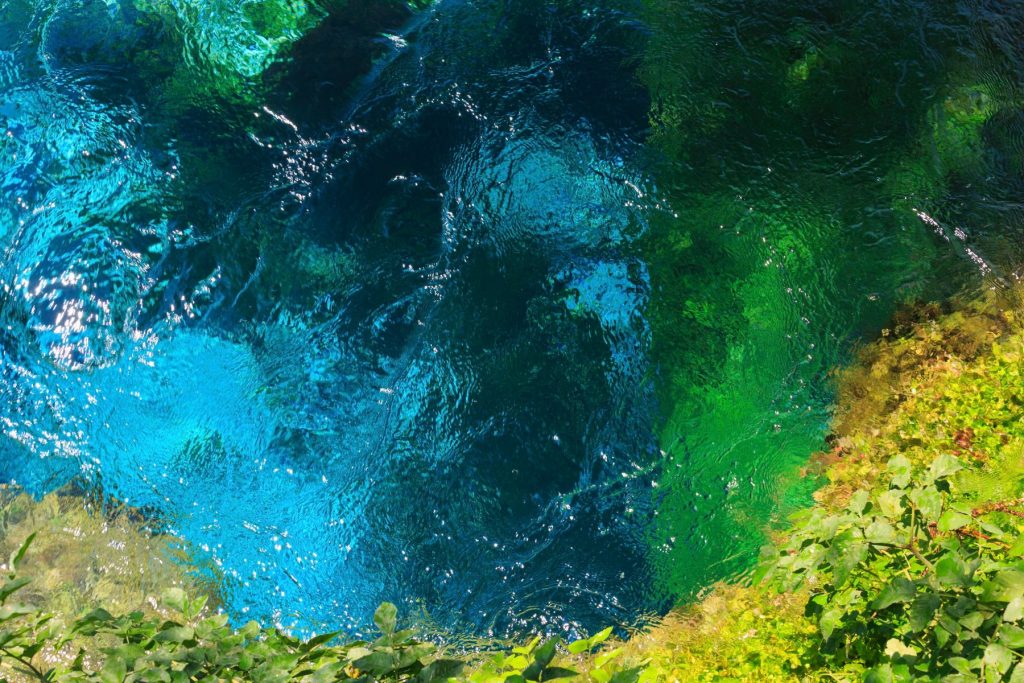 Albania's second most populous city, Durrës, is home to many interesting sites, but few hold the historical majesty that its amphitheater possesses. Dating back to 2nd century BCE, the ruins sit on a hillside and could once seat up to 18,000 people. An ancient chapel within the amphitheater contains several gorgeous mosaics. Guides are available during much of the day and can explain the history of the ruins and various houses that have since populated the area. 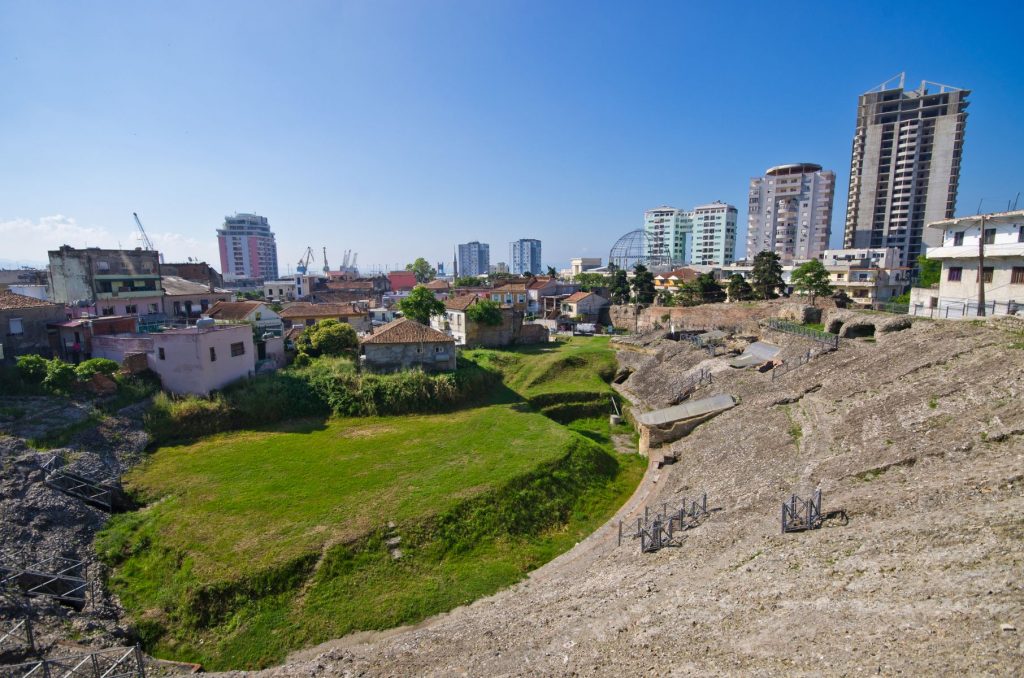 Albania is full of history, and many of the locals hold a great amount of respect for their past. In 2015, the town of Krujë finished restoring their 400-year-old Ottoman-style bazaar. Visitors can tour through the winding streets and browse a variety of local wares, such as custom rugs or copper products. If you're looking for something that is easy to take home, some sellers offer silver jewelry and other small, handcrafted items. 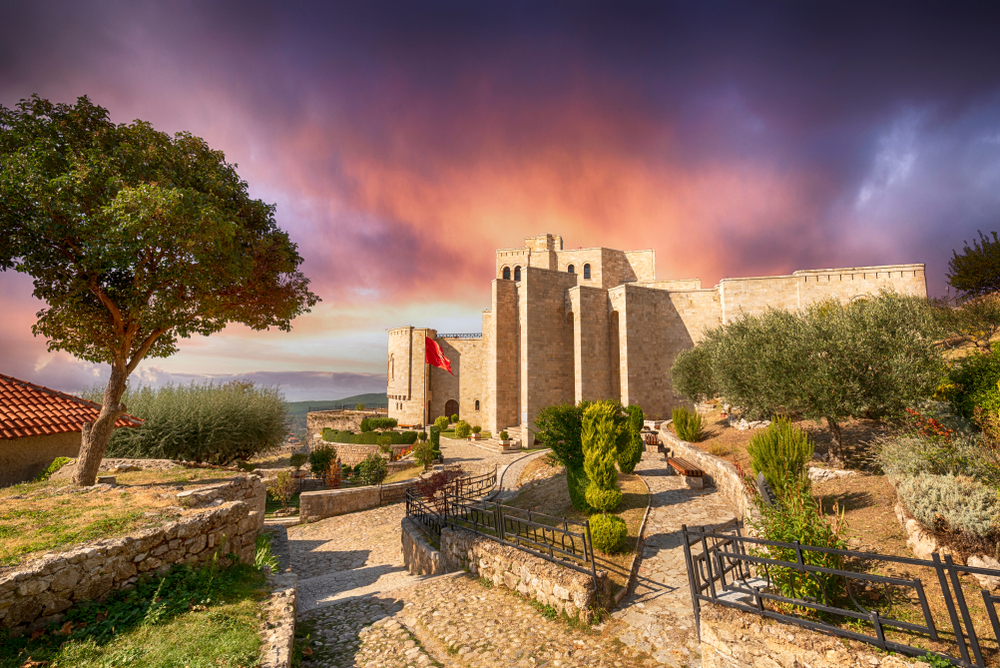 The city of Tirana is Albania's capital, and, at one point, appeared on many lists as Europe's worst city. However, the city has maintained its chaotic energy but used it to evolve into a cultural and entertainment center of Albania. Because it's a relatively small city, you can visit most of Tirana's center area in a day and discover buildings that look more like a Wes Anderson set. Make sure to sample the city's often-overlooked cuisine and cafe culture. 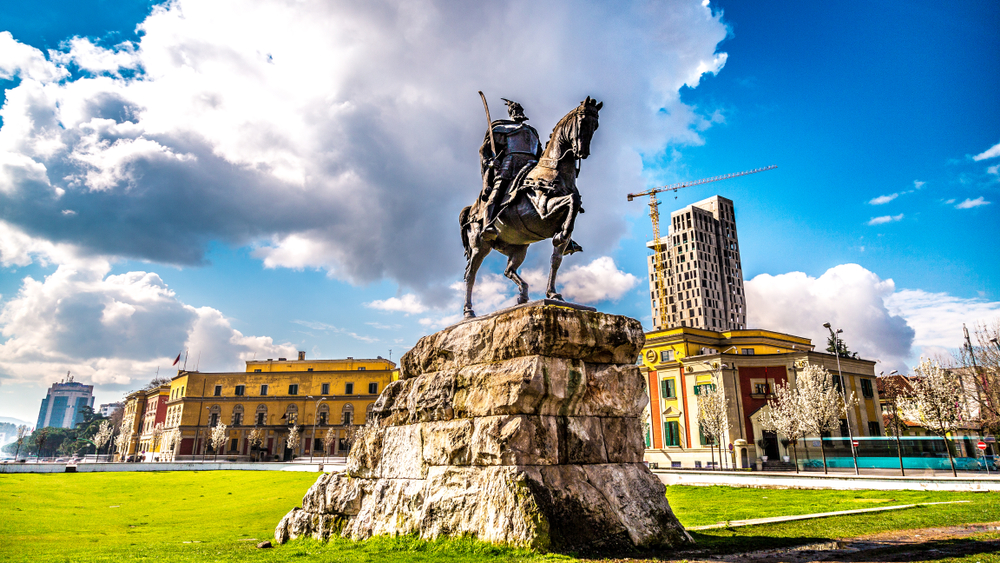 The Bunkers of Albania

Enver Hoxha ruled over Albania as a Stalinist dictator for four decades. When Stalin died, Hoxha ended Albania's allegiance with the USSR and began trying to make Albania self-sufficient. During his control, Hoxha ordered the construction of innumerable concrete and steel bunkers to protect the country against his former Soviet allies. Since the fall of Hoxha, they act as both a unique attraction covered in graffiti and a historical reminder of the terrors of Stalinism. 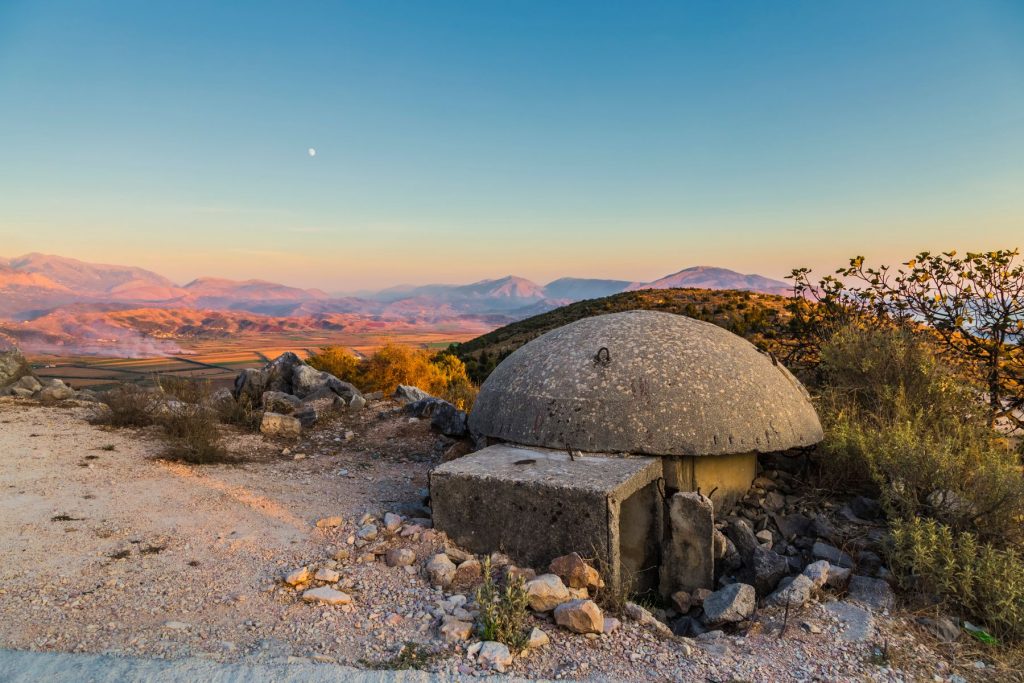 Deep in the winding hills of Ishmi, Durrës sits the elegant Duka Winery and their vineyards that stretch across the horizon. The winery produces several types of wine: Merlot, Cabernet Sauvignon, and Tempranillo. It also offers wine tastings for visitors, though you will need a reservation if you wish to participate. It's the perfect stop for adults looking to unwind and relax with high-class drinks in a majestic place. 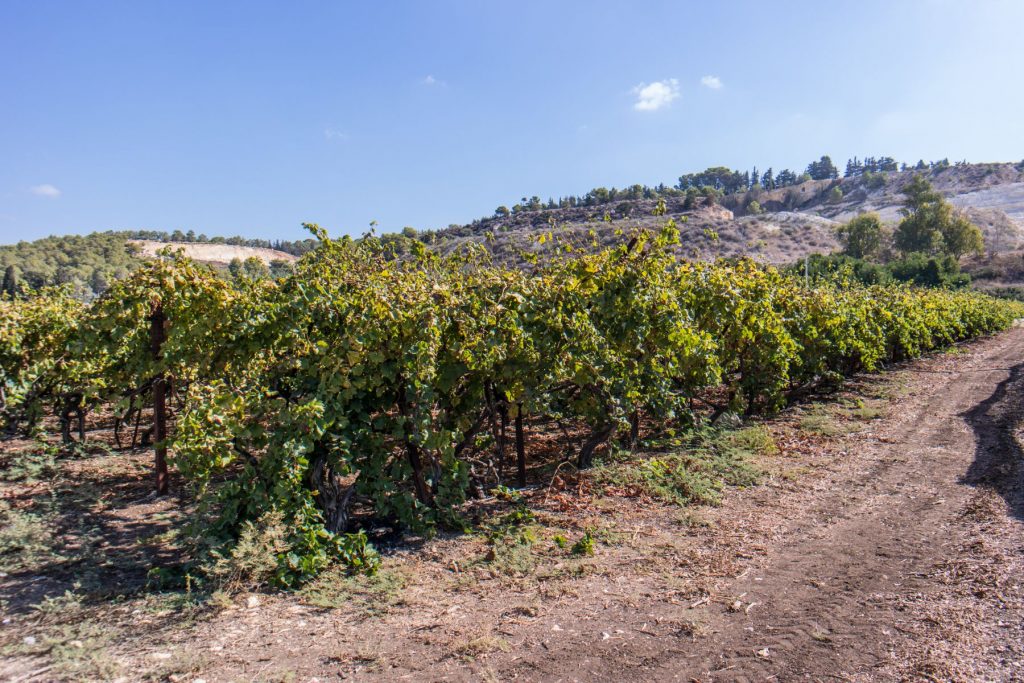 If you had to visit only one fortress in Albania, it would probably be best to visit Rozafa Fortress in Shkodra. Though much of the fortress is in ruins, it offers an incredible sight of Shkodra Lake and the city itself. If you're lucky, you might even find one of the tortoises that have come to call the area home. For a more energetic visit, you can rent a bicycle from one of the nearby hotels and ride along the paths south of the castle. 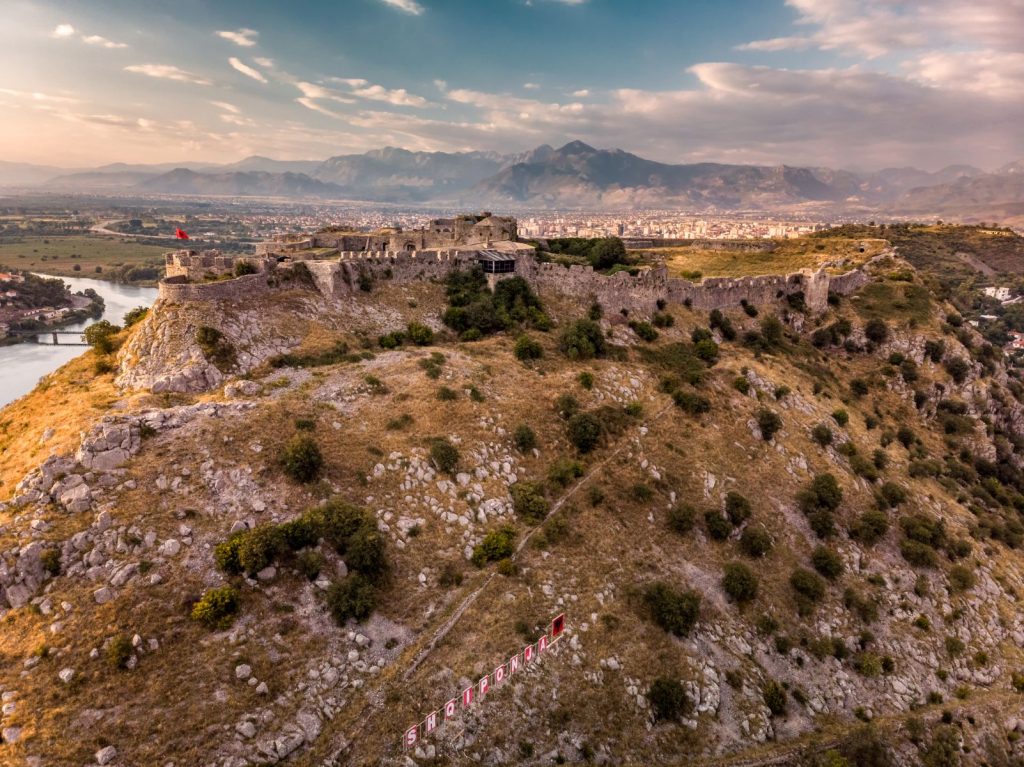 In the Përmet District, simply cross a stone bridge over a meandering turquoise river and you'll find the Benja Thermal Baths. All of the water in this region, including the river itself, is incredibly warm to the touch. The river feeds several manmade baths that locals say have healing properties. Though the area is popular, there's still quite a bit of privacy because the region is a little out of the way. 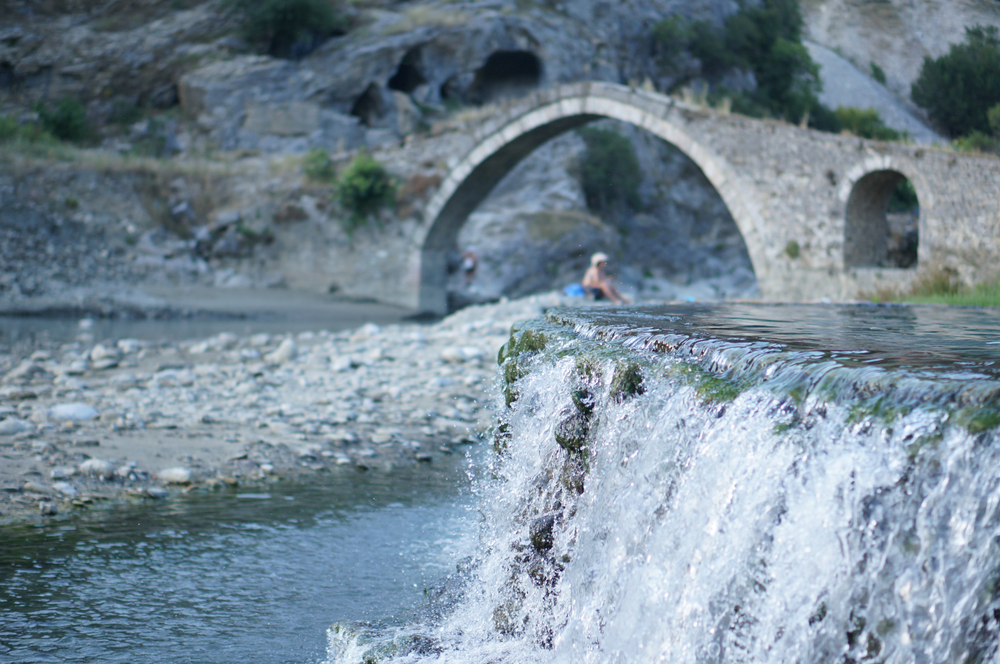