Reasons You Should Visit Patagonia at Least Once

The southern end of South America is a sparsely populated region of lush grasslands that stretch into towering mountain ranges and vast deserts. This region, Patagonia, feels like a step away from the modern world. Though there are several key cities in the area, they pale in size next to the seemingly limitless landscapes. There is no doubt that Patagonia is a region that every person should experience at least once in their life because there truly is nothing like it.

One of the most famous places in all of South America is the Unesco World Heritage site, Península Valdés. This wildlife reserve is the home of hundreds of elephant seals, sea lions, and Magellanic penguins. Fans of land animals will love the adorable llama-like guanacos and the ostrich-like rheas. The entire reserve stretches over 2000 miles and has well over 250 miles of coastline. Though viewing all of the animals is a treat, the most exceptional sight is probably the endangered southern right whale. Conservationists estimate that there are only 10,000 of these beautiful creatures left, so helping them survive is a key priority. Thankfully, many of the coasts become breeding zones for the whales between June and December, making it the perfect time to observe them. 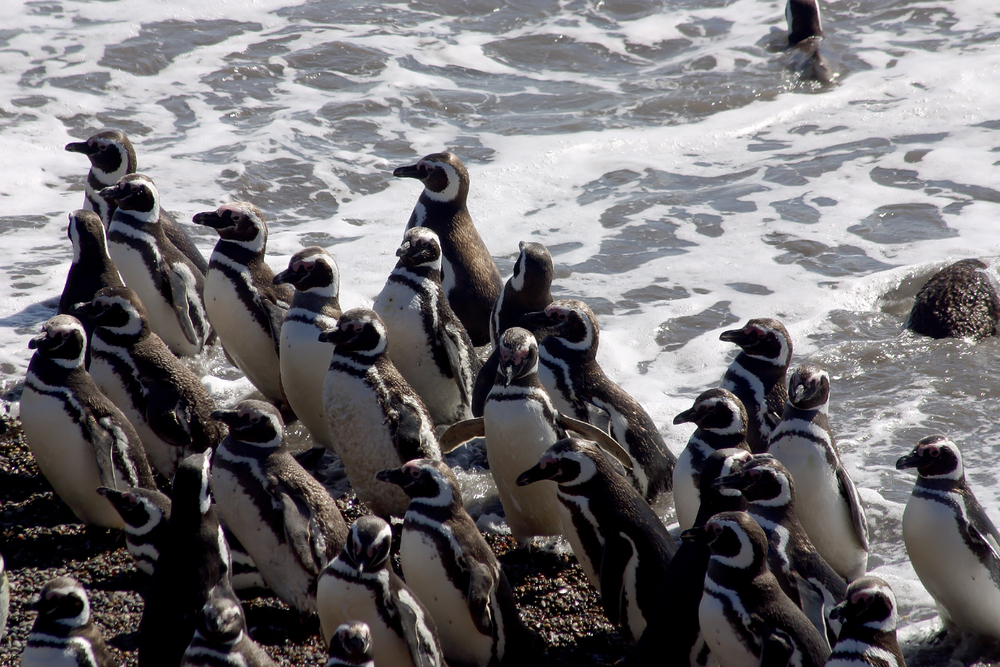 There are very few people in the world that get to experience certain aspects of the planet. Patagonia's Parque Nacional Los Glaciares offers one of these experiences. A hike through the beautiful area will allow you to visit the key point of its southern sector: Glaciar Perito Moreno. The vast ice field covers 97 square miles, is almost 600 feet deep, and is the world's third largest reserve of fresh water. Some companies even offer trekking tours that allow you to travel across the expanse of ice. Even if you choose not to hike along the glacier, the mere sight of it manages to be thrilling. 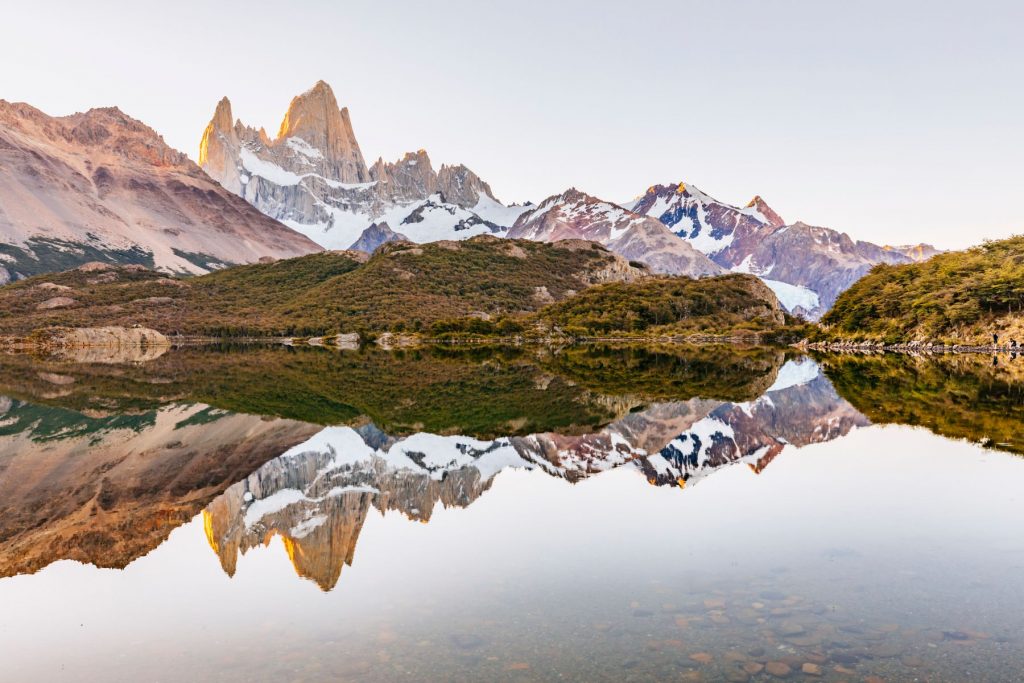 If you didn't get enough of the penguins at the Península Valdés, you should stop by continental South America's largest penguin nesting ground, Área Natural Protegida Punta Tombo. The region is home to a colony of over half a million Magellanic penguins. It also constantly attracts various seabirds from the surrounding areas, including cormorants, steamer ducks, and black oystercatchers. Because of the sensitive nature of the animals, park rangers do accompany visitors on their journey through the area. With the day-long tours, you can take a day to relax and enjoy the sight of the adorable birds as they waddle, swim, and feed. 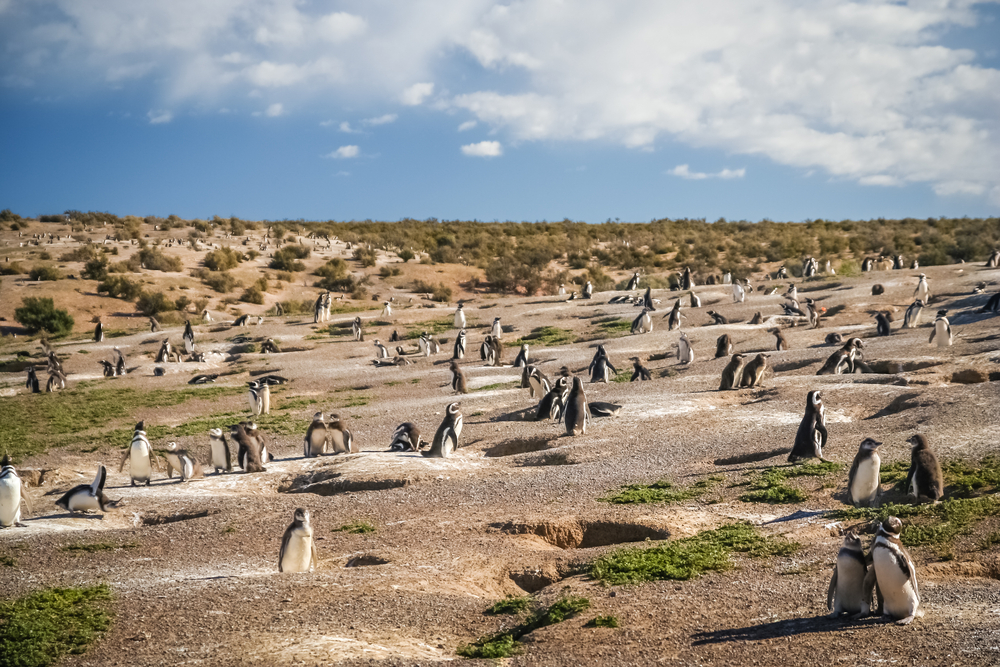 After a day out in the vast world of Patagonia, you may need a way to slowly unwind. Or you may have just encountered the impressive Glaciar Perito Moreno and wondered how such a colossal structure could form. Either way, you might choose to stop by the Glaciarium in El Calafate. This gorgeous museum contains many displays and films about the formation of glaciers and the various expeditions that have occurred across them. Adults can choose to relax in the various lounges and enjoy vodka, fernet, or cola in actual ice glasses. 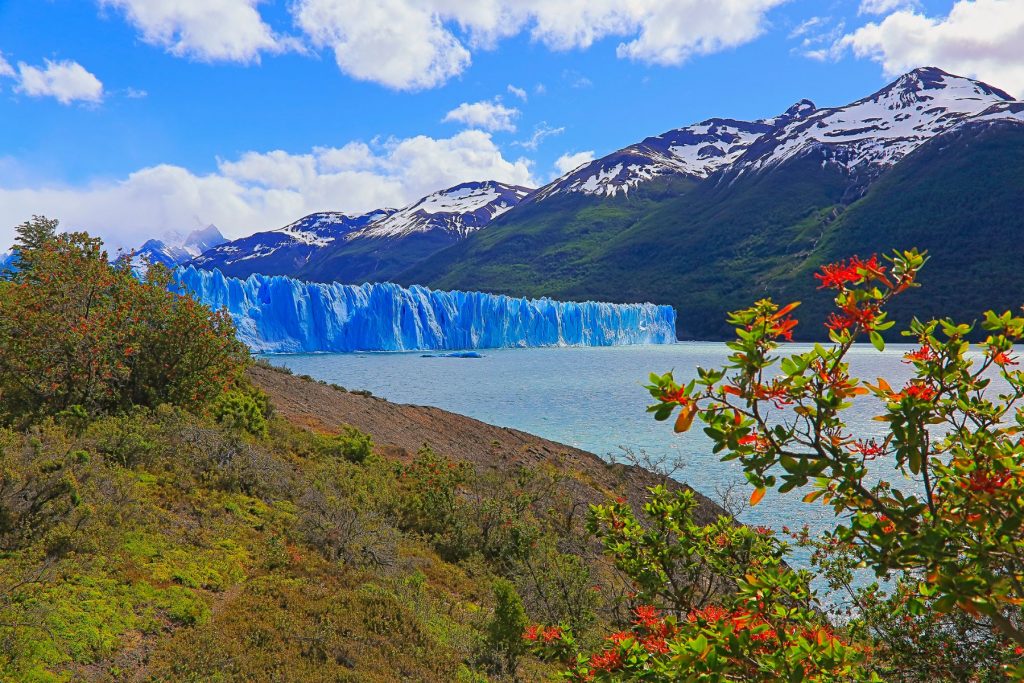 Patagonia has captured hearts with its verdant forests, shimmering glaciers, and majestic animals, but the question remains. What is the best way to take it all in? Many visitors travel to Patagonia in the hope of seeing things they've never seen before, and the fledgling city of El Chaltén is a perfect place to start. There are dozens of trekking trails of varying lengths and difficulty that allow everyone from casual hikers to the most intrepid adventurers to enjoy themselves. The trail to Laguna Capri is an easy path that allows you to observe the mountains in their full glory without testing your fortitude. Alternatively, the Huemul Circuit allows experienced trekkers to travel across hills, through a thick swamp, and into the extraordinary, icy expanse of Hielos Sur. 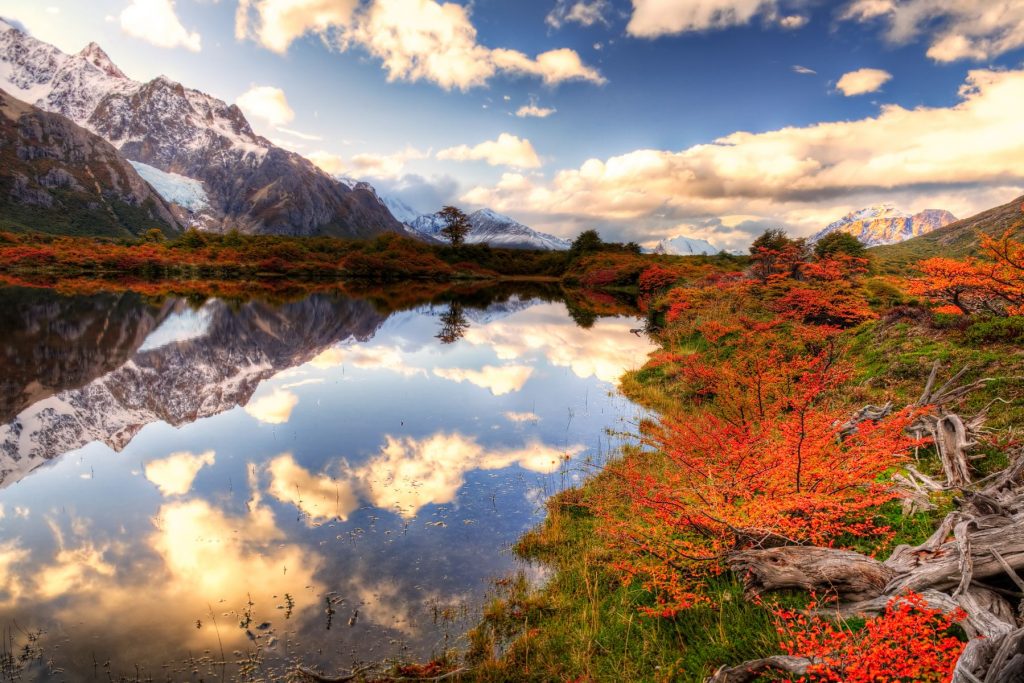 There are several national parks in Patagonia that hold worldwide acclaim, but Torres del Paine is something special. Of course, its magnificent rock formations and crystal-clear lakes are a huge draw, but it also has three trails that wind through the 700-mile park. The most popular trail, the W-Trek, takes five days to travel and stretches almost 35 miles. Trekkers will be able to come across many of the park's most incredible features, including the towering rock pillars that give the park its name. 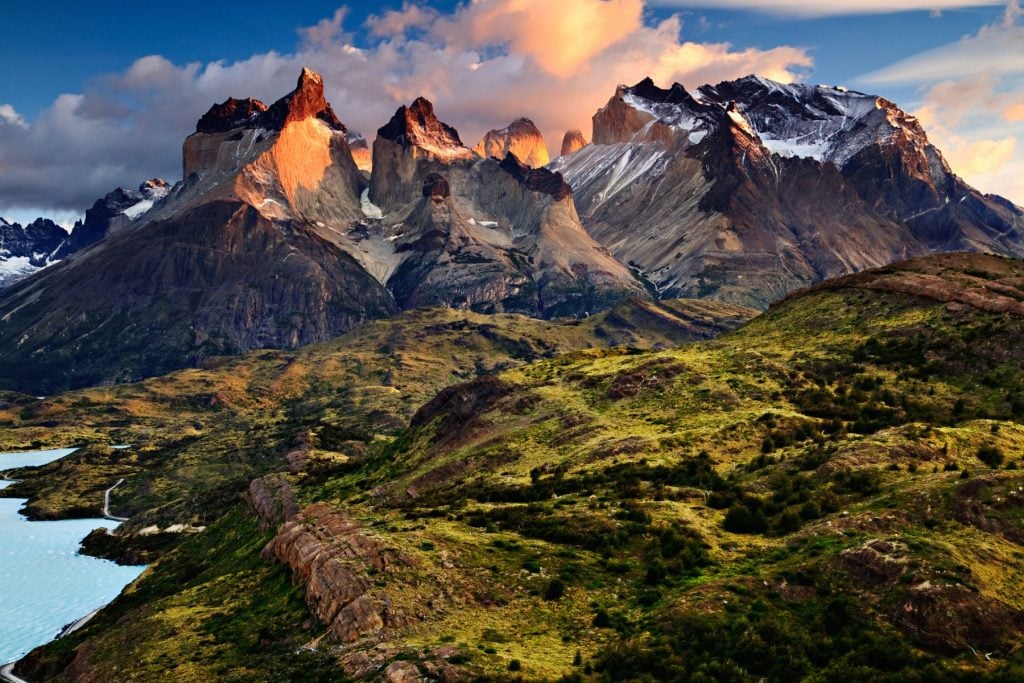 Dating back to about 7370 BCE, Cueva de las Manos has some of the most incredible rock art on the planet, namely because it is one of the earliest examples of art that we have. Cueva de las Manos translates to “Cave of Hands,” and it's clear where it got its name. The ancient walls of the cave have polychrome rock paintings covering most of their surfaces. Along with imprints of human hands, there are drawings of guanacos and abstract designs. There are around 800 images, and more than 90% are imprints of left hands. Interestingly, one has six fingers. Rangers are currently considering opening hiking trails through the area. 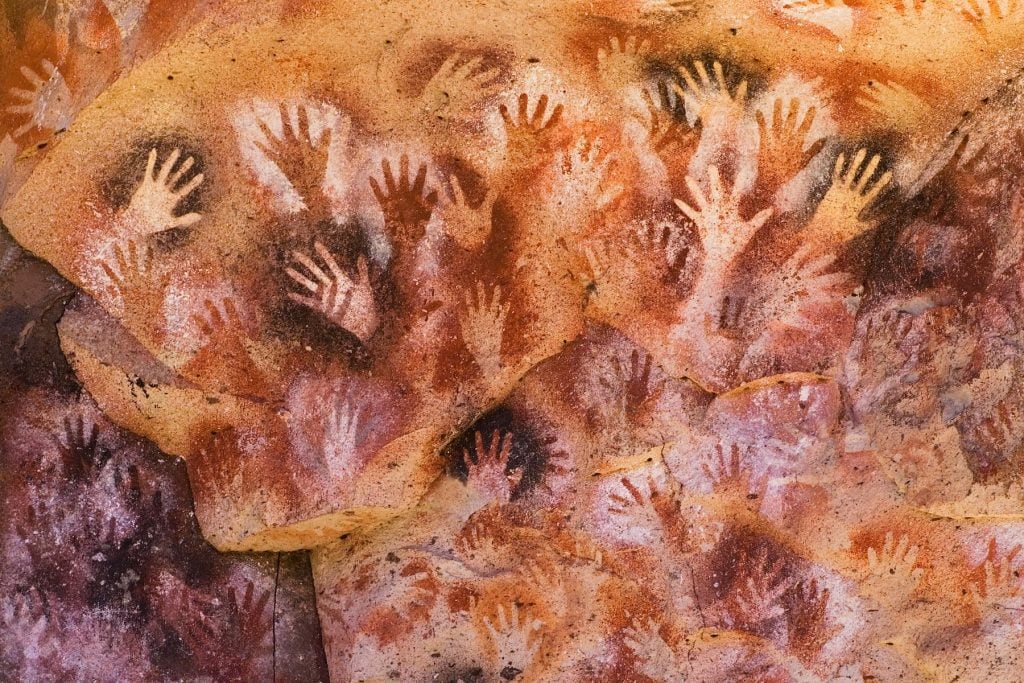 Some of the more remote areas of Patagonia have estancias scattered throughout them. Estancias are large plots of land that many locals use for cattle-raising and farming. Some of these estancias have opened their doors to visitors, allowing them to experience rustic life in Patagonia. Traditional barbecues, wine, and horse riding are almost always available. The Estancia Monte Dinero also has a cozy cafe-bar at the foot a lighthouse and offers a sweeping view of the ocean and the surrounding landscape. It's also incredibly close to a colossal Magellanic penguin colony. 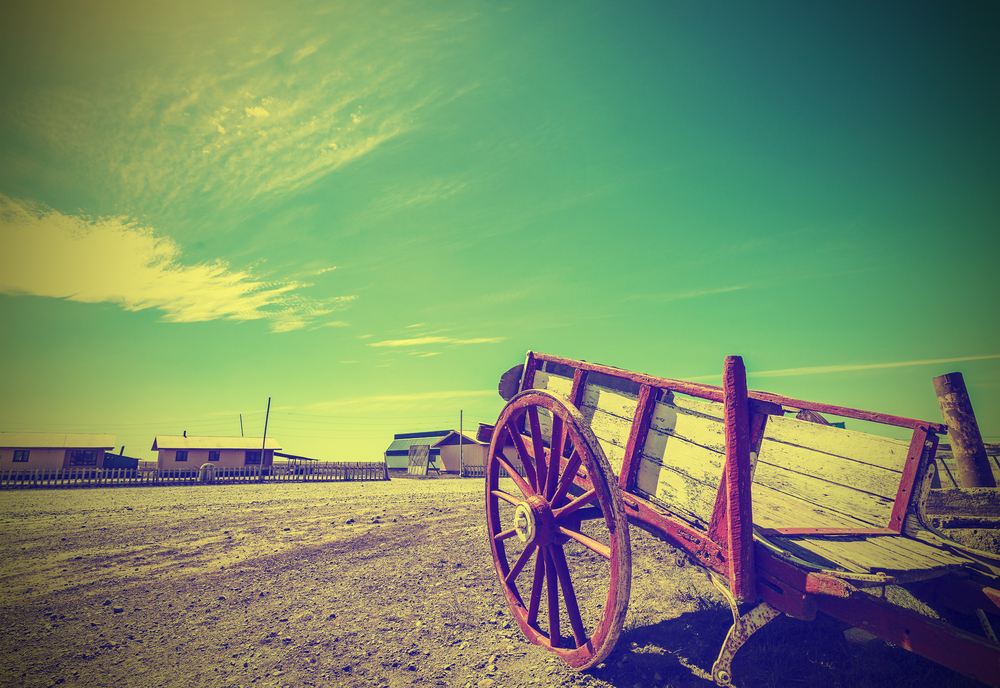 Patagonia is a fantastic destination for people who want to escape from the world for a period of time. Of all its cities and villages, few are as cozy and away from it all as Camarones. Many of its beaches remain empty, even during popular tourism months, allowing a peaceful stroll with an ocean breeze. The local townsfolk are sociable and are often willing to share their experiences and recommendations on the area, particularly about scenic outings and the best places to stay. It is also the closest village to the Cabo Dos Bahías nature reserve, which hosts tens of thousands of penguins and their chicks. Like the village, the reserve is less popular among visitors, so it allows a more personal view of the adorable birds. 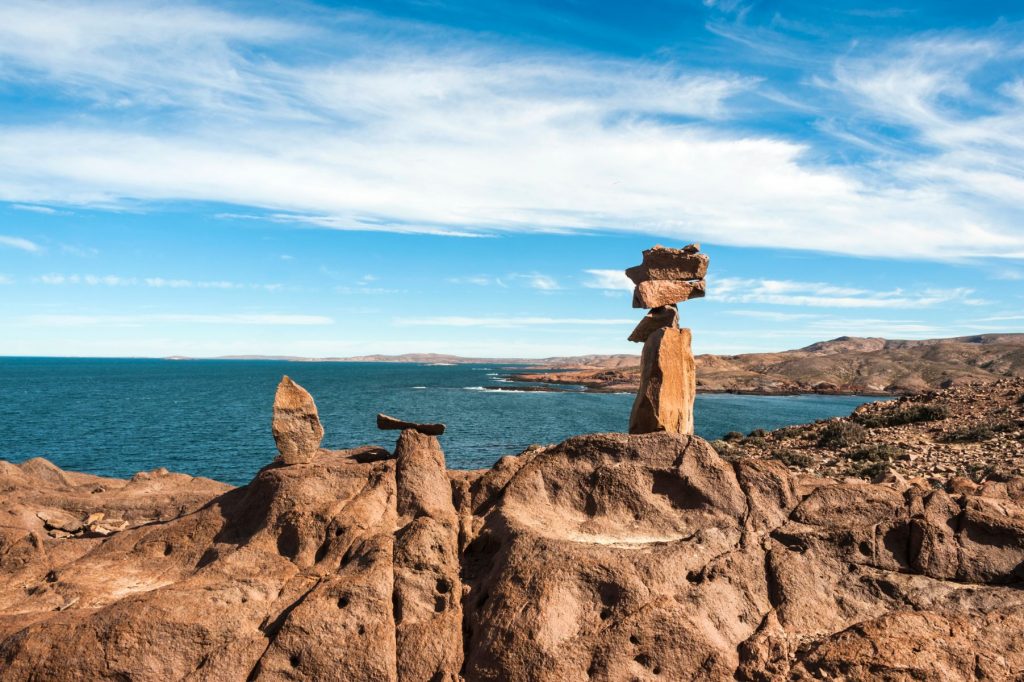 Just because much of the region is relaxing and calm, doesn't mean there aren't thrills to be had. Areas like Madryn and Península Valdés are diving capitals of Argentina and Patagonia. Some companies will even offer exclusive night dives or adventures across several days. If diving isn't your idea of fun, there are also windsurfing or kayaking options in many of the area's cities and villages. Some towns even allow visitors to organize rafting trips through the many pristine rivers and lakes. 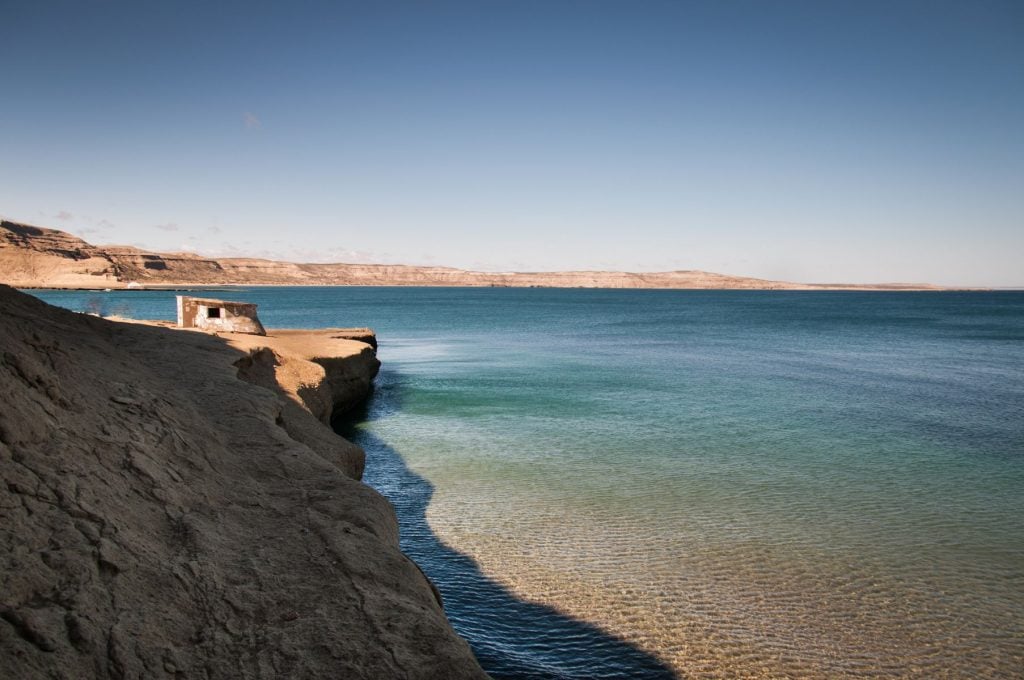 Perhaps you really enjoyed visiting the sea lions and elephant seals. Maybe you loved watching the southern right whales during the breeding season and are looking for a similar experience. Punta Norte is a solitary area on the far end of Península Valdés. Because of its location, visitors tend to skip over the area, despite what it has to offer. From February through April, you can watch orcas come to the area to hunt. Though it's rare for visitors to see a full out attack or hunt, it's common to see dorsal fins slicing through the water as the whales search for food. Orcas are also more likely to breach than other types of whales. If you're lucky, you might get to see one of the giant creatures leaping out of the ocean. 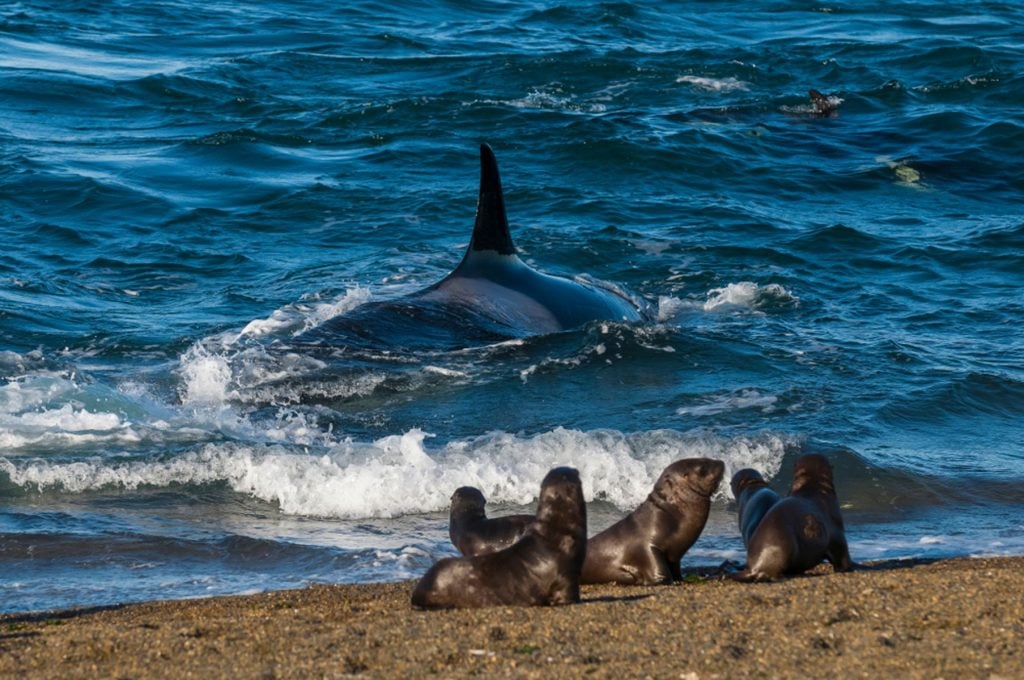 The End of the World

Patagonia holds a historical nickname as “The End of the World.” Between its incredible wildlife, crisp air, and limitless landscapes, it's easy to see where the name originates. One of the region's most popular tours references this as the “Journey to the End of the World,” and it is one of the best ways to experience all that Patagonia has to offer. In addition to visiting the various sea-life and birds of the region, it also stops at a Welsh tea house and an authentic chacra. From there, a boat will take you through the Beagle Channel as you see one of the first settlements of Tierra del Fuego. You will then visit the Perito Moreno Glacier, ride horses through the landscape, and take a trek across Torres del Paine. The end of the tour is a relaxing stay in a traditional wood cabin with meals and a log fire. 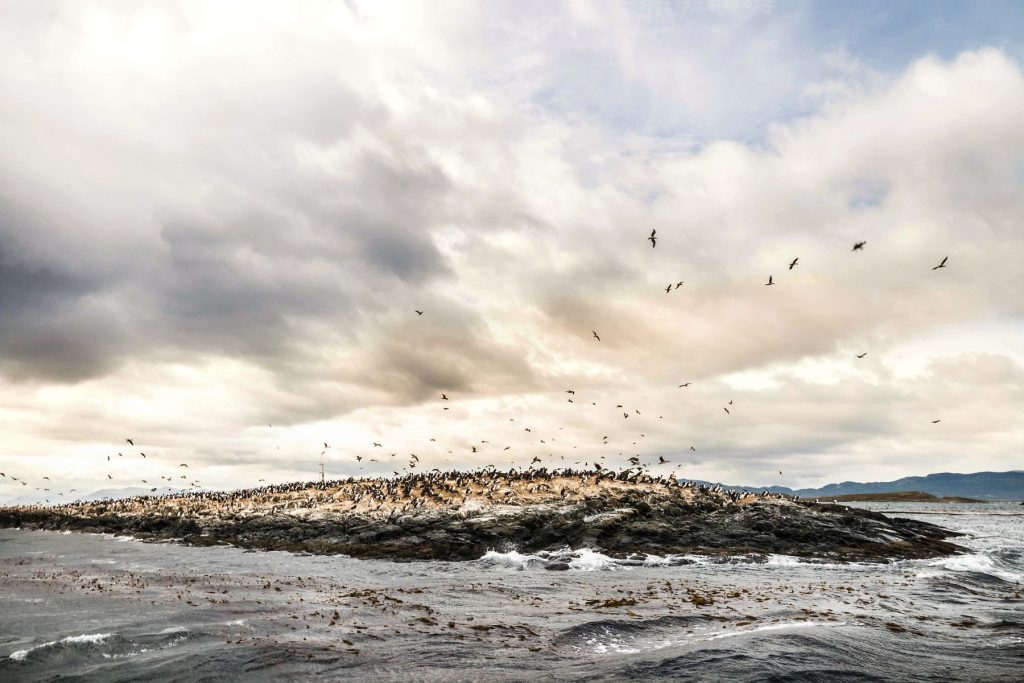