Located in the Lesser Sunda islands of Indonesia, the province of Bali known for many things, including its natural beauty and history. Romanticized by anthropologist Margaret Mead, its culture is a mixture of Chinese, Indian, and Hindu influences across eight regencies and neighboring islands. It grew to international prominence during the thirties, and currently, tourism accounts for 80 percent of the province's total revenue. Considering its warm year-round climate and favorable foreign exchange, it an attractive getaway for snowbirds.

Known locally as Mandala Suci Wenara Wana, the Sacred Monkey Forest sanctuary attracts approximately 120,000 visitors a month. While it's a nature conservatory with a variety of protected animals, the Balinese long-tailed monkeys are the main draw. Different groups of monkeys occupy separate territories within the sanctuary. Visitors can observe, photograph and have limited interactions with them. Other than that, touching the monkeys and feeding them human food, such as cookies or bread, is strictly prohibited. That doesn't stop the monkeys from sometimes accosting tourists if they feel there's food. 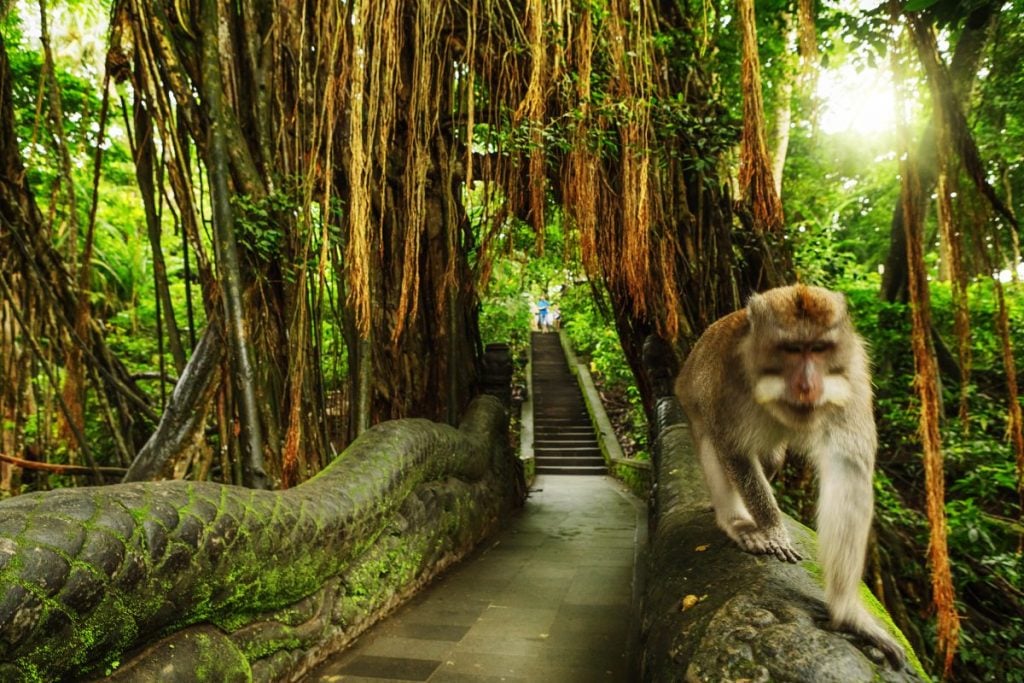