Planning a Trip to Hong Kong? Key Facts to Remember

During the First Opium War in 1842, China's Qing Dynasty lost and ceded Hong Kong to Britain. Many years later, Britain leased the surrounding territories from China. That began a transformation that raised the territory's status to one of the best business cities in the world. When this lease expired in 1997, there was fear that it would lose its autonomy, but Hong Kong has only become more prosperous, literally and figuratively. It's home to more than 60 of the world's billionaires, according to Forbes, and it has become a hub for Asia as well as a gateway for multiple markets.

While it's not an actual country or state, Hong Kong is a separate territory within China. Its full name is Hong Kong Special Administrative Region of the People's Republic of China. It has its own flag and currency, the Hong Kong dollar, and English is one of its two major languages, due to its tenure as a former British colony. As a globally recognized broadcasting and film industry player, censorship doesn't seem to play a role, unlike the rest of China, making it a welcoming destination to business and vacation. 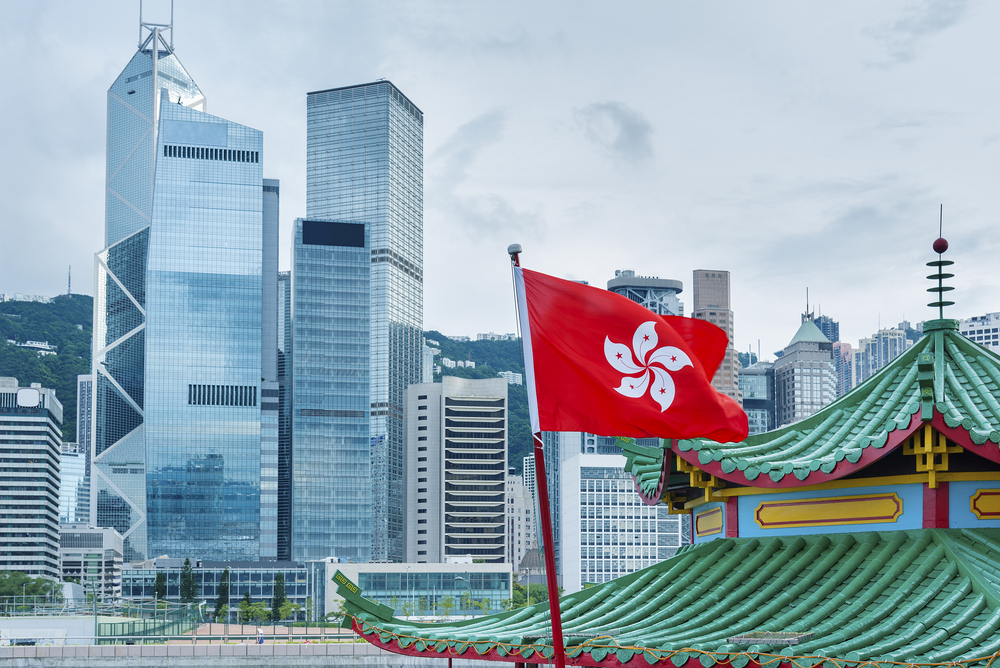 Hong Kong has 263 outlying islands, some of which are worth exploring. Lantau has a population of over 100,000 people and is the largest of all islands. It's a Hong Kong travel destination just like Lamma and Cheung Chau. Peng Chau is a lesser known island destination to visit. It has no motorized traffic and can be traversed by bicycle. Tung Lung Chau is a great destination for campers, hikers, and climbers due to its rock formations, while Ping Chau is a sedimentary rock geopark. 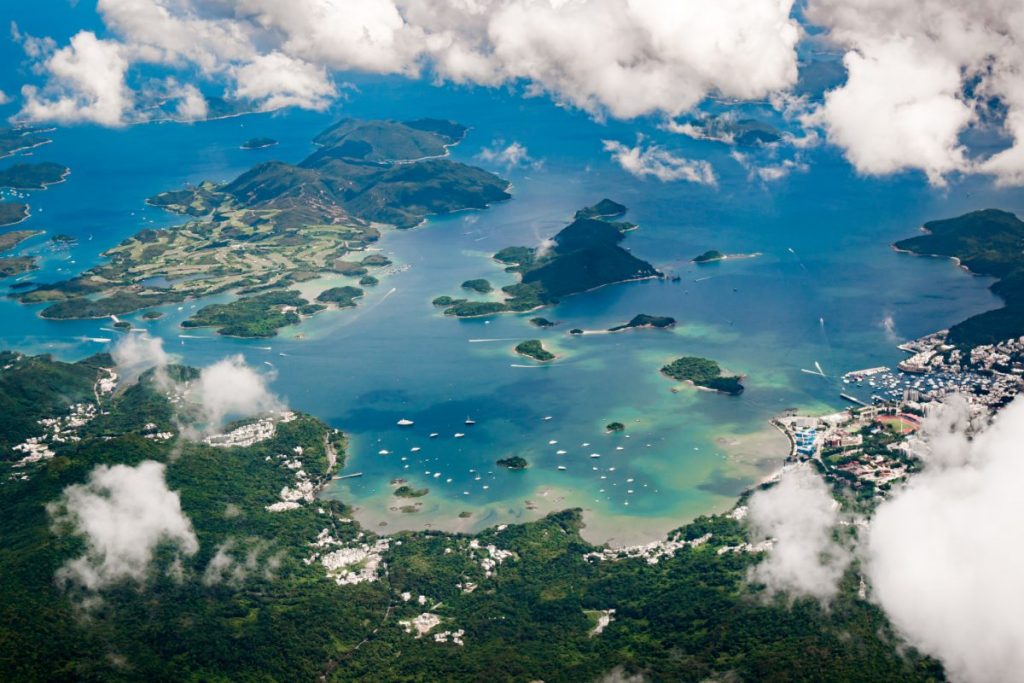 The Peak Tram is a cable tram that travels a curvy route from Garden Road Admiralty to Victoria Peak, the highest hill on the island. First operation began in 1888, and it accommodated three classes of passengers, including animals. These days, this tram offers excellent views of the landscape and the skyscrapers. It has four intermediate stops named in honor of prior Hong Kong officials. 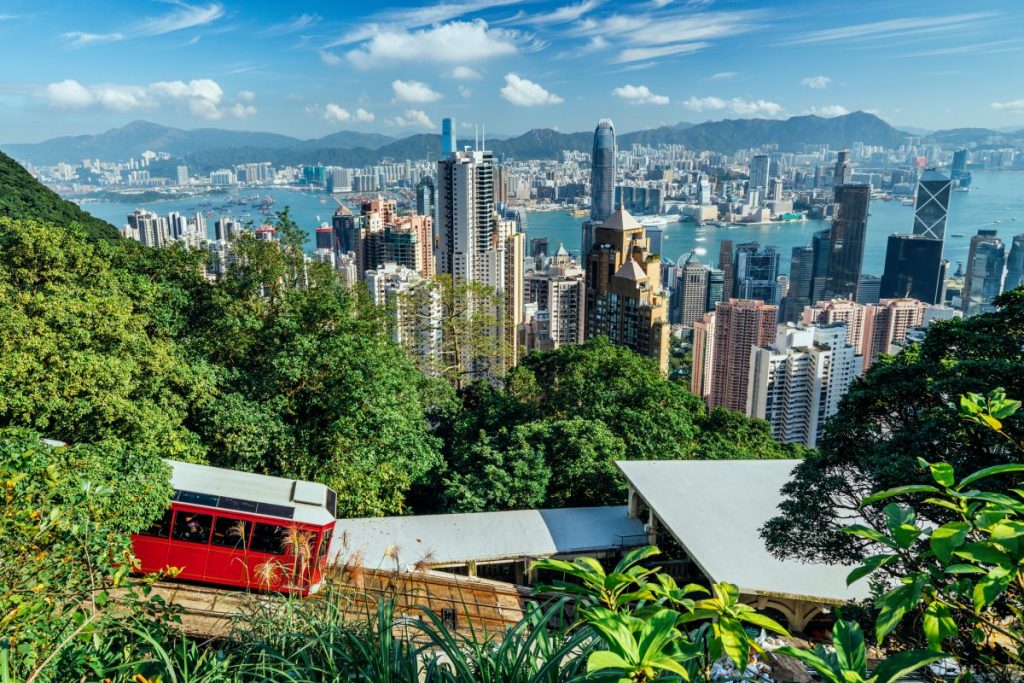 The season for tropical cyclones, known as typhoons, runs from May until November with peak time from July to September. Fortunately, Hong Kong has an effective storm warning system that alerts its residents about the possibility of direct impact, which has rarely happened since 1987. Visitors booking travel during those months need to keep an eye on the local weather information services as well as their hotel information. 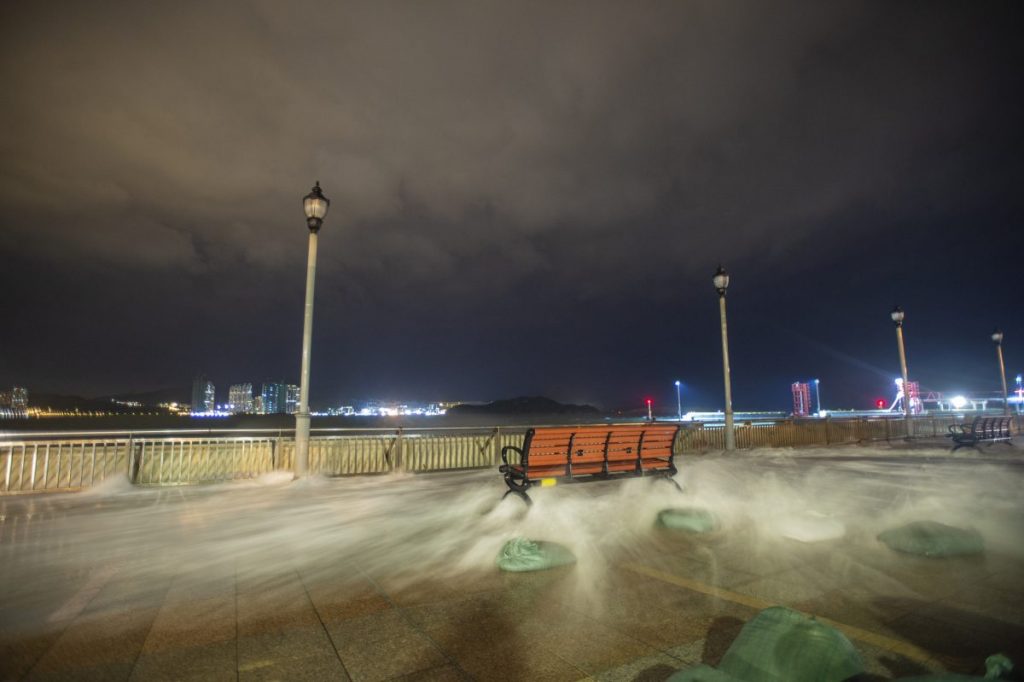 Experts claim that Hong Kong has the highest number of restaurants, and that may not be an exaggeration. Food is an integral part of the culture that's worth its own trip. Dim Sum, which translation to 'touch your heart,' is a good way to start. These are snack-sized portions of dishes served in bamboo steamers that offer just enough of a taste to satisfy. Other famous dishes to try are Fish Balls and Roast Goose. For those with sweeter palates, Sago Mix, a traditional dessert, and Hong Kong-Style Milk Tea are strong favorites. 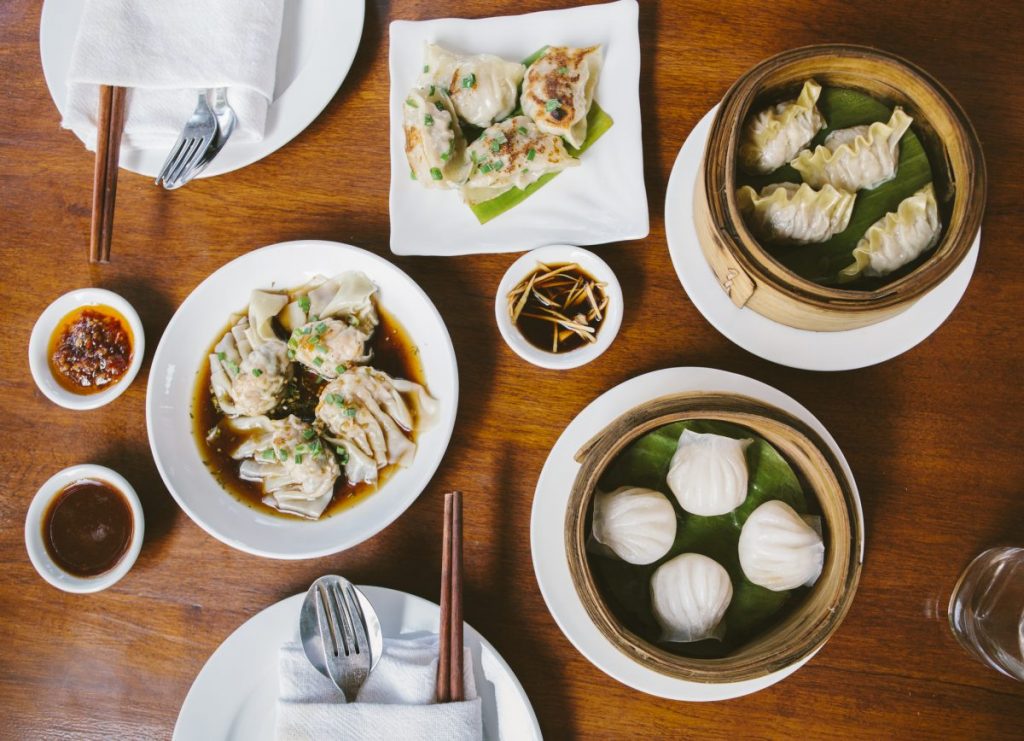 More than 3,000 buildings in Hong Kong can be called skyscrapers, arguably the most in the world. However, these buildings have a special feature that makes them unique to the territory. Most towers are constructed with holes known as dragon gates. According to the spiritual practice of Feng Shui, which is significant in Hong Kong, these gates allow dragons to fly from the mountains to the water unobstructed. Since dragons are seen as good fortune, blocking them can lead to misfortune. 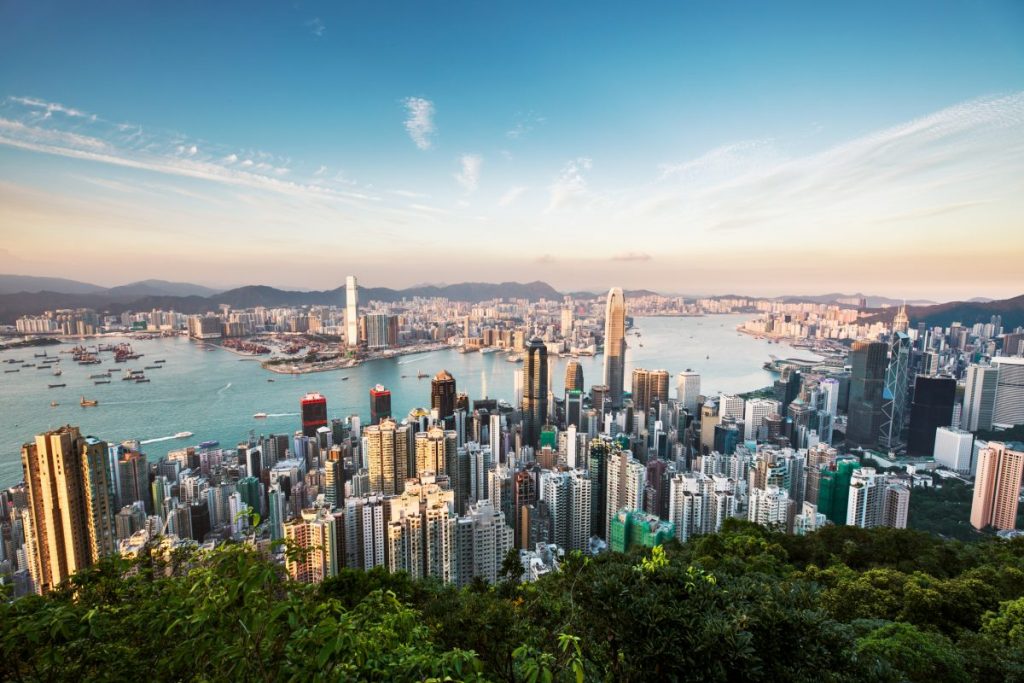 How to Get Around

Boasting one of the most efficient and intelligent transportation systems in the world, visitors and locals can quickly get around via taxi, tram, ferry, subway, or bus. Transportation modes are highly regulated and designed to be accessible to all residents. This is why it's a good idea for visitors to get an Octopus card so that they can move through turnstiles and fare collectors. In addition to transportation, supermarkets and shops also accept the card, and for visitors planning to return, it's reusable. 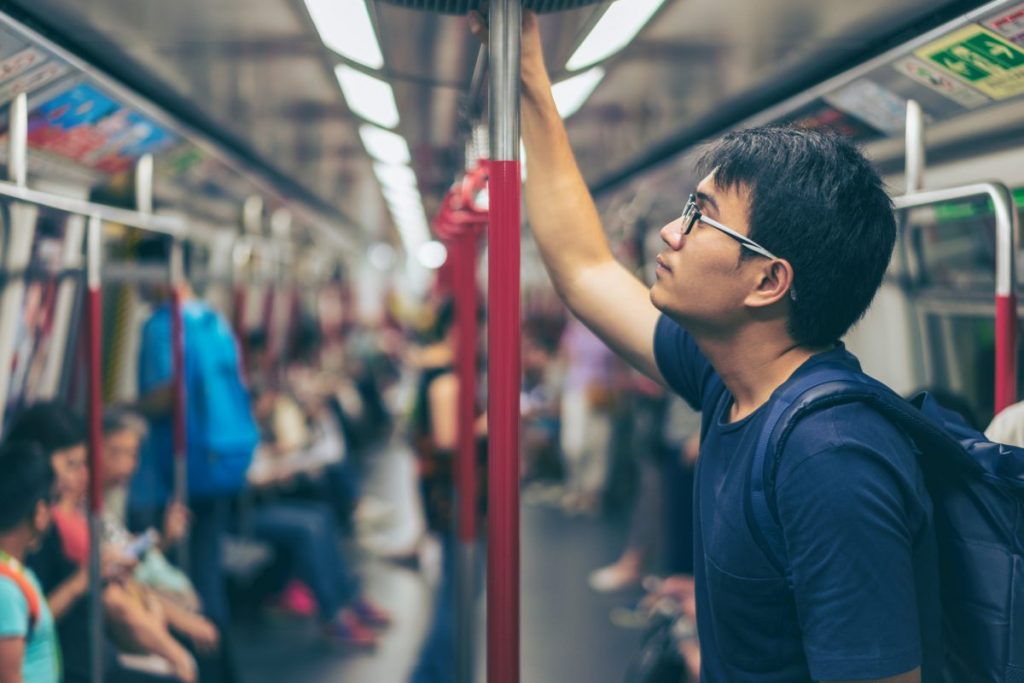 One of the must-see attractions is the Ngong Ping, a cable car that offers a 360-degree viewing experience of Lantau, Hong Kong's largest island. Despite technical problems and Typhoon Prapiroon, the 3.5-mile lift system opened officially on November 9, 2006. It runs between Tung Chung and Ngong Ping stations, with panoramic views of many sites, such as Lantau North Country Park, one of two rural parks on the island, and the Po Lin Monastery, known for the Tian Tan Buddha. 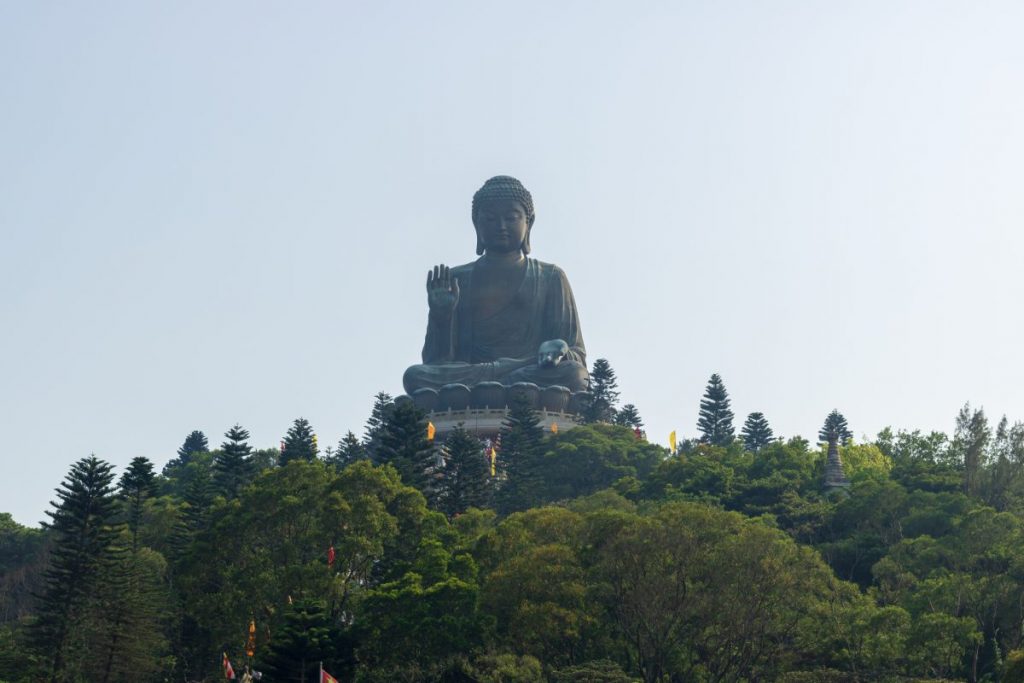 For the most part, anyone traveling through an airport sees it as a bustling transit hub with duty-free shopping opportunities. While Hong Kong International airport is no exception, it's designed to be more. Completed in 1998, HKIA is strategically located to be about five hours flying time from half the world's population, making it one of the busiest airports. Additionally, it's home to a few Michelin-star restaurants, an IMAX theater, as well as exhibitions about Hong Kong's culture. 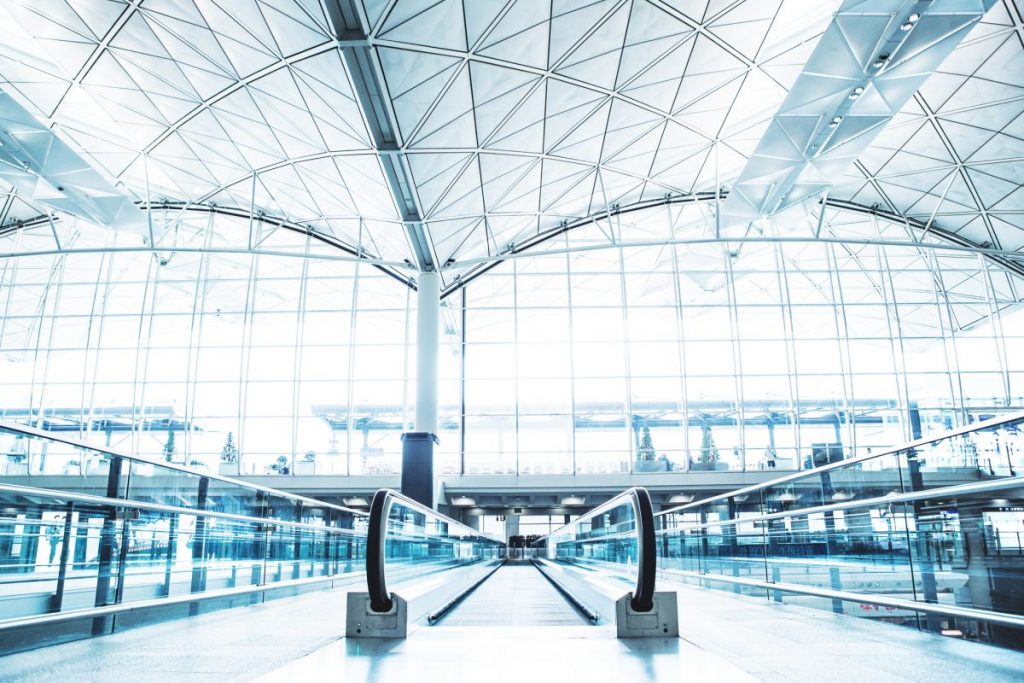 At a span of 4,518 feet, the Tsing Ma bridge is a major piece of the Lantau Link, a roadway linking Honk Kong International Airport to urban areas. This suspension bridge connects the islands of Tsing Yi and Ma Wan. Construction started in 1992, and it was an international effort from the start, with an Anglo-Japanese joint venture winning the construction job, and parts constructed in Dubai, Britain, and Cleveland, Ohio. The bridge was inaugurated by then-Prime Minister Margaret Thatcher in 1997. Since then, it's become a tourist landmark. 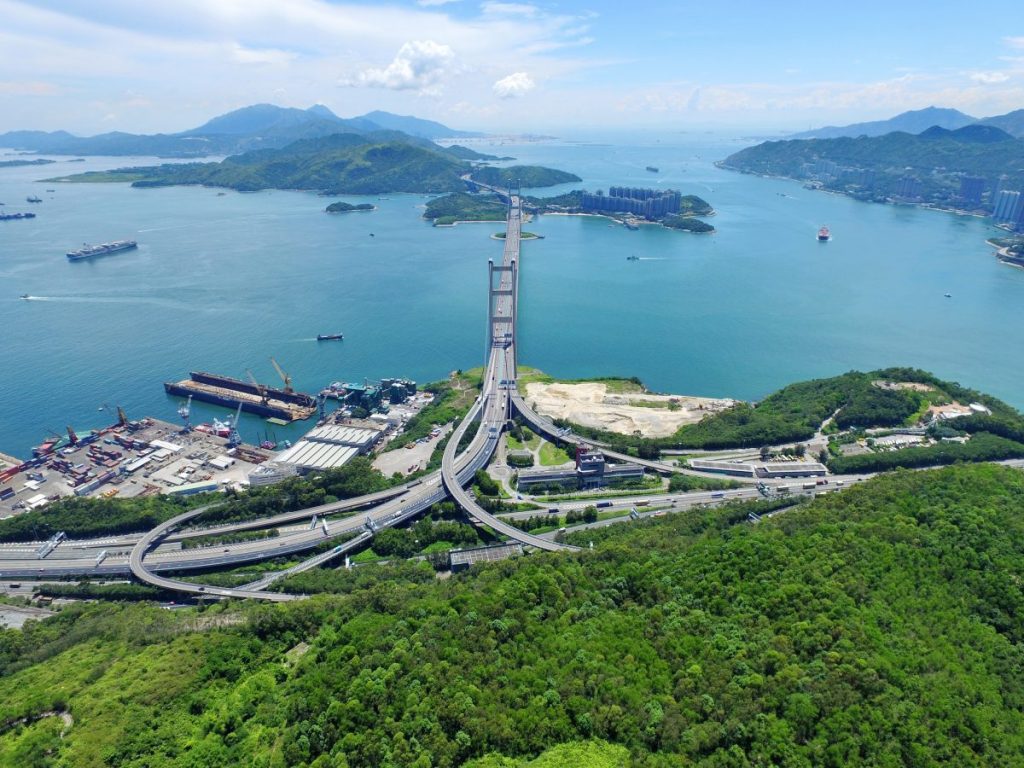