If you're planning a western European vacation and want to add a unique destination, consider a stop in Portugal. With beautiful beaches, delicious cuisine, and citizens who welcome tourists with open arms, it's little wonder that Portugal is rapidly becoming a popular vacation destination. Located on the Iberian peninsula right next to Spain, Portugal is easy to access for American or European travelers and has a reputation for being a family-friendly destination. However, it still feels exotic and exciting thanks to miles of sun-kissed coasts, cobblestone streets, and fairytale castles.

Lisbon, Portugal's capital, is one of the most popular destinations in the country thanks to a beautiful location right on the water, sunny climate, and a charming combination of old and new attractions that provides an excellent introduction to Portugal's culture. Cobblestoned streets and colorful tile abound in the oldest part of the city, the Alfama, but not far away in the Bairro Alto, there's no shortage of modern restaurants and exciting nightlife. Enjoy the best views of the city at São Jorge Castle, a Moorish stronghold dating from the 8th century, and don't miss the Gulbenkian Museum, which features an expansive art collection that has pieces from both ancient cultures like the Egyptian dynasties and contemporary Art Nouveau works. 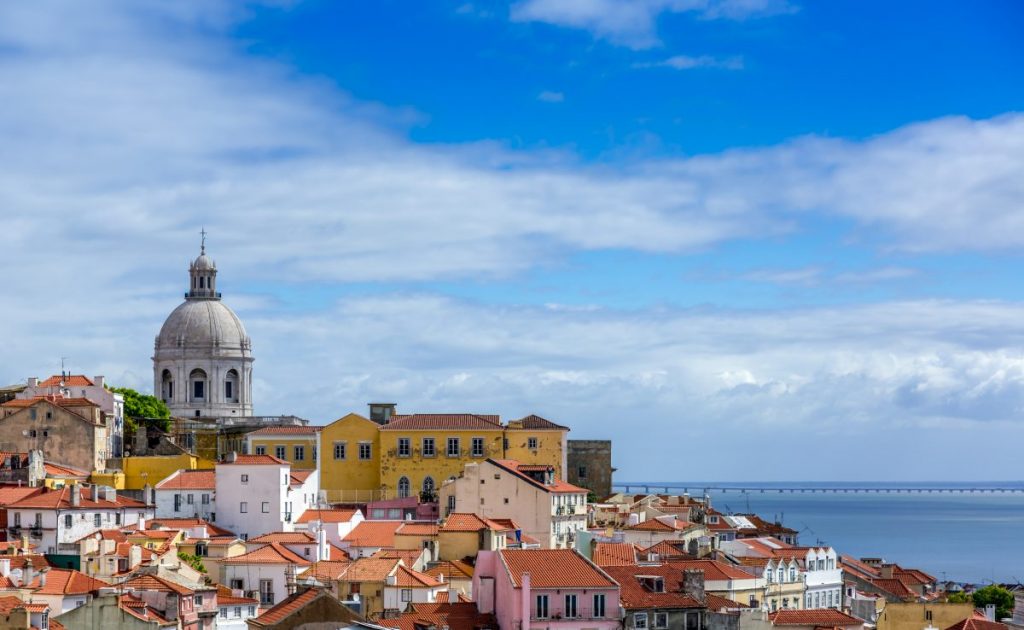 Just fifteen miles from Lisbon lies the beautiful town of Sintra, a UNESCO World Heritage site since 1995 thanks to it's "cultural landscape" which "represents a pioneering approach to Romantic landscaping" that greatly influenced other parts of Europe. Based on that description, it's no surprise that Sintra is a gorgeously landscaped hilltop down favored by Portuguese royalty and other luminaries over the years. Here tourists can enjoy fantasy castles like the Castelo dos Mouros and the Palácio da Pena as well as lush, tropical gardens that provide a pleasant change of pace from the bigger cities. 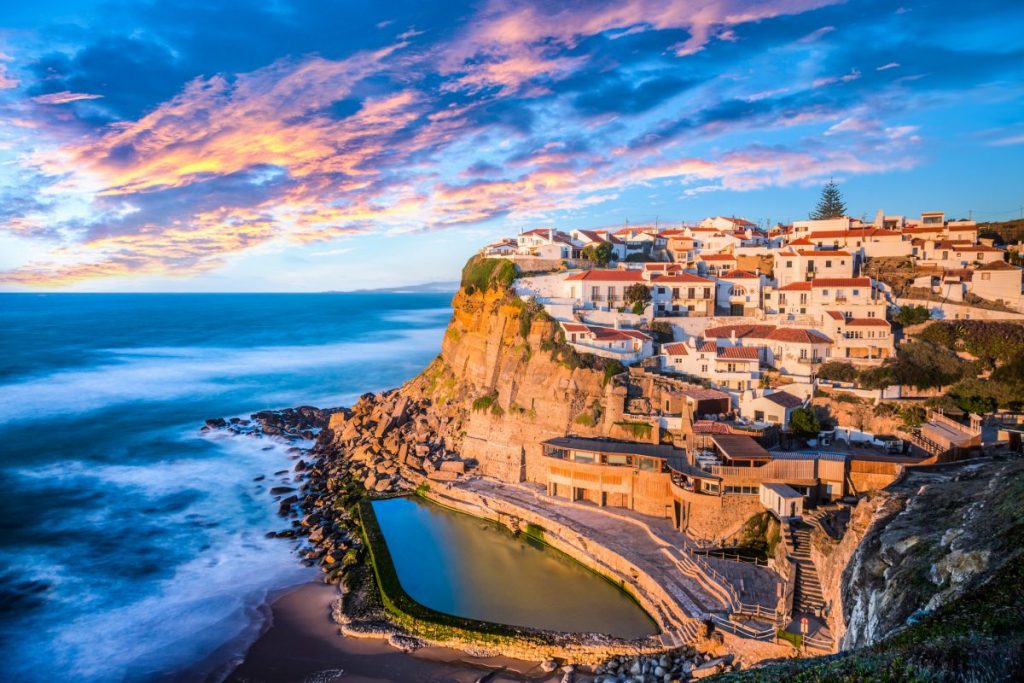 Located in the north of Portugal, Porto is like Lisbon's cooler younger sibling, with a little more edge and a little less polish. Known for its fun music festivals like Primavera Sound, held each June, Porto attracts music-lovers from all over the world who come for their favorite acts but stay for Porto's romantic wine bars, and it's breathtaking riverfront. Harry Potter fans must make sure to visit the famous Livaria Lello bookshop, said to have inspired former Porto resident J.K. Rowling when she was dreaming up the Ollivander Wand Emporium. 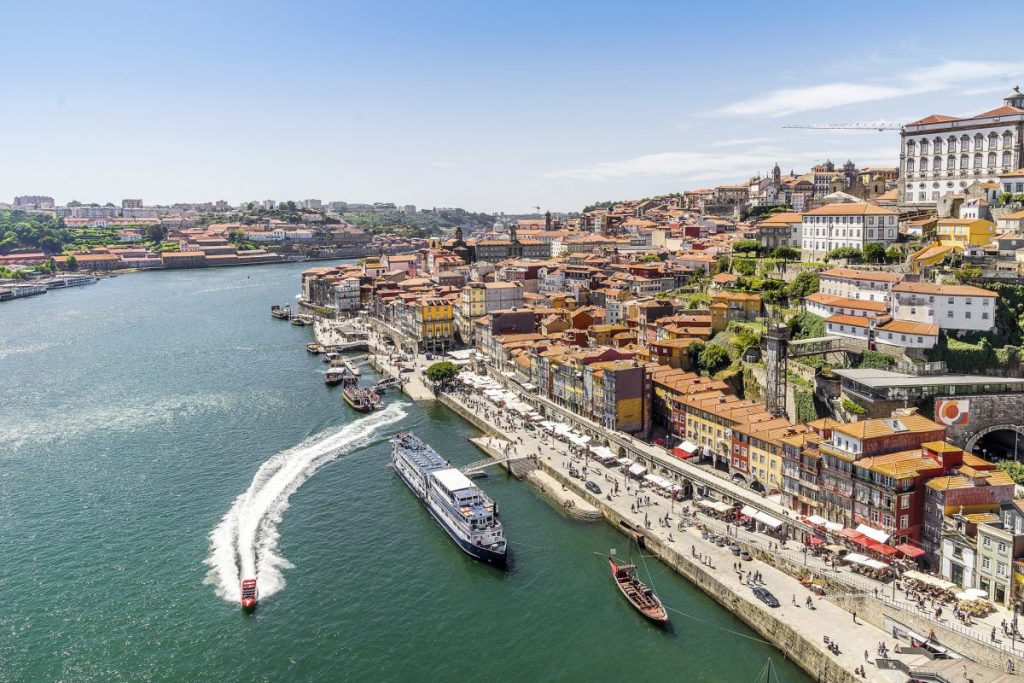 On your trip across the Atlantic, make a stop on your way in the Azores Islands. This amazing archipelago is part of Portugal, but just a short flight from the Eastern U.S. and only two hours from Lisbon. The Azores are a tropical paradise, with gorgeous flowers, tea plantations, and fields of sweet pineapple to greet visitors. Though the Azores are small, there's no shortage of activities. Popular pastimes include boating, kayaking, golfing, diving, and swimming, especially in the natural swimming pools formed by collapsed volcanic craters. 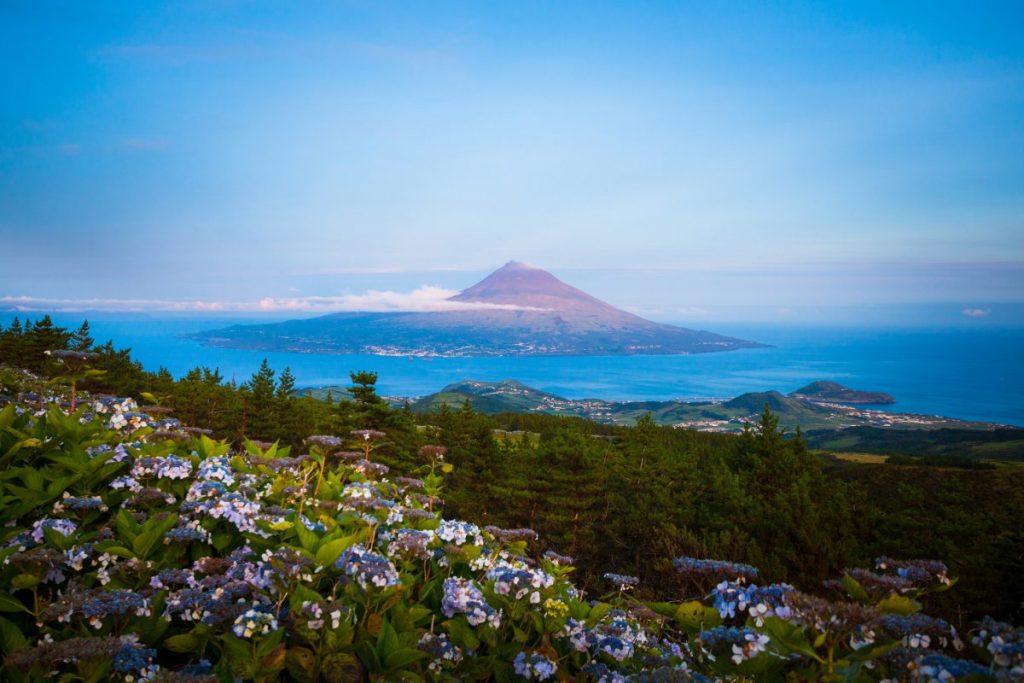 If you're into surfing, a visit to the small fishing village of Nazaréis a Portuguese destination you won't want to miss. Thanks to its location on the Atlantic coast of Portugal, Nazaré boasts huge waves caused by an underwater trench. In 2016, Nazaré began hosting a Big Wave Championship each November. If you're an experienced surfer, join in the action, or simply enjoy watching the daring seaside feats while enjoying ultra-fresh seafood and Nazaré's charming local culture. 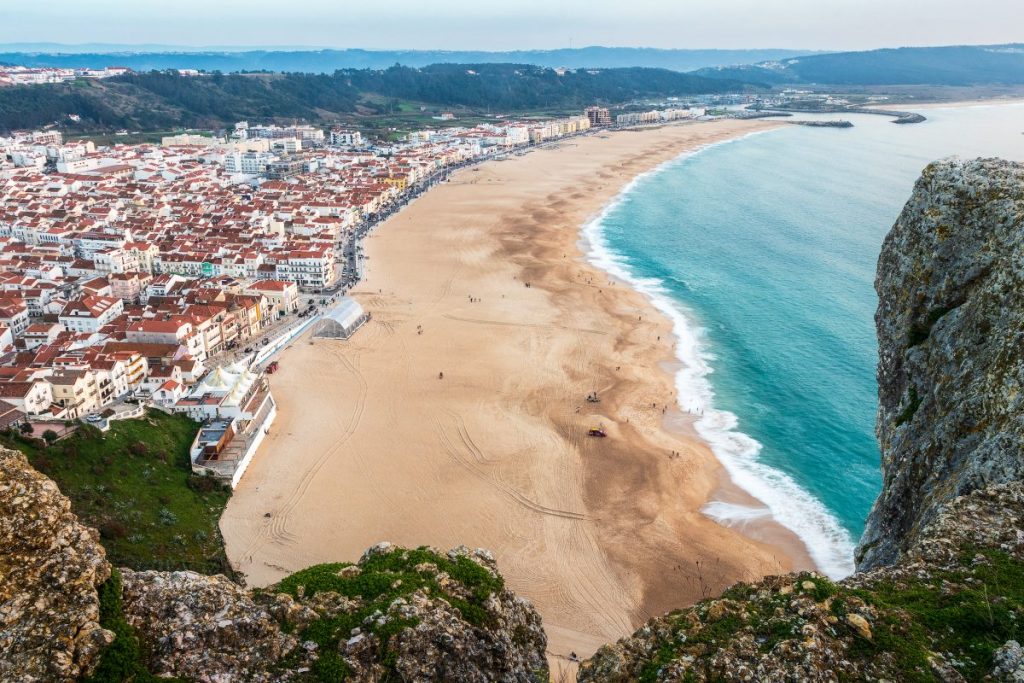 Visit the Alentejo, a large region in southern Portugal, for the chance to become more intimate with the country's culture. Situated between the Rio Tejo and the northern mountains of the Algarve, the Alentejo comes alive with endless wheat fields, cork plantations, and the famous vineyards that make Portuguese wines some of the best in the world. Take a break from the crowds and tour the Alentejo at your own pace, stopping to explore Roman ruins or quiet beaches away from some of Portugal's busier attractions.

Travel about an hour and a half from Porto to reach Portugal's only natural park, Peneda-Gerês National Park, a hidden gem in the northwestern part of the country. Often simply referred to as Gerês, the park is full of botanical surprises, including Portugal's only holly species and the violet Gerês lily, which blooms plentifully here. Observe ancient traditions which are preserved in small villages like Pitões das Júnias and Tourém. You may even encounter exciting wildlife like the roebuck, Iberian wolf, and wild ponies. All of whom make their homes in this verdant preserve. 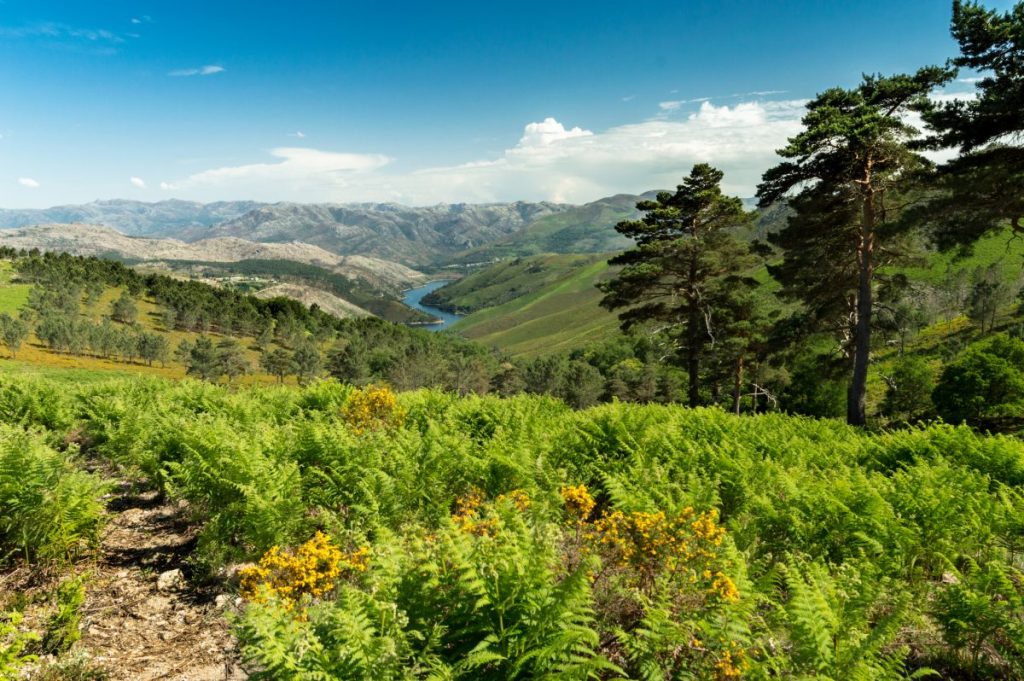 The Algarve is one of the most popular spots for tourists from all over the world. With many of Portugal's most beautiful beaches and a comfortable climate all year long, it's easy to see why. Warm, dry weather provides endless sunny days for frolicking in the sand and exploring the rocky coastline. These ideal temperatures can, unfortunately, lead to some overcrowding during the busiest months of the year. Though it's still possible to find some peaceful spots in some of the smaller villages in the region. In addition to the beaches, the Algarve also offers many culinary delights thanks to eight Michelin-starred restaurants including Vila Joya in Albufeira and São Gabriel in Almancil. 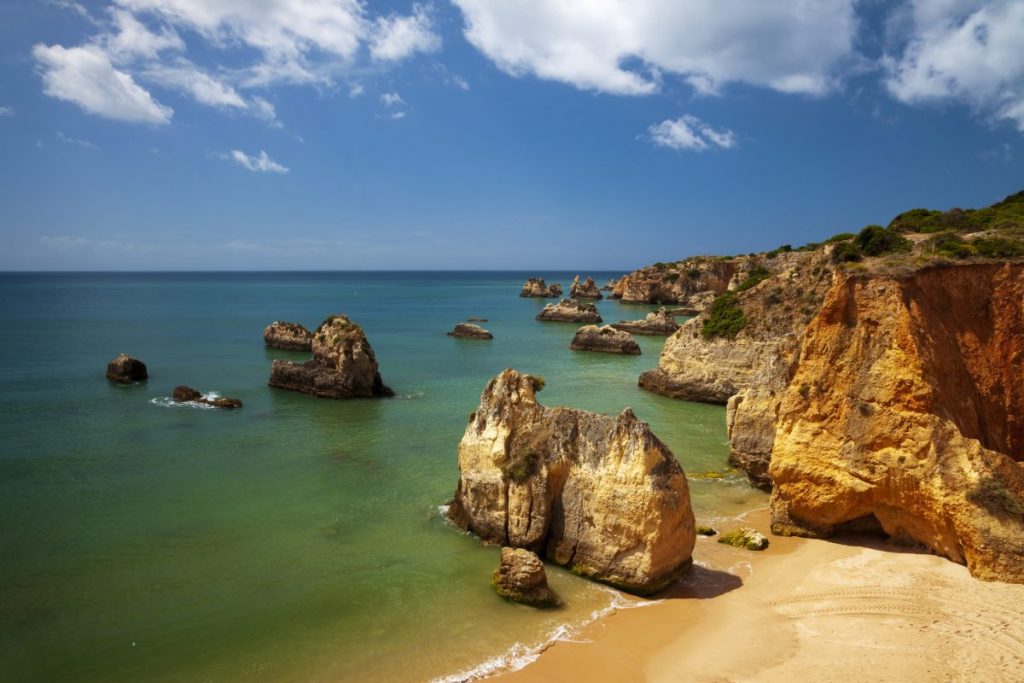 Travel back in time with a visit to Guimarães in northern Portugal. It features a wealth of well-preserved buildings dating from the Middle Ages. These structures helped to earn it a place on the UNESCO World Heritage list in 2001. Examples include the 10th-century Guimarães Castle, which provides amazing views of the city from its hilltop location. Don't forget the Dukes of Bragança Palace, which was built in the early 1400s by the illegitimate son of a Portuguese king. There are also many medieval churches, including the granite-walled São Miguel do Castelo Church, which was built in the 13th century or possibly even earlier. 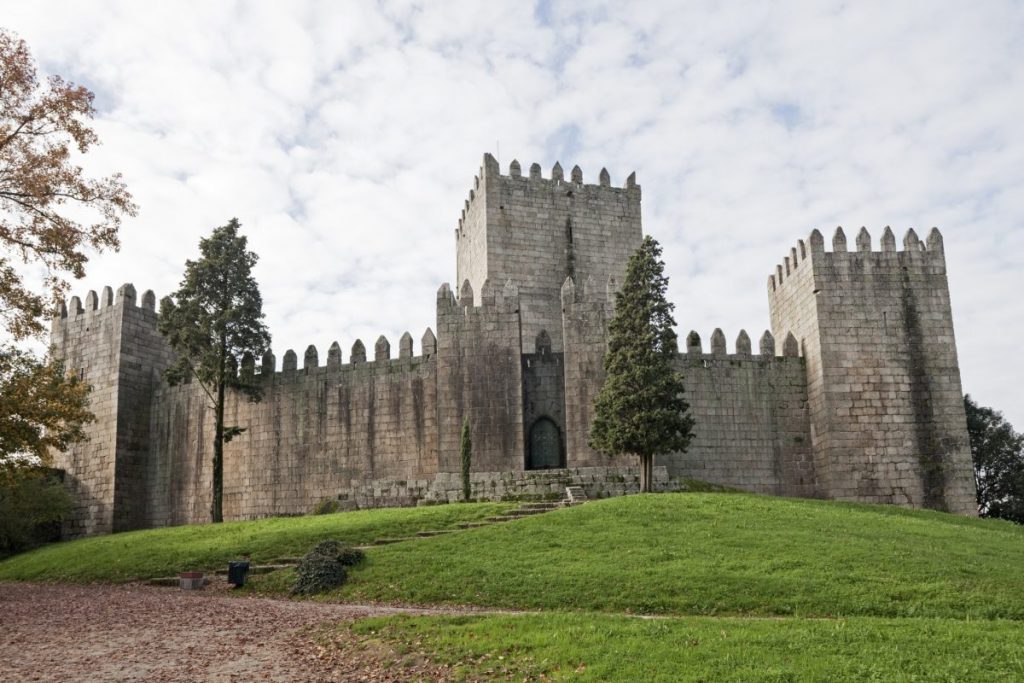 Another UNESCO World Heritage site in Portugal is Évora. This town in central Portugal can trace its roots back more than 5,000 years. Start your day at the Évora museum to learn more about the town's past before heading out to explore the sights in person. You can hike alongside medieval city walls, visit a Roman temple dating from the 1st century AD. Be ready to get the shivers in the Capela dos Ossos, a creepy chapel from the 16th century whose walls are studded with skulls and bones. 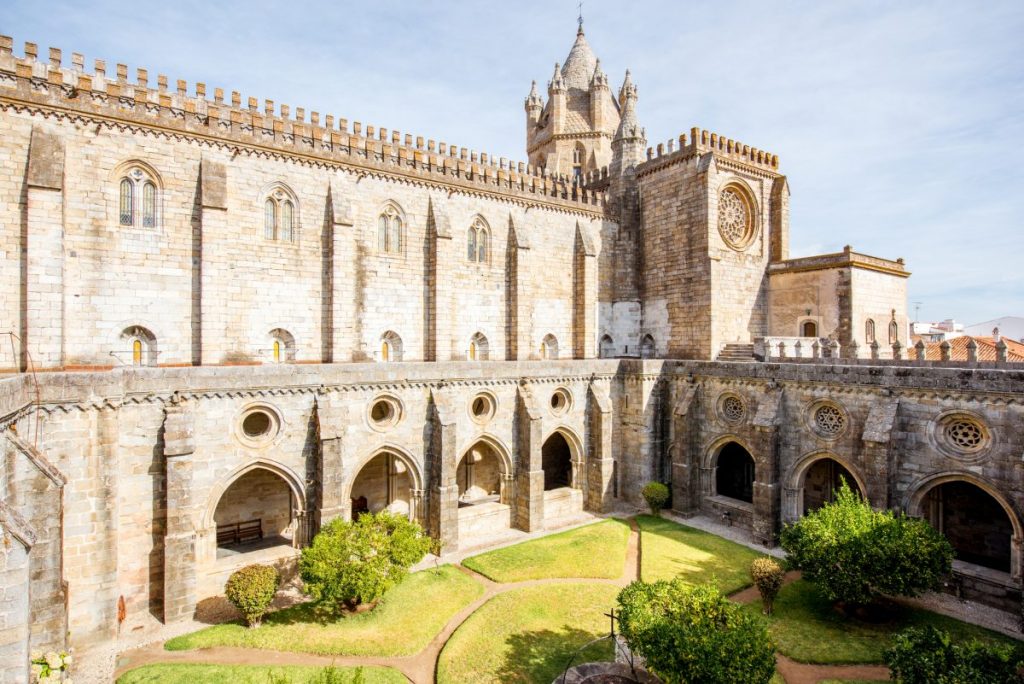