Shanghai, China is one of the top spots in the world to visit. With its expansive size and history, the hardest part of traveling this bustling city is choosing what to see during your trip. Originally a small fishing village under the Yuan Dynasty in 1292, Shanghai has become one of the largest and most densely populated cities in the world. Some of the must-see destinations are the numerous temples, museums, sprawling gardens, and of course, China's own Disney Resort.

Take a Stroll on the Bund Promenade

The Bund Promenade is nearly a one-mile long walkway along the Huangpu River that is a vital part of Shanghai's history. It's also one of the most popular destinations for tourists and residents. Some of the sites you'll see on the promenade include the Broadway mansions, the Bank of China, Union Church, and the Meteorological Signal Tower.

Across from the promenade, guests get a fantastic view of modern skyscrapers that line the opposite shoreline. 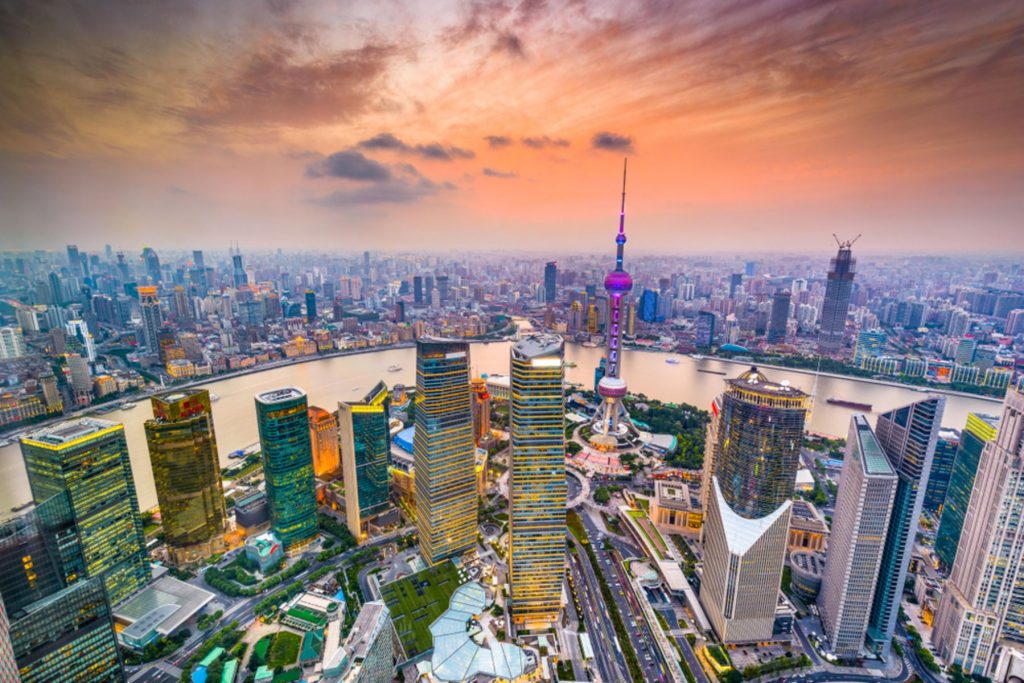 Worship at the Jade Buddha Temple

The Jade Buddha Temple was built in 1882 under the direction of the Qing Dynasty and sits in Downtown Shanghai. With Song-dynasty-style architecture, the house of worship is a must-see for visitors. Inside you'll find three main areas to explore. The Hall of Heavenly Kings is two-floors and includes a few impressive statues such as the smiling Maitreya Buddha. The second building is the Daxiong Grand Hall that features three holy Buddhas, and the third area is the Jade Buddha Chamber that holds the principal attraction of the temple, the nearly 2 meters high Jade Buddha. 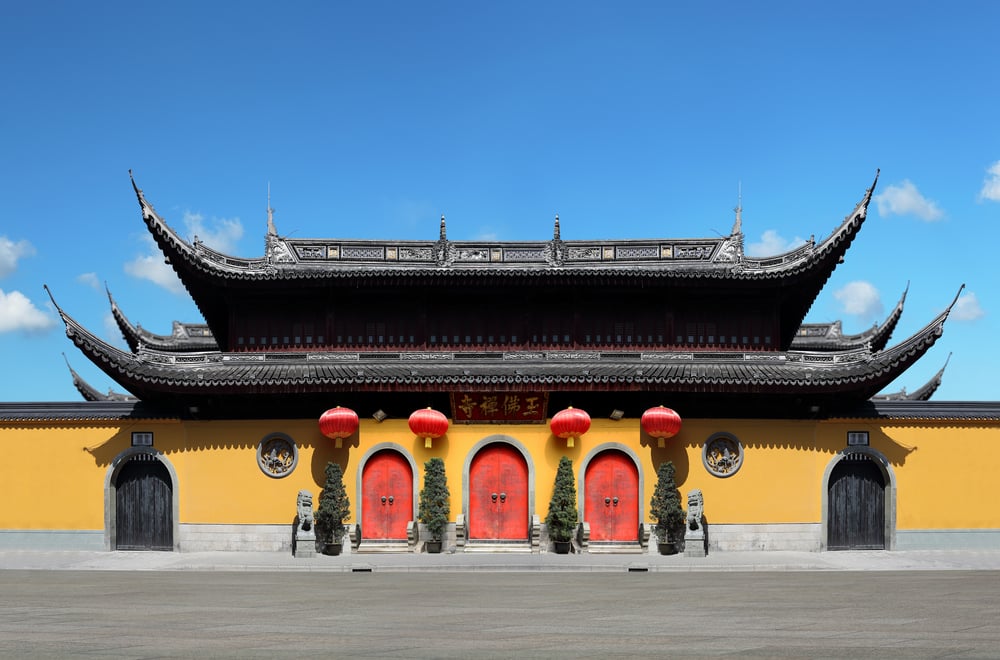 The old city or Huangpu District covers a large area of Shanghai with architecture from the Ming dynasty that ruled China from 1368 to 1644. Visitors should take at least a day to explore this section of the city. Top places to see include the Yuyuan Gardens and Bazaar, the Taoist Temple of the Town God, and the Dajing Pavilion. Another popular choice is the Cool Docks that have several high-profile restaurants with top quality dining along the Huangpu River. 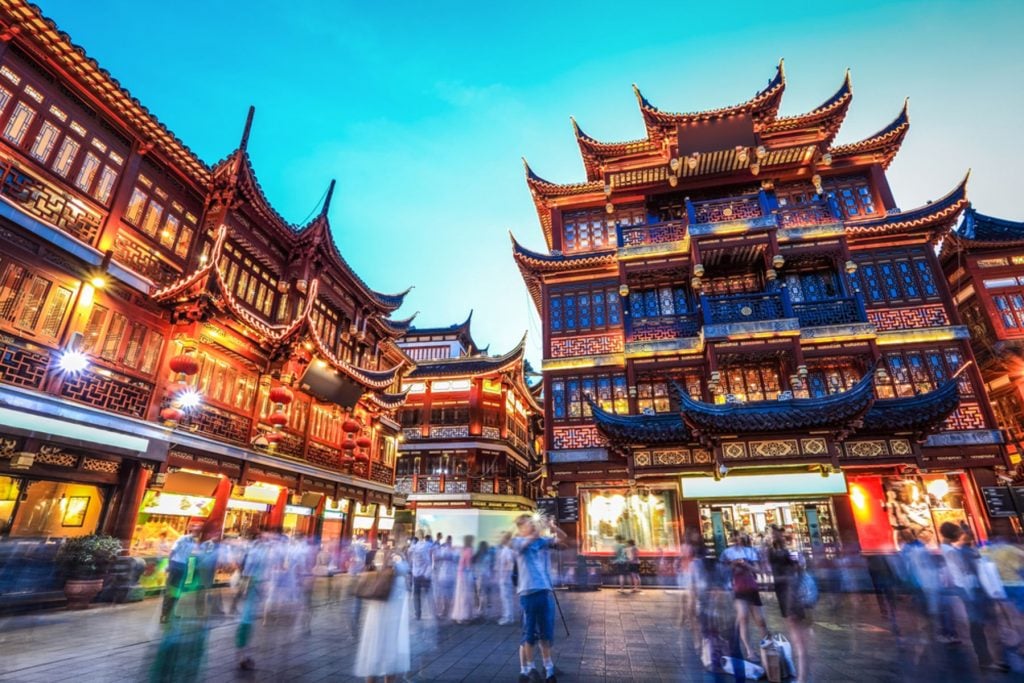 Sitting in the People's Square, the Shanghai Museum contains an extensive collection of ancient Chinese art. Inside the four-floor circular building, visitors can tour 11 galleries and three large exhibition halls. The exhibits include ancient sculptures, ancient bronze, calligraphy, coins, official state seals, and furniture from the Ming and Qing Dynasties. 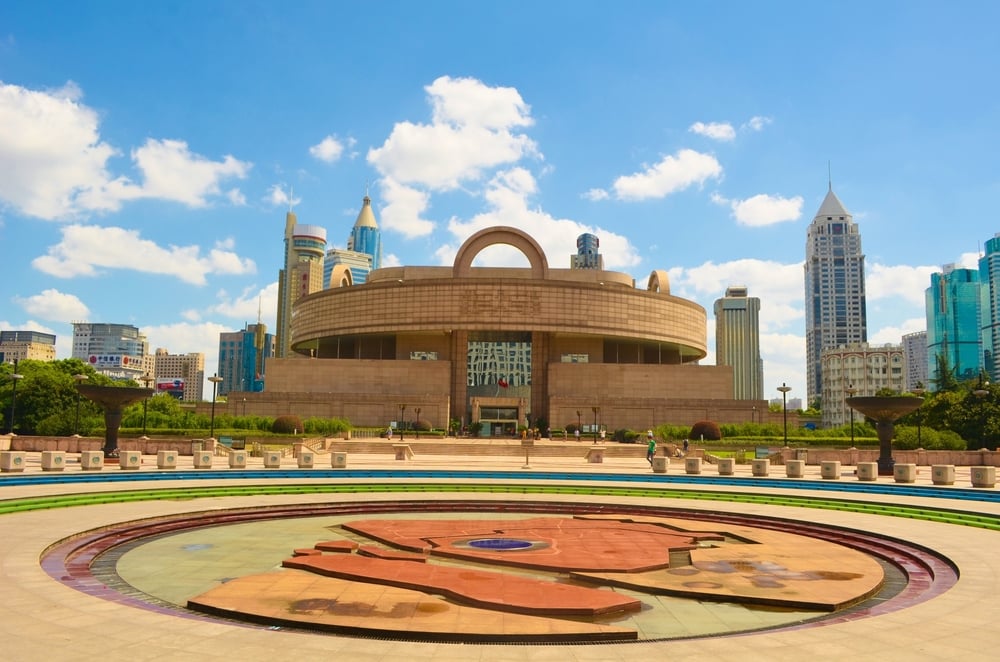 Located in Shanghai's old city are the Yuyuan Gardens and bazaar. Also known as Yu Garden, it's a popular destination that's over 400 years old. Inside you'll find five acres of perfectly groomed classical gardens, carvings, rockeries, and the Yuyuan Bazaar. For a peaceful experience in a bustling city, spend some time in the Cuixiu Hall, which is a tranquil spot at the foot of the Great Rockery. For a great shopping experience, stroll through the traditional bazaar for different crafts, jewels, and food and get ready to haggle with the shopkeepers over the price. 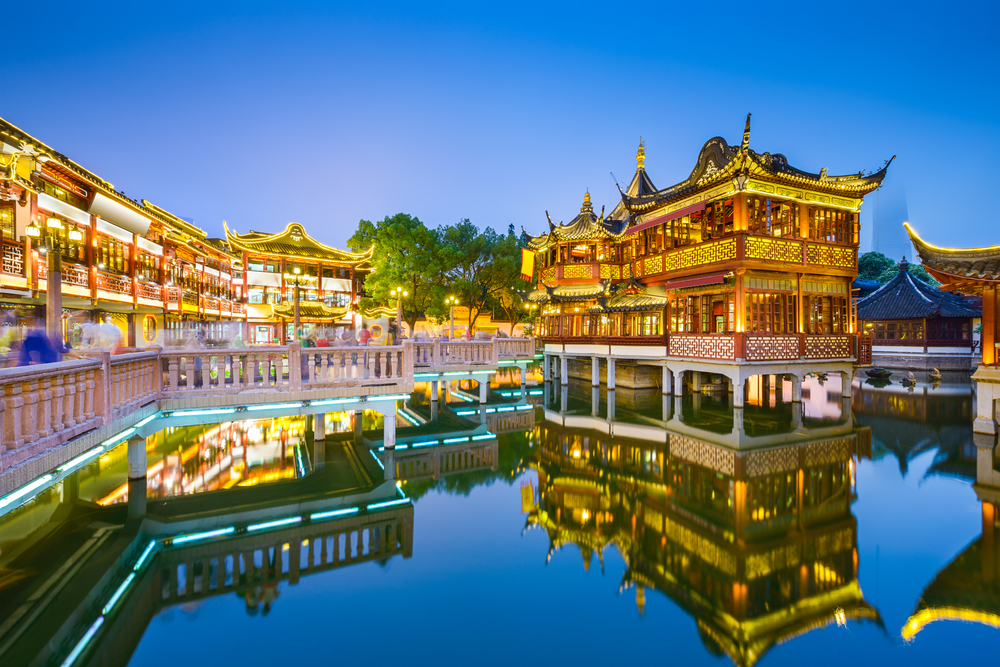 There are traditional and modern destinations in Shanghai. One of the more popular modern locations is the Oriental Pearl TV Tower. Completed in 1995, the tower stands 1,536-feet tall and offers several activities including a full observation deck at the top of the uniquely shaped building. Use the double-decker elevators to explore the different floors including a recreational palace with a revolving restaurant, a museum, several lounges, a video arcade, and an incredible, indoor rollercoaster. 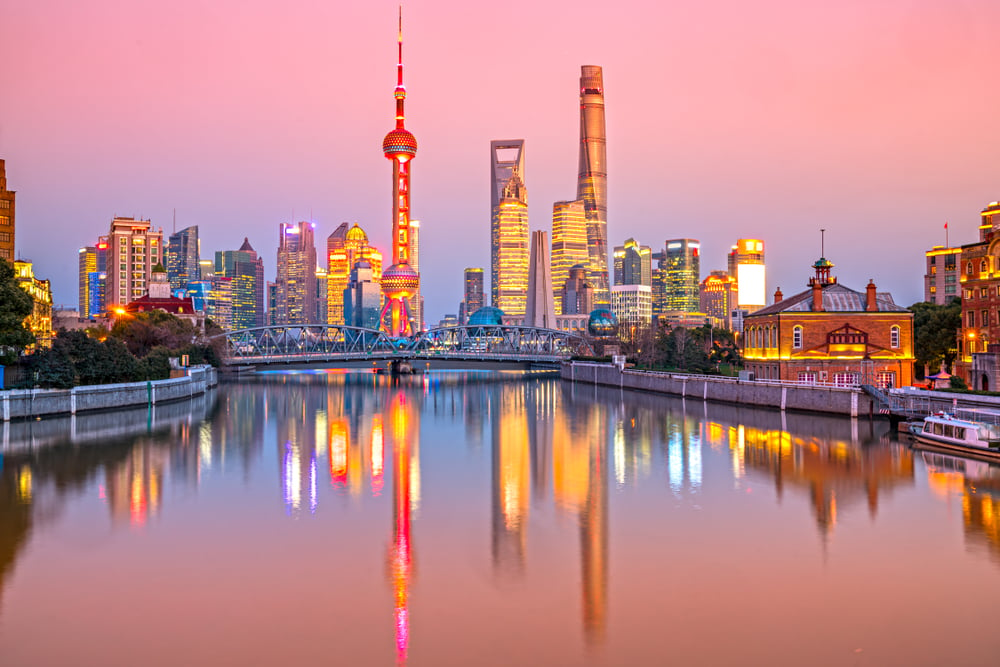 Yes, you can visit Disneyworld in China. The busy destination opened in 2016 and features several sections. Visitors can enjoy several amazing gardens with Chinese Zodiac Murals that makes an excellent spot for selfies with your zodiac sign. The Gardens of Imagination also has a great view of the Disney Castle's Stage with nightly shows and for amusement, take a ride on the Roaring Rapids. Other sections of the park include Treasure Cove, a pirate-themed area complete with two giant ships. Visitors can also enjoy Fantasyland, Tomorrowland, and a section dedicated to Disney Pixar's Toy Story. 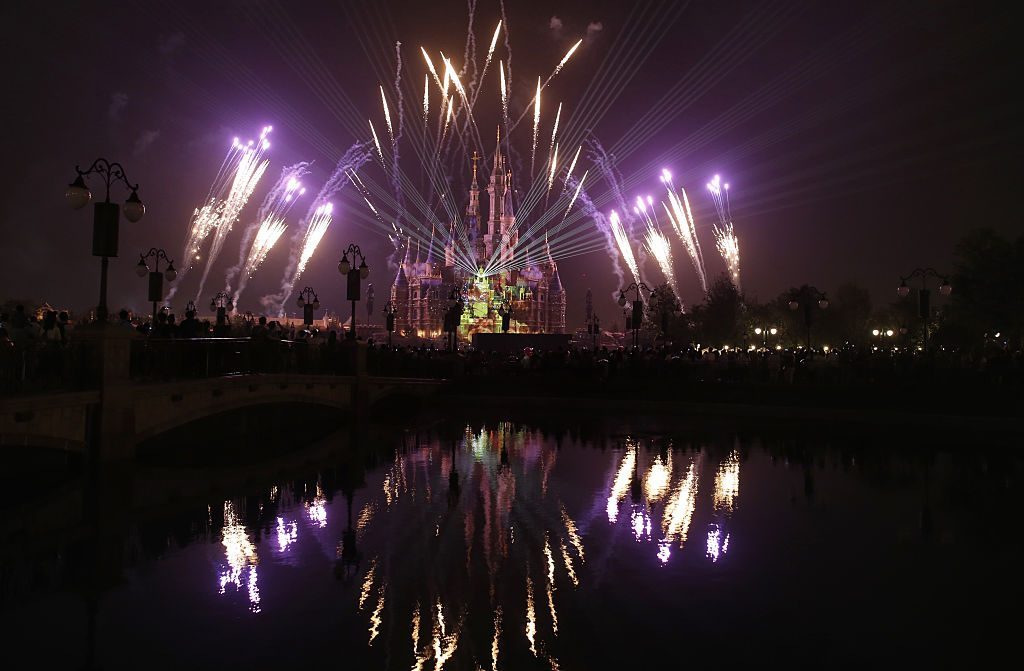 Although there are many places of worship in Shanghai, the Longhua Temple is the largest. The property has five buildings including the seven-story pagoda with carved-wood staircases. Historians don't know how old the temple actually is, but, believe parts of it were first built in the year 977. One of the top locations inside the compound is the third hall or Daxiong Baodian with a large, golden Buddha statue and 500 tiny gold statues sitting in rows. 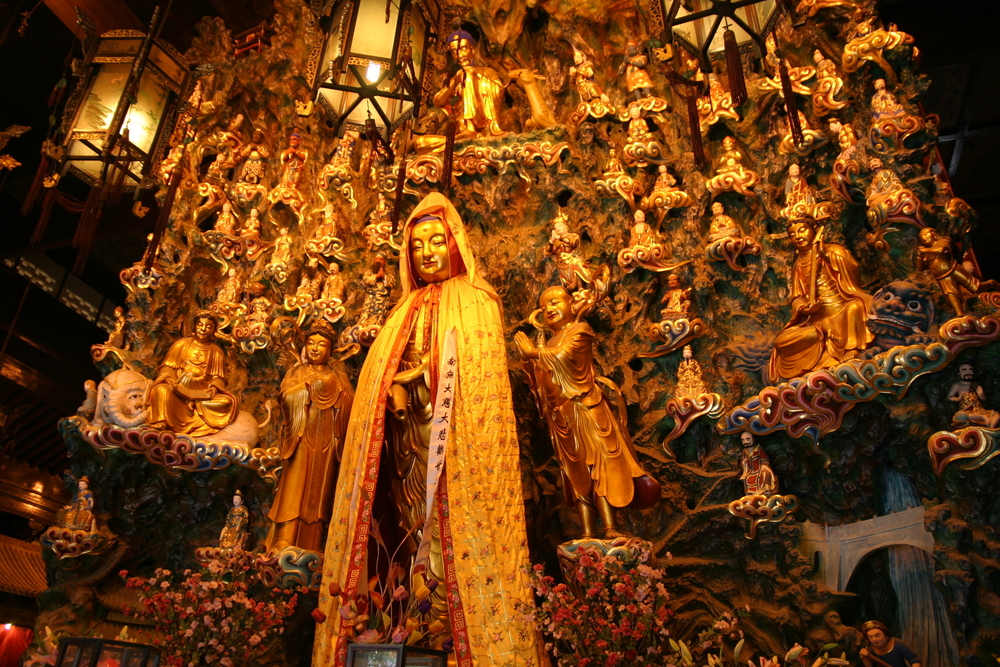 Situated in the financial district, the Shanghai Ocean Aquarium has the longest submarine viewing tunnel in the world. It contains more than 15,000 animals that live in the water including sea dragons, poison dart frogs, and emperor penguins. It's also home to some of China's local, endangered aquatic creatures such as the giant salamander, Yangtze alligator, and Chinese sturgeon. With such a large facility, it's good to know you won't need to leave to grab a bite to eat. The aquarium houses a full restaurant that can seat up to 300 people. 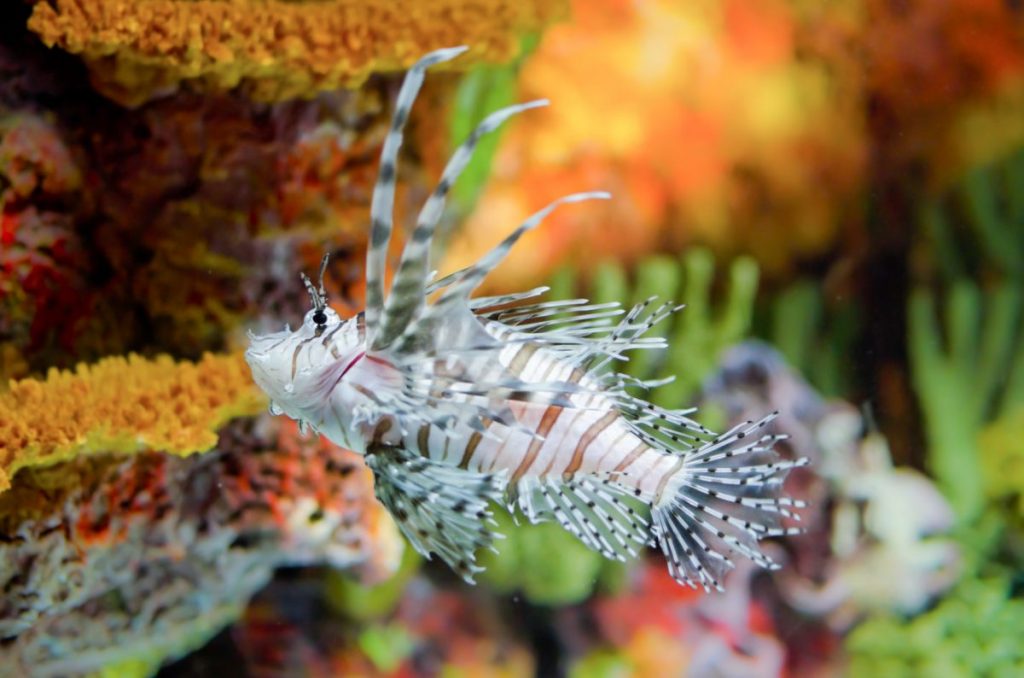 Go on a High-Speed Train Ride

Don't leave Shanghai without riding on one of China's famous high-speed trains. The bullet train can take passengers between Shanghai and Beijing at a top speed of 217 mph, traveling nearly 820 miles in 4.5 hours. The metro station runs 42 trains daily and is the fastest rail system in the world. Different services on the cars include several classes of travel including superior, sleep, and deluxe sleep. 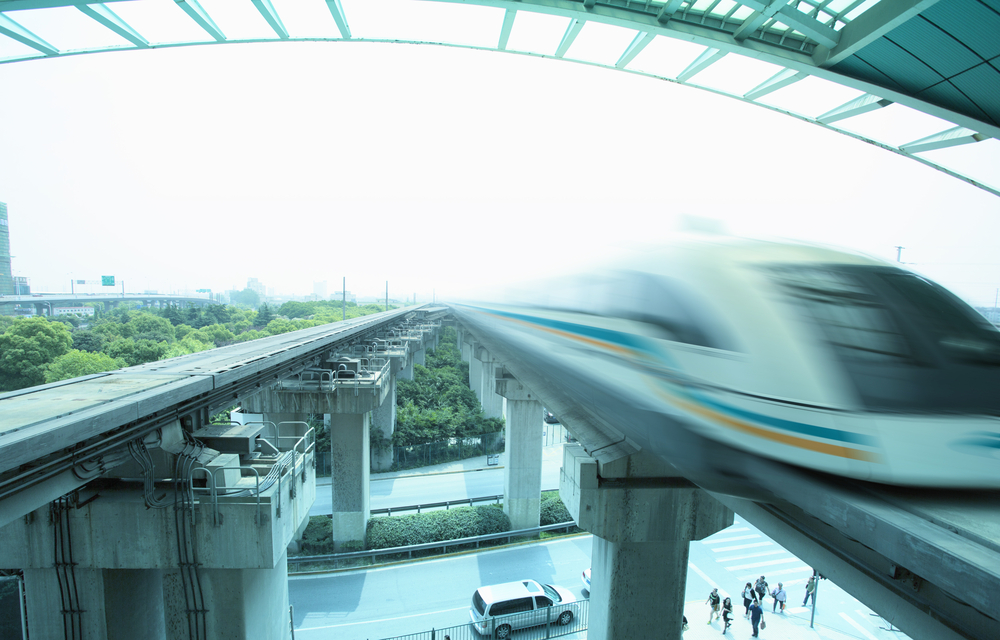