Influenced by multiple cultures, including the Carthaginians, Romans, and Vandals, the history of Algeria is as fertile as its coastal plains. Over the centuries, there have been many rulers of Algeria. Its capital, Algiers, has the distinction of being the center of the Barbery slave trade during the Ottoman Empire. After a brutal war, Algeria became an independent nation in 1962. Algerian music, cuisine, food, and art make it a distinctive part of Africa with a lot of history and heritage to explore.

Overlooking the Bay of Algiers, the Basilique Notre-Dame d'Afrique was founded by Charles Lavigerie, archbishop of Carthage and Algiers and took fourteen years to build. After being inaugurated in 1872, this Neo-Byzantine basilica, which sits on a 400-foot cliff, was accessible via cable car. It has almost fifty stained glass windows that have been replaced and restored at least twice since the 1940s. The apsis on this landmark helps best describe its significance: Our Lady of Africa, pray for us and for the Muslims. 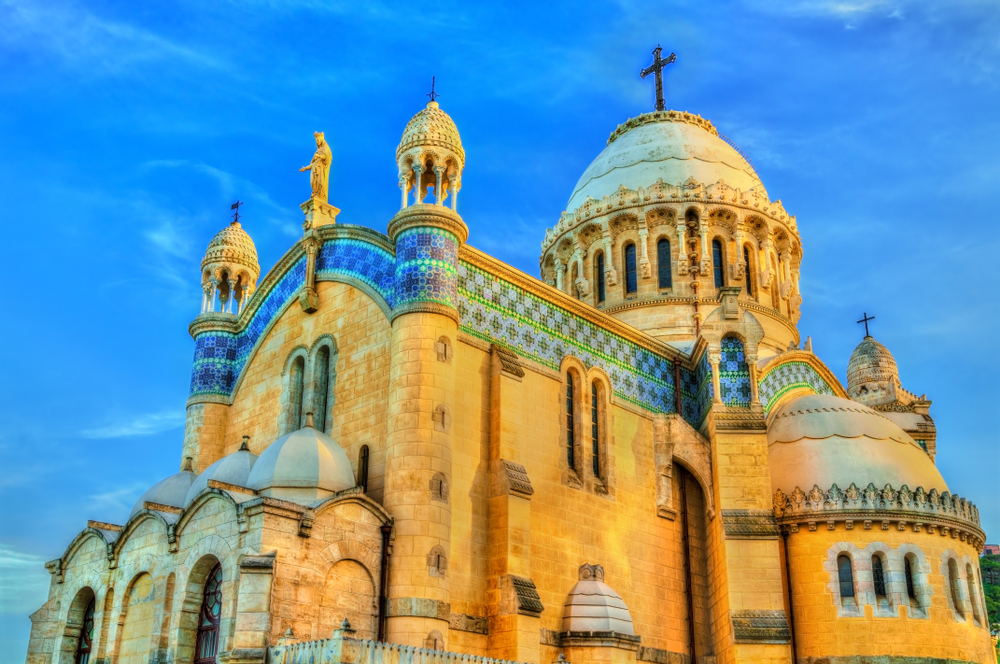