Not every traveler to Japan will make it to Tokushima Prefecture on the island of Shikoku. They may find themselves lured rather to the more famous attractions of Tokyo, Kyoto, and Osaka. While these visitor favorites have their undeniable charms, those wanting to experience more of Japan’s rich cultural offerings, as well as its natural beauty, should consider extending their itinerary. Steeped in history and tradition and boasting some of the wildest and most pristine regions in all of Japan, Tokushima is a must-see.

Where to find it

Accessible by road, rail, and air, Tokushima Prefecture is located on the eastern side of Shikoku, southwestern Japan, and is connected to the mainland by the Akashi-Kaikyo and Naruto Bridges. For first time travelers, a guide or pre-arranged tour is the best way to experience everything Tokushima has to offer. 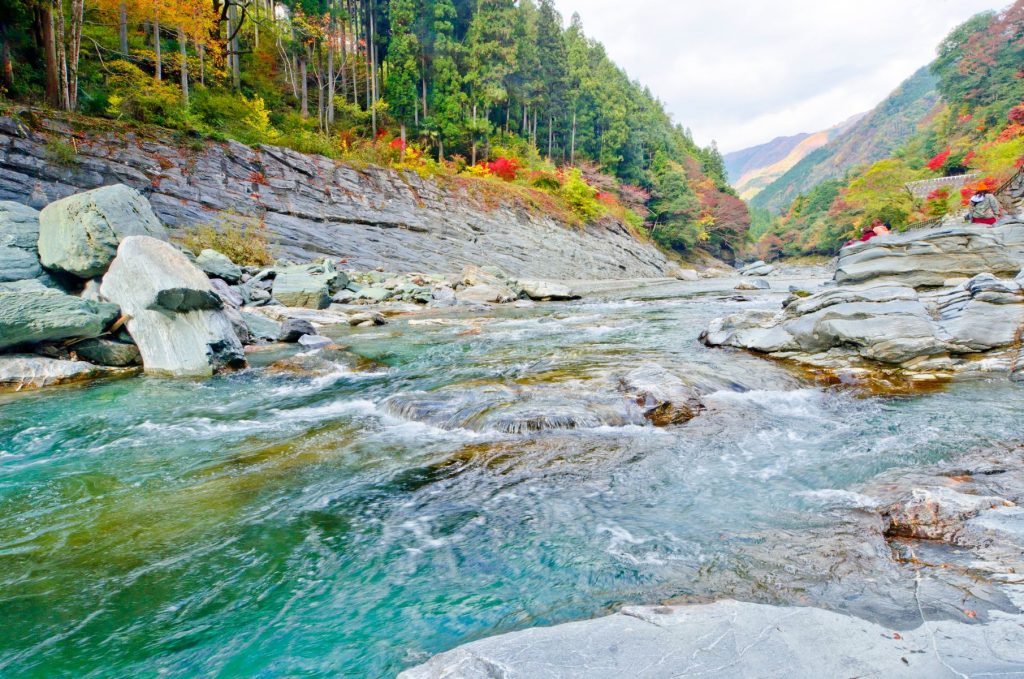 What better way to begin your exploration of Japanese culture than seeing some traditional puppet theater? Awa Jurobe Yashiki offers performances twice daily of their Awa Ningyo Jururi show, a uniquely Japanese form of entertainment where three performers work together to operate each puppet, achieving extremely complex and lifelike movement. With a narrator and musical accompaniment, appreciate the artistry and precision before exploring the museum to learn more. 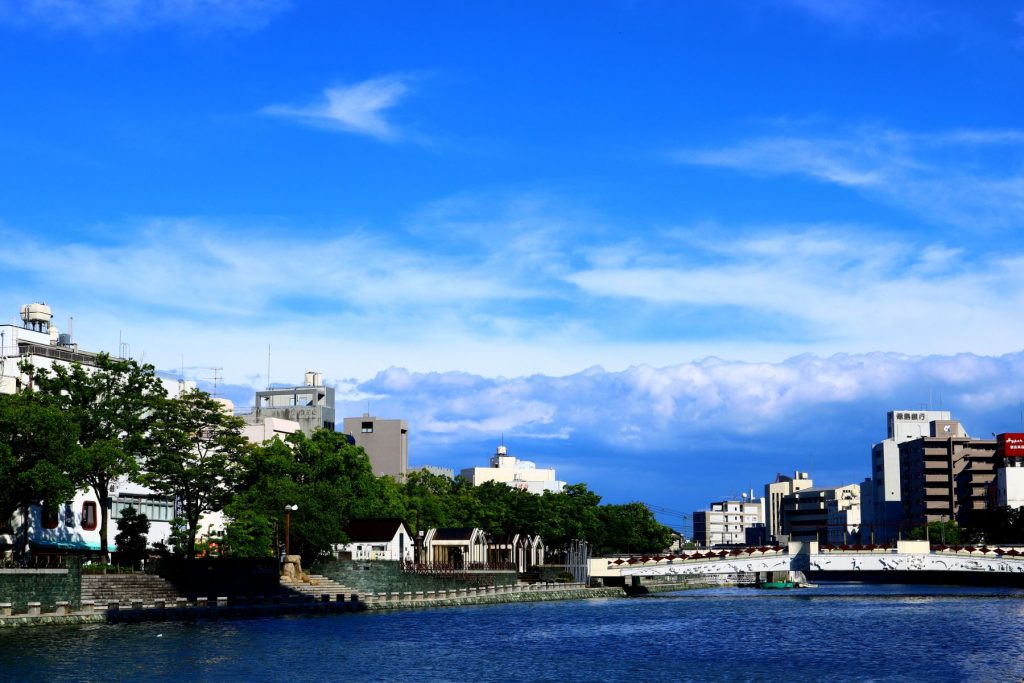 For those seeking a taste of wild Japan, the Iya Valley will not disappoint. An area of deep, stony gorges, hot springs, and dense, unspoiled forest, this isolated and mountainous valley is in the west of the Prefecture. As well as its natural bounty, visitors come here to see the famous Vine Bridges, of which three well-preserved specimens remain. Built from Actinidia arguta vines and harvested only during the winter, local villagers have kept these bridges standing since the days when their ancestors first relied on them for transport. 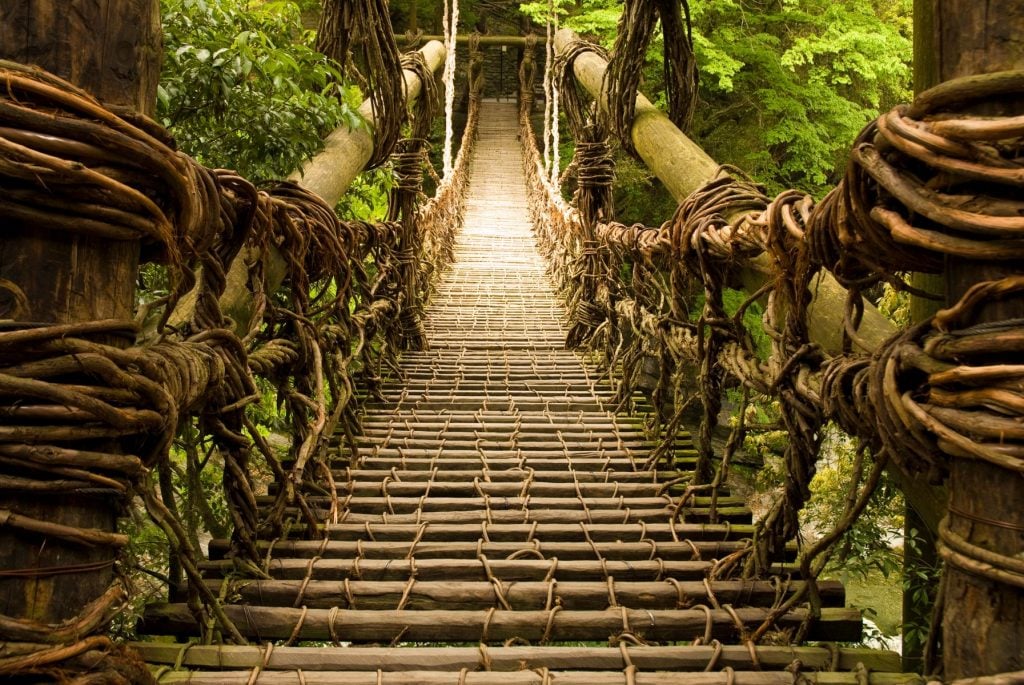 Tokushima is the traditional starting point for the 88 temple pilgrimage, a journey that once took over two months on foot and was inspired by Kobo Daishi, founder of Shingon Buddhism. The pilgrimage circumnavigates Shikoku, and the first 23 temples are located in Tokushima Prefecture, beginning with the temple of Ryozenji. 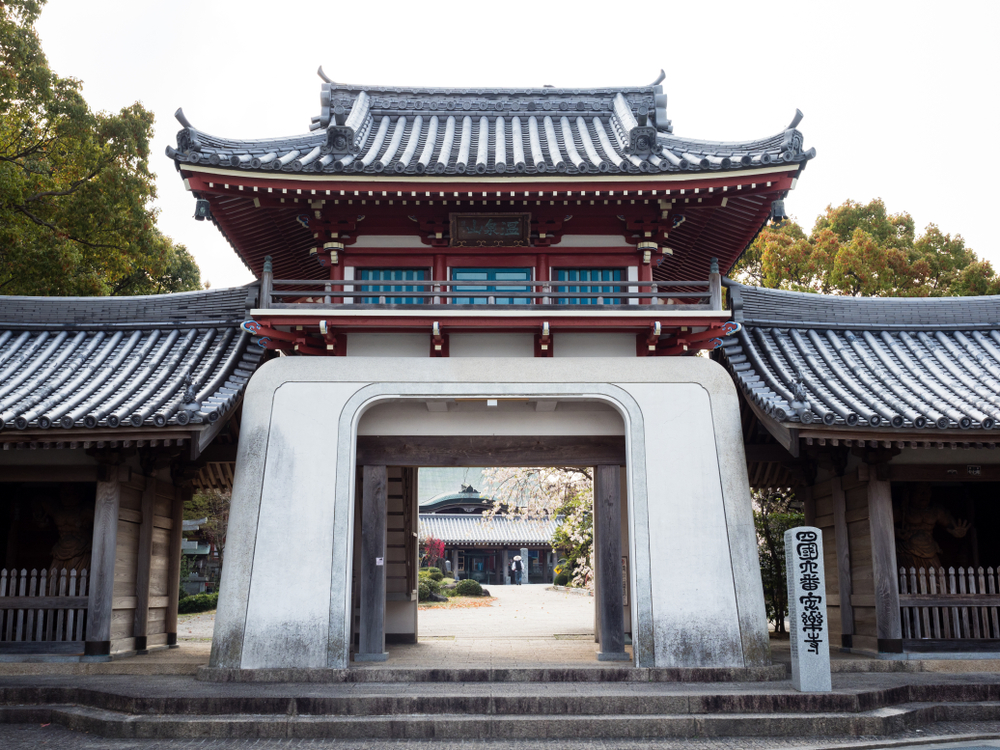 For a striking display of nature, the famed Naruto Whirlpools are a must-see. Formed from a confluence of fast-flowing tides that run through the Naruto Straits from the Seto Inland Sea to the Pacific Ocean, they are one of the world’s major tidal currents. The speed here can be as high as 20kph and the whirlpools up to 20m in diameter. There are two main ways to see the whirlpools up close. A glass-bottomed walkway, the Uzu-no-Michi, is located on the underside of the Onaruto Bridge. From a height of 45m, visitors can get an excellent view without getting their feet wet. For a more white-knuckle experience, there are boat rides that will take you right into the heart of the eddies. Don’t forget to visit the Naruto Ohashi Memorial Museum beforehand. The interactive and educational displays will teach you all you ever wanted to know about whirlpools. 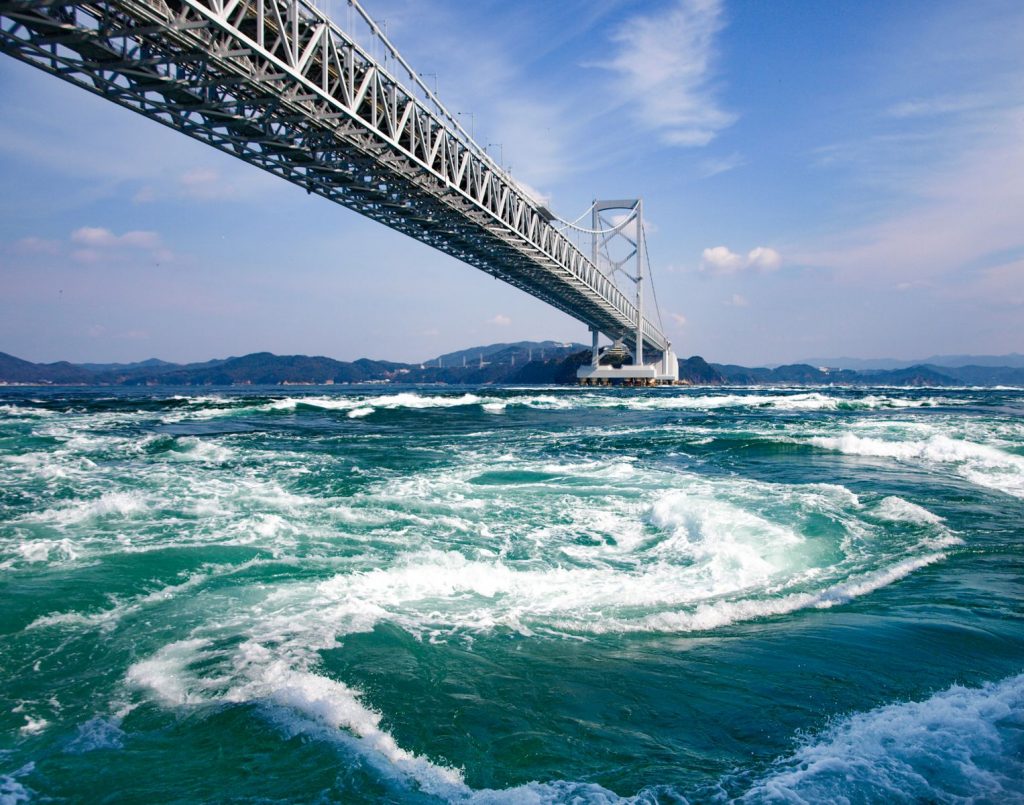 For an even more turbulent water-borne outing, consider the whitewater and kayaking opportunities of the Oboke and Koboke gorges. Located on the fringes of the Iya valley, the Yoshino river narrows here to provide thrills for the adventurous. For those seeking a more sedate experience, sightseeing pleasure cruises in the Oboke Gorge and a Trolley Train experience will allow you to appreciate the scenery. If you are lucky, you might even see the monkeys, bears and wild deer that inhabit the region. 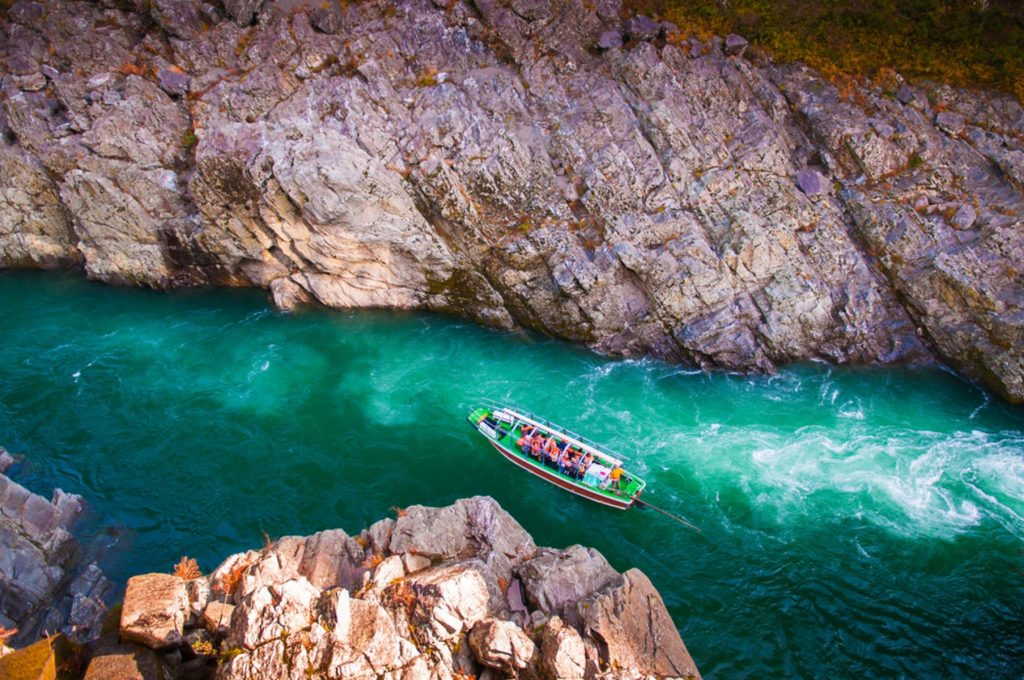 "The dancing fool and the watching fool are both fools, so why not dance!" An essential cultural event on the summer calendar, The Awa Dance Festival, held each August from the 12th to the 15th, is Japan’s answer to Brazil’s Carnivale. It certainly lacks nothing when it comes to color, pageantry, and energy, with synchronized groups of dancers spilling into the streets of the city of Tokushima. The festival has been around for over 400 years, and its popularity shows no sign of waning. Over 1.3 million tourists take in the festival each year. 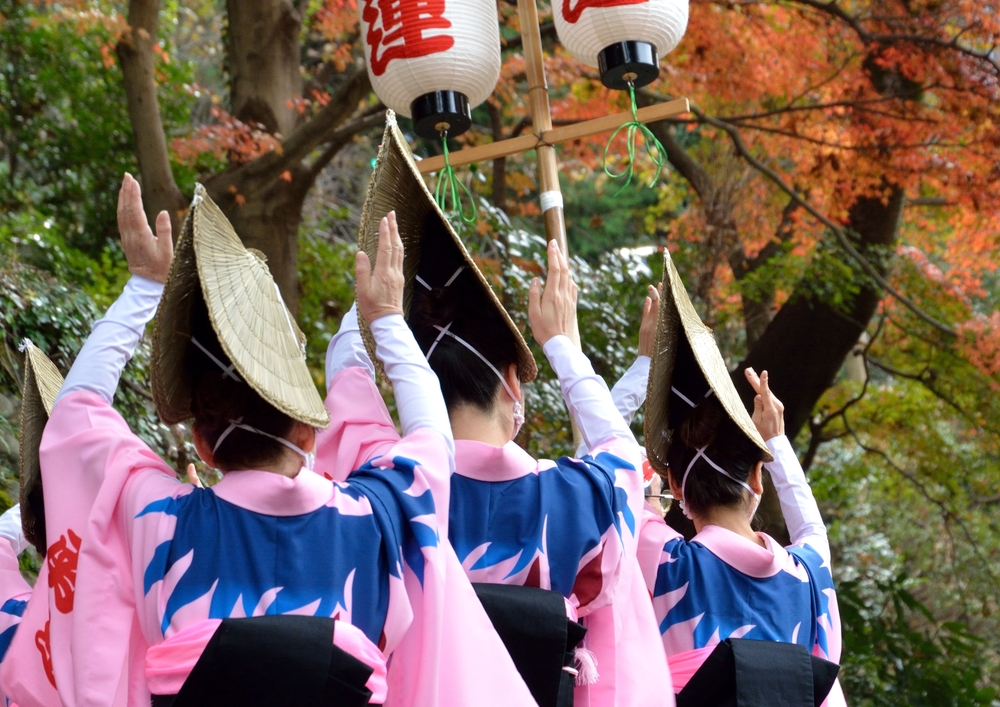 At 290m, the eyebrow-shaped Mt Bizan overlooks Tokushima and affords impressive views of the city and surrounds. The summit can be reached via a short Ropeway Ride that departs regularly from the Awa Odori Kaikan Museum. For the more active, it is possible to hike to the top. From here, you can soak in the view of the Onaruto Bridge and the Yoshino river as it winds through the city. With the right conditions, it is possible to see the island of Awaji and the Kii Peninsula. 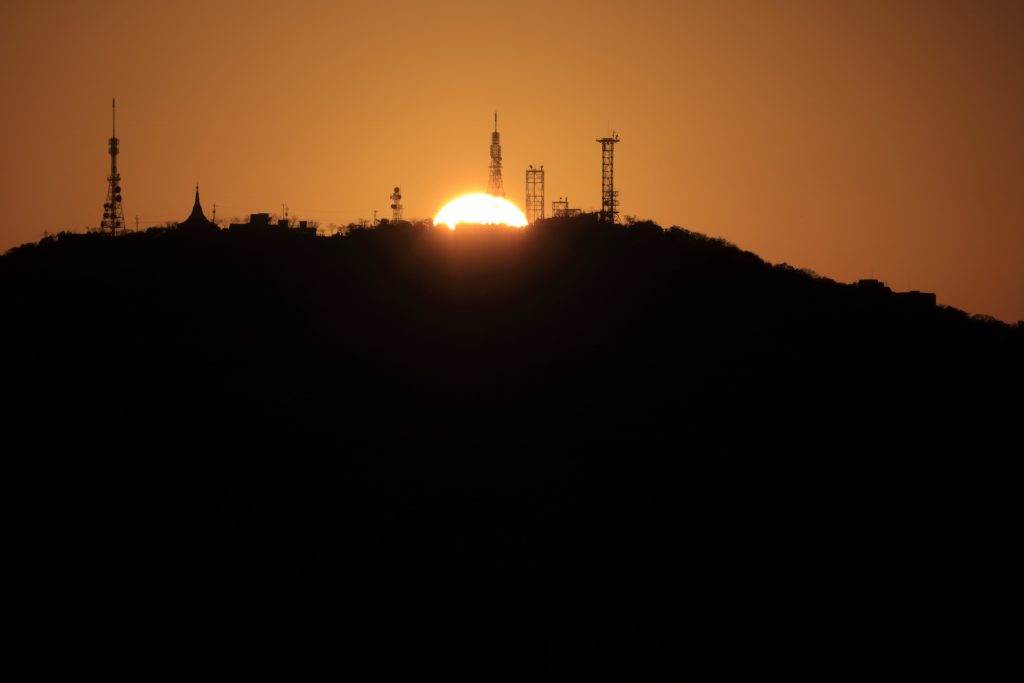 A walk down Udatsu Old Street will transport you to a time and place far from the neon-lit stereotypes of modern Japan. From the 1700s, Udatsu Street was a wealthy thoroughfare and center of the indigo dye trade. To this day, many of the original houses and shops remain, providing a rare glimpse of a world now mostly lost. 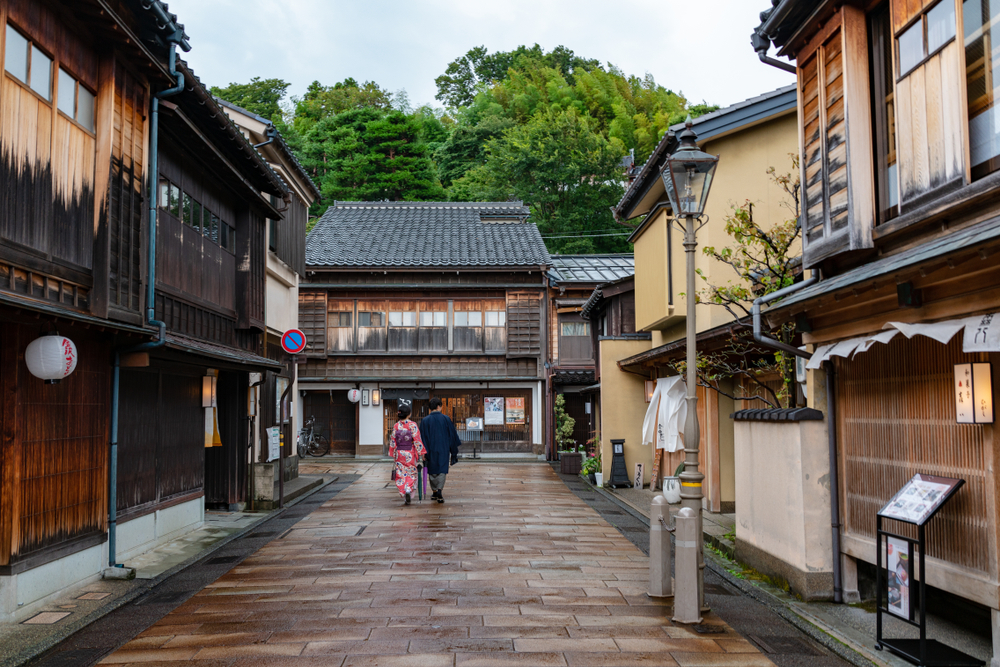 For outdoor activities, of which Tokushima has plenty to offer, the best months to visit are July, August, and September. August, in particular, is a peak month for tourists wishing to view and take part in the spectacle of the Awa Odori and Obon Festivals. In terms of budget, plan accordingly as prices will be higher. 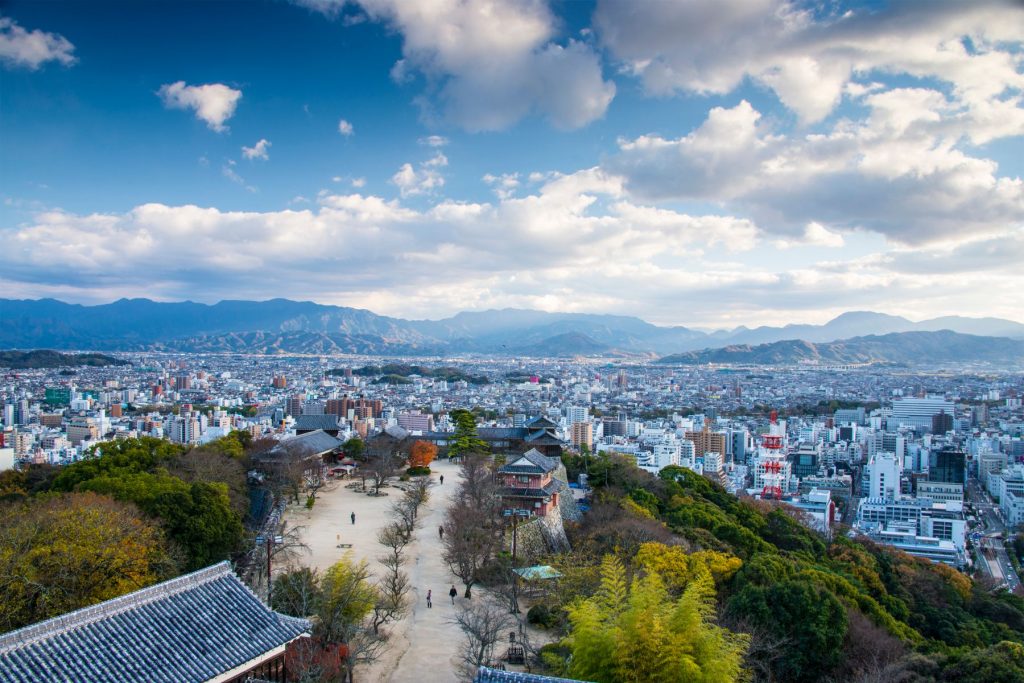