Fun Free Things to do in Puerto Vallarta

The more time goes on, the easier it's becoming to travel the world on a budget. Travel is no longer just for those who can afford lavish dinners, extravagant cruises, or 5-star hotels. And while traveling on a budget can be hard, what you should bear in mind is that it isn't impossible. Mexico is one of the most desired vacation destinations in the world, and well-loved places like the seaside own of Puerto Vallarta can be hard to navigate on a budget. But you can. As it happens, there are actually tons of free things to do in Puerto Vallarta.

Take the Free Sculpture Tour on the Malecon

One of the best places to visit in Puerto Vallarta is its boardwalk, El Malecón. The Malecon is the center of the city and a true driving force for everything from entertainment to beauty and the beating heart of the local economy. The boardwalk stretches for 12-blocks along the coast and is closed off to traffic, making for exceptional strolls morning, noon and night. One of the things you can do for free on the Malecon is the sculpture tour. There are many outstanding sculptures along the coast here, and every Tuesday at 9:30 AM, you can tag along on a two-hour tour ending in refreshments. 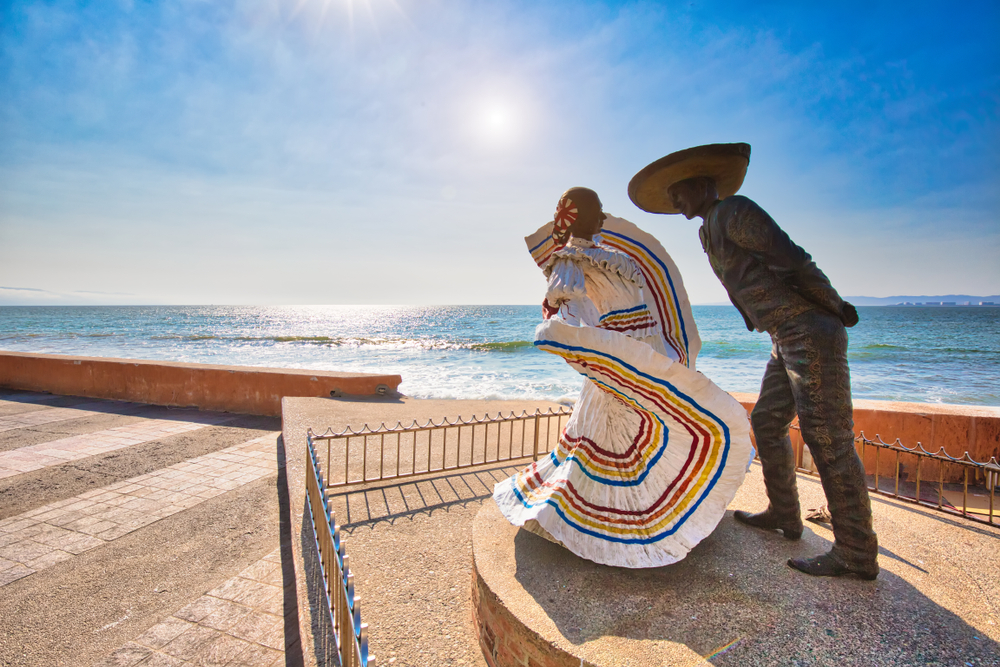 Puerto Vallarta's locals love the Voladores de Papantla as much as tourists do, so you should put aside one of your vacation days to see what began as an ancient ceremony dating back hundreds of years. It was created when Central Mexico experienced a severe drought, which then caused extreme hunger to its indigenous peoples. They then created a ceremony to appease the gods into giving them back their rain. Five men turned a large tree into a pole, dressed up as birds, and jumped from the top of the pole. In Puerto Vallarta, you can catch this stunning ritual still performed to this day on the Malecon. 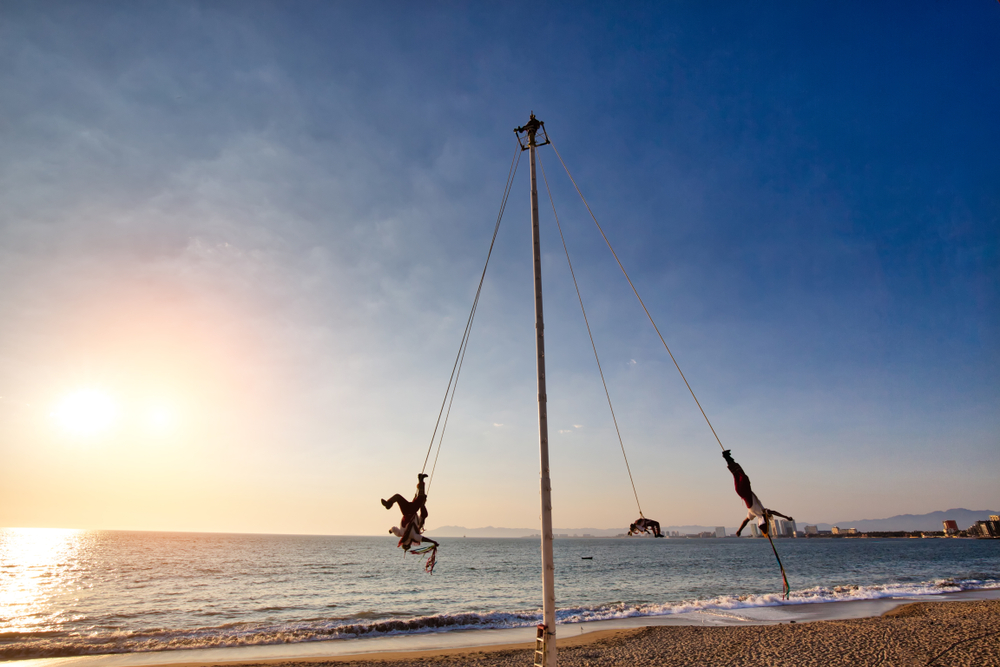 Finish the Malecon Evening with the Nightly Fireworks Show

Although you'll be able to spend a huge chunk of your Puerto Vallarta vacation on the Malecon without getting bored, make sure to round up at least one of the evenings with a fireworks show. Visiting the Malecon during the evening is so much different to doing so during the day. The streets ignite with bright lights and exciting sounds, street performers cease to entertain passers-by, and every evening from around 9:30 PM, there are nightly fireworks from the decks of a docked pirate ship. 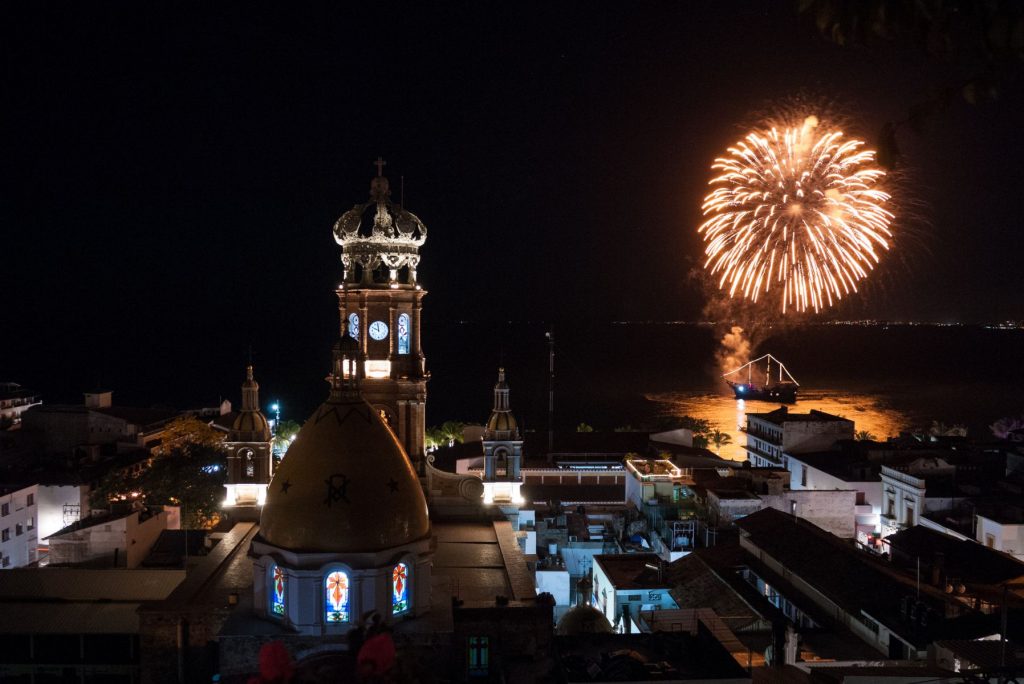 Visit the Fresh Fish Market for Some Affordable Delights

Despite not being free, per se, you'd be surprised at how much you can glean out of a trip to the downtown fish market. If you have the ability to cook where you're staying, you'll be able to pick up some affordable, delicious, and fresh fish that have just been caught. As well as flogging sea fare, you can also pick up equally fresh fruit and veg there to go with that evening's meal. Indeed, Puerto Vallarta's fish market is a great catch. 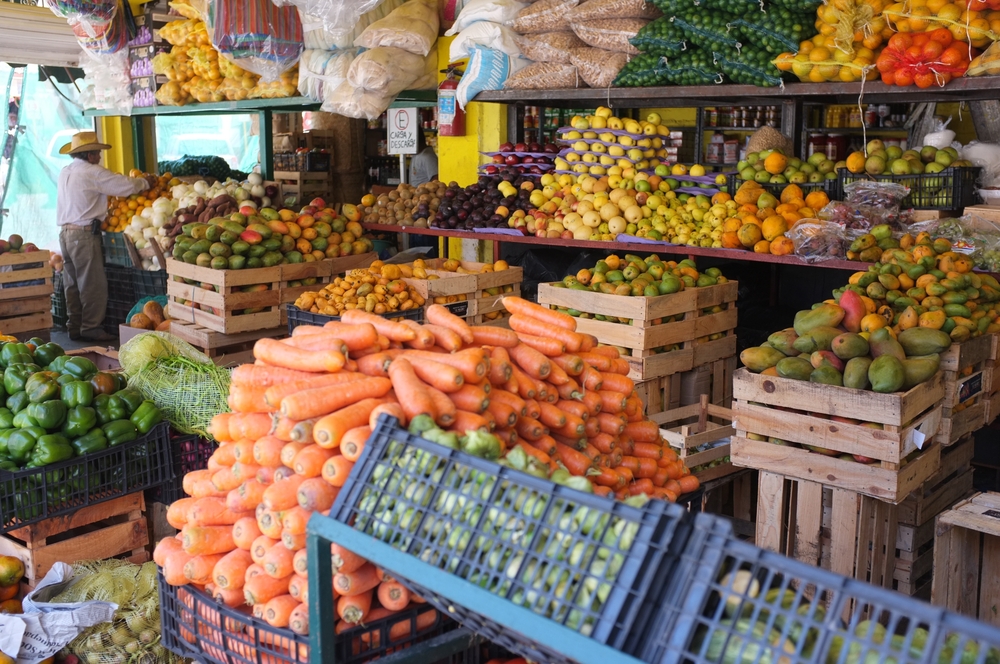 Watch the Sun Go Down from Playa Camarones

While Puerto Vallarta isn't in the best spot to see the sunrise from over the mountains, it has some of the most stunning sunsets in the world. For sunrises, go to Playa del Carmen. For sunsets, it's Playa Camarones all the way. Playa Camarones is as important a spot in Puerto Vallarta as the Malecon. One of the most important beaches for tourists and locals alike, it starts at Villa Premiere and stretches to the northern part of the Malecon. Finding free things to do on any beach is easy, but if you're not opposed to shelling out a few bucks on a drink, grabbing a couple of mimosas to drink as the sun goes down could change your life. 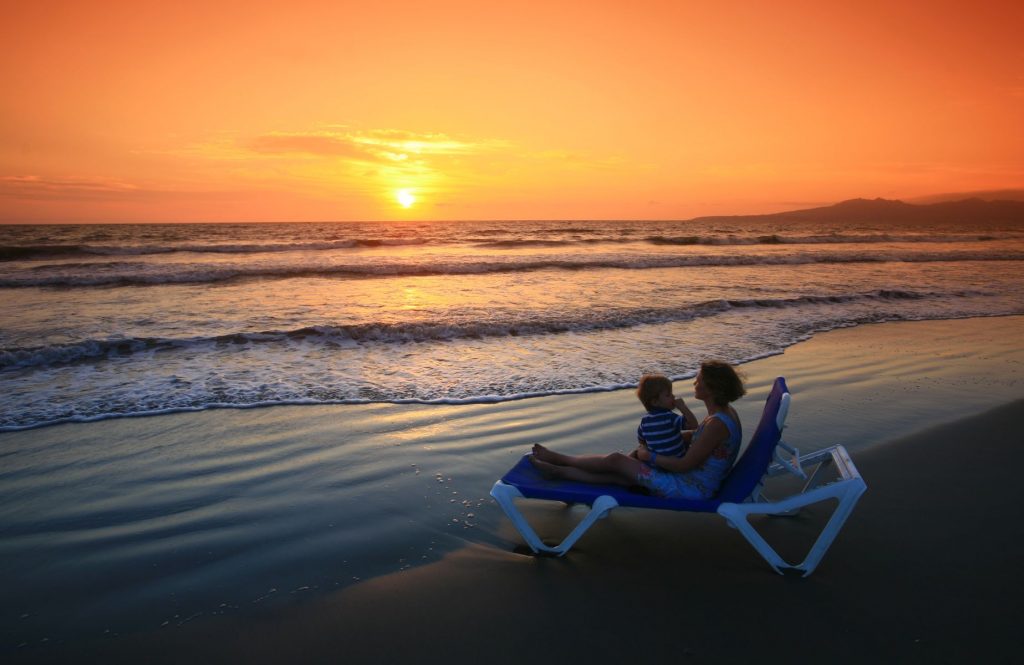 Hop on a Bus to Mismaloya Beach

If you're curious as to where all the buzz for Puerta Vallarta came from, seemingly out of nowhere, the answer lies in Playa Mismaloya. Thanks to a 1964 movie called The Night of the Iguana, Mismaloya is no longer the quiet little fishing village it once was. Simply jump on the orange bus from Puerto Vallarta and hop off at Mismaloya and you can see what it is now for yourself. The beach is relaxing, quiet, and as long as you ignore the souvenir vendors, can be an incredibly romantic day trip for new and old couples alike. 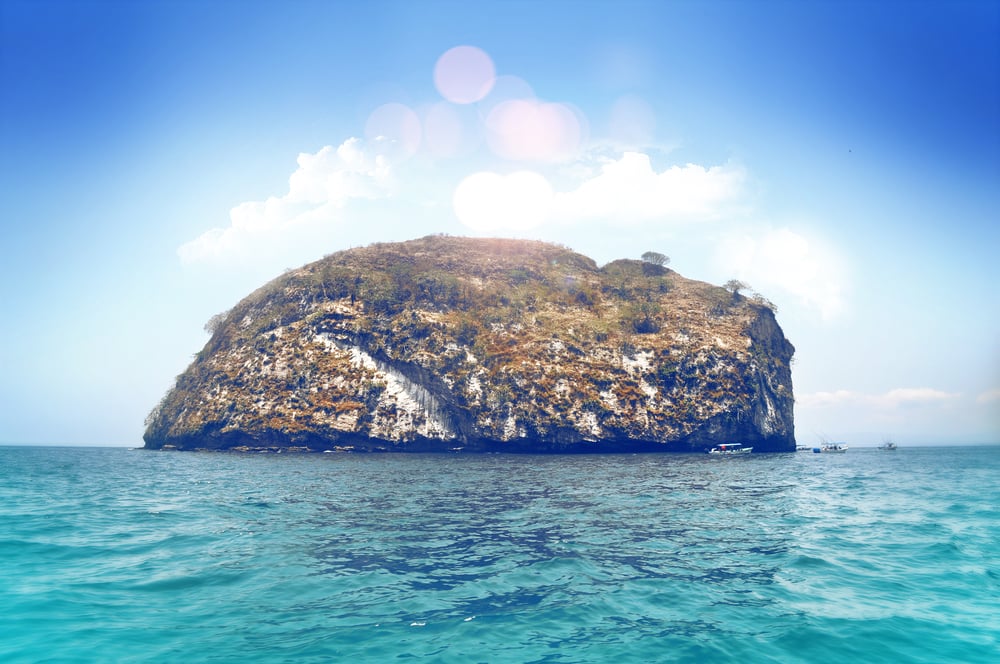 Forget Tours and Go Tequila Tasting on Your Own

No matter where in the world you're visiting, there'll be the chance to sample the city's local, fare. In Puerto Vallarta, that fare is tequila and what a fare it is. You'll definitely come across a lot of tours and tasting opportunities, but they're all an easy way to spend more than you realize. Instead of doing that, visit one of the smaller tequila shops downtown. Remember, it's always cheaper to buy a bottle than a shot. Furthermore, if you're not opposed to renting a car for a four-hour drive, you can go to Tequila itself. 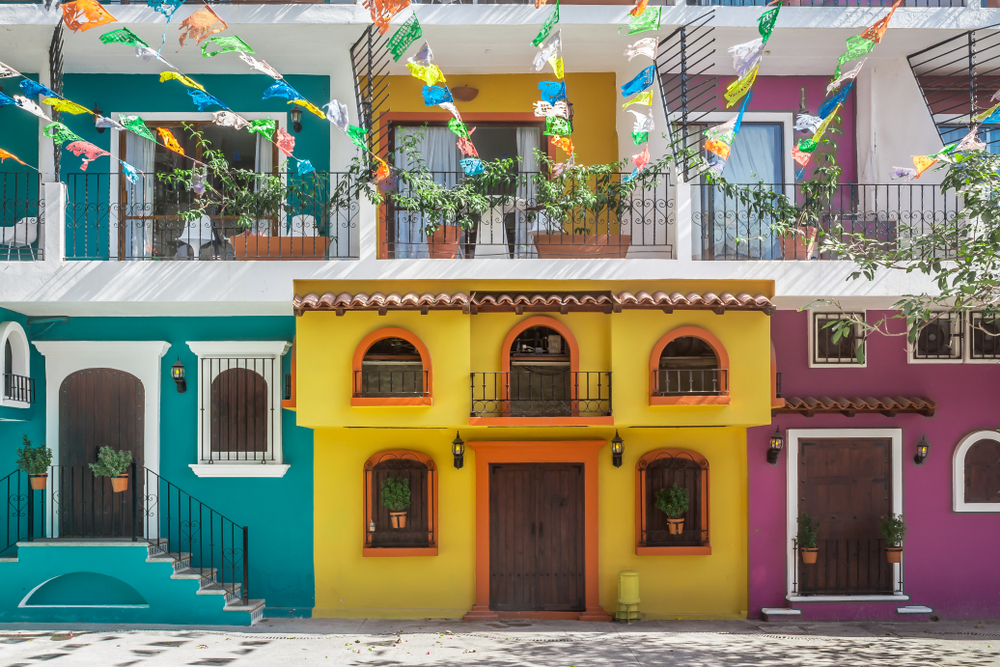 Try Pozole and Never Look Back

Yum, Mexican food! We all know our quesadillas from our tacos, but how about pozole? Pozole is a traditional Mexican soup that's documented as dating back to at least the 16th Century. Traditional pozole is made with hominy, which is produced from maize or corn, meat, and can be seasoned with anything from onions to limes. If you're visiting Mexico for the New Year, chances are you'll get the chance to try this warming, delicious dish without going out of your way in finding it. 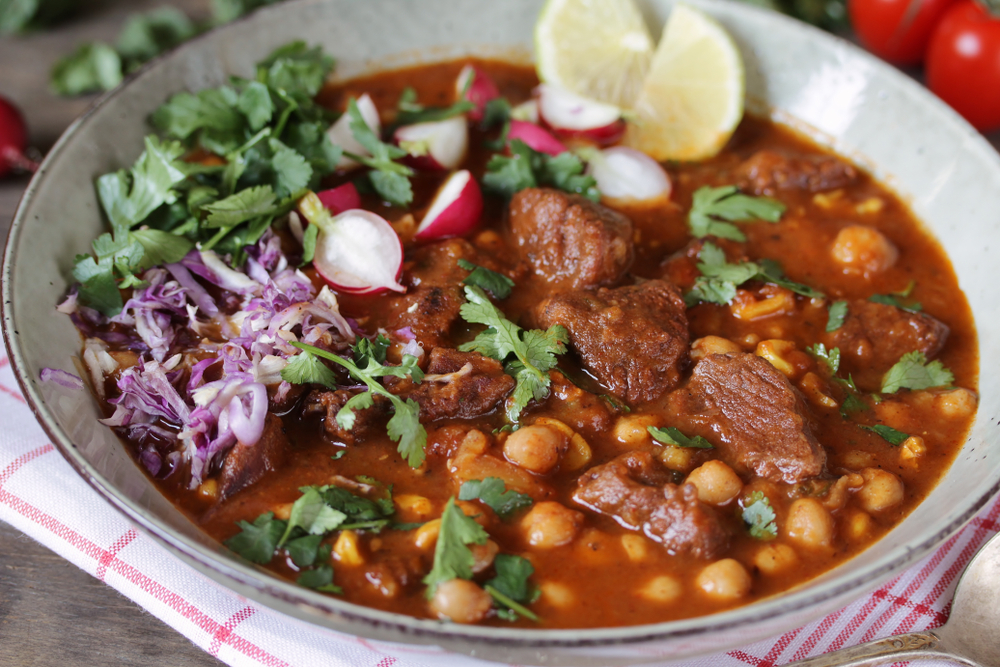 Grab Yourself Some Free Salsa Lessons

Have you ever wanted to learn how to dance? How about how to salsa? You can learn to do both in one for free at La Bodeguita del Medio. Romantic vacations to Puerto Vallarta should always include a trip here. Get your other half on the dance floor and then follow up your free dance lessons with some incredible food, live music, great drinks, and a full view of the Malecon from upstairs. Also, don't forget to write your names on the wall. 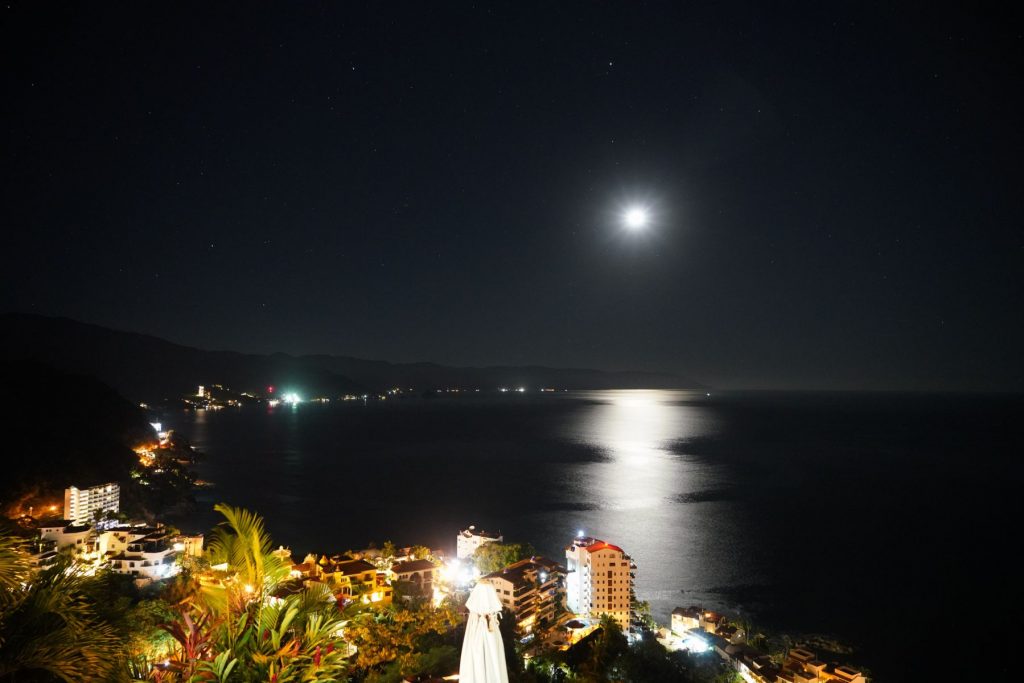 Believe it or not, Puerto Vallarta is big on the arts. As well as the sculpture walk, the city has more art galleries and museums than any other town on the Mexican coast. One of the city's primary things to do for art lovers is also completely free. For nearly quarter-of-a-century, the Centro Historico ArtWalk has been a thing. Many of Puerto Vallarta's galleries jump on board for the opportunity to share art with perusers, collectors, and patrons. The tour is free; you can do it yourself, meaning there's literally nowhere you have to be at any specific time, and you might even meet some new friends. 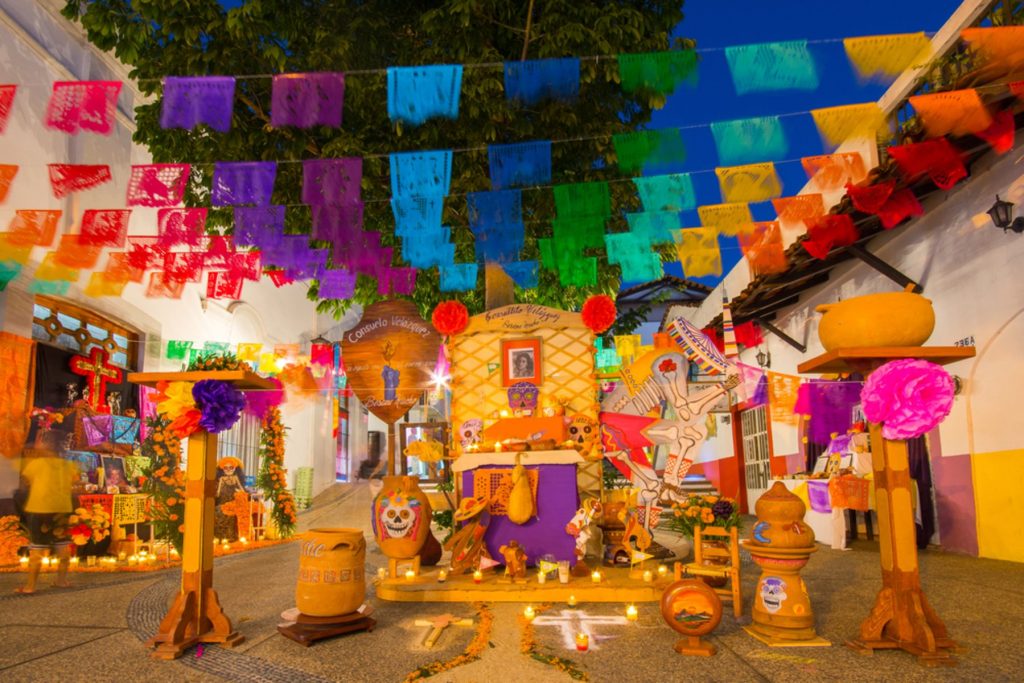