Located in southwestern Africa, Angola is one of the wealthiest countries on the continent and in the world. With a GDP of approximately $200 billion, it's the second largest oil and diamond producer in sub-Saharan Africa. In 1484, Portuguese explorer Diogo Cao happened on northwestern Congo and built a relationship with the region on behalf of Portugal. Angola became a Portuguese colony in the late 16th century, and after achieving independence in 1975, there was a 27-year civil war. Since 2002, the country has been working its untapped tourism potential, while it picks up the pieces of its destructive past.

Known as the African Baobab, the imbondeiro is the national tree of Angola. It's thought to contain everything needed for human survival. Its giant trunk can hold up to 120,000 liters of water, and it's known to have medicinal properties that help the body fight anemia, rheumatism, dysentery, and other ailments. Imbondeiros live for up to 6,000 years, and its wood has been used to manufacture instruments, ropes, and threads. This tree is native to the Mayombe forest. 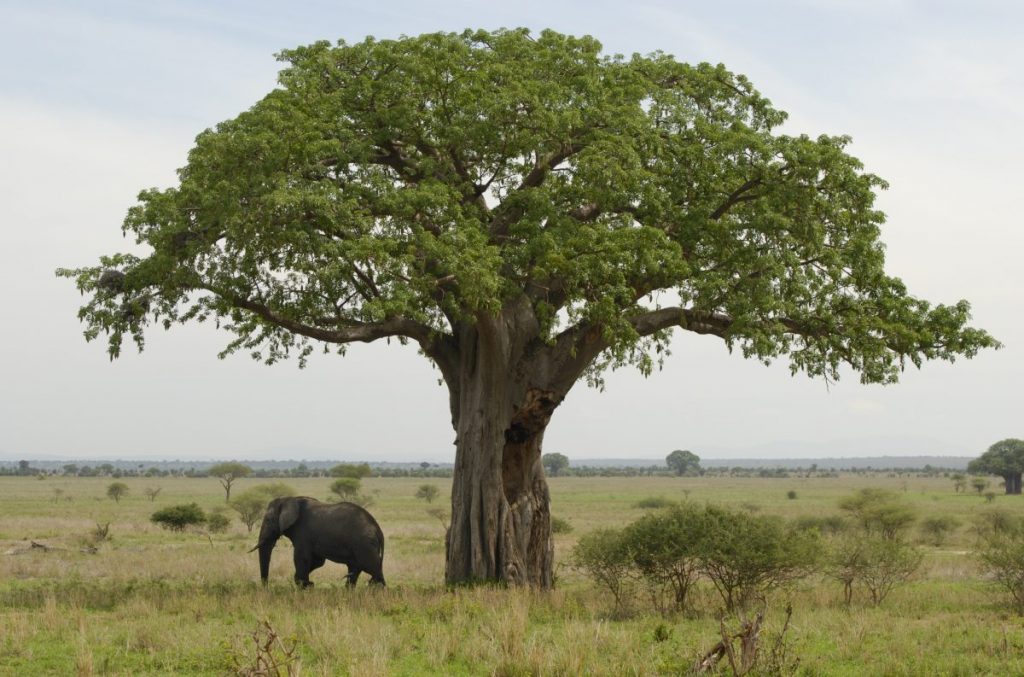 Semba started in the 1940s. It began as a celebration of native Angolan culture. By the 1970s, it expanded and spurred on the burgeoning “angoladade” cultural awareness that distanced itself from the Portuguese identity. Semba is a predecessor of many other varieties of music and belongs to the same family as Brazilian Samba, which has its own distinctions. 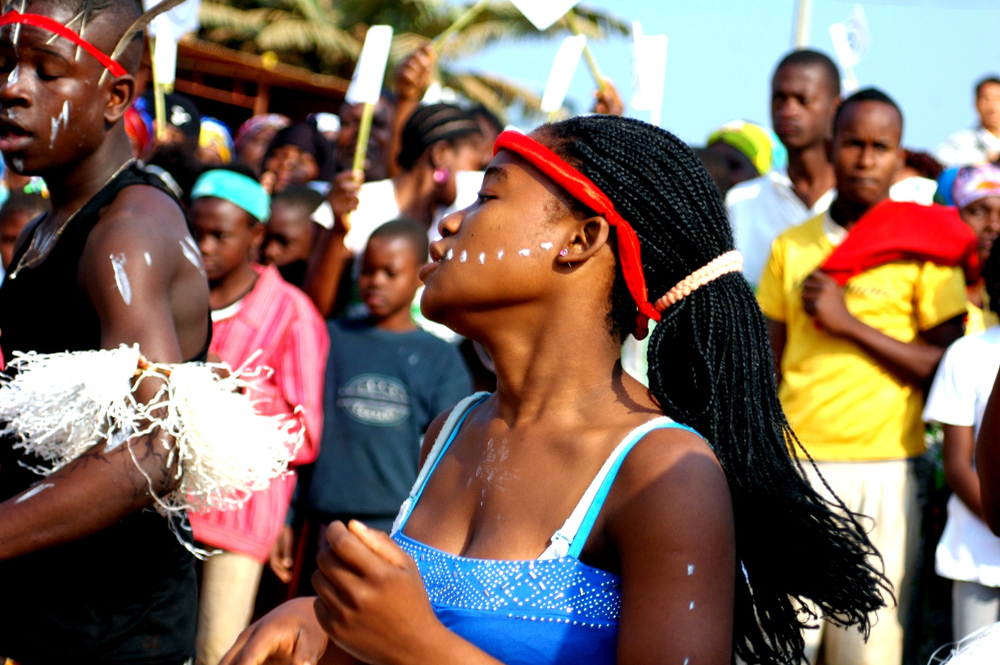 Once thought to be extinct due to being decimated during the 27-year civil war, the Sable Antelope, Angola's national symbol, seems to be making a return. In 2009, scientists from the Catholic University located two herds of these giant antelopes, estimating that there were fewer than 100 in existence. As of 2018, that population total was 200, thanks to careful monitoring and breeding. Visitors can spot them on their tours to the Cangandala National Park and Luando National Reserve. 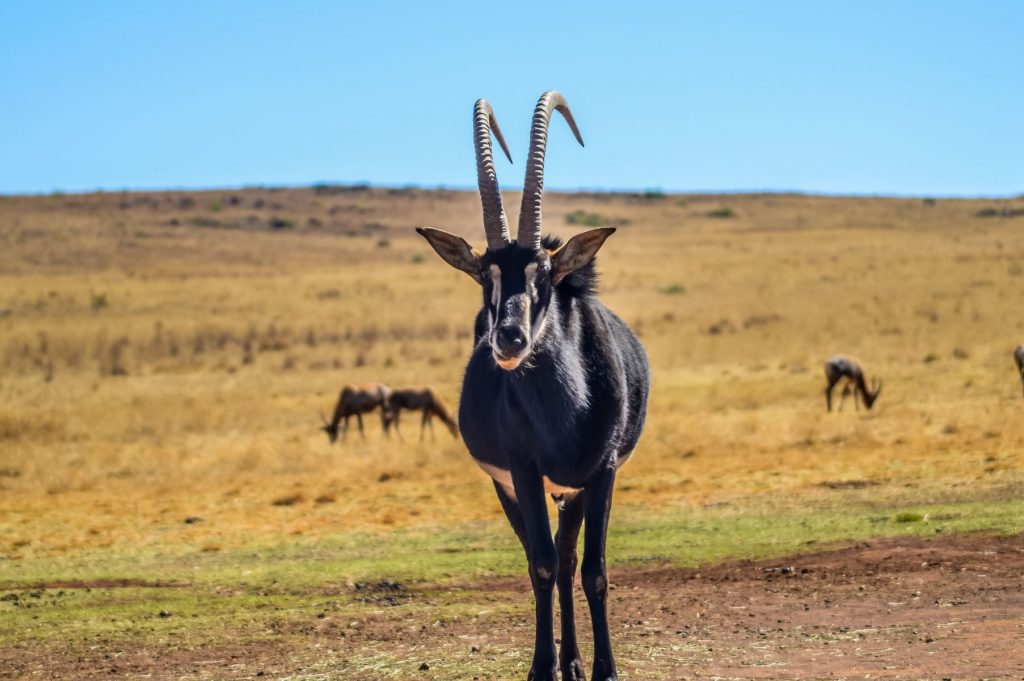 Located on the west coast of Angola, 70 kilometers from Luanda, Quiçama (pronounced kiss-ah-ma) National Park covers three million acres of land and is a Lion Conservation Unit. It was established as a game preserve in 1938 and declared a national park in 1957, but its animal population was decimated by the civil war. Thanks to the help of Botswana and South Africa, the Kissama Foundation initiated "Operation Noah's Ark" to help repopulate the park with animals. 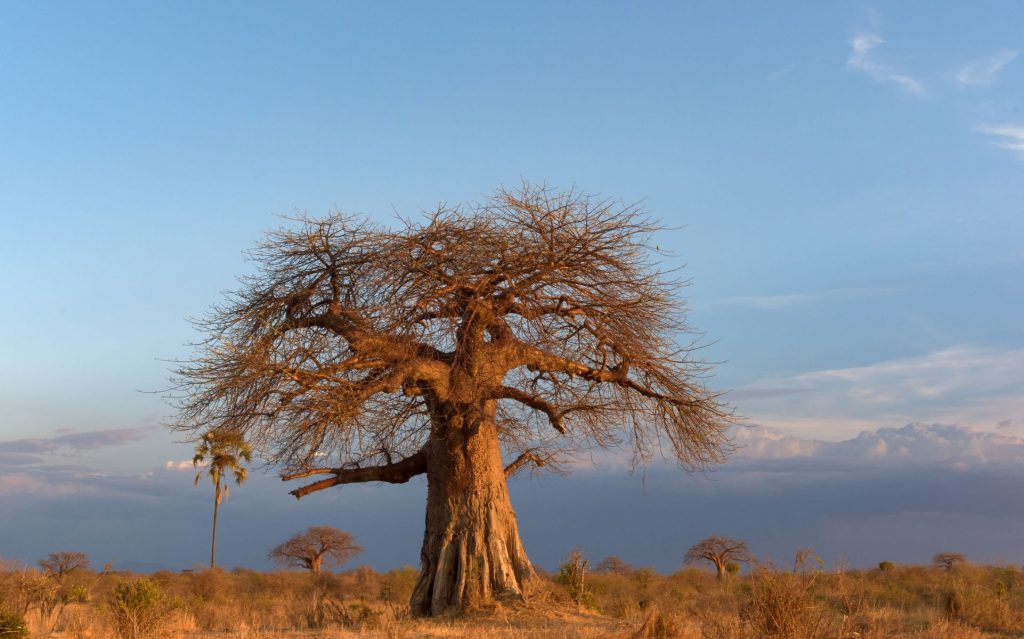 Located in Malanje province, Kalandula Falls is one of the largest waterfalls by volume. It's 1,300 feet wide and 344 feet high where water flows through the rocks, sprays bushes and creates terraces before feeding into the Lucala River. During the rainy season, it's a more impressive sight, because the rivers are full, making it an even more ideal trip. 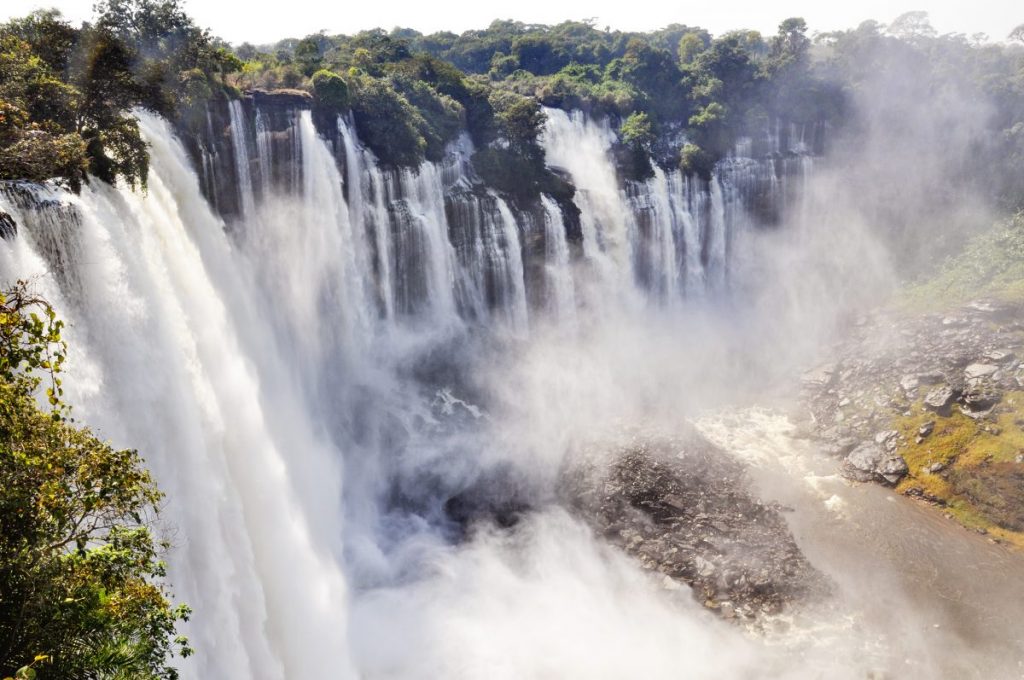 Home Of The Dreadlocks

Many may not realize it, but dreadlocks were born in Angola. The Mwila and Mucubal women would use ochre mud, oil, herbs, and dried cattle dung to hold their hair in those lock patterns. The number of locks is significant. Nontombi are four to six dreadlocks, which is the normal amount. However, this count can change to three locks as a sign of mourning. 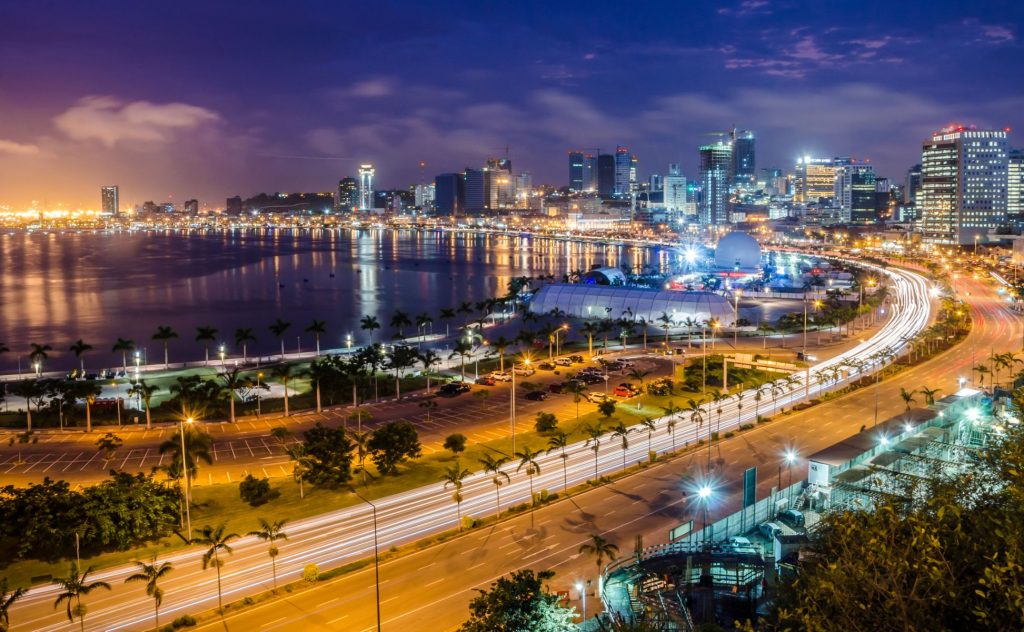 Near the bridge of Luanda Island, in an old mountain, stands the Fortaleza de São Miguel. It was built in 1576 by Paulo Dias de Novais, the first Portuguese governor of Angola, to defend Luanda Bay. It was captured in 1641, but it was retaken in 1648. Over the years, it has had minimal disintegration and is now a museum that shares artifacts of the history of Angolan colonization struggle and offers scenic panoramic views. 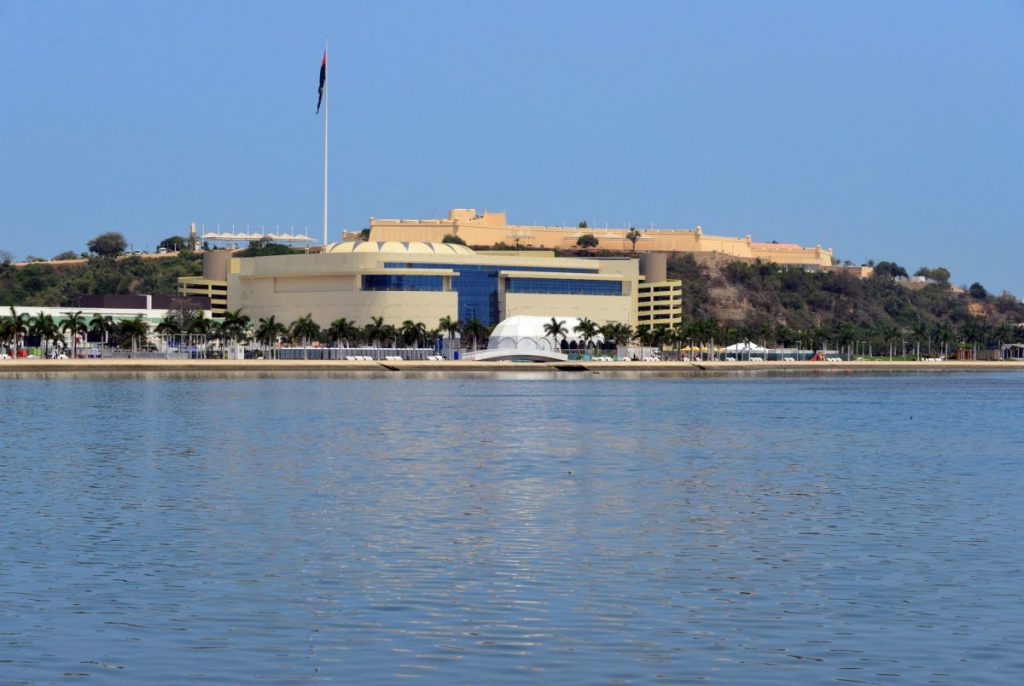 Also known as Ilha de Luanda, Ilha de Cabo is a sandy strip of sedimentation off the shore of Luanda. It was inhabited by a subset of the native Ambundu people, who had established their society under the Kongo Empire before the Portuguese gained control of the currency and the island. It's now a weekend getaway spot for locals with clubs and restaurants. Tourists have a wide variety of hotels to choose from as well as flea markets. 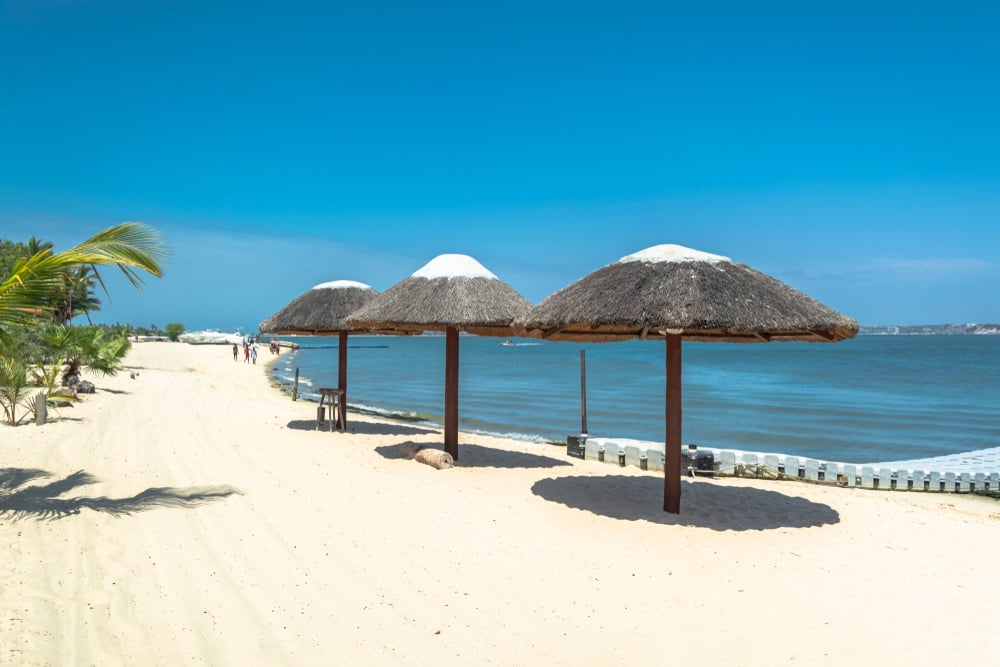 The story is that a palace allegedly designed by Gustave Eiffel was built some time in the 1890s in France and was destined for Madagascar. However, due to sea currents, the ship carrying the building wound up on Angola's Skeleton Coast. It was claimed by the Portuguese and then moved to Luanda. It's a bright golden yellow building that has undergone renovations since then from the country's Ministry of Culture. The government is still deciding if it should be a diamond museum or a restaurant. No matter what it becomes, the Palácio de Ferro is definitely worth a visit. 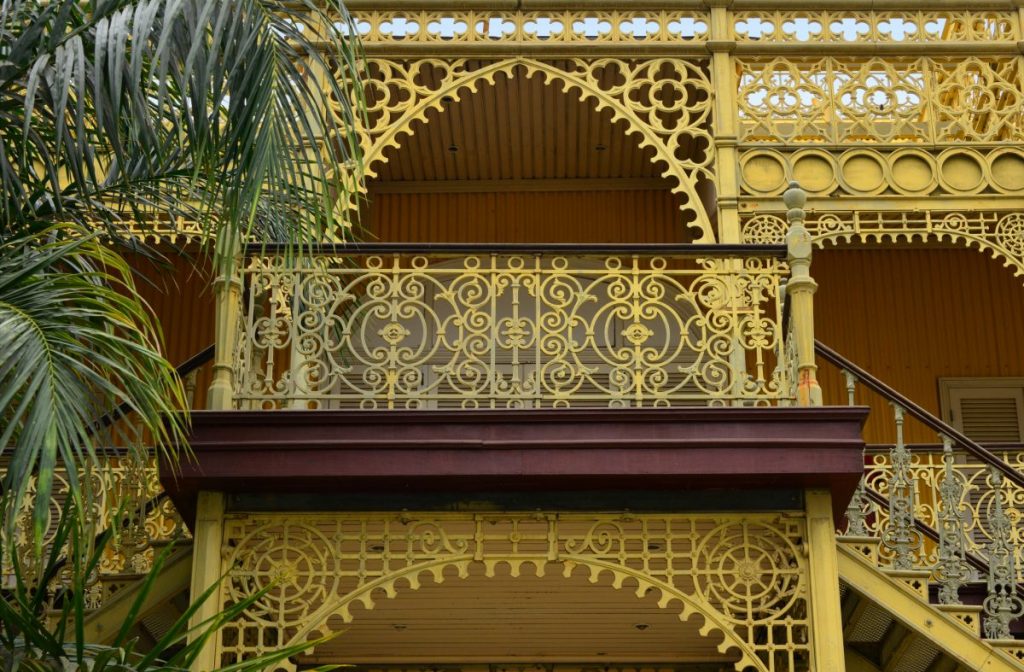 Portugal-trained physician and poet Antonio Agostinho Neto was Angola's first president. He was an activist who was arrested several times and led the armed struggle against colonial rule with the help of Russia, North Korea, and Cuba. Neto was an influential and controversial figure who became a hero and cult of personality for Angola. Built in 2012, this concrete monument, Agostinho Neto Mausoleum, stands at the heart of the cultural center that also bears his name. This 393-foot structure dominates Luanda's skyline and draws inspiration from his poem "The Path of Stars." 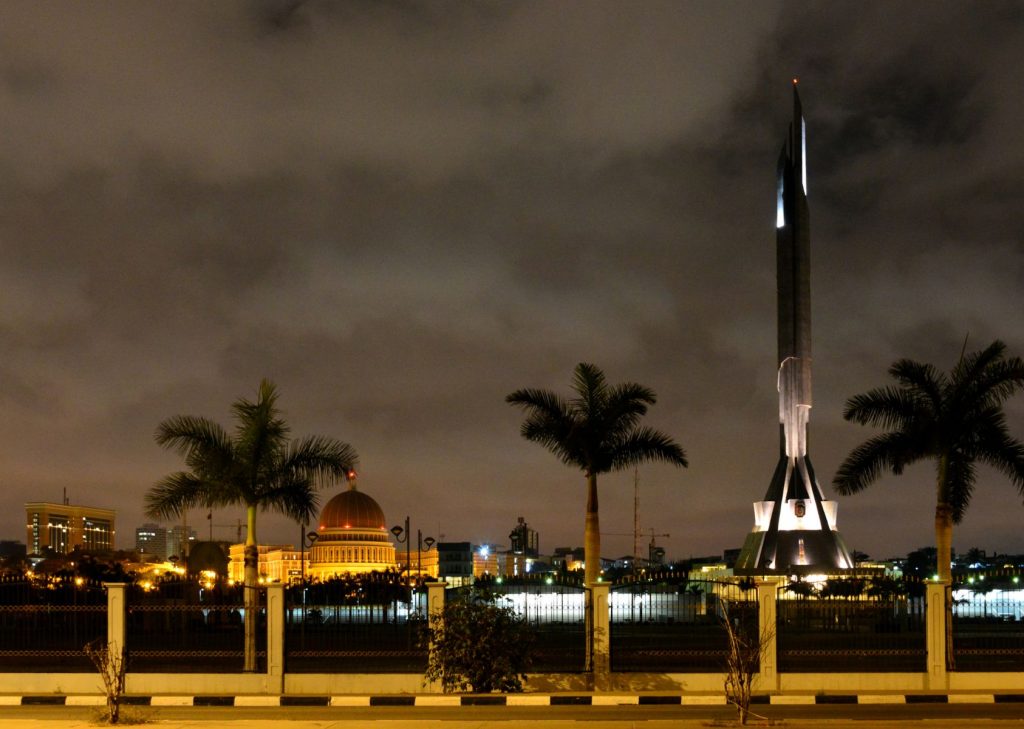