Bordered by Nicaragua, Panama, and Ecuador, Costa Rica has been named one of the greenest countries in the world. Its year-round tropical climate, rich soil, and an annual rainfall of over five meters make it ideal for growing many crops, including coffee. With numerous natural parks, it's apparent that this Central American nation is an ecologically-conscious country that takes conservation seriously. For travelers who are looking for a temperate climate with countless options for entertainment, Costa Rica is a viable vacation option.

Located within the Arenal Conservation that protects 16 reserves, Arenal Volcano National Park is home to two volcanoes: Arenal, which stands at 5,350 feet, and Chato, 3,750 feet. Chato has been inactive for more than three millennia and has a picturesque lagoon in its crater. Arenal, however, is consistently active with lava and pyroclastic flows. Its lake supplies a portion of Costa Rica's hydroelectric energy. In addition to that, visitors can hike, raft and explore the history of the park while checking out its wildlife. 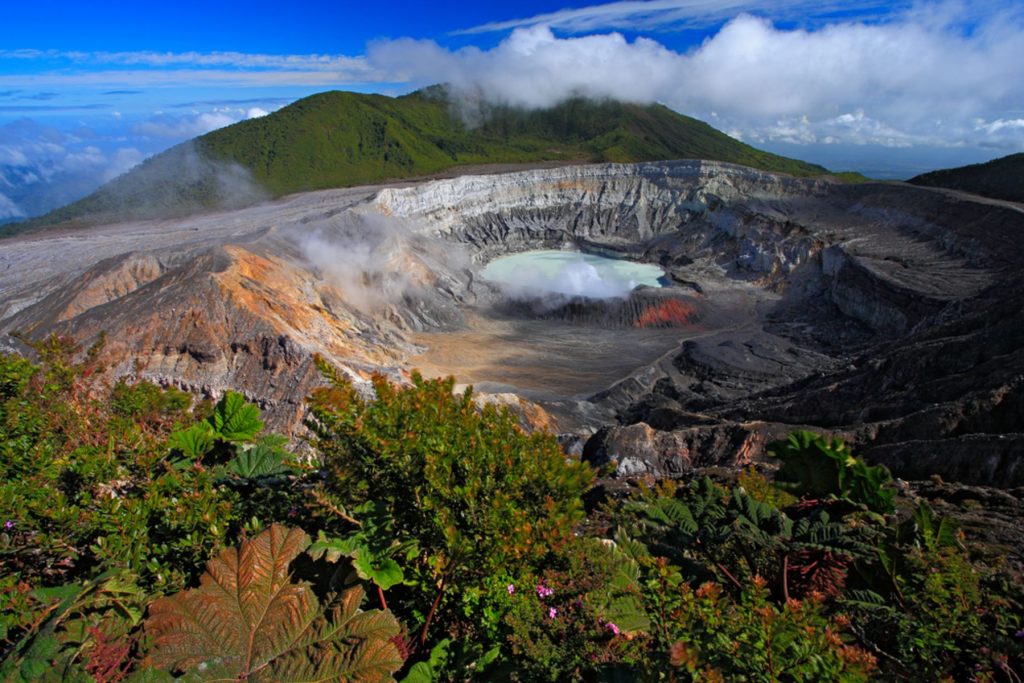