Exciting Things to Experience in Tanzania

Located in East Africa just below the equator, Tanzania is the largest country on the continent. At 365,756 square miles, it’s twice the size of California. Tanzania boasts one of the most unique landscapes you will ever experience. Grasslands, forests, mountains and rock formations make up its varied ecosystem. Thirty percent of Tanzania is occupied by some of the biggest and best national parks in the world. They are home to 340 types of mammal and over 1000 species of bird. It is no wonder that Tanzania is a firm favorite for safari lovers.

Nearly a third of Tanzania consists of 12 national parks, 13 reserves, and 38 protected regions. With over 4 million wild animals, they are home to the largest concentration of wildlife per square mile on the planet. The most famous of the parks has to be the Serengeti where more than 2 million large mammals roam its plains. Around 200,000 tourists visit the Serengeti every year to watch wild animals in their natural habitat. However, being 12,000 square miles, it's possible to avoid other visitors when on safari! 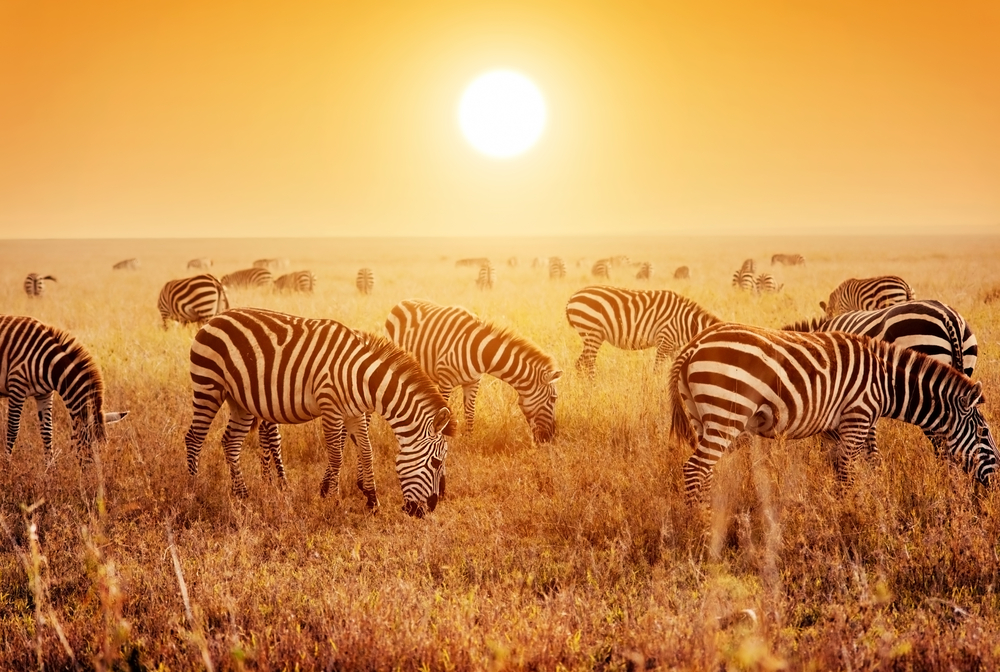 July to October is considered the best time to visit the Serengeti to witness the infamous migration. 1.5 million wildebeest follow the rainfall seeking out fresh grazing areas. Thousands of zebras, Thompson’s gazelle, impala, and eland accompany them on their journey. The crossing of the Mara River is one of the most hazardous parts of the migration. This is when this vast herd of animals encounters crocodiles which wait to ambush their prey as they enter the water. It's estimated that around 6,000 wildebeest perish while making the crossing. 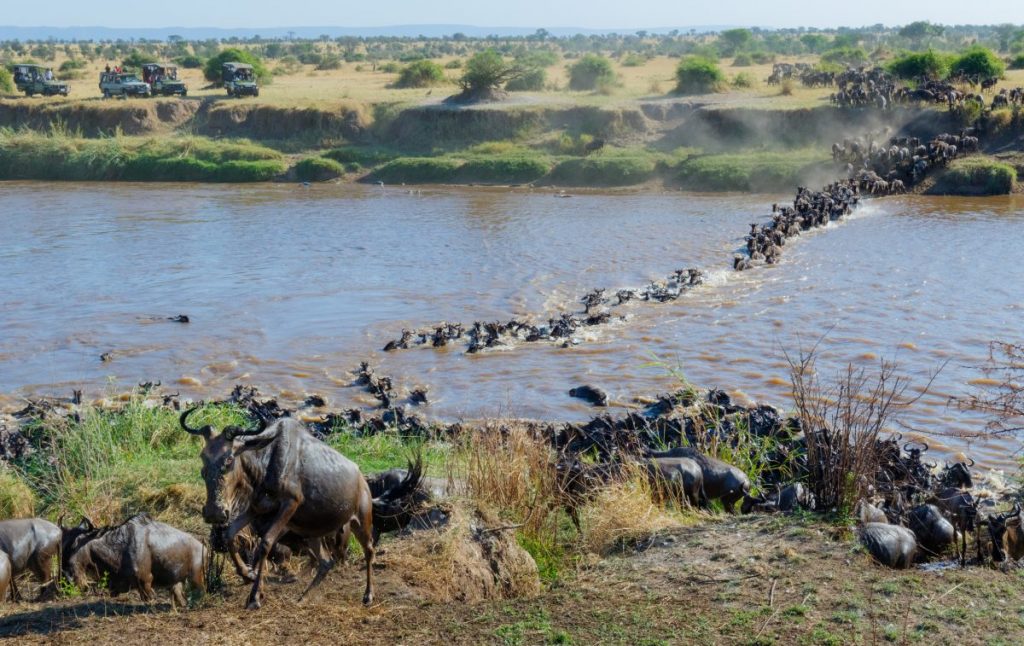 Tanzania Is Home to the Big Five

No trip to Tanzania would be complete without attempting to spot "the big five." Originally it was a term used by hunters to refer to the five animal that gave them the most difficulty. The list consists of the elephant, buffalo, leopard, lion, and rhino. Tour agencies adopted the phrase when hunting became unpopular. "The big five" has now become the checklist for tourists when on safari. One of the best places to spot "the big five" is the Ngorongoro Crater. This giant hollow crater is the world's largest inactive volcano. Thanks to the natural enclosure formed by the walls of the crater, "the big five" have thrived in numbers. 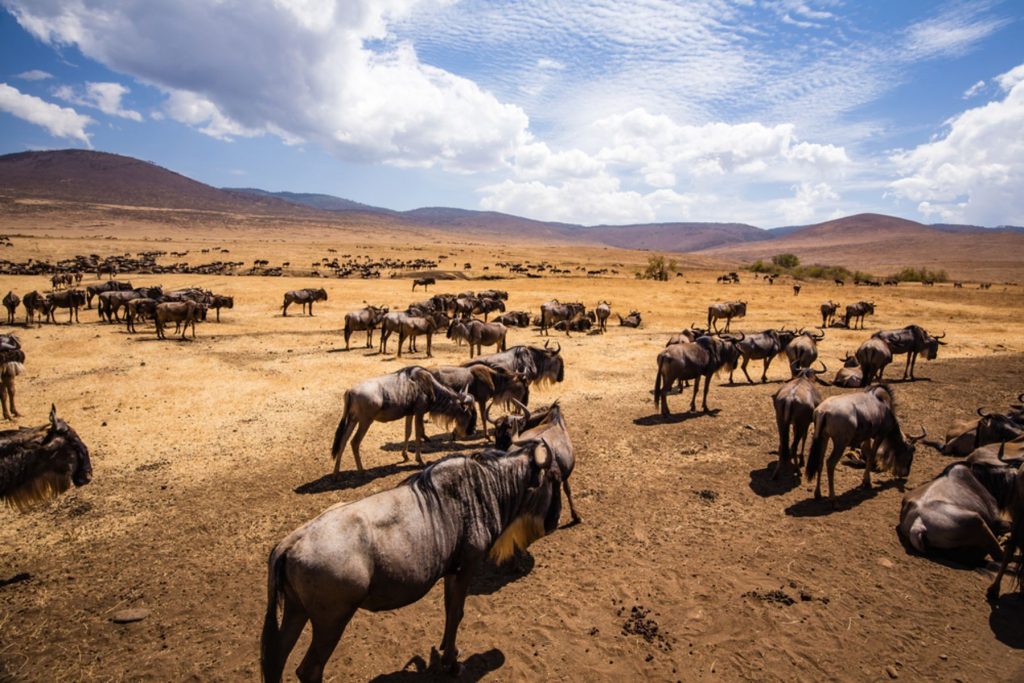 The Masai are one of the best-known indigenous cultures that exist today. The colorful sheets, or shukas, they wear are instantly recognizable. Most people would also associate long red hair with the Masai. However, the majority of them, including women, actually have shaved heads. The exception are the young men they call warriors. Their long tresses are a representation of the strength and masculine beauty of a lion. Long hair gives a warrior his sense of pride. Jumping is a big part of Masai traditional dance. The young men of the tribe compete against each other to prove their masculinity and show off to girls. Unfortunately, western influences are gradually changing the culture of the Masai. But many still carry on their traditions and can be seen in their villages in Northern Tanzania. 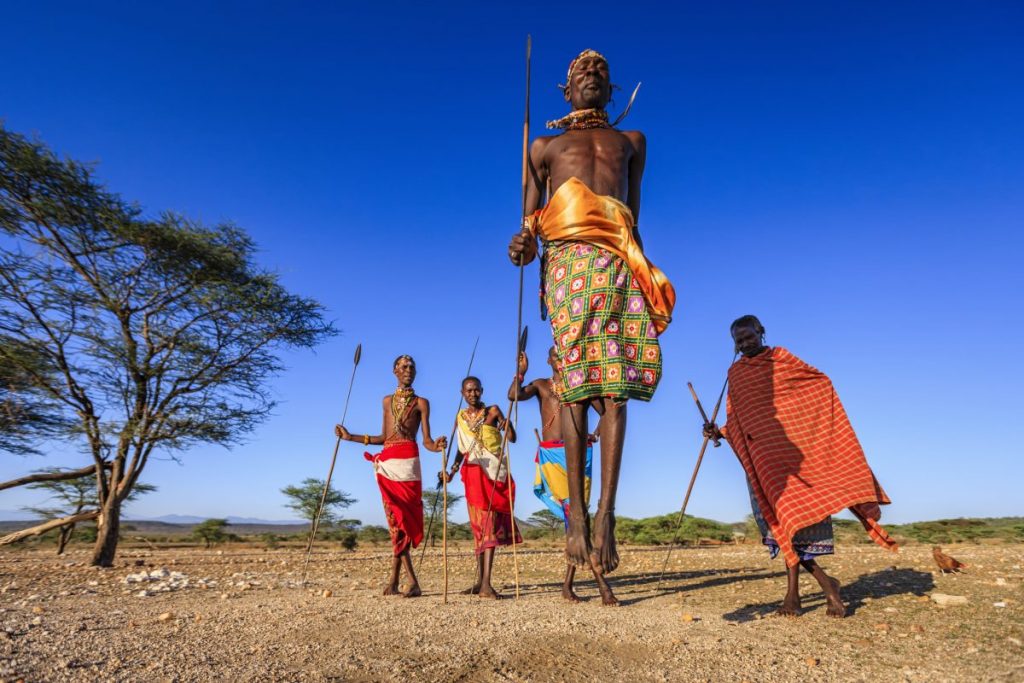 Tanzania boasts the highest mountain in Africa. Mount Kilimanjaro sits at 19,341 feet above sea level. It's considered a "walkable" mountain. In other words, no technical climbing skill is needed to reach Uhuru Point, which is the summit. Although you don't need ropes, ice picks or harnesses to reach the top; it's still a challenging climb. With altitude sickness to overcome, it is a test for mountaineers of all levels. 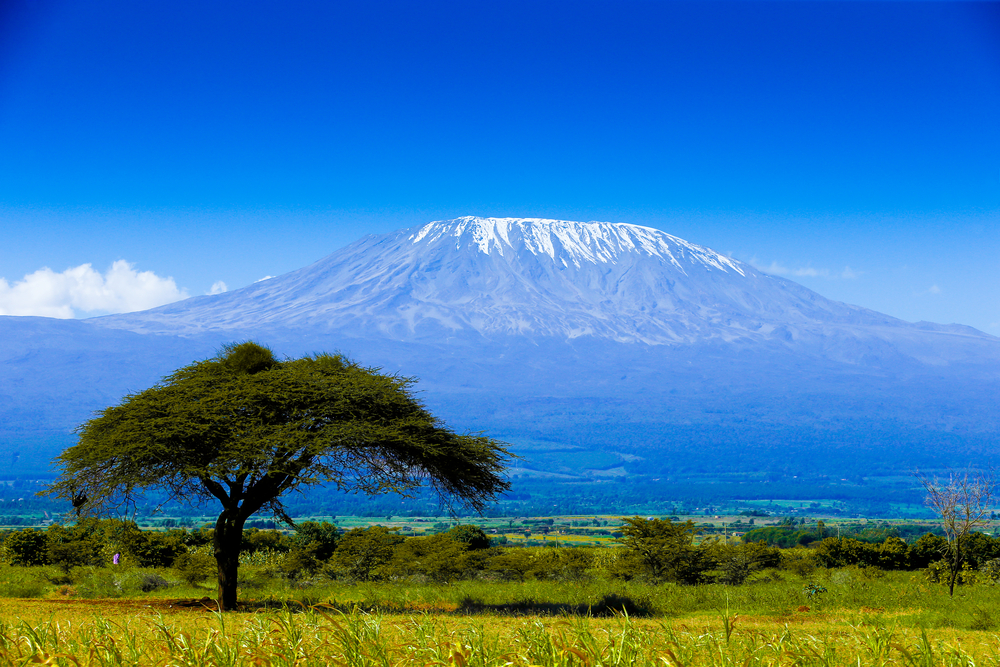 Lake Tanganyika is the second largest freshwater lake in the world by volume and depth. A visit to this lake in the west of Tanzania should be on your bucket list. The crystal clear water is home to over 350 species of fish. Imagine an aquarium filled with fish of amazing colors. This gives you an idea of the marine life of Lake Tanganyika. Due to its abundance of fish, sport fishing is popular, with the Goliath Tigerfish being an anglers ultimate goal. Scuba diving enthusiasts can also enjoy the underwater beauty that Tanganyaki has to offer. 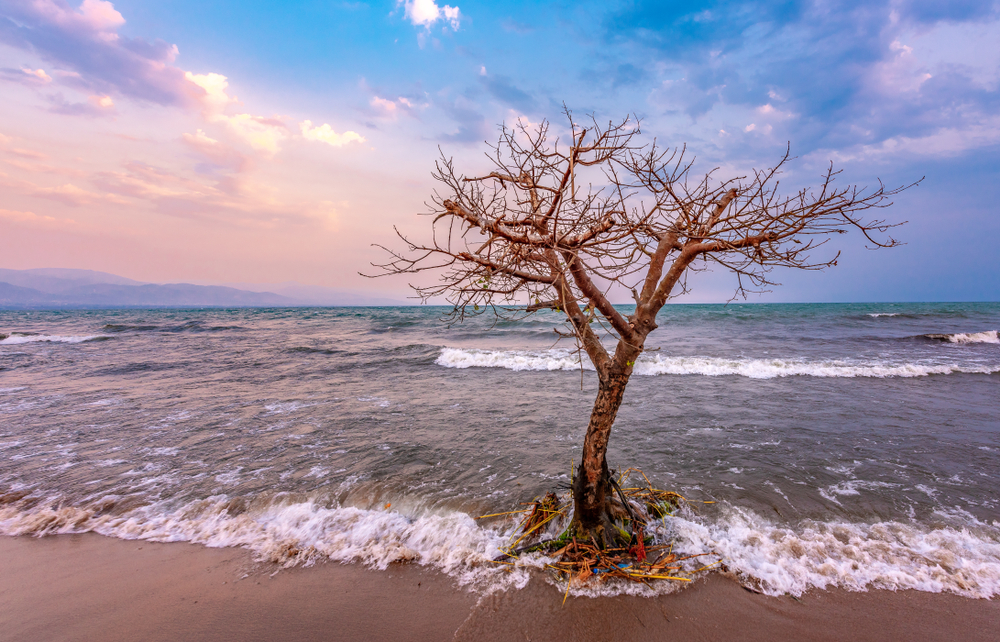 On the northern shore of Lake Tanganyika is the smallest of Tanzania's national parks. Gombe Stream National Park was made famous by Jane Goodall. Since the 1960s, she has conducted her pioneering research on the parks chimpanzee population. To get a glimpse of our closest cousins, you will need to complete a challenging trek. But persevere, as seeing chimpanzees in their natural habitat is well worth the effort! 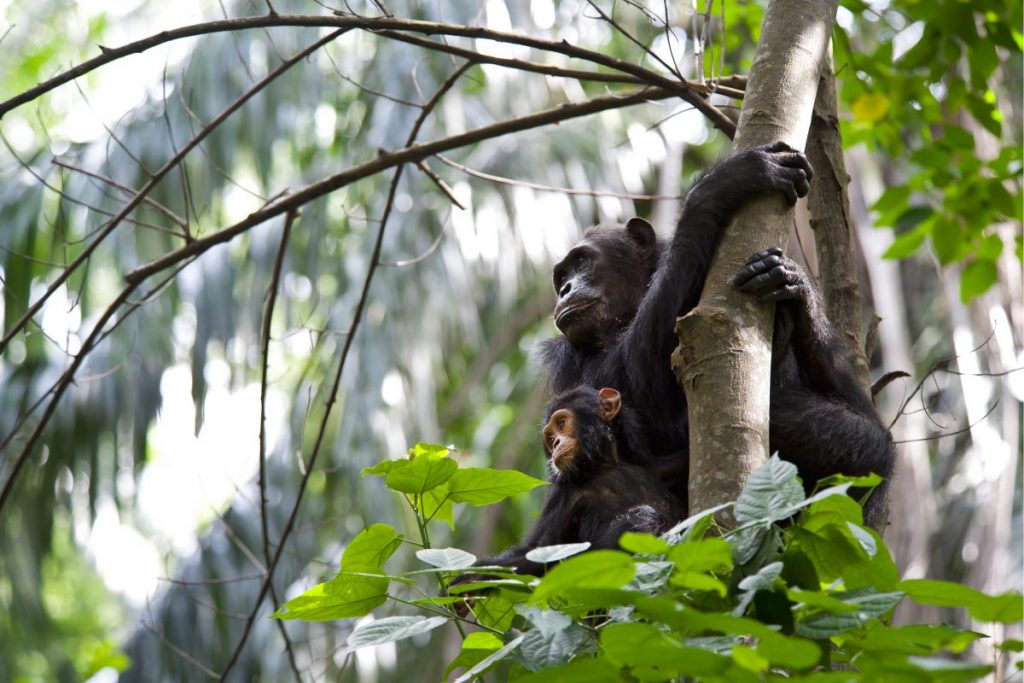 The Island of Zanzibar

Lying 28 miles off the coast of Tanzania is the picturesque island of Zanzibar. With year-round sunshine and white sandy beaches, Zanzibar is a great place to relax after your safari adventures. No trip to Zanzibar is complete without experiencing Stone Town. Its narrow streets are like a labyrinth just waiting to be explored. Wander around the bustling Darajani market. Food stalls fill the air with fragrant spices, meats, and fruits of all kinds. 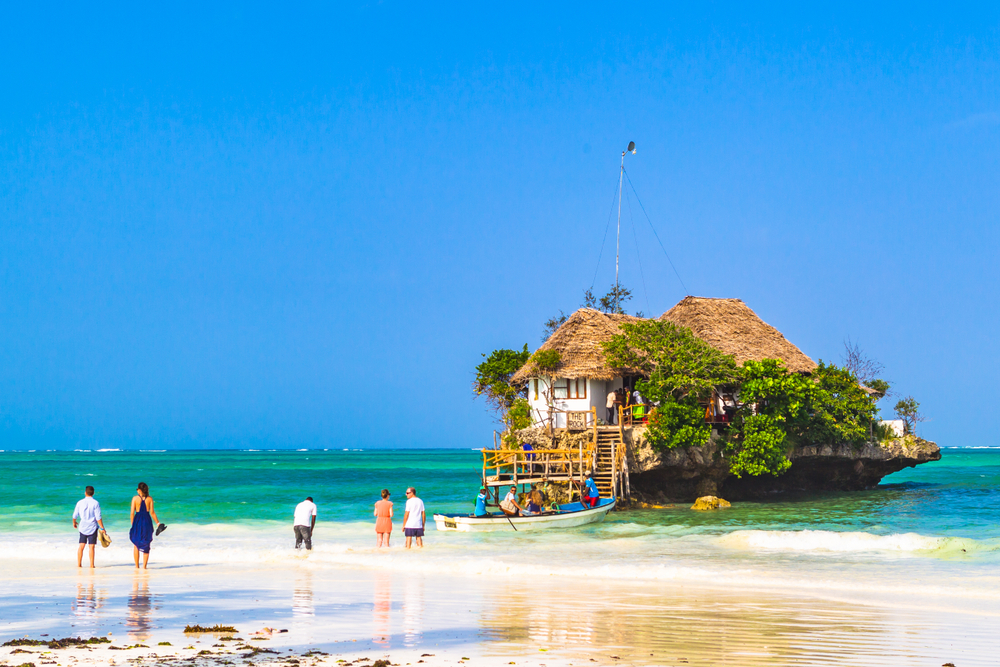 Eating in Tanzania offers the opportunity to sample a fantastic mix of flavors and spices. From street food to up-market restaurants, there is something to tickle all taste buds. Mama lishe stalls are where the local mama prepares tasty plates of the day. Roadside grills are set up at night nyama choma (barbecued meat) and other types of street food. At the coast, you can tuck into all kinds of grilled seafood including pweza (octopus). 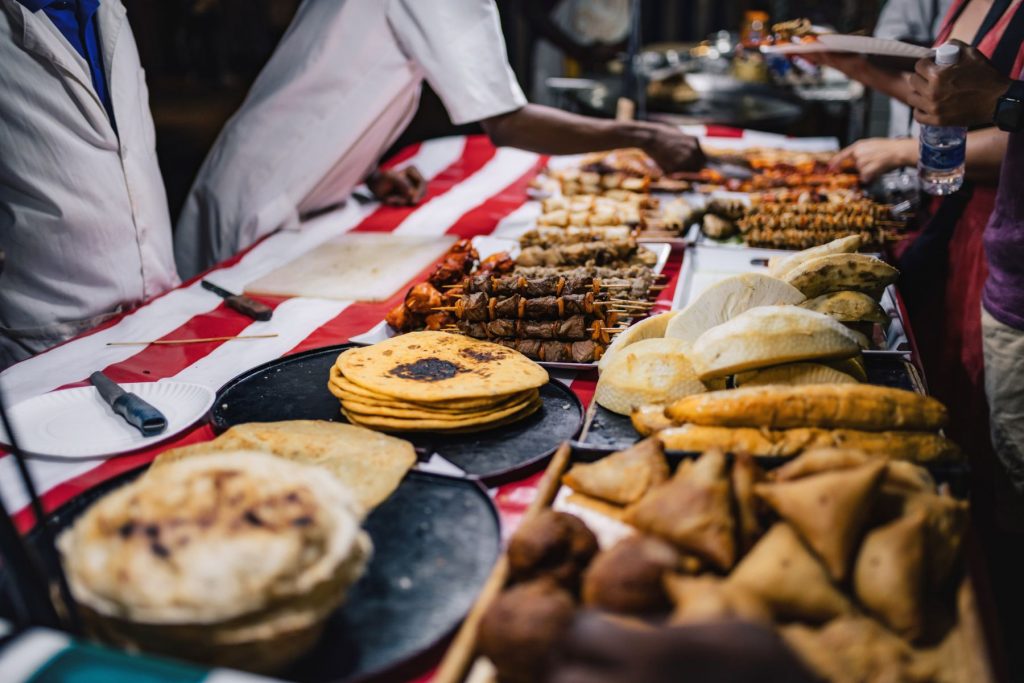 Tanzania is a true mix of different cultures. There are numerous indigenous groups, plus descendants from Europe, Pakistan, India, and Arabia. Around 120 different languages are spoken throughout the country. However, Swahili and English have become the common languages. Christians, Muslims, Sikhs, Hindus, and Buddhists are all represented within Tanzania. This makes it one of the most culturally diverse countries you will ever visit. 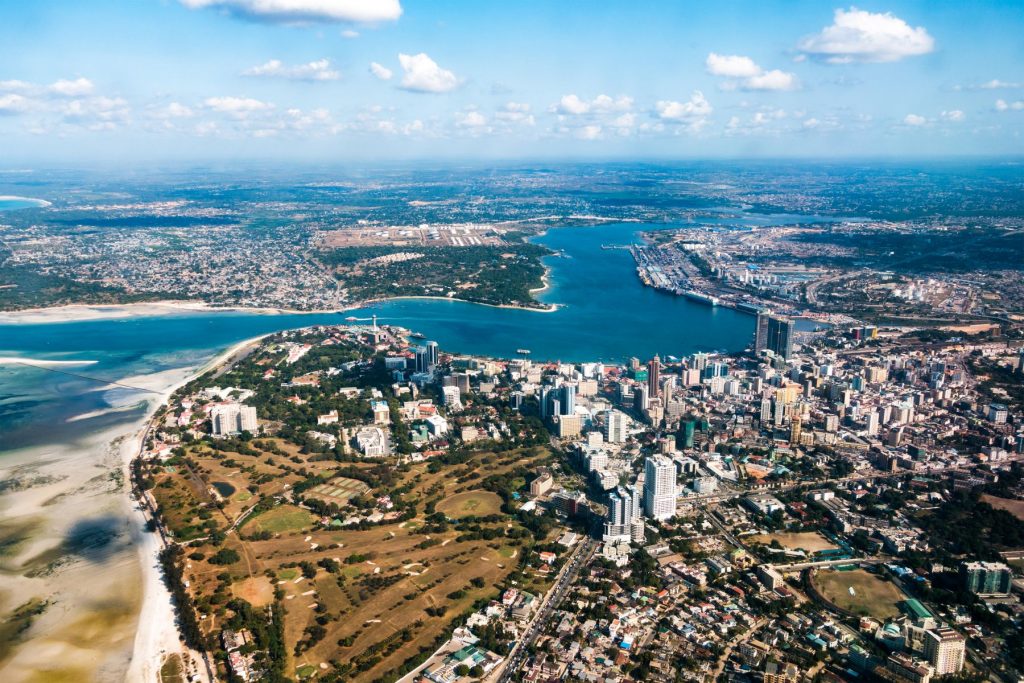