Exciting Things to Do in Rome

Many people refer to Rome as the Eternal City. Its history dates back more than 2500 years, and many consider it to be the world’s first metropolis. Around 4 million people live in this beautiful, vibrant city. Millions of tourists travel there each year to experience its unique cultural atmosphere, architectural wonders, and culinary fare. When travelers plan trips to Rome, they include the city’s tourist hotspots. Yet there is much more to the city beyond its most popular destinations.

Located in the Trieste district in the northern part of Rome is the Quartiere Coppede, an unforgettable area filled with architectural delights. This is Rome’s fantasy neighborhood, filled with large-scale buildings detailed in Art Nouveau, Roman Baroque, Gothic, Medieval, and Mannerist features. Florentine architect Gino Coppede created the neighborhood, working on the quarter from 1919 until his death in 1927. Don’t miss seeing Coppede’s hanging chandelier or the fantastical Fontana delle Rane, or Fountain of the Frogs. Urban legends say the Beatles visited and maybe even jumped into this whimsical fountain following a performance in Rome. 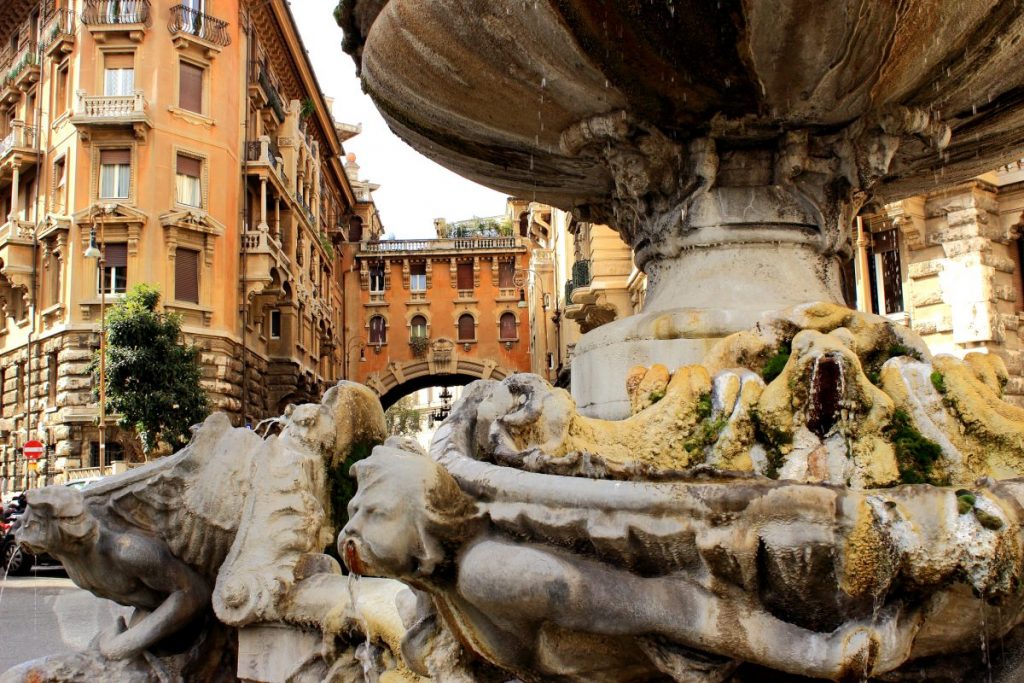