Exciting Things to Do in Croatia

From ancient cobbled streets to the mesmerizing turquoise of the Adriatic to world-class UNESCO World Heritage Sites, Croatia has a charm that appeals to every imaginable type of traveler. Whether its medieval hilltop hamlets appeal overlooking olive groves and nearby fragrant forests, its host of hiking trails, cycling routes, and rafting opportunities, there are undoubtedly plenty of things to do in Croatia.

The streets of Dubrovnik drip with charm. The city's formidable walls can be traced back to the 7th century; although much of what exists today dates back 500 years. Stately houses line the Placa or Stradun, the city's main street. These markers help you find your bearings heading towards the city's Baroque cathedral to admire the work of world-class Renaissance artists. When satisfied by Dubrovnik's cultural offerings, head for the beach. Pebbly it may be, but the crystalline waters of the Adriatic refresh and invigorate. Walk the pedestrian zone to try out the local cuisine with its host of restaurants and bars. 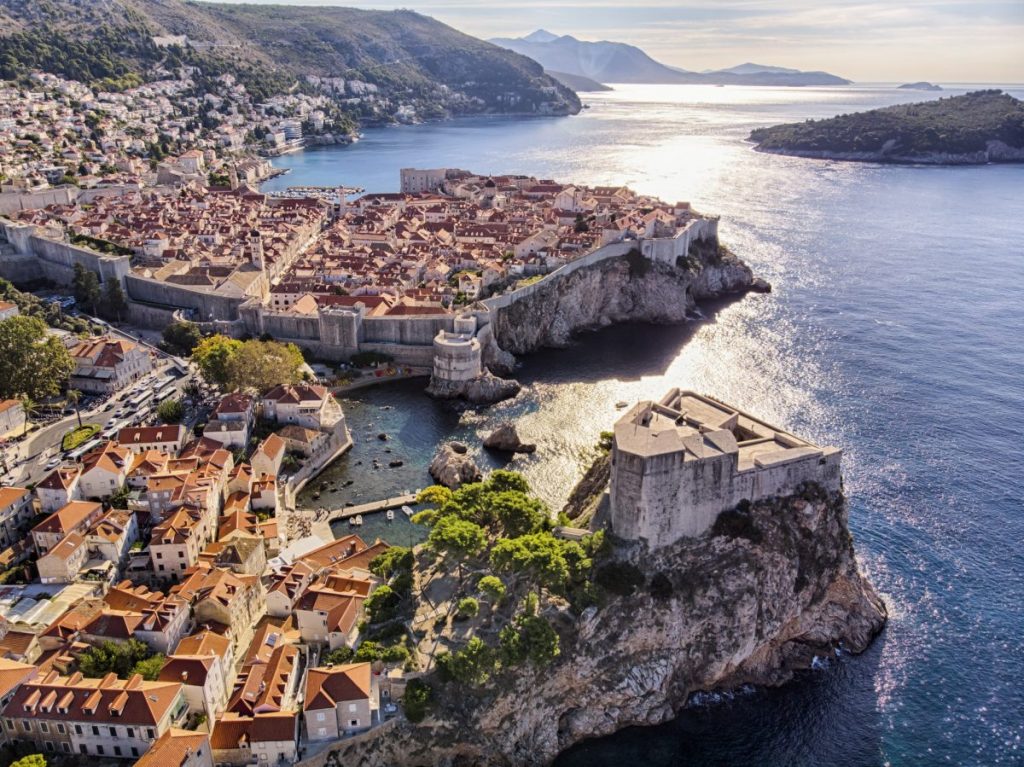 Croatia's Plitvice Lakes and National Park is a place hard to beat for its natural beauty with its stunning turquoise lakes, tree-clad hills, and waterfalls linking lake to lake. Signs indicate the whole park takes around 8 hours to walk. Given that fact, many visitors to this astonishingly beautiful place break it up over a few days. On the other hand, a good part of it can be seen on a day trip if you're in Zagreb or Split. 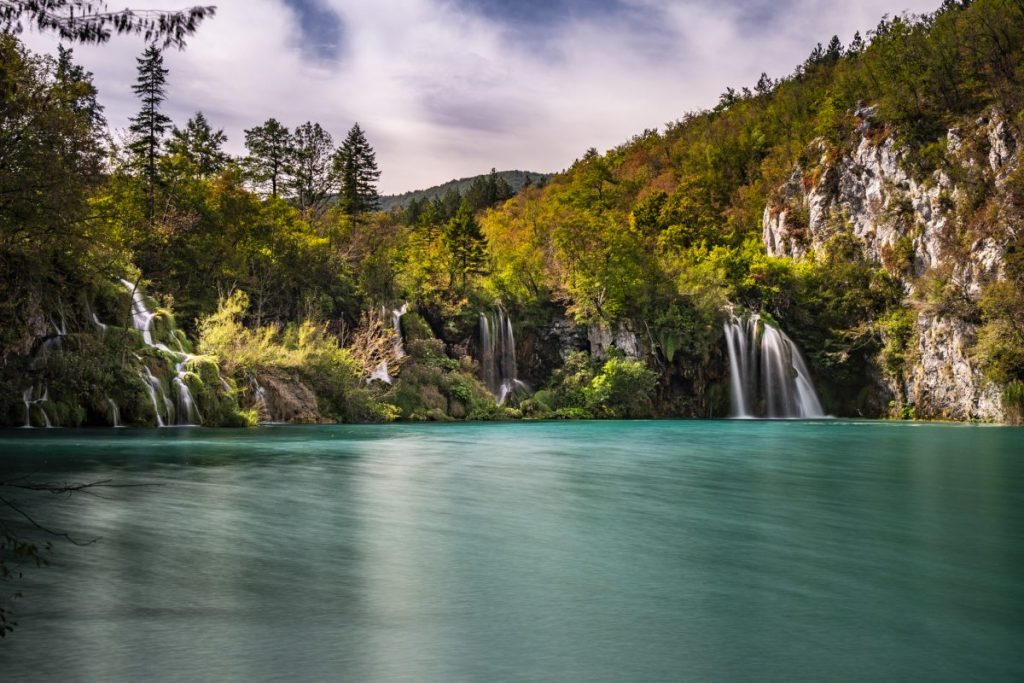 Visit Diocletian's Palace in Croatia's second biggest city, Split. The imposing ruins are what remains of the structure the emperor had built early in the 4th century. The entire complex swallowed up garrisons nearby and straddled 30,000 square meters. As you gaze at the palace's lower tier, imagine that it was once submerged in water at the request of Diocletian who wanted to be able to sail straight into the palace without walking through the city. The ancient fortress now hosts numerous cafes and restaurants scattered throughout what is now the old town of Split with its windy and characterful streets. 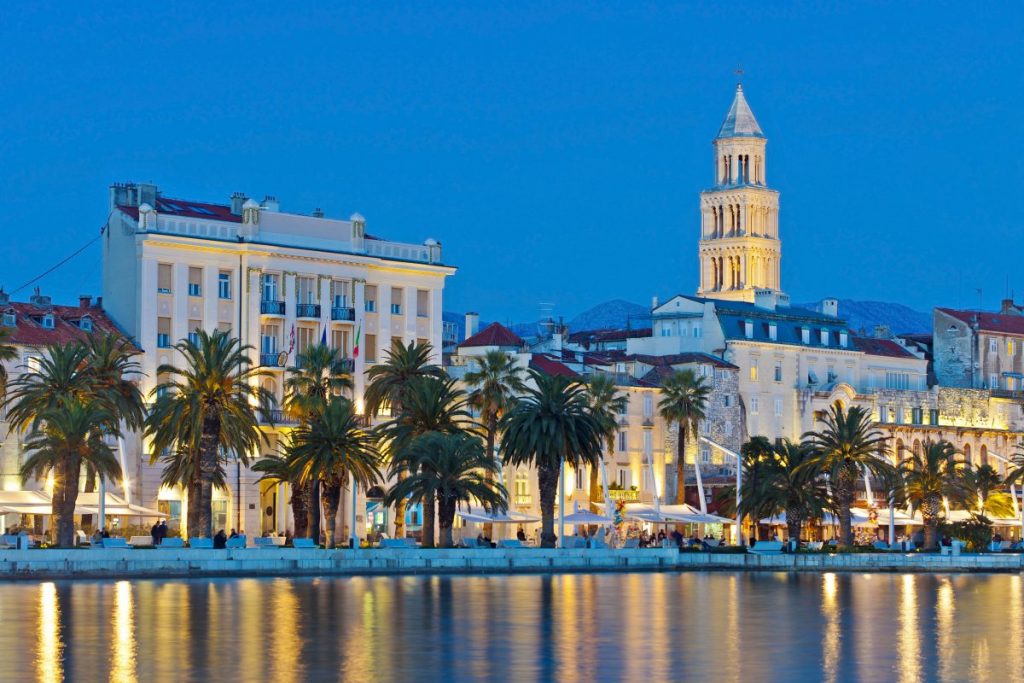 The Dalmatian Islands are on the itinerary of many visitors to Croatia, and no wonder thanks largely to Hvar. Once under Venetian rule, the old town is devoid of cars and comes replete with a delightful square with a 16th-century cathedral. Add to this mix a pretty harbor, its hilltop fortress, some of the country's best hotels and restaurants, not forgetting the beaches, then it becomes easy to see the appeal and why many catch the ferry from Split to come and experience it. 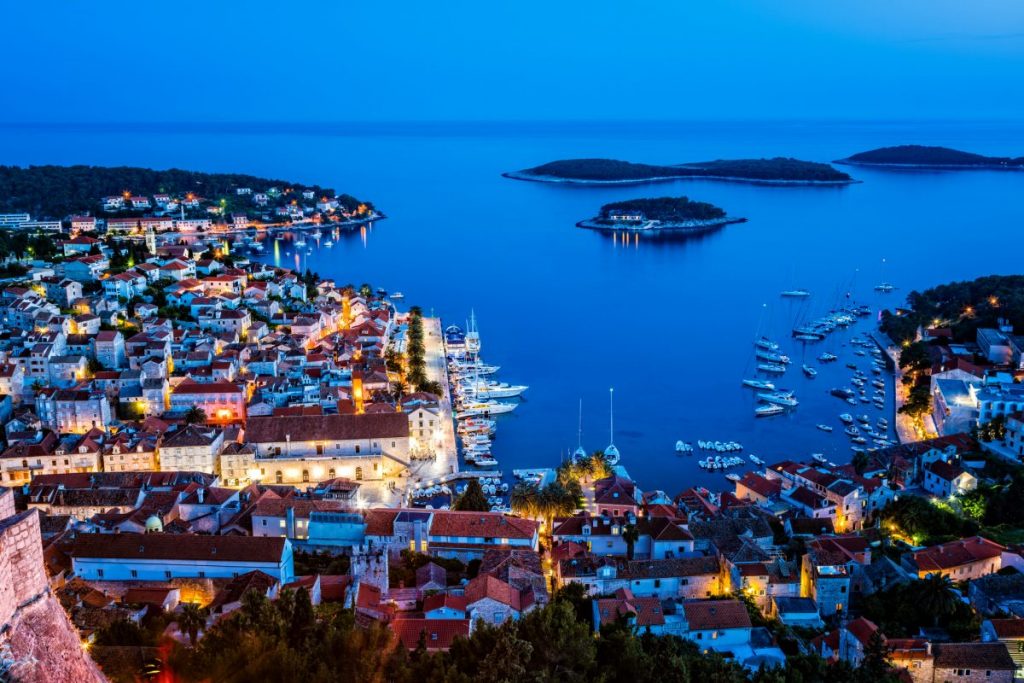 The pretty town of Rovinj is a delightful Venetian style town in Croatia's northwest composed of harborside houses of every pastel hue with the town's towering church overlooking pleasant vistas. A gentle mix of galleries, museums, seafood restaurants are waiting for you as you stroll streets of cobblestone. Situated as it is right by the clear waters of the Adriatic, it's an ideal place to swim. Although the beaches aren't the picturesque white sand, the quality of the water more than compensates. 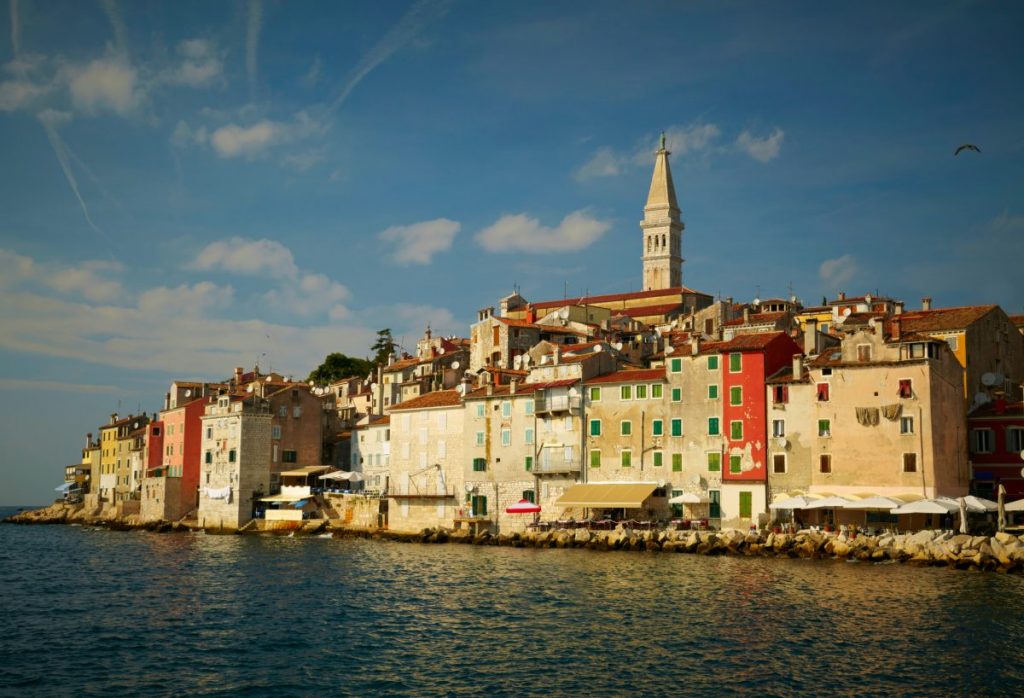 More than a hundred largely uninhabited islands await exploration in the Kornati Islands. A few scattered stone-built cottages used by fishermen and shepherds now serve as quiet retreats for visitors seeking out the quiet tranquility of the place. On occasion, they may also be used as seafood restaurants on occasion. Bear in mind; if you choose to stay, you will have no running water or electricity. This is a real break from civilization! Undoubtedly the preferable way to explore the archipelago is by sailing boat. On the other hand, day trips are possible from the mainland leaving either Zadar, Split or Šibenik. 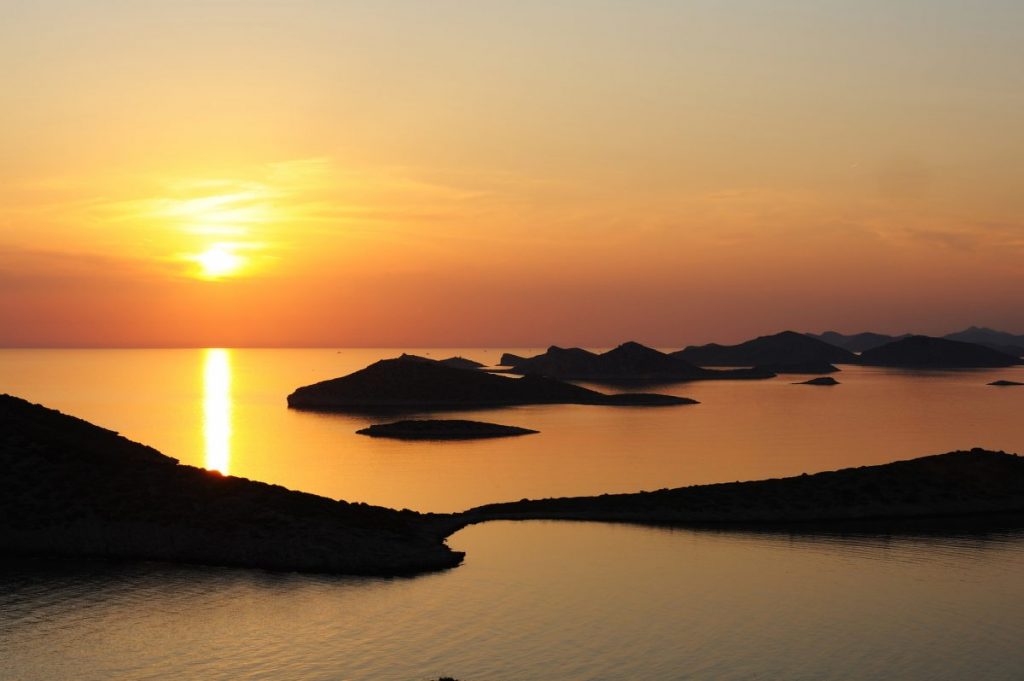 If beaches are your thing, be sure to visit Zlatni Rat Beach. The beach's name comes from its shape which means Golden Horn or Golden Cape rather than anything else. This paradise-like location forms a sort of mini peninsula formed by sediment and deposits of fine pebbles. The tip is continually changing its shape finding itself under the mercy of prevailing winds and sea currents. 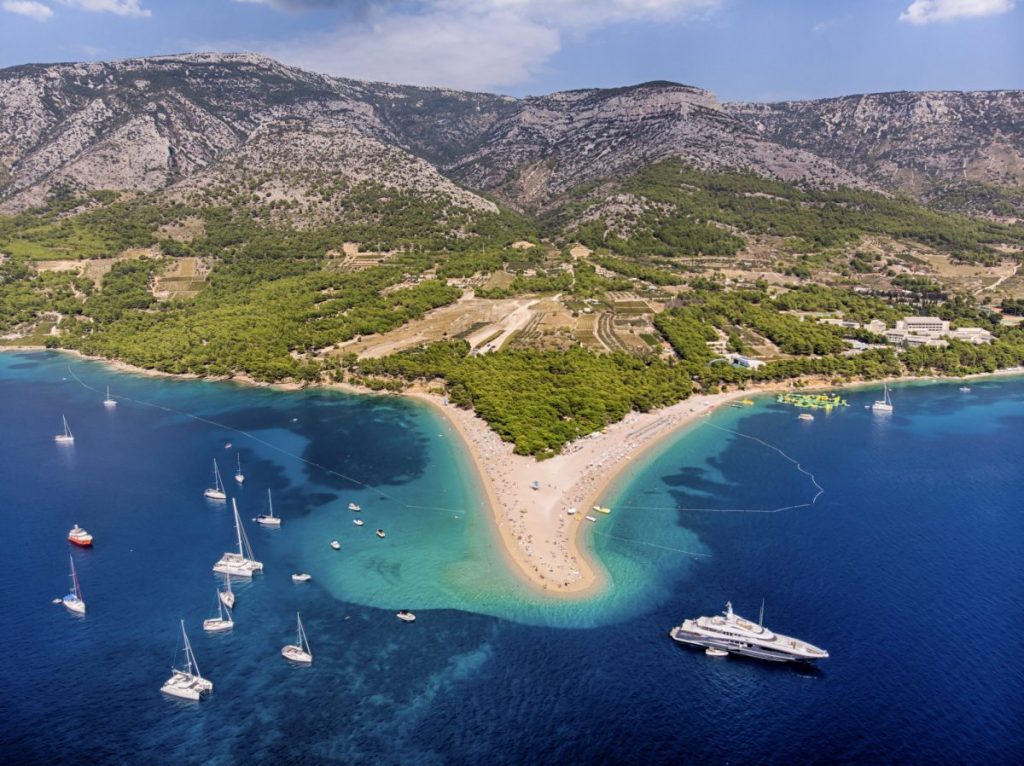 Pula's history extends all the way back to Roman times, and it soon shows. Its spectacular Roman ruins dominate the skyline near the seafront. Most famously, the imperious and Coliseum-like amphitheater which was built for an audience of 20,000. Today it still plays host to various sporting events and concerts. And it is the most well preserved Roman ruin outside Rome itself. Add to the historical attractions the delicious cuisine, which is essentially Italian, since Istria was still a part of Italy until 1947, along with such sights as the Lighting Giants in the Uljanik shipyard featuring the strangely arresting sight of illuminated cranes on display between 9 pm and midnight, various music festivals featuring reggae to jazz, and you have the makings of a very unique and diverse city. 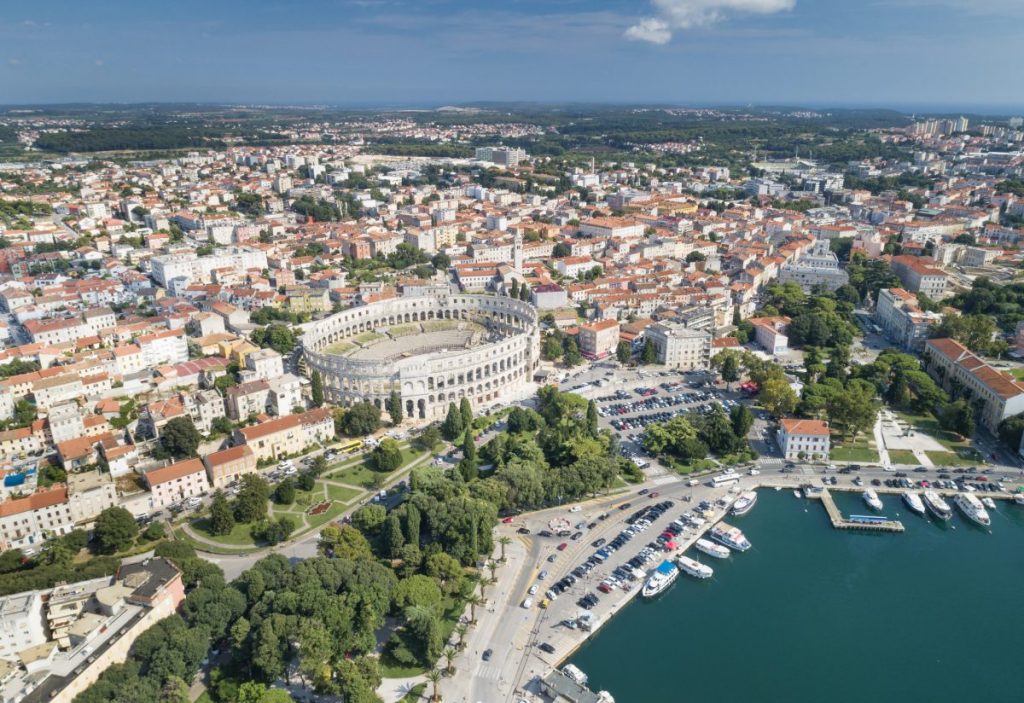 Another one for beach lovers is Stiniva on the island of Vis. A few years back, it was named the best beach in Europe by the Brussels-based European Best Destinations organization. Unbelievably clear turquoise waters lap the shores of this delightfully secluded white shingle cove. Yes, it is remote, but those who venture here are in for a treat. 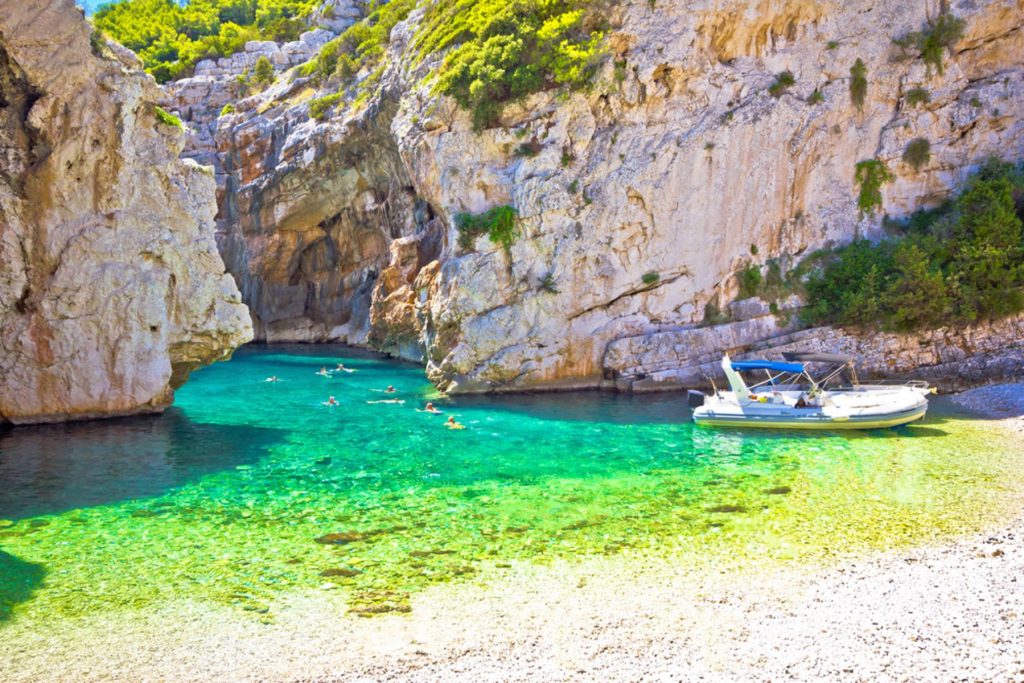 You will think you're in Tuscany when exploring some of the delightful medieval towns and villages that sit atop the hills overlooking idyllic olive groves and vineyards. Motovun is the perfect example of old Tuscan style charm. The hilltop walled city is a striking example of the Venetian colonial style replete with imperial looking stone lions guarding the gates. 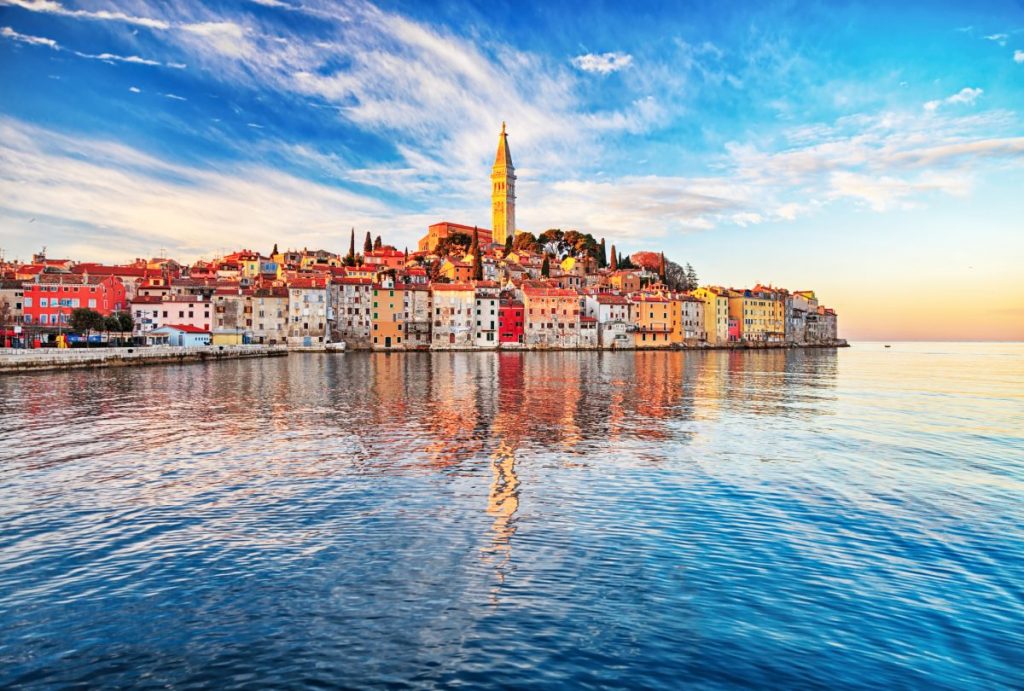