Everyone Should Visit the Great Wall of China

Like an ancient dragon, the Great Wall of China stretches through northern China and stands as one of humanity's greatest accomplishments. It may be the longest man-made structure in the world, but it embodies a spirit that's more important than just its length. The Great Wall is a testament to what humans could accomplish even thousands of years ago. When China first began building the Wall in the 7th century BCE, it wasn't even a unified country. Today, visiting the Wall allows you to experience scenic views from atop one of history's greatest marvels. Not only can you learn about Chinese history, but there are sections of the Wall for everyone. If you want to test your endurance, you can try the Jinshanling section. If you want an accessible and beautiful section, try Badaling. The Wall has endured the test of time and has become one of history's most interesting remnants.

Construction on the Great Wall began around 2000 years ago in the Qin dynasty. Around 220 BCE, the first emperor of a unified China ordered the removal of many older defensive structures and the merging of many of the existing walls along the northern border. Construction continued throughout many different dynasties, though most of the modern wall is the result of work during the Ming dynasty around 500 years ago. Eventually, China's borders extended beyond the Wall, and they saw no need to continue construction. 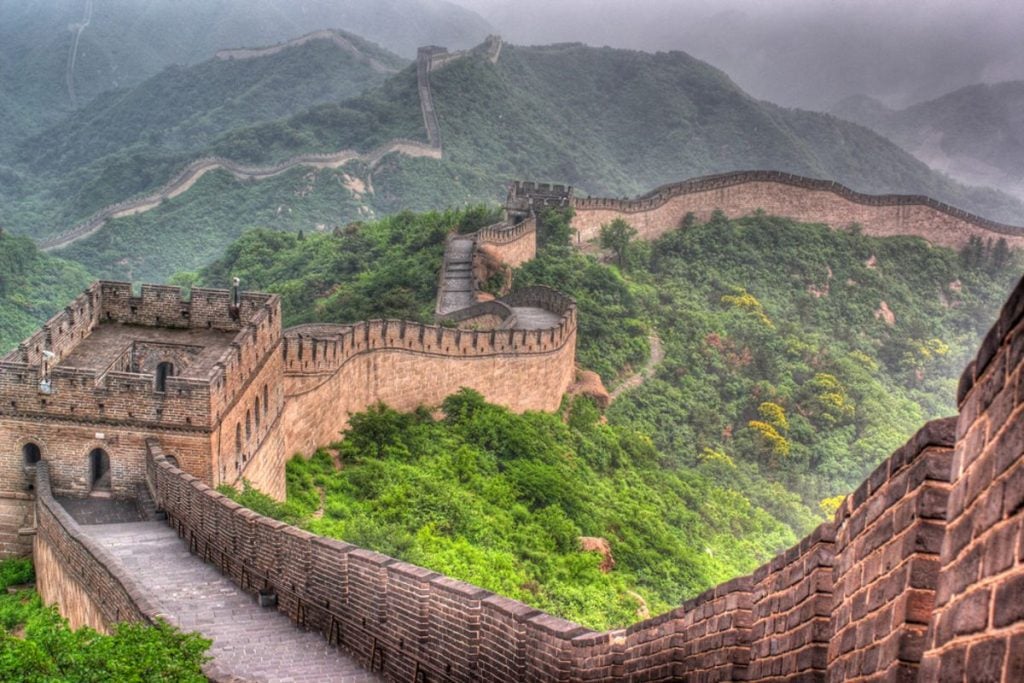 A Collection of Walls

Despite popular belief, the Great Wall of China is not a singular, snaking wall. It is, in fact, a massive network of walls that also includes many defensive structures, such as watchtowers, barracks, beacon towers, tunnels, and fortresses. If you look closely on certain sections of the Wall, you'll be able to see holes that ancient soldiers used to shoot arrows or stone missiles from the safety of cover. There are also water spouts, drainage ditches, sections for horses, and combat trenches. 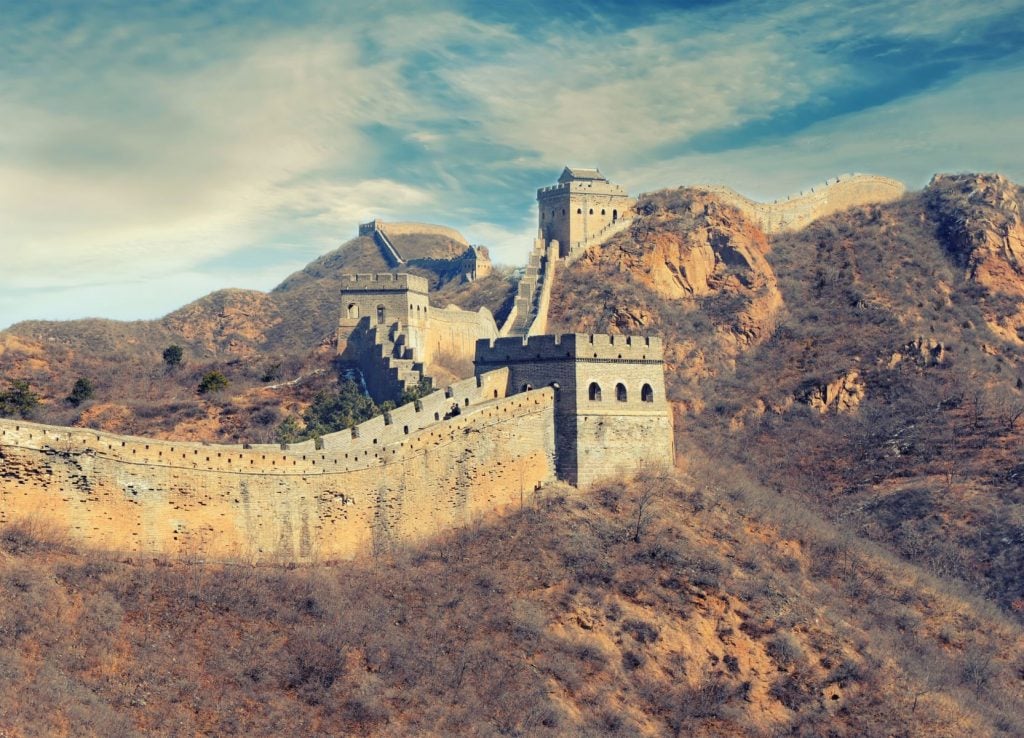 Food in the Bricks

If someone were to ask you what materials make up the Great Wall, you would probably never guess the Wall's secret ingredient. When building the Wall, workers put glutinous rice into the mortar because it was so sticky. Modern studies have discovered that the stickiness of the rice comes from its amylopectin and that it has proven to be surprisingly effective as a binding material. Glutinous rice, sometimes known as sticky rice, appears in many Asian dishes, including Chinese dim sum or Japanese mochi. 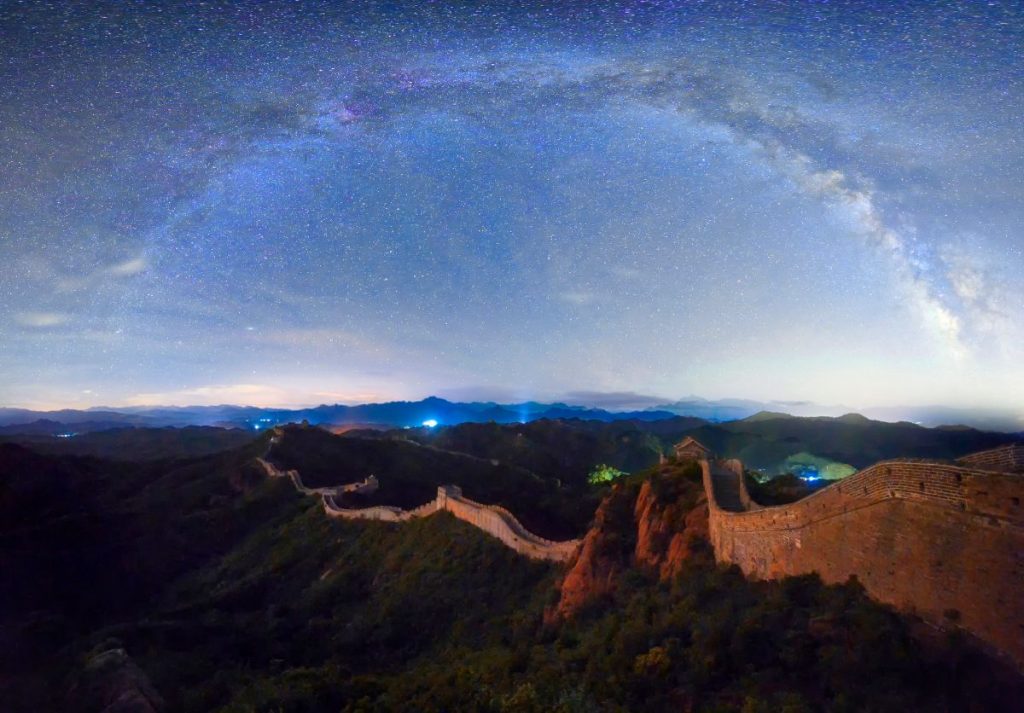 The Great Wall is one of the most popular tourist destinations on the planet and remains a symbol of China for most countries. However, China itself didn't view the Wall as a source of pride until the 20th century. Before this, the Wall rarely appeared in Chinese texts or documents. China first took note of the Wall's popularity during the 19th century when foreign travelers and traders returned with stories of the massive structure, promoting further tourism. 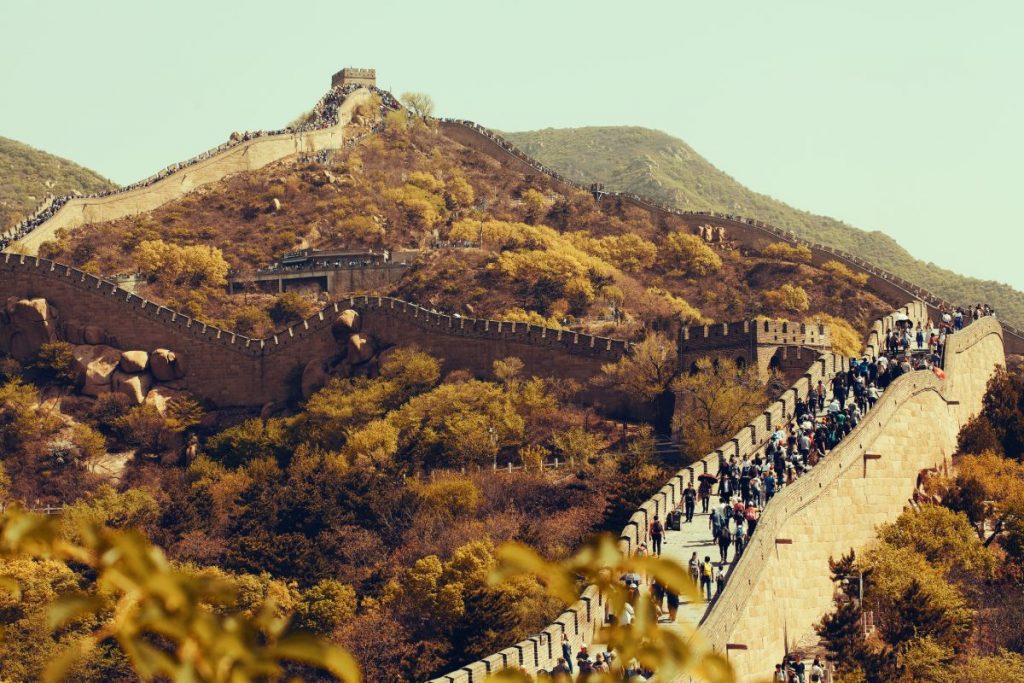 When people envision the Great Wall, they often imagine an impenetrable and perfectly kept defensive wall overlooking a vast mountain range. While this is mostly true, what most people see of the Great Wall is relatively recent. In reality, because China viewed the Wall as unimportant for so many years, many of the older sections never received proper maintenance and have crumbled. Due to human interaction and the test of time, almost a third of the Wall has vanished. 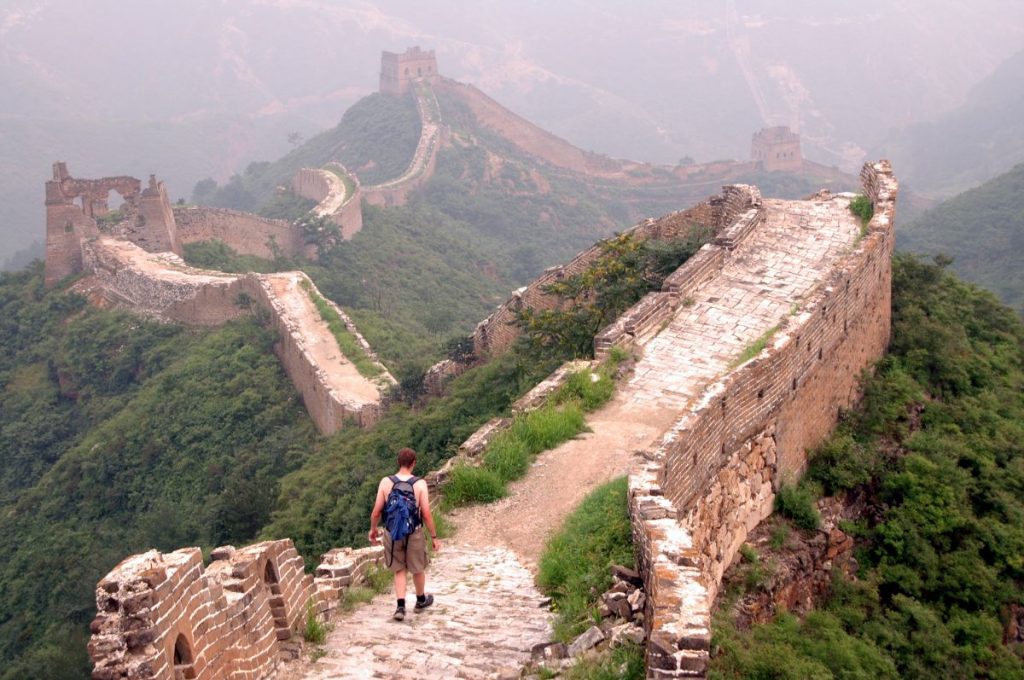 From Wall to Home

During various points in the Wall's history, many Chinese citizens and government officials felt as if the wall held no purpose. Because of this, they began to take materials from the wall and use them in other construction efforts. This occurred as recently as 1976, during the country's Great Proletarian Cultural Revolution. Mao Zedong felt as though the wall was a relic and that its materials would be useful for housing, leading to the destruction of miles of the Wall. 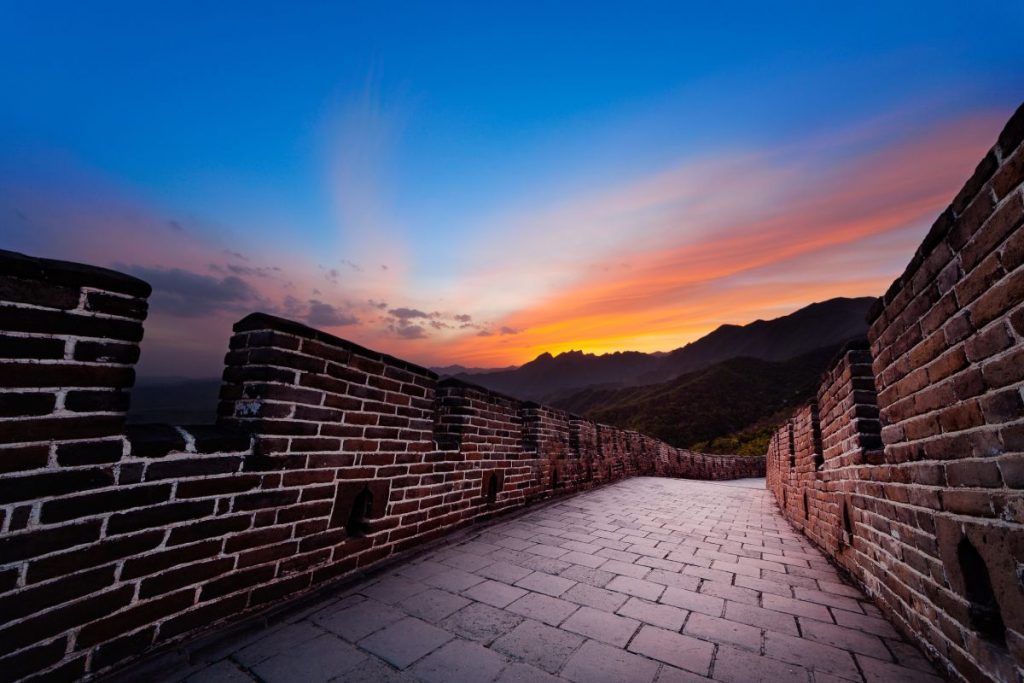 No Bones About It

Another of the more popular beliefs about the Great Wall is that it contains the corpses of the 400,000 workers who died during its construction. There are many possible origins for this horrible rumor, including an angry historian seeking to insult his previous emperor or myths concerning proper burial. However, those who have moral qualms about visiting the Wall shouldn't worry, as nobody has ever discovered bones in the Great Wall. Additionally, the only written evidence of this fact is thousands of years old, meaning that the spots we visit now didn't even exist yet. 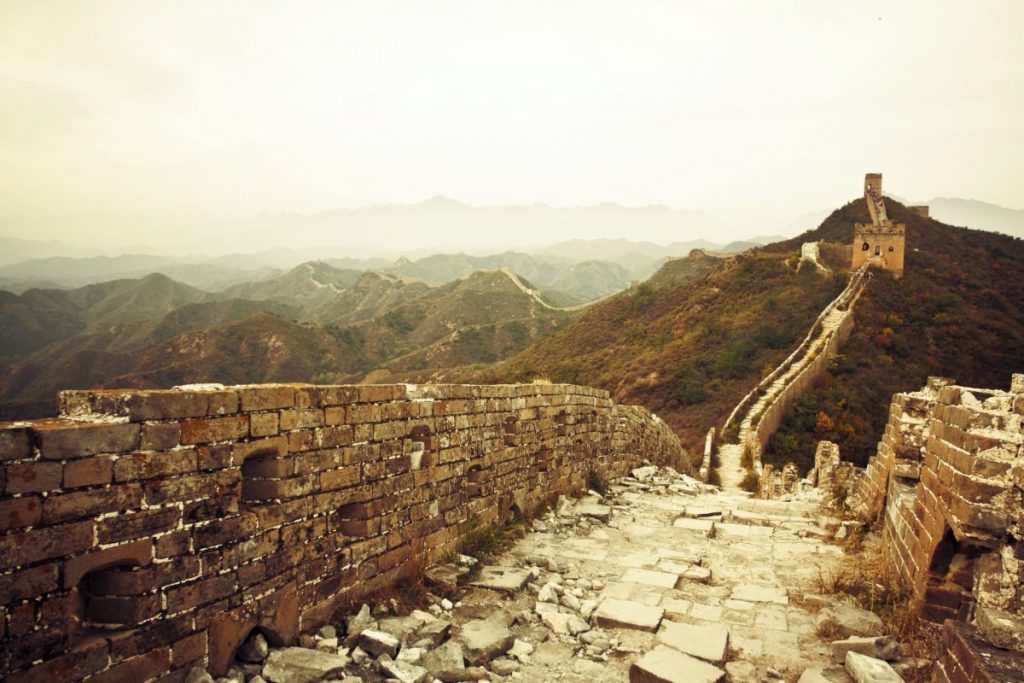 Despite all of the resources that China has poured into the Great Wall throughout its history, it was rarely effective in warding off invaders. Many of the country's most dangerous enemies were able to bypass the Wall. In the 1400s, Mongolian armies managed to defeat Ming forces south of the wall. Additionally, a Manchurian invasion force broke through the wall in the 17th century, and their victories directly led to the end of the Ming dynasty. 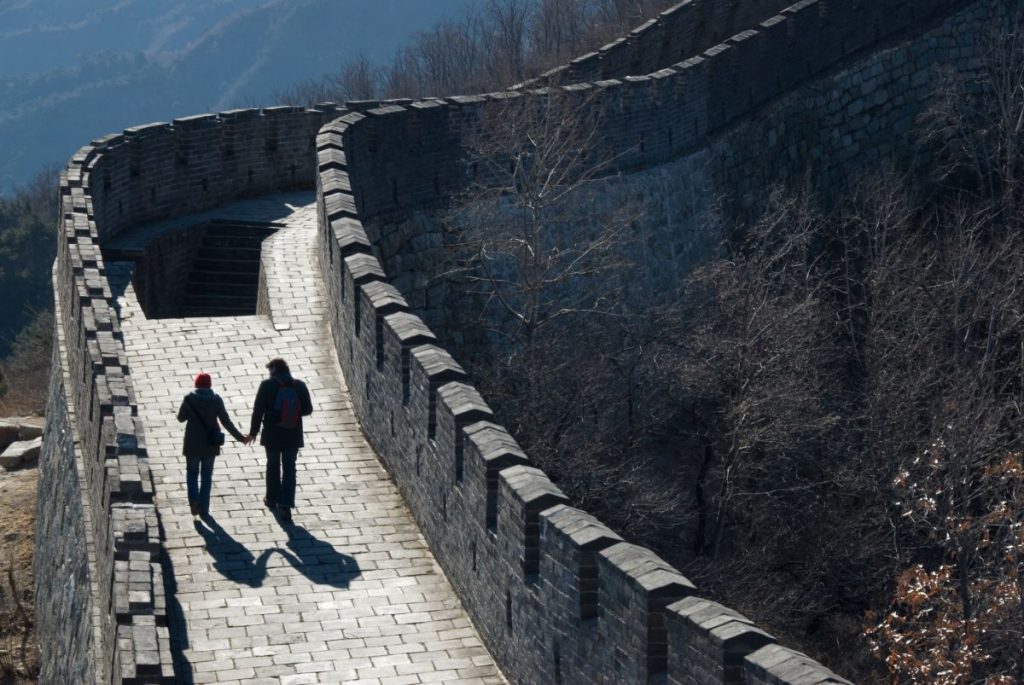 The View from Space

One of the most popular "facts" about the Great Wall is that it is visible from space. This seems like it makes sense in theory, simply because the Wall is so massive. Unfortunately, many astronauts have debunked this theory, and NASA itself says that it would take nearly perfect conditions for it to be barely visible from the lowest possible orbit. Interestingly, the myth dates back to a William Stukely book from 1754, two centuries before space travel would occur. 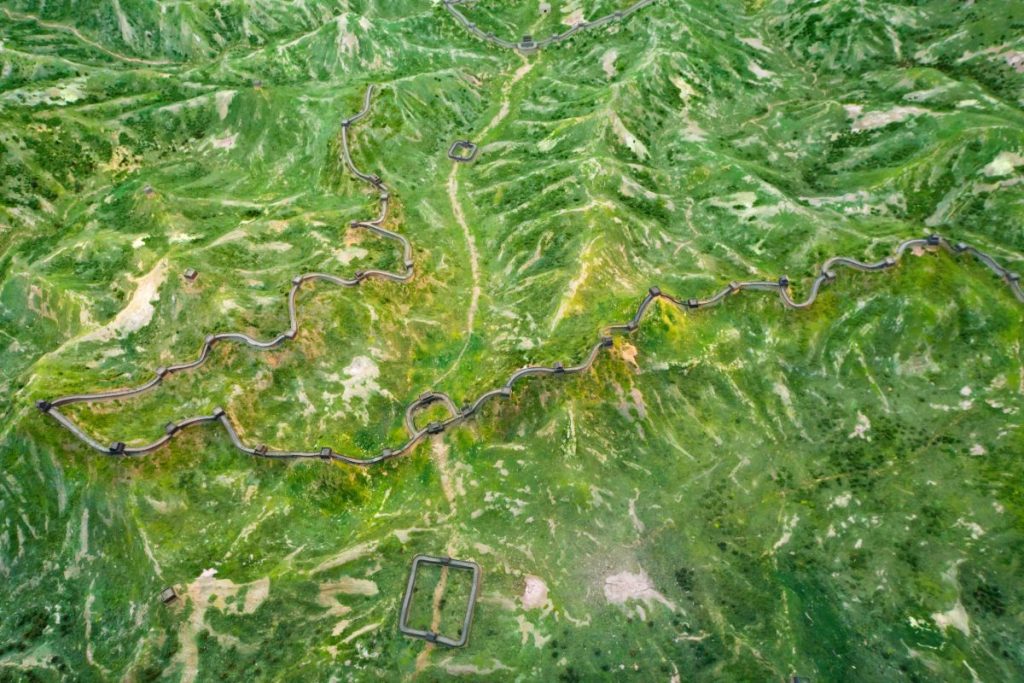 Though the Great Wall is thousands of years old, we still don't know exactly how long and how expansive it is. As recently as 2012, historians and researchers discovered previously unknown sections of the wall consisting of basaltic rock and stretching across extinct volcanoes. Interestingly, ancient Mongolian texts refer to this section as the "Wall of Genghis Khan" and claim that it was an animal fence, but historians have proven this to be untrue. It's possible that this misinformation and the destruction of the wall is why it remained unknown for so long. 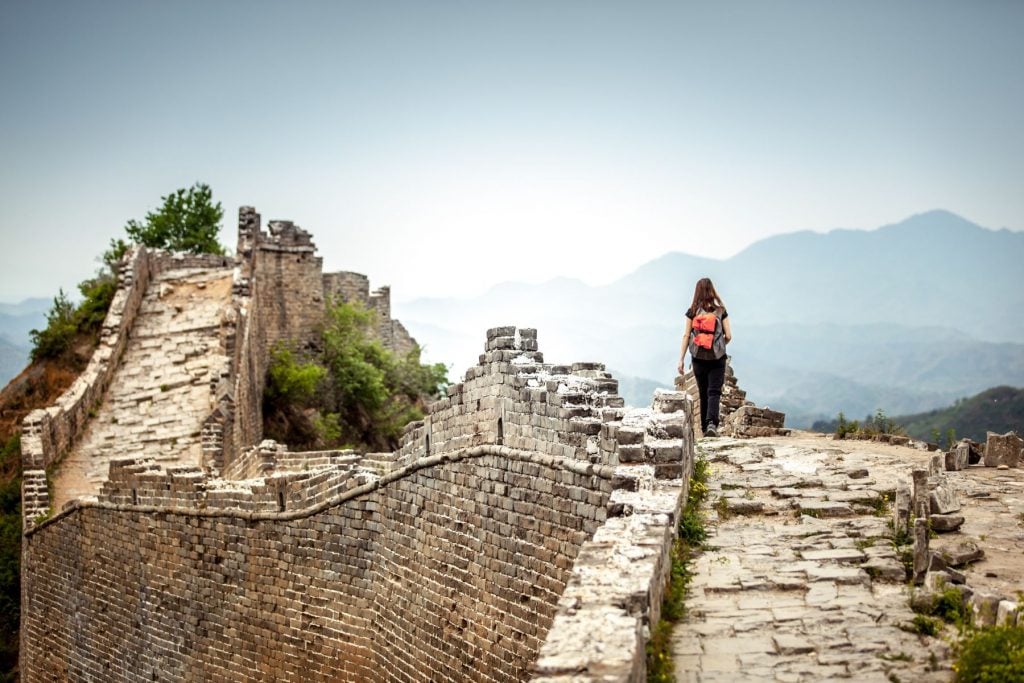 Though we refer to the Wall as the "Great Wall of China," China itself has had many different names for the wall. One of the earliest names was the "Long Wall," which eventually became "The 10,000-Li-Long Wall." Though li is a traditional Chinese unit, the term "10,000" is figurative, meaning that the wall is immeasurably long. In the years since, the Wall has gained some more impressive names, such as "The Earth Dragon" and "The Purple Frontier." 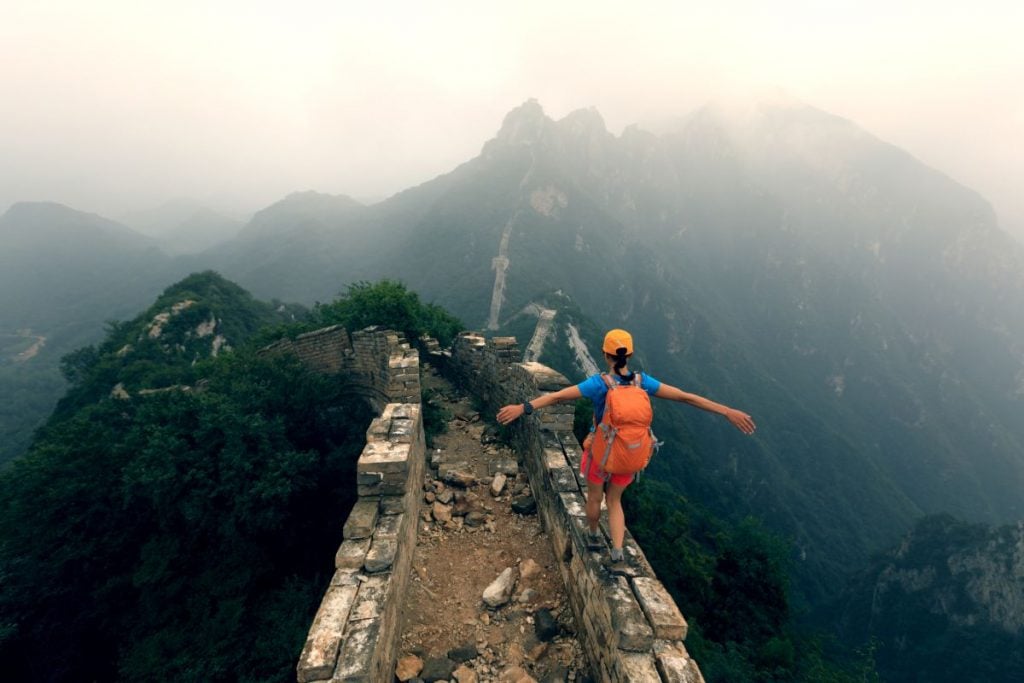 The Great Wall of China has been a popular tourist destination for centuries, attracting many famous historical figures. However, one of the most famous tourists may be somewhat surprising. Marco Polo frequently traveled between Beijing and Kublai Khan's palace in Shangdu, meaning that he crossed the wall many times and never referenced it. This also means that you can stand where one of history's greatest explorers stood. 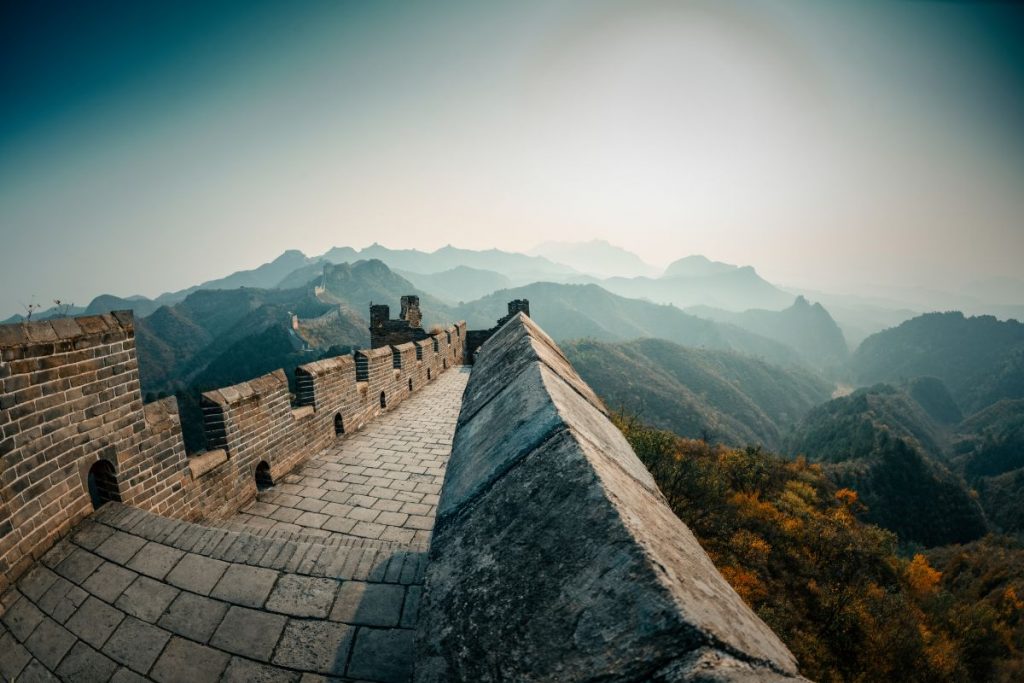