Essential Things to Do in Bermuda

The common misconception is that Bermuda lies in the Caribbean. But this cluster of islands is less than 700 miles off the coast of North Carolina in the Atlantic Ocean. Bermuda is a short, three-hour flight from several travel hubs on the eastern coast of the U.S. It is a self-governing, British Overseas Territory that offers a subtropical climate with pleasant, mid-60s temperatures in the winter, and mid-80s in the summer. Bermuda has no rainy season, which allows for a wide variety of things to do throughout every season.

Bermuda has three regions, the West End, Central Bermuda, and the East End. The capital city of Hamilton is a colorful, lively harbor city in Central Bermuda. In the summer months, head to the city’s main thoroughfare, Front Street, and join in on the festive Wednesday night weekly street party, Harbour Nights. Between 7 and 10 p.m., officials shut down Front Street and stop all vehicle traffic. This allows visitors to explore the artisan shops and eateries, chow down on street food, take in the cultural performances, dance, and mingle with fellow travelers and locals alike. 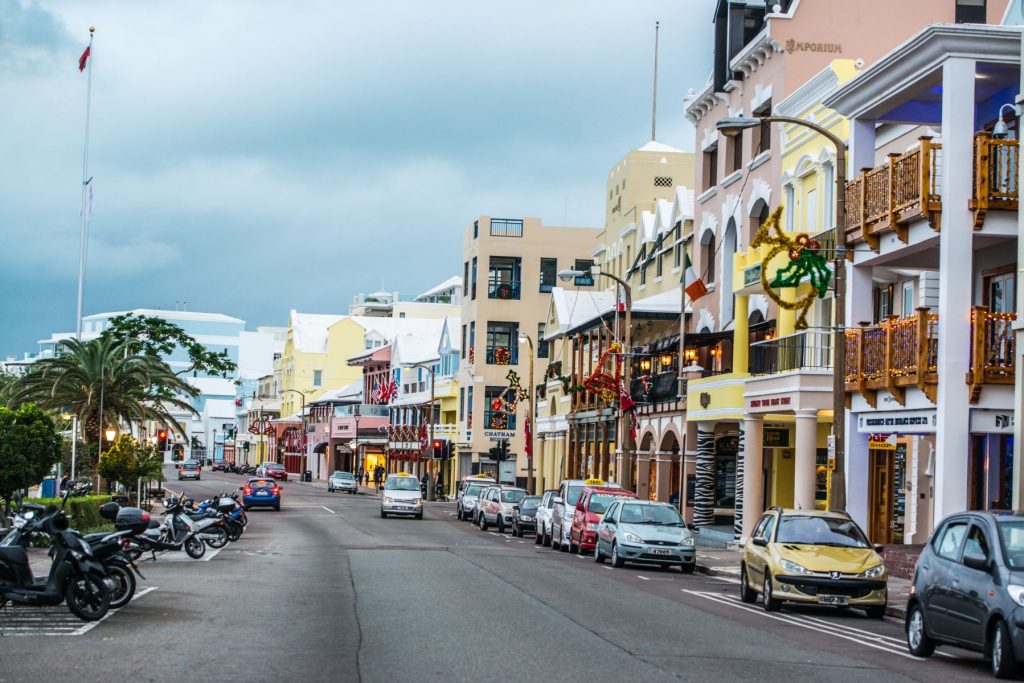