Don't Do These Things In Thailand

Thailand is a stunning tropical destination that's popular with holidaymakers across the world. While Thai people are friendly, there are a few tourist habits which Thai natives find annoying. When visiting another country as a tourist, you are entering a vast house of a distant relative with unfamiliar rules of etiquette. There are many words, hand signs, gestures, and habits people do every day which are very rude in Thailand.

The street food in Thailand is some of the best cuisines in the world. Food safety fanatics might balk at the sight of meat marinading outside without a refrigerator, but the fact is Thailand street food is both delicious and safe to eat. Think about it, would a street vendor last if their food made people ill - of course not. Remember most of the street food is aimed at busy Thai locals, not tourists, so their reputation is essential for their business. If you want to be 100% sure the food is cooked correctly, you can watch it being prepared right in front of you - just like at a fancy restaurant. 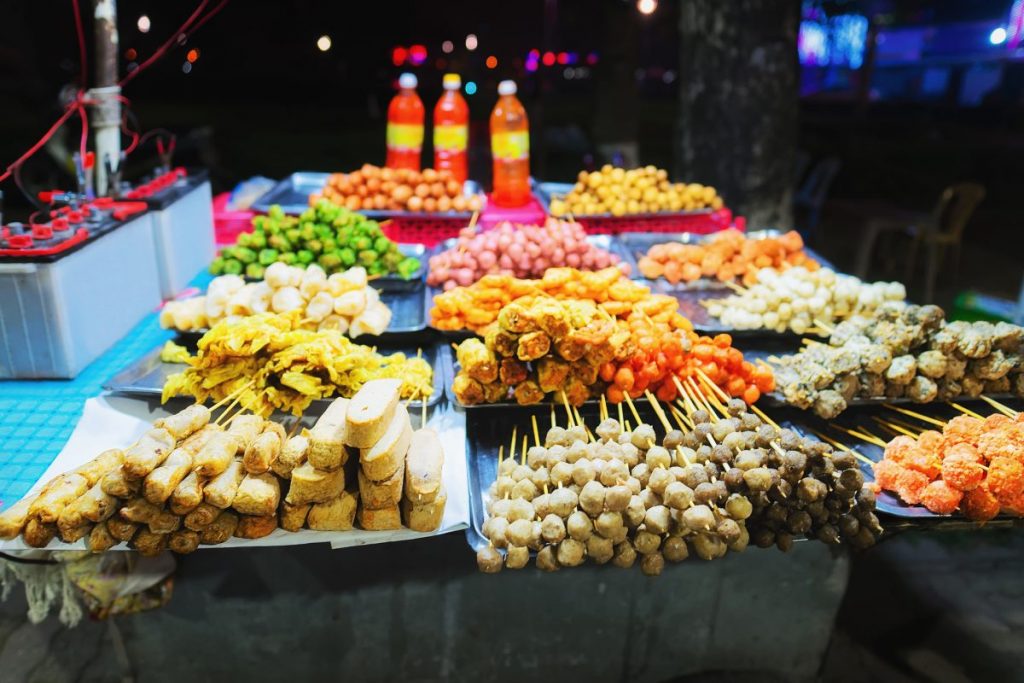 Durian fruit is a prized delicacy in Thailand. It's a large fruit about melon-sized and covered in green spikes. That won't be the first thing you notice about it, however. The smell is dreadful and similar to a sewer. But the taste is entirely different. It's one of those flavors that's hard to describe - you have to taste it for yourself.

But this fruit is anti-social. Restaurant and supermarkets rarely stock durian; it's that smelly. If you are lucky, you may see a street vendor selling durian, and they will sell out quickly as Thai locals snap up the fruit. But remember not to eat it in public as the smell will put people off their food. Even taxis ban durian fruit, so if you have to transport it keep it tightly covered to stop odors escaping or you may be asked to leave. 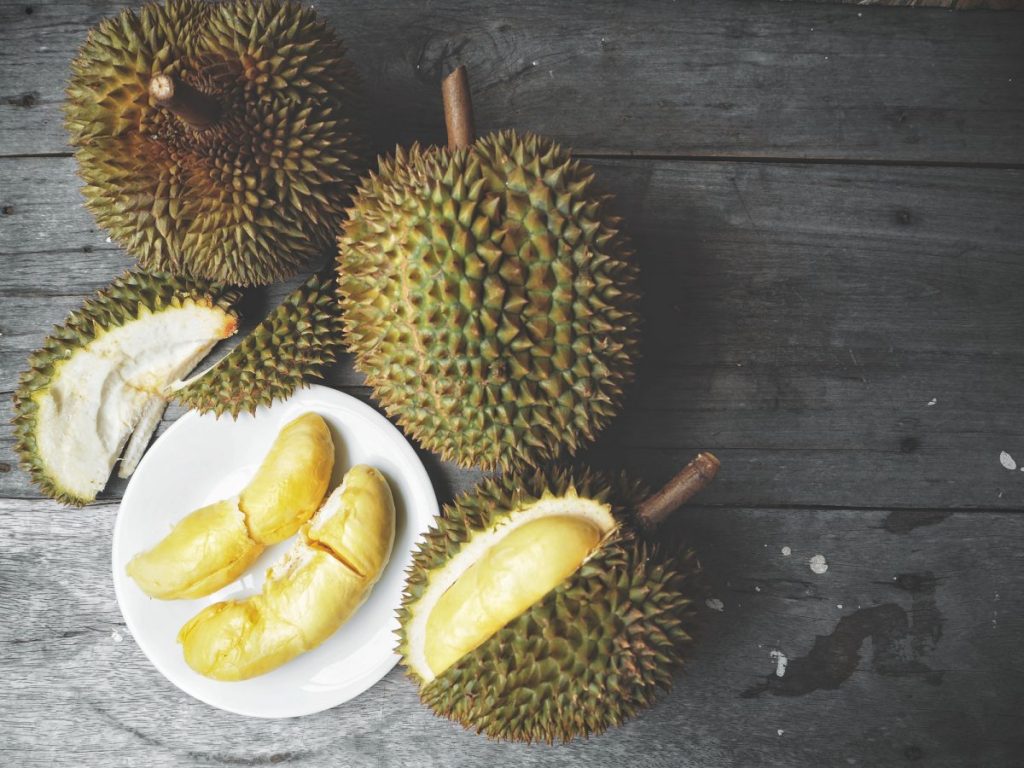 Mistreat Animals For A Cool Photo

Riding on an elephant or petting a tiger might make a cool photo, but the truth of the abuse animals experience at some attractions is now out in the open.

Remember that both these animals are potentially dangerous and endangered. The worst-case scenario is you could be seriously hurt. Even if you aren't harmed, the treatment of these animals is cruel and detrimental to the species survival. Hardly worth it for a cool photo. 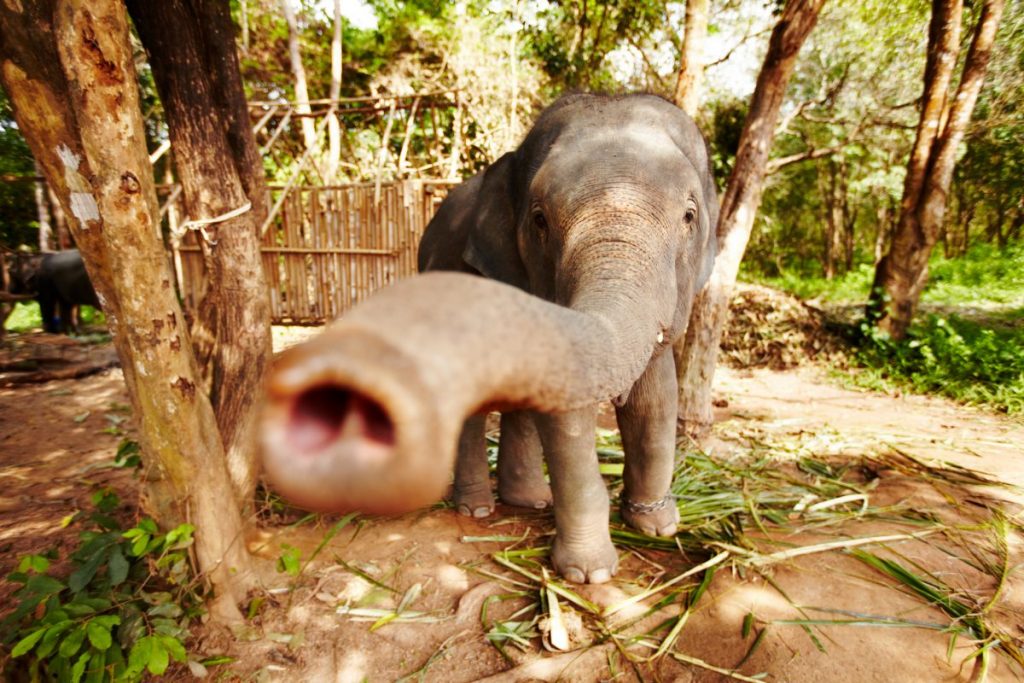 Letting your hair down and enjoying a few drinks is part of many people's holiday plans. Thailand is no exception, and with its reputation as a backpackers paradise, there are plenty of bars offering drinks to tourists. The problem is that Thailand doesn't stick to the same strict alcohol unit measurements that other countries are used to. That means your vodka and coke might be three-quarters vodka and only one-quarter coke.

Alcohol poisoning is not uncommon among holidaymakers and can lead to serious health consequences. Remember your limits and keep hydrated with water. Being outrageously drunk is shocking to the conservative Thai people, and you will regret it in the morning. 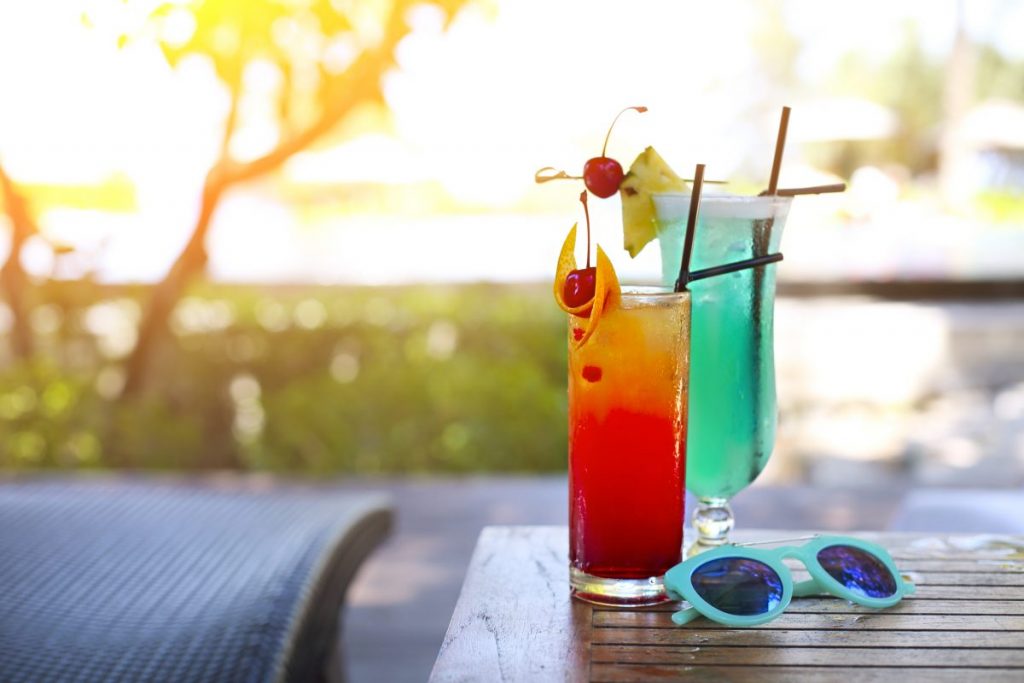 Because people think of Thailand as a beach destination, they pack swimsuits, shorts, and clothes that generally expose lots of skin. While that is fine for the beach, Thai people considered it extremely rude to expose bare arms or legs in public. Many locals are getting used to how tourists dress, but that does not make it right. Think about how you would dress at a church at home, and dress as respectfully at a temple in Thailand. An easy and lightweight solution is to bring a shawl with you, something you can quickly cover up with when needed. If you try to get into a museum, temple, shrine or other sightseeing destination dressed in shorts, a cropped top, and flip-flops, don't be surprised if you are refused entry. 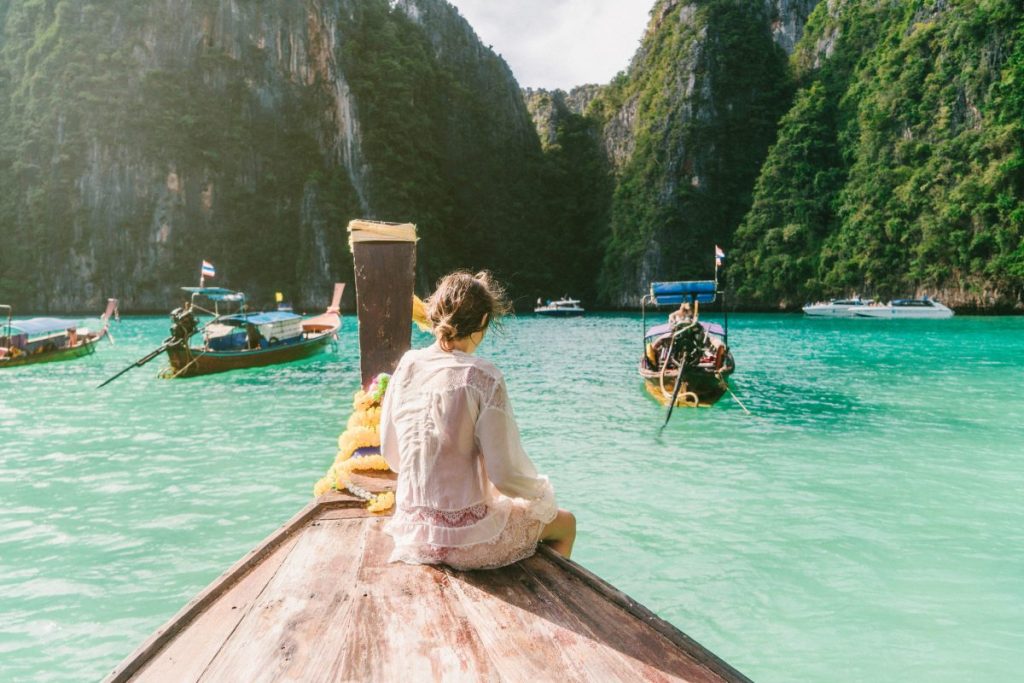 Thailand has a reputation as a destination for recreational drug use. Although many drugs are freely available, they are still illegal. If caught in possession, you face long jail sentences in Thai prisons. Convictions might be rare, but threats of jail are not. Many tourists have to pay bribes to avoid jail.

There are increasing cases of police posing as drug sellers to catch people out then asking for bribes to avoid arrest. Think carefully about what you chose to do abroad because, as with all street drugs you don't know what it's cut with. The best option to stay safe is to avoid recreational drugs altogether. 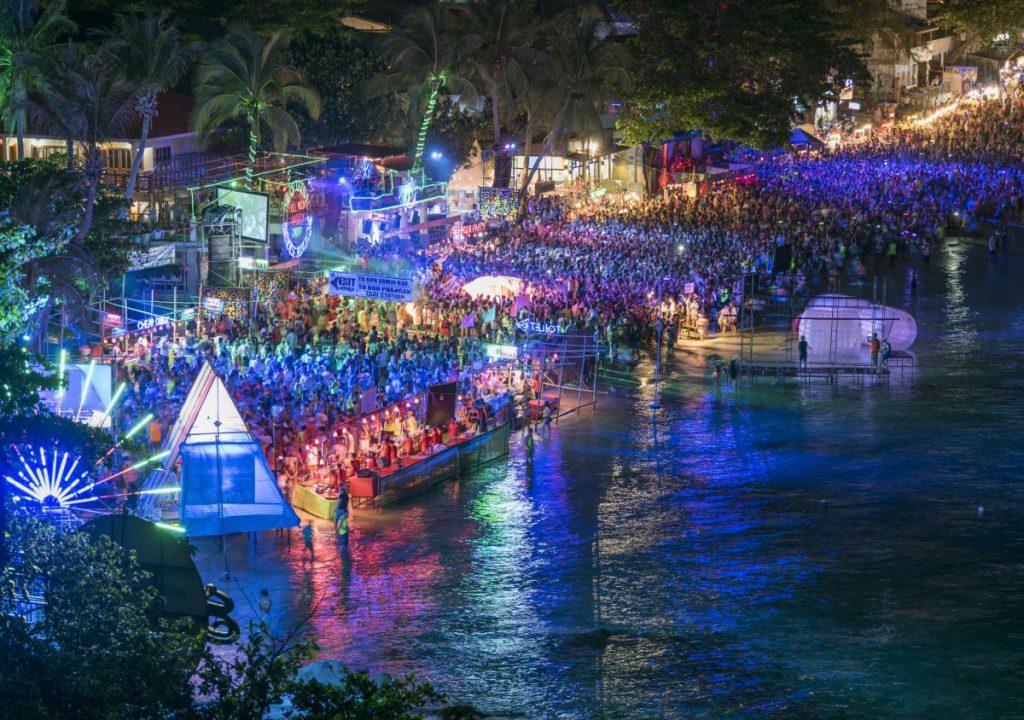 Being Unprepared For The Weather

Thailand has two seasons: wet and dry. If you visit during the wet monsoon season, expect plenty of rain. Walking around in flip-flops during rainy weather will make your feet filthy - how would you feel if someone with dirty feet came into your shop or hotel? And summer beach shoes with no grip are hazardous to wear on slippery steps and stone floors.

The mountains of Thailand have their own weather, where it can be cold and rainy even during the hot season. Check the expected temperature where you plan to visit and pack accordingly. Getting hyperthermia from being wet and cold is not a good holiday memory. 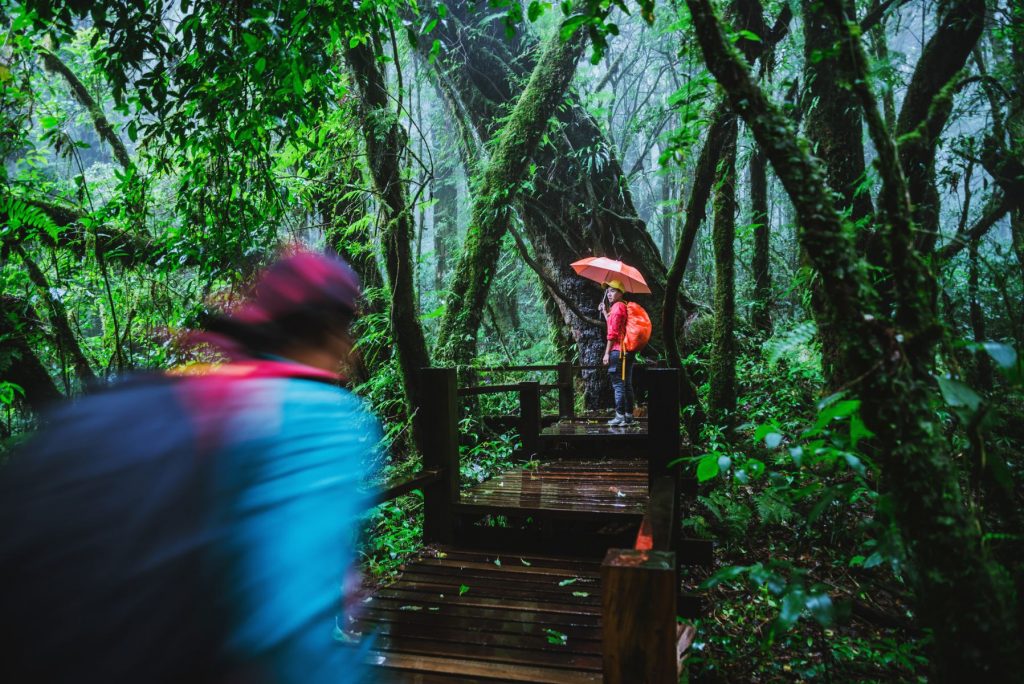 Think Everyone Is A Scammer

Yes, there are plenty of scams in Thailand. It makes sense for travelers to be aware of the common pitfalls for tourists. A few scams that have been around for years are:

As a simple rule, if it sounds too good to be true - it is! And if you are a victim of a scam or a rip-off, think about how much money you lost. If you overpaid for something and still paid less than you would at home, then put it down as a life lesson and forget it. 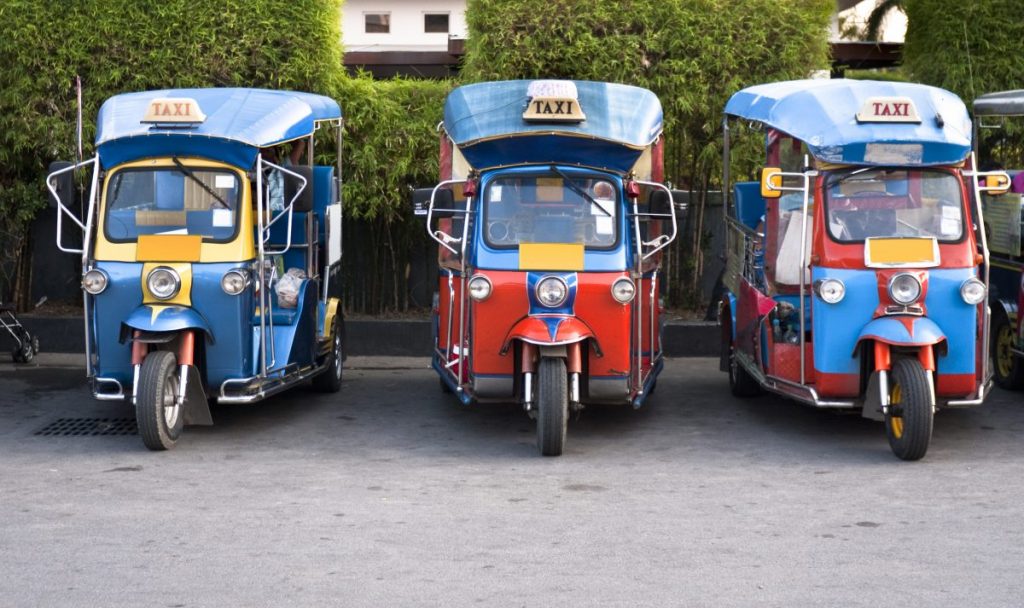 Be Nervous About Haggling

Haggling is a lost art for many people in the west. But fear not, it's easy to pick it up and fun to practice.

Shoppers in Thailand are used to negotiating prices with taxi drivers, market sellers and even in shops. The only exception is where prices are clearly labeled. If you have to ask "how much?" then expect to haggle. Start by offering 20% less than the asking price. Treat it like a game; it's all good natured banter. But don't start haggling on something you never intend to buy, you'll be wasting the sellers time. 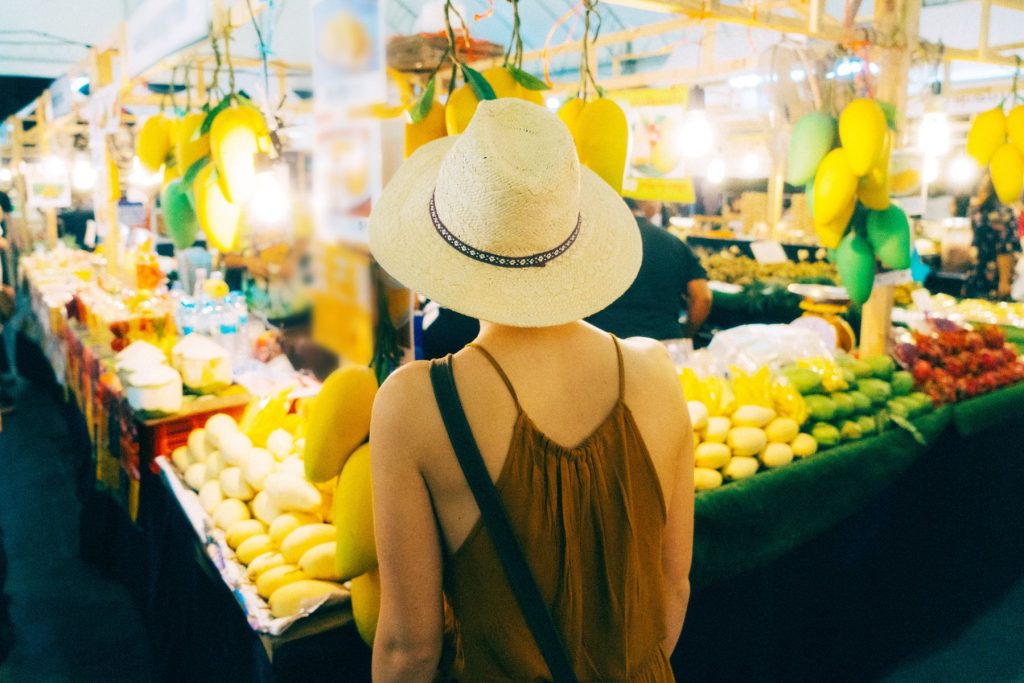 Stay Within A Resort

Thailand has many expensive and upmarket beach resorts, the kind with spas and private beaches. These resorts are popular with honeymooners, and you can see why - the pictures are stunning. But these resorts often bring their own employees from outside Thailand meaning the local people and economy do not benefit from tourists money.

Visiting Thailand should not just be about the lovely beaches and hot weather. Thai people are proud of their culture and heritage. Make sure you leave the resort occasionally to experience the real Thailand. 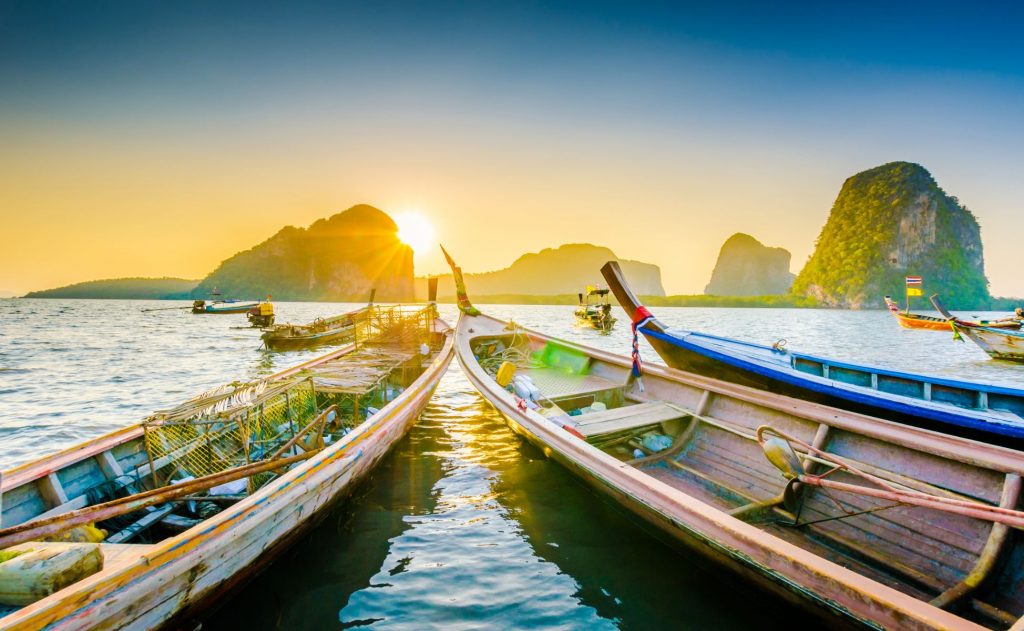