If you're a person filled with wanderlust who wants to take in the world, there is no better time than the present. We live in an age where you can travel almost anywhere and participate in the world around you. There is no better time to share our culture and experience other traditions. Some people may feel lost or wonder how they can do that. When it comes to sharing experiences, one of the best ways is through a cultural event. Whether it's a world music or film festival, a highbrow artistic soiree, a giant free-for-all food fight, or a wild, days-long party, cultural events are your best way to truly enjoy and explore amazing destinations. Some last only a few hours, while others continue for a week or more. The best events are well-known and attract massive crowds that add to the excitement and fun of these celebrations.

Most people wouldn't consider joining in on a huge-but-friendly battle with 20,000 people, armed only with squishy, over-ripe tomatoes. But every year, on the last Wednesday in August, the town of Buñol in Valencia, Spain transforms into a giant battle arena. The event dates back to 1945. The rowdy, but ultimately harmless battle royale lasts for a little over an hour, leaving participants and the streets covered in more than 100 metric tons of tomatoes. 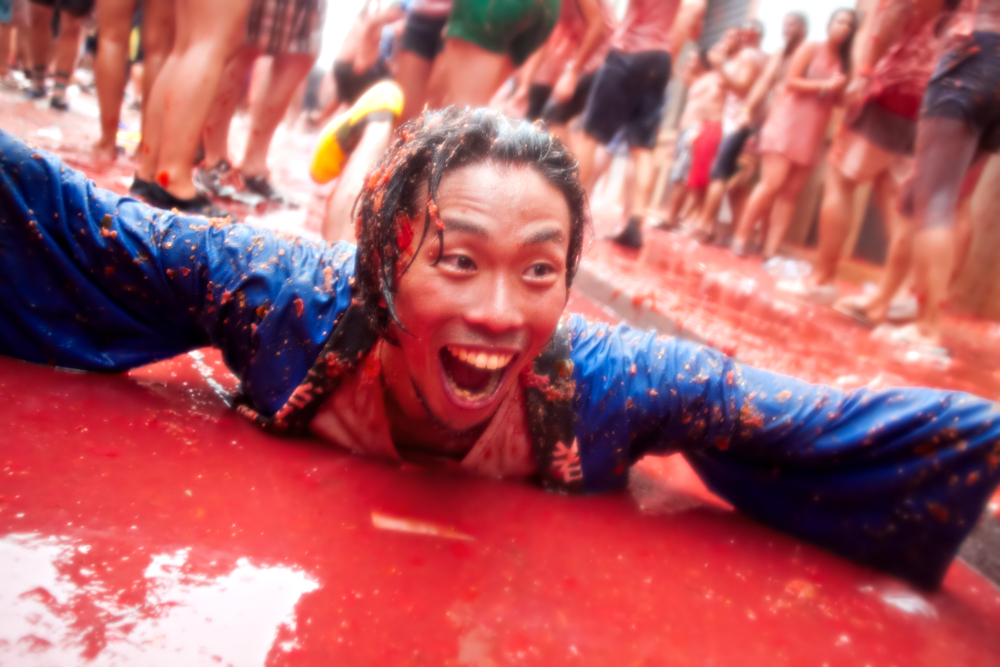 Each year in July, people from around the world travel to Pamplona, Navarra, Spain to experience the week-long San Fermin celebration. Most people are familiar with the main event, the running of the bulls, but many don't realize this festival is a giant, seven-day party. A firecracker pops early in the morning, triggering the 900-yard dash with the bulls through the city streets. After the run, the city celebrates with a parade featuring people in massive 3-foot tall masks and giant figures as traditional music fills the air and parties continue throughout the week.

For almost three weeks in early March, the city of Valencia lights up with a commemoration of Saint Joseph known as the Falles. This celebration originates from an old carpenter's tradition of creating a large bonfire to celebrate Spring's arrival. Each year, people from each neighborhood join together and produce towering monuments which they eventually burn in celebration. The festival is a treat for all five senses as you take in the fire, fun, music, and food of one of the world's most unique celebrations. 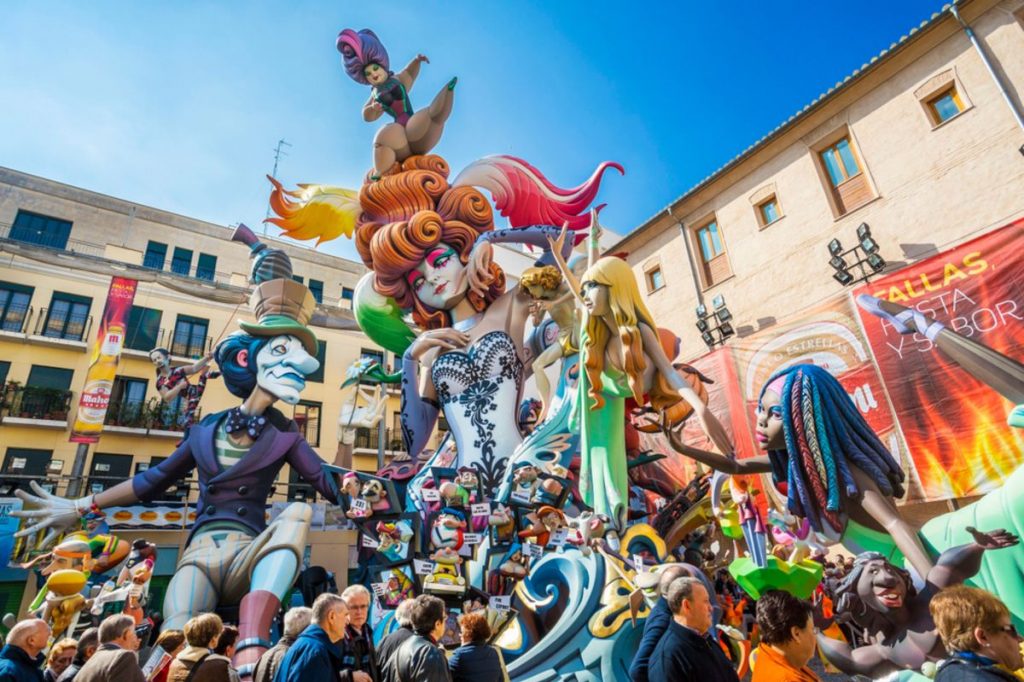 When it comes to world-famous festivals, few hold the cultural renown and popularity of Munich's Oktoberfest. Millions of people flock to Munich each year to take part in the two-week celebration of beer, food, and games. The event opens with a massive parade of carriages and floats before leading to the food and festivities. Soak up the hundreds of beer varieties with a roasted chicken or a giant pretzel before enjoying thrilling rides such as the "Devil's Wheel" or the "Lightning from Hell." 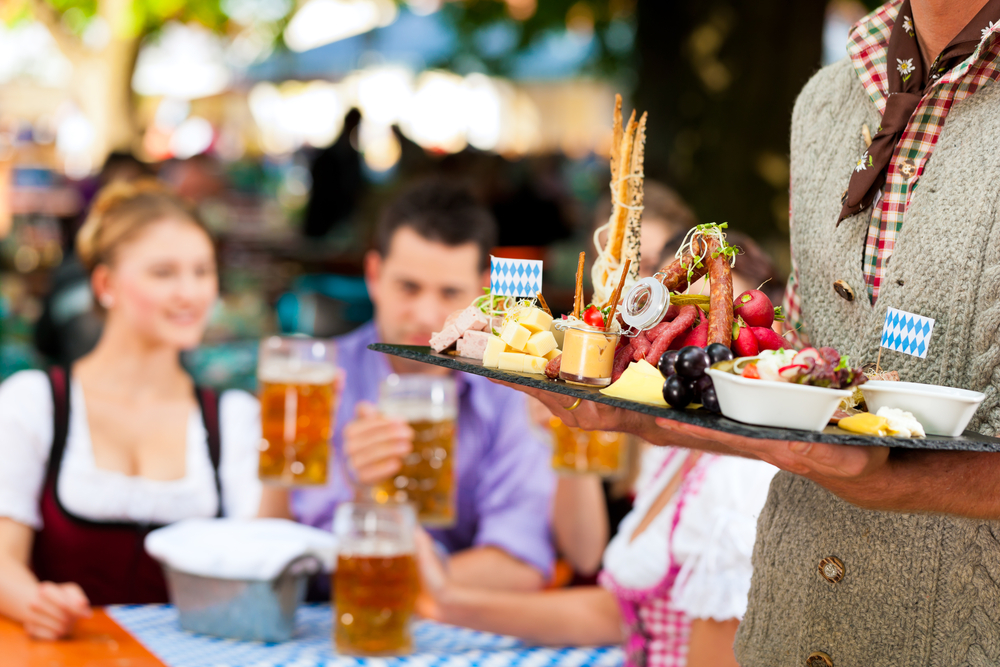 You probably haven't heard of Shetland's largest fire festival, but Up Helly Aa is a spectacle that's in a league of its own. Though the celebration lasts for only a single day and night, it is an experience of a lifetime. Food and dancing are available throughout the day, but at night, thousands of men and women in costume and Viking war garb march with torches towards an intricate and beautiful ship. As they throw their torches onto the ship, igniting it, the massive crowd breaks into a stirring requiem of "The Norseman's Home" to celebrate both the past and present. 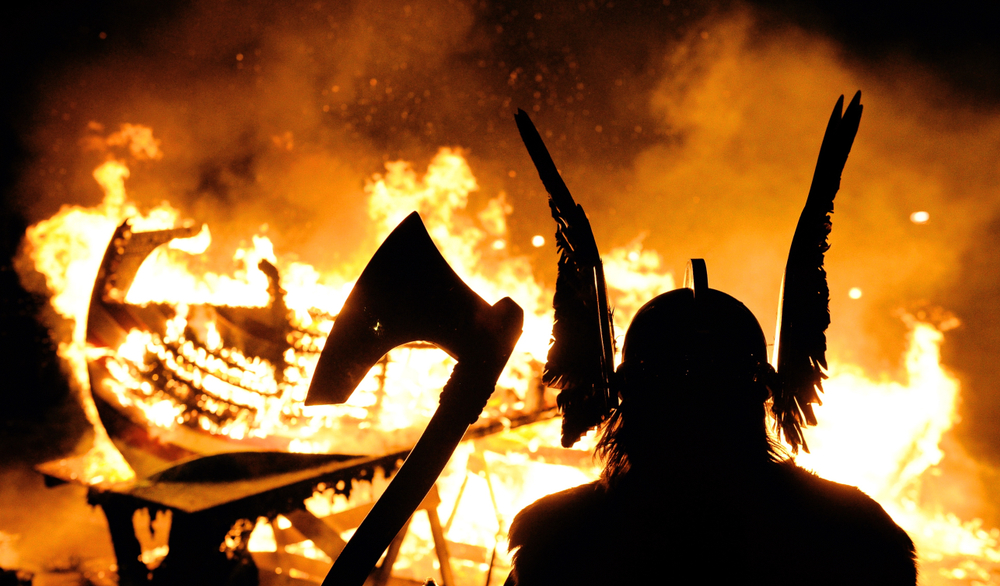 Battle of the Oranges, Italy

Leading up to Fat Tuesday, the Northern Italian city of Ivrea celebrates in a unique fashion. Thousands of people split into nine teams and hold a massive three-day war where they aggressively throw oranges at the enemy teams. They do this to celebrate a young woman who once stood up to a violent and evil marquis. After three days of citrus-based warfare, the city relaxes with a massive "funeral" before proceeding with Fat Tuesday celebrations. 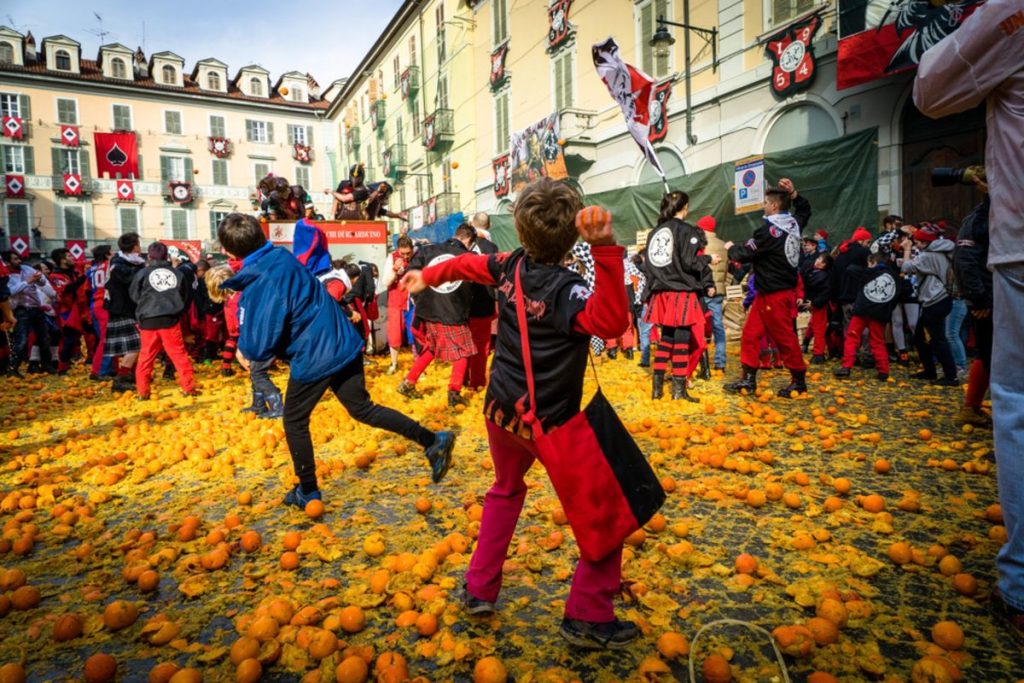 Night of the Radishes, Mexico

Food carving is an integral part of many holidays, such as pumpkins for Halloween or watermelons for the Loi Krathong Festival. However, the city of Oaxaca shows its unique spin with its unique radish carvings that line the streets in the days before Christmas. Over the years, the radish carvings have become incredibly elaborate and intricate, including full-sized snowmen, monsters, people, animals, and food. Because the radishes spoil quickly, the whole event takes place in only a few hours, making it a memorable but ephemeral experience. 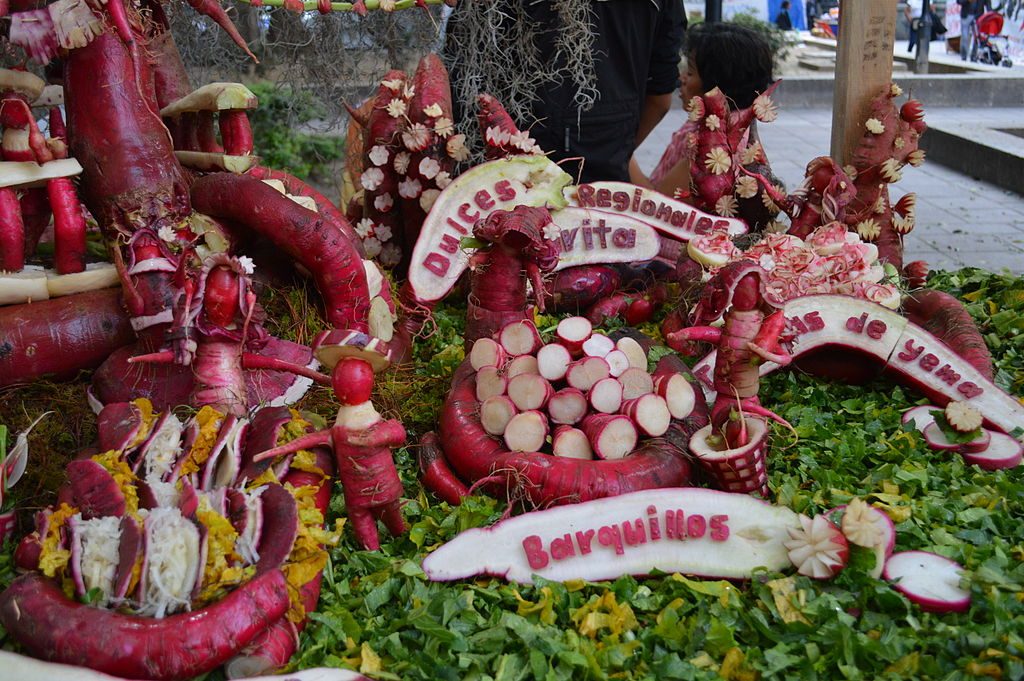 There are few gatherings as famous or as controversial as Burning Man. This annual summer event is definitely not for everyone, though those who participate are bound to lose themselves in spontaneous musical performances, art installations, and the partying of the festival. Many people say that Burning Man provides a sense of community and acceptance, where any person can feel included. Attendees must bring their own food, water, shelter, and whatever else they might need to thrive during the week-long event. 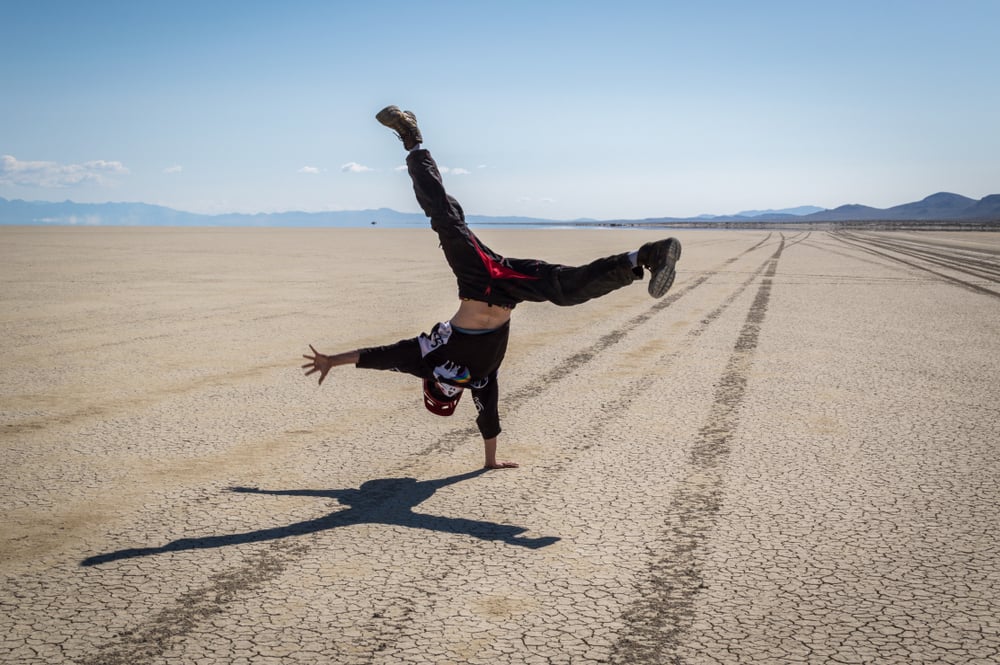 Sitting on the western coast of South Korea is Boryeong, a sleepy town famous for its beaches and its mud. Yes, you read that correctly, Boryeong is famous for its mud, to the point of throwing an entire festival to celebrate it. Originally, the festival was a method of promoting Boryeong's mud cosmetics but grew to a massive two-week-long celebration. Participants can body paint with colored mud, relax in mud pools, seek thrills on the mudslides, and so much more. 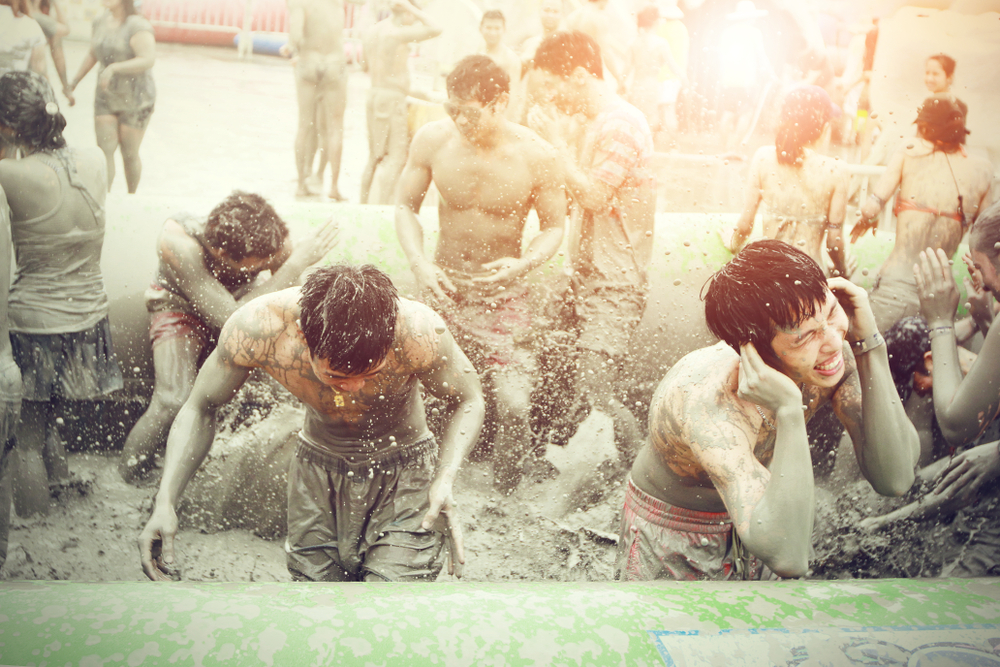 Every kid who has ever built a snowman or makeshift igloo has wondered what a city of ice and snow would look like. Starting in January and lasting for an entire month, the Harbin International Ice and Snow Sculpture Festival is essentially a colossal theme park of ice and snow buildings and sculptures that visitors can walk through, climb on, and even play with. During the 2019 festival, the most popular singular attraction took up over 600,000 square yards and featured over 100 landmarks. The whole festival is as much a visual marvel as it is a celebration. 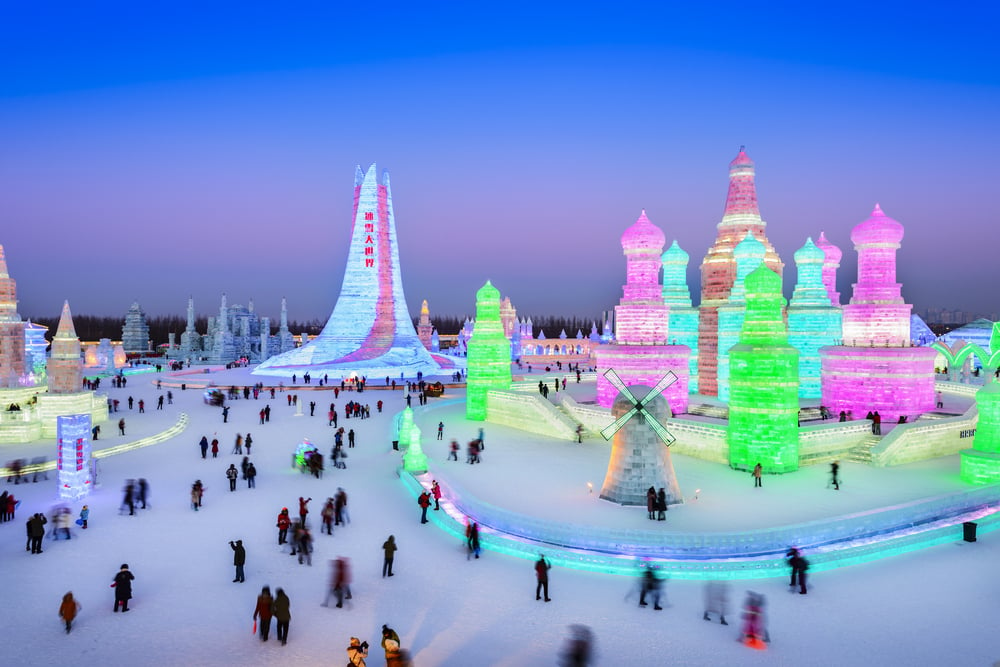 Since it began in 2005, the Tomorrowland Music Festival has grown to become a fairy tale event with its own community and culture. The festival is essentially a love letter to EDM music and its audience, and it shows in every aspect of the celebration. Every year there's a new theme, but it is always like something from a storybook, providing both majesty and wonder. Tomorrowland is as much a theme park and food festival as a music festival, and it is truly a unique experience, even among the most famous cultural events. 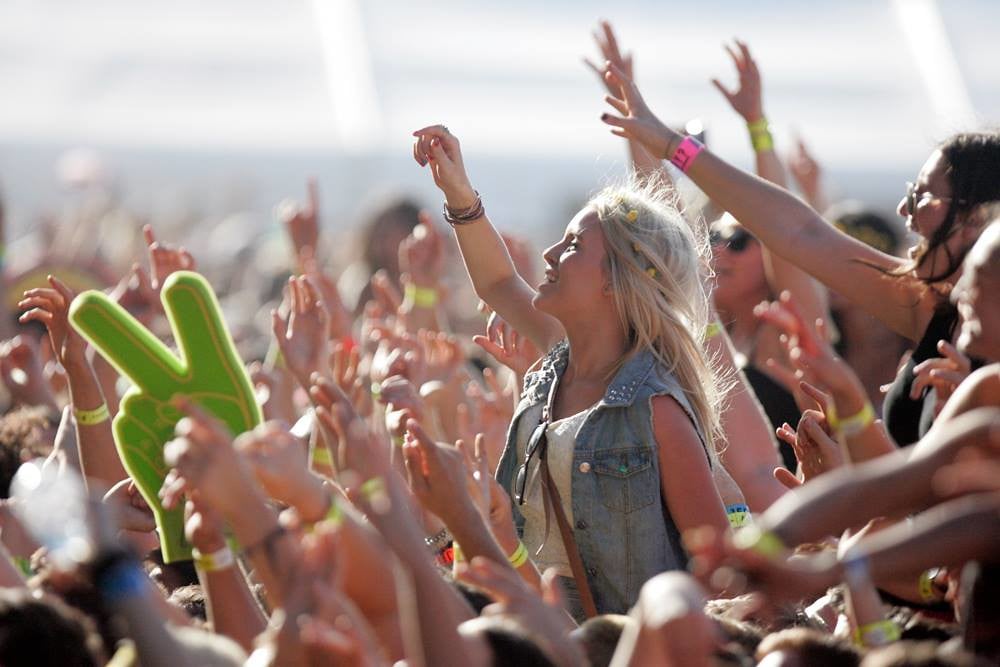 Many people believe a celebration should be an explosion of color and excitement, and few events fit this as well as the Hindu celebration of Lathmar Holi. In the days leading up to the Holi festival, men and women take to the streets to celebrate. The men throw colorful paints and powders at the women who respond by playfully beating the men with sticks. Some men choose to sing to the women, and some women choose to "capture" the men and dress them in women's clothes. Throughout the excitement, you can find people sipping cold thandai before joining the mischief and revelry. 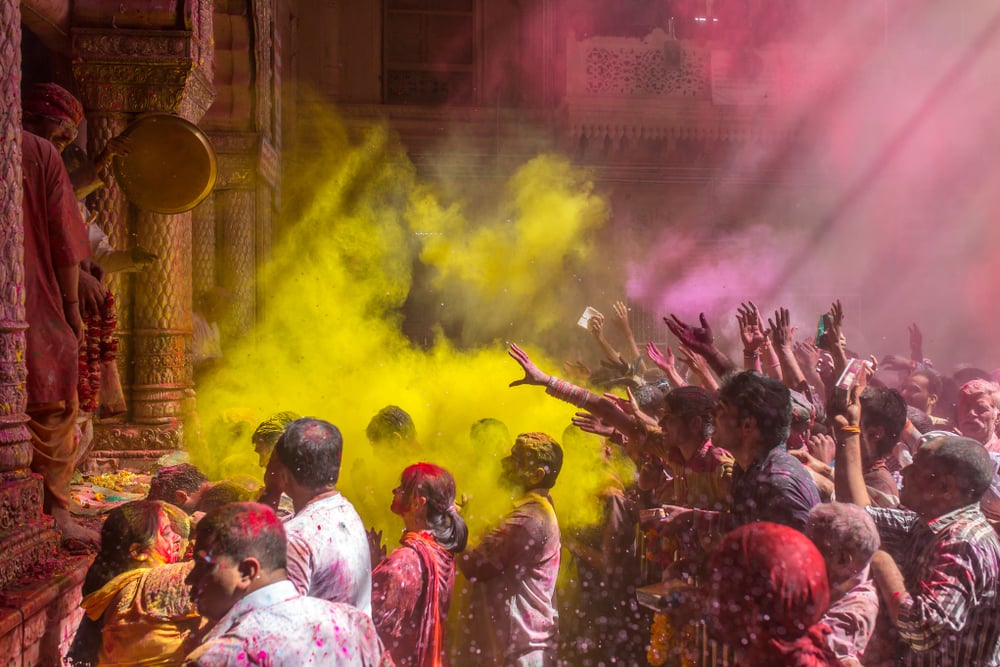 If you're looking for a true celebration, look no further than the Carnival in Rio de Janeiro. People from all over the world gather to watch huge floats and carriages parade forward as steel drums fill the air with samba rhythms. Top samba schools in Rio train for months to give the best performances possible during the Carnival, and they truly are breathtaking. Of course, there are also dozens of street parties with more dancing, drinking, and food than anyone could imagine. 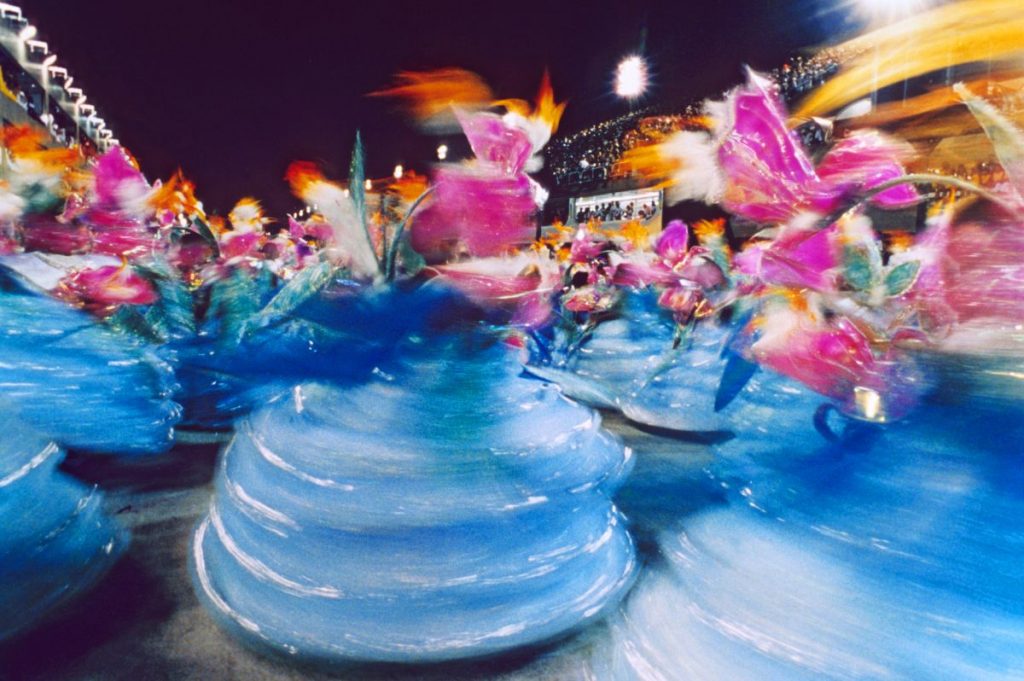 When you hear the phrase "wine festival," you might imagine a stuffy, boring gathering, but the Haro Wine Festival is anything but boring. The festival begins on the first of three days with drinking, dancing, and partying in the street to dozens of mini-concerts. At sunrise of the next day, a massive gathering of people in white shirts and red scarves forms. After a short mass, the crowd begins a wine battle by spraying each other with wine using water guns, buckets, or anything else that is available, leaving the area drenched in red. 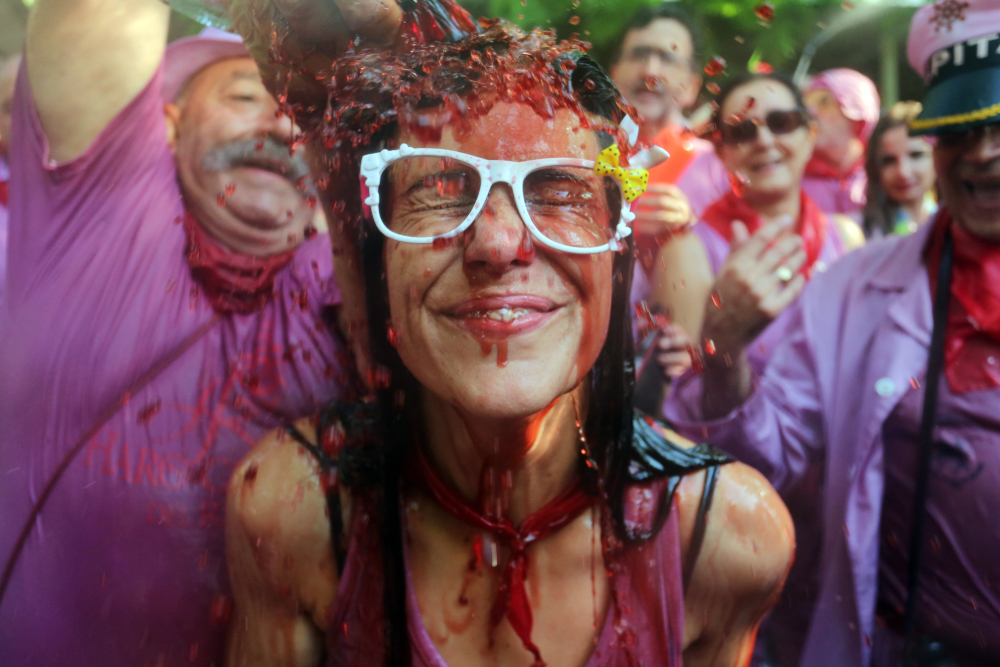