Between the Mountains and the Sea: Sendai, Japan

Thanks to the bullet train, the 220-mile drive north from Tokyo to Sendai can take only 100 minutes by rail. In Sendai, you can enjoy the ocean and mountains, famous beef and traditional sakura flowers in one of Japan's largest cities. Time your visit for outdoor beauty and sport or explore the city. North of Tokyo in Miyagi prefecture, Sendai is known for founder and daimyo Date Masamune who had an innovative role in Japanese history.

Timing your visit to Sendai to correspond to the Illumination festival, sakura blooms, fall colors or Tanabata festival makes your stay special. Both skiing and surfing are available nearby at the right time of year. Other essential Sendai experiences include savoring world-famous wagyu beef served in unique Japanese styles, experiencing elements of feudal Japanese history and spending days in the mountains or at the coast a short trip from your downtown hotel. Engaging Sendai contrasts with high-energy Tokyo and peaceful Osaka for a perfect three-city tour. 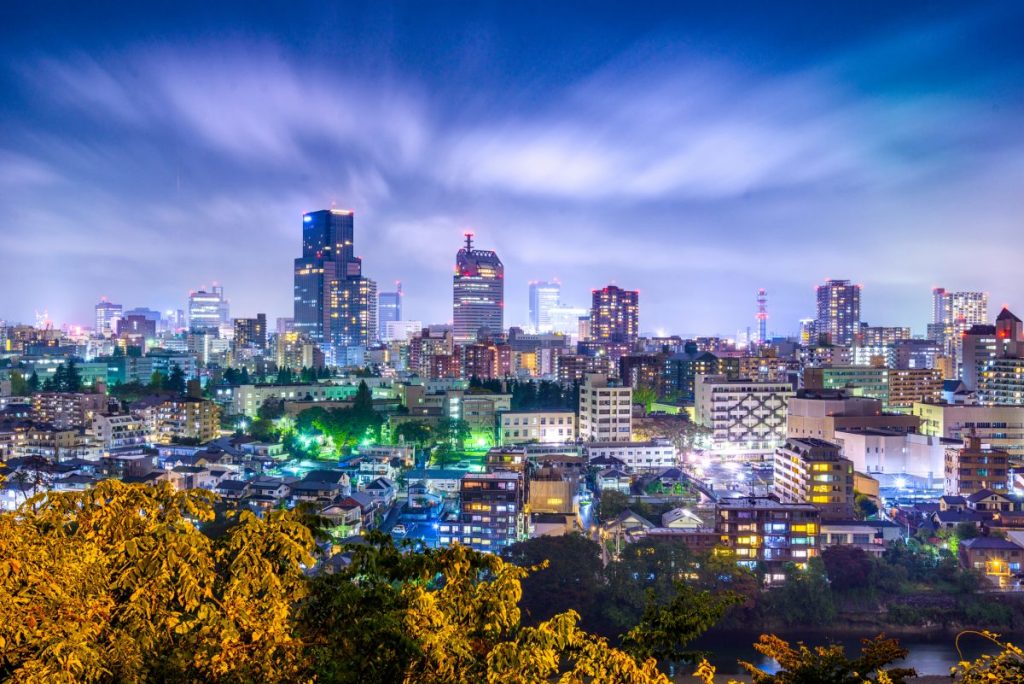 The bullet train or shinkansen leaves Tokyo, Osaka and other cities for a fast connection with Sendai. From Tokyo, it takes only 90 minutes, and this bullet train leaving Osaka connects once in Tokyo for a 4.5-hour trip. This sleek, ultrafast train hits its stride between cities at a top speed of 200 miles per hour, with comfortable seating and refined services. It's an effective way to travel by train and see ocean and mountains on either side as you approach the city without spending long stretches of time in transit. 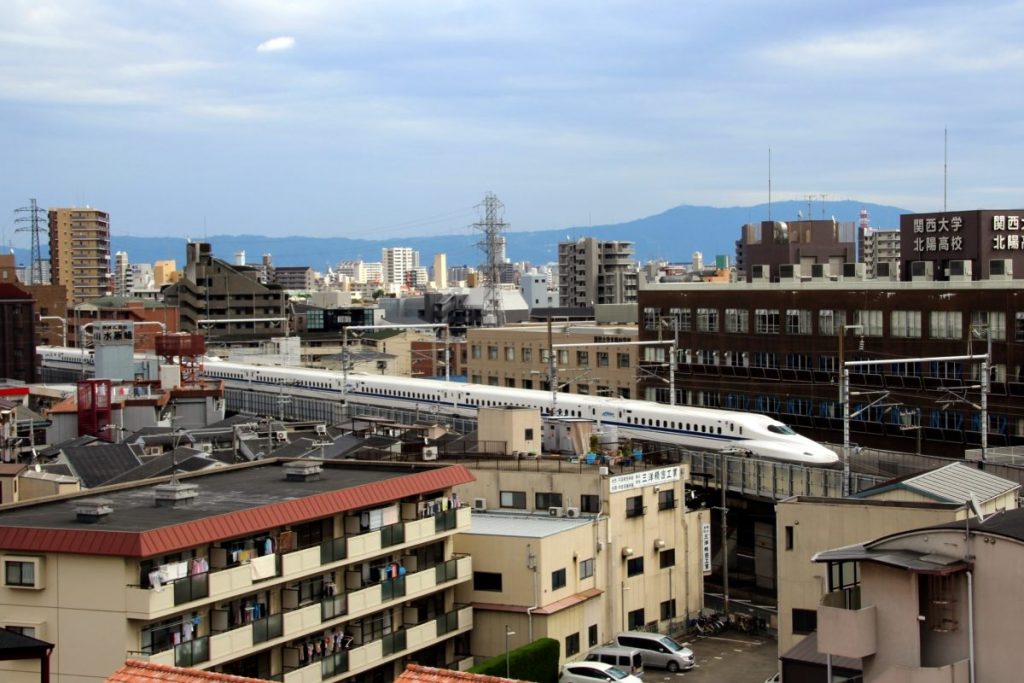 Sendai was founded 1600 by daimyo (great lord) Date Masamune, known as "One-Eyed Dragon," who is remembered in this equestrian statue in Aobayama Park. The ruins of his castle here draw visitors with interest in Japanese history. As you explore the modern city, you'll experience his innovative approach to urban design which is reflected in the city's layout and influences modern Japan's cities as well. Date also sent expeditions around the globe including a diplomatic mission to the Pope in Rome. Though he had worldwide influence, Sendai is his resting place. Look for signs of his presence throughout the city. 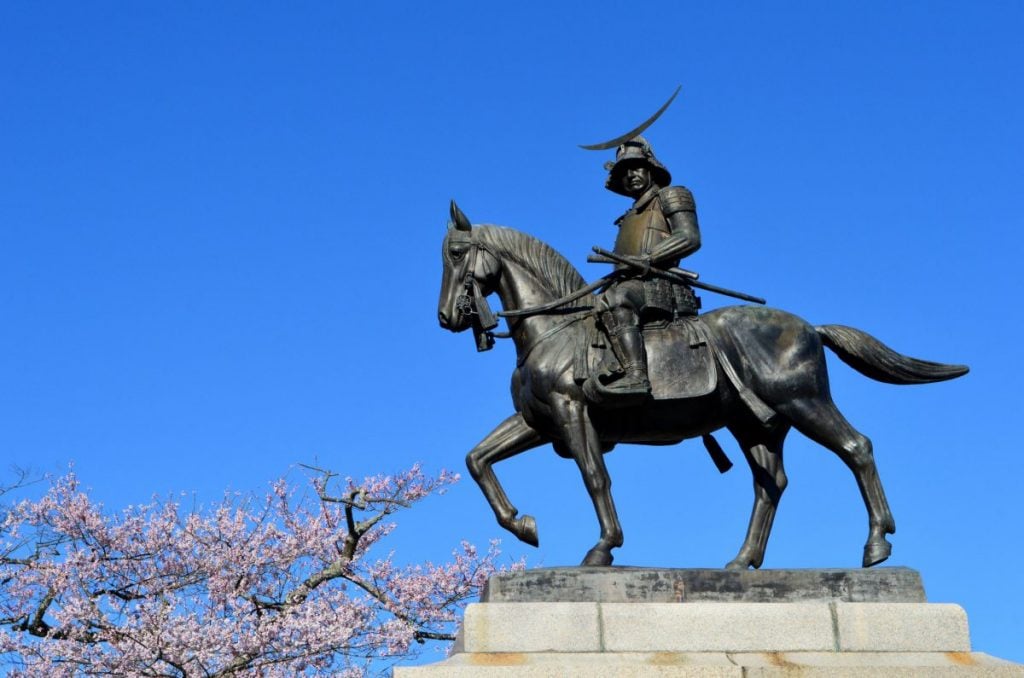 Sendai is an important destination for beef lovers. Perfectly marbled wagyu beef served in classic Japanese styles such as yakiniku or prepared as BBQ are served in many restaurants here, especially around Sendai station. Beef tongue from Sendai has also been featured on international travel and dining TV shows. Sendai's seafood is excellent, including top-quality sushi. Before you dine, visit a market such as Shiogama Seafood Wholesale Market which has around 140 vendors. 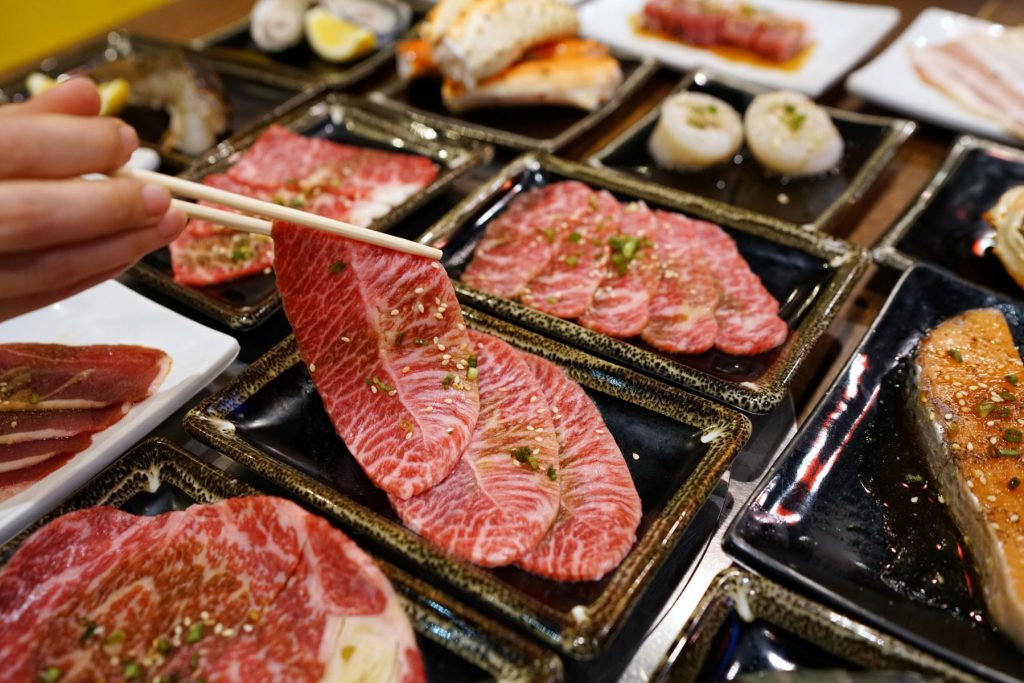 A spectacle of thousands of lights draws visitors to this Christmastime display and Santa Claus parade. During evenings the lights are "winked" off and then on at precisely 7, 8 and 9 p.m. for a spectacular effect. In summer, Sendai is home to Japan's largest Tanabata or "Star" festival, based on the 2,000-year-old Chinese Qixi tradition. People write their wishes on colorful paper and hang them on a festive bamboo tree on the seventh day of the seventh month. 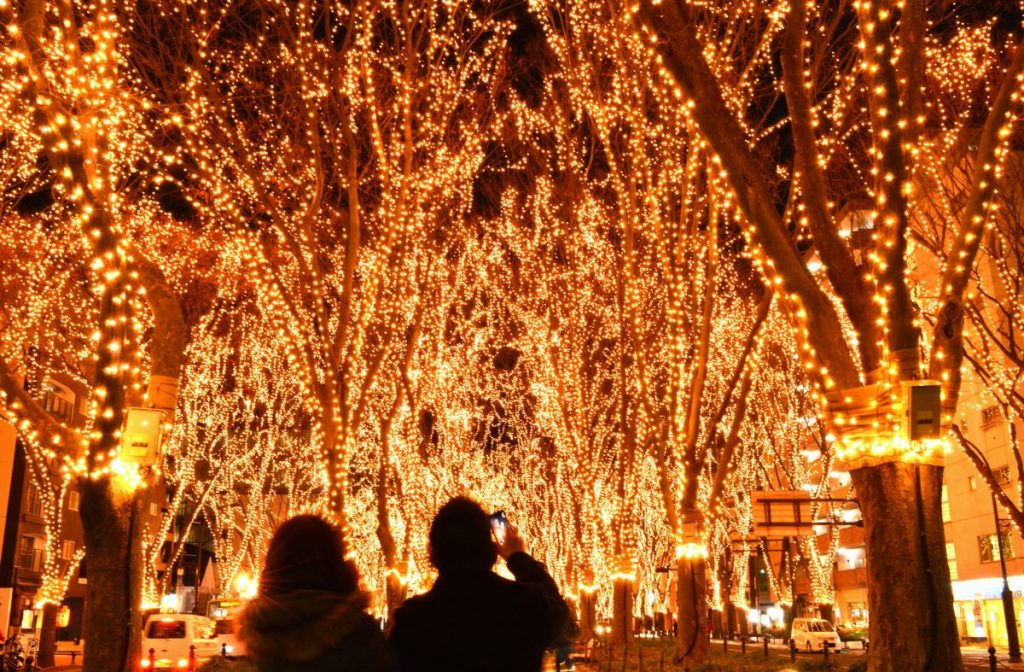 Refresh by the Ocean in Sendai

The ocean is an important part of Japanese life, and Sendai enjoys seaside recreation and delicious seafood from nearby waters. While it's a beautiful area, make sure to get recent information about places you intend to visit due to past tsunami damage from which the city will be recovering for some time. Check out Gamo and Sendai Port for waterfront views and activities. 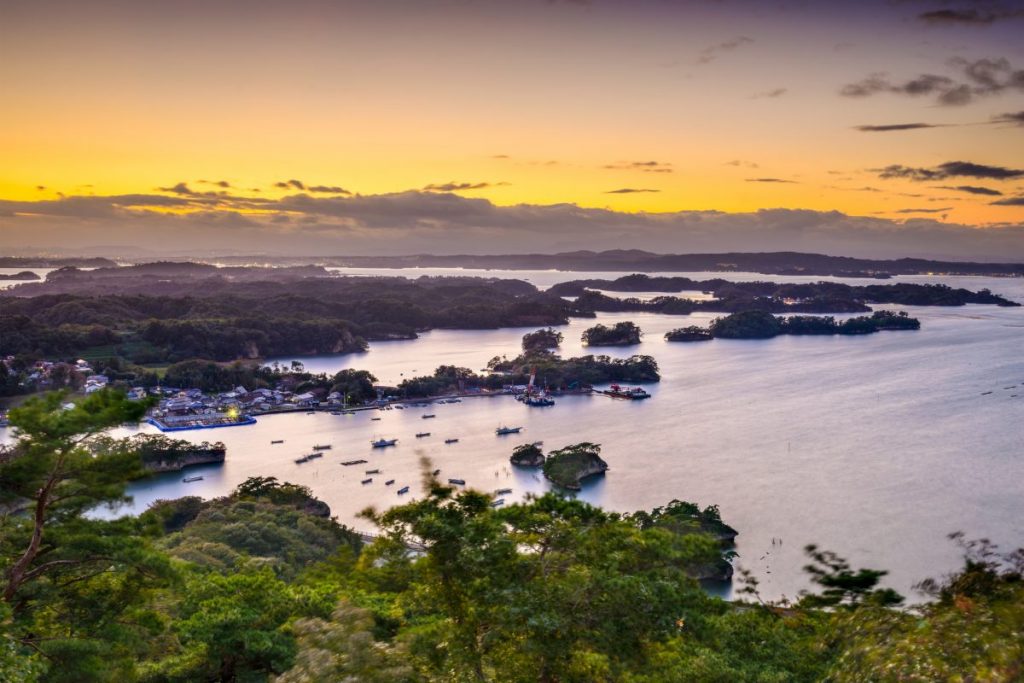 Day Trip to the Nearby Mountains

Visit Mount Izumigatake, a short ride from Sendai in Miyagi prefecture, for mountain climbing or a hot springs timeout. There are a number of mountain destinations near the city and plenty of hotels where you can enjoy the fresh mountain air. In the winter, this is a popular ski and snowboard destination with plenty of beginner slopes for the casual skier. 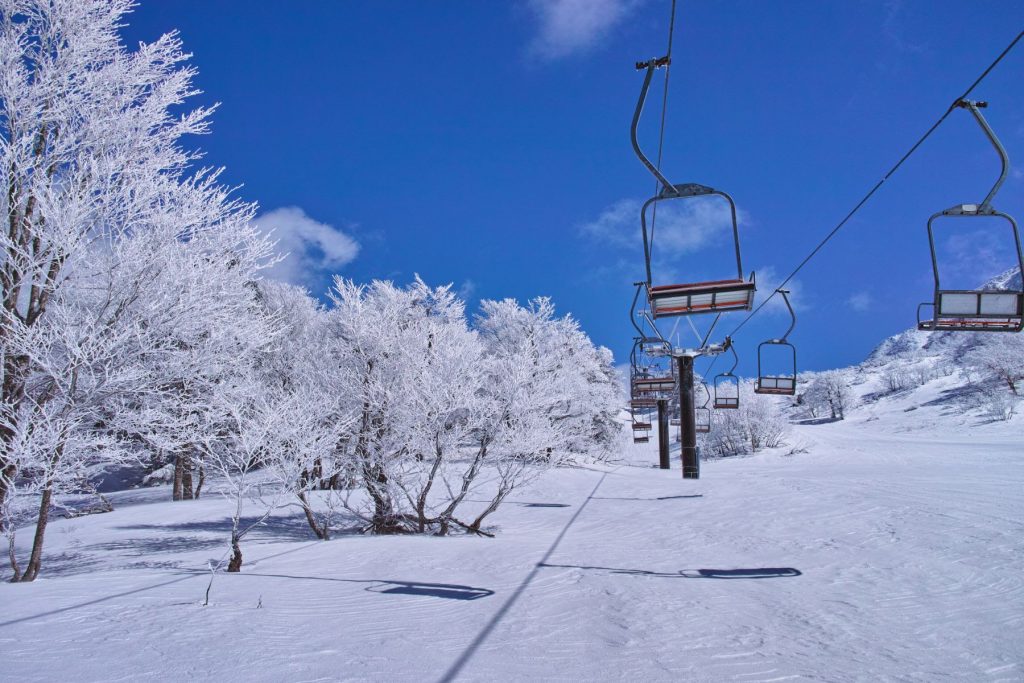 Visit the Sendai City Museum and Aoba Castle Museum for in-depth stories of local history and the daimyo's worldwide adventures. The area around Sendai Station is great for dining, and back-alley bar hopping tours turn you on to Sendai nightlife. The Sendai Izumi Premium Outlets is a shopping destination set in a beautiful natural park area. Take in a ballgame at Raku Kobo Stadium to see baseball Japanese-style. 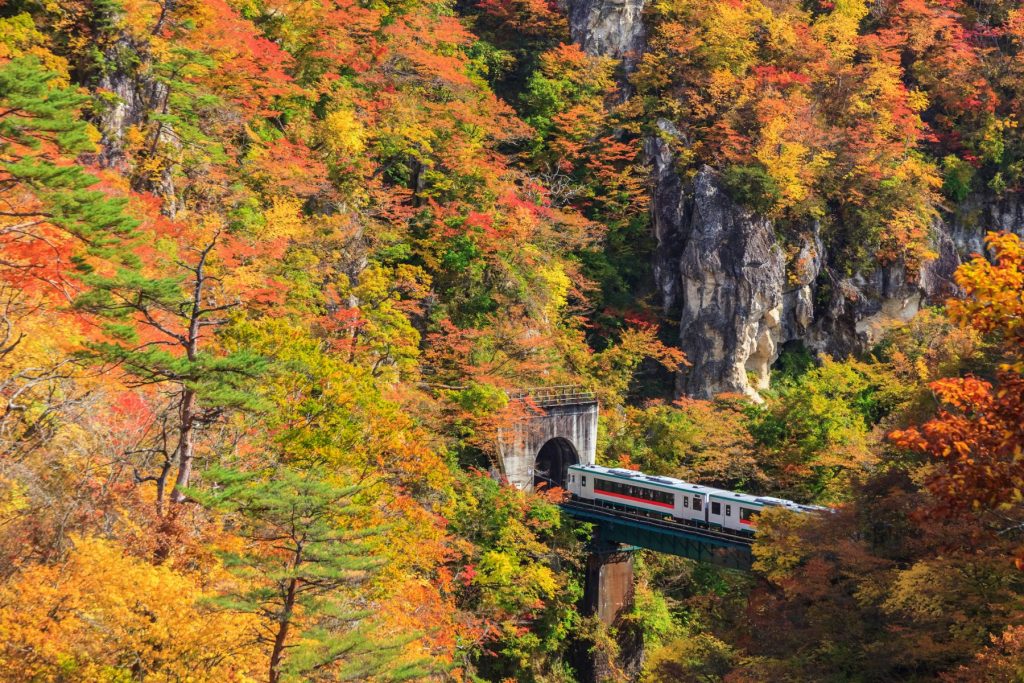 As a four-season natural destination, the Sendai area and nearby Miyagi prefecture are not just for spring and summer visits. They offer colorful fall foliage and crisp, white winters which are perfect for skiing and catching a glimpse of the beautiful kitsune or Japanese Red Fox. Take a trip to the mountains or just wander around Sendai city, known as "tree city," when the maple trees are bright with color in the late fall. 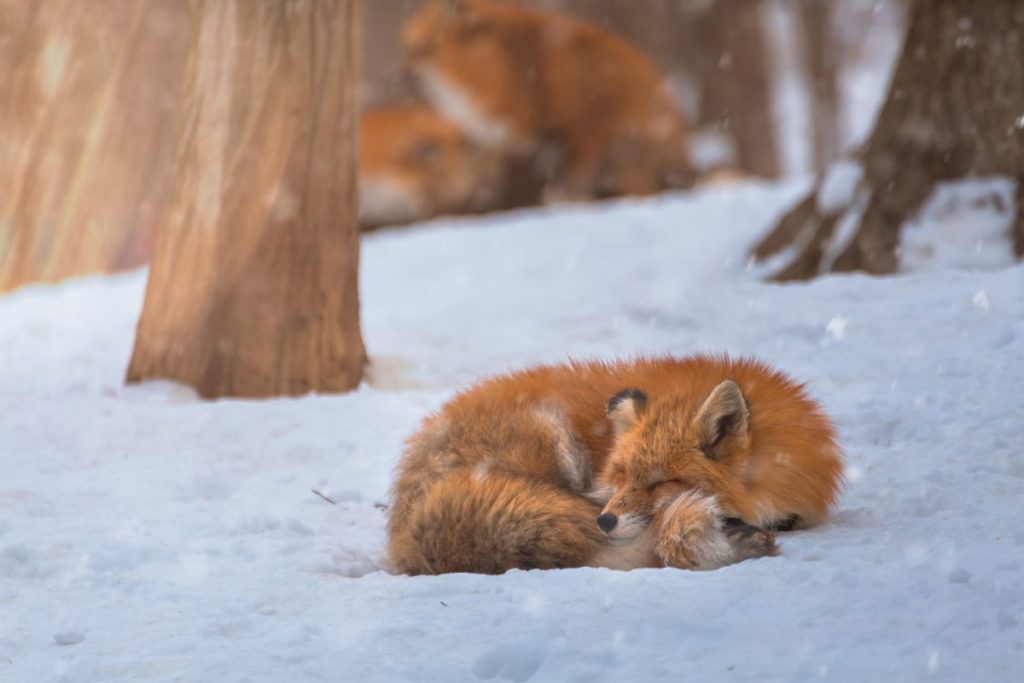 Sakura flowers and hanami, or cherry blossoms, draw visitors to Sendai and other destinations in Japan each year. Tourists search online for the perfect viewing time in an annual cherry blossom or sakura forecast before planning their trip. Use Sendai-specific dates as flowers bloom a bit later here than further south in Japan. 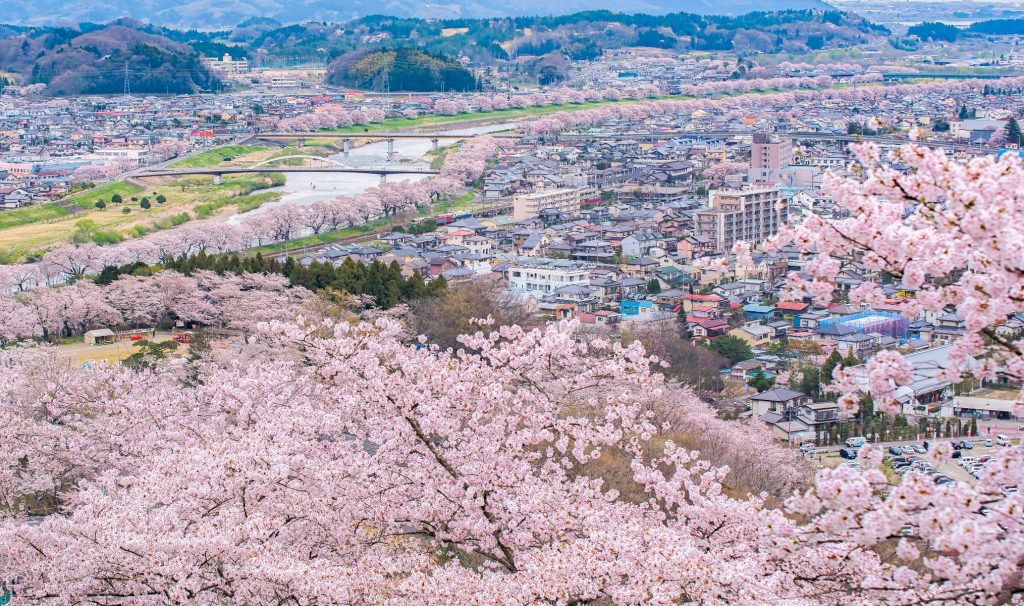