Be Prepared for Benin to Leave You Breathless

The small West African nation of Benin was originally a French colony called Dahomey. This magical destination became an independent nation in 1975 and celebrates an ethnic and religious diversity that makes it unique to visitors from abroad. The landscape of Benin is as unique as its people - from coconut palms in the south to wooded Savannah and the Atakora mountains in the northwest. Visitors to Benin would be remiss in taking photos of the residents without permission, as the country’s official religion is Voodoo, and there is a common belief that photography steals a bit of the soul. You might not be taking many pictures during your stay in Benin, but the people and the vistas will leave you breathless.

Benin’s southern coastline is home to the Route d’Esclaves or Slave Route. A 2.5-mile stretch that was the final piece of African soil slaves would stand on before being transported across the Atlantic. Luckily those days are over, and the last ship carrying slaves left Benin in 1885 bound for Brazil. Today you can retrace the steps of the slaves who would never see their homeland or families ever again. Step through the Gate of No Return, take shelter under the tree of forgetfulness and explore this area steeped in history. 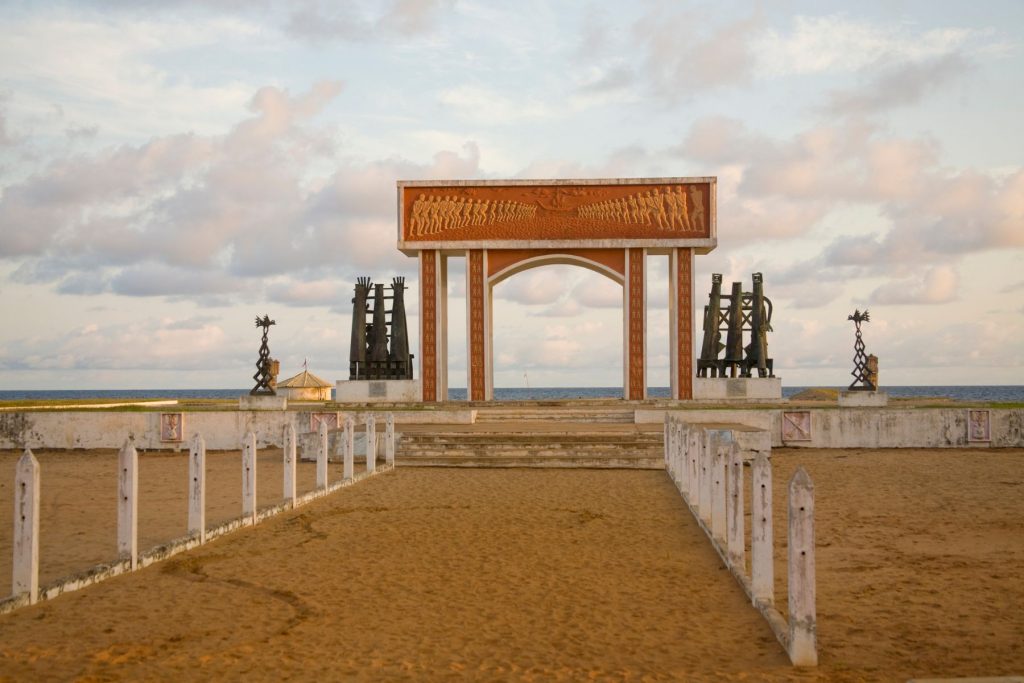 Another area awash with historical significance is the Bight of Benin. There is an old shanty which goes “Beware, beware the Bight of the Benin, for few come out though many go in.” It's believed this was a warning to ships venturing into the shallow bay. Unfortunately, few listened and many ships sunk here in past centuries. Nowadays, you can enjoy this area of beautiful scenic coastline. It’s possible to stowaway on a container ship or charter a boat to sail along the Blight of Benin. 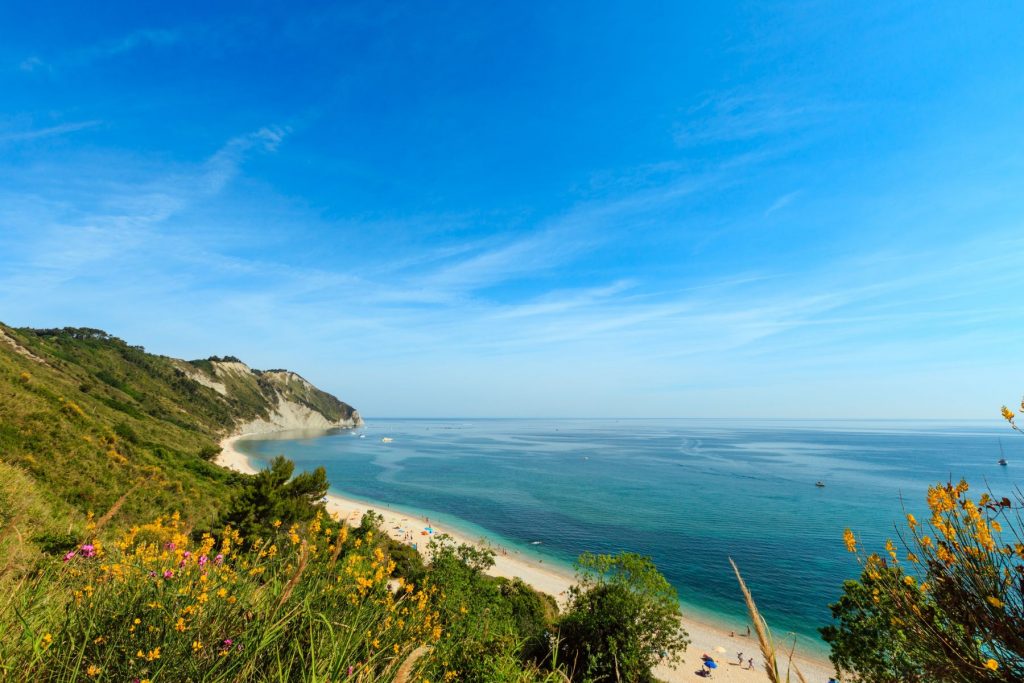 Most countries in the world fear snakes. But not in Benin. Here they are revered, and in Ouidah, Royal pythons are actually worshiped. The Temple of Pythons measures just 130 square feet but is home to 60 royal pythons. The good news is that these snakes are not dangerous. However, they are not fed. Instead, they are let out of the temple once a week to hunt and prey upon mice and chickens. The Beninese will even invite these honored guests into their homes to eat and sleep! 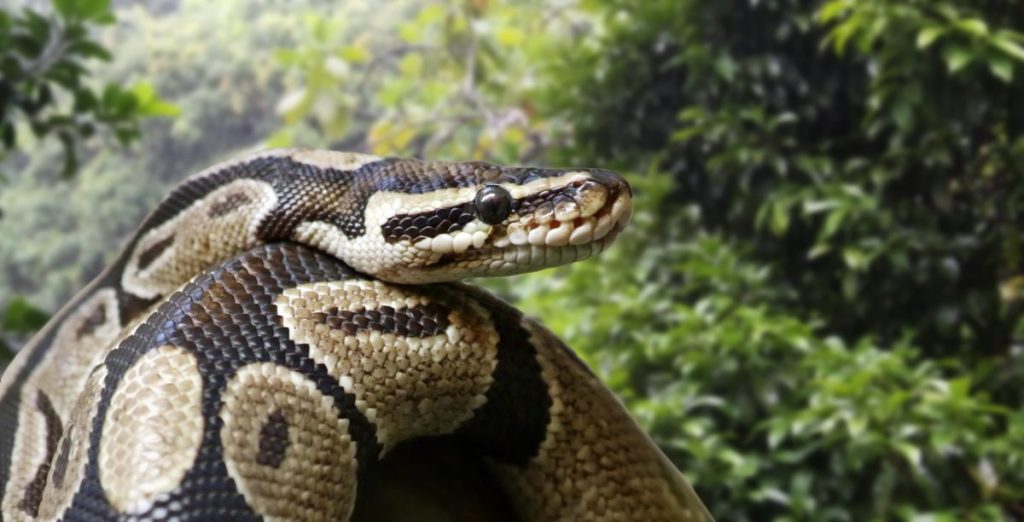 Once a year, the Beninese celebrate their most important religious holiday. 10 January is Voodoo Day. Believers gather in their villages to watch Voodoo priests make sacrifices to the god, Bondye. Priests slaughter chickens, drinking their blood and spray it on the crowd and ground. Drumming, singing, dancing and drinking are all part of the rituals. The celebrations in Ouidah are well organized and attended by the world’s media. If you are looking for a more authentic experience, head to other towns or villages. Voodoo Day is one experience you will never forget. 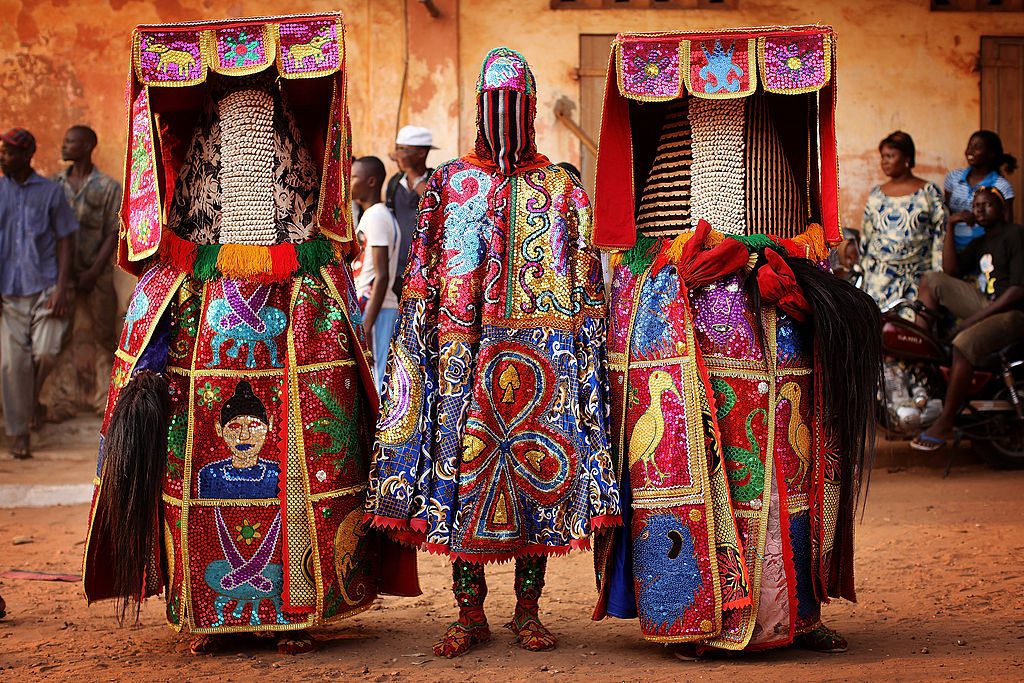 Over three hundred years ago, local tribes wanted to escape enslavement. So they created a group of villages in the shallow Lake Nakoue. In the dry season, between December and April, you can see these amazing floating villages built on stilts. Spend a night and take time to explore these fishing villages. Travel to Aguegue by canoe from Porto-Novo. Or visit Garvie, more commonly known as the “Venice of Africa.” 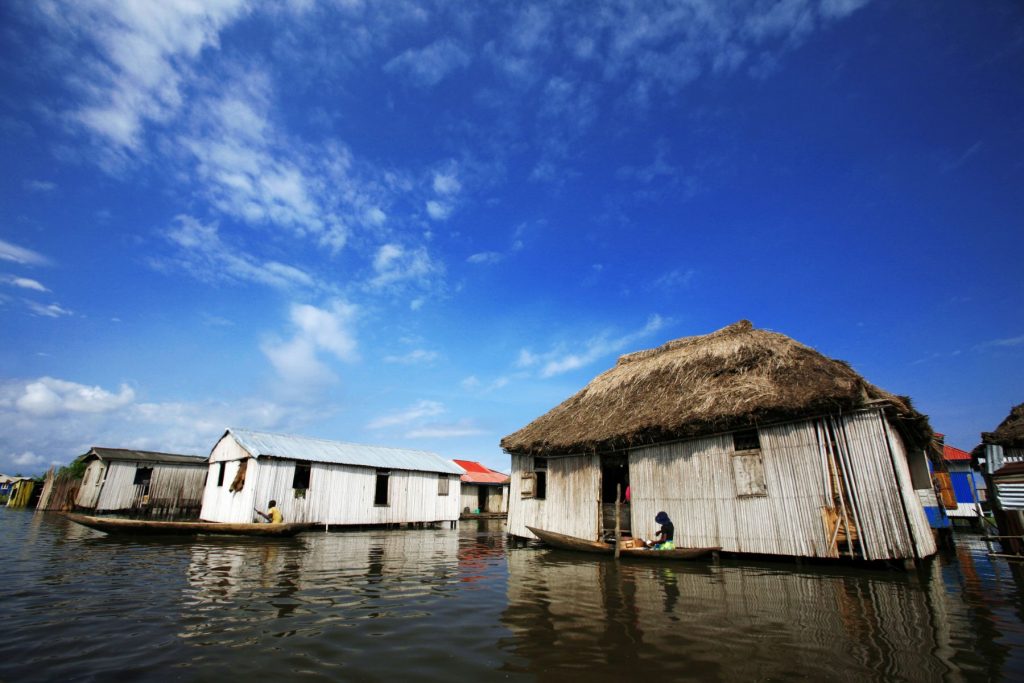 Overlooked by the majority of tourists visiting Benin is the opportunity to go on safari. The Pendjari National Park is one of West Africa’s best areas for spotting wildlife. The park is home to lions, cheetahs, elephants, hippos, and baboons among other mammals. The end of the dry season from November to February is the best time to visit. During this period, animals congregate around watering holes. Wooded landscape and numerous waterfalls also make the Pendjari National Park a beautiful place to visit. 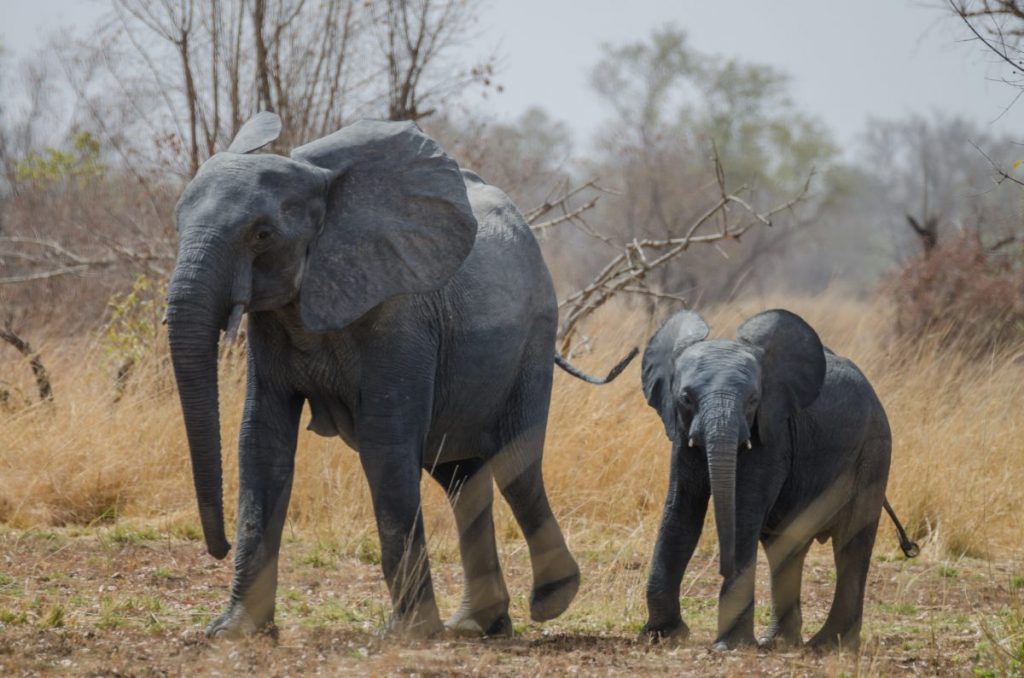 The highest point in Benin is at 2,160 feet above sea level. From the top of Mount Sokbaro, you have an unobstructed view of the Atakora mountain range. Look westward, across to Togo where the hills and cliffs extend for miles. The range provides the backdrop to the Pendjari River, and national park while birds and other wildlife provide the color for this breathtaking vista. 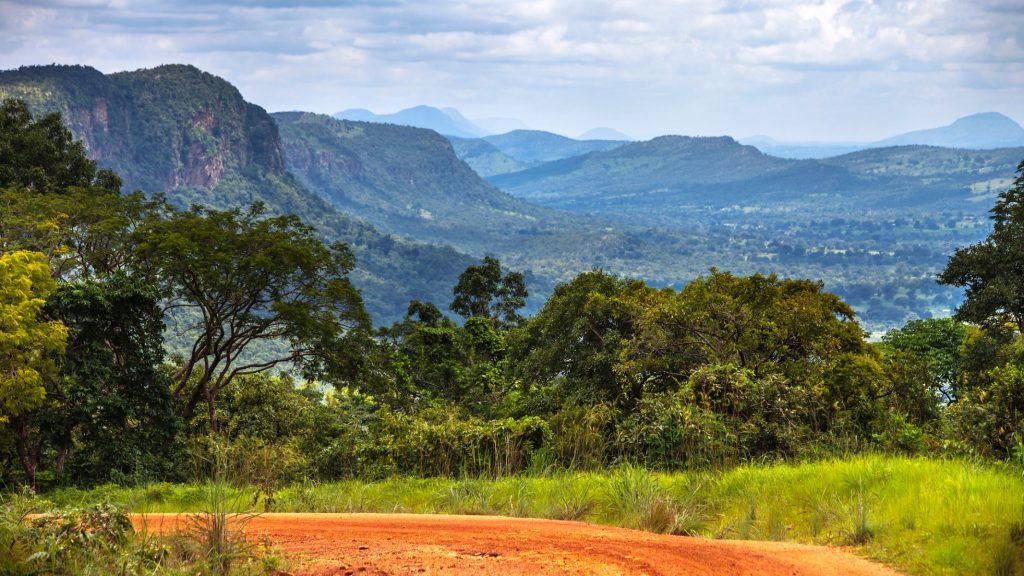 The largest city and economic center of Benin is Cotonou. It is also home to the largest open-air market in West Africa. Grand Marche du Dantokpa is a sprawling labyrinth covering 20 hectares. Anything you want, you will find in this busy market. See a variety of fish alongside plastic sandals. DVDs are next to live goats and African cloth displayed in kiosks beside spare car parts. Dantokpa market also offers you the chance to try local drinks and food. Haggling is expected as sellers inflate their prices, especially for foreigners. Even if you think the price is low, offer lower! 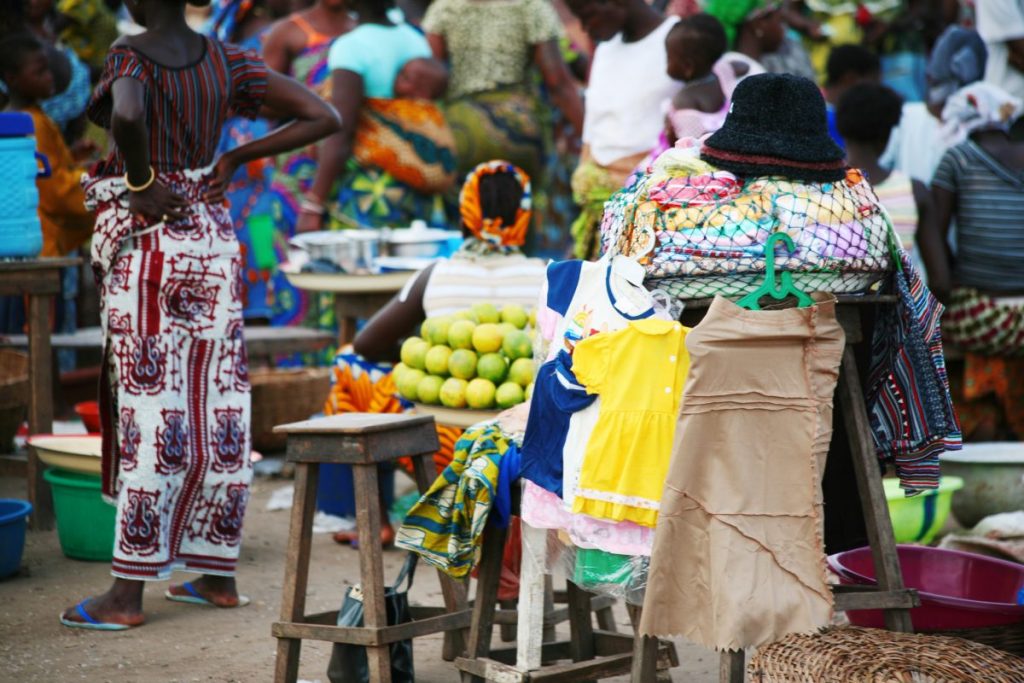 This section of the Grand Marche du Dantokpa has nothing to do with anything sexual as the name may suggest. Instead, it has everything to do with voodoo. Traditional medicine ingredients like dried plants and tree bark are some of the more tame offerings. You will also find items for voodoo rituals including animal skin, heads, hoofs, and paws. These may come from monkeys, ducks, horses or even dogs. And of course, they sell voodoo dolls! The stench of damp and rotting animal parts may put you off. But don’t let the smell deter you from exploring this fascinating market. 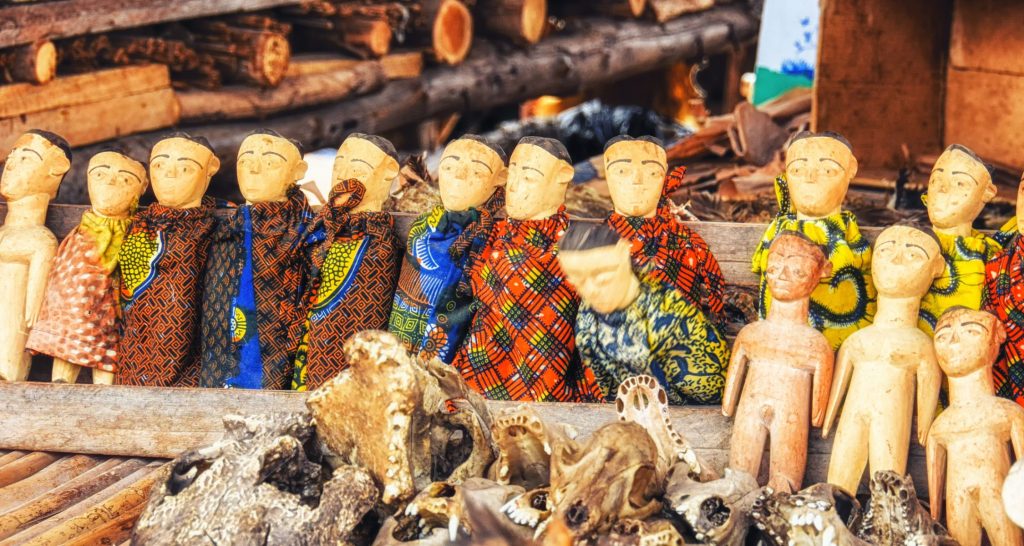 After all the sightseeing and market browsing, quench your thirst by testing the local brew. Choukachou is brewed from millet, which are small grains and cereal crop. Parakou is the main center for producing Chouks. Residents are very proud of their beer. They are more than happy to explain how it's made and let you try the many local varieties. 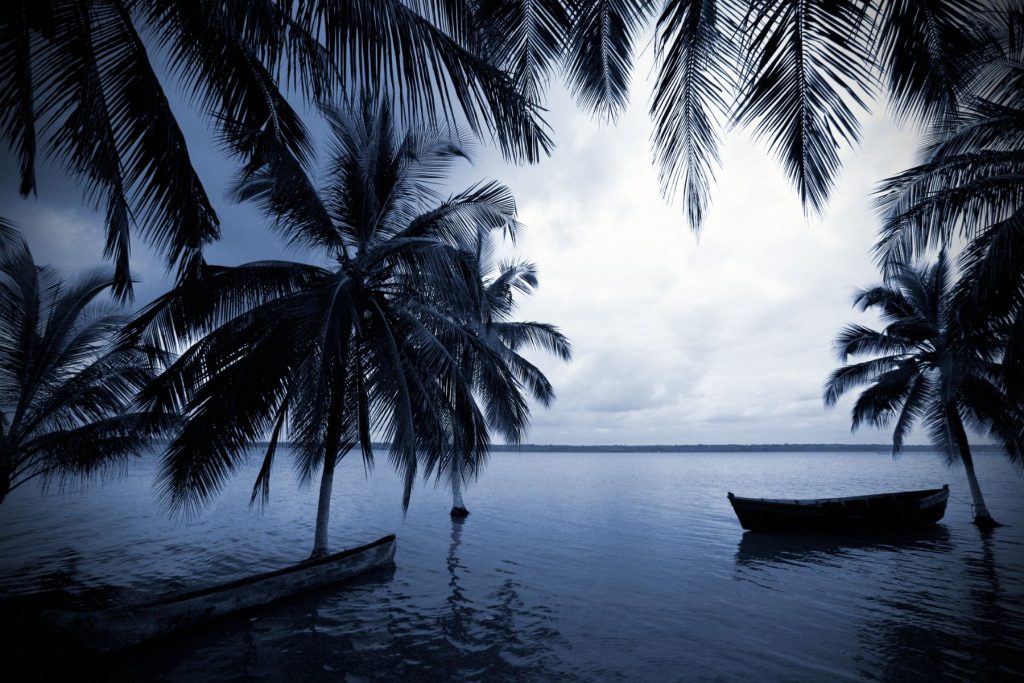