Amazing Historical Things to Do in Athens

Did you know that Athens is one of the world's oldest cities? Greece's capital is steeped in culture spanning more than 3,000 years, and one need only set foot on the once-marble sidewalks to see. If you’re planning a trip to the islands, why not also factor in a couple of nights taking in the sights, sounds, and histories of one of the most beautiful cities in the world? Watch the Acropolis disappear at sunset, learn the names of residents in the bustling metropolis; whatever you decide, there's a wealth of historical things to do in Athens, Greece.

The ancient Acropolis rises out of the Athenian skyline like a manmade version of Mount Olympus. While likely the reasoning behind the citadel's construction, seeing it will never fail to make you stare, mouth agape. Whether you're looking from your hotel room window or are up there exploring, it's hard to believe it’s actually real. Consisting of the remains of several temples, monuments, and other historically significant sites, including the Parthenon, there's no way you can visit Athens without checking it out at least once. Although there's an entry fee to get into the area, there are free bathrooms and water refill stations littered throughout. You can't put a price on such a valuable history. 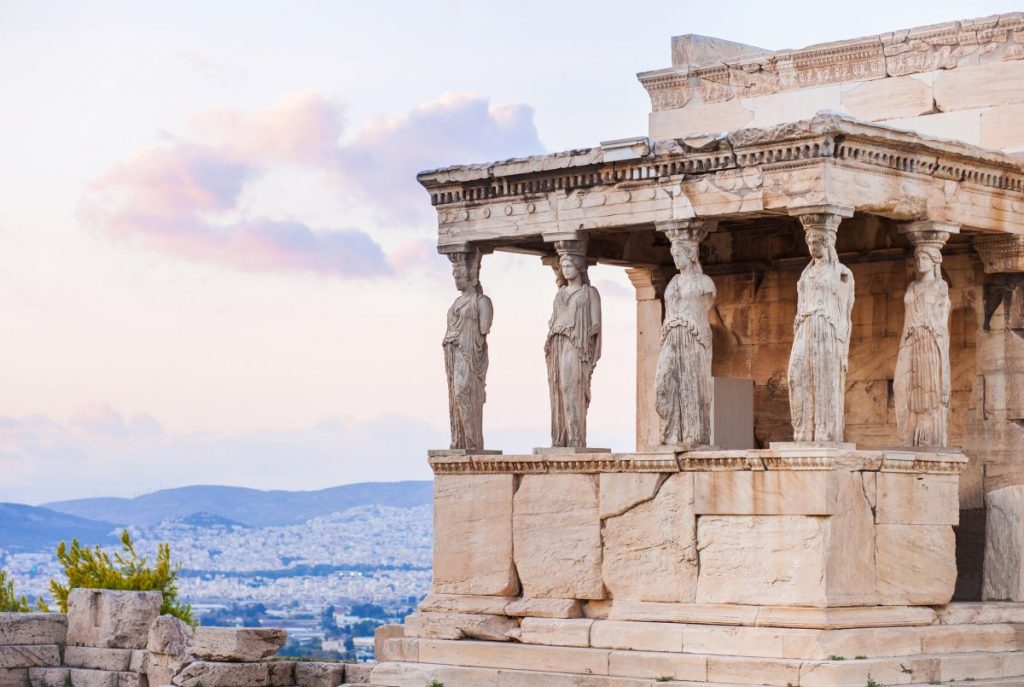 Sneak a Peek at Hadrian's Library

The Roman Emperor Hadrian seemingly made his mark all over the globe. One of these marks is in Athens, where the ruins of his forum can be found in the city's heart. Not just a library, the forum included music rooms, lecture halls, and a pool. Although what's left of Hadrian's Library is only its restored western wall - where manuscripts and papyrus were stored - walking around the ruins will still give you the same inspiring feelings it gave to philosophers long-since gone. 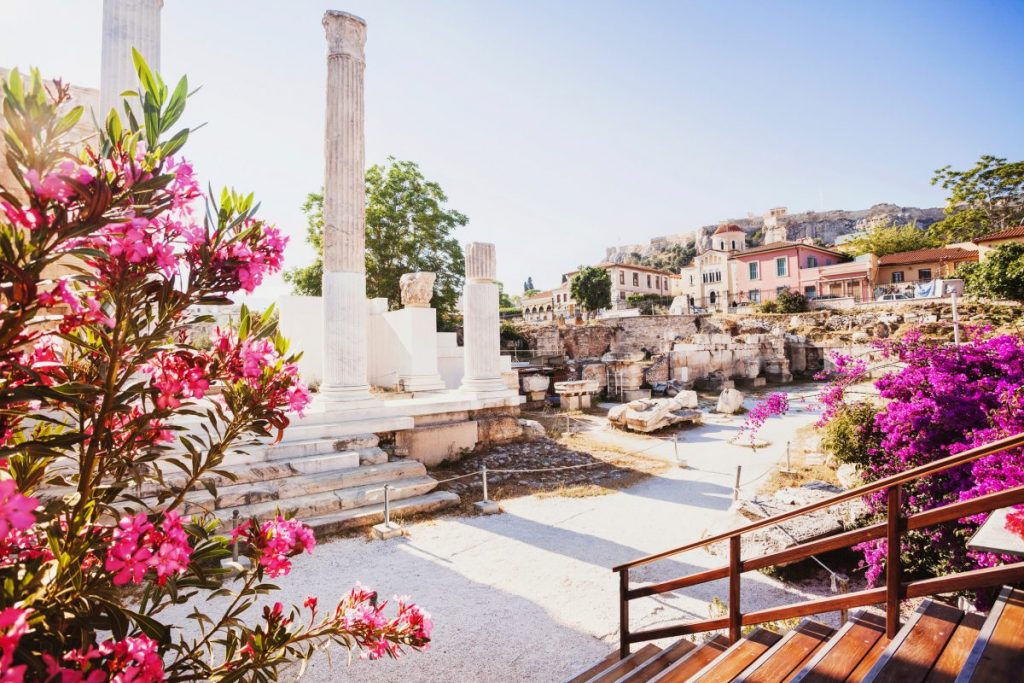 Although exploring Athens on foot is endlessly educational, the city's museums are filled with as much - if not more - history. From museums that focus primarily on Athens' history to those open to further historical influence, there's a host of places to choose from. The Acropolis Museum is an absolute must-see; full of artifacts found around the ancient citadel to the option of seeing excavations still going on. Other museums worth your time include the National Archaeological Museum, home to the Antikythera device; the Benaki Museum, three sites in one examining Athens' history, art, and culture; and the Goulandris Natural History Museum, which is a must-visit if you have kids. 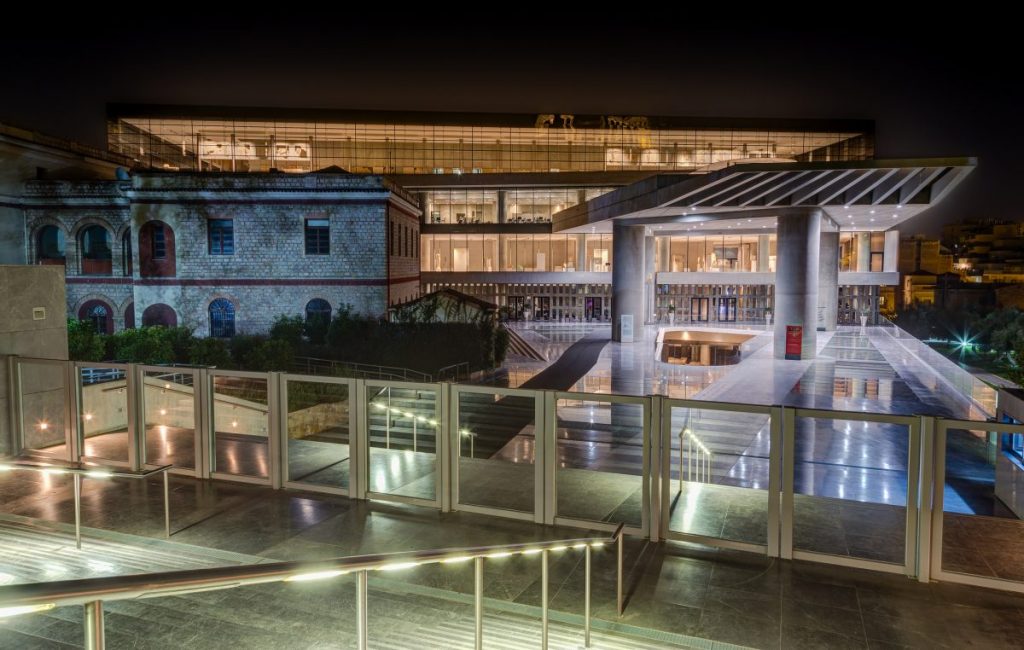 Okay, so a restaurant isn't historical and, if the food was, you'd have to be worried. However, Athens' O Thanasis is a bustling, traditional Grecian restaurant loved by tourists and locals alike. If you want to eat like the Athenians, this simple bistro is the place to do it. Since 'thanasis' means kebab, it should then come as no surprise that they do kebabs. They also do a small range of delicious souvlaki grills and fare. Stopping here after a busy day sightseeing is exactly what the doctor ordered. Additionally, the chicken, beef, and lamb dishes are all halal. 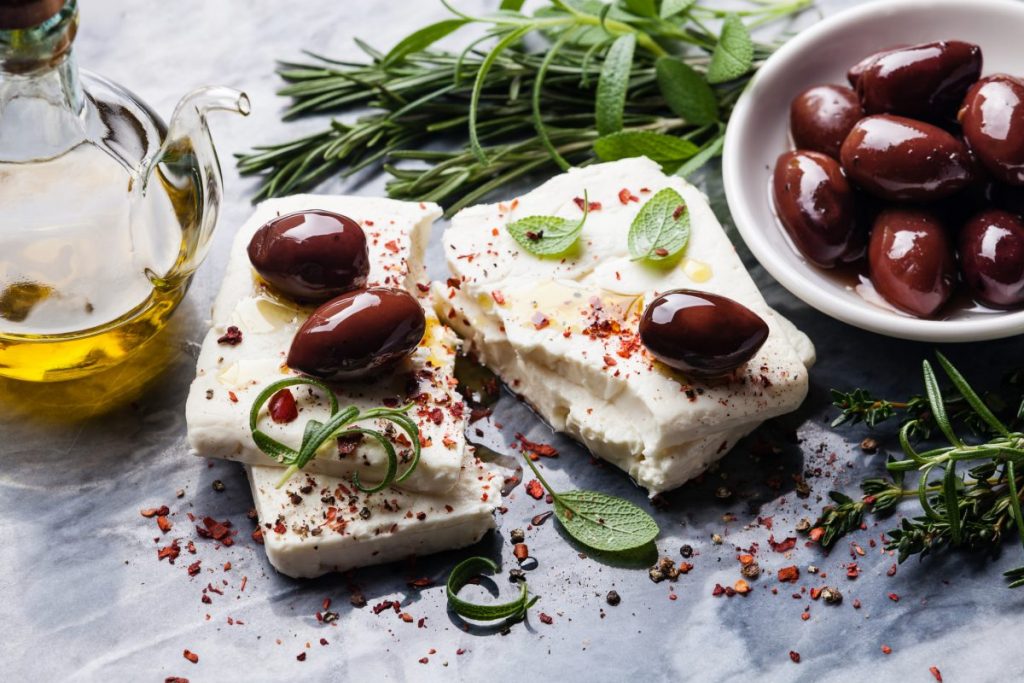 Marvel at the Odeon of Herodes Atticus

Built 161 CE, the Odeon of Herodes Atticus was once referred to as being the finest design of its kind by Marcus Aurelius. The traditional, open-air theater is almost as majestic to see in photographs as it is in real life. Located on the southwest slope of the Acropolis, the Odeon looks out over Athens. To this day, the city still puts on events there, from symphonies and orchestras to contemporary music concerts. If you can, catch a show there. If not, it's still worth the trek to see its awe-striking architecture. 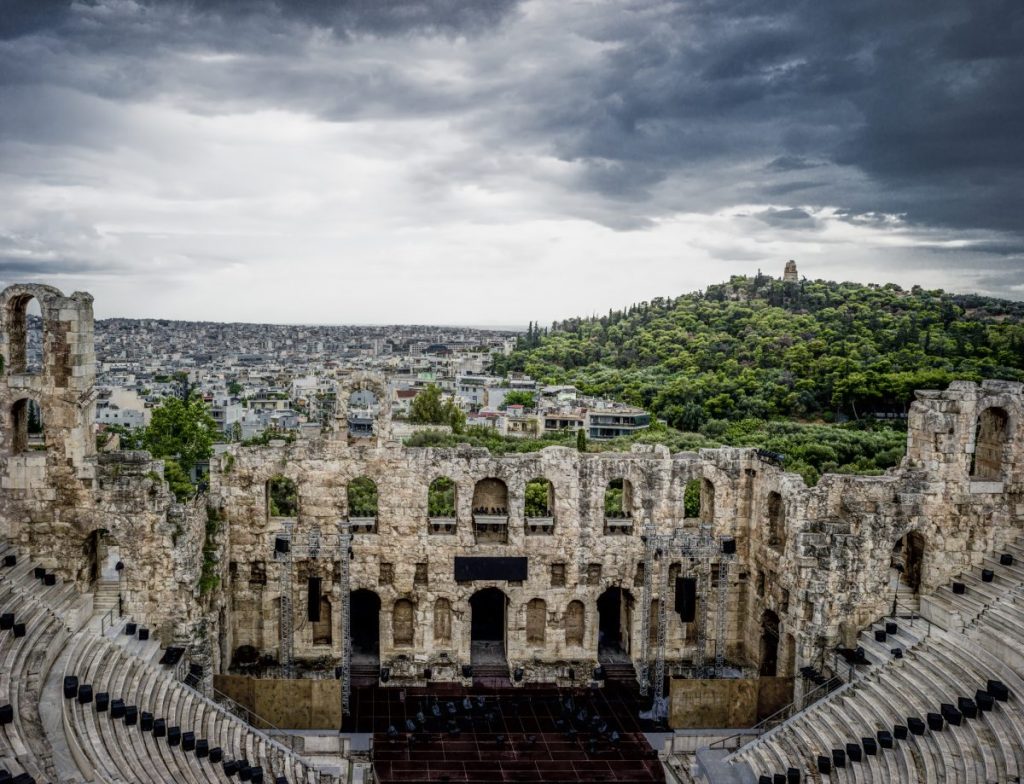 Take In the Ancient Ruins of the Roman Agora

Truly, the Roman influence on the city of Athens is unlike anywhere else in the world. Perhaps, even, Rome itself. The Ancient Agora is north of the Acropolis and was once home to a series of buildings including a theater and a market. Several of these structures also remain for you to see including the Tower of the Winds, a clocktower that was also the world's first meteorological station; the ruins of the Gate of Athena Archegetis, constructed using donations from Emperor Julius Caesar; and the renovated 17th-Century Fethiye Mosque. 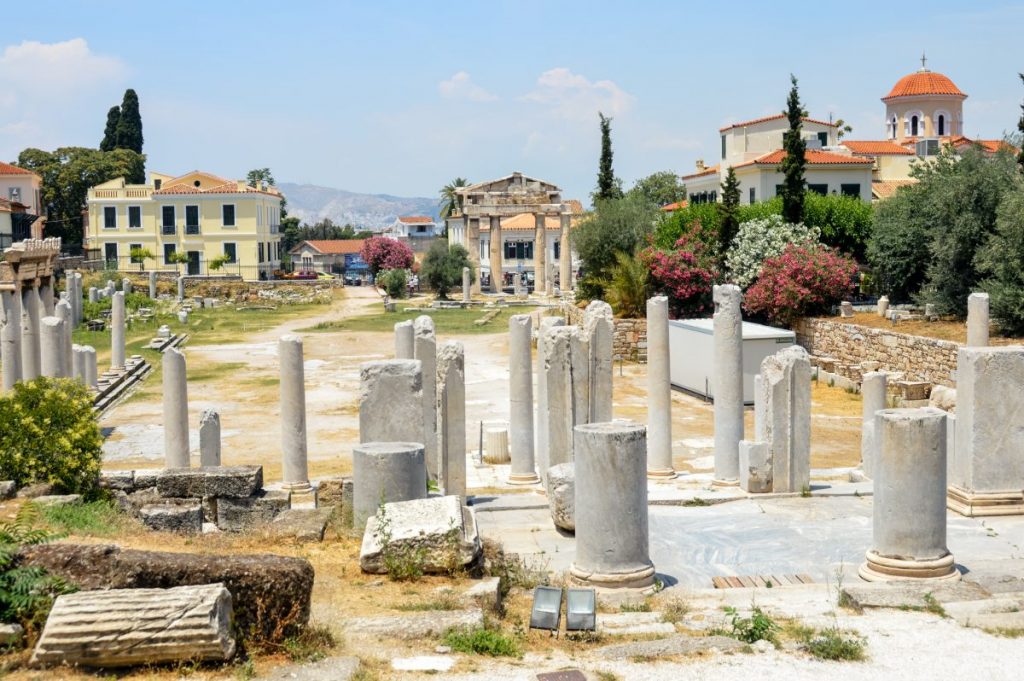 Visit the Dead at one of Athens' Cemeteries

When exploring the history of any city, one of the most valuable things you can do is visit its cemeteries. Athens has several cemeteries; however, its two most famous are the ancient Kerameikos and the official First Cemetery of Athens. First Cemetery of Athens is home to notable burials and stunning, 19th-Century monuments, but it's in Kerameikos that the real history lies. You can wander around the cemetery for hours, and while nothing much there is left, what is fires up the imagination of what Old Athens used to be. Visitors to the site should also check out the museum there; though small, it houses myriad valuable pieces of archeological gold from thousands of years ago. 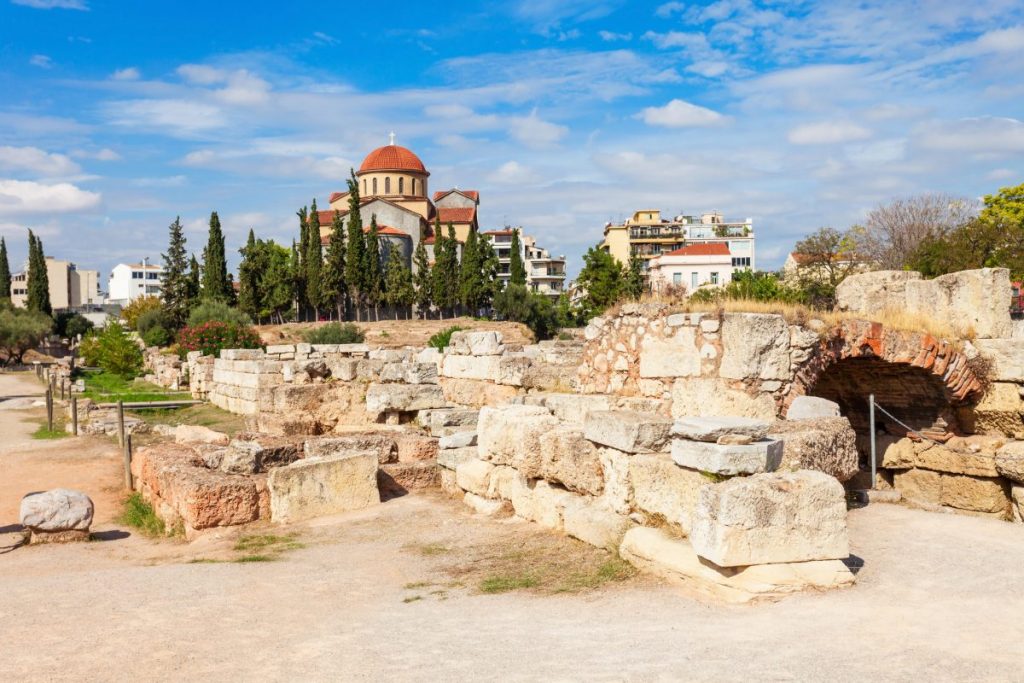 Swing By the Little Metropolis Church

As Shakespeare said, "And though she be but little, she is fierce." Hiding away in the shadows of Athens Cathedral is the Little Metropolis, a tiny church built in the 12th Century. The small, Greek Orthodox church might even go unnoticed in passing, but if you stumble across it, it'll feel as though you've stumbled across a treasure nobody else has seen. It's said that in the 1840s, the Little Metropole even served as Athens' library. 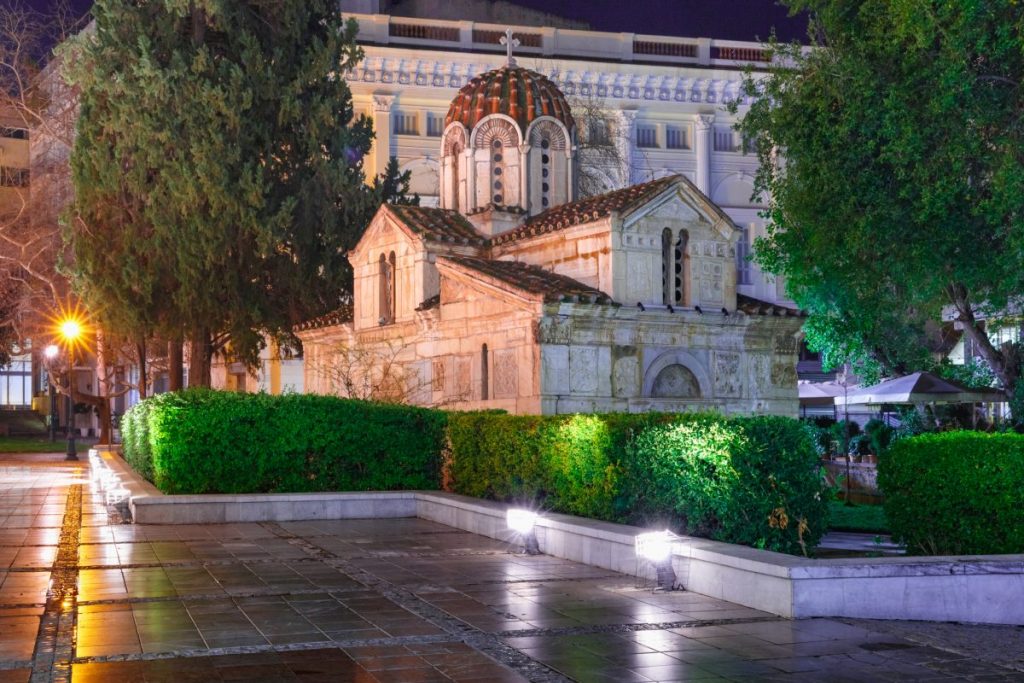 See the Temple of Olympian Zeus Up Close

Built to honor the King of the Gods, the Temple of Olympian Zeus was once one of the biggest throughout Greece. Bigger even than the Parthenon. Even now, while much of it lies in ruin, it's still one of the most inspiring and jaw-dropping historical sights to see in Athens. The temple originally had 104 Corinthian columns, but only 15 of them are still standing. Its 16th lies on the ground after a gale blew it over in the 1800s. The temple took more than 700 years to build, with one of its final pieces of construction being a colossal statue of Zeus himself... and one of Hadrian, who was in power when the temple came to completion. It was his idea, of course. 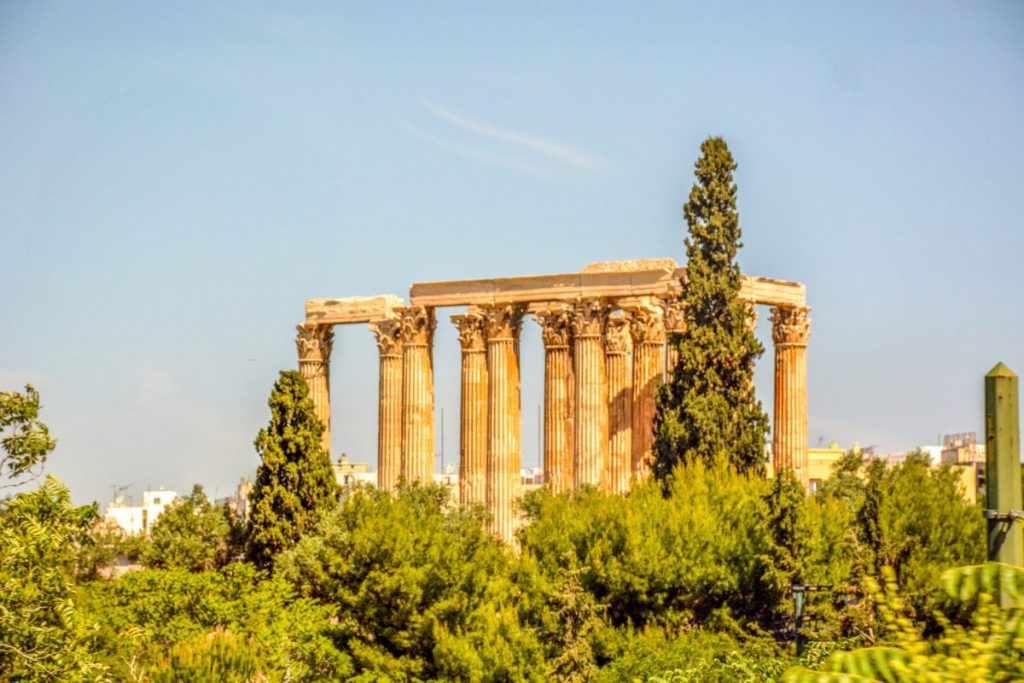 See the Sun Go Down Over Athens

Whether you’re in Athens for a night or a week, make sure to watch the sun go down from Lycabettus Hill. At 277 meters above sea level, Lycabettus Hill is the highest point in Athens and, therefore, has the ultimate view of the city. Throughout the year, no matter the month you visit, you'll see the lights come on over the Acropolis, the Agora, and more. You'll also be reminded of Athens' vicinity to the sea, with panoramic views of the Aegean Coast right there in eyeshot. The summit of Lycabettus Hill is also home to the whitewashed, Byzantine-era church of Agios Georgios. Getting up to the top of the hill is a hike, particularly under the heat of the Athenian sun, but luckily, you can simply hop on the funicular to get to the top. 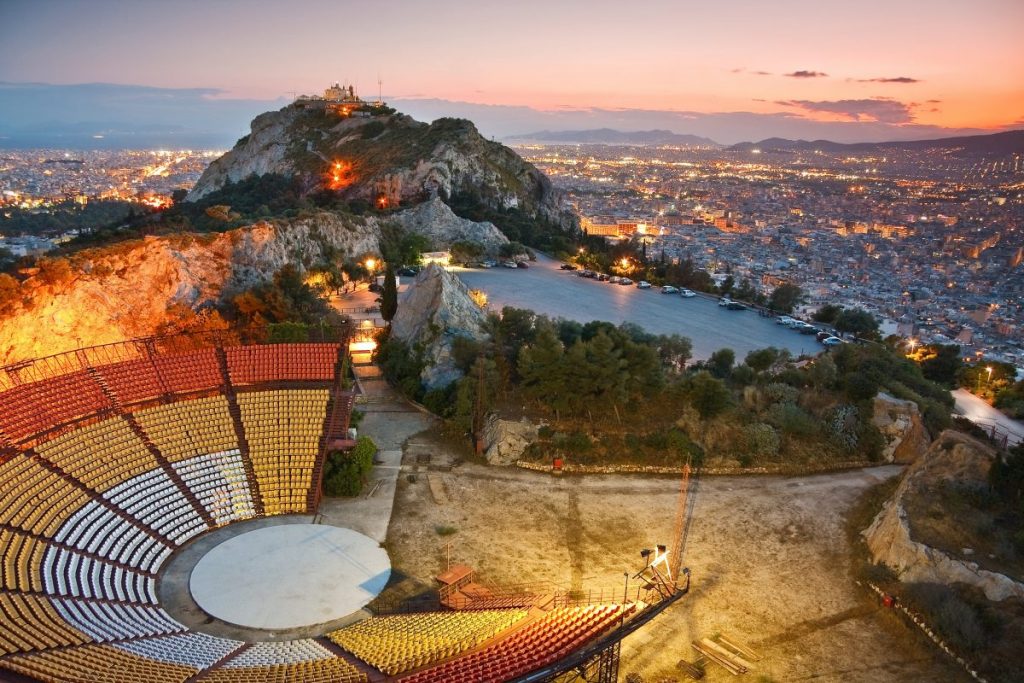