Known as The Rebel County, Cork, Ireland is a city in the south-west of the island of Ireland. It was founded as a monastic settlement in around the 6th century CE and became a city in 1185. The second city and county of Ireland, Cork today it is a vibrant and charming city, full of history, arts, and culture. Not only that, but as you drive out into the surrounding countryside, you'll find some of the most beautiful landscapes, soaring mountains, and the start of the Wild Atlantic Way.

For those who are fans of fresh air, sea waters, and getting to hike - this stretch along the coast of Ireland is an excellent opportunity to see the landscapes, wildlife, and rolling hills of south-west Ireland. A long-established walk, the area is well-kept and looked after, making it ideal for the whole family. The village of Ballycotton is also a fascinating place to visit. It's home to one of the oldest Lifeboat stations in Ireland, that opened in 1868. As you might expect from a lovely coastal town, there's also plenty of opportunity for fishing. At the pier, you can fish for mackerel and conger, and at the breakwater, you can find fish such as plaice, dabs, black sole, dogfish, codling, and mullet. 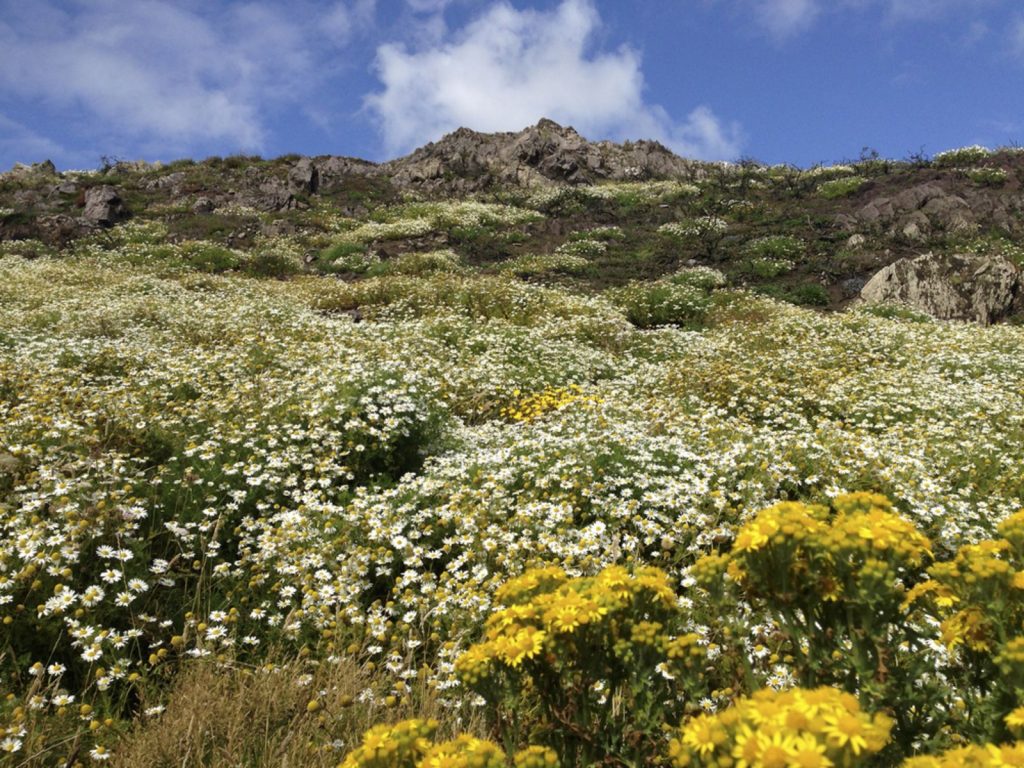 Originally built in the 16th century, Fort Camden was then restored in the 1860s and is now a piece of living history. As well as exploring the historic walls, there are also some permanent exhibitions you can take a look at. These include a presentation on a Brennan torpedo, which was the world's first guided weapon, as well as a resident 9/11 exhibition.

Fort Camden, or Camden Fort Meagher as it's known in Irish looks over the entrance to Cork Harbor. This is one of the world's largest natural harbors and has had protective forts present there since 1550. Many of the original features of the fort have been restored, such as the spiral granite staircase, and the Bright Tunnel - a 160 feet tunnel that runs from the top of the fort to the bottom. 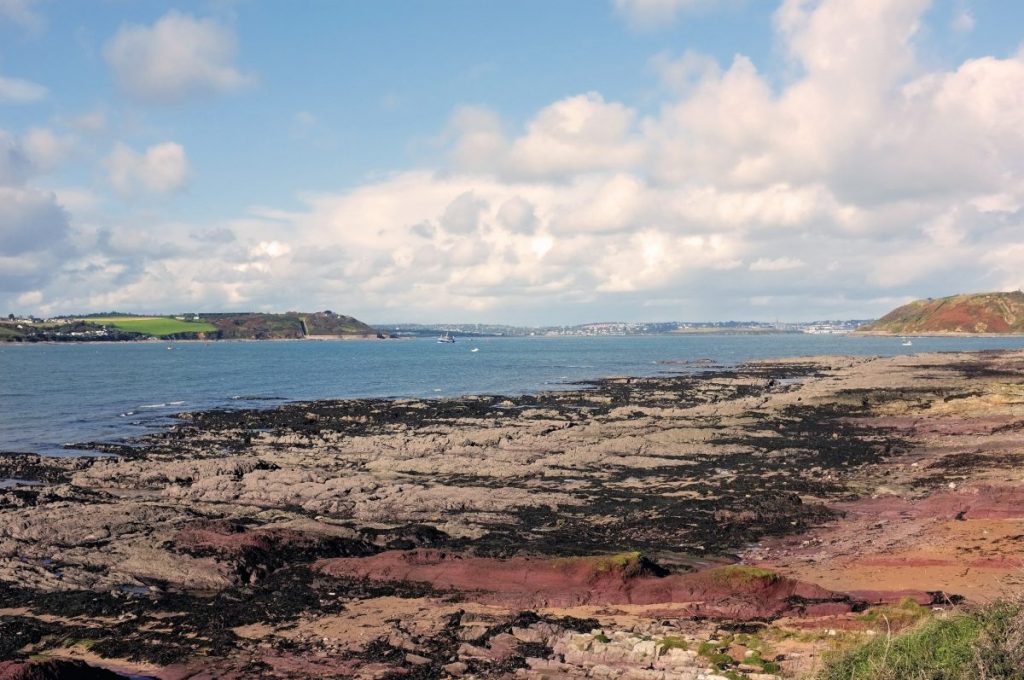 Cobh, pronounced 'cove', was once a small town known as Queenstown. If that rings a bell, it's because it's famous as the final stop of the Titanic before it set off on its fated journey. Cruises are still a huge part of Cobh's industry, with around 100, 000 people setting sail from the village each year, as it is home to Ireland's only dedicated cruise terminal. Tourism in the area gives you a fascinating view of Irish emigration and even deportation. The Cobh museum has many of the ships' logs, which document the people who were shipped to Australia, Canada, and the United States. Cobh is also the birthplace of Anna 'Annie' Moore, the first legal immigrant to be registered in New York's Ellis Island. 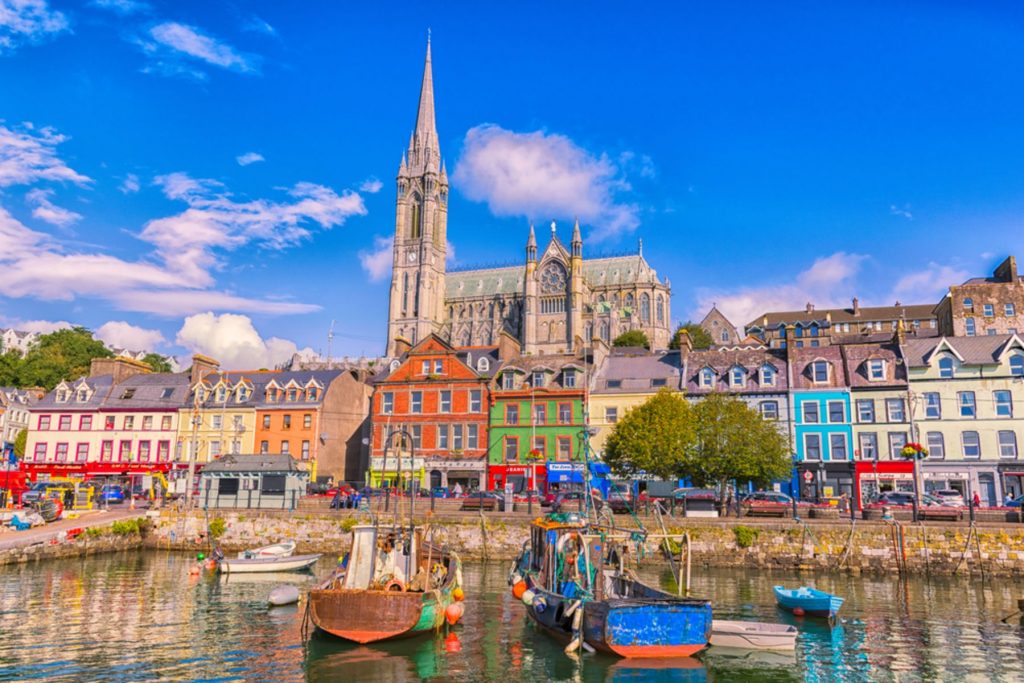 Not for the faint of heart, Fota Wildlife Park is 70 acres dedicated to allowing animals as much freedom as possible to roam. It is an independent non-profit charity which is home to many of Ireland's conservation efforts. The Wildlife Park focuses heavily on protecting endangered species. It is home to the European Endangered Species Program for the Sudan cheetah, as well as the European Studbook for the Kafue Lechwe and Red Lechwe (types of endangered antelope.) What makes the park particularly unique is that it doesn't offer a drive around experience - instead, you'll need to take it on foot and be prepared to interact with the animals on your way. 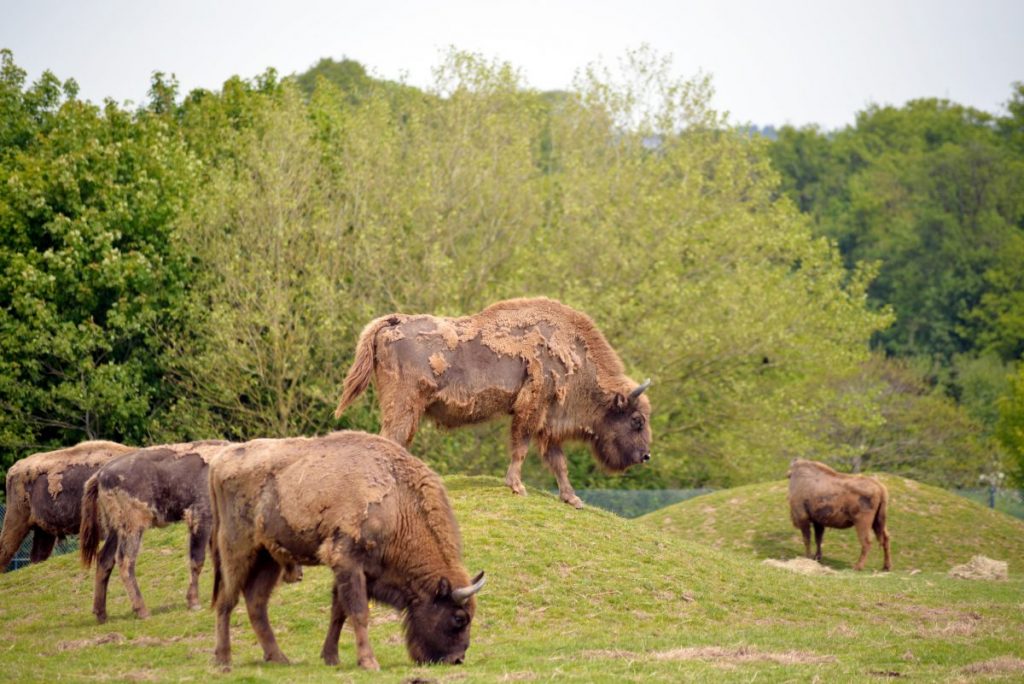 Blarney Castle and the Blarney Stone

Since 1446, the Blarney Stone - or the Stone of Eloquence - has been in situ at Blarney Castle. The rumor of the stone is that if you kiss it, you'll be gifted with the Irish skill of 'blarney' (eloquence or verbal wit). Blarney Castle has been on the site since the 1200s, and while today it is more remains than castle, it is still the location of Blarney House. Blarney House is a mansion which was built in 1874, and is open to the public. The huge grounds are also home to many walking sites, including a prolific poison garden. Here you can see the plants which inspired JK Rowling's Herbology classes - such as wolfsbane, mandrake, ricin, and opium. 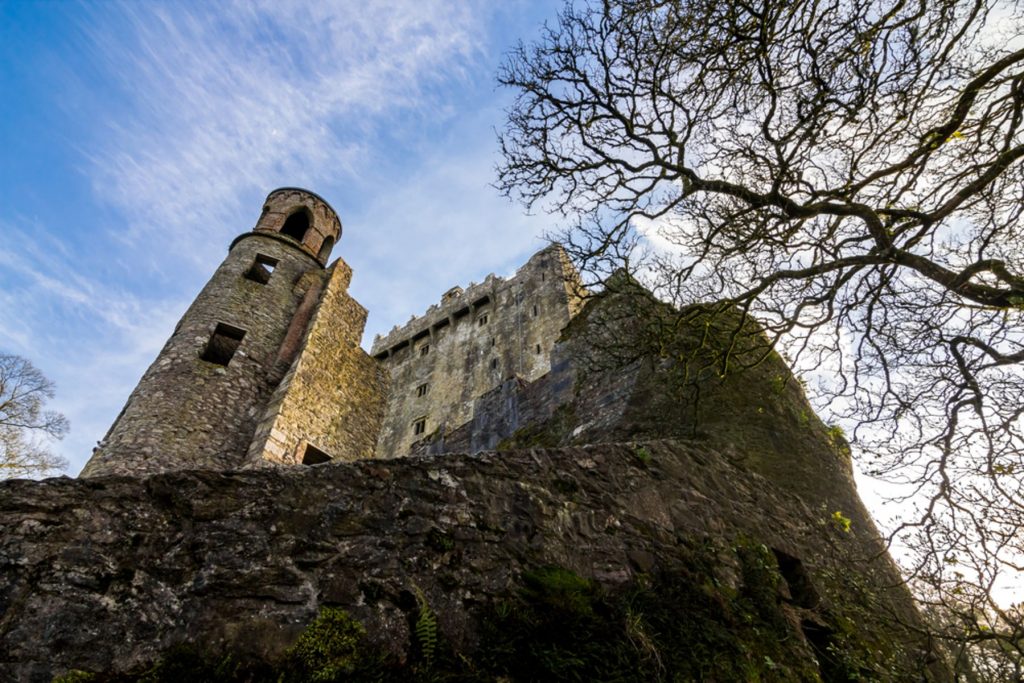 Edward Fitzgerald was the Lord Mayor of Cork in 1902, and was responsible for Cork's International Exhibition. In his honor, Fitzgerald Park was named after him, and it is still home to a stunning ornamental fountain and pavilion. In the grounds, you can visit Cork Public Museum, which focuses on the history and archaeology of the region. The museum is housed in a mansion which was built in 1845. As a designated county museum, Cork Public Museum is home to displays that include Bronze Age tools discovered in the copper mines of West Cork, Iron Age helmet horns, as well as Greek and Egyptian artifacts. 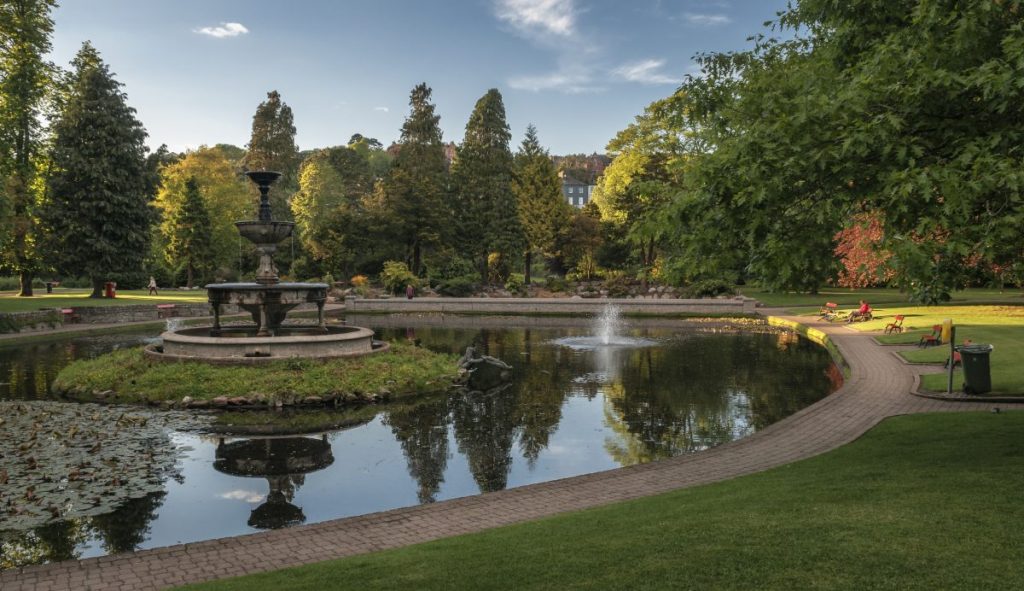 Garnish Island is home to a unique micro-climate and enjoys native exotic plants which revel in the sheltered harbor of Bantry Bay, and the warm currents of the gulf stream which surround the island. On your way to the island, you'll also encounter the legendary seal island, which is home to fur seals. Often you will be able to see dolphins also, as well as rare birds such as the white-tailed sea eagle  The village of Glengariff is home to some of the oldest birch and oak groves in Ireland. A small village - with a population of around 800 - is a great place to roam along the tourist trails. Lady Bantry's Lookout gives one of the most beautiful, uninterrupted views of west Cork area. Thanks to the protected bay, you can also enjoy sea kayaking in a safe environment. 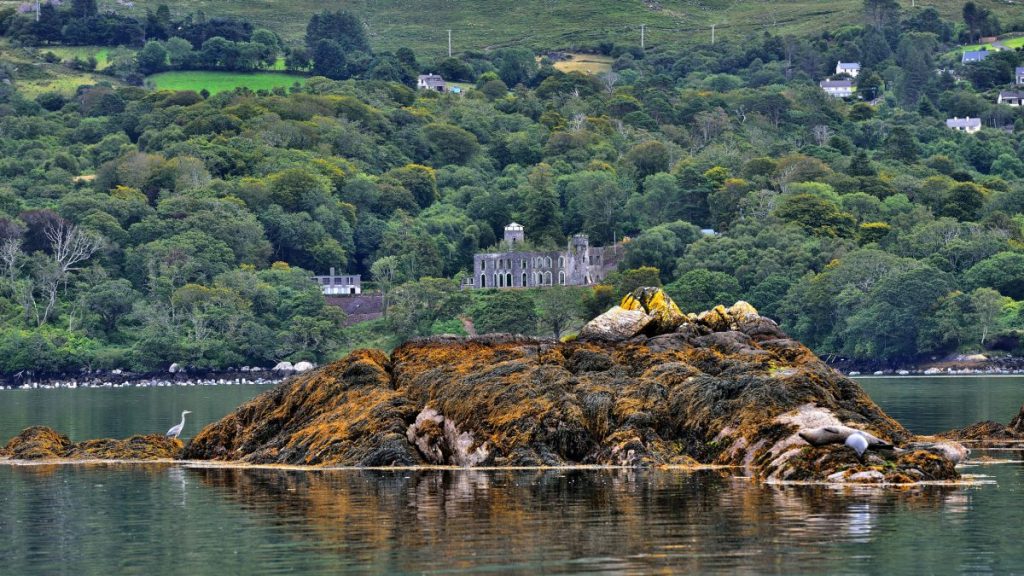 Since the seventh century AD, a place of worship has been present on the location of St Fine Barre's Cathedral. The area has been dedicated to the patron saint of the city, Finbarr of Cork. Finbarr of Cork was believed to have been born in about 550, and visited Cork in order to lay the foundation stones for Christianity in the south of the country. After his death, his remains were brought to the city to be enclosed in a shrine. Thanks to the work of archaeologists, the first church was built in around 606 CE and survived until around the 12th century. Today's cathedral was built on the remains of a medieval cathedral, with nine carved heads still survive from the original structure. Designed by architect William Burges' in 1862, the cathedral is constructed from Cork limestone, Cork marble, and has intricate mosaics and carved icons. 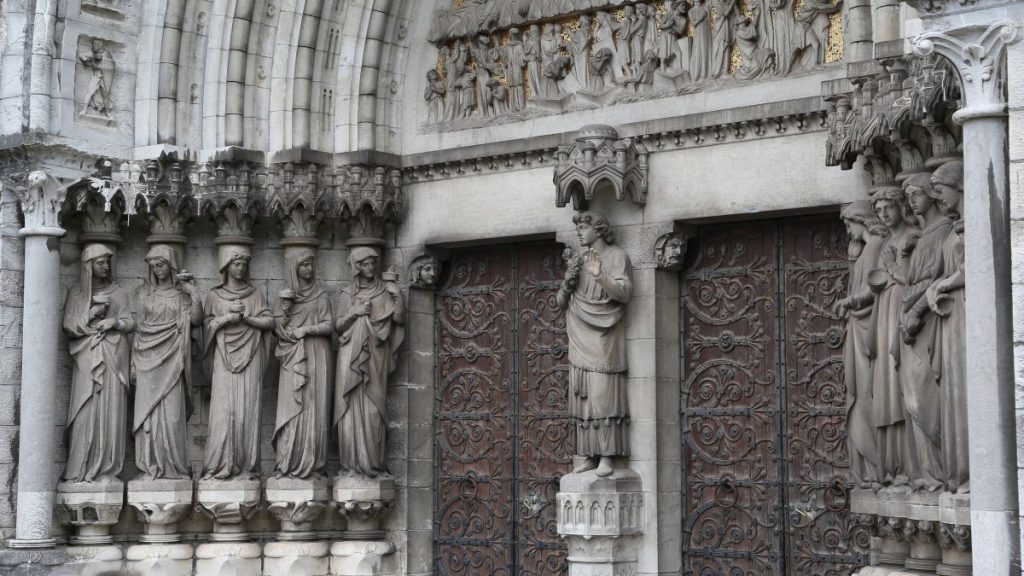 Enjoy a tour of the universe in a 16th-century defense fortification at Blackrock Castle and Observatory. The Castle at Blackrock was built at the appeal of the citizens of Cork to Queen Elizabeth I, asking for protection from pirates and invaders who would attack through Cork harbor. Cork city took ownership of the building, and it has belonged to the city mostly uninterrupted since then. After a huge fire in 1827, the main body of the castle was partly destroyed, and it underwent a two-year rebuilding process which added extra stories to the tower, as well as reconstructing the out-houses. The Cosmos at the Castle project was created in order to have a center for research, outreach, and communication in Cork. The castle is home to working labs for astronomical researchers from Cork Institute of Technology. 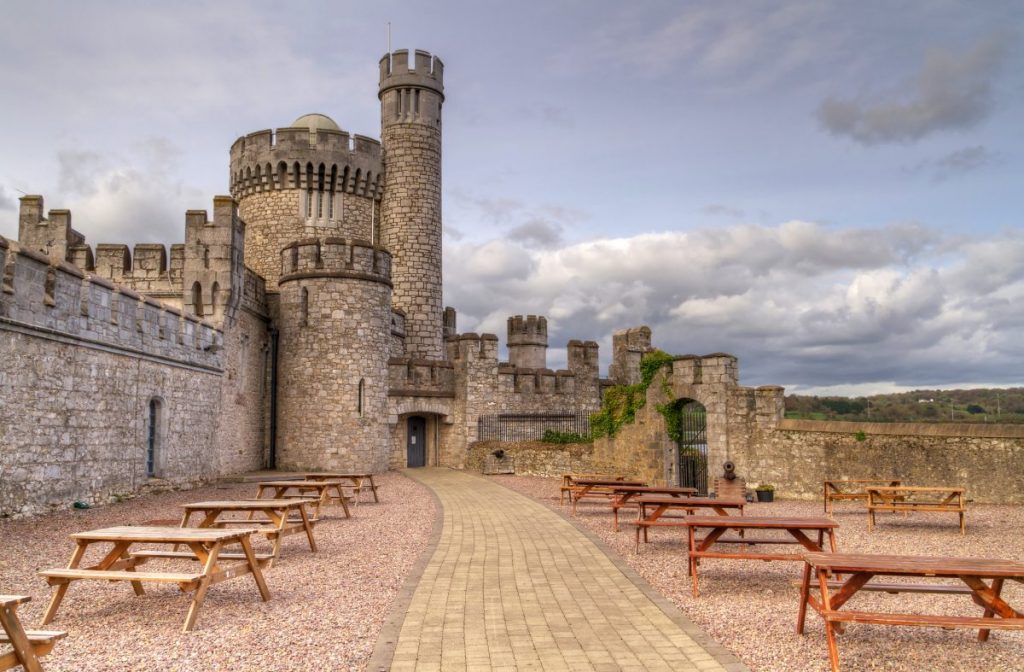 A vital part of Ireland's new culinary scene, Ballymaloe House is a must visit for any foodie. The house actually dates back to an Anglo-Norman castle which was built on the site in around 1450. Owned by the Desmond FitzGerald families, it underwent many changes throughout the years - with the building as it is now being completed in 1820. In 1983, renowned Irish chef Darina Allen took over the running of the house and turned it into the country's most famous culinary school. Since 1974, the restaurant has earned four Michelin stars and is widely seen as one of the finest restaurants in Ireland. 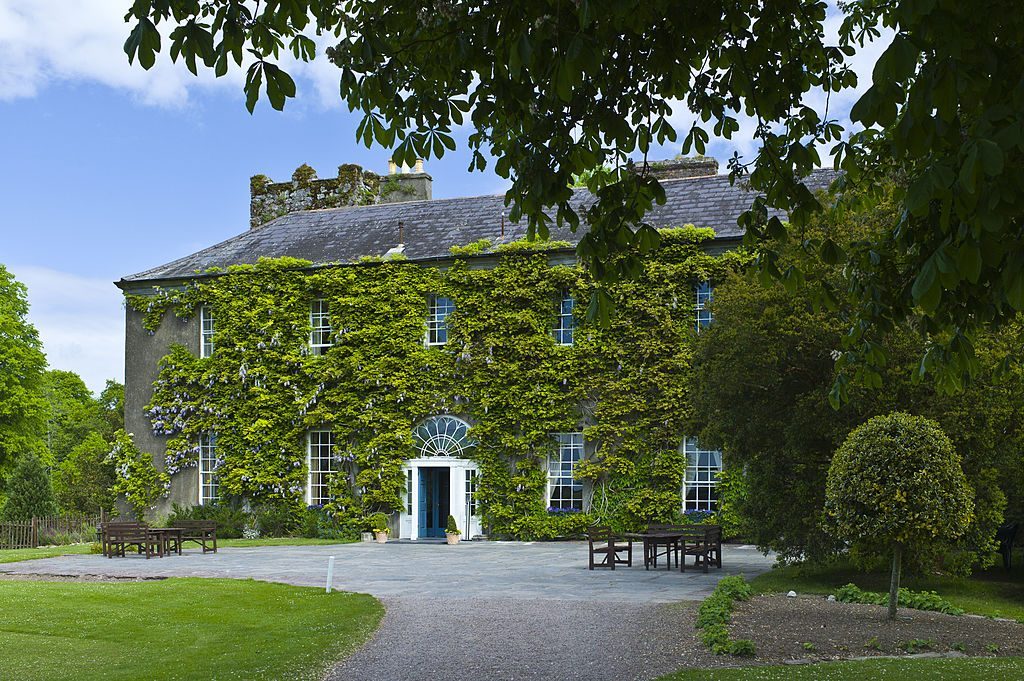