A Millennial's Guide to Istanbul

The only city in the world that spans two continents, for millennia, Istanbul has been a place for conquest, culture, and commerce. The city is split by water into three sections:

- Sultanahmet sits on the peninsula and is home to the Blue Mosque, the Hagia Sophia, and Topkapi Palace.

- European Istanbul is where you'll find shops, restaurants, and a vibrant nightlife scene.

- Asian Istanbul is across the Bosphorus and is a much less tourist-heavy destination.

With its tolerant, secular society and stunning architecture, a trip to Istanbul is a rare opportunity to see the world in a new way.

From the outside, the Blue Mosque feels a little bit like false advertising - there's nothing blue to be found. But step inside the Sultan Ahmed Mosque, and you'll be blown away by the 20,000 blue tiles which make up the stunning ceiling. Built in the early 1600s, while most mosques have two or four minarets, the Blue Mosque boasts six. While it is open daily for tourists, the Mosque is still practicing, and so there is a dress code, and you cannot visit during prayer time except to worship. 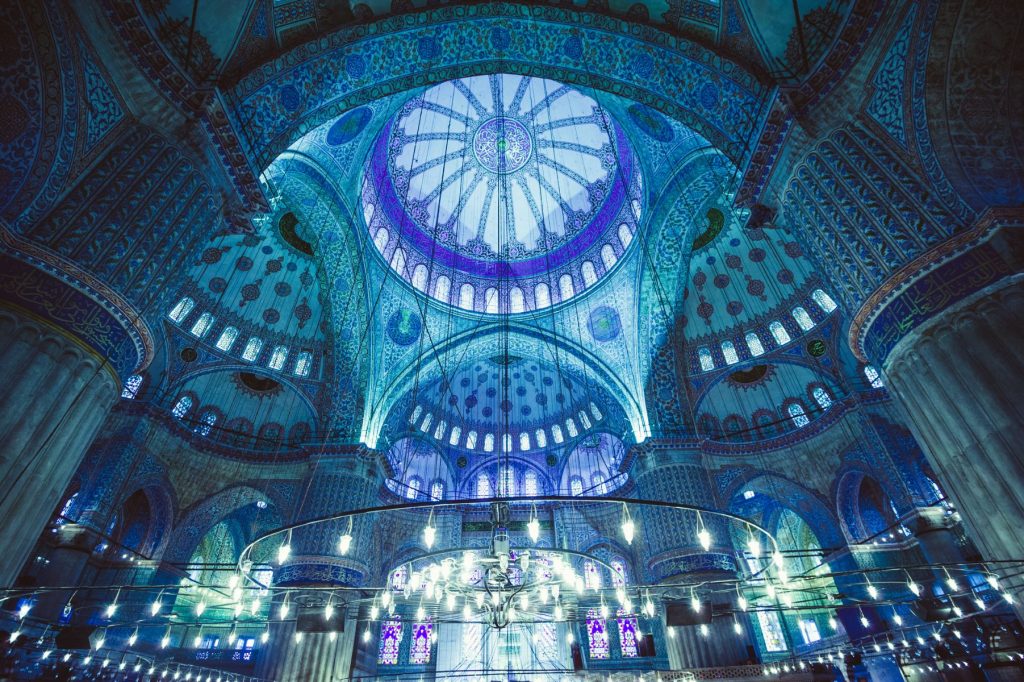 Construction on Topkapi Palace began in the 1400s, and during the fifteenth century, it served as the main home for the Ottoman Sultans. As you might expect for such a grand estate, the palace is architecturally stunning with incredibly opulent gardens and rooms.

Today, Topkapi Palace is partially open to the public as a museum and visitor site. It is home to the most extensive unique collection of Chinese pottery outside of China, dating back to the 13th century.

Topkapi Palace also has religious relics, which include some of the Holy Mantle of the Prophet; hair from the Prophet's beard; and the footprints, letters, bow, and sword of the Prophet. 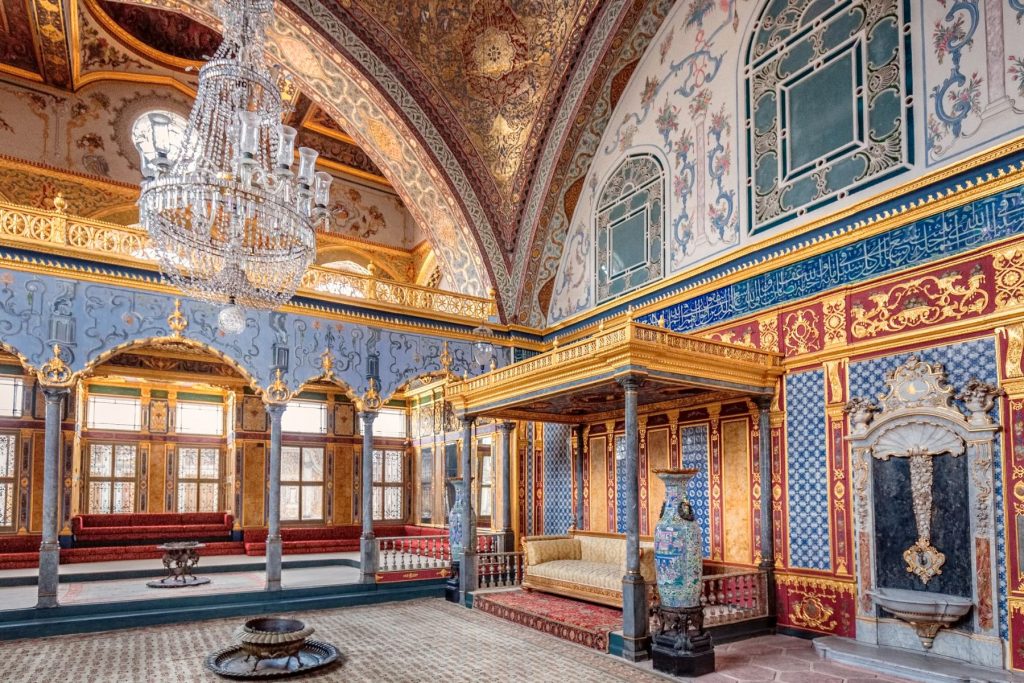 The Hagia Sophia was commissioned in 532 CE by the Byzantine Emperor Justinian I and was the focal point for the Eastern Orthodox Church for almost 1000 years. In 1453, when the Ottoman Empire conquered Constantinople, the building became an Ottoman mosque. The mosque was transformed into a museum in 1935, by the first Turkish President and founder of the Republic of Turkey, Mustafa Kemal Atatürk.

Aside from its sheer physical size, the building is particularly impressive for the early Christian mosaics which are still visible today. Discussions are in place to convert the museum back once again into a Mosque. 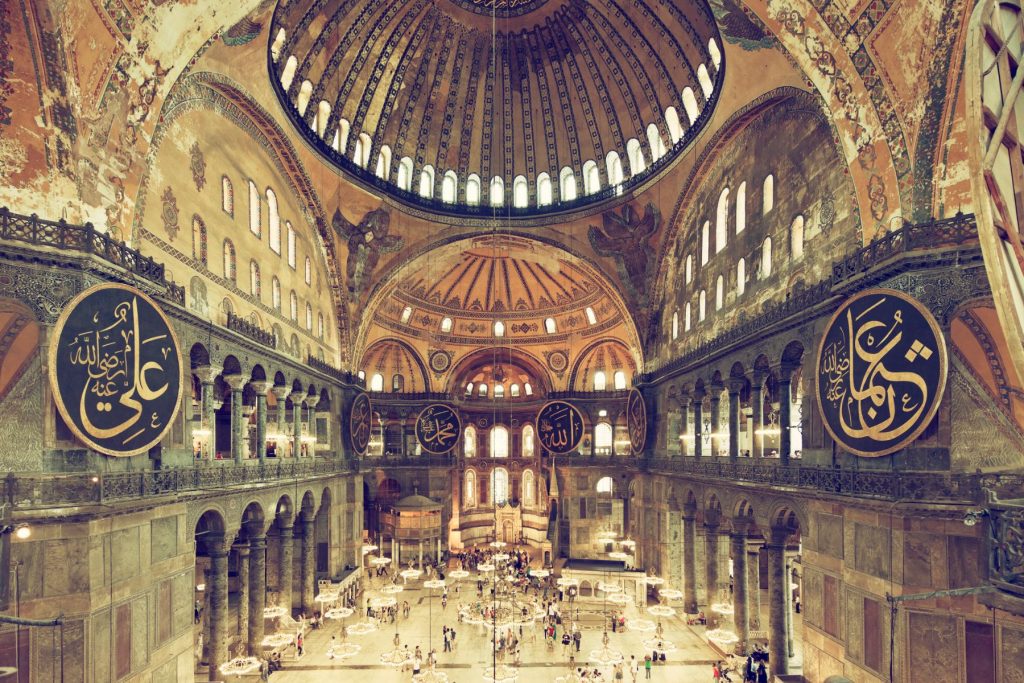 Eat Your Heart Out

Spending your time roaming the beautiful city is sure to have you working up an appetite, and while you're in Istanbul, several local delicacies are well worth trying.

For those who have a little bit more of a sweet tooth, you'll have no difficulty finding some delicious lokum. These are Turkish delights, which come in many different flavors from rose water to almond.

Also make sure to try some of the delicious soaked pastries known as baklava, which have been covered in honey syrup and are usually stuffed with pistachios or almonds. 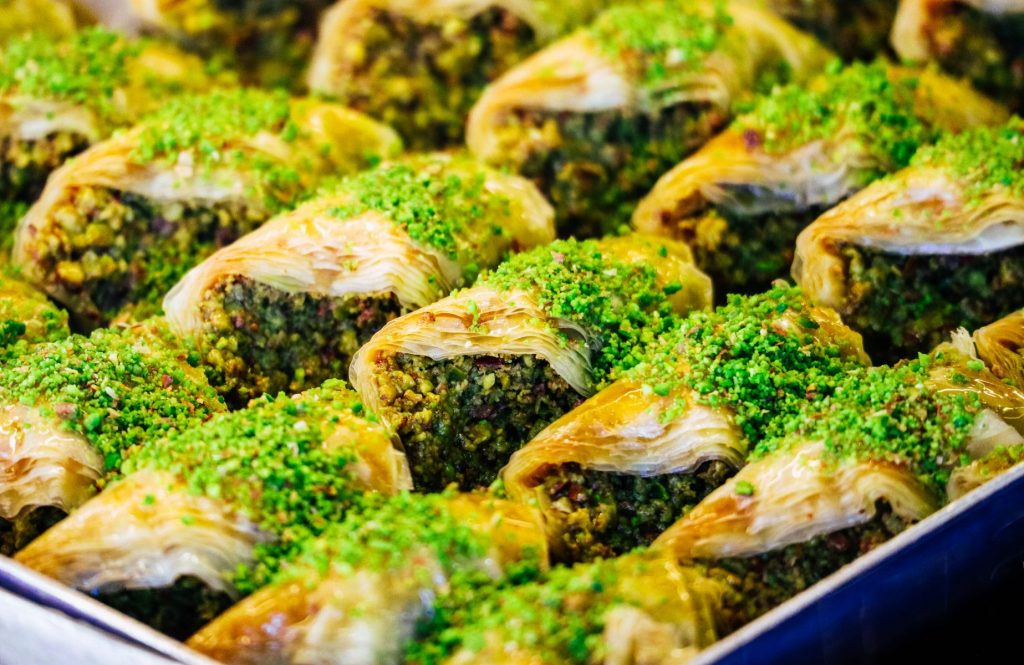 Historically one of the places for Turkish people to socialize and gossip, the traditional Hammam experience is something that you don't want to miss out on when you're visiting Istanbul. Turkish baths are separated by gender, and a traditional experience will see you given a towel so you can preserve your modesty.

In a traditional Hammam, you will enjoy a steam room, a hearty massage, and a scrub down. If you're new to the experience, you'll find that you either love it or hate it, and there are a wide range of Hamams in the city. Some claim to have serviced everyone from Tony Curtis to Florence Nightingale, so the only thing to do is to make your own mind up! 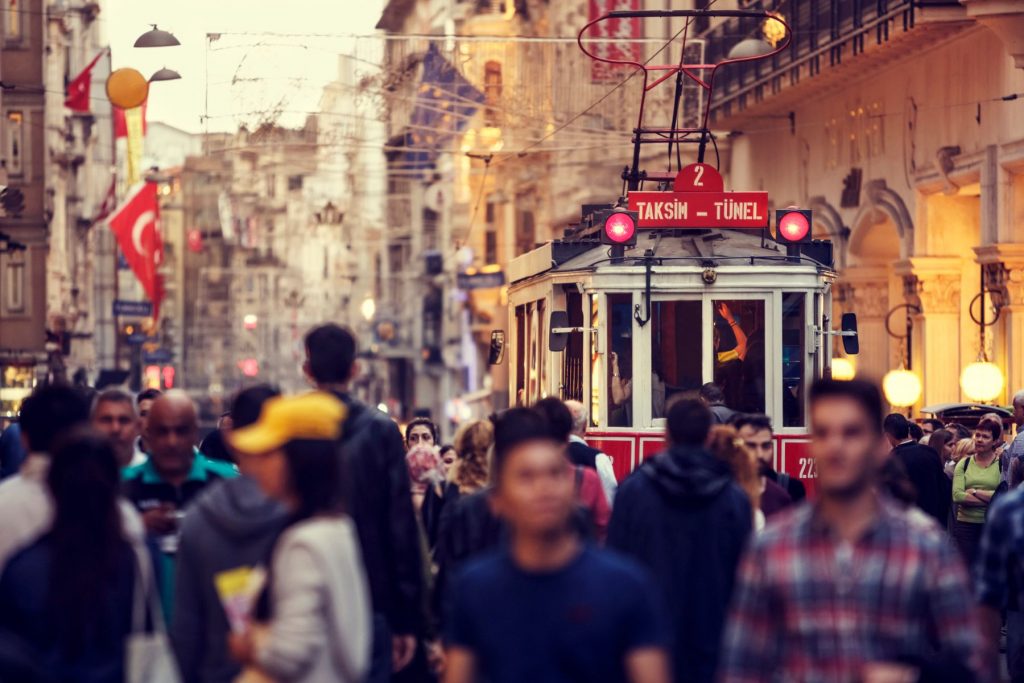 Built in CE as a watch-tower, the 9-story Galata Tower has impressive views over the Gold Horn. With its distinctive cone-capped tower, it offers a panoramic view of the peninsula and surrounding areas. Today it is open to members of the public and is a great opportunity to look out over the breathtaking landscapes. Lines can tend to get quite long, so it's best to visit it in the early mornings - however, there is also a cafe and a nightclub on the upper floors. 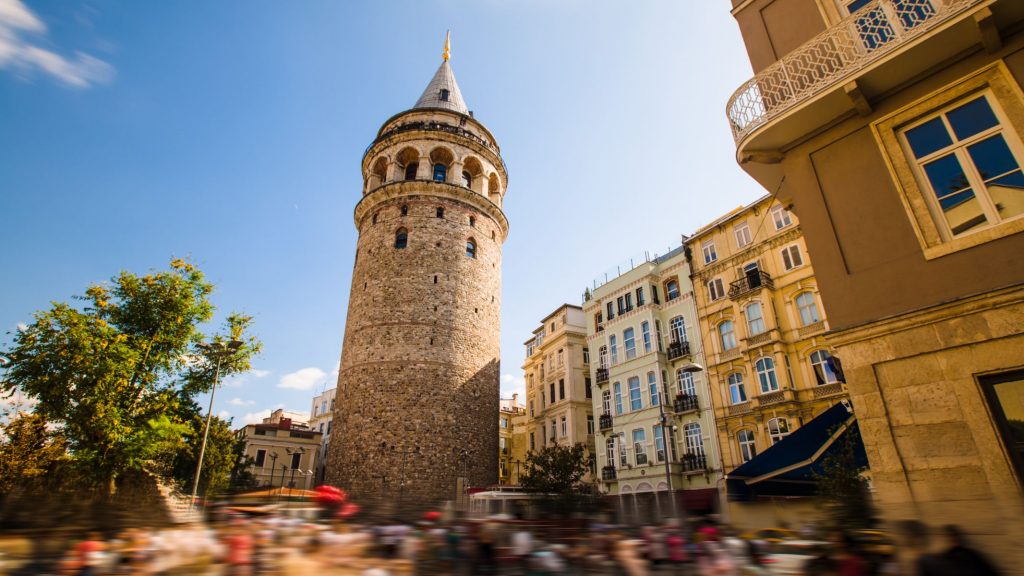 Stretching around 1 mile through European Istanbul, Istiklal Caddesi is the perfect place to shop til you drop. Open 24 hours a day, seven days a week, you can get everything from designer clothing and handmade leather goods to musical instruments and local art. Not for those who dislike crowds, however, as around 3 million people a day visit the street on the weekend.

Be sure to stop off for a drink in the stunning Cicek Pasaji - or Flower Passage - or if you're feeling a little exhausted, take a trip on the antique tram to get to Taksim Square where you can enjoy dinner in a rooftop restaurant with a stunning view of the Bosphorus. 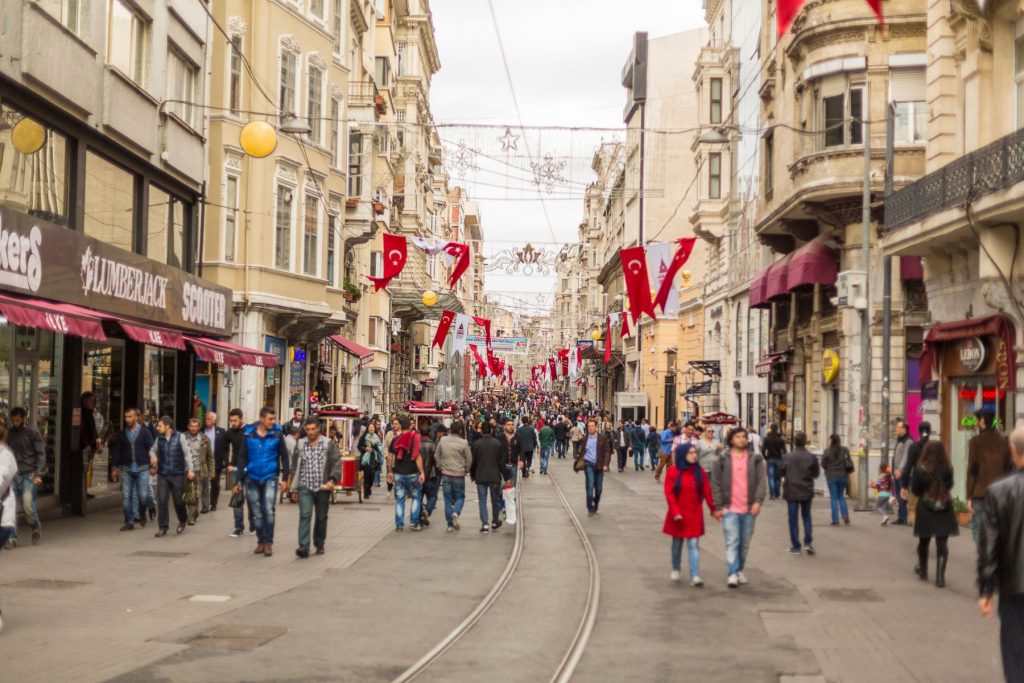 The Grand Bazaar is the largest undercover marketplace in the world, and no visit to Istanbul would be complete without a visit here. It is 330,400 square feet and has over 60 streets and alleys which are home to 4000 shops and 500 dolaps - or market stalls.

You will get lost. There are 22 entrances, and the entire outside section is also part of the market. It will also take more than an afternoon, so rather than rushing through, take your time to chat with the shop owners, and barter for the purchases you want to make.

Don't be afraid to pass on certain objects, and some shop owners will more aggressively try to close a sale with you. In general, the more aggressive the vendor, the less likely the item is worth your time. 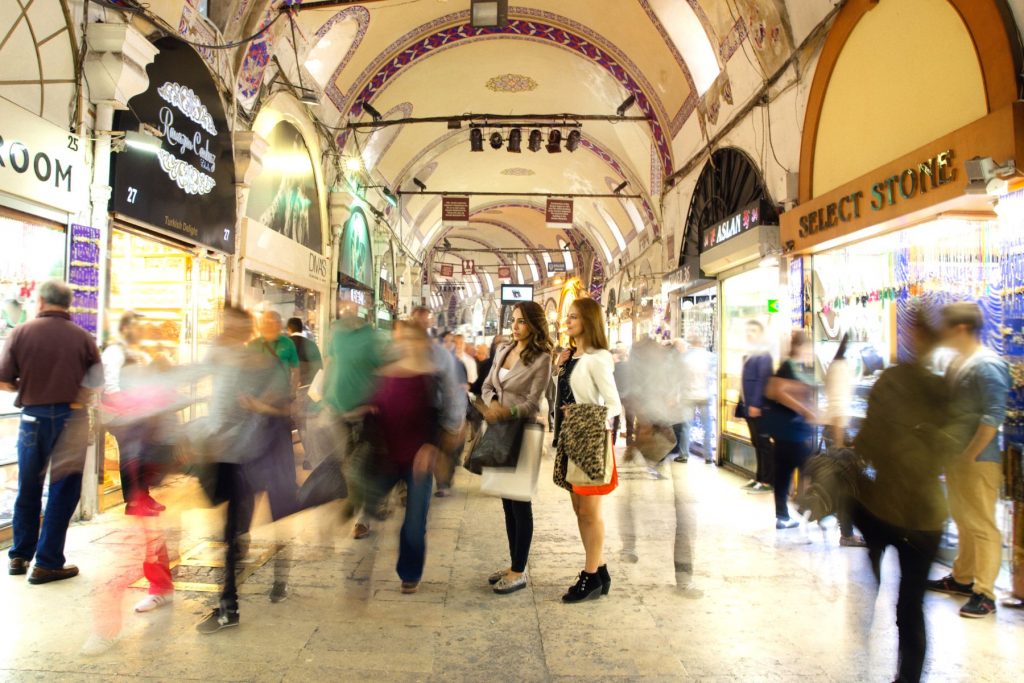 When it comes to getting a feel for Istanbul, a 90-minute cruise on the Bosphorus will give you an unrivaled view of Istanbul's skyline. These cruises go from Eminonu quay to the Bosphorus Bridge and then return, and is a great way to understand more of Istanbul's geography. If you want to get to the less touristy part of Istanbul, take a ferry from Karakoy or Eminonu to Harem. Part of the Asian side of Istanbul, you can walk the coastal path to Uskudar, and look into Europe from the next continent. 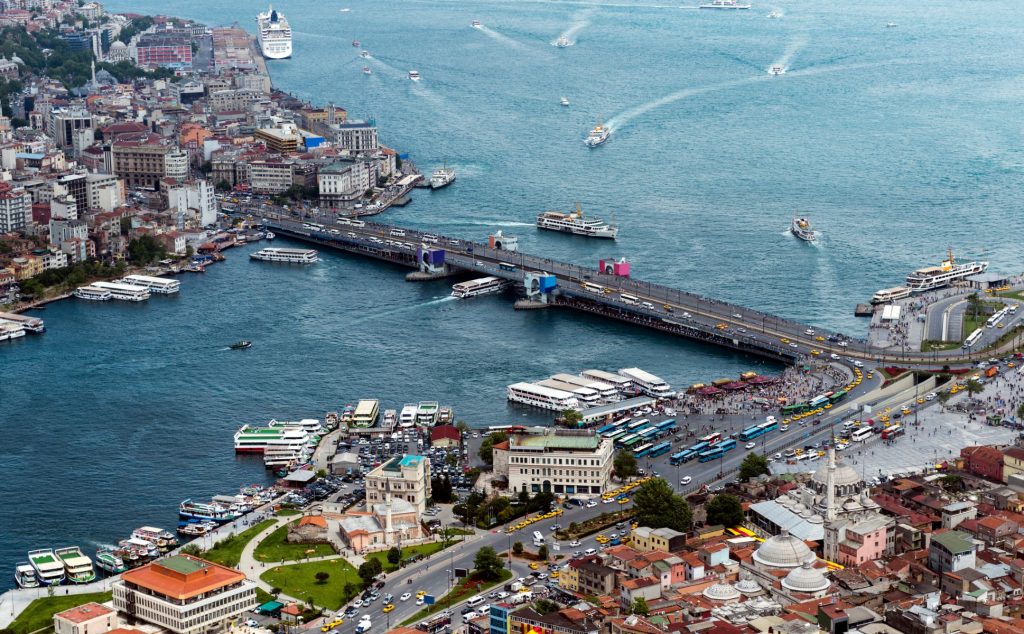 Far from just a stunning city, there are also several small islands off the coast of Istanbul that make for incredible visits.

Known as the Princes' Islands, there are nine islands in total which sit in the Sea of Marmara. Once exile sites during the Ottoman Empire, today just four of them are open to the public who want to escape the hustle and bustle of Istanbul. Büyükada, which is the biggest and most popular, Burgazada, Heybeliada, and Kınalıada.

The islands have Victorian cottages and horse-drawn carriages, and if you find Istanbul is a little overwhelming, take the first-morning ferry out, and spend a day in silence and tranquility. 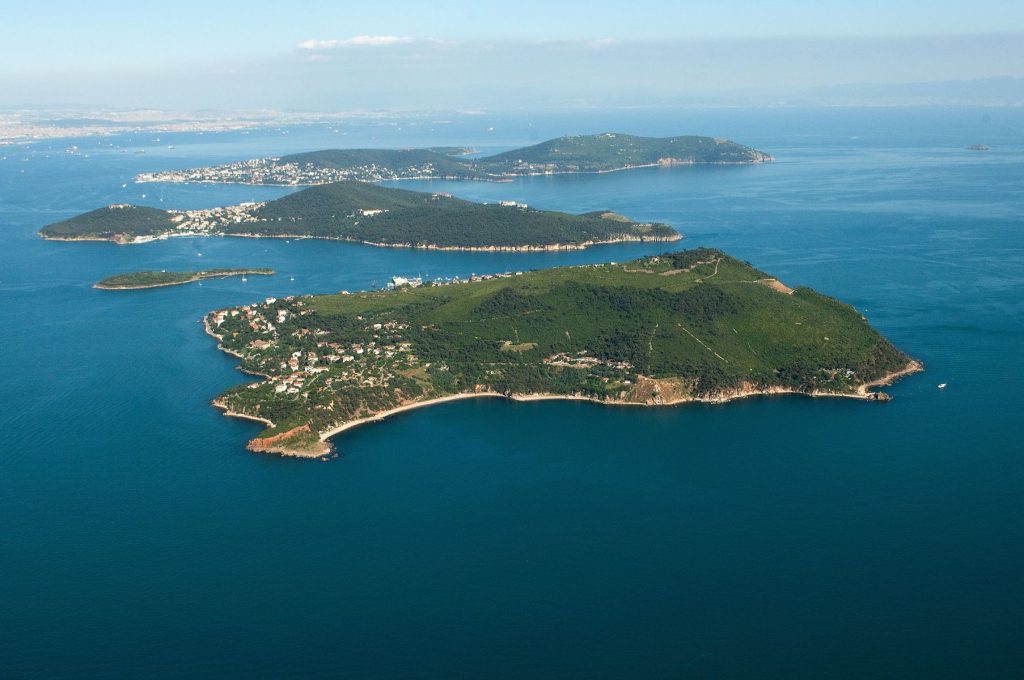 The highest point in Istanbul, Çamlica Hill has a wide range of tea shops, cafes, and restaurants, as well as a public park with flower gardens and fountains. Take an afternoon trip to the Çamlica Mosque, which is the largest mosque in Asia Minor, and includes a museum, art gallery, and library.

Then grab a refreshment and sit on the hill to watch the sunset over the bay, with some of the most stunning views you'll ever encounter. 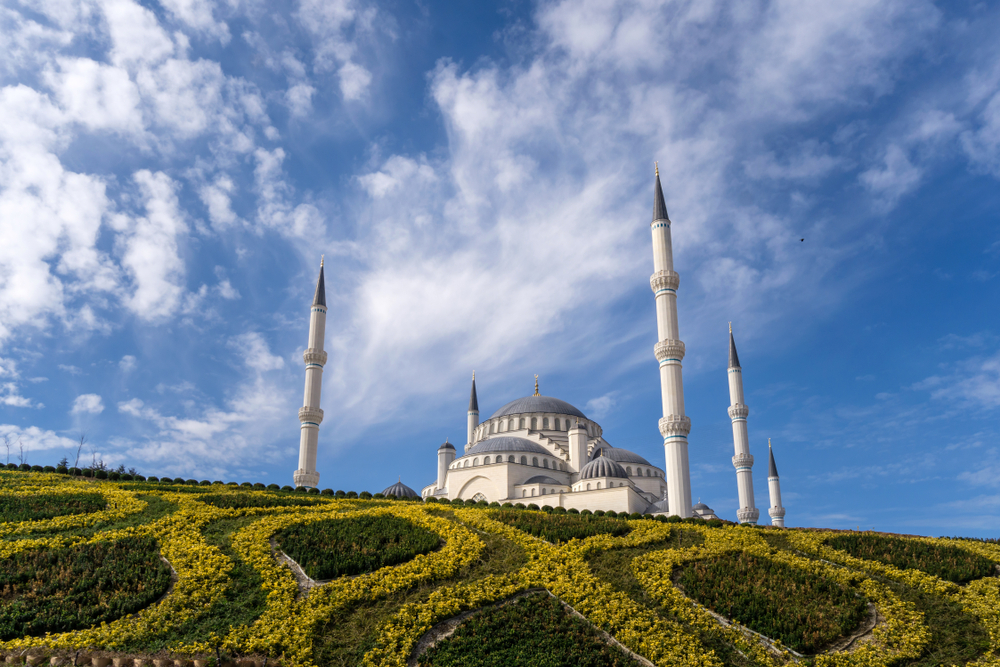 If you think that Kanye and the Kardashians invented the notion of bling, it's time to take a trip to Dolmabahçe Palace. Built in the mid-1800s, this palace cost 5 million Ottoman lira, which is equivalent to 35 tons of gold, or around $1.5 billion. Crystal Balustrades support the grand staircase, and the ceremonial hall has the largest Bohemian crystal chandelier in the world, which was a gift to the Sultan from Queen Victoria of Britain. 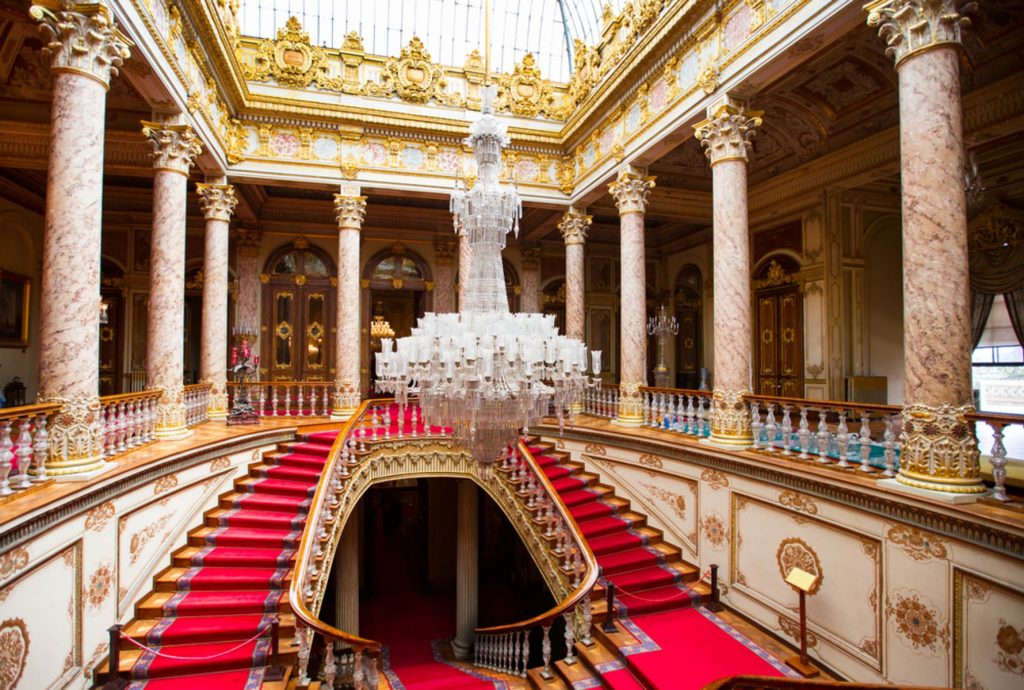