A Brief History of Notre-Dame Cathedral

For Parisians, the towering Notre-Dame Cathedral is a symbol of national identity; of what it means to be French. It’s also one of the most famous landmarks in Paris, attracting more than 13 million international visitors a year. On the afternoon of Monday, April 15, 2019, a great fire broke out in the Cathedral’s rafters. French nationals and tourists alike lined the banks of the Seine, watching the catastrophic event unfold before their very eyes. Additionally, millions of others watched the news in disbelief. But what is the history of this glorious piece of Gothic architecture?

When Was Notre-Dame Built?

The fire at Notre-Dame was jarring for many reasons. One of these was the length of its construction of almost 200 years. Notre Dame, which means "Our Lady" in French, has been the heartbeat of Paris for centuries. Its location on an island in the heart of Paris, however, has been a place of worship for many. Notre-Dame's predecessor was built in the 10th Century, but the Cathedral as we know it today was built during the reign of Louis VII. Construction started in 1163 and was largely completed by 1260, but many additions were made over the next century. 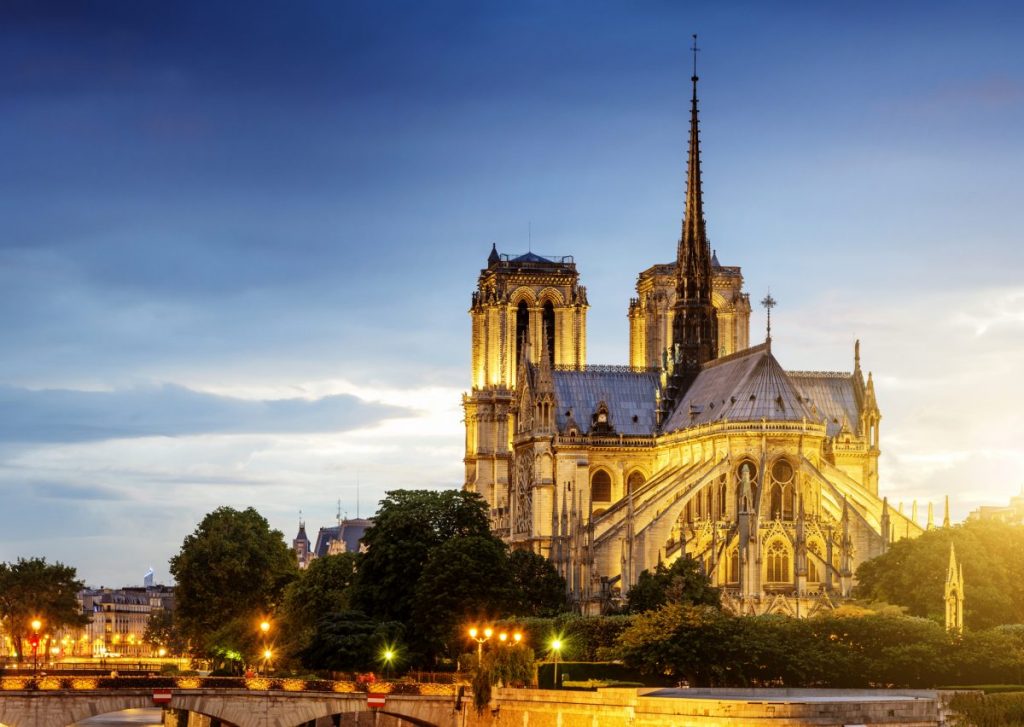 The Île de la Cité is one of only two natural islands that remain in Paris. It's also the biggest. These days, tourists and locals alike stride across the square of Parvis Notre-Dame, on their way to work, cafés, and museums. The square, which is in front of Notre-Dame's bell towers, is the location of France's "Kilometre Zero." Sort of like the mile marker from which distances from France are calculated. 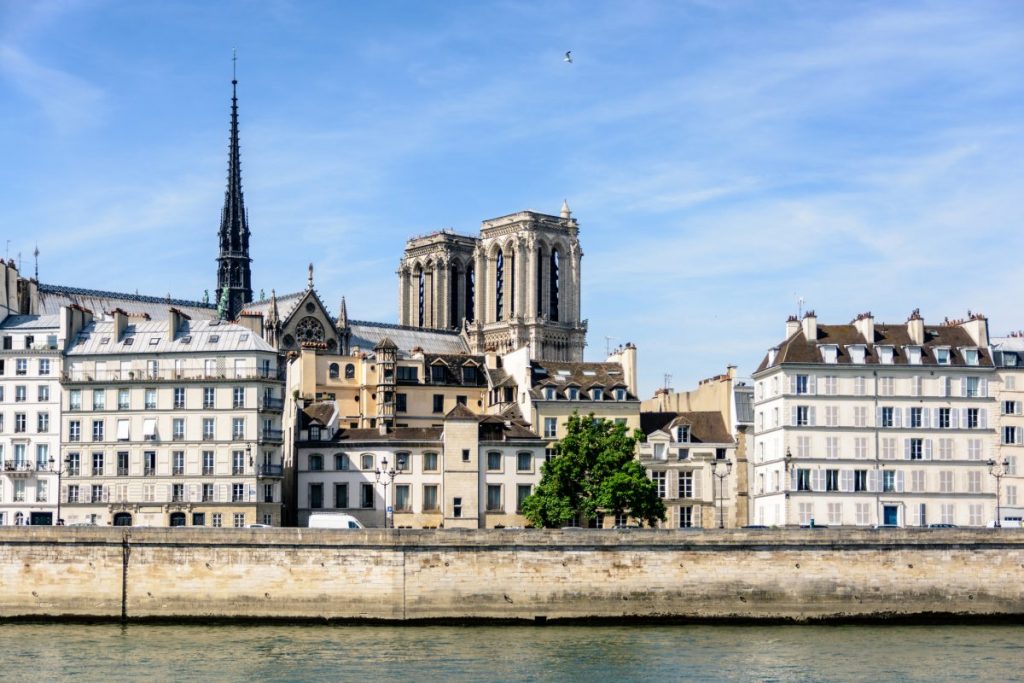 The History of Notre-Dame

Although it’s impossible to sum up a history of 856 years, a framework for Notre-Dame’s history can be built. There’s evidence that before there was a church, there was a temple dedicated to Juno, that was built by the invading Romans. To calculate how many feet have walked over the ground where Notre-Dame lies is even more impossible. In some ways, it feels as those Notre-Dame has been there since the dawn of time. 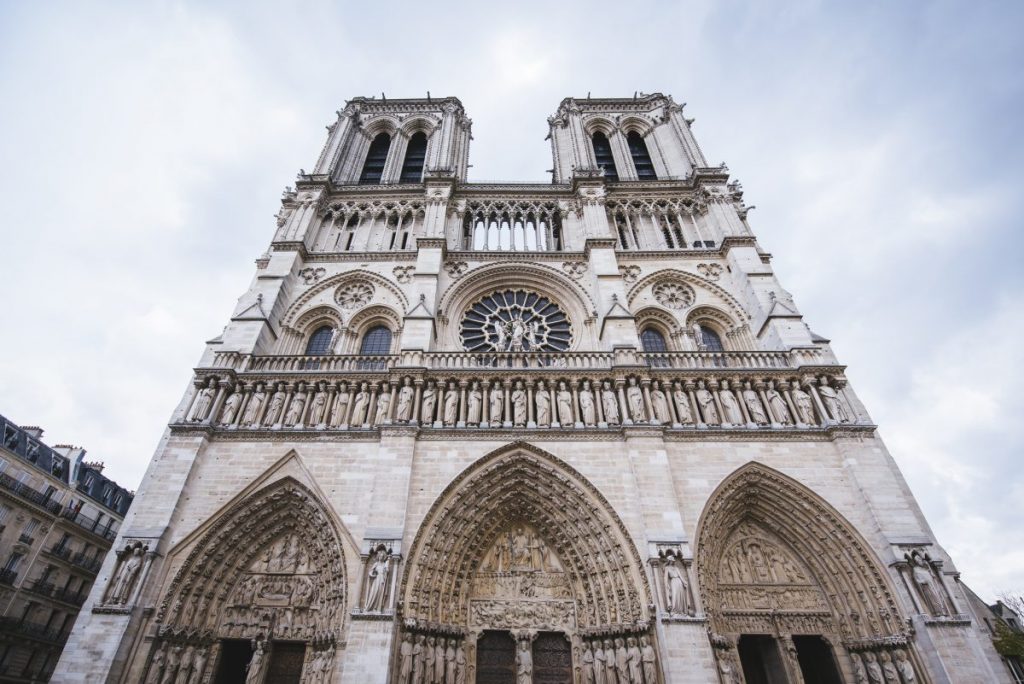 Joan of Arc and Notre-Dame

Throughout history, there have been countless tales, movies, and songs about Joan of Arc. And for good reason. Jeanne d'Arc, now canonized in the Roman Catholic church, is one of France's most notable heroines. According to legend, Jeanne had a vision of Archangels and Saints who instructed her to help the King recover the country from the English. She infamously disguised herself in male clothing, fought valiantly in the Hundred Years War, and was eventually executed for heresy. It was in Notre-Dame Cathedral that the Pope beatified Joan of Arc. 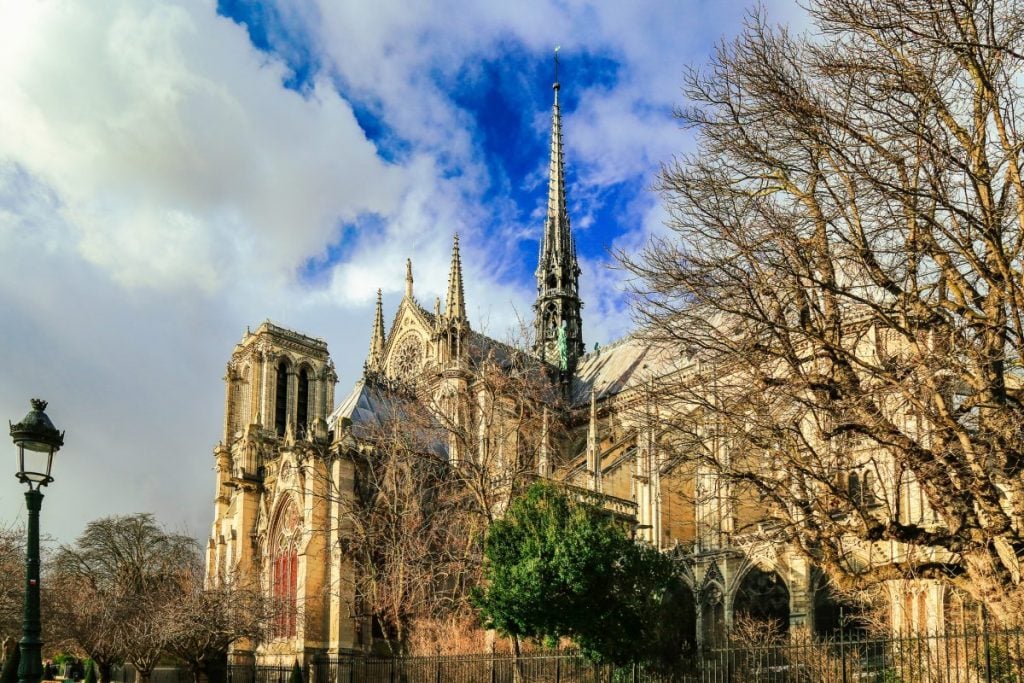 Napoléon Bonaparte was the first Emperor of France. Before this, he was a French noble born on the island of Corsica. He studied at the Royal Military School in Brienne before moving to Paris to attend the Ecole Militaire. It was from here that he graduated as Second Lieutenant. Napoleon's rise to infamy came during the French Revolution where he fought to put an end to the French monarchy. Five years after the end of the Revolution in 1799, in 1804, he crowned himself as Emperor under the roof of Notre-Dame. And yes, that is where “Napoleon complex” comes from. 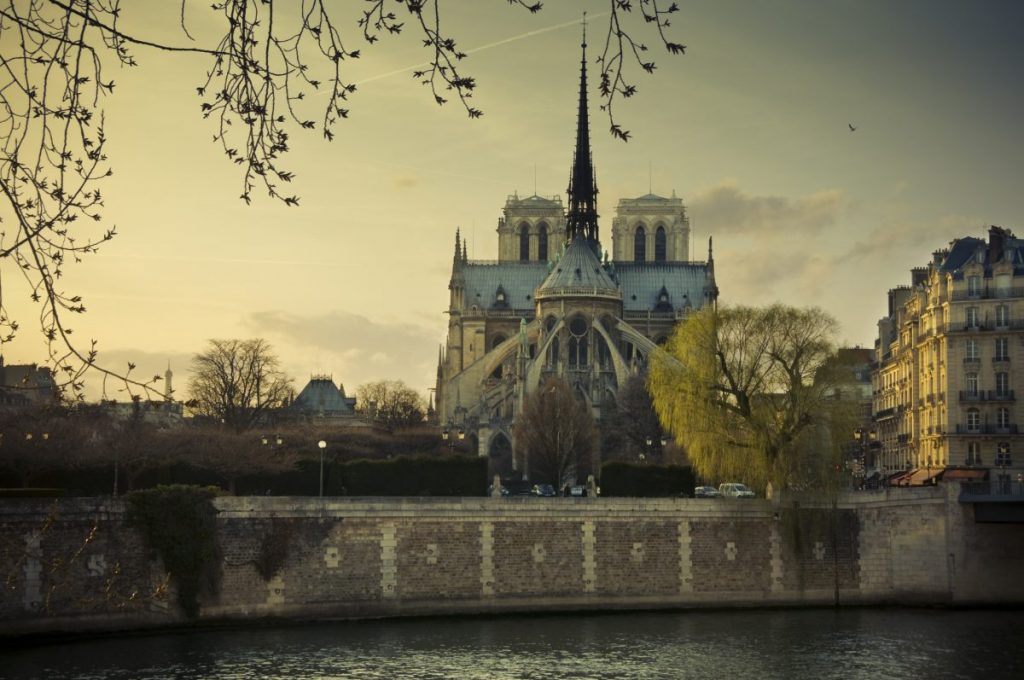 After Napoleon and the French Revolution, Notre-Dame was thrown into a state of disrepair. During the war, revolutionaries tore down statues of kings from inside of Notre-Dame. They also tore down the original, 13th-century spire and turned it into a wine warehouse. It wasn't until a famous author wrote a book that the Cathedral was saved. 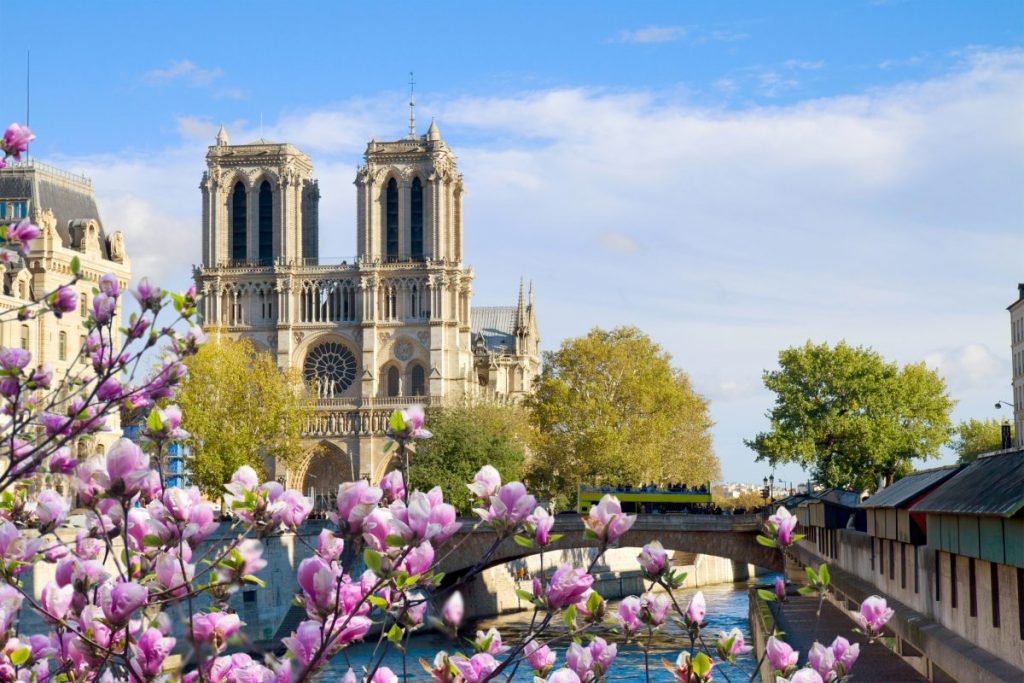 Victor Hugo is widely considered one of the best literary figures of all time. Responsible for writing novels such as Les Misérables, Hugo was also ahead of his time. He was a renowned wordsmith by the time he was 30, but his influence stretches far into social politics and beyond. In 1829, Victor Hugo began writing his next masterpiece. It told the story of a hunchback named Quasimodo who lived in the bell towers of Notre-Dame. With the novel, he was sure to declare that people look after their history. The book was so successful that inspired Parisians to restore the Cathedral back to its former glory. 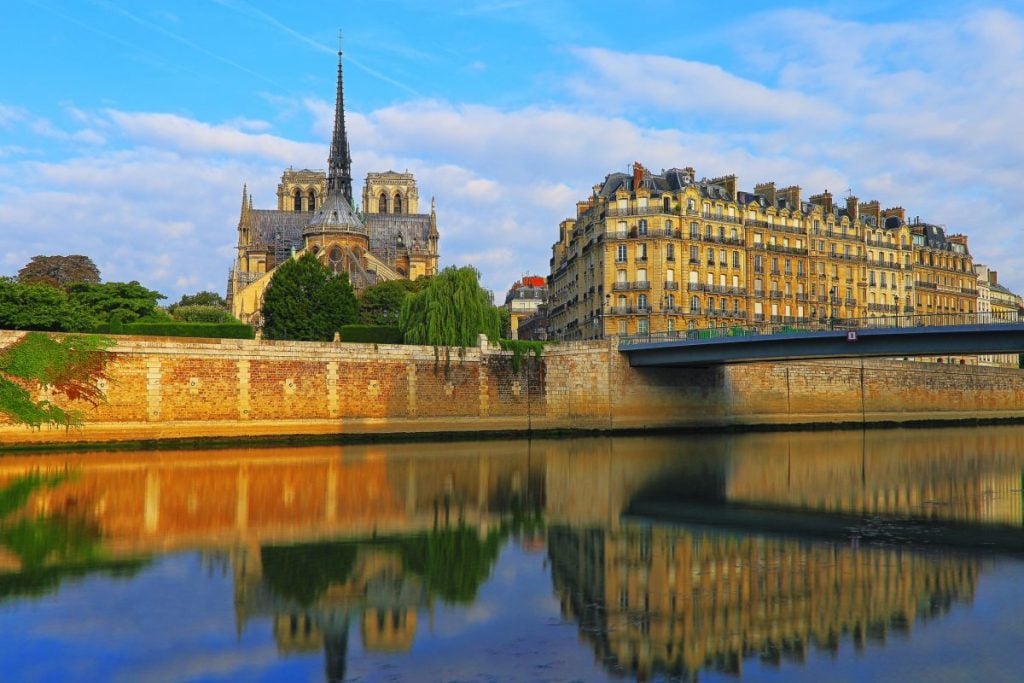 One person who was influenced by Hugo's novel was an architect named Eugène-Emmanuel Viollet-le-Duc. To this day, Leduc is known for restoring some of France's best-loved monuments. However, it's the Cathedral of Notre Dame where his influence remains so solidly. Inspired by Victor Hugo, he replaced the Cathedral's formerly crumbling gargoyles with new figures that could look out over Paris. Those figures are the ones that are now in thousands of photographs the world over. As well as this, he installed new roofs and a new spire made of lead-coated wood. 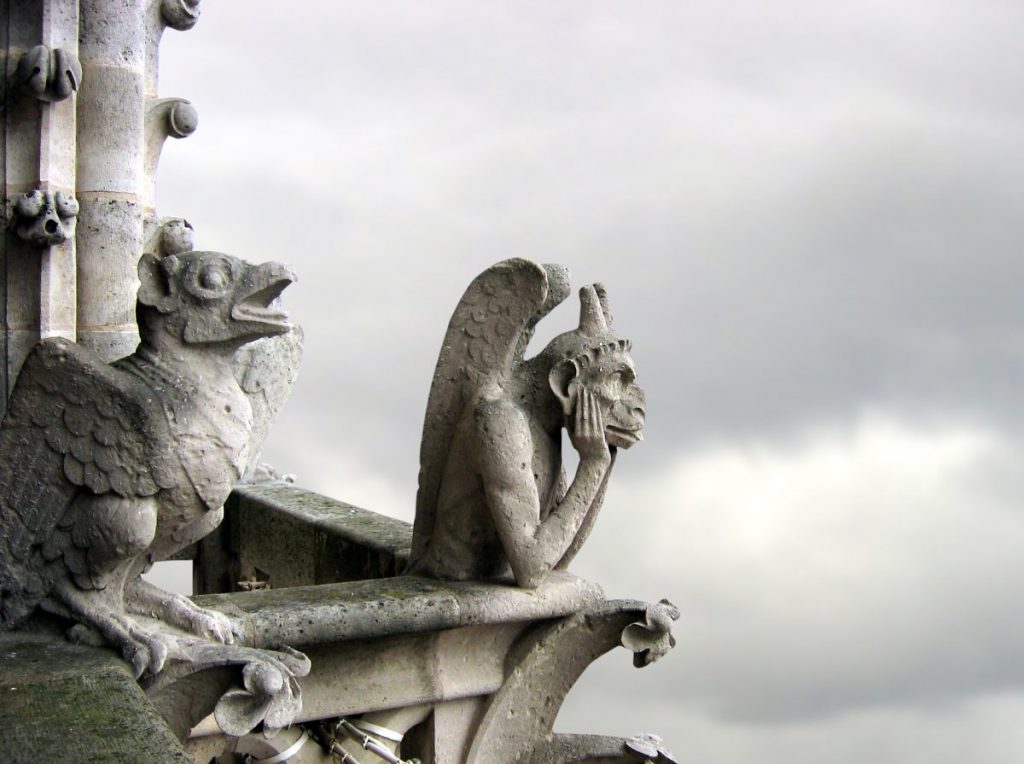 Notre Dame’s original spire was removed in the 18th Century and never replaced. Viollet-le-Duc's replacement initially raised criticism from Parisians. They felt the time for Gothic architecture was over. Despite this, the spire would become as symbolic a part of Notre Dame as its towers and its statues. Surrounding the spire stood statues of the twelve apostles. Before the 2019 fire, the spire was undergoing restoration work. Seeing it fall was the moment the fire made the greatest impact. Strangely enough, the statues of the apostles had been removed for the first time in centuries only days before. 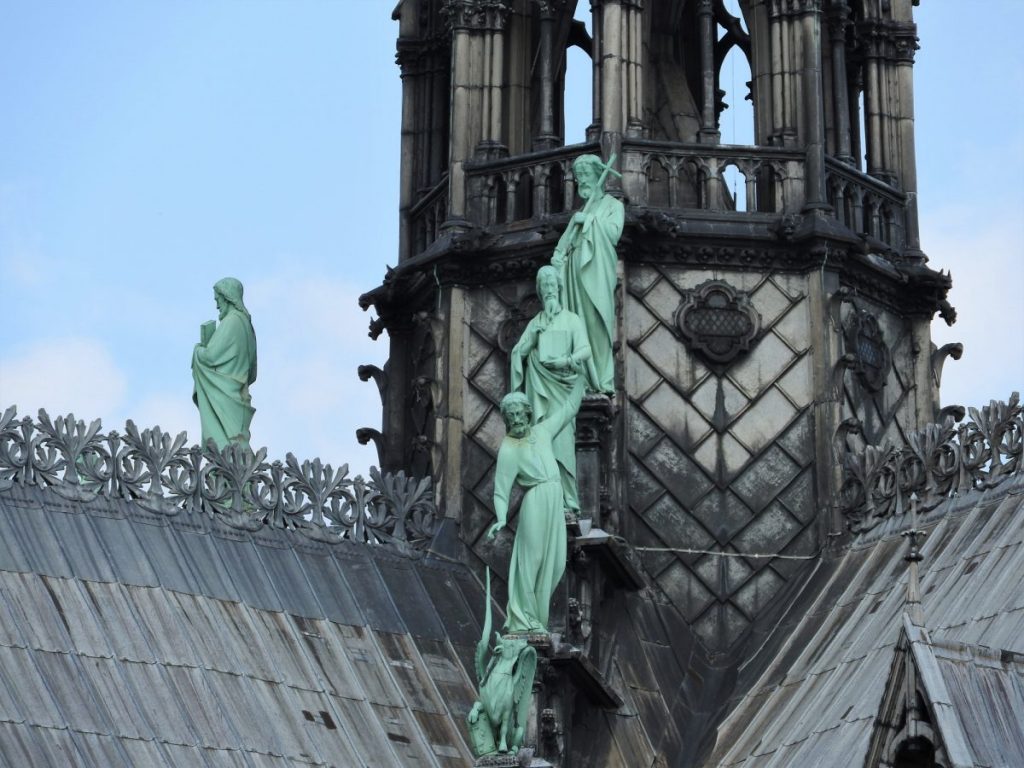 What’s Next for Notre-Dame?

Although the fire of Notre Dame was jarring, it also marks a time of peace and perseverance. For the last few months, Paris has been a victim of social unrest, riots, and disharmony. Similarly, it seems as though the entire world is at odds with itself. But seeing Notre Dame burning brought people together and people from all countries have donated millions to restore the glorious Our Lady of Paris. 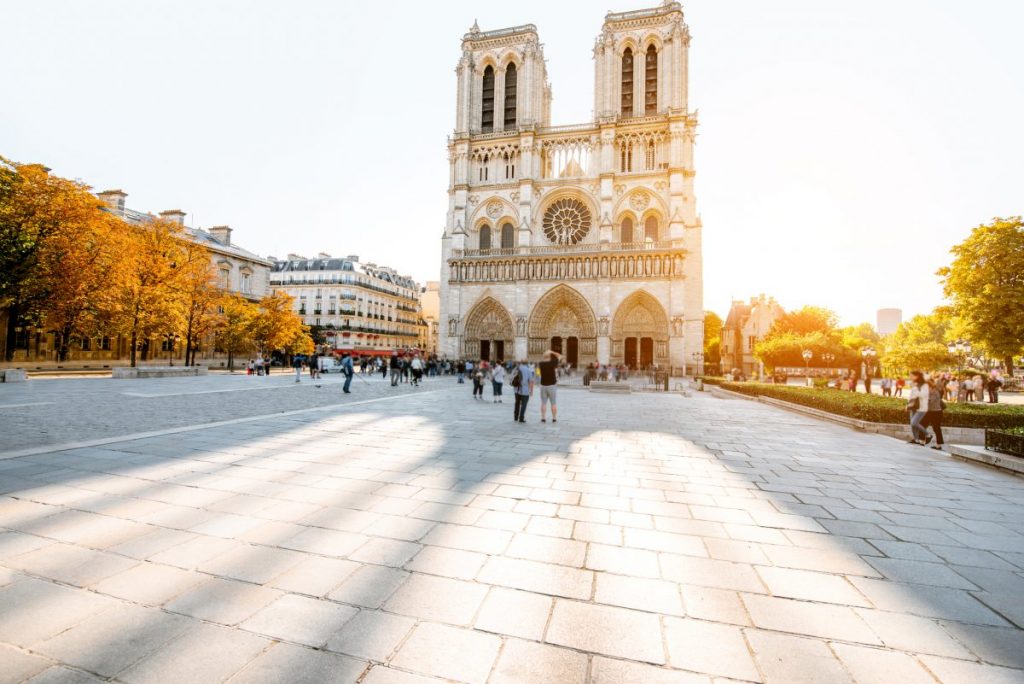