10 Stunning Reasons You Should Visit Moscow

At its core, Moscow is as culturally relevant and exciting to visit as any of the other big cities in Europe. Home to 13.2 million residents and with one of the largest economies in the world, it’s also a city that is often misrepresented. Architecturally, Moscow is unlike any city in the world. From the Imperial State Historical Museum to the Iberian Gate and the towering Monument to the Conquerors of Space, Moscow’s history is built into its very core. There is simply so much to see in Moscow, Russia; all of which are reasons you need to visit.

This might sound like a given, but you haven’t seen a metro system until you’ve witnessed Moscow’s. Although you might find yourself using the system most days, it's very important that you open your eyes. The Moscow Metro makes for a quick, easy, and cost-effective way to get around this stunning city. However, its stations are also so extravagant that it's like having an underground museum filled with treasure. Some of the best examples of Metro architecture include the Baroque-themed ceiling of Komsomolskaya Station, Ploshchad Revolyutsii's impeccable socialist sculptures, and the Cathedralesque Novoslobodskaya. And these are just a few. If you visit the stations between 11 am to 2 pm or after 10 pm, you'll also be able to make the most of your time and take in everything. 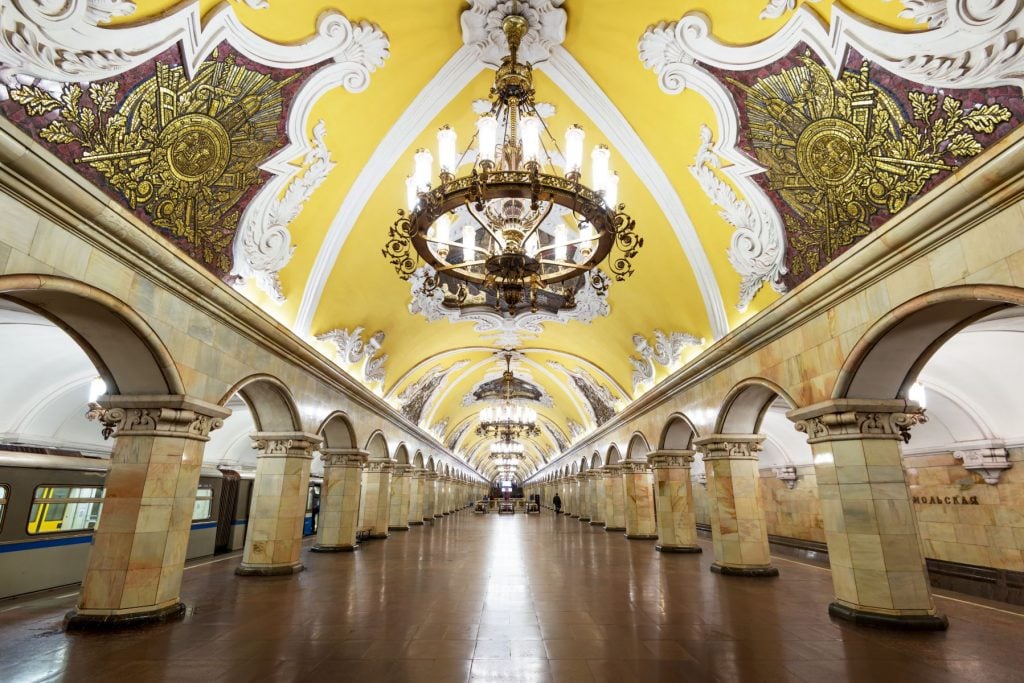 The Moscow Museum of Modern Art is a relatively new build, unveiled in 1999 as Russia's first state museum. Inside, you'll find a collection filled with 20th and 21st-century art from all over the world. Although the museum primarily focuses on Rusian artists, there are also pieces by Pablo Picasso, Henri Rousseau, and Salvador Dalí. Moscow is full of refined museums, art, contemporary, and historical alike, but the MMoMA comes fully recommended. 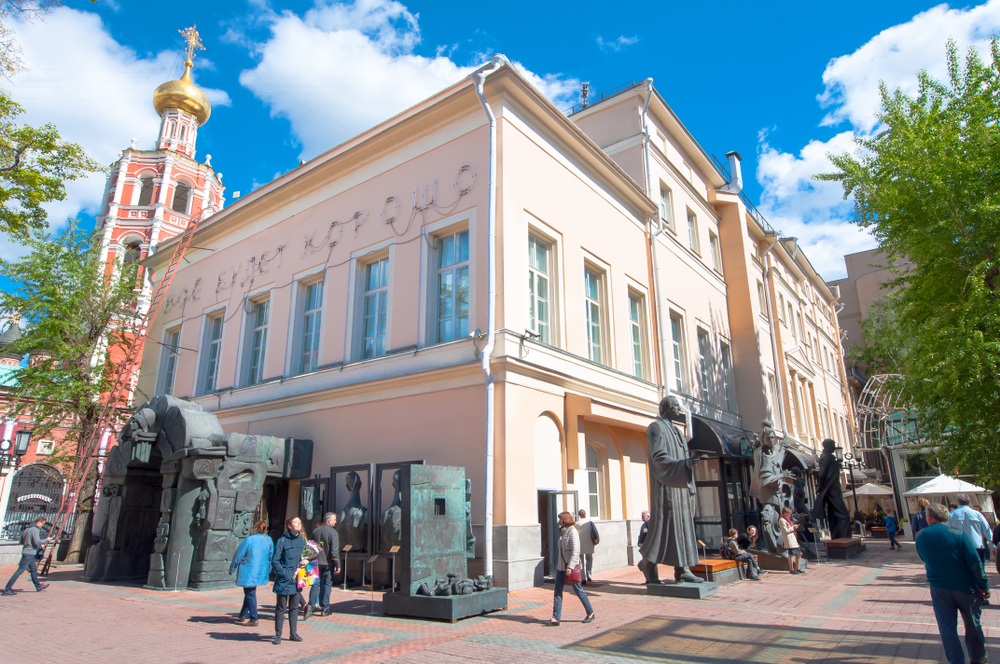 Moscow has several UNESCO world heritage sites to its name, and one of the best known is the Kremlin. One of the most valued examples of architecture in the world, its foundations date back to the 12th Century. The Kremlin also borders both Red Square and the Moscow River. Inside of the Kremlin, you'll find Royal Cathedrals such as the Assumption Cathedral, the Grand Kremlin Palace, the Armoury Museum, and more. The Kremlin is a historical and cultural treasure, and you'll be privy to plenty of photo ops while there. 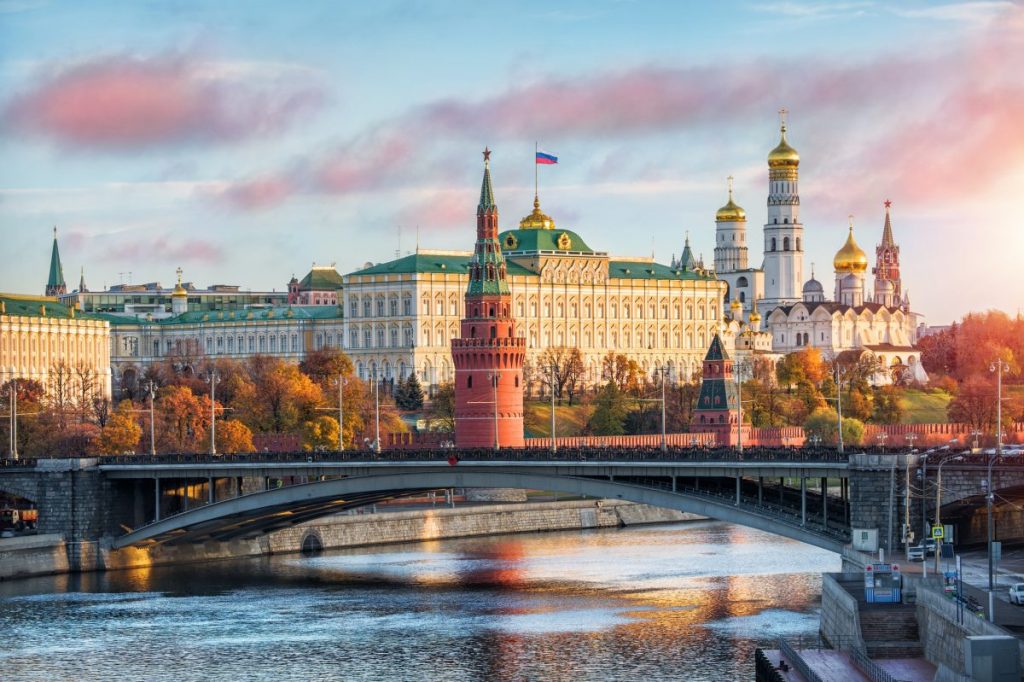 There are must-see streets in cities all around the globe and Moscow is no exception. In London, it's Notting Hill; in Copenhagen, it's Nyhavn, and in Moscow, it's Arbat Street. Old Arbat is one of the oldest and most famous streets in the city and is steeped in history and impeccable architecture. It's also as much of a landmark as anywhere else in Moscow. Although clearly a tourist trap, if you go early enough, you can avoid the crowds. 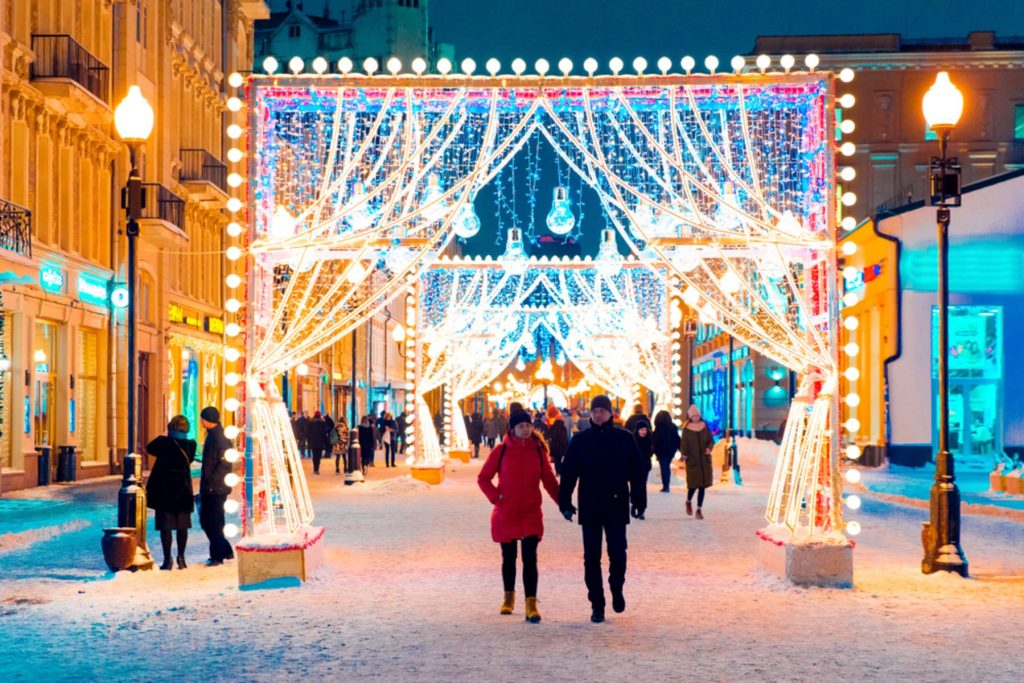 All of those images you've seen over the years of Moscow, a large part of them will have been taken around the Red Square. One of the most recognizable places in Russia, it's also the largest square in the country and a UNESCO-listed site. There's so much for you to do in the streets surrounding the Red Square. This includes The GUM; a mall haven for luxury shopping, and Lenin's tomb. As well as this, the State History Museum, whose iconic exterior contains within it the most comprehensive history of Russia. 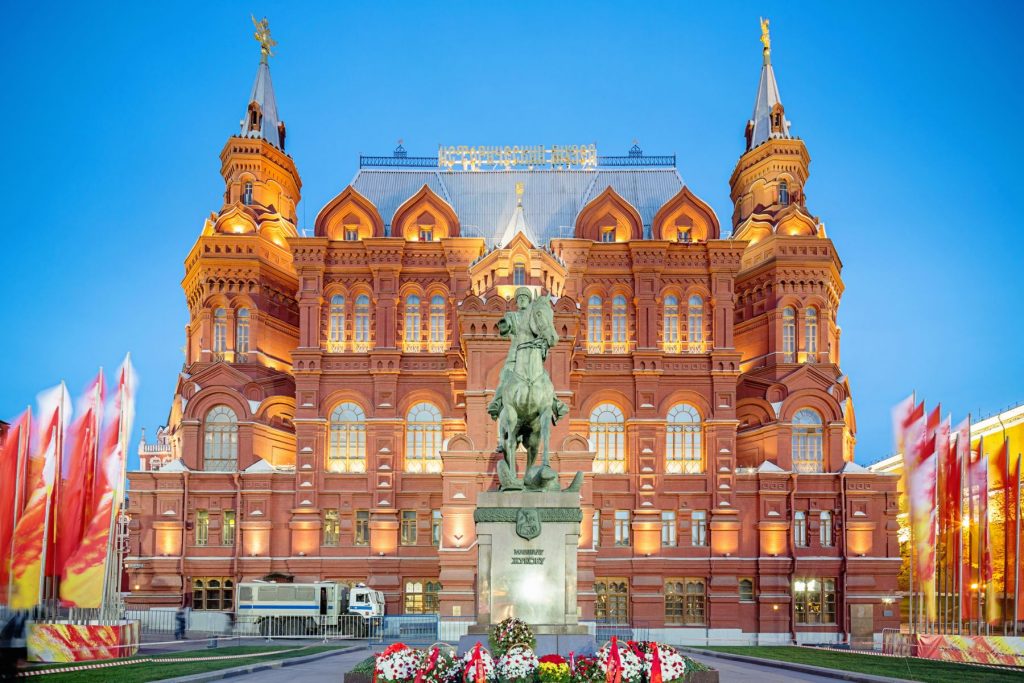 Ballet is an art that, while not confined to Russia, Moscow could have invented. The Bolshoi Ballet Company, for example, is one of the city's most notable cultural traditions. Its home is Moscow's oldest and recently-renovated, the Bolshoi Theatre. Whether you're a fan of ballet or world-class opera, the Bolshoi is a must-see for its stunning interior, if not the performances. That being said, actually seeing a ballet here or at any of the city's 170 theaters, will be an event to remember. After all, Moscow is known as the City of Theaters for a reason. 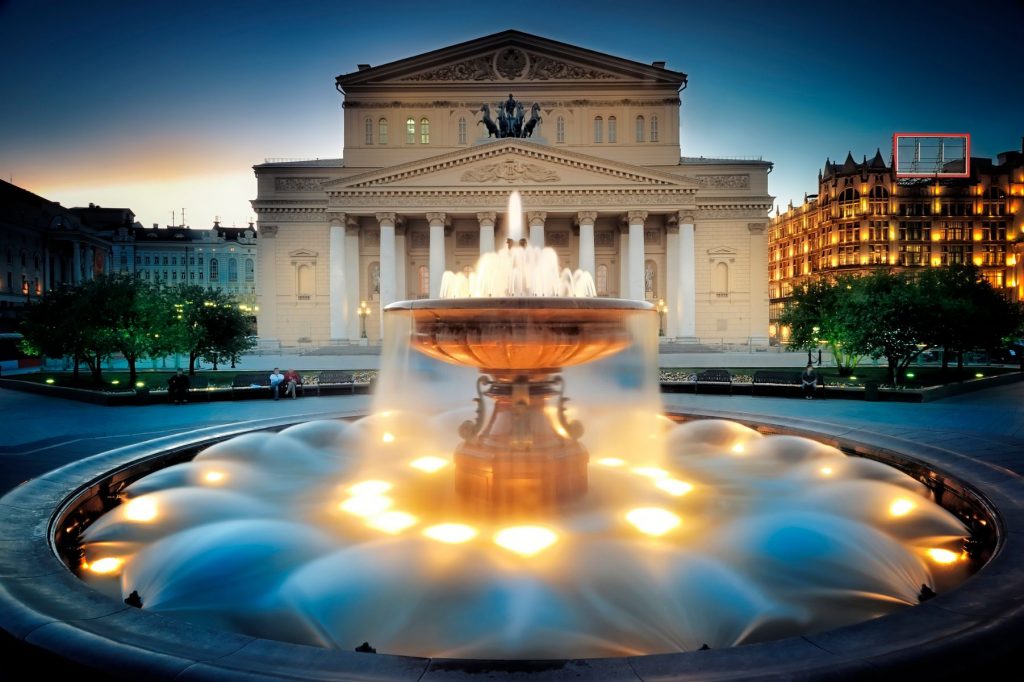 As well as its architecture, Moscow also has a number of green spaces. There are parks everywhere, allowing you to stop or a second to take in the surroundings. Gorky Park is one of those spaces. A first-class park that was established in 1928, Gorky Park is at the very heart of Moscow and has fairs and music festivals year-round. Generations of natives have enjoyed themselves in the park, dancing, playing chess, and simply taking in its beauty. Now, imagine yourself doing the same. 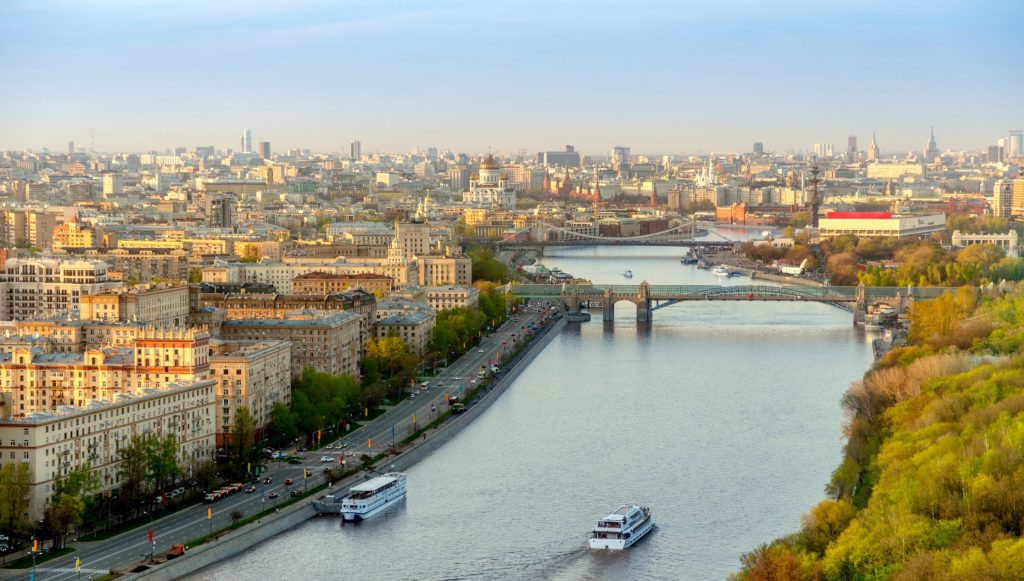 The Memorial Museum of Cosmonautics

Russia was one of the leading players in the space race and, to this day, is renowned for its consistent discoveries. Within Moscow alone there are several science museums, but none of these come close to the Memorial Museum of Cosmonautics. Inside you'll find exhibits dedicated to Yuri Gagarin, the first human ever to travel into space. The exhibit contains Gagarin's spacesuit, the spacecraft cabin that he landed in, and so much more. Further exhibitions include duplicates of Russia's famous satellites and spacecraft that you won't find anywhere else. 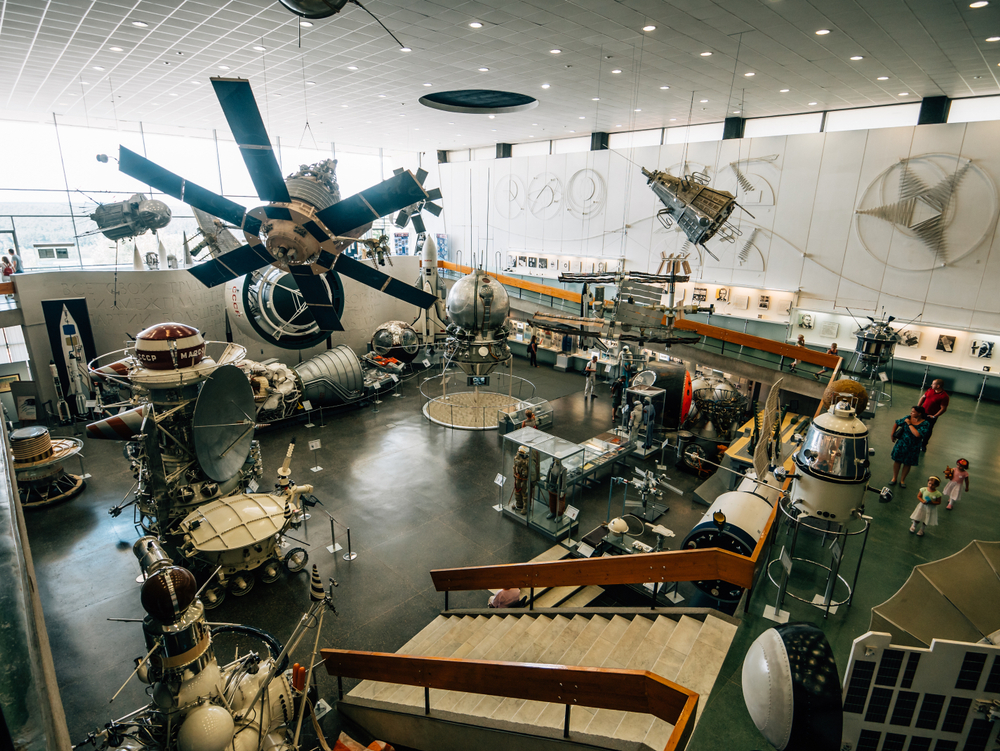 You don't need to be spiritual to visit some of Moscow's more religious sites. New Maiden Convent - or Novodevichy Convent - is one of those sites. Located on the banks of the Moscow River, the Novodevichy Convent was founded in the 16th Century by the then Grand Prince of Moscow. The building was once a fortress but, with time, grew instead to be a place of calm, serenity, and spirituality. At the center of the Convent, you'll also find Smolensky Cathedral; a pinnacle of Russian architecture. 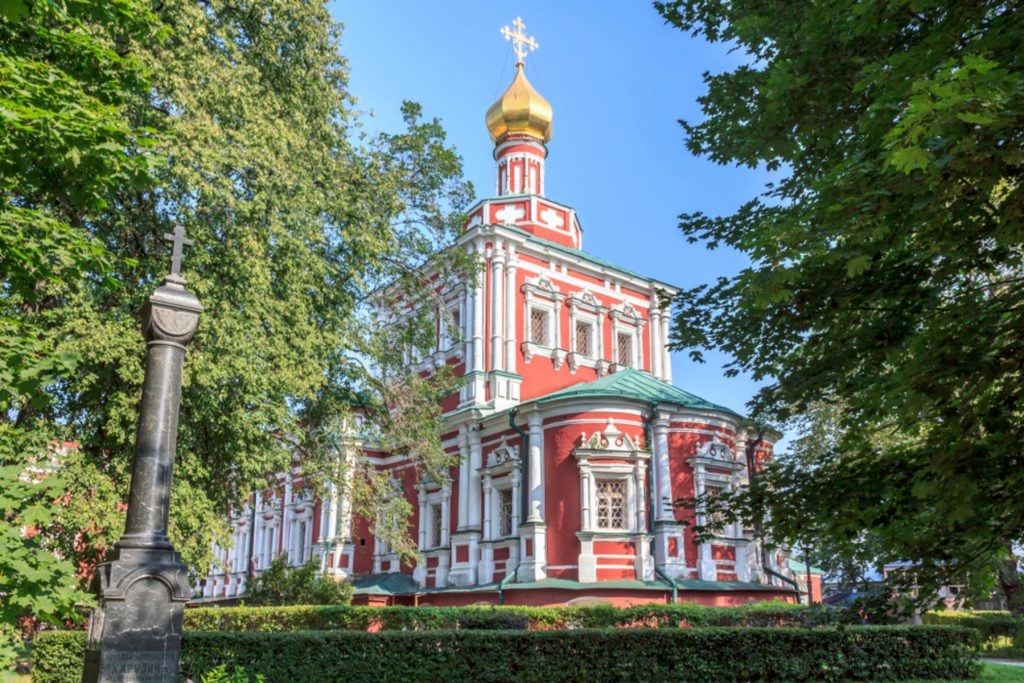 Within Red Square, you'll find St. Basil Cathedral. This is a site revered for its memorable, unusual, and distinctly Russian architecture. This is a site that everyone should see for themselves at least once in their lifetime as photographs do not do this stunning cathedral justice. Inside is a maze of stunning walls and passages, taking its visitors back to the 16th century. 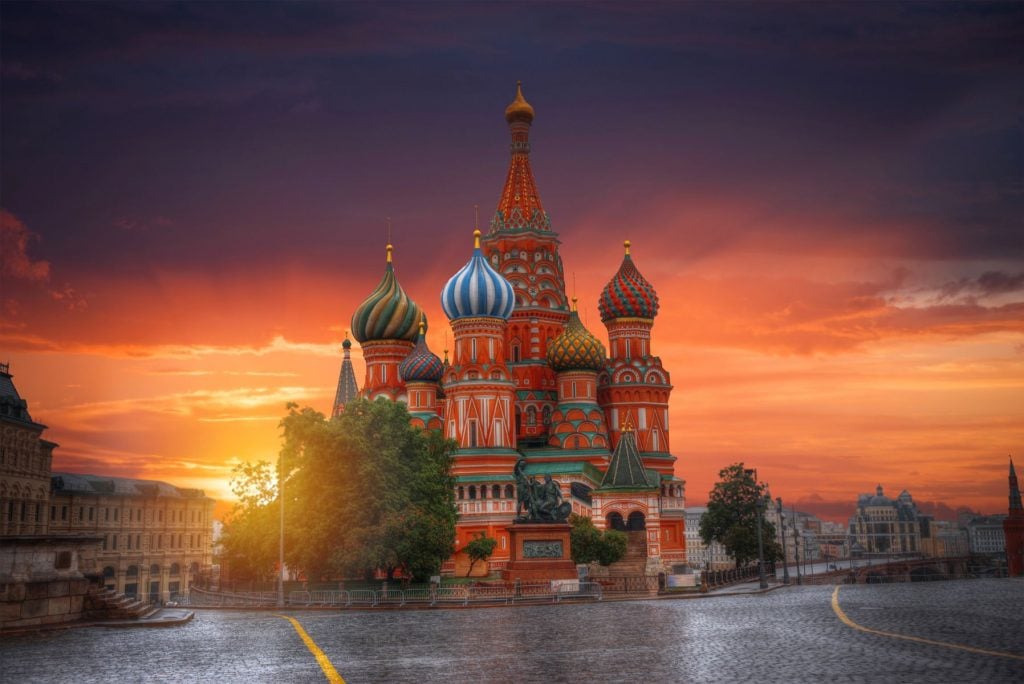