The 8 season fantasy epic Game of Thrones had some excellent scene researchers. The popular series has a suitably dramatic backdrop for all the battle, dragon, and death scenes. So many death scenes! Although the wizards in the computer graphics department added extras like castles and deleted unsightly buildings from locations, they are instantly recognizable, and many make fantastic holiday destinations too. Beware of spoilers if you need to catch up with Game of Thrones!

The home to House Tyrell, castle Highgarden is the real-life Castillo de Almodovar del Rio in Spain. Although Highgarden was not on screen often – only appearing briefly in season 7 – the real castle is open to visitors allowing you to take your time exploring. Castillo de Almodovar sits on top of a hill giving gorgeous views across the Spanish countryside. 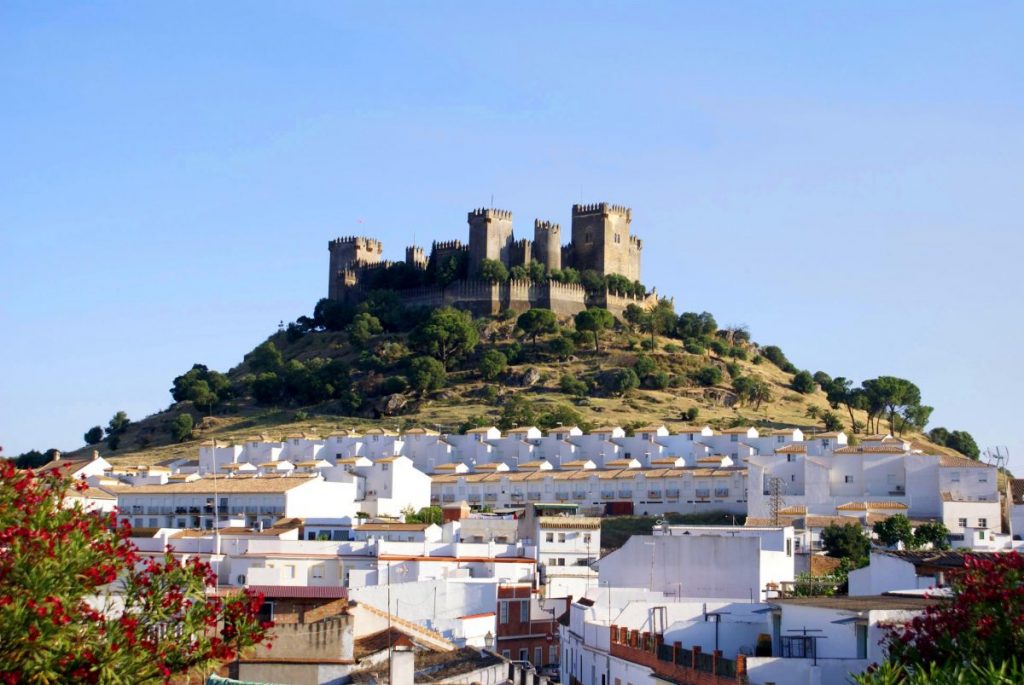 House Of The Undying

In season 2, Daenerys upset the mystical order in the city of Qarth. The Undying took her three baby dragons and hid them in the House of the Undying. In Game Of Thrones, the House of the Undying was enchanted by magic, making the entrance invisible. In real life, the building is the Minceta Tower in the city of Dubrovnik in Croatia and welcomes visitors with a clearly signposted entrance. 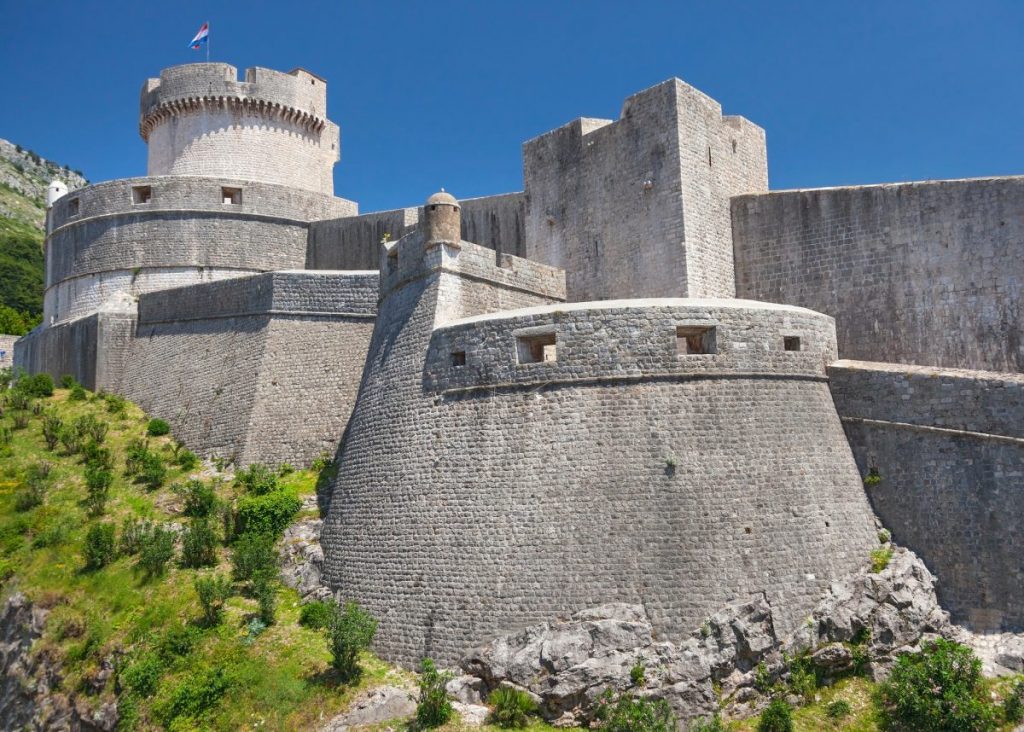 Home to Theon and the rest of the Greyjoy family, the Iron Islands are a cold and gray place. Too bleak for a holiday, perhaps? Well, in reality, the location in filmed in Ballintoy in Northen Ireland. This County Antrim location is far brighter and much friendlier than the Iron Islands. The most recognizable location for Game of Thrones fans will be the Ballintoy Harbour, but all Iron Island scenes were filmed in the surrounding area. 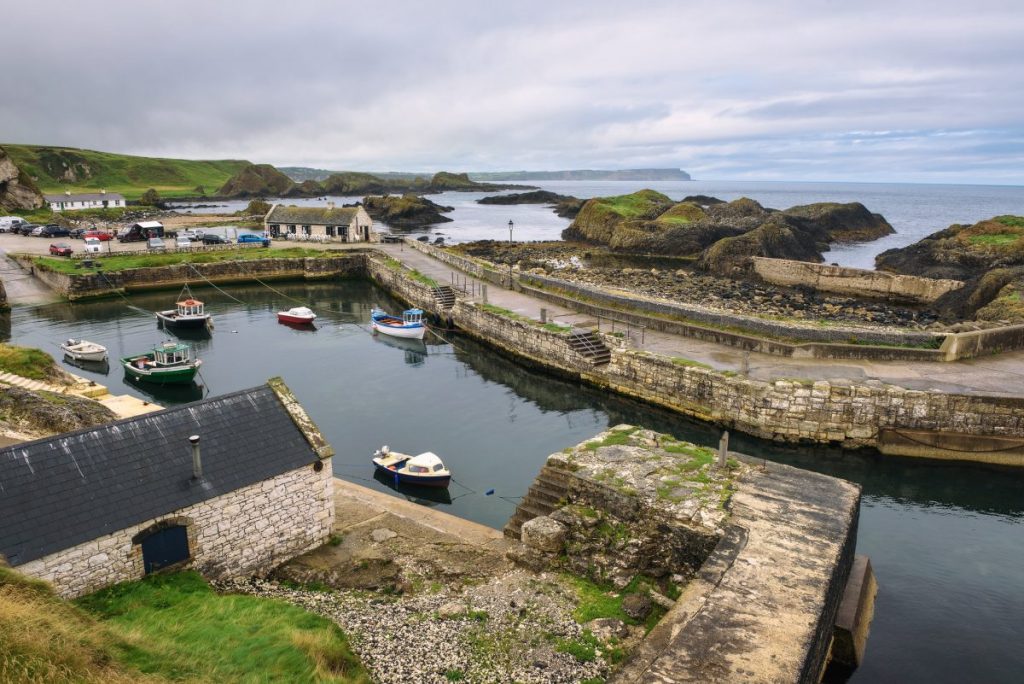 The Gothic revival architecture of Castle Ward in Belfast, Northern Ireland, is the inspiration for House Stark's home. Although the real castle has been heavily edited by CGI to create Winterfell, it is still recognizable by Game of Thrones fans. Castle Ward has fully embraced the Thrones franchise by offering visitors the chance to dress up as characters from the show and see a replica of the Stark's archery practice range. 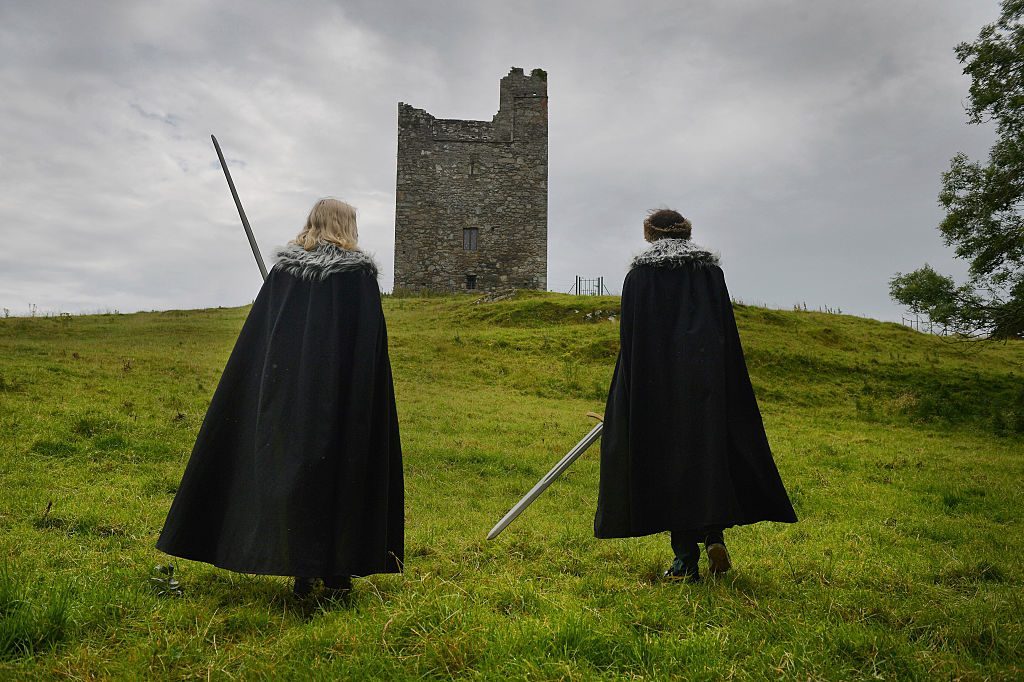 Dubrovnik in Croatia was the film location for many scenes from King's Landing. The city center of Dubrovnik is a stunning example of medieval architecture and is protected by UNESCO, and is well worth a visit even if you are not a huge Game Of Thrones fan. For those looking for specific locations you can see: 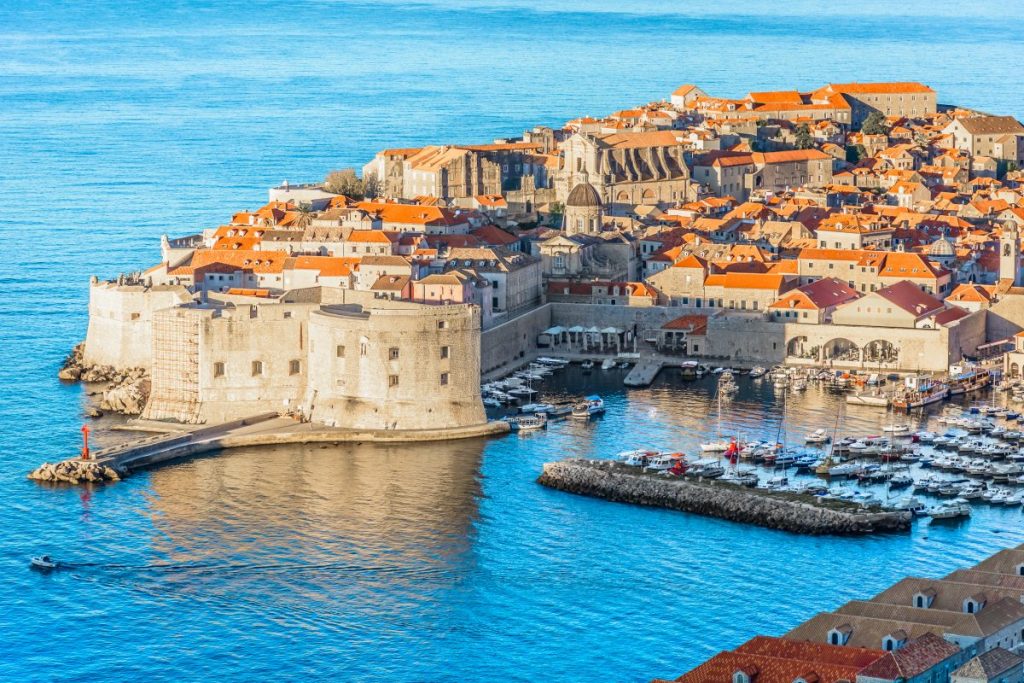 North Of The Wall

Scenes filmed beyond The Wall separating the civilized world from the barbarians were set in Iceland. Besides adding the White Walkers, there were little extra effects the Game Of Thrones producers needed to add. Iceland is a rugged, mountainous place with large areas untouched by human influence. Visit the Vatnajokull glacier to get a feel for the setting. However, the area is very remote, and in winter, it is dangerous too. This is not a walk in the park and should only be visited in with a guide or by experienced outdoor enthusiasts. Arrowhead Mountain from season 7 is instantly recognizable by Icelanders. The mountain is actually Kirkjufell in east Iceland, and a popular location to see the Northen Lights. 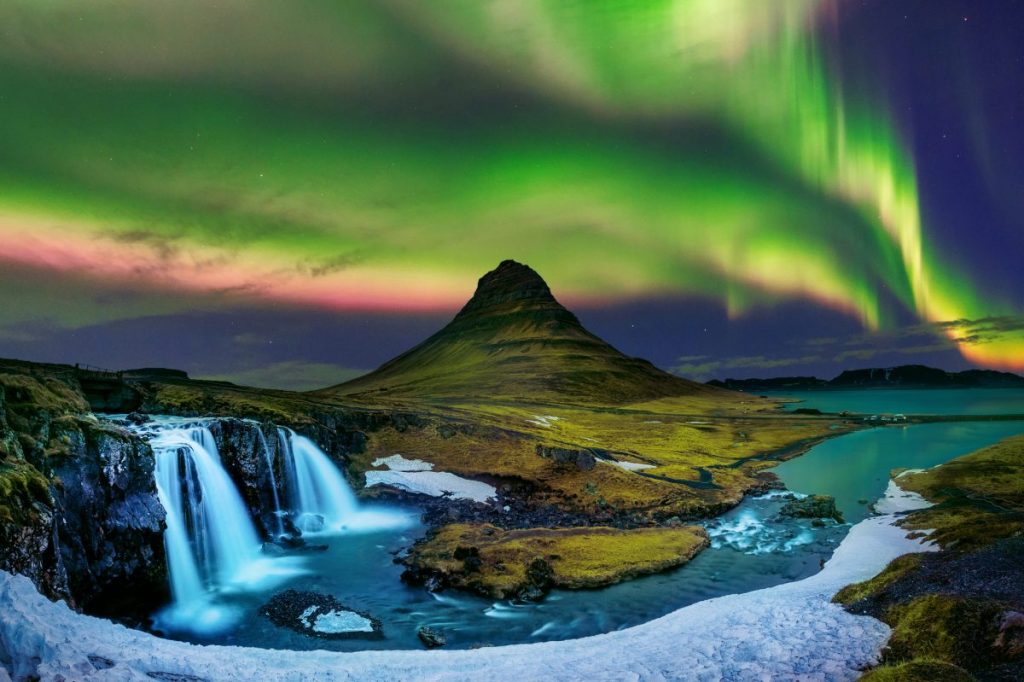 The exotic Water Place of House Martell appeared in a couple of Game Of Thrones. In reality, the Dorne setting is one of several Spanish locations used by the series. The Water Palace is Alcazar of Seville in Andalusia. Alcazar of Seville really is a royal palace and a huge tourist attraction in its own right, and it's easy to see why. With the verdant tropical plants and fountains, the palace is an oasis in the middle of a city. 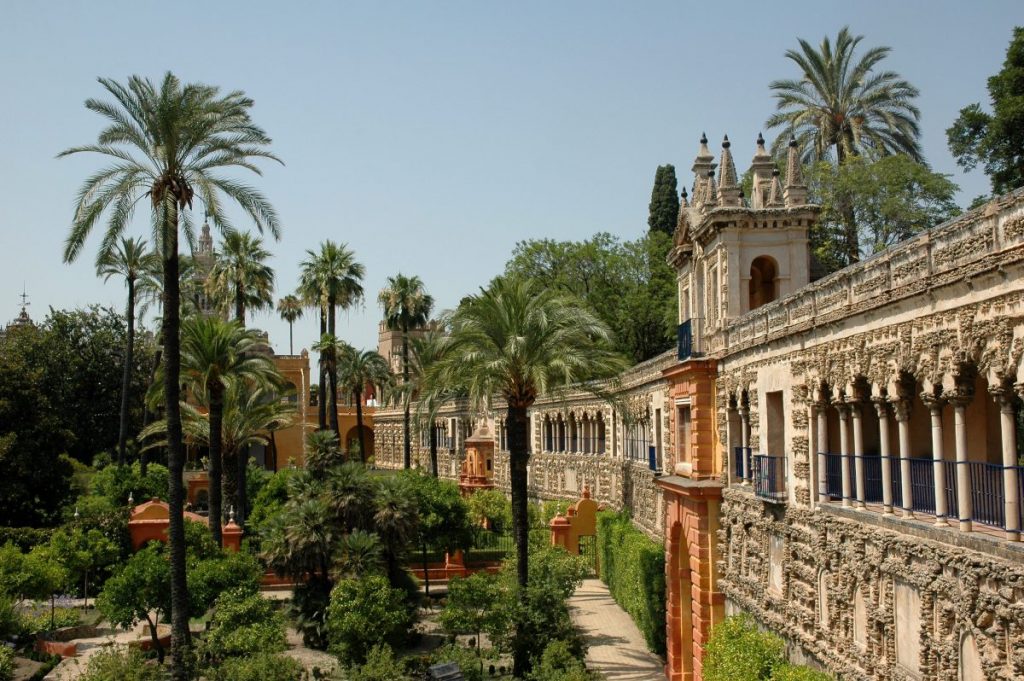 The Great Sept Of Baelor

Part of the magic of the film and TV world is the mixture of real-world locations into seemingly one place. This is the case with the Sept of Baelor in King's Landing. Although the steps at the base were filmed elsewhere, the main Sept is based on Fort Manoel in Malta. Fort Manoel is on a small island of the same name. The fort was built in the 18th-century during the Napoleonic wars and is open to visitors. 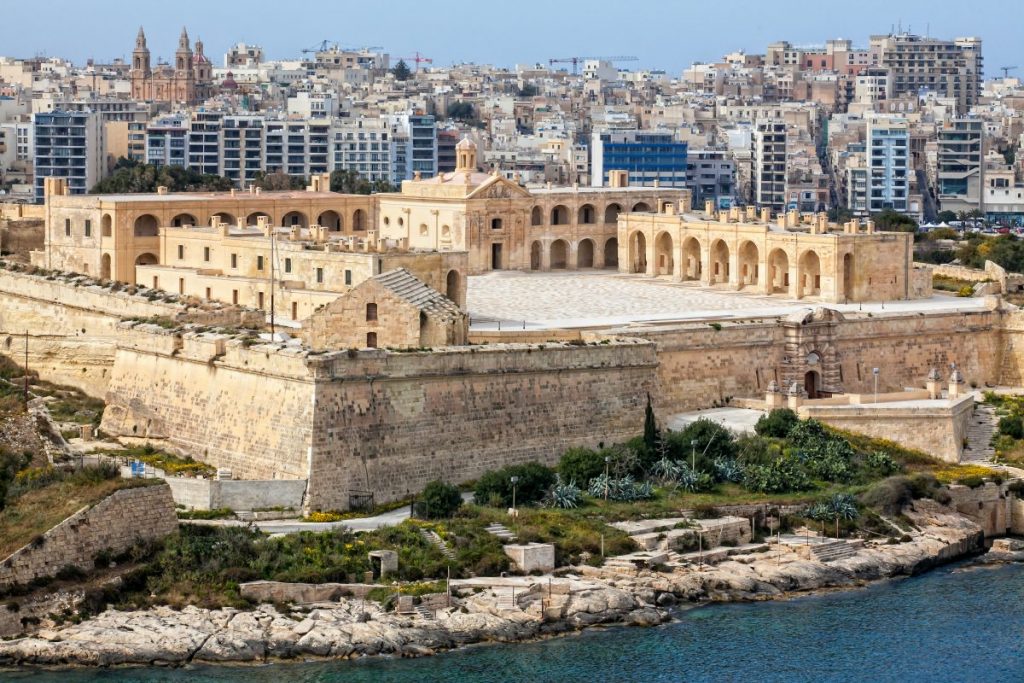 Daenerys conquered a few slave cities, but one of the most recognizable is Yunkai. The city of Yunkai is actually Ait Ben Haddou in Morocco. Today the city is almost abandoned, and the traditionally made mud and stone buildings have also appeared in Lawrence of Arabia and Star Wars. Ait Ben Haddou is in a remote area of Morocco on an ancient trade route. It is a protected UNESCO world heritage site and is best visited with a guide. 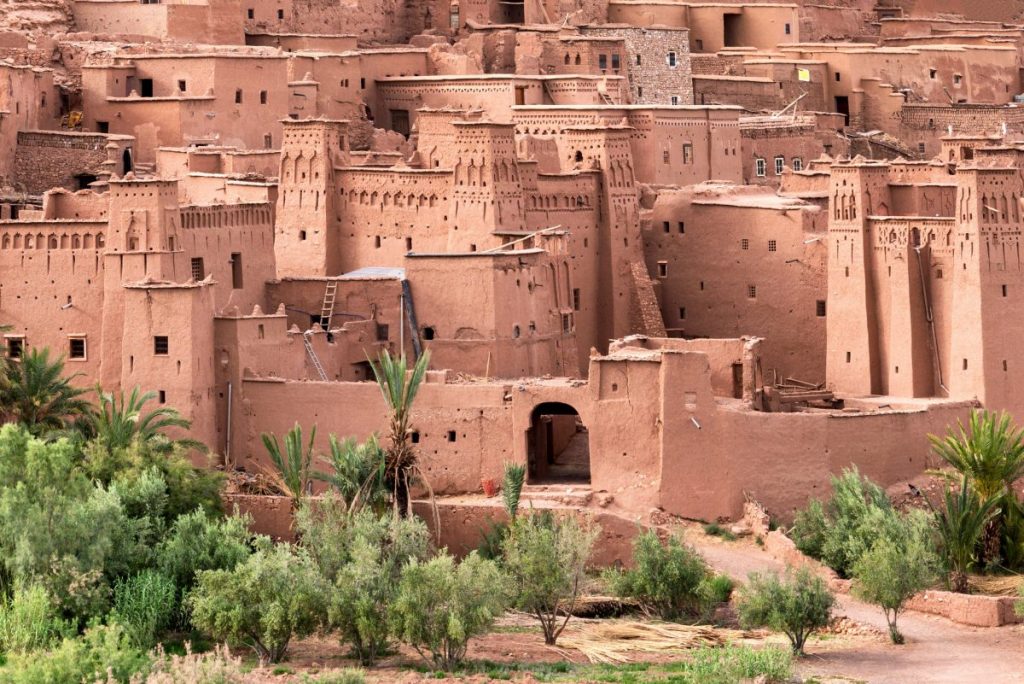 Part of the ancestral homelands for Daenerys, Dragonstone is the landing point for the Dragon Queen's return to Westeros. The real-life setting is the beautiful Itzurun Beach in the Basque region of Spain. Don't go looking for castles or dragon glass, but the beach itself is still well worth a visit. Itzurus Beach is approximately 30 miles (48 km) away from the cultural city of Bilbao. 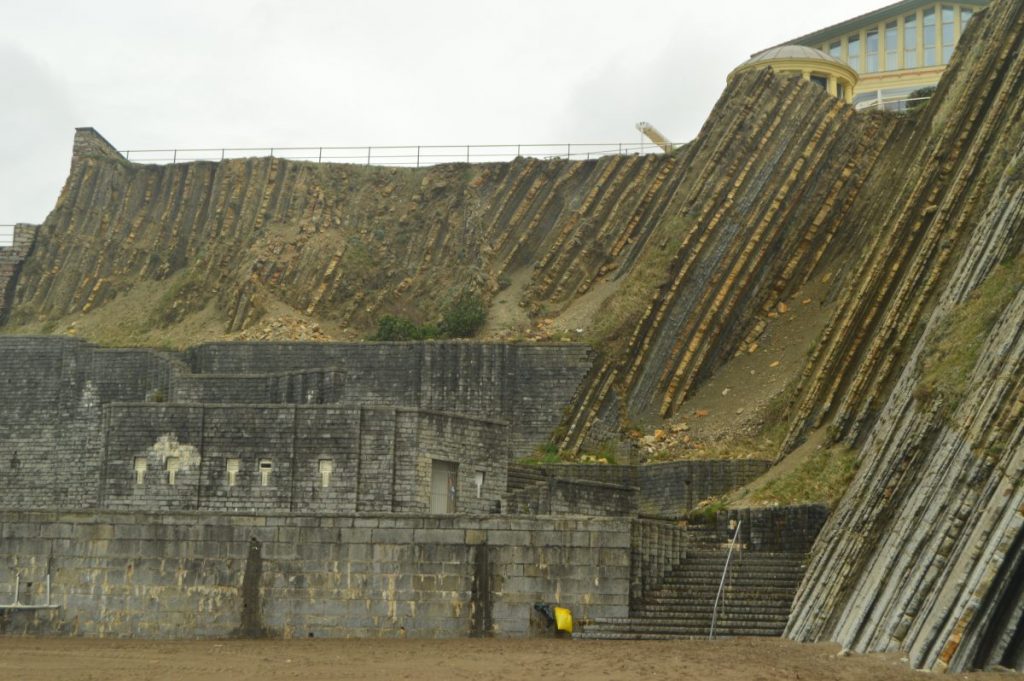