Star Wars Locations Around the World You Can Visit

George Lucas built the extraordinary empire that is Star Wars, and since 1977, it’s been capturing audiences of all ages. It’s also been blowing our minds to the point that it’s hard even to imagine that it isn’t shot in space. But there is no Alderaan, there is no Mos Eisley, and there’s, unfortunately, no Endor. There are, however, the places on earth where these iconic locations were filmed, and they’re right there for us to see with our own eyes. Yep. There are Star Wars locations around the world, no need for a Millennium Falcon.

Tunisia is one of the best known of all the Star Wars locations, and most fans will know that. But did you know that some of the props that in the movies are still there? On the large salt lake of Chott el Jerid in Southern Tunisia is the location that was used for Tatooine, the place where Luke Skywalker first seeks out Obi-Wan Kenobi in A New Hope. Chott el Djerid is a definite must-see for all Star Wars fanatics, and it's really easy to get to. All you need to do is hire a car and drive. 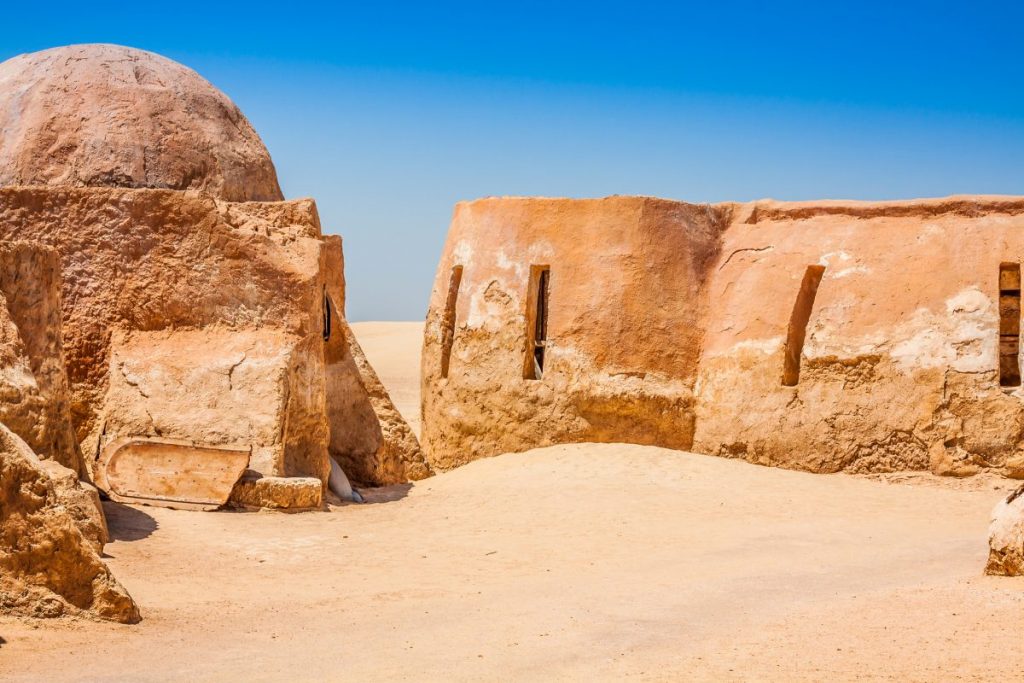 The Empire Strikes Back opens at the rebel base on the planet Hoth. Hoth is probably one of the most recognizable Star Wars locations in the entire series'. The ice planet is where we first see the creepy, two-legged AT-STs and the towering, slow-moving AT-ATs. It's where Luke Skywalker gets captured by the abominable snowman-like Wampa and where Han Solo saves his life by slicing open a tauntaun. Hoth is also based on the very real life Norweigan glacier, Hardangerjokulen. 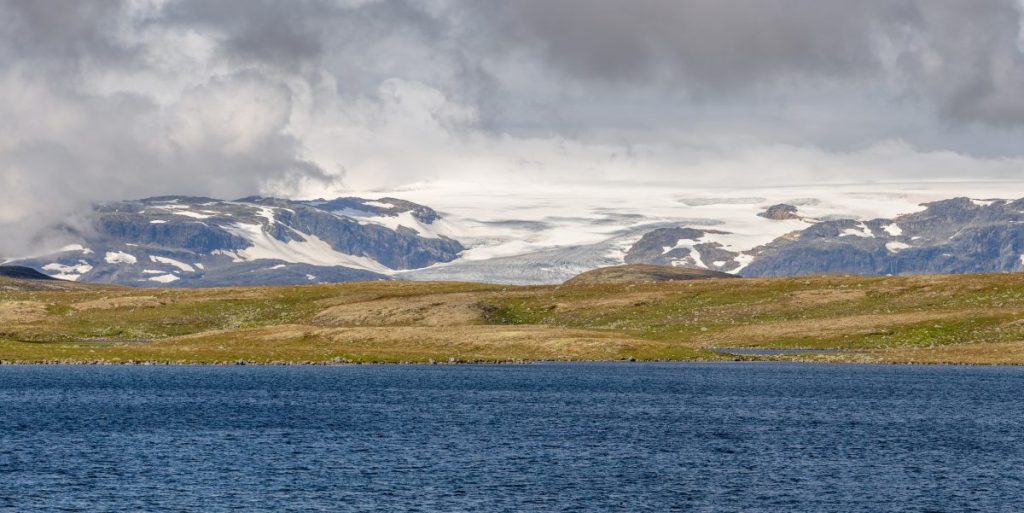 Rub' al Khali is known to locals as the 'Empty Quarter.' It's an expansive span of the Arabian desert, covering more than 250,000 square miles. It was here that, in The Force Awakens, Finn crash lands and runs into Rey and BB-8. In real life, Rub' al Khali is the biggest sand desert in the world, most of which remains largely unbroken. The desert encompasses parts of Saudi Arabia, Oman, the UAE, and Yemen. While you can absolutely visit this often desolate place, you should prepare in advance and take a lot of water. 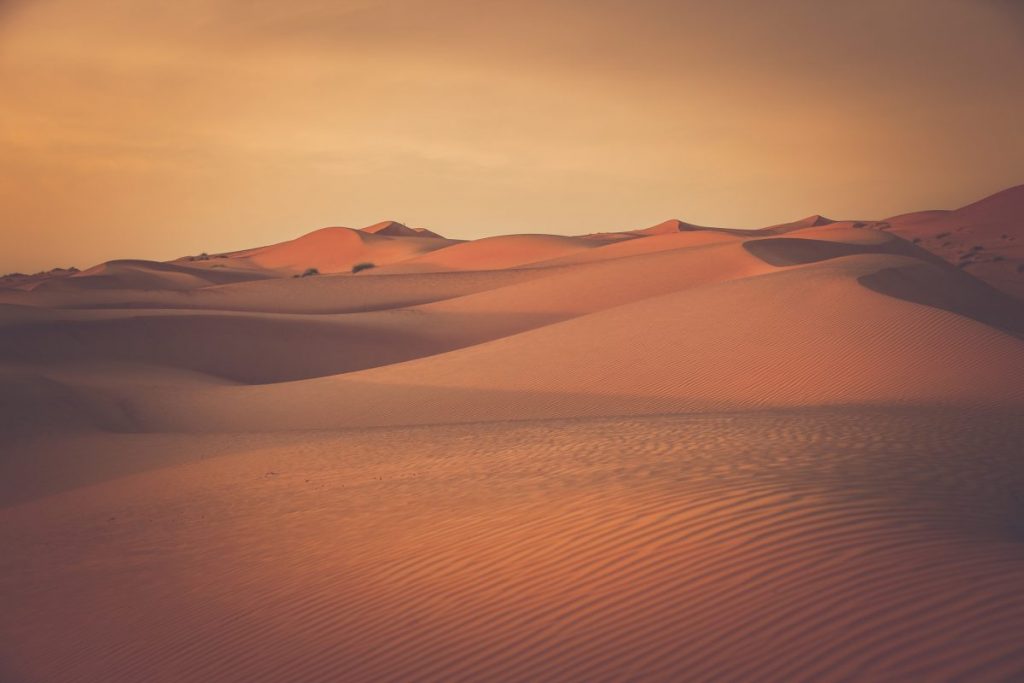 The Return of the Jedi might not be everyone's favorite Star Wars movie, but even those who dislike it would admit that it has some epic visuals. Almost all of the film takes place on the planet of Endor; a vast and luscious forest occupied by overgrown teddy bears known as Ewoks. In one particular scene, Princess Leia and Luke Skywalker are being chased by Scout Troopers through dense trees. Thankfully, it's only the Imperials that crash. That is, at least, until it's Leia. These epic scenes were filmed, in part, in the Redwood National Park in California. While you can visit, you probably can't get a speeder. 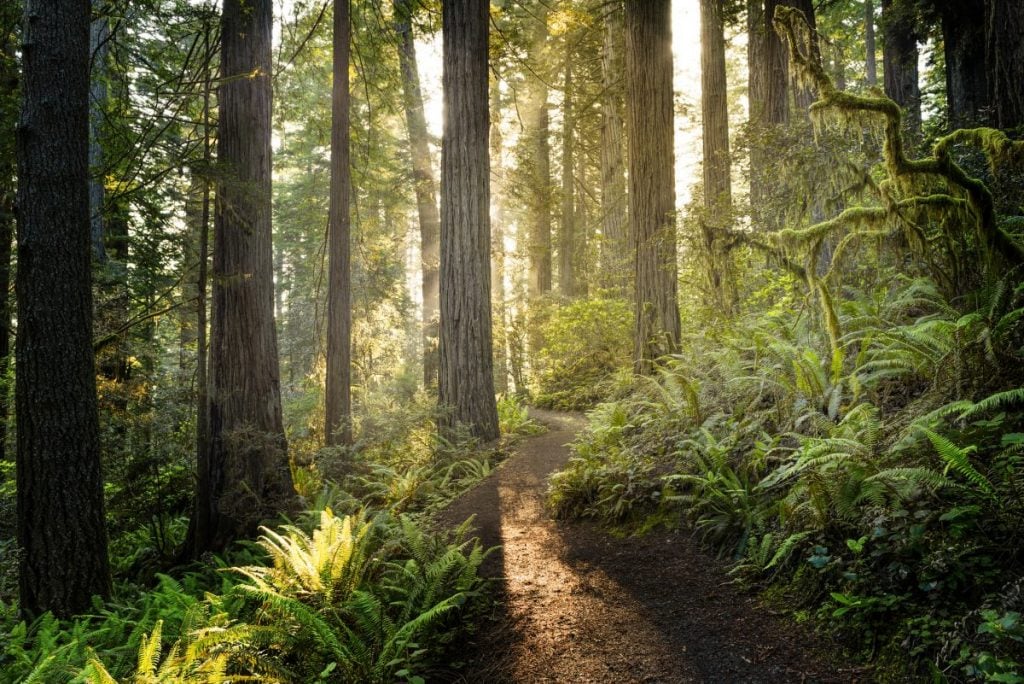 Any bad comments Return of the Jedi gets are usually aimed toward the Ewoks. The beginning of the movie opens quite epically. At the end of The Empire Strikes Back we're left with Han Solo frozen in carbonite, and our heroes have no idea what's going to happen next. Return of the Jedi has Princess Leia enslaved by Jabba the Hutt, the overgrown slug that probably shouldn't be next to Carrie Fisher. Han and Luke are taken to dunes that hide an insipid creature, and those dunes were filmed partly in Arizona's Yuma Desert. 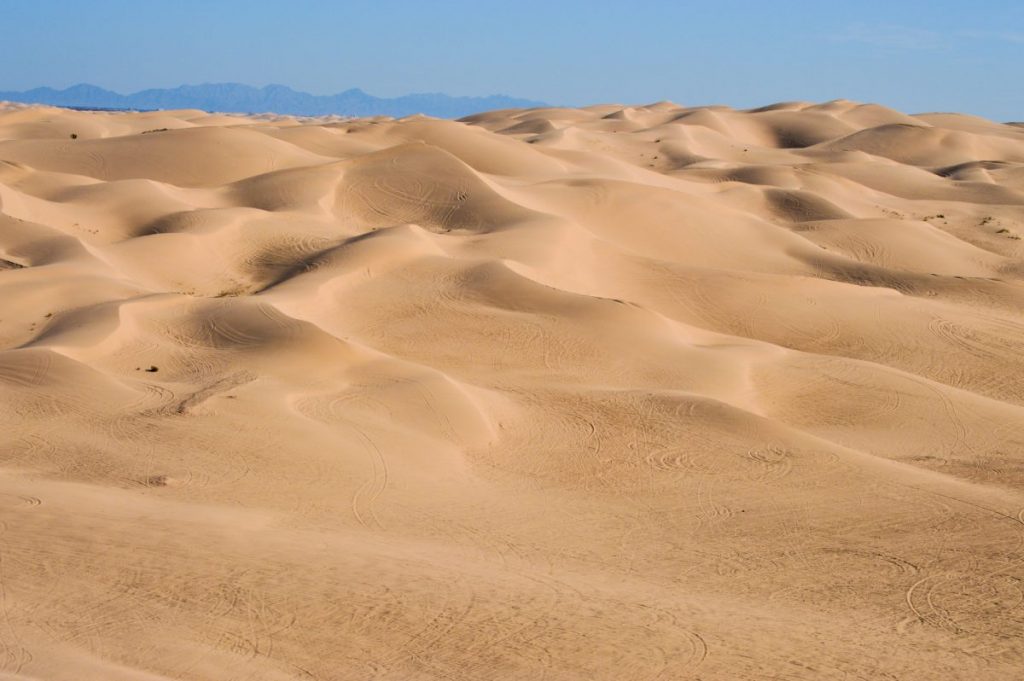 The Force Awakens injected a much-needed shot of adrenaline back into the Star Wars series. Old characters were brought back and, at times, it seemed as though the entire movie was a beautiful tribute to the original, A New Hope. At the end of The Force Awakens, Rey and Chewbacca go on a mission to find the legendary Luke Skywalker. They do at the top of a remote, isolated island, not unlike a Celtic Macchu Pichu. That's Skellig Michael in Ireland. As are most of the Rey and Luke scenes in The Last Jedi. 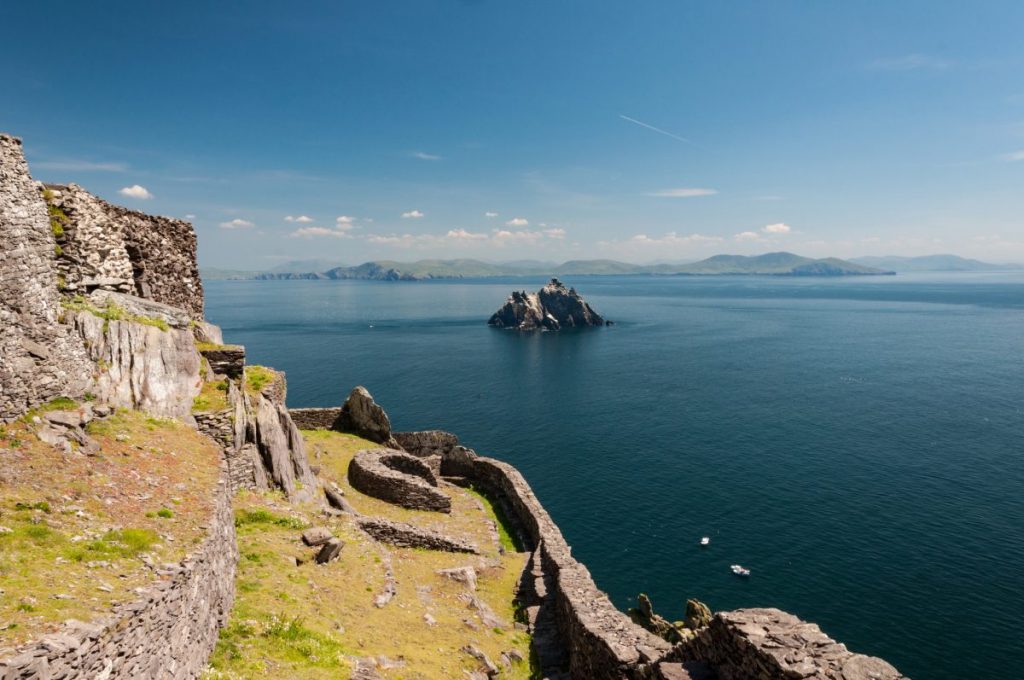 The Last Jedi also introduced us to the cliffside, casino city of Canto Bight. All bright lights, gamblers, and strange characters, Rose and Finn visit in search of a codebreaker. Location scouts for The Last Jedi decided on Dubrovnik for this sleazy kind of Monaco. Not to mention, if it looks familiar, that’s probably because it’s also been used as King’s Landing on Game of Thrones. 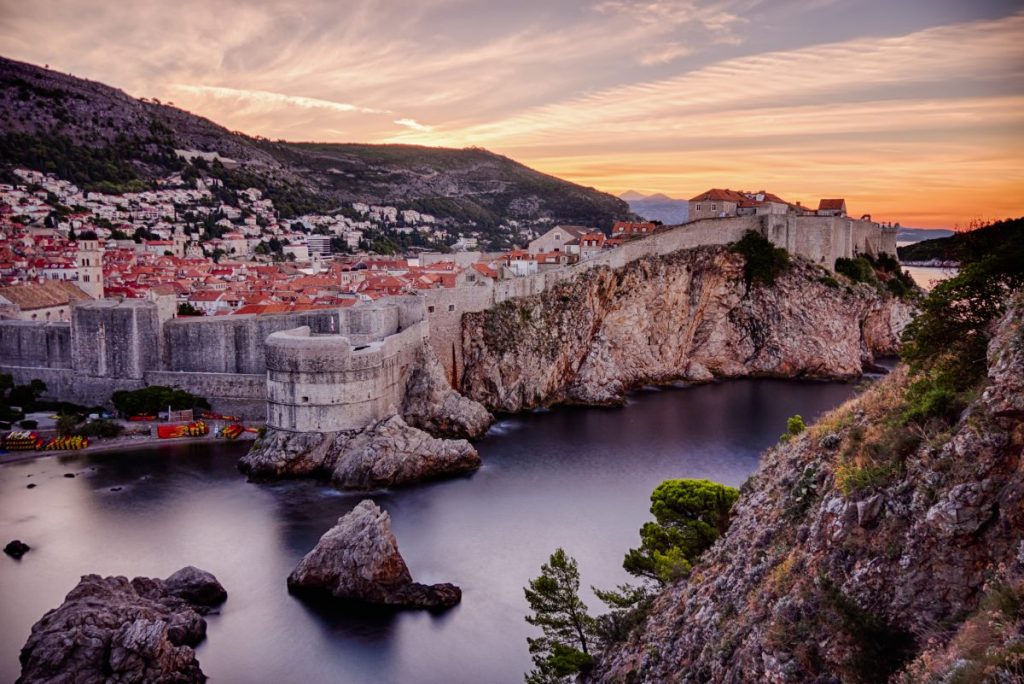 The haunting rocksalt formations and black sand of Reynisfjara beach are things to behold. They were also the location of the beach featured in the final act of Rogue One: A Star Wars Story. Although there are plenty of black sand beaches around the world, Iceland arguably has the most beautiful. Once voted one of the top 10 most beautiful places in the world, one look at it can tell you why. 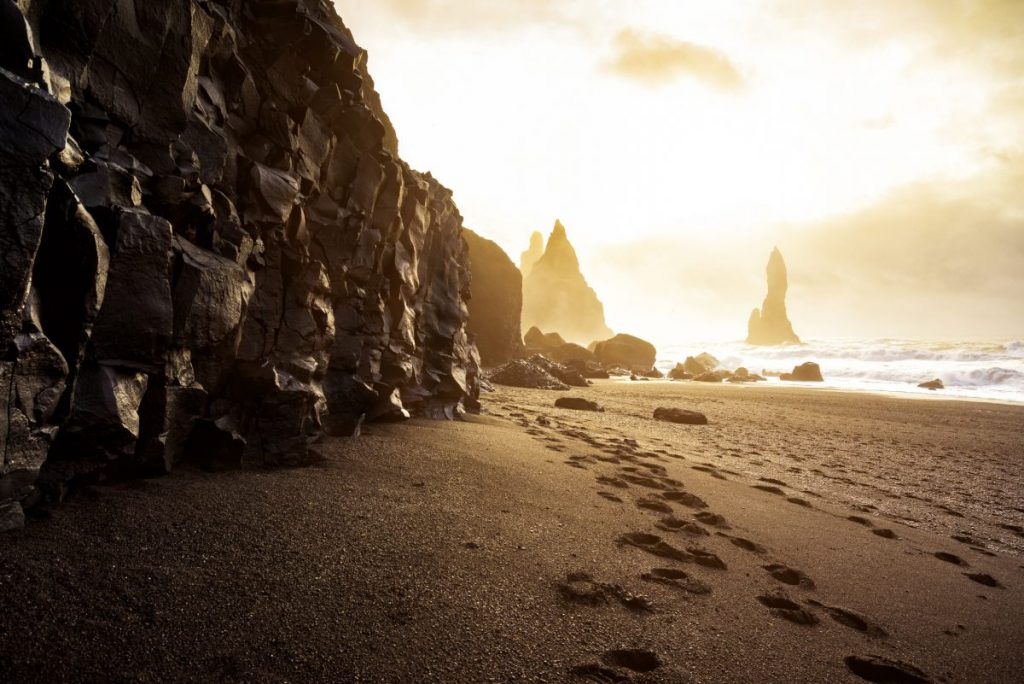 Say what you might about the Star Wars prequels, there were some scenes that committed themselves to memory. One of those occurs in Revenge of the Sith when Anakin Skywalker finally loses his battle to the Dark Side and fights his mentor, Obi-Wan Kenobi. The volcanic surroundings were inspired by Mount Etna which erupted as they were shooting the movie. Although the movie wasn't filmed there, thanks to digital magic and plate-mapping technology, it felt like it was. Mount Etna is an active volcano, but visitors can still scale it as part of a tour. 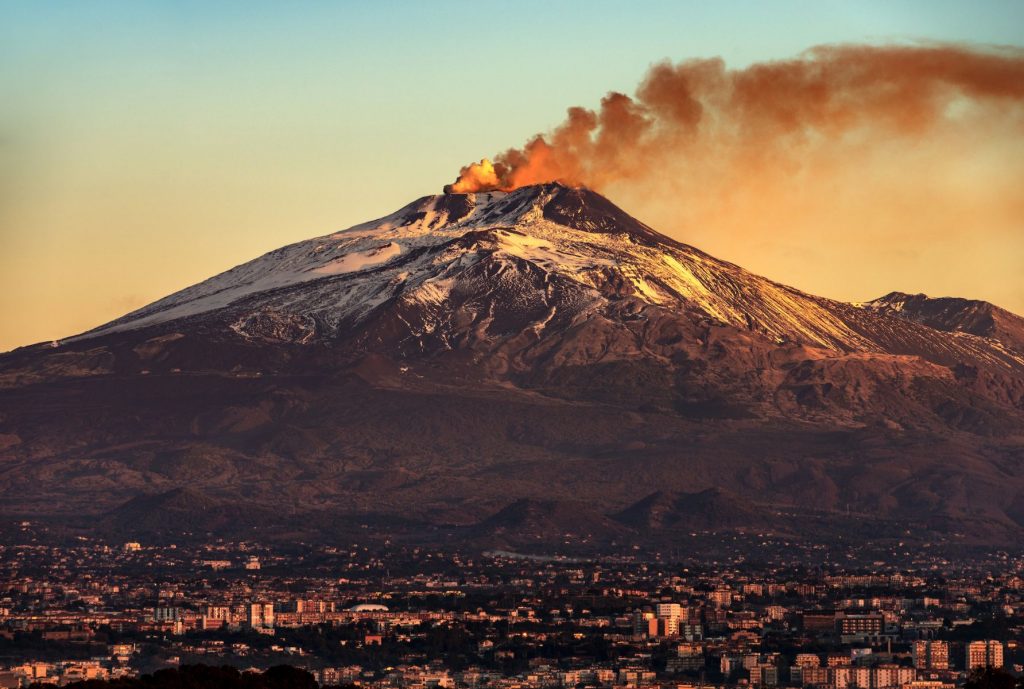 Utah's Bonneville Salt Flats is a strange place. One of several salt flat filming locations over the span of the Star Wars movie universe, it's also the most active. As well as the majestic scenery you can see throughout The Last Jedi, if you visit the flats at the right time of year, you'll catch the racing of all kinds of vehicles. It sounds a little like pod racing, don't you think? 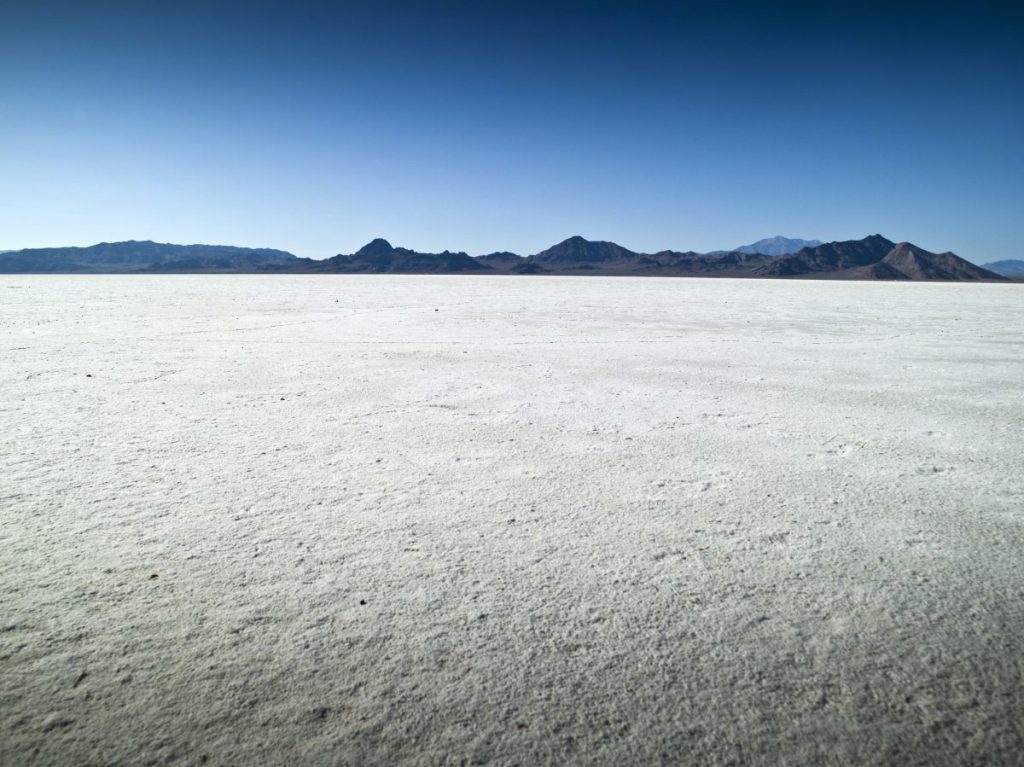