Best Water Parks in the U.S.

In 2017, there were no less than ten water parks in the United States that drew more than one million thrill-seekers. While many of these are located in warm weather year-round states, fantastic seasonal water parks are peppering the United States' landscape. With the revenue these parks have brought in through ticket sales and captive audience concession sales, it's no wonder that the number of these parks have expanded. They have also taken it on themselves to outdo their competitors with the fastest, tallest, scariest, biggest attractions through reinvestment.

Noah's Ark has the distinction of being the United States' largest waterpark with nearly 50 waterslides, multiple wave pools and myriad other attractions for the whole family. The park is a stalwart in the industry and remains nothing short of a pioneer after nearly 40 years. It continues to build and build each year. Considering that it is only open from roughly Memorial Day to Labor Day it's impressive that the owners continue to strive towards excellence, and retain its title of the biggest and best in the United States year-after-year. 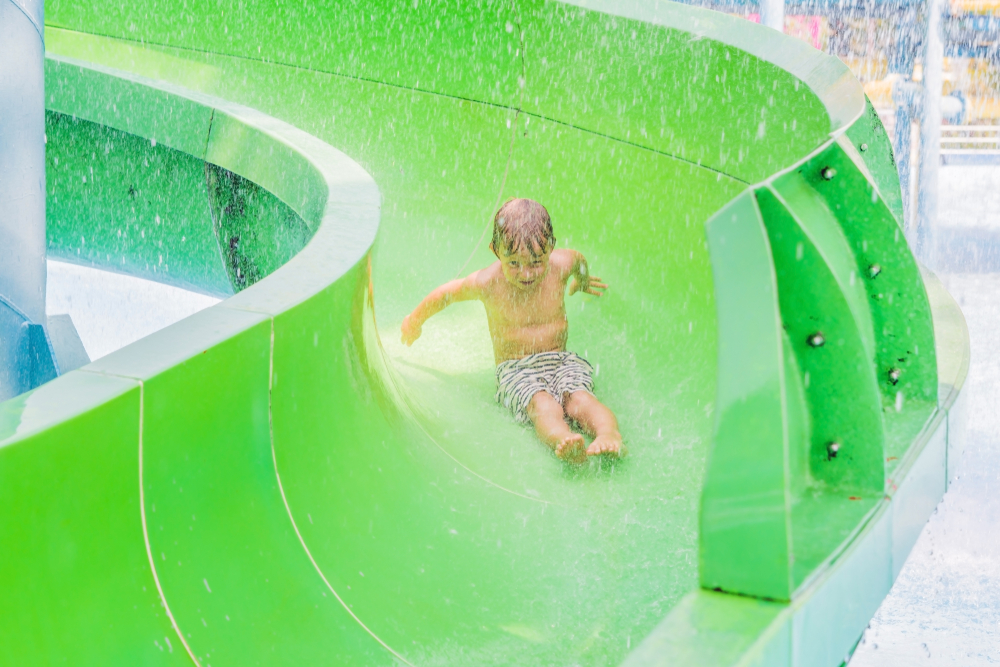 The Wilderness makes this list because it began the indoor water park movement and earns  Wisconsin Dells the deserved title of the Water Park Capital of the World. The indoor park is over 250,000 square feet, and the seasonal outdoor park together make it the world's largest private water park. The Wilderness is only available to guests of its massive resort to lessen wait times. This allows riders to truly enjoy the park. 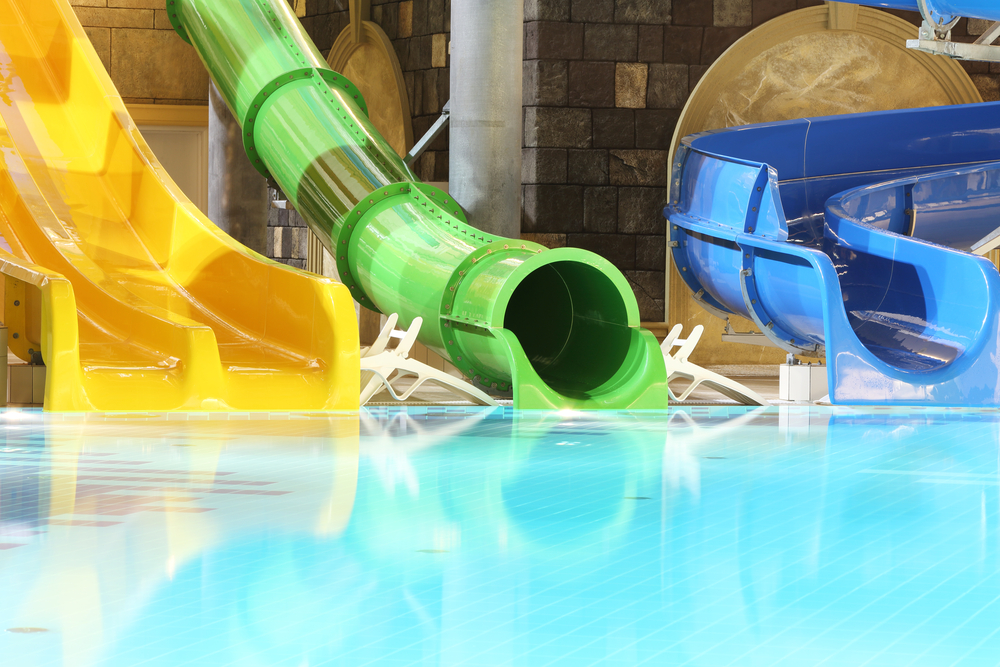 Welcoming over 2.3 million people in 2017, Disney's hurricane-ravaged themed park offers something for everyone including one of the world's largest wave pools in Hideaway Bay. But, the real star is Mount Mayday which provides the elevation for its many water slides while also hiding the plumbing for this featured area of the park. 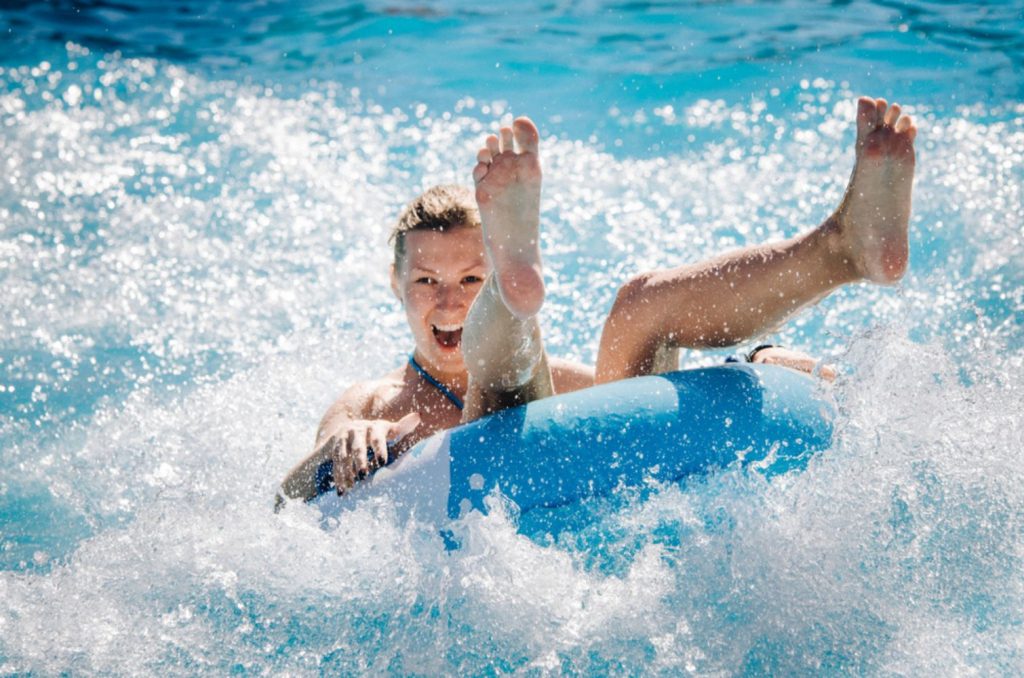 A blizzard hit this water park in 1995, but being Florida, the snow soon melted leaving a lot of water and fun in its wake. Mount Gushmore is the 90-foot mountain that serves as the launching point for some fantastic water slides and lazier attractions at its base. Disney knows its family fun. Like its sister park Typhoon Lagoon, it saw over two million visitors in 2017. This puts it firmly on the podium for most visited water parks worldwide. 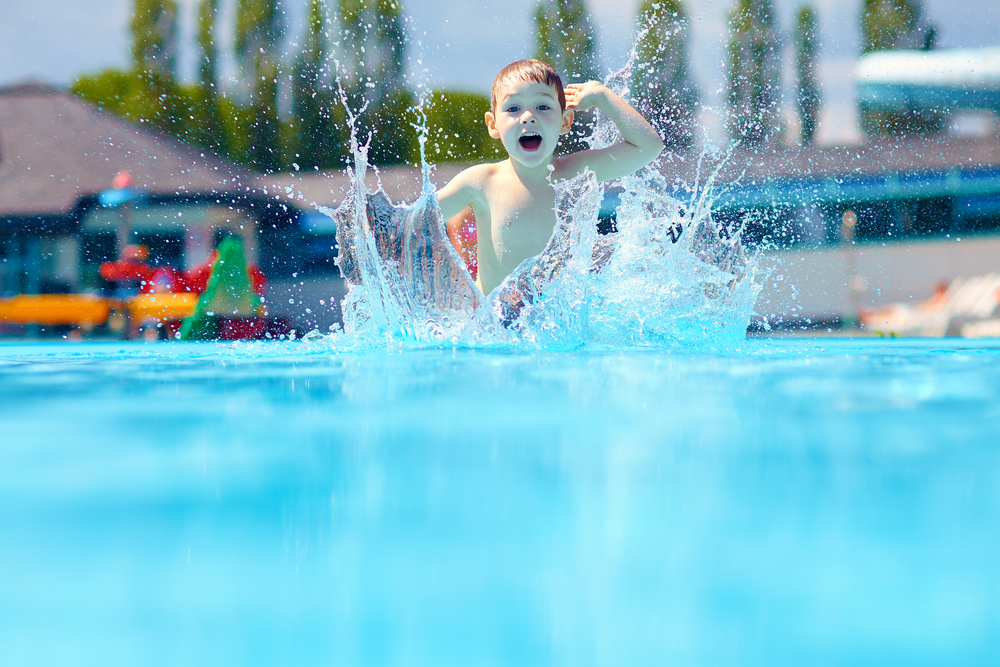 If you have younger kids, Legoland Water Park located outside of San Diego is ideal for you. It brings the interactive nature of the iconic LEGO to the water and the California sunshine. Kids can build their own rafts for a lazy ride down the LEGO river. The water slides are built for the shorter daredevil, and the park guarantees a day of fun for the whole family. 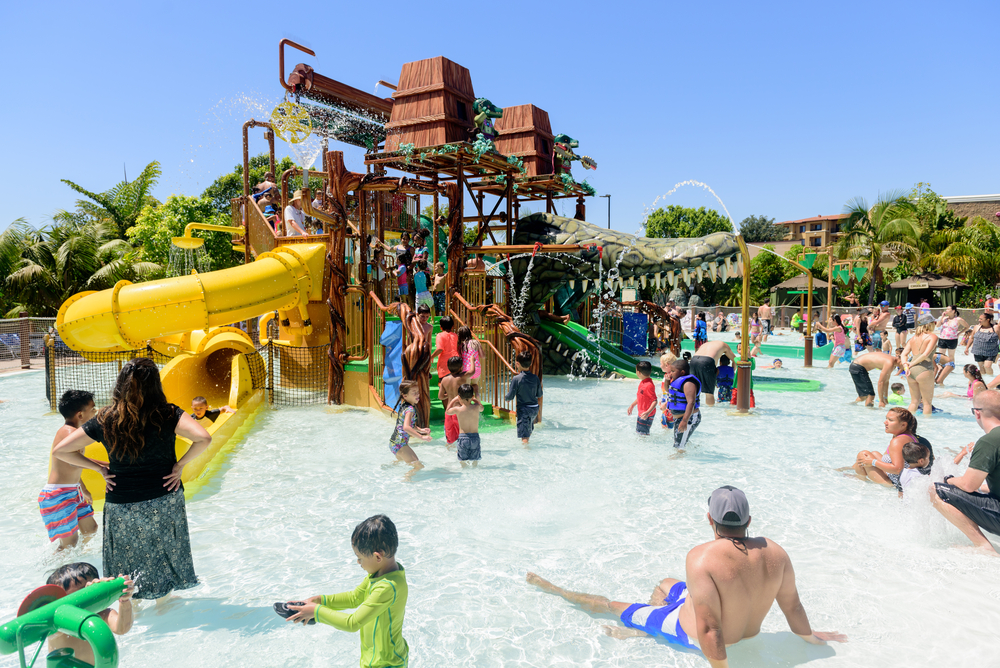 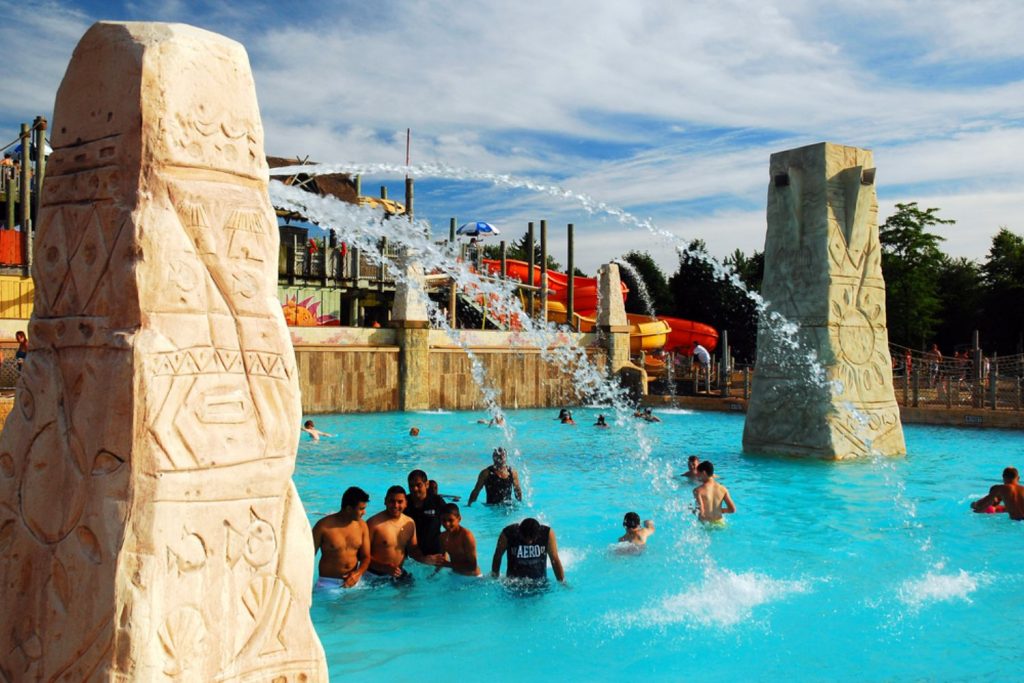 Rides and slides abound in California's largest water park. The hydromagnetic technology driven Aqua Rocket propels you and three friends at over 30 miles-per-hour. It combines a water slide and rollercoaster for maximum thrills. For the less adventurous, the Amazon Adventure is as impressive a lazy river ride as you will find in the United States. 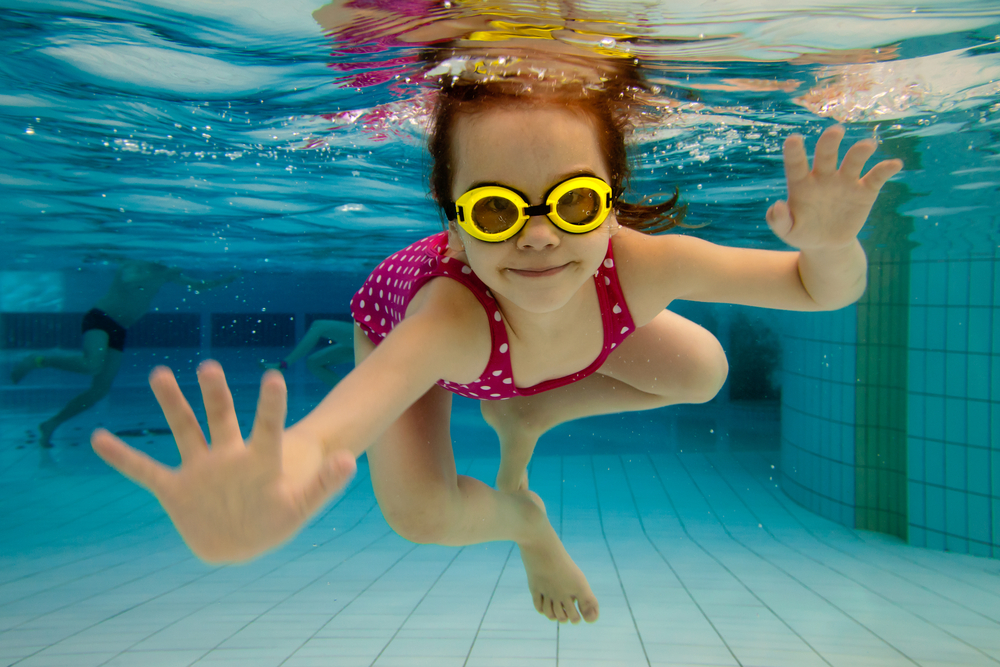 There is something truly special about this park in the foothills of the Smokey Mountains. While designed for the whole family there are some thrills to be found for the older kids and the inner child living in the adults including Fire Tower Falls. River Rush is Tennessee's only water coaster, and it's worth the wait in line. 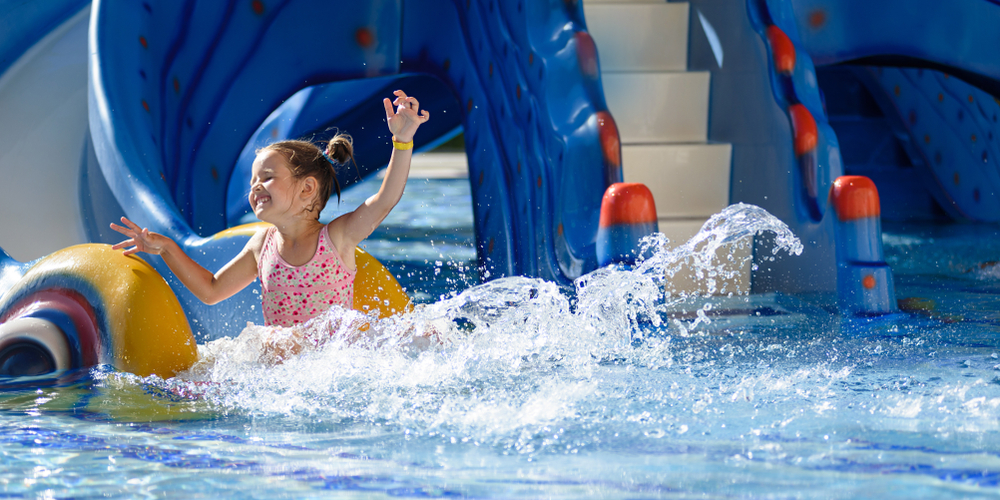 Whether you're a botanist or a thrill seeker, you'll find what you're after at this Orlando water park. Featuring gardens that include over 60,000 plants, side-by-side wave pools this park has everything. The Dolphin Plunge water slide that takes you through a dolphin-filled aquarium gets you ready for your white-knuckled ride on the Omaka Rocka; there is truly something for everyone. 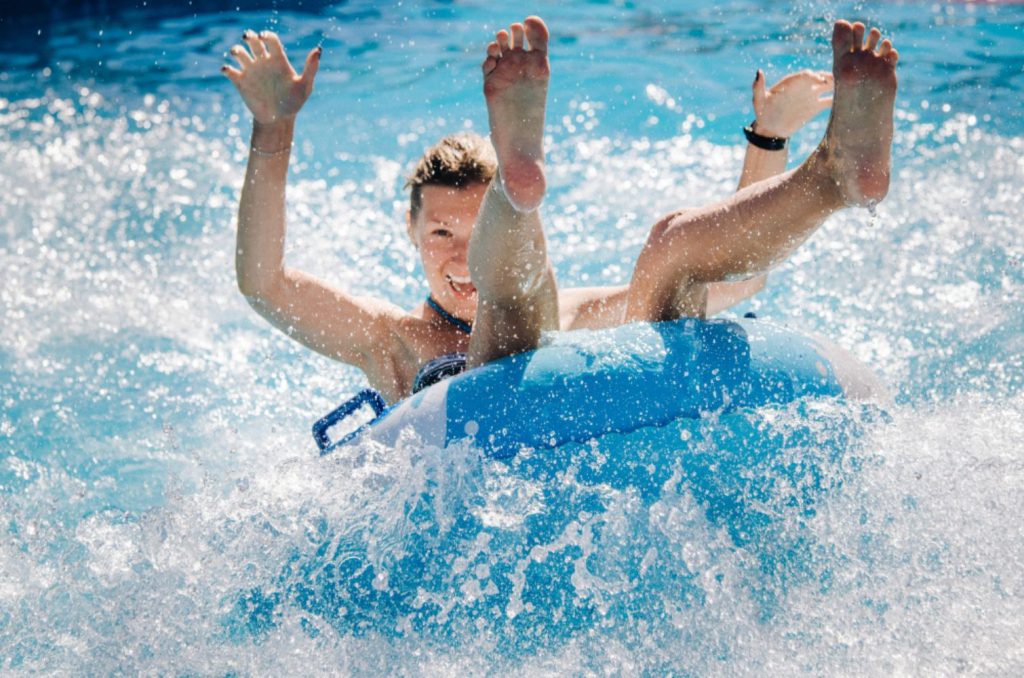 If you ever find yourself designing a genuinely family-friendly water park look no farther than Orlando's Wet n' Wild. While the park has no shortage of screamtastic thrill rides it also houses the largest family water play area in the state of Florida. For the music and water lover, check out Disco H20 where you can float along to 1970's disco flavor. 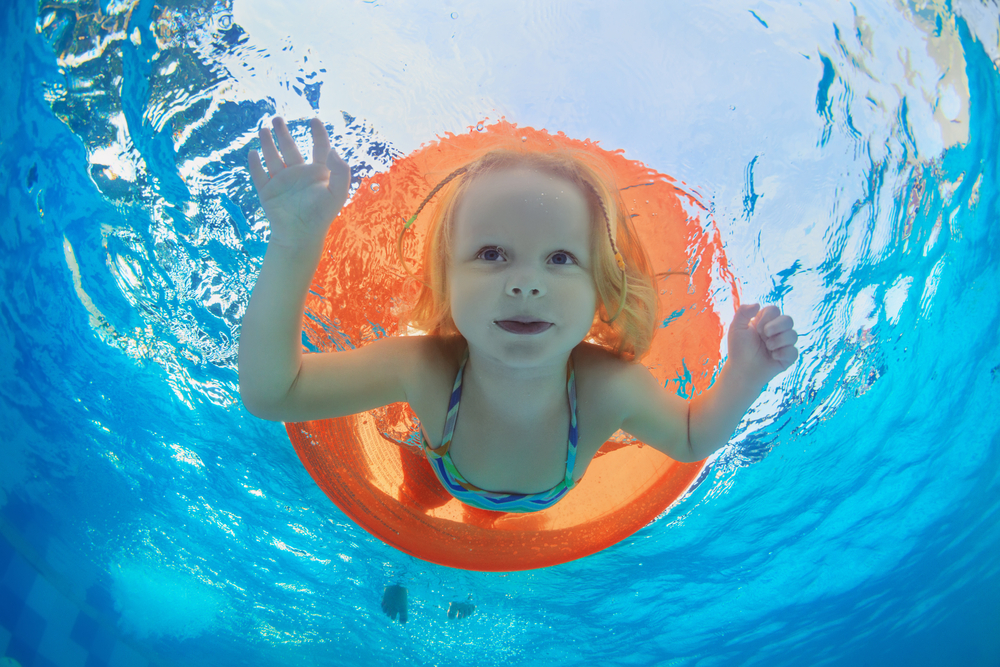