Pork is a great choice of meat because the amount of protein and nutrients found in it is comparable to beef, but it's usually less expensive. Pork soaks up the flavors of whatever it's cooked in and just needs a little extra oil to keep it juicy. Use a meat thermometer to cook pork to an inner temperature of 145 degrees. Most chops cook in less than 30 minutes, making baked pork chop recipes ideal for busy weeknights.

For an easy, hearty meal, prepare pork chops with olive oil, salt, and pepper and place them on a foil-lined rimmed baking sheet. Bake them at 425 degrees for 15 to 20 minutes, until a meat thermometer reads 145 degrees. Put some frozen french fries in the oven at the same time, on a separate baking sheet, and make a green salad while everything cooks. 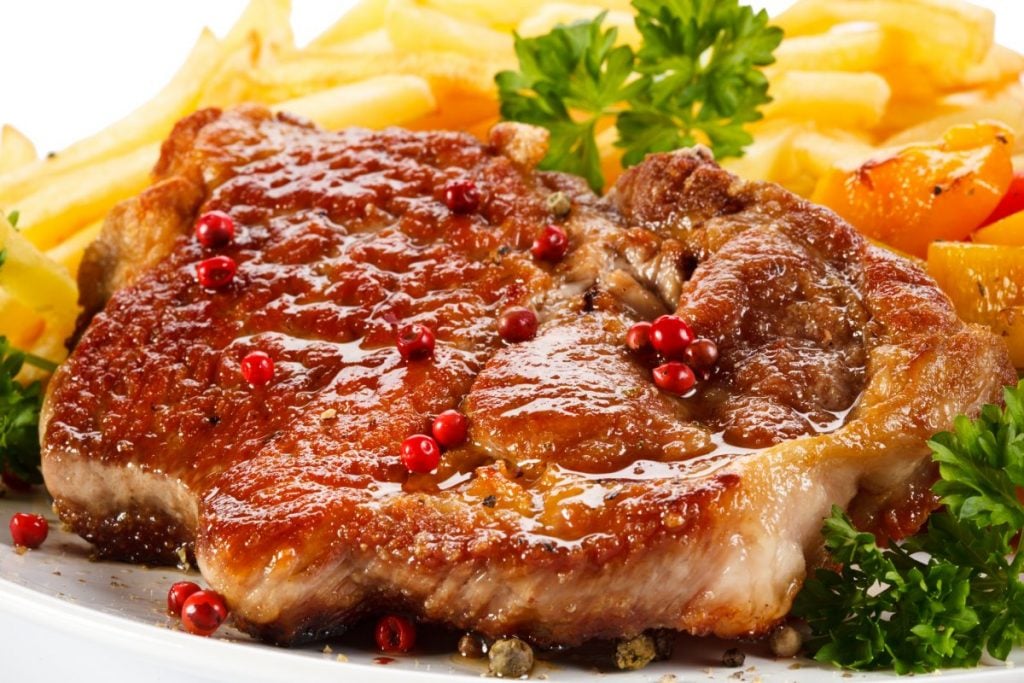