Imagine you were tasked with drawing an exotic animal you'd never seen before. With a little luck, it might look a bit better than something from a child's imagination. Now, imagine a similar scenario, except you have to draw an animal based on journal entries of explorers who've been to lands you'll likely never see. What would a whale look like if it was almost impossible to get a glimpse of it in its natural surroundings? It's easy to laugh at historically inaccurate drawings of animals, but keep in mind before the camera, historic records — especially drawings — were subjective at best. Think you could fare any better given the circumstances?

Medieval bestiaries were books that included both real and fantastical beasts. But, often, the lines between the two were a bit blurred when it came to accurate depictions. The big spotted cat preying on the stag in this illustration is some kind of strange, leopard-lion hybrid. 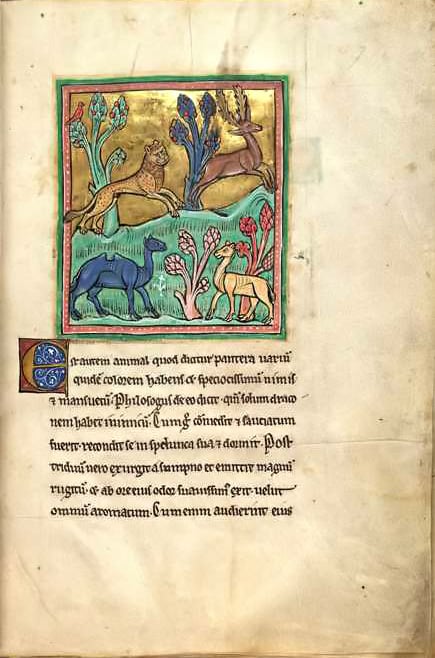