The first thing you need to know about raccoon dogs is that they are neither raccoons nor dogs⁠—kind of like how Grapenuts cereal contains neither grapes nor nuts. Native to Asia and known as “tanuki” in Japan, they got their English name because of their resemblance to both wild raccoons and domestic dogs. Although they aren’t closely related to either, they do, however, belong to the canid family, which includes wolves and foxes. There are five subspecies of these cuddly-looking omnivores, which you can find in just about any environment⁠—from wetlands and forests to farmlands and urban areas.

Instead of barking like their distant canine cousins, raccoon dogs whimper and whine. These vocalizations, which sound more cat-like than dog-like, signal either friendliness or submissiveness. When threatened, however, they growl and hiss. Recently, there have been reports of two raccoon dogs terrorizing an English town with “blood-curdling screams” in the middle of the night. 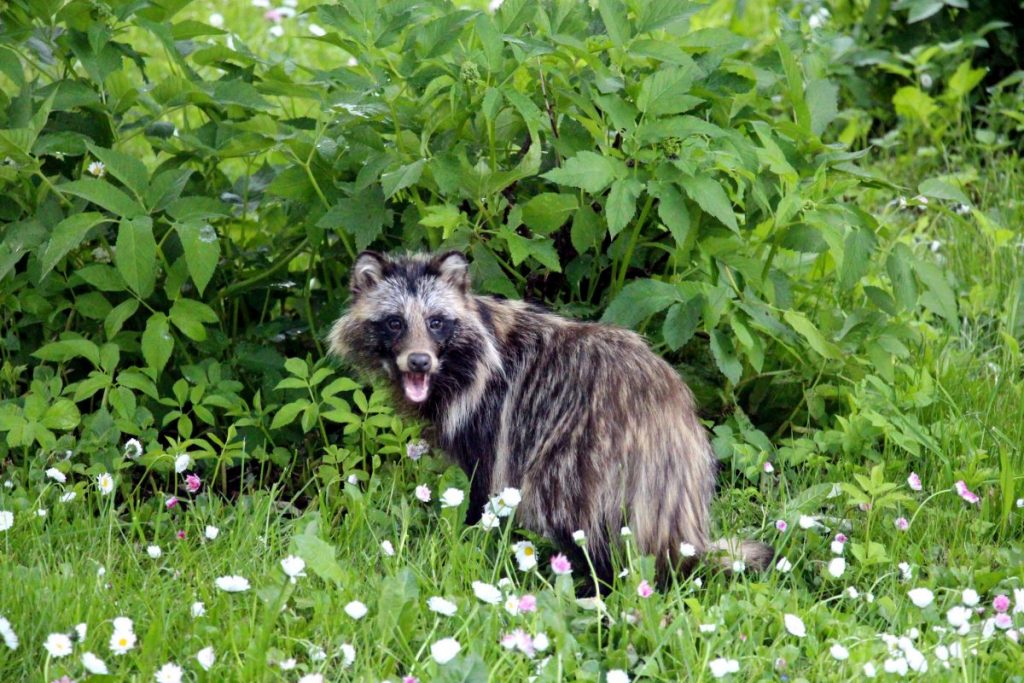