Mermaids have been around as long as humans have told stories of the open sea. As early as 1,700 BCE the Babylonians worshiped a god with a human-like torso and the tail of a fish below the waist. Ancient sailors described alluring women who beckoned to them from the waves. Mermaids and mermen have been spotted in every one of the earth's oceans over the centuries, from feudal Japan to medieval Scotland, from Chile in the south to Alaska in the north, in almost every ocean, river or lake in the world. But the question remains. Are mermaids real?

An Assyrian legend from 2,500 BCE concerns a goddess named Atargatis who transforms herself into a mermaid out of shame for accidentally killing her human lover. Mermaids are a part of Greek, Celtic, Egyptian, Japanese, Inuit, and Hindu traditions. The Hindus revere a mermaid goddess to this day. In the famous book of tales, the One Thousand and One Nights, mermaids are described as having the face and hair of a woman but "they had tails like fishes." 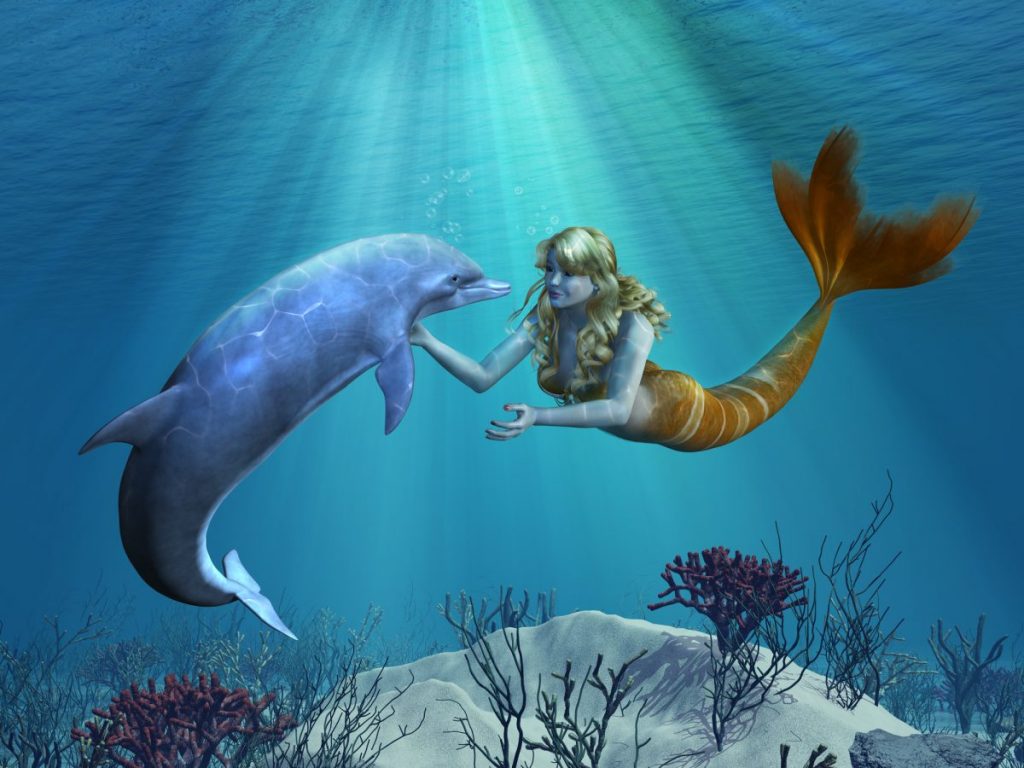