Top Tips On How To Always Keep Your TV Screen Clean

Who among us doesn't own at least one TV? They are essential to many households and used daily for things such as watching movies, catching up with the news, or playing video games. Not unlike other electronic devices, a television will eventually begin to collect dirt, dust, and fingerprints. A dirty TV is not beneficial to anyone, so knowing how to clean your television correctly could be a very important tool in your arsenal.

The remote control can quickly become much dirtier than the TV screen itself because it is being picked up and used multiple times throughout the day, usually by various people. This allows the remote control to gather germs and bacteria, making it a potential hazard. First, remove the batteries from the remote, then wipe it down with a damp cloth and get between the buttons using a cotton swab. 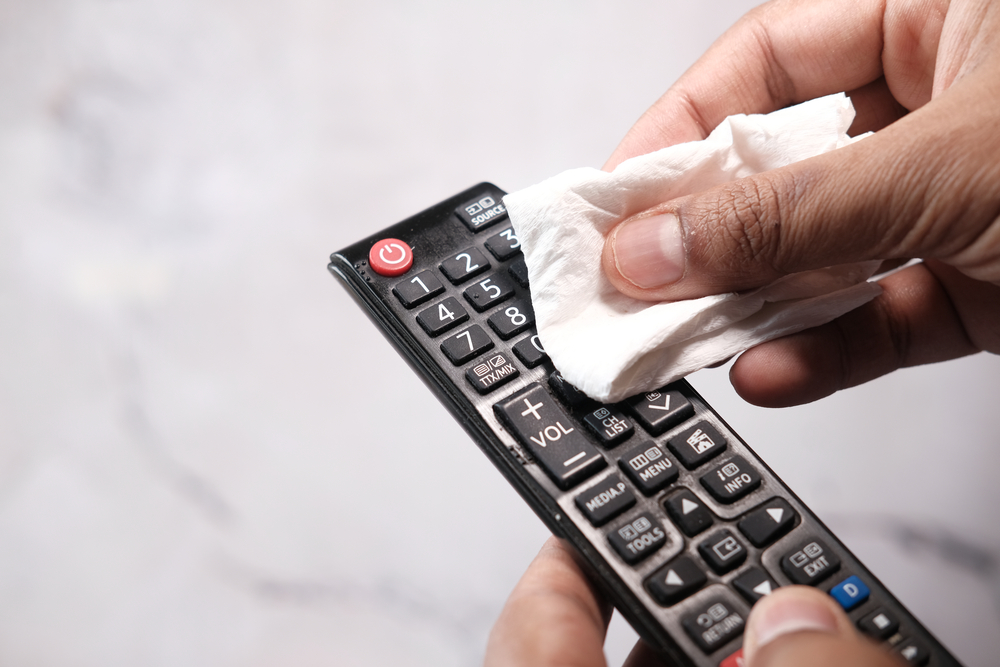