Meat eating animals can be scavengers or hunters or a combination of both. Paleontologists think that velociraptors were hunters because of the specialized claws they evolved. Scavengers do not need to have large claws to bring down prey which is escaping from them. But velociraptors had a distinctive claw on their back feet, thought to be used as a slashing weapon to attack prey. Marks have been found on fossil bones from large dinosaurs, which are thought to be marks from the teeth of velociraptors. As the large dinosaurs were too big for velociraptors to bring down, they must have been scavenging from the remains. Many scientists conclude that velociraptors were hunters, but would also scavenge when they had the chance of an easy meal. 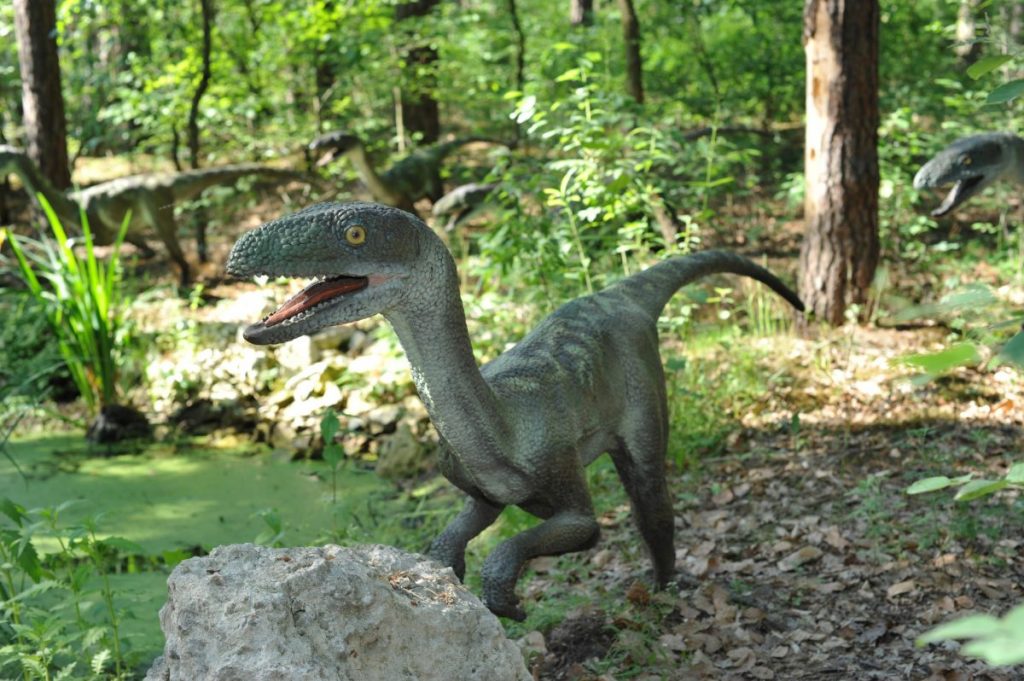