What Are the Tallest Mountains In The World?

Known as Sagarmatha in Nepal and Chomolungma in Tibet, the western world knows the tallest mountain as Everest. Named after Edmund Hillary - the first confirmed climber to reach the peak in 1953, the mountain used to be called simply Peak XV. Accompanied by a local Sherpa Tenzing Norgay, it took the two men a total of seven weeks to summit. The 8,848 meter (29,029 feet) mountain has claimed over 297 lives as people struggle to reach the top. Due to the freezing temperatures, Everest's top is permanently capped in snow and ice which has proven fatal for some climbers. Most climbers struggle with the low temperatures and the low oxygen levels as they climb. Usually, people take oxygen tanks to help them breathe, but in 1978 Reinhold Messner was the first climber to reach the peak without an oxygen tank. 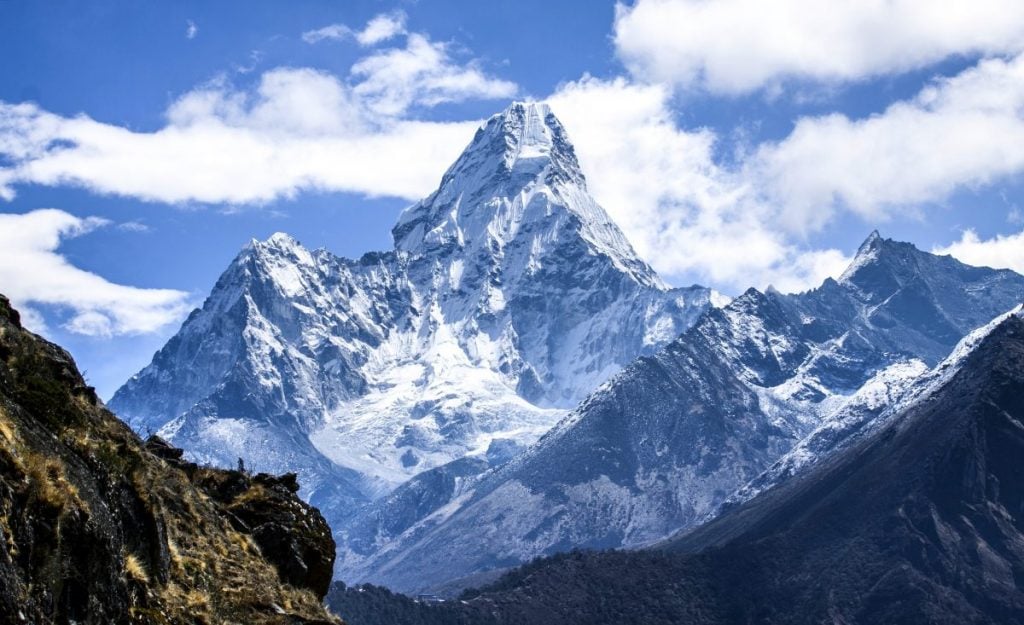