The lunar cycle is how we describe the visible change of shape the Moon takes as viewed from earth. We only see the Moon at all because light from the sun is reflected directly back to us. Within a month, the moon completes one full circle around the earth. This is known as a full lunar cycle and has been tracked by humans throughout history as a way of charting the earth's movement through space, and our movements on earth.

The length of a lunation, or the moon going from phase to phase, is 29.5305882 days on average. Also known as the "synodic period," this is the period of time the orbit takes from inside our solar system. But if you're watching from outside of the solar system, the time it takes is 27.3217 days. This is known as the "sidereal period" and is two days less than the synodic period. Why are these different? Simply put, not only is the moon always moving but so is the earth. As the moon completes its cycle, the earth has also moved along its orbit of the sun, which then changes our viewing angle. 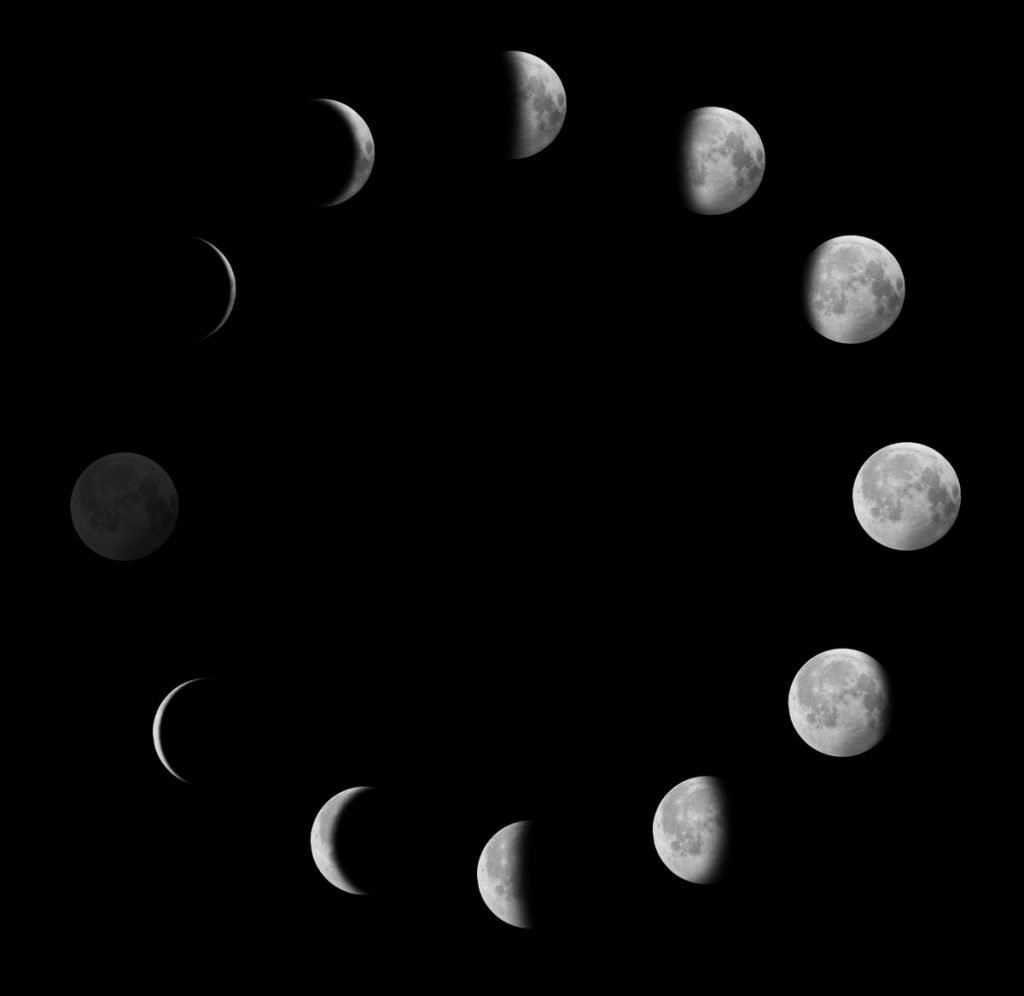