The Great Pyrenees is known by many names, including Pyrenean Mountain dog and Patou, which means shepherd in French. However, those that love the breed affectionately refer to them as Pyrs. For centuries they worked to protect flocks of sheep, but today they are better known as family dogs. Their striking good looks have made them a popular addition to Japanese anime series; perhaps the most well-known Pyr is Duke, who served four consecutive terms as the ceremonial Mayor of Cormorant Township, Minnesota.

1. Great Pyrenees Dogs at a Glance

Pyrs are a large breed, with males growing up to 32 inches and generally weighing 100 pounds or more. They have floppy ears and a white coat, which can come with markings of gray, tan or brown. This coat forms a thick ruff of mane around the neck and shoulders, which was useful while guarding sheep as it stopped wolves being able to get a good grip on their necks. The ruff is more pronounced on males of the breed. 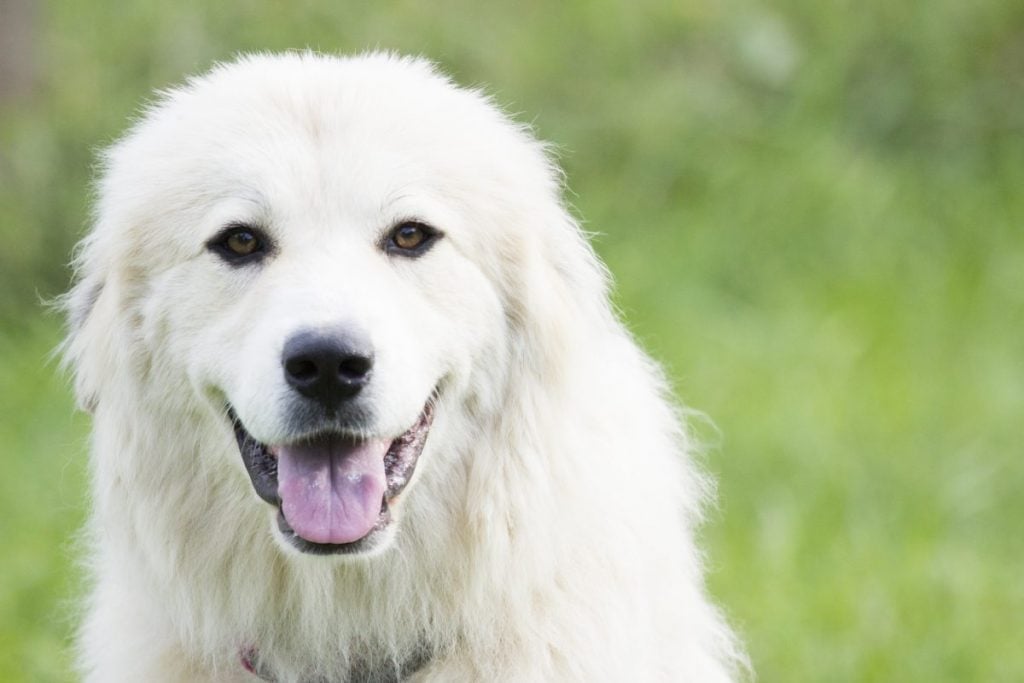